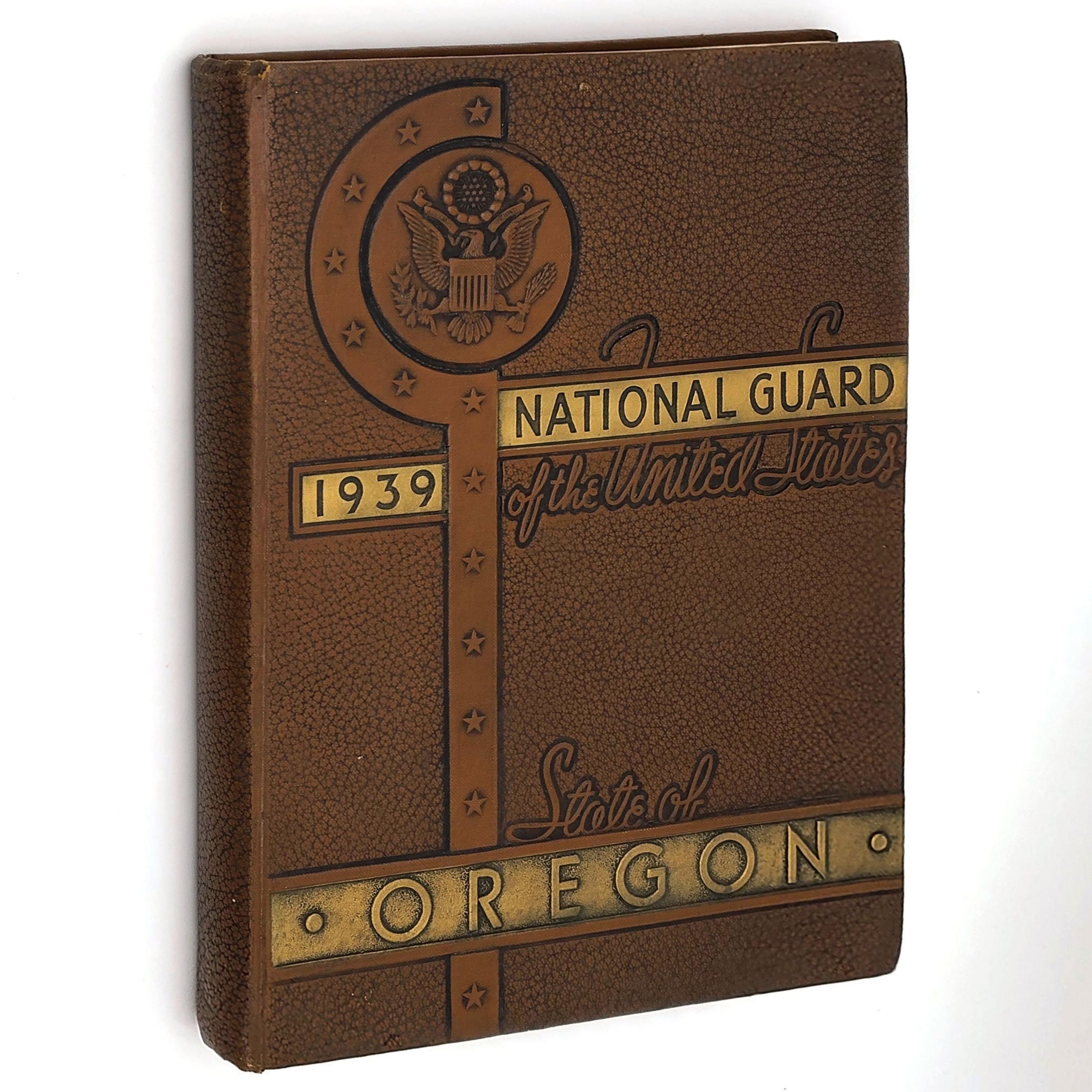 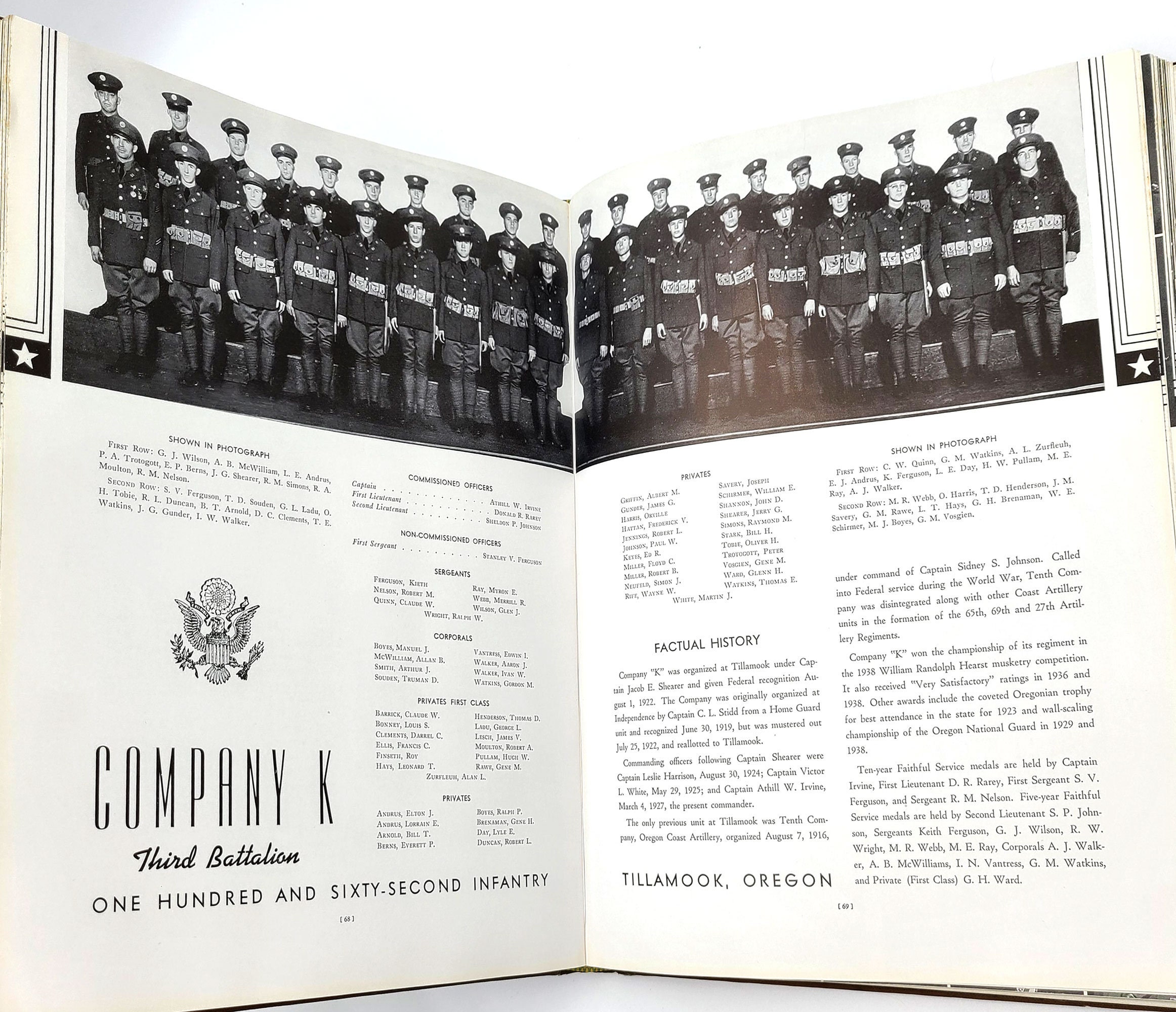 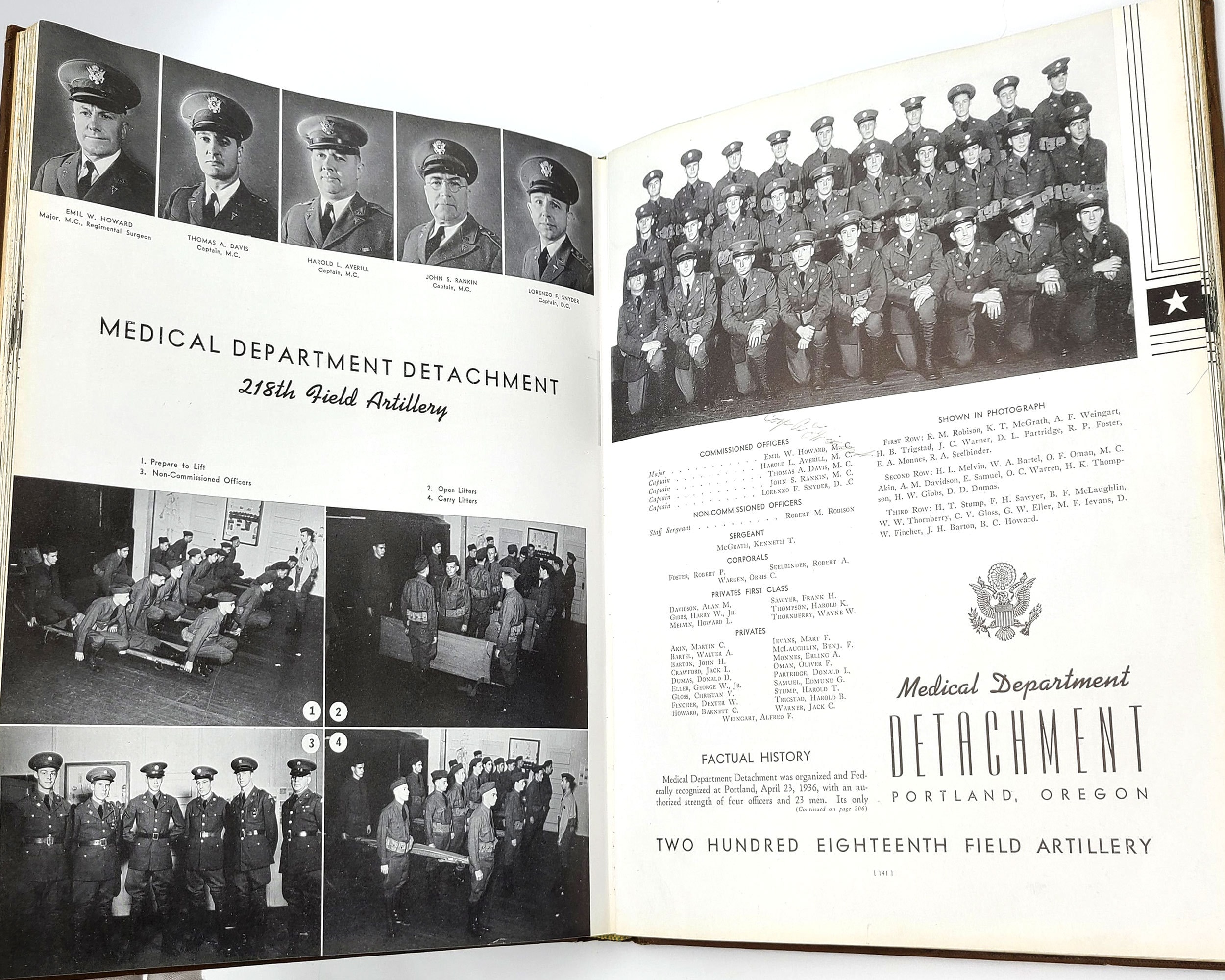 Title: Historical Annual - National Guard of the State of Oregon 1939

Description: Brown boards. Book is a tad bowed. Endpapers slightly grubby and aside from a couple signatures the interior is clean. 218 pages. 12 x 9 inches.

1939 yearbook for the Oregon National Guard, including identified photographs for the officers of the Northwestern/41st Division and fully identified group photographs for each of the companies in the 162nd and 168th Infantry Regiments, 218th Field Artillery, and 249th Coast Artillery. Also includes a 30-page history of the ONG.

Copy belonged to Corporal/Sergeant Orris C. Warren, a member of the Medical Department Detachment of the 218th Field Artillery. Signed by Capt. [Dr.] Thomas A. Davis (a well-known Portland physician).

Two certificates are laid-in, one for the appointment of Orris Warren to the rank of Corporal (1937) and one to the rank of Sergent (1939), both signed by Colonel William D. Jackson (who eventually retired after forty years with the rank of Major General).