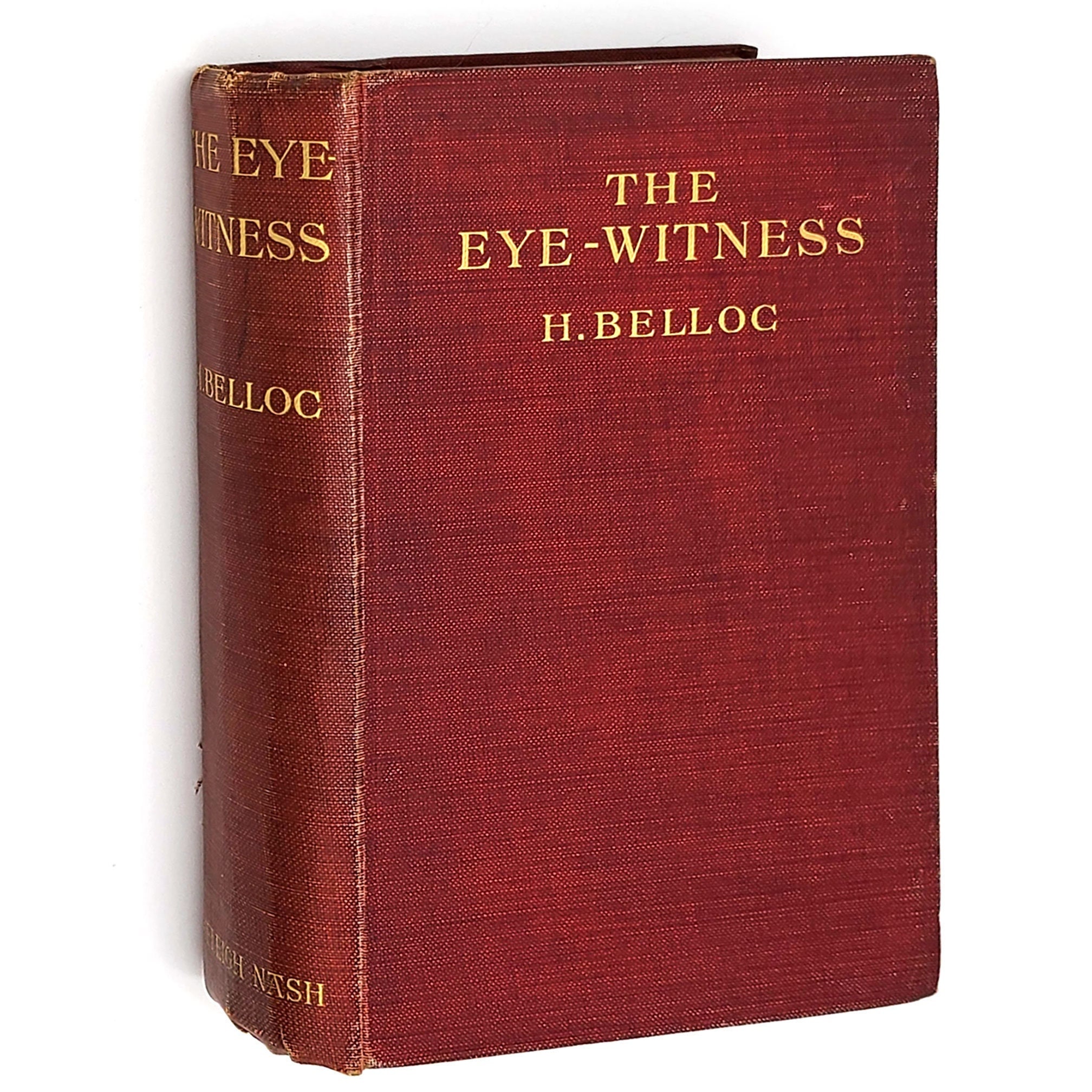 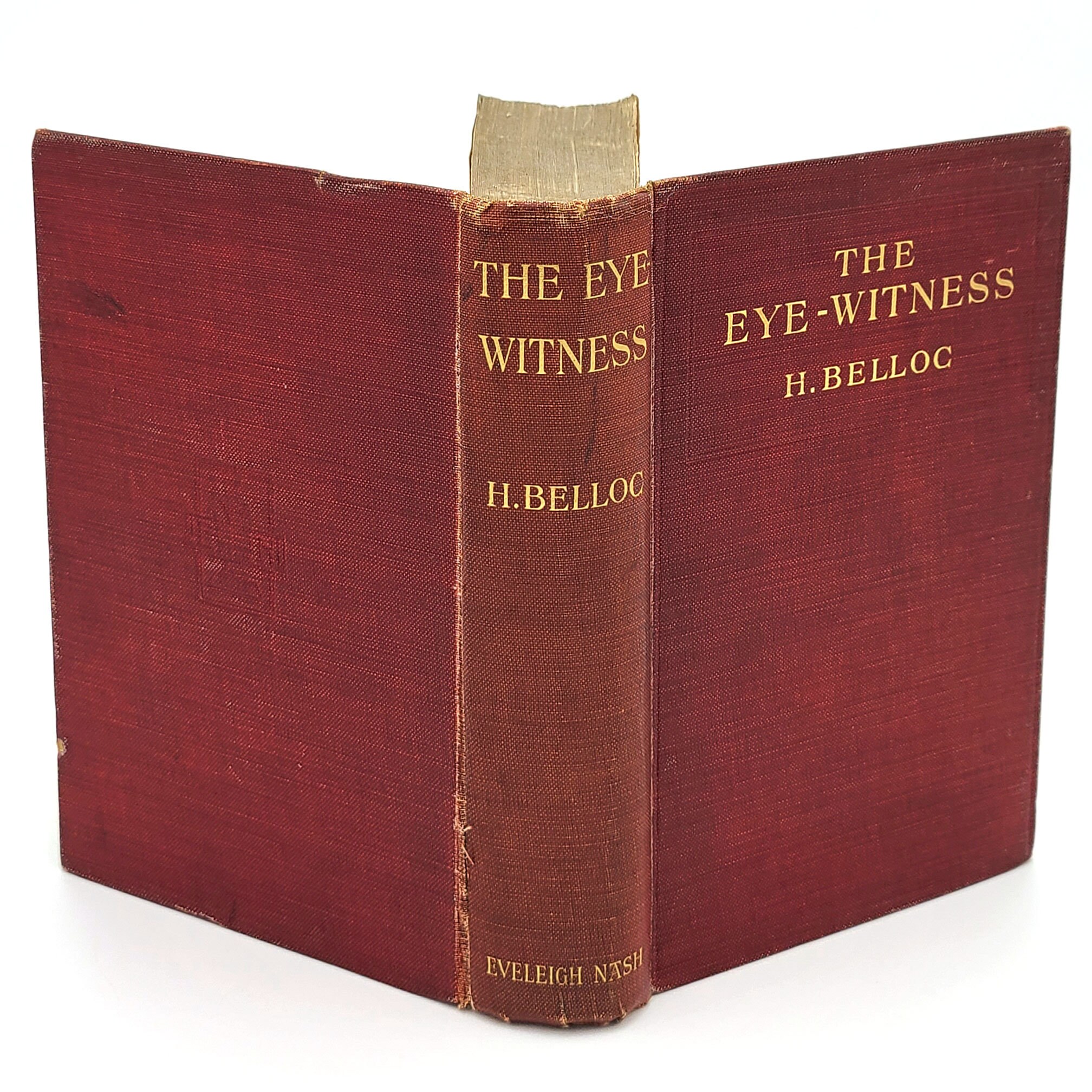 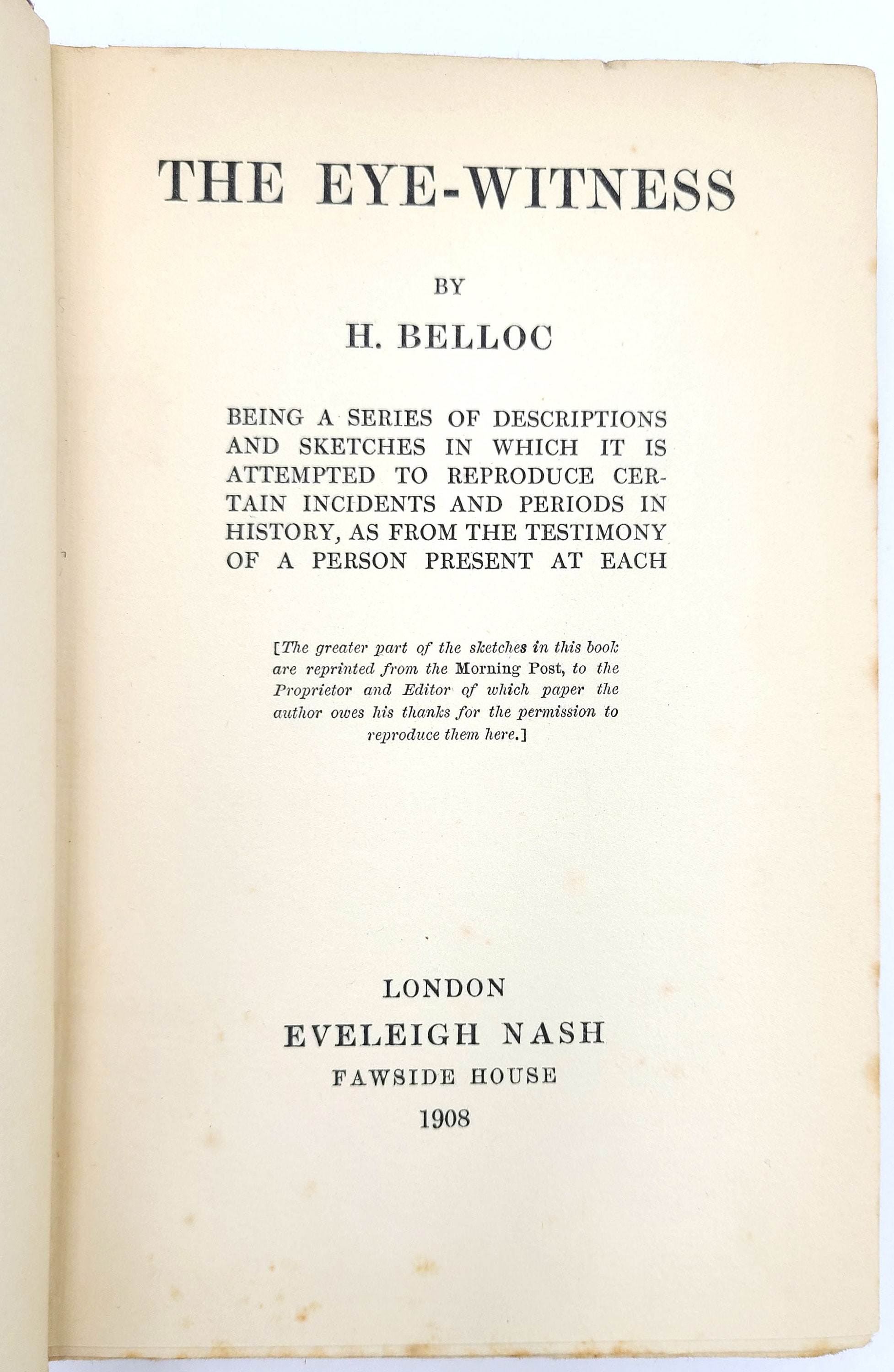 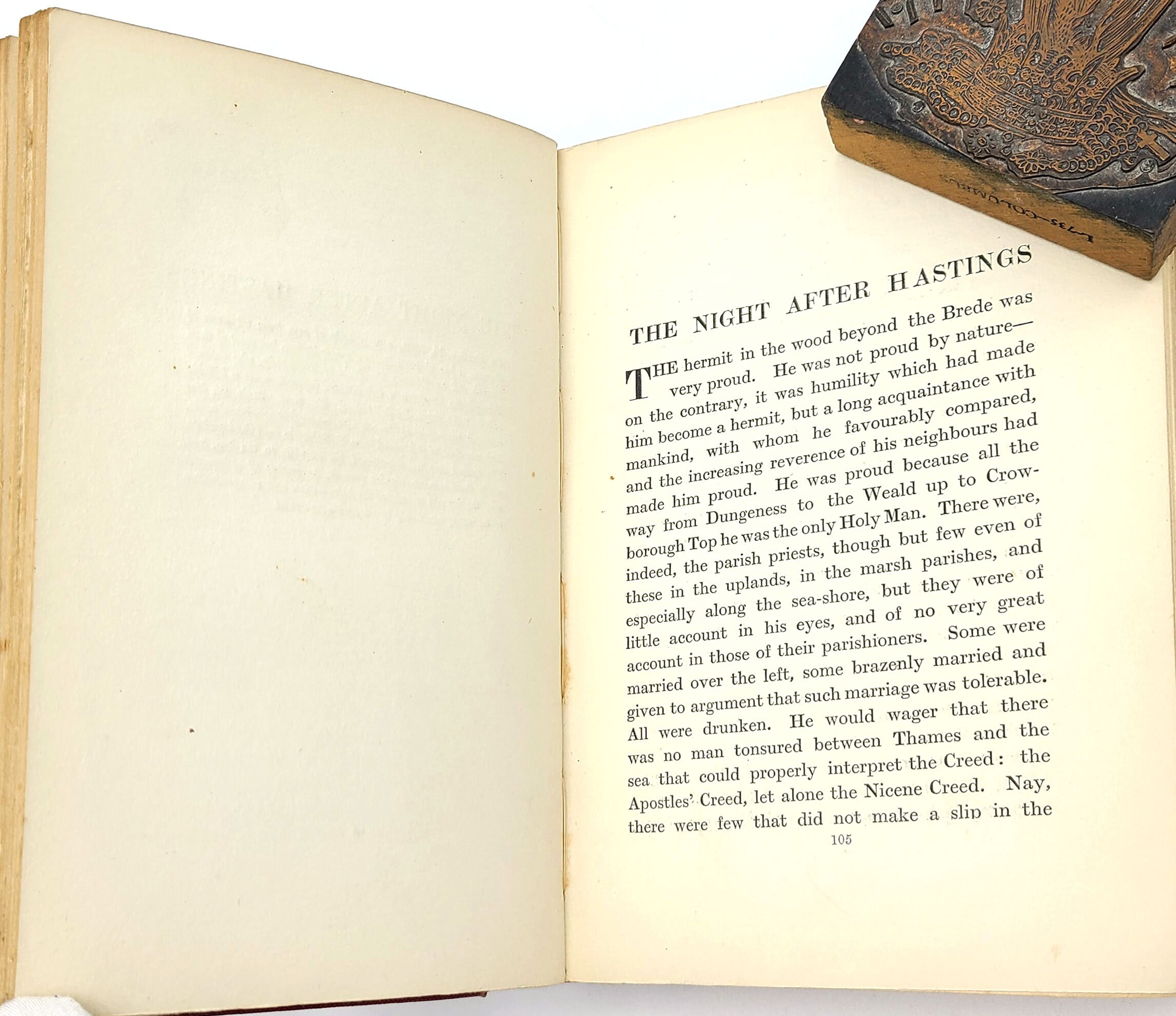 Title: The Eye-Witness: being a series of descriptions and sketches in which it is attempted to reproduce certain incidents and periods in history, as from the testimony of a person present at each

Inscribed in 1910 by Maurice Benington Reckitt (1888-1980), a leading English Anglo-Catholic and Christian socialist writer, to his sister Eva Collet Reckitt (1890-1976) on her twentieth birthday. Eva founded the radical left-wing bookshop Collet's on Charing Cross Road in 1933 and was under MI5 surveillance between 1923 and 1953.

Belloc's sketches of events, as if from the testimony of eyewitnesses, at many interesting points in history. He begins with two soldiers at the departure of Julius Caesar for the Invasion of Britain (55 AD), and works his way chronologically forward in time. From Christian martyrdom in northern Africa (179), to the night after the Battle of Hastings (1066), the signing of the Magna Carta (1215), the end of Henry IV (1413), the execution of Marie Antoinette (1793), Napoleon at Madrid (1818), and many other particular dates stretching up through the centuries.