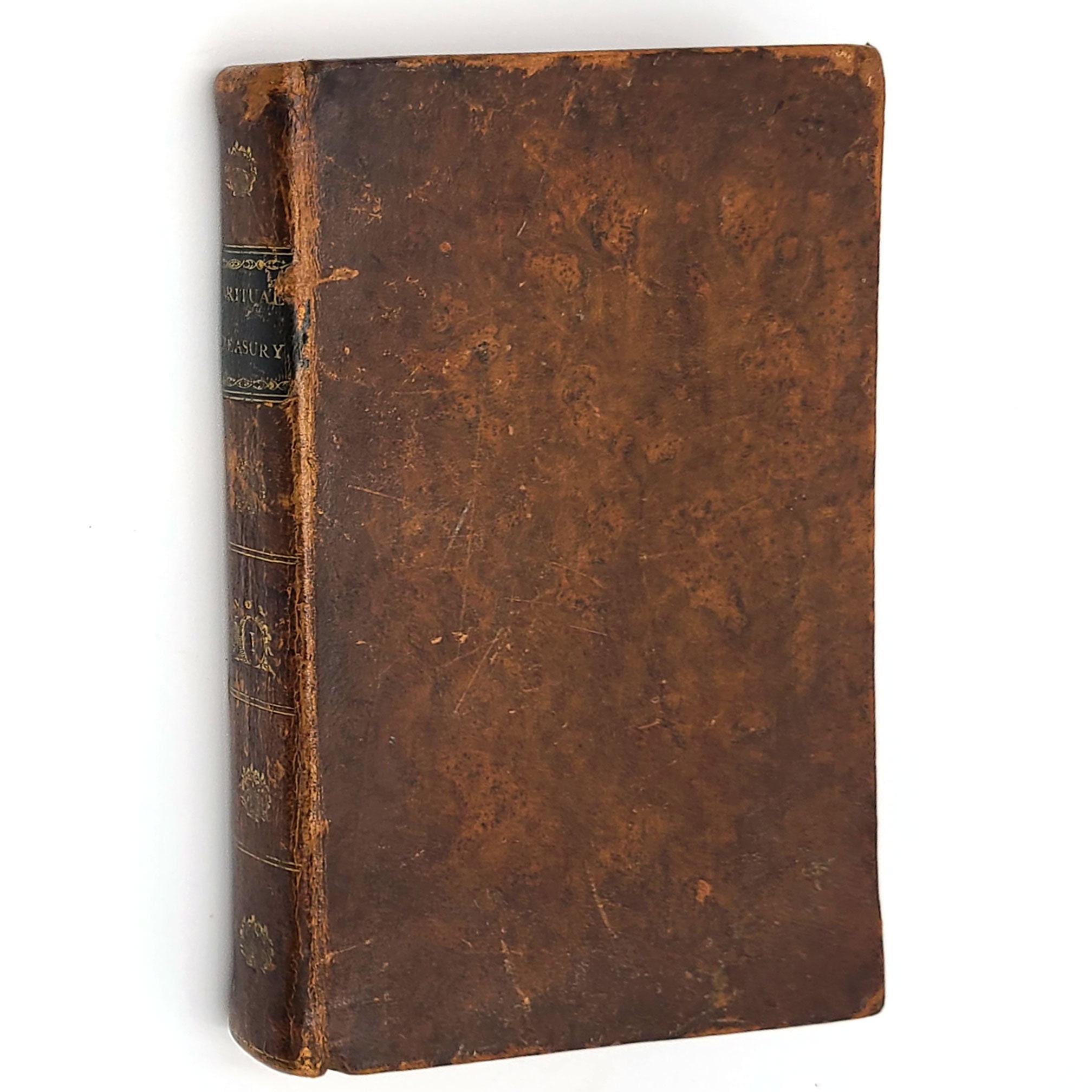 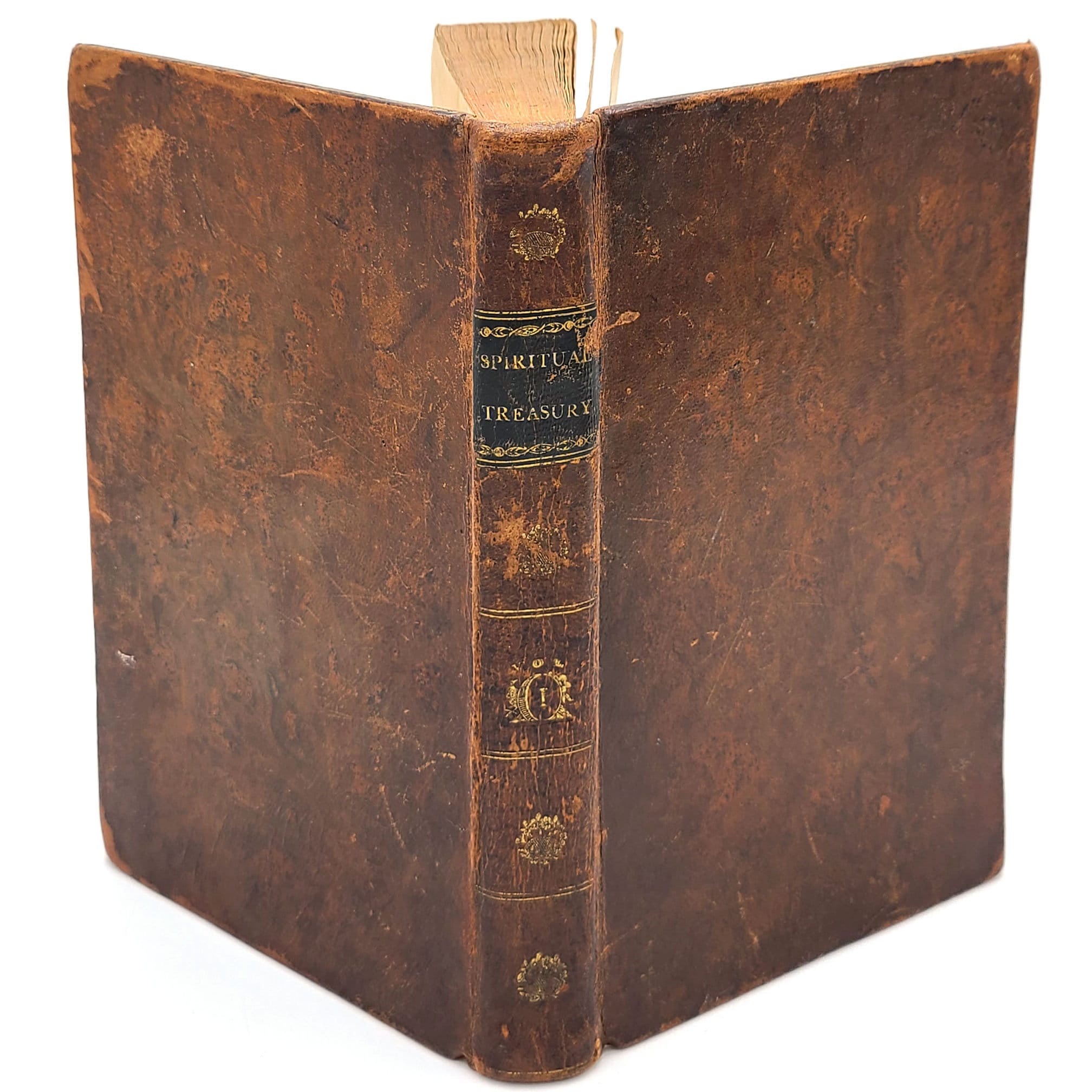 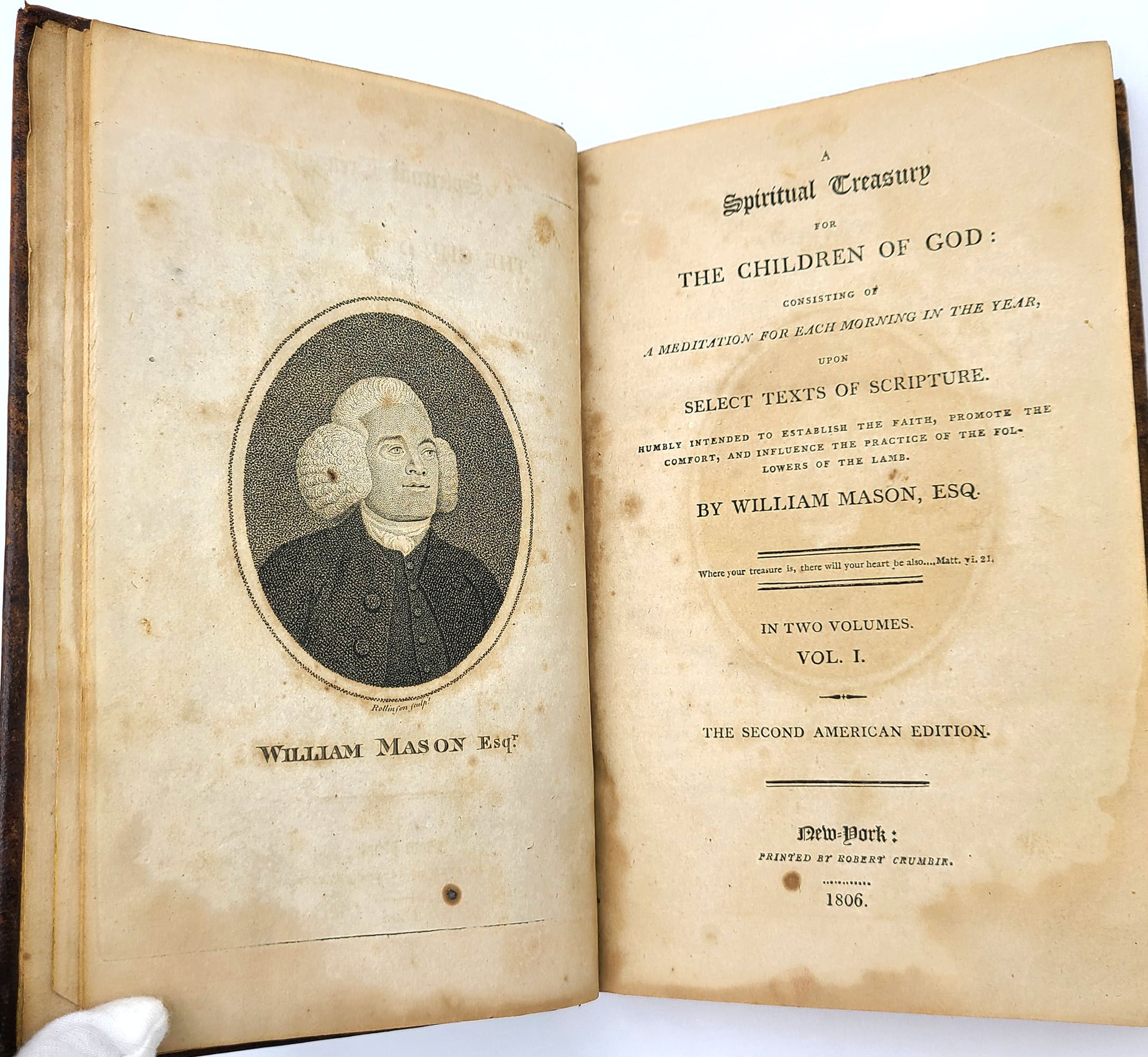 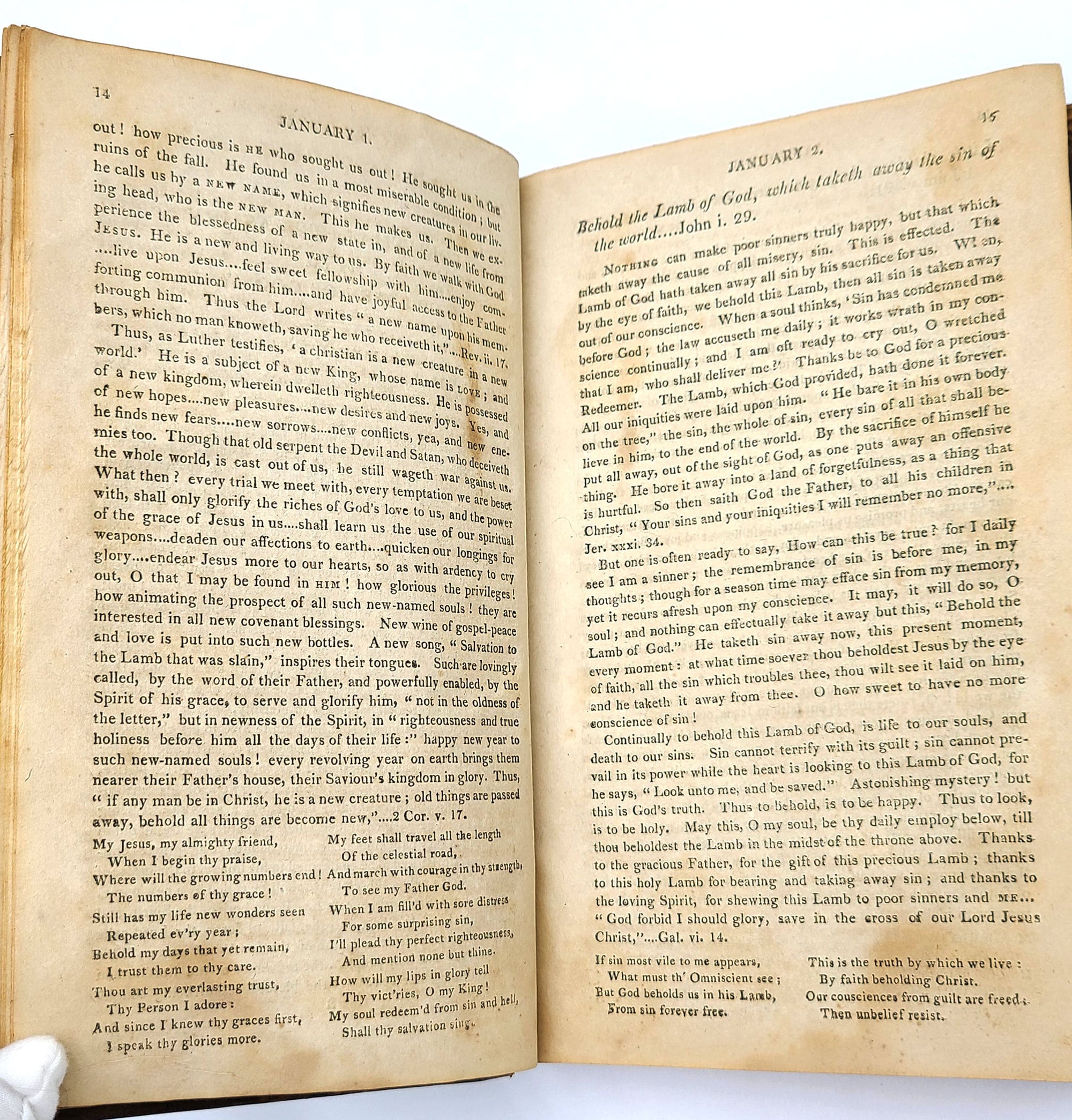 Title: A Spiritual Treasury for The Children of God [Vol. I.]: consisting of a meditation for each morning in the year, upon select texts of scripture. Humbly intended to establish the faith, promote the comfort, and influence the practice of followers of the Lamb.

Daily morning meditations for Christians for each day of the year, January 1 through December 31, plus February 29 for leap-years.

William Mason (1719-1791) was born at Rotherhithe, Surrey, England. Having grown disillusioned with Wesleyanism in the 1740s, he began his association with influential Calvinistic-Methodists George Whitefield, William Romaine (here, the author of the preface), and others. He became the editor of The Gospel Magazine in 1777 in which he first published his ''Notes on Bunyan's Pilgrim's Progress.''