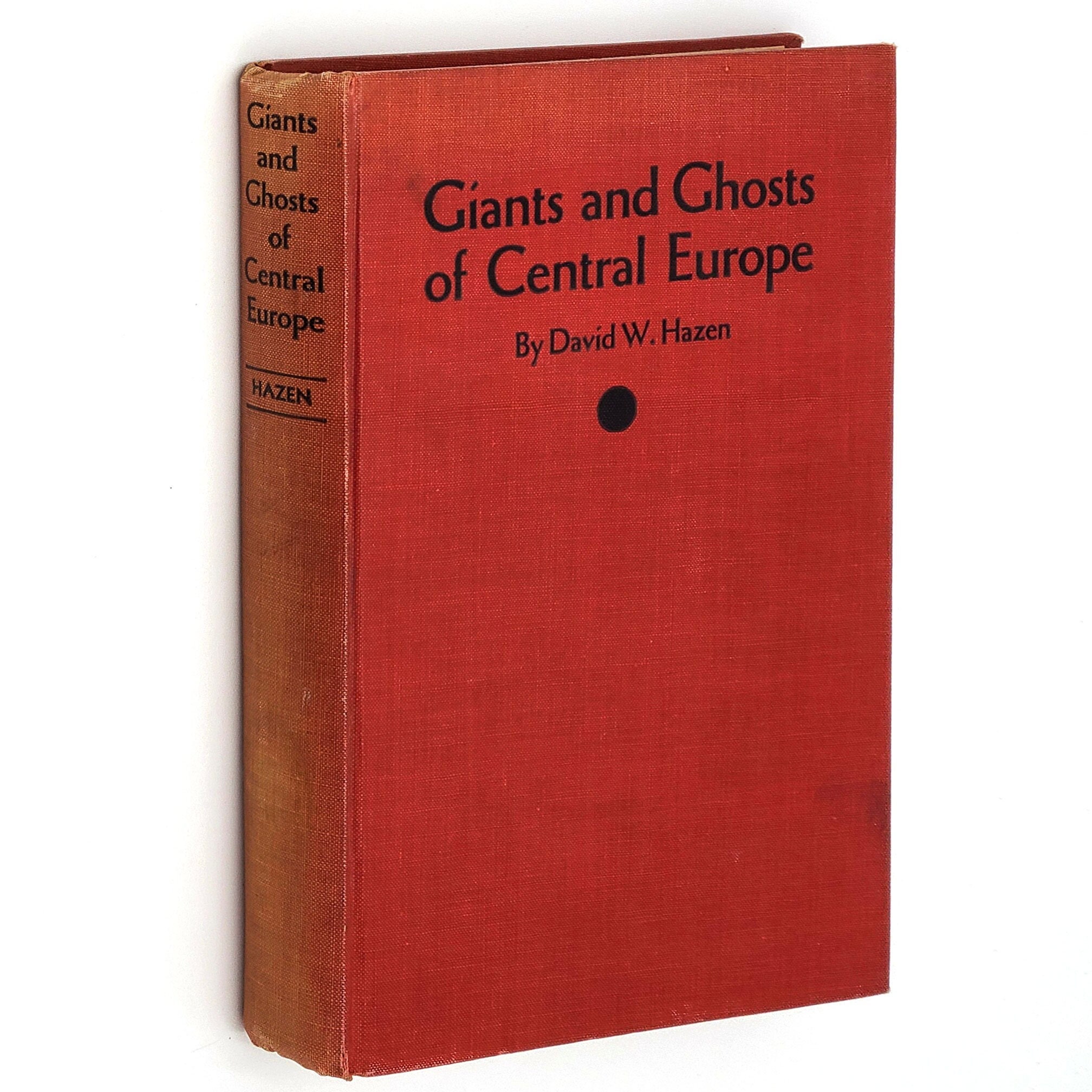 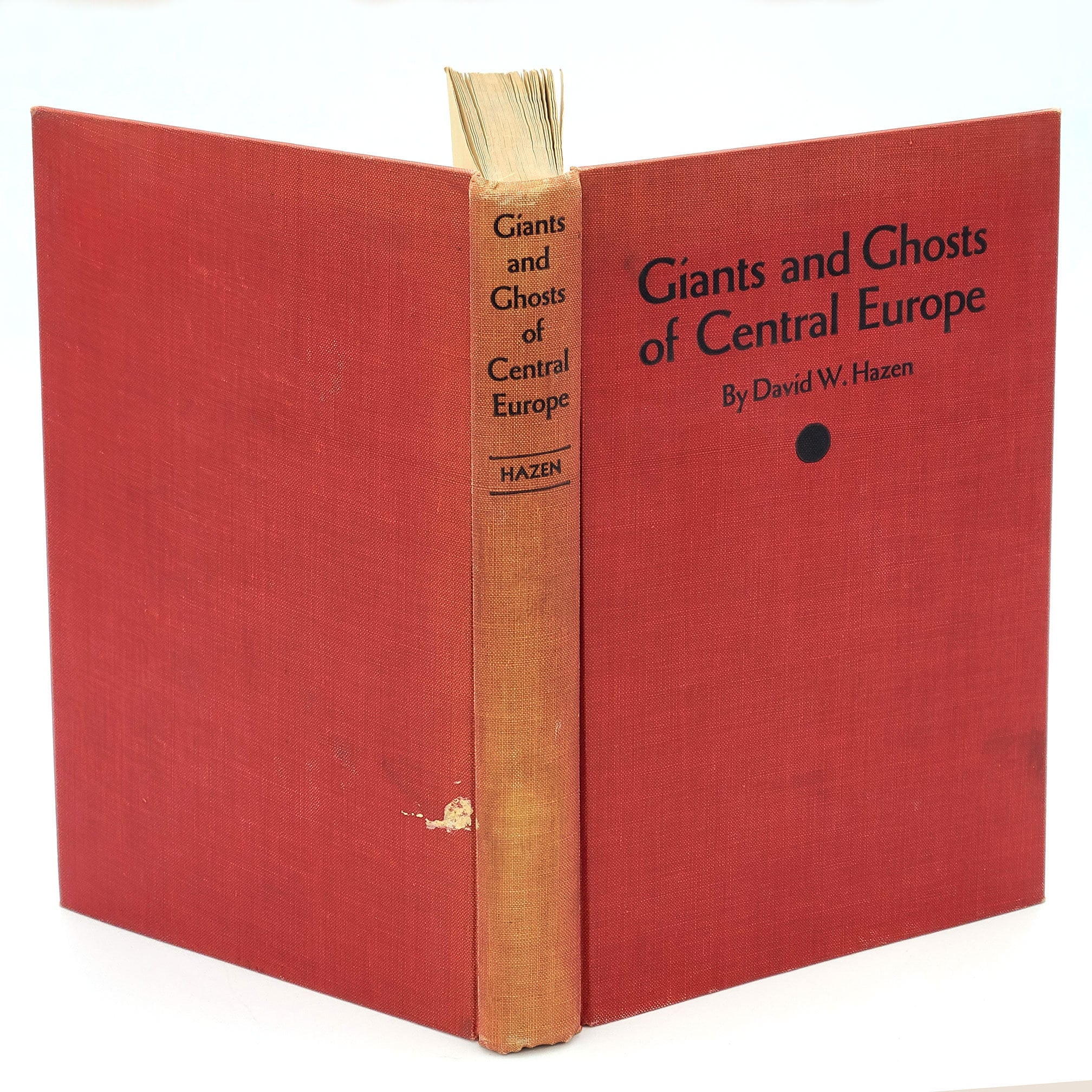 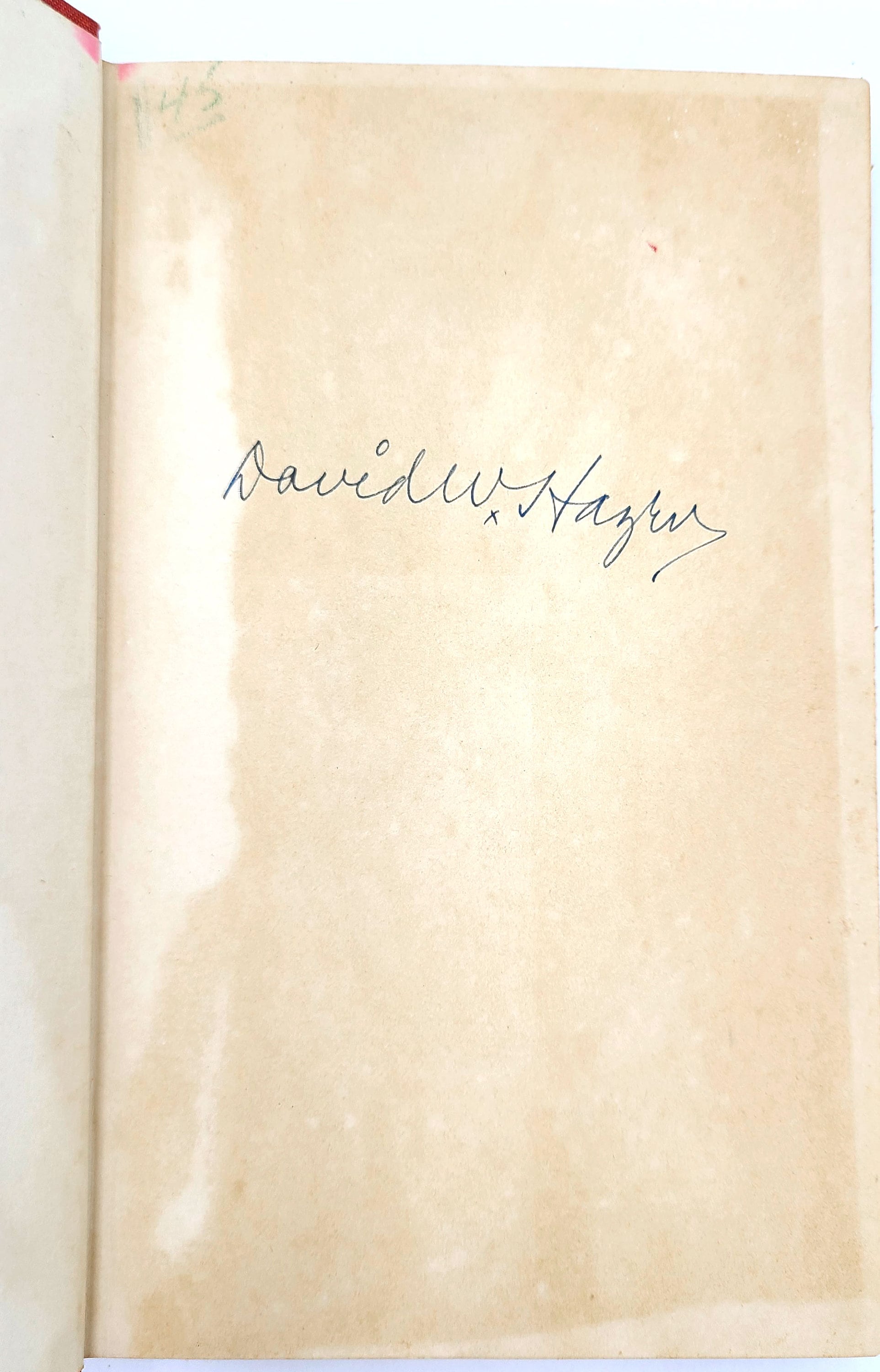 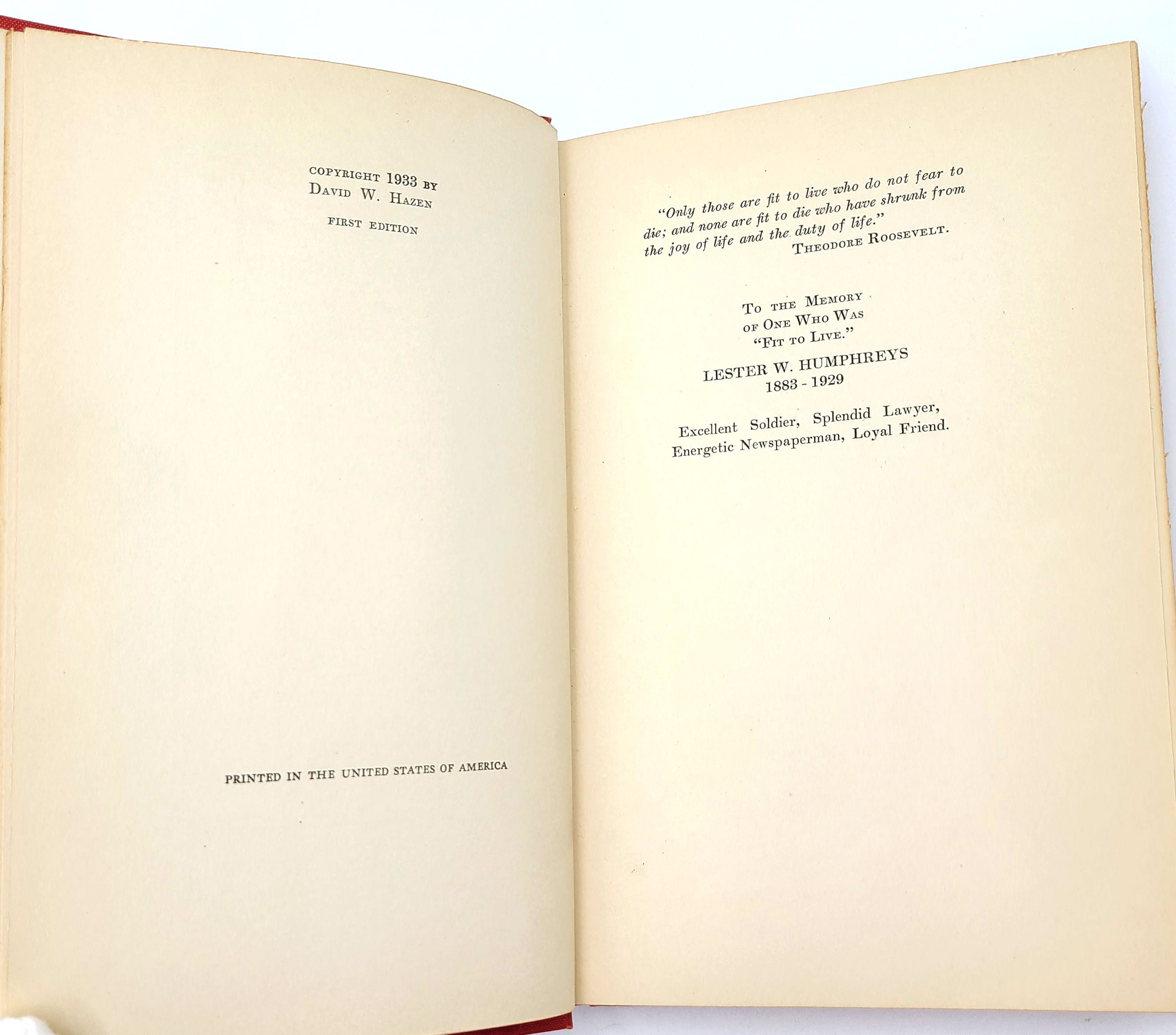 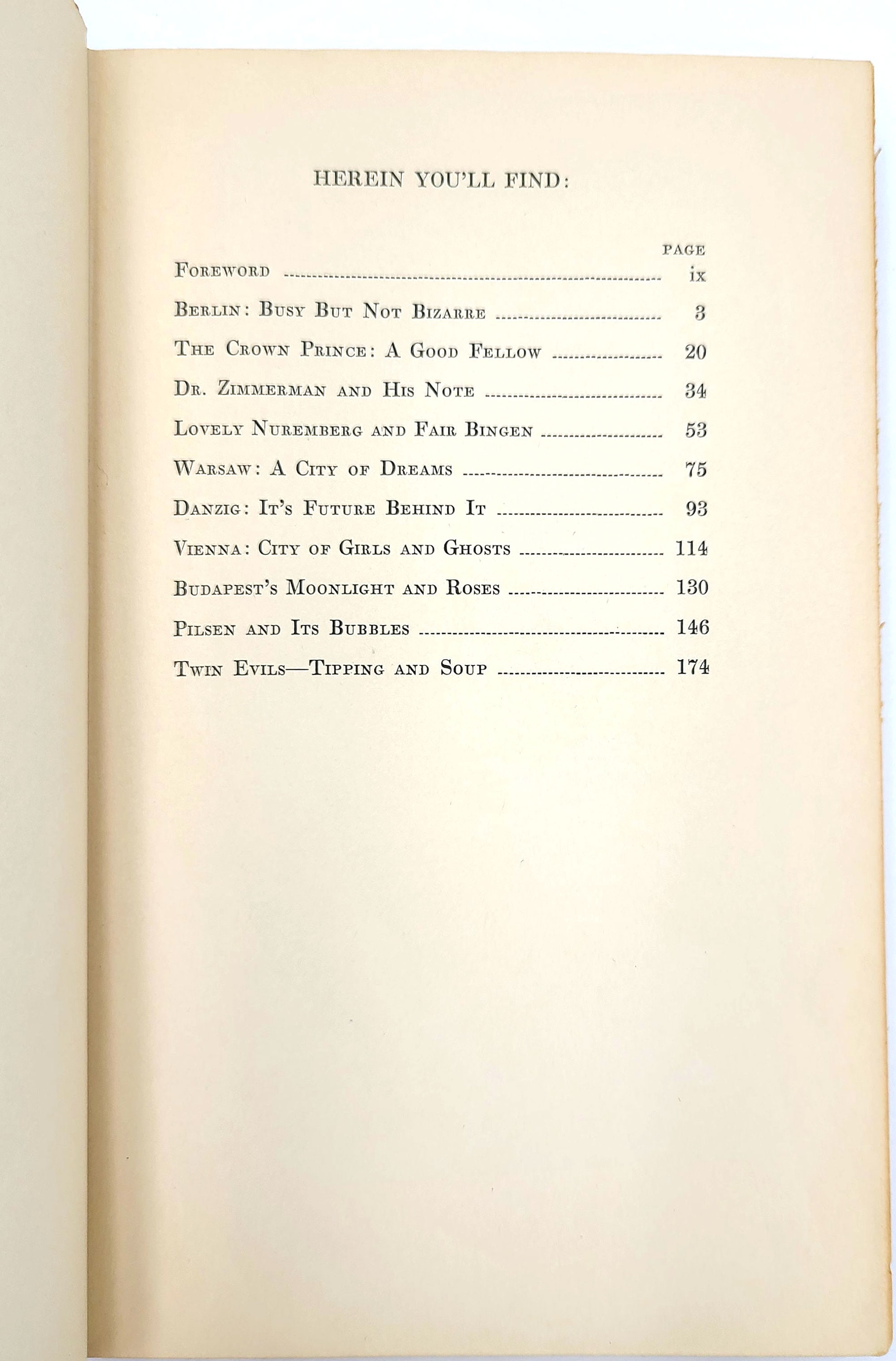 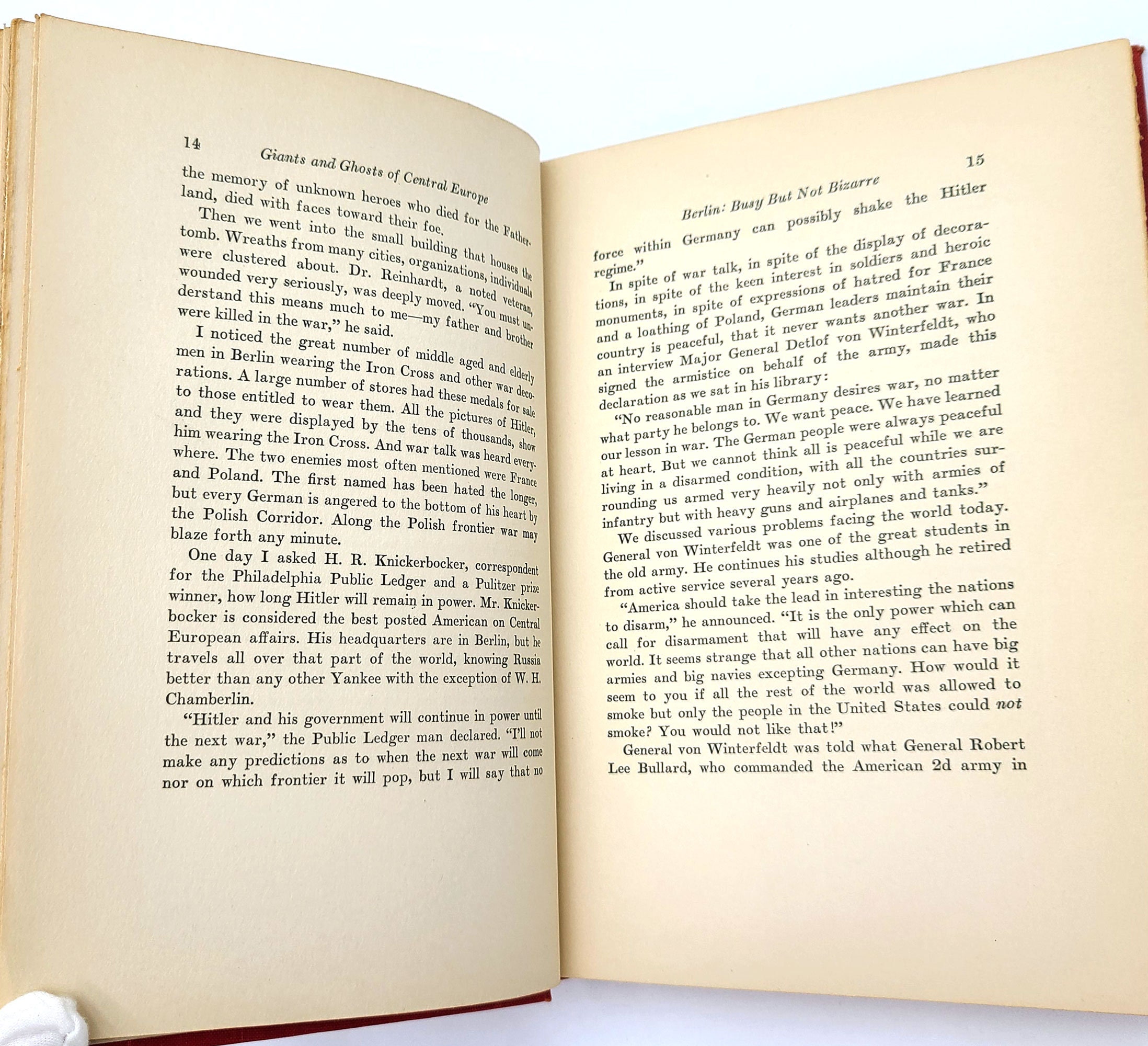 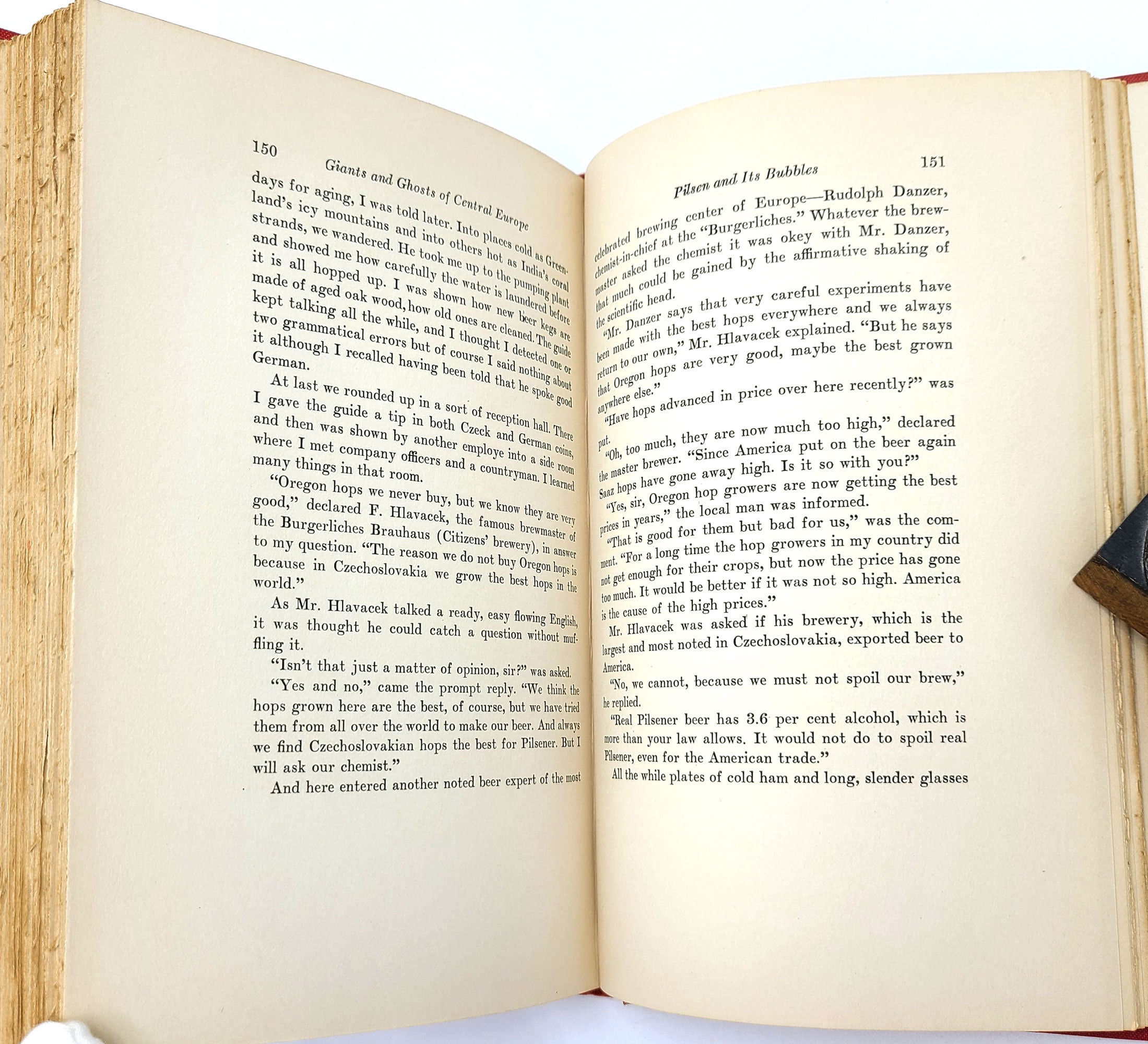 On the ground observations while traveling in 1933 through the principle cities of Germany, Austria, Czechoslovakia, Poland, and Hungary, and including a couple interviews with prominent Germans. His visit to Berlin, recorded in chapter one, occurred not long after Hitler was made chancellor of Germany and opinions on the street are given by the people regarding their internal and foreign policy issues and Hazen gives an impression of the feeling of society and daily life. The second chapter is a long interview with the German Crown Prince Wilhelm, often touching on the events of the First World War. Chapter three is an interview with the former German Minister of Foreign Affairs (1916-1917), Arthur Zimmerman. The rest of the volume is devoted to describing his experiences and numerous conversations in Nuremberg, Bingen, Warsaw, Danzig, Vienna, Budapest, and Pilsen. Hazen's work is an interesting travelogue through Central Europe in the years between the wars.

David W. Hazen (1879-1944) was a longtime writer for The Oregonian where he was known for his interviews, a notable collector of Lincolniana, and the author of six books.