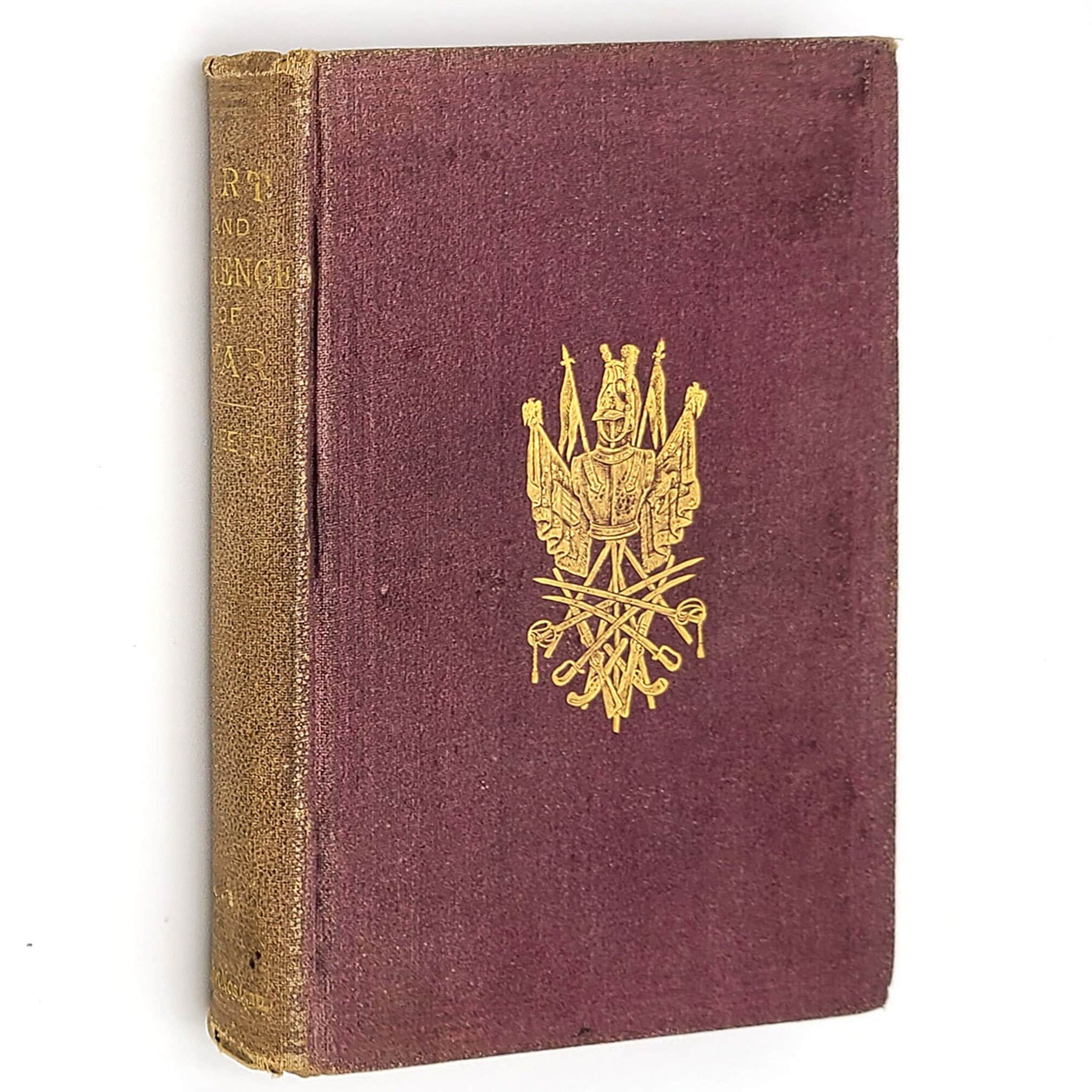 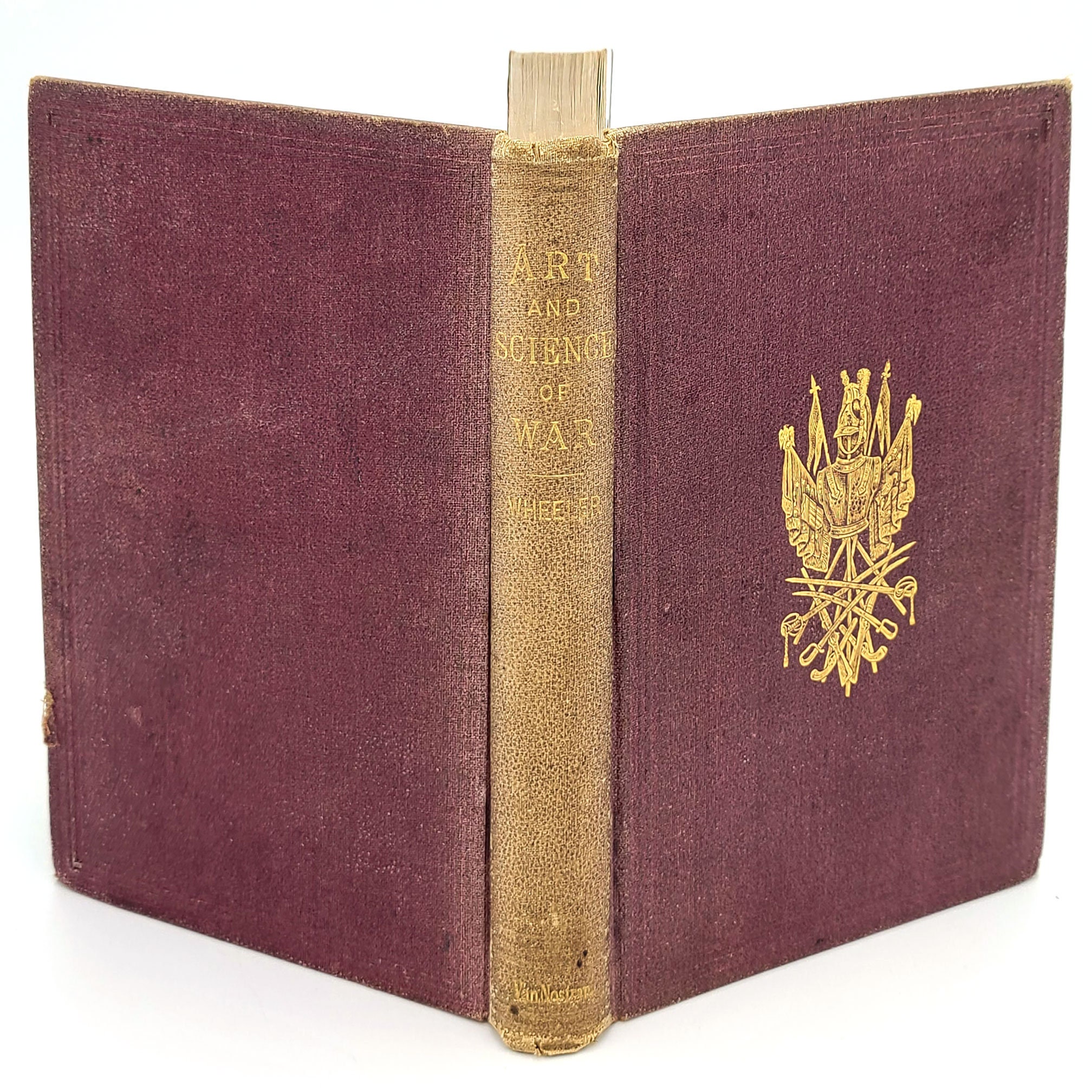 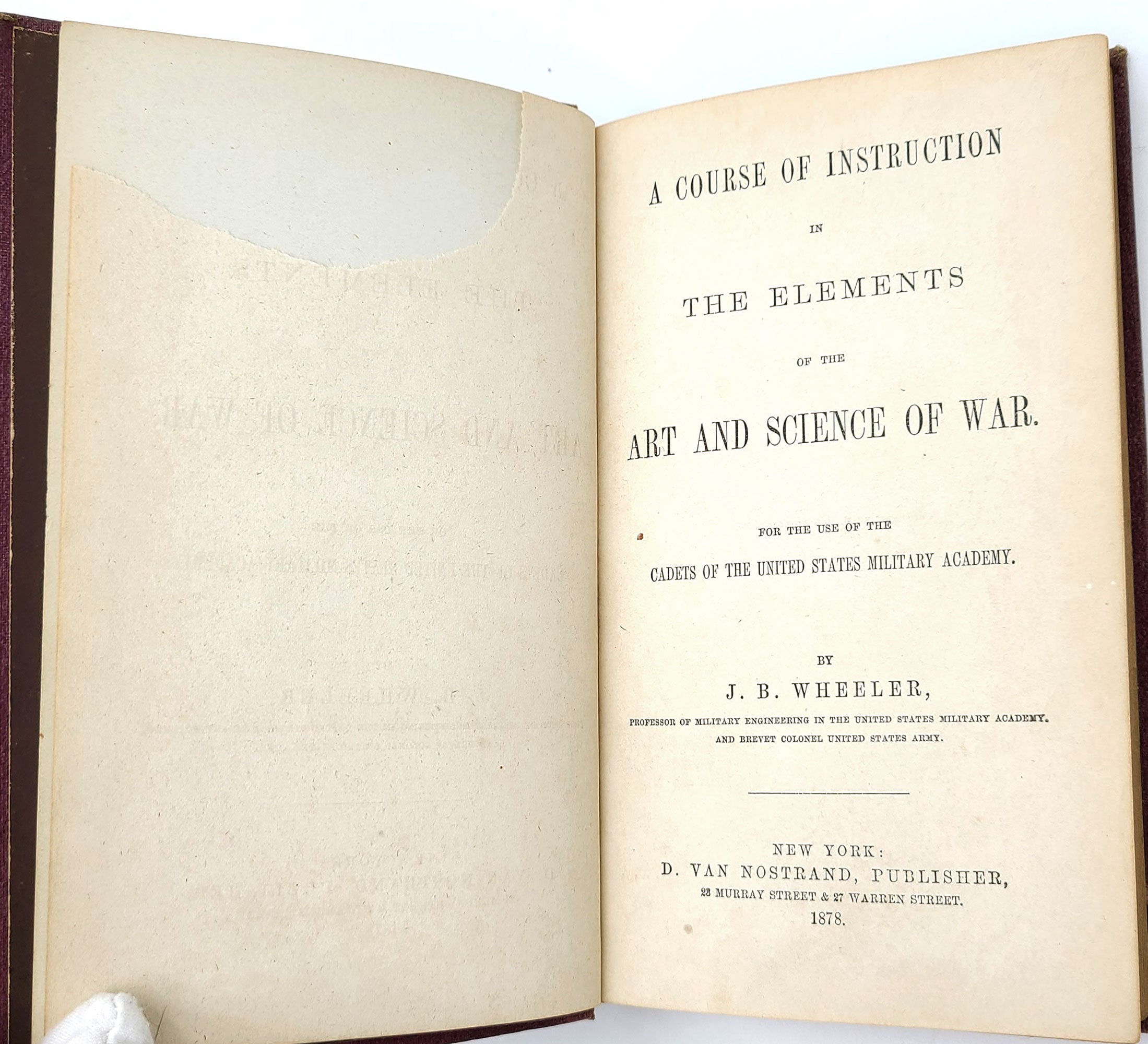 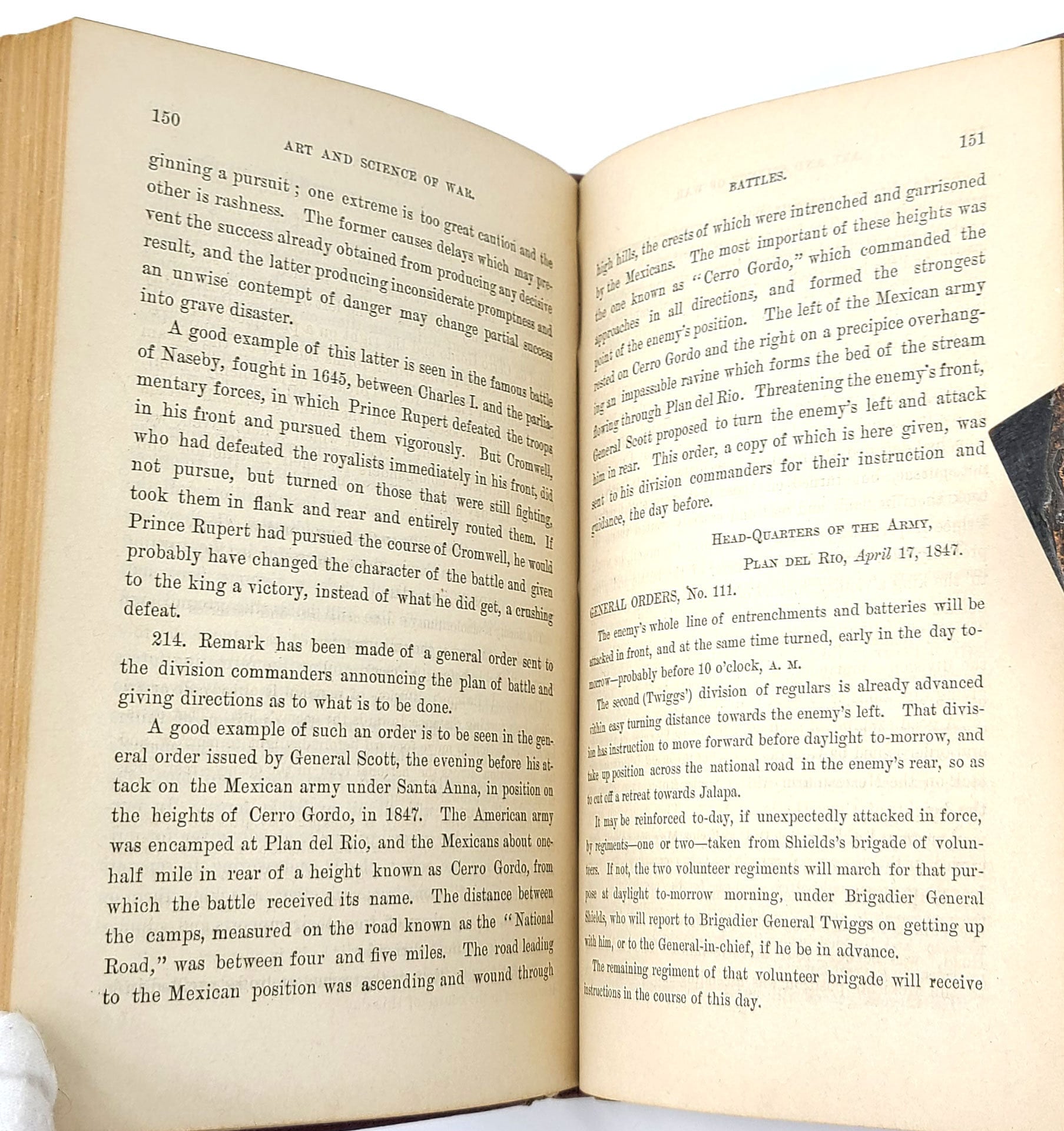 Title: A Course of Instruction in the Elements of the Art and Science of War, for the use of the cadets of the United States Military Academy

This copy appears to have belonged to the West Point graduate Colonel Henry Coalter Cabell, Jr. (1856-1930, class of 1883). Cabell, a native of Richmond, the son of Confederate General H.C. Cabell and grandson of Virginia governor William H. Cabell, entered West Point in 1879. Following graduation, he served for a year on the frontier in Colorado and was then stationed at the Vancouver barracks in Washington state (Department of the Columbia). He served on the Puyallup Reservation as aide-de-camp to General John Gibbon, in the Philippine Islands 1898-1899, and retired in 1912. He served again during World War I, 1917-1919, with the Adjutant-General's Office in D.C., for which he was awarded a Distinguished Service Medal. He was awarded a Silver Star Medal for his gallantry at Luzon.

The author, Colonel Junius Brutus Wheeler (1830-1886), taught at West Point and served as Professor of Engineering from 1871 to 1884. A native of North Carolina, served in the rank of second lieutenant in Hoke's North Carolina Company during the Mexican War, graduated from the United States Military Academy in 1855, and appears to have also been involved in Indians wars and the Mormon War, prior to joining the faculty at West Point. He was the brother of historian and politician John H. Wheeler.