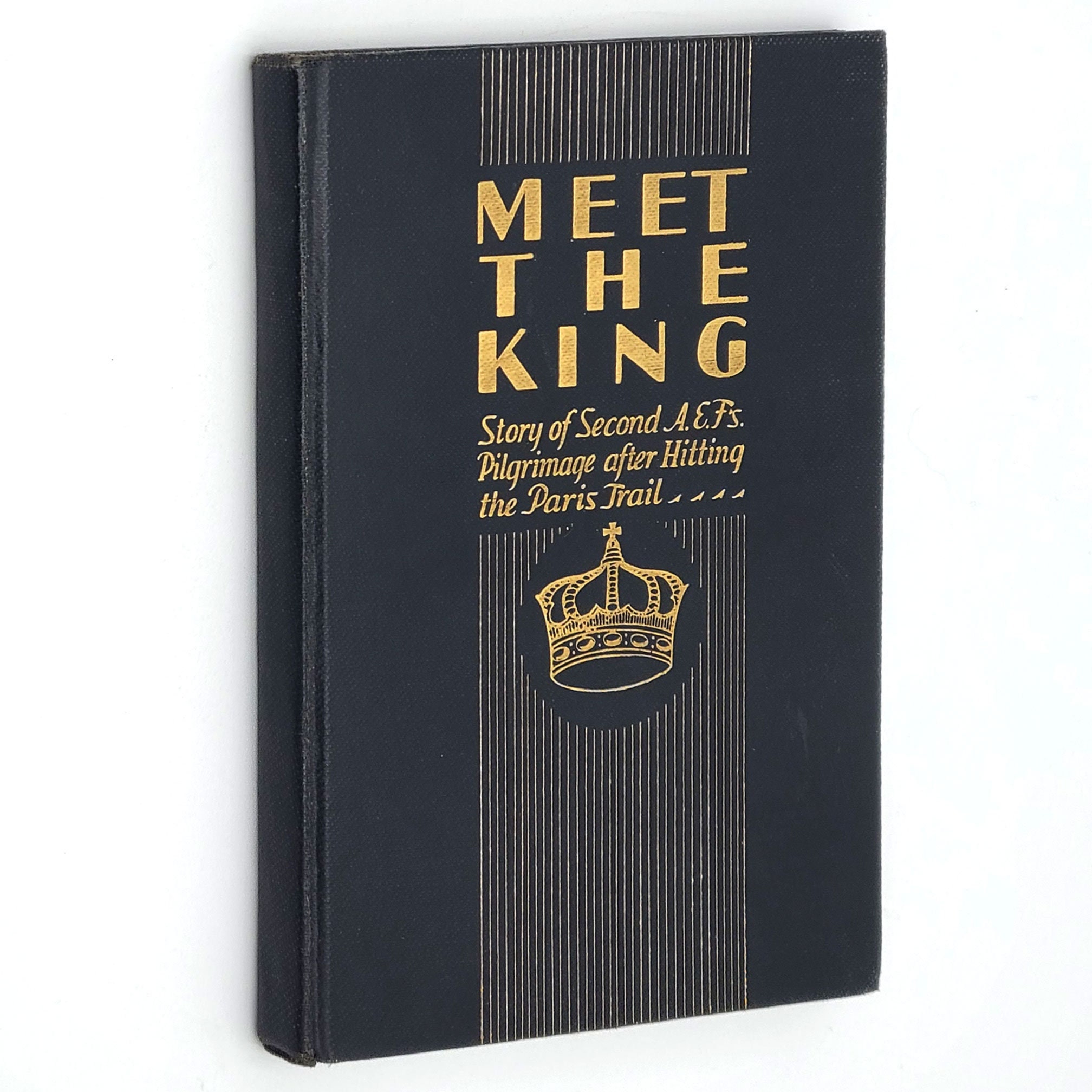 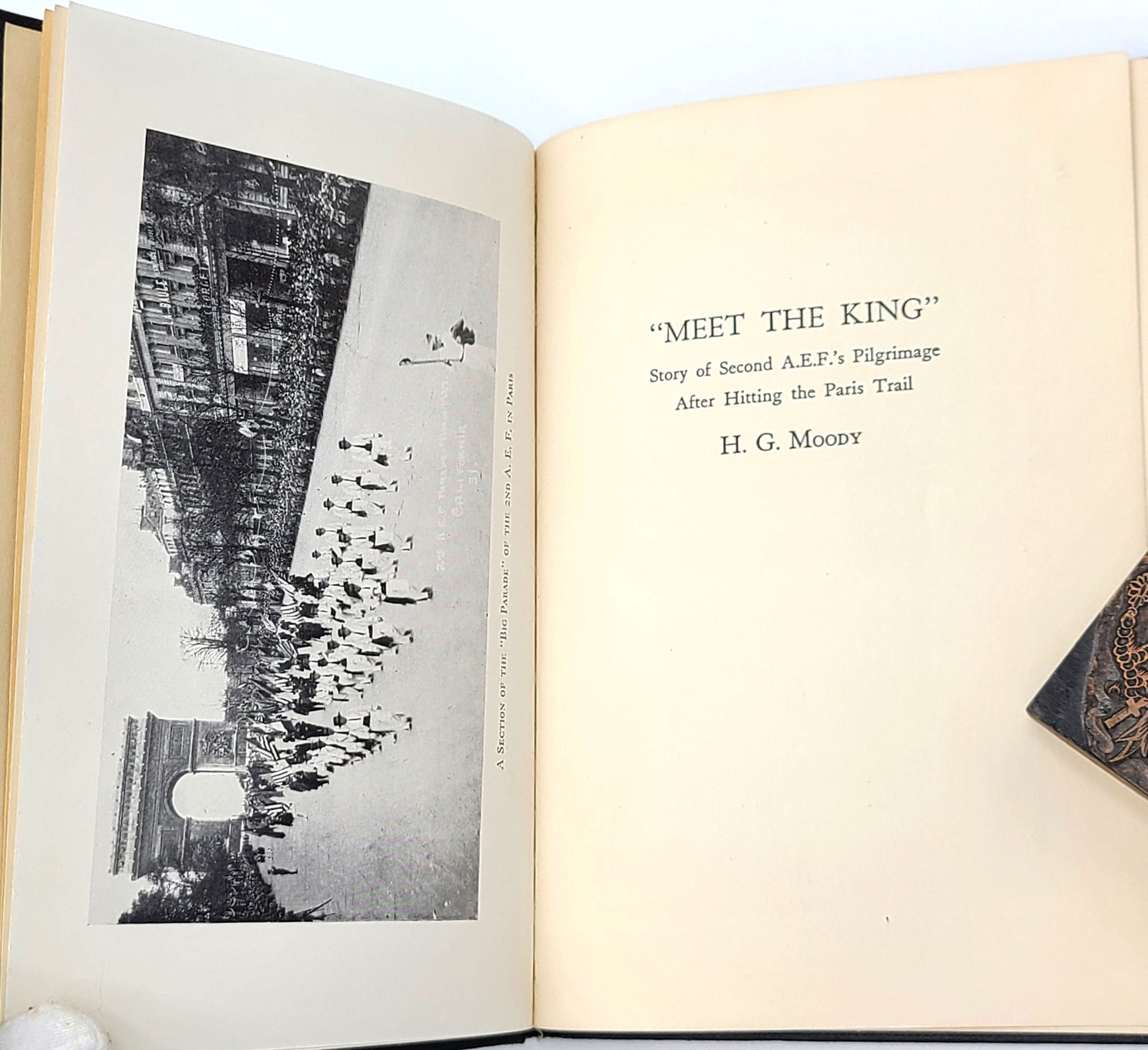 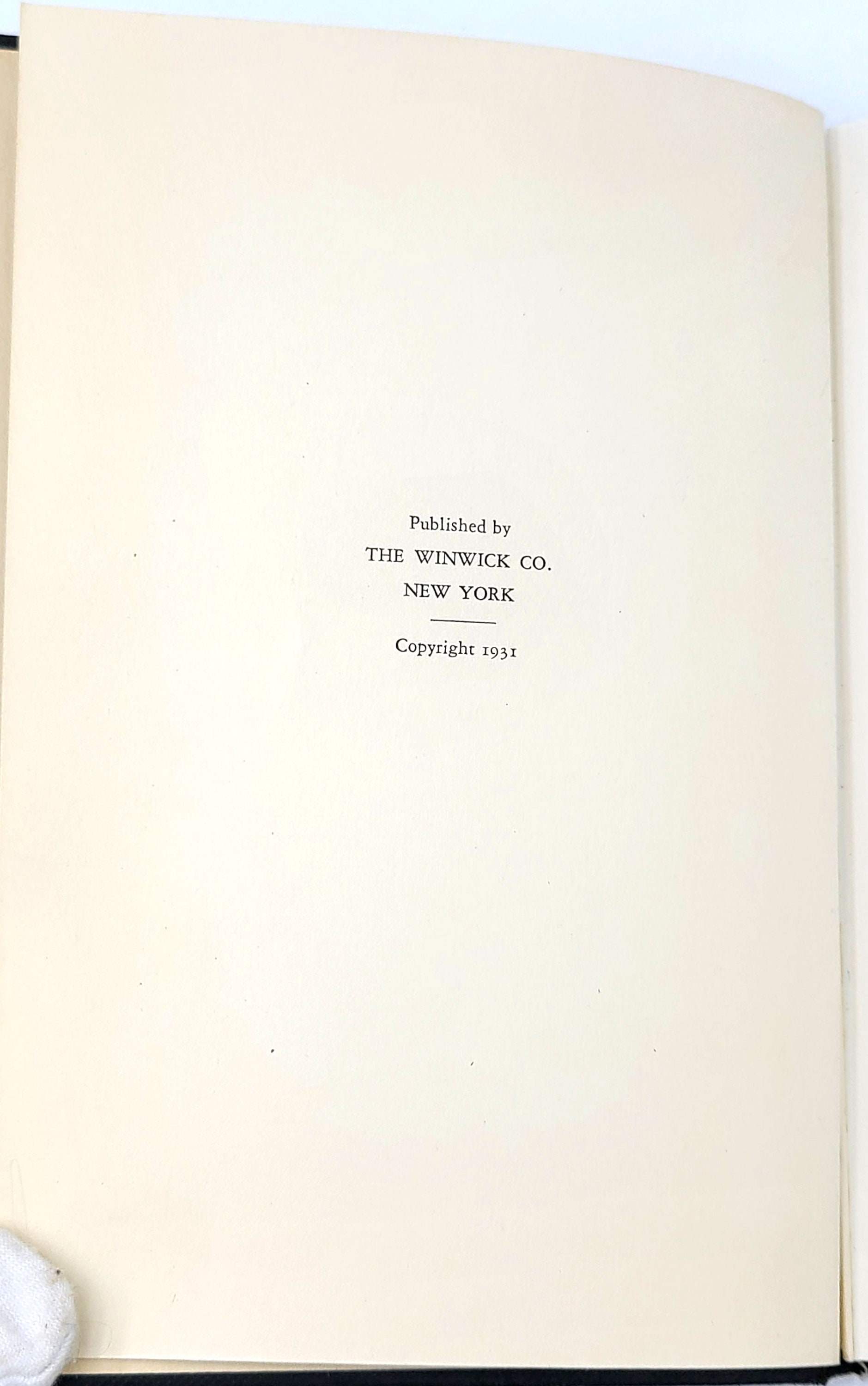 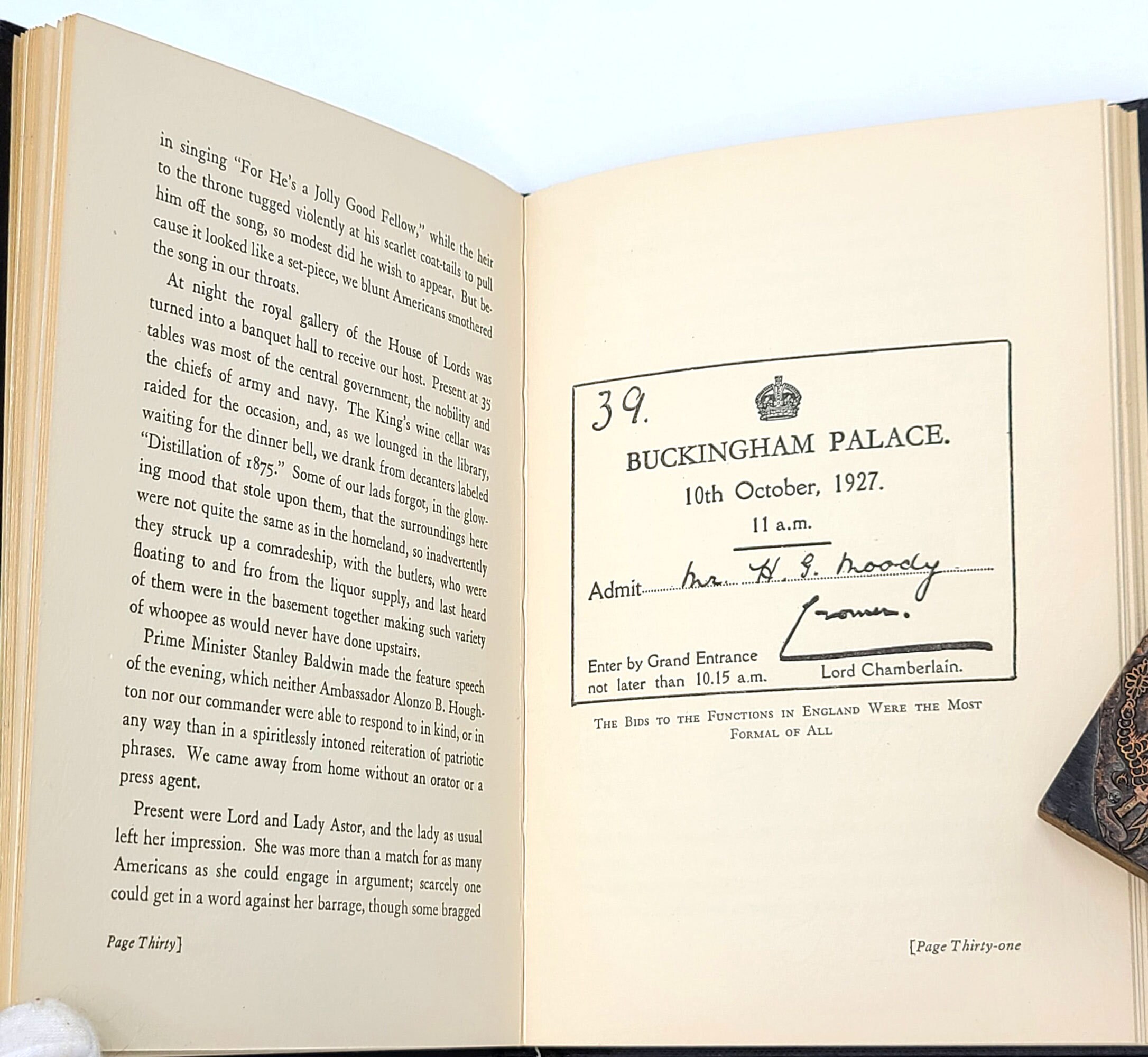 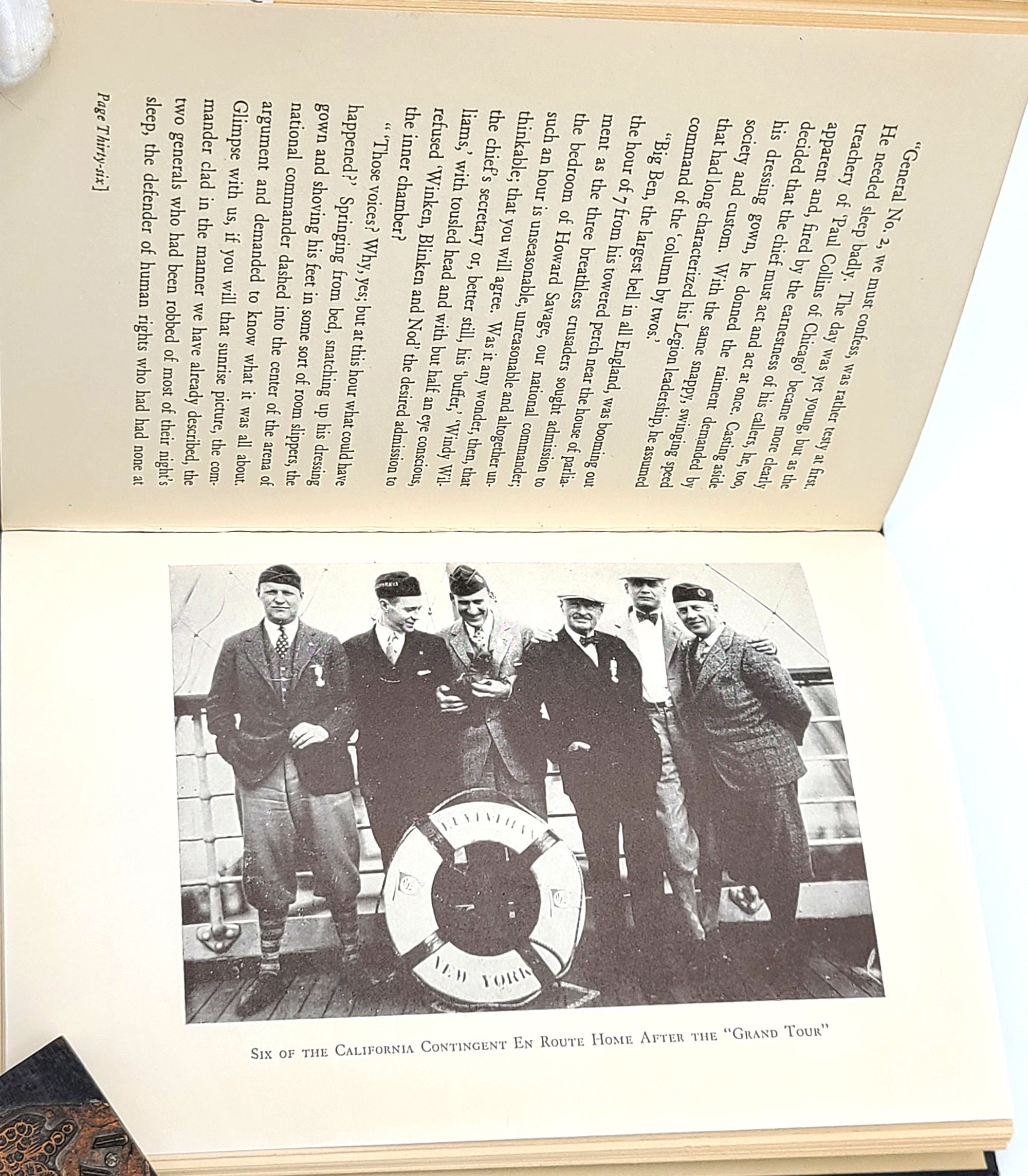 Title: Meet the King: Story of the Second A.E.F.'s Pilgrimage After Hitting the Paris Trail

A lighthearted account of the American Legion's 9th annual convention in Paris and their associated European tour in 1927. Travelers to the convention were known as the Second American Expeditionary Force, this being the ten years anniversary of their initial arrival in France to fight in the Great War.

As recorded, with much liveliness, their journey made its way through France (Cherbourg, Paris, Nice), and then on to Monte Carlo, Italy (meeting King Victor and also vociferously cheering Mussolini), the Vatican for an audience with Pope Pius XI, Brussels (meeting the king and queen), and London (meeting the royal family, Lady Churchill, and Prime Minister Stanley Baldwin).

Herbert G. Moody (1890-1962) was a World War I veteran and a newspaper editor and publisher in northern California.