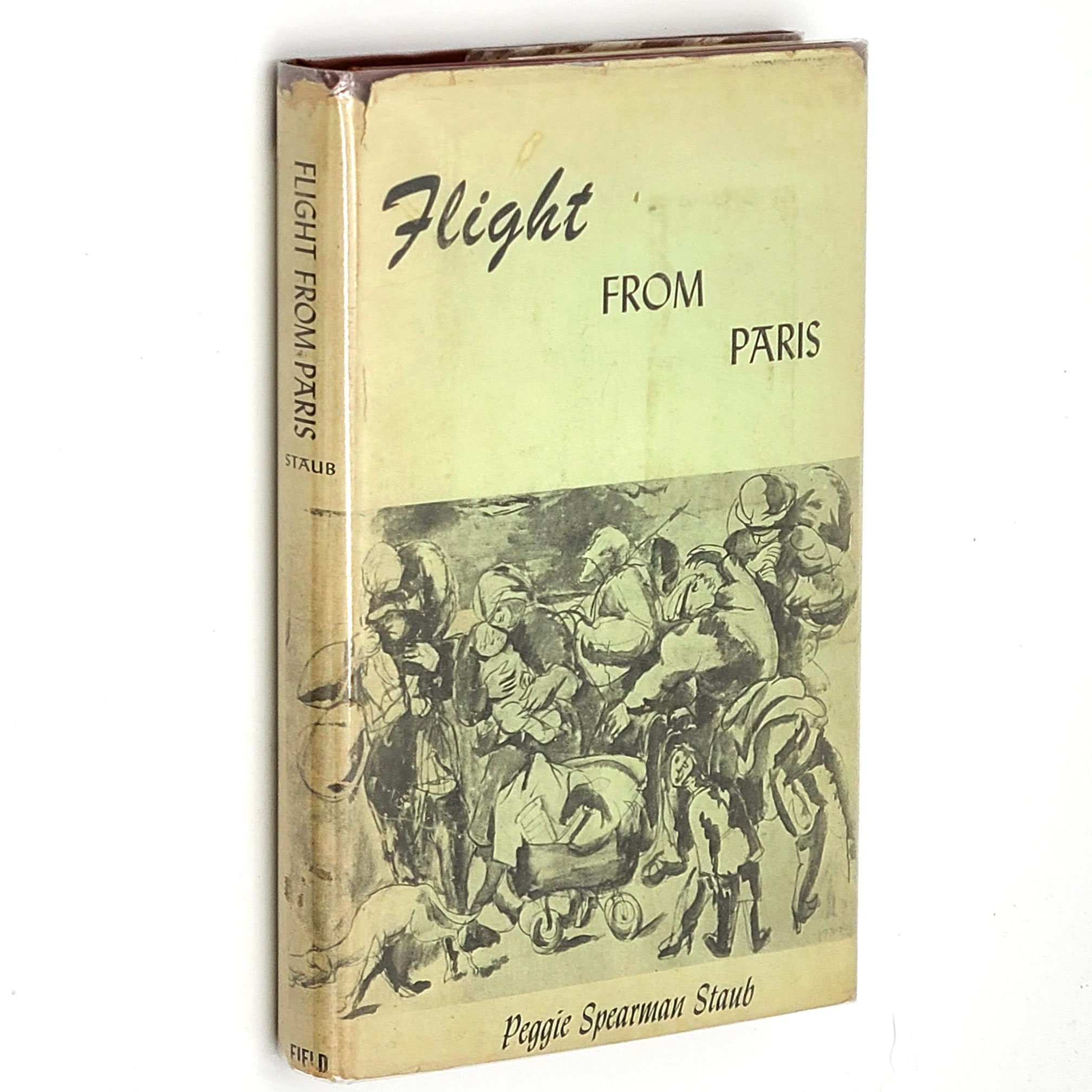 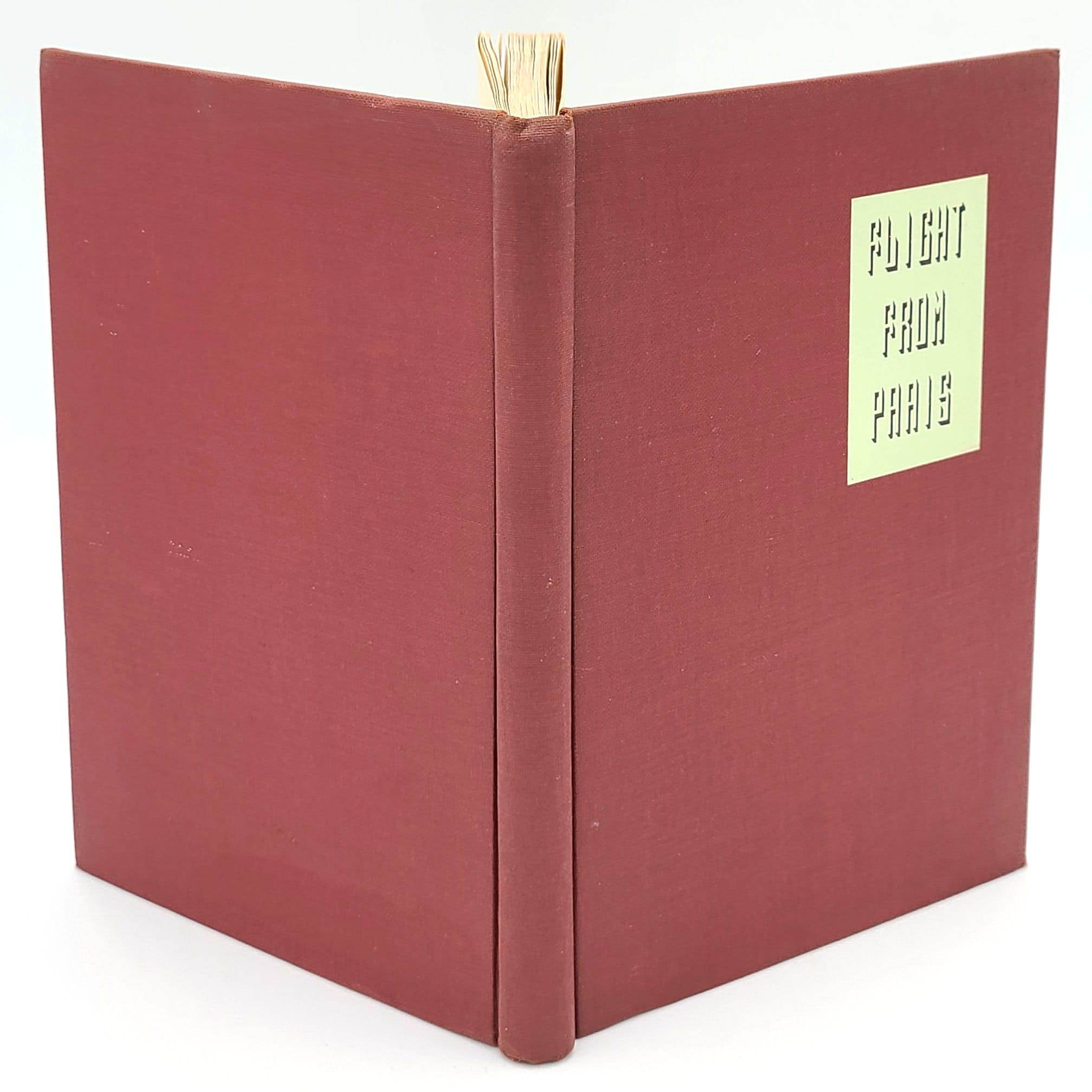 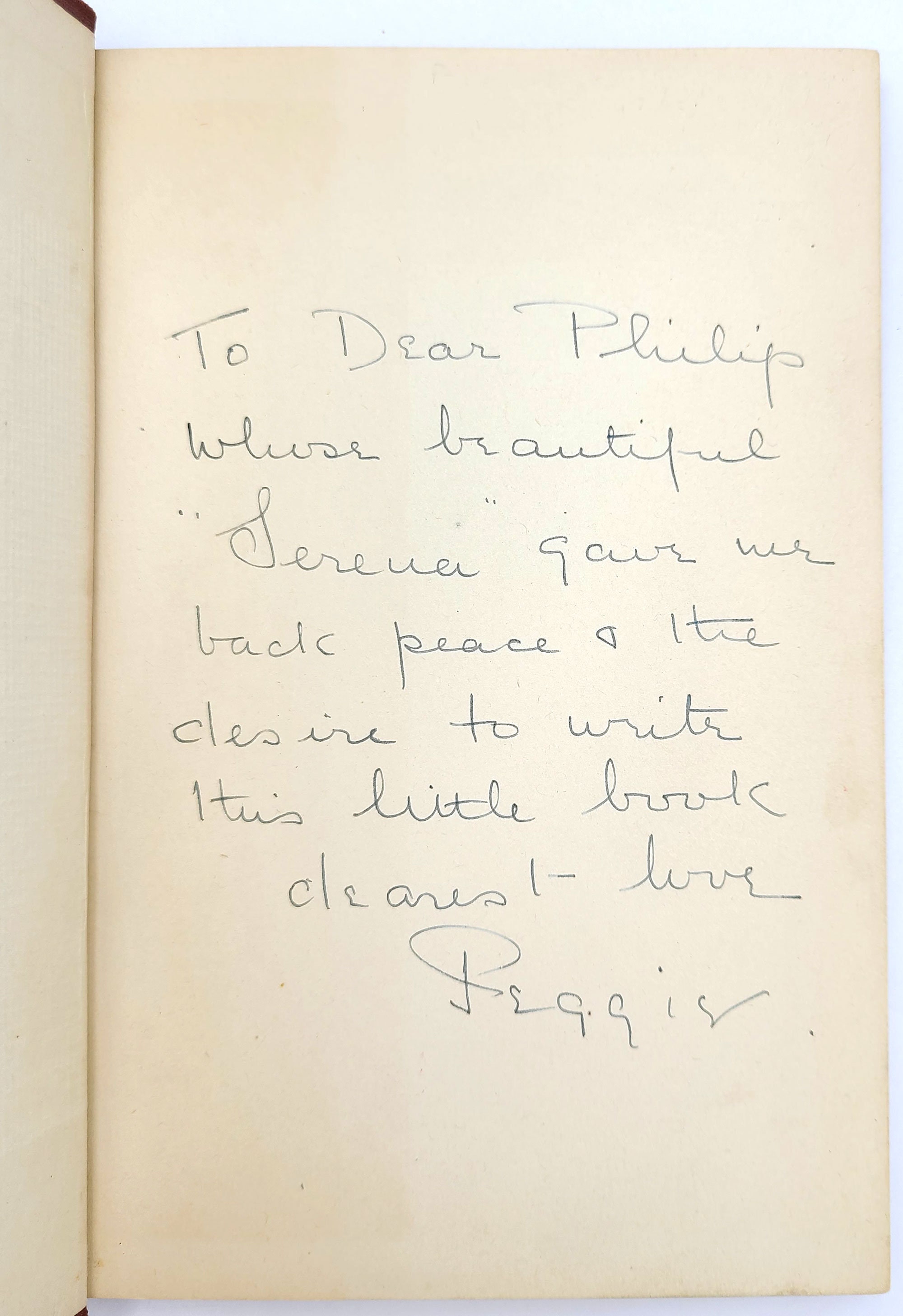 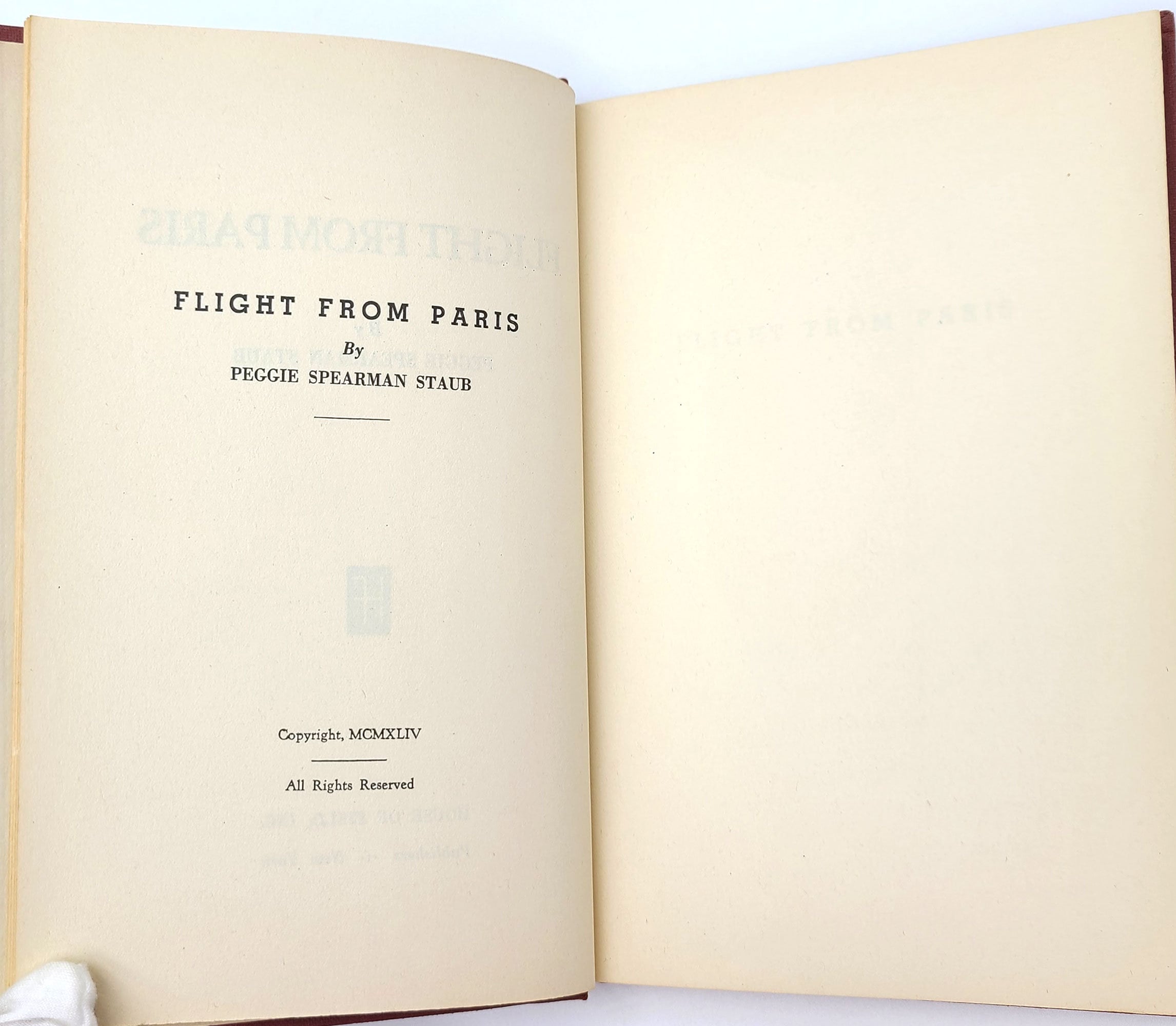 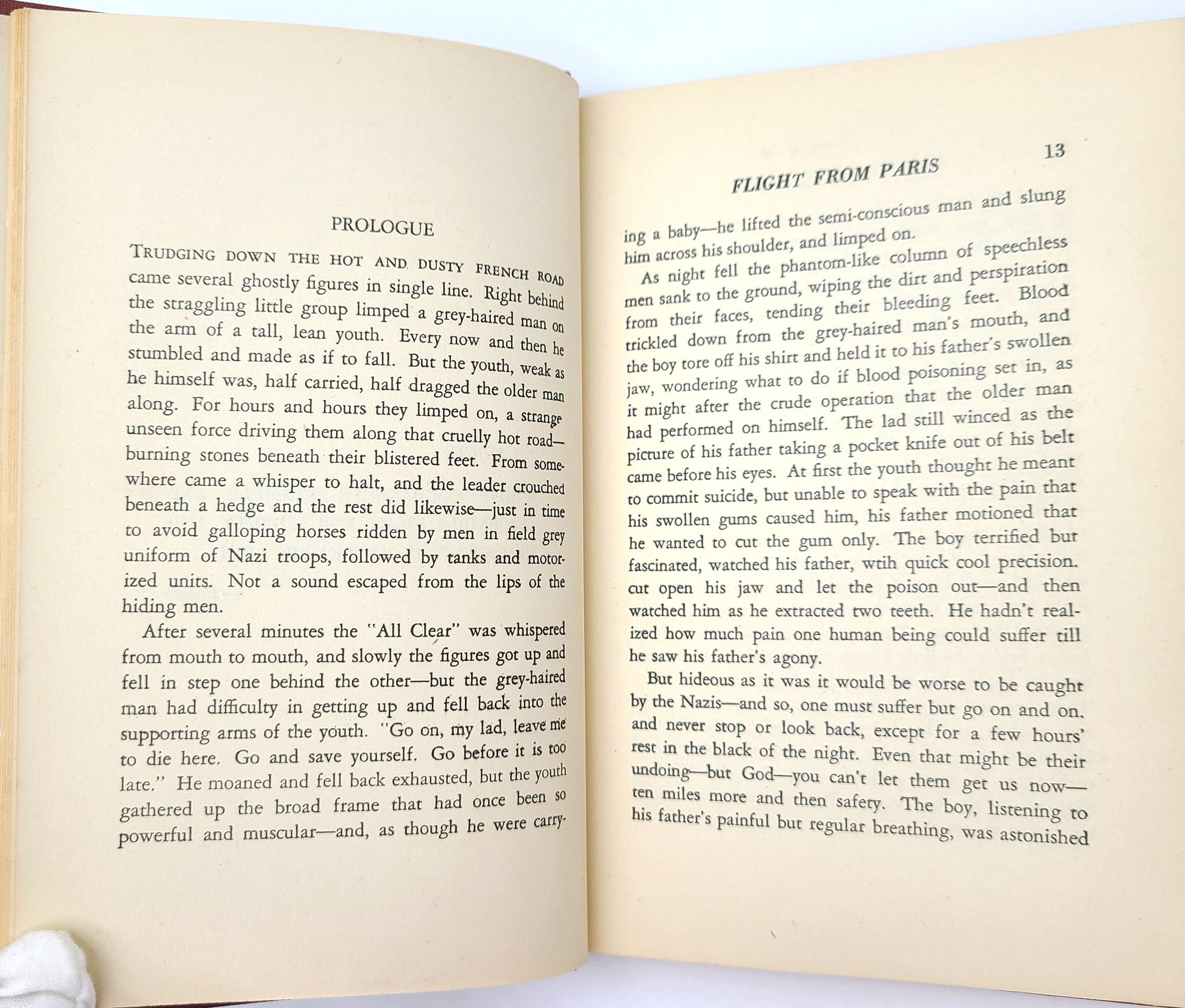 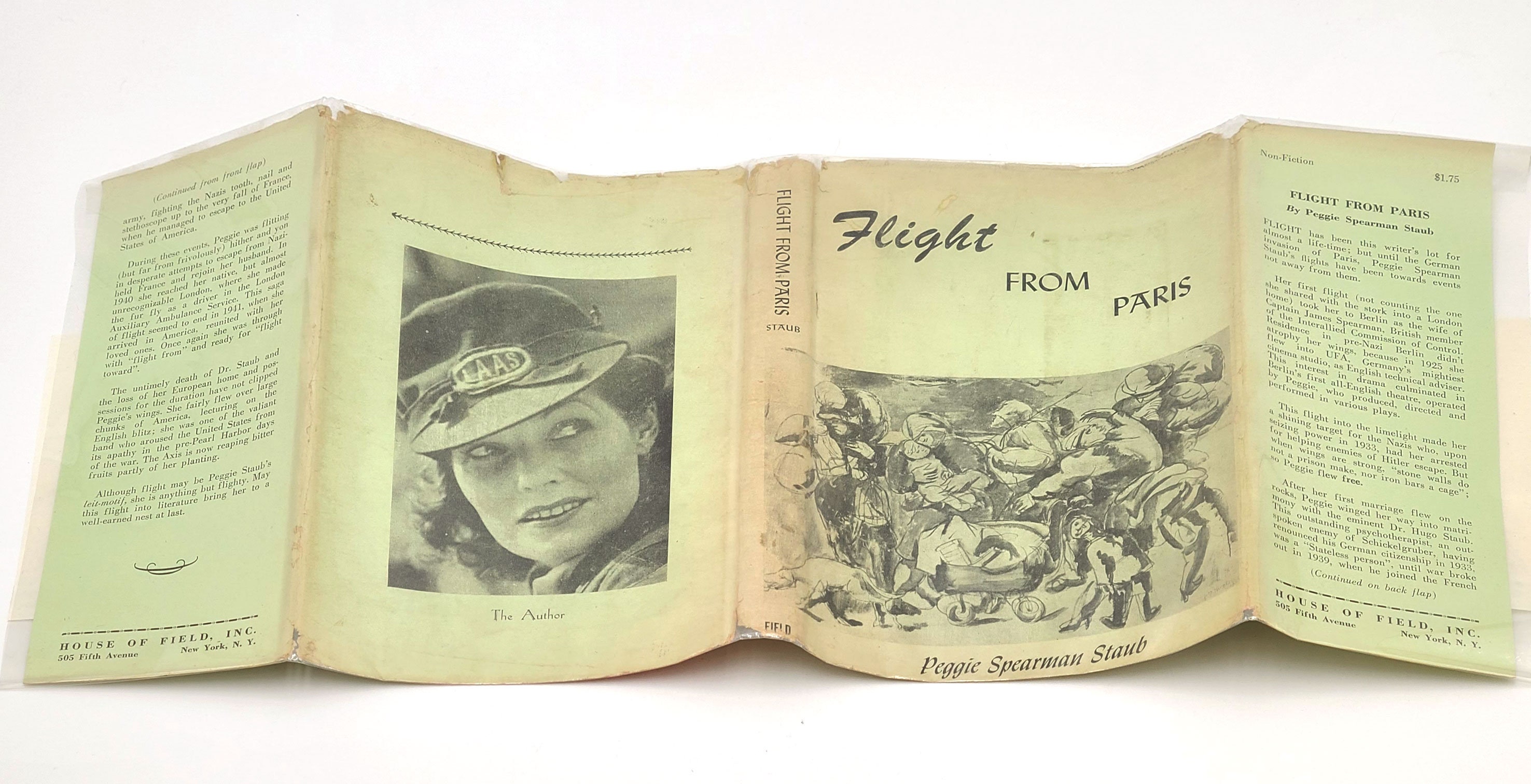 The personal narrative of Peggie Spearman Staub (b. ca. 1901, London) and her experiences in a Paris besieged by the Germans during World War II, her escape to Britain, her work with the London Auxiliary Ambulance Service in 1940, and her final flight to the United States in 1941.

The author had been the wife of Col. James Spearman, a British member of the Interallied Commission of Control in pre-Nazi Berlin, where she operated that city's first all-English theatre. She was arrested in 1933 for helping Hitler's enemies escape. Her second marriage was to the notable psychotherapist and German Jew, Dr. Hugo Staub. In 1933, Dr. Staub renounced his German citizenship and became a researcher and lecturer at the Sorbonne and later joined the French army to fight the Nazis.