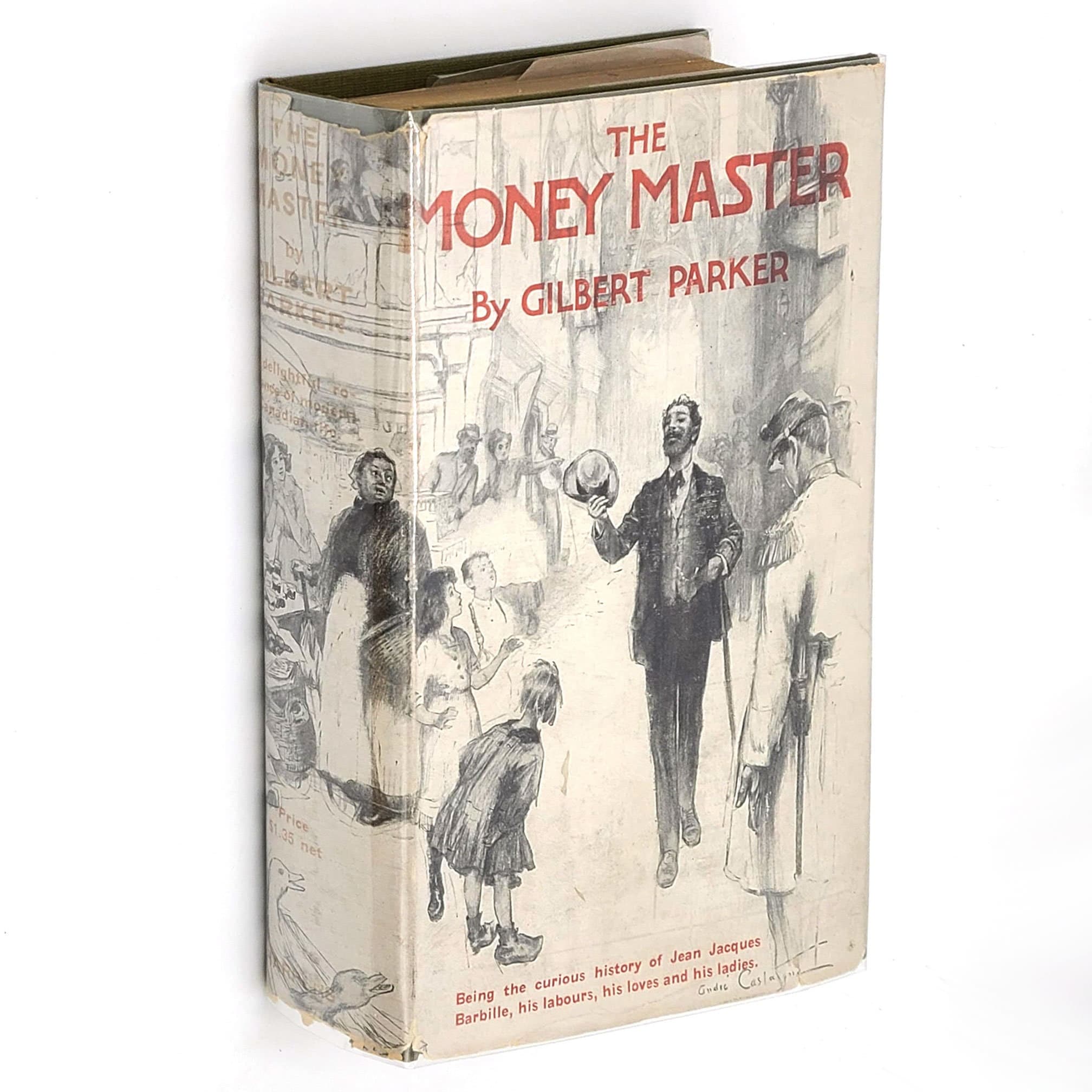 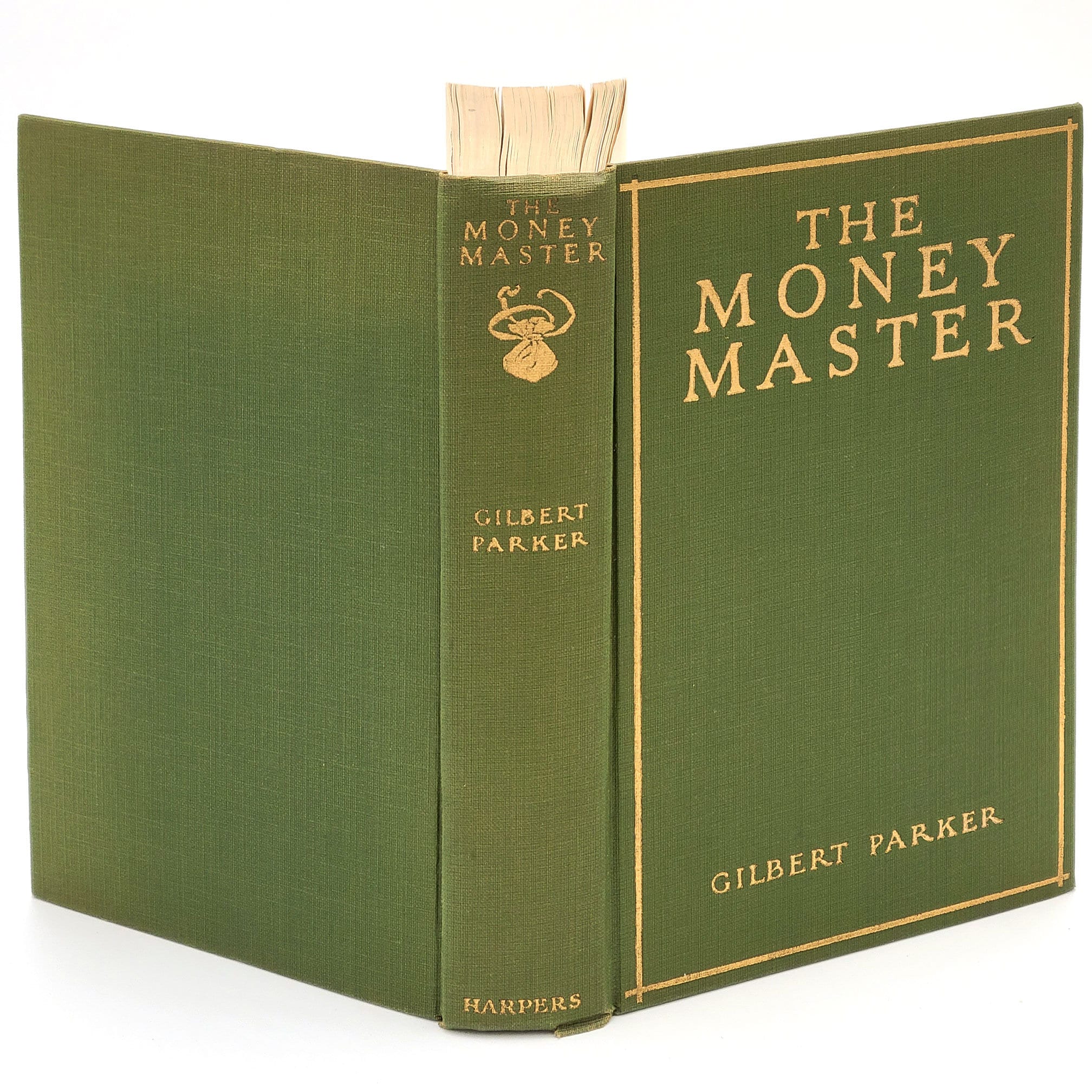 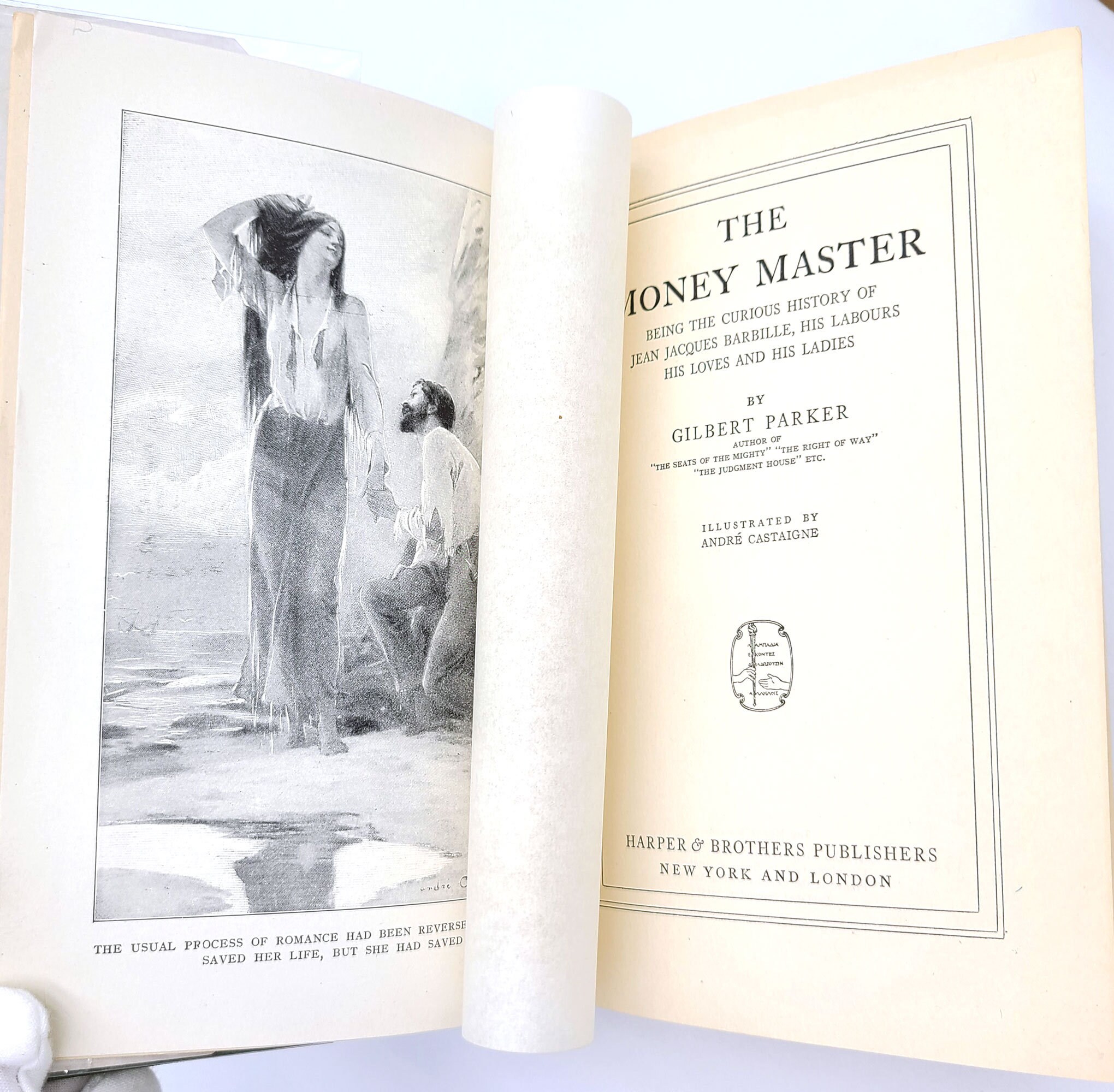 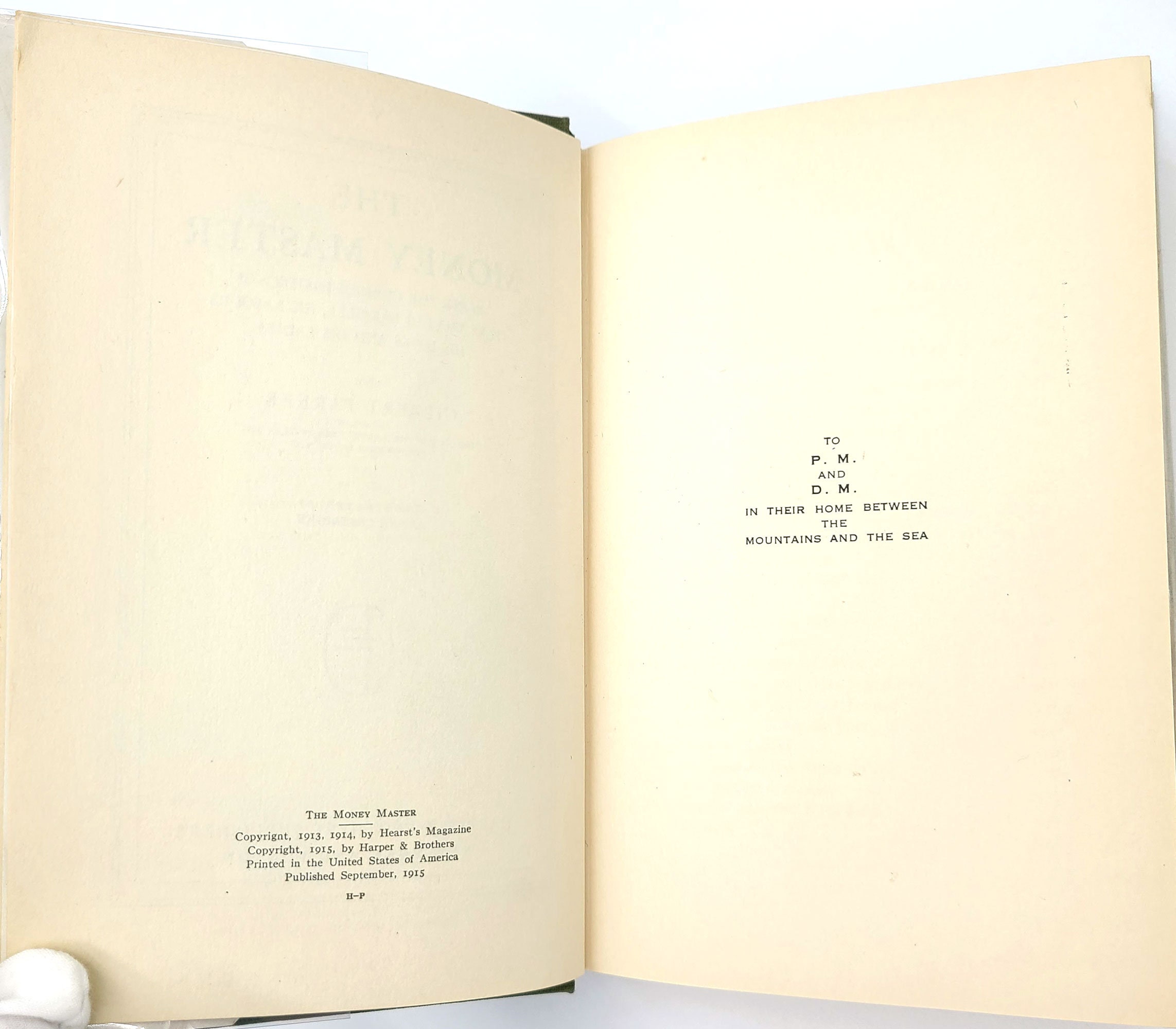 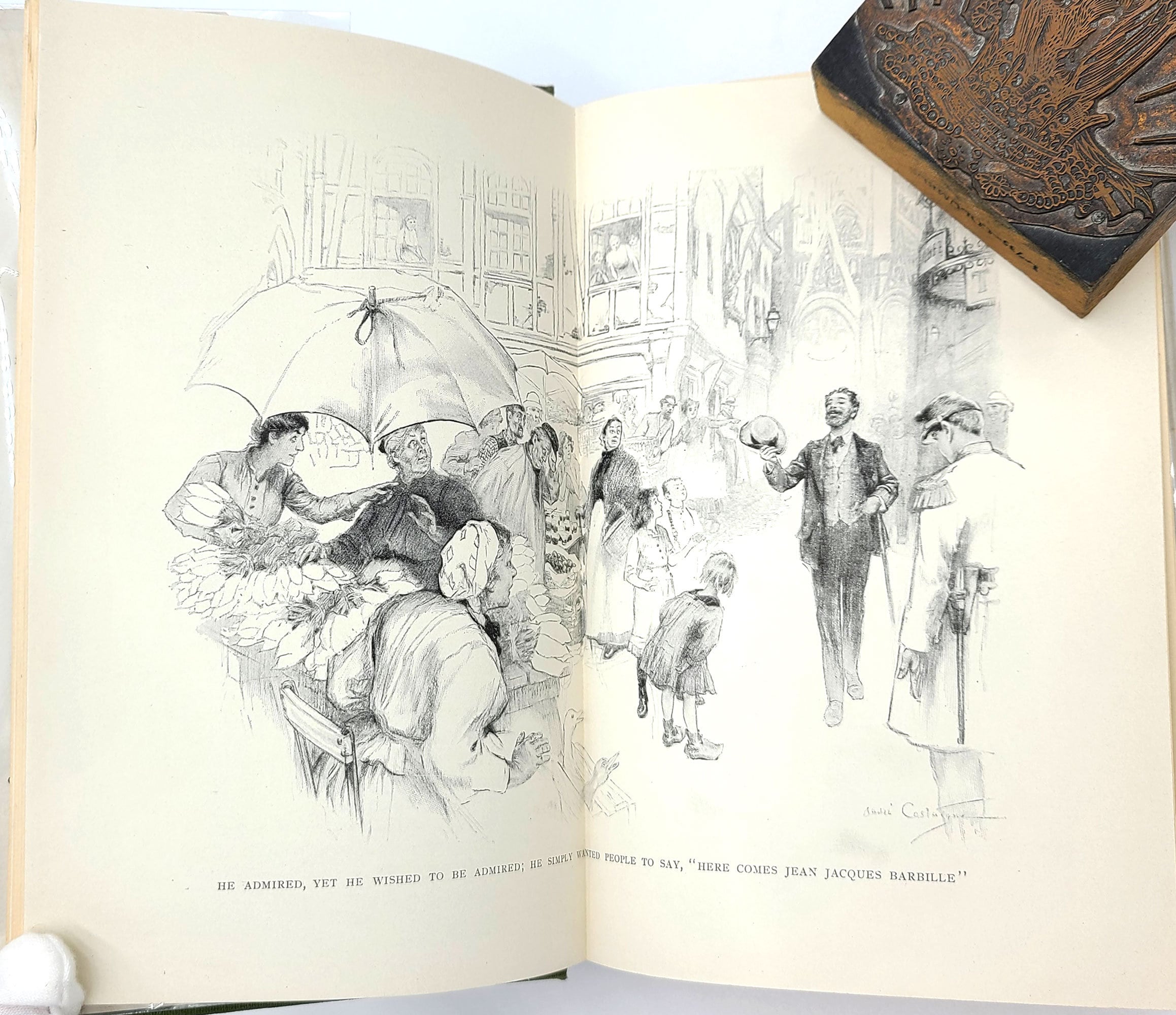 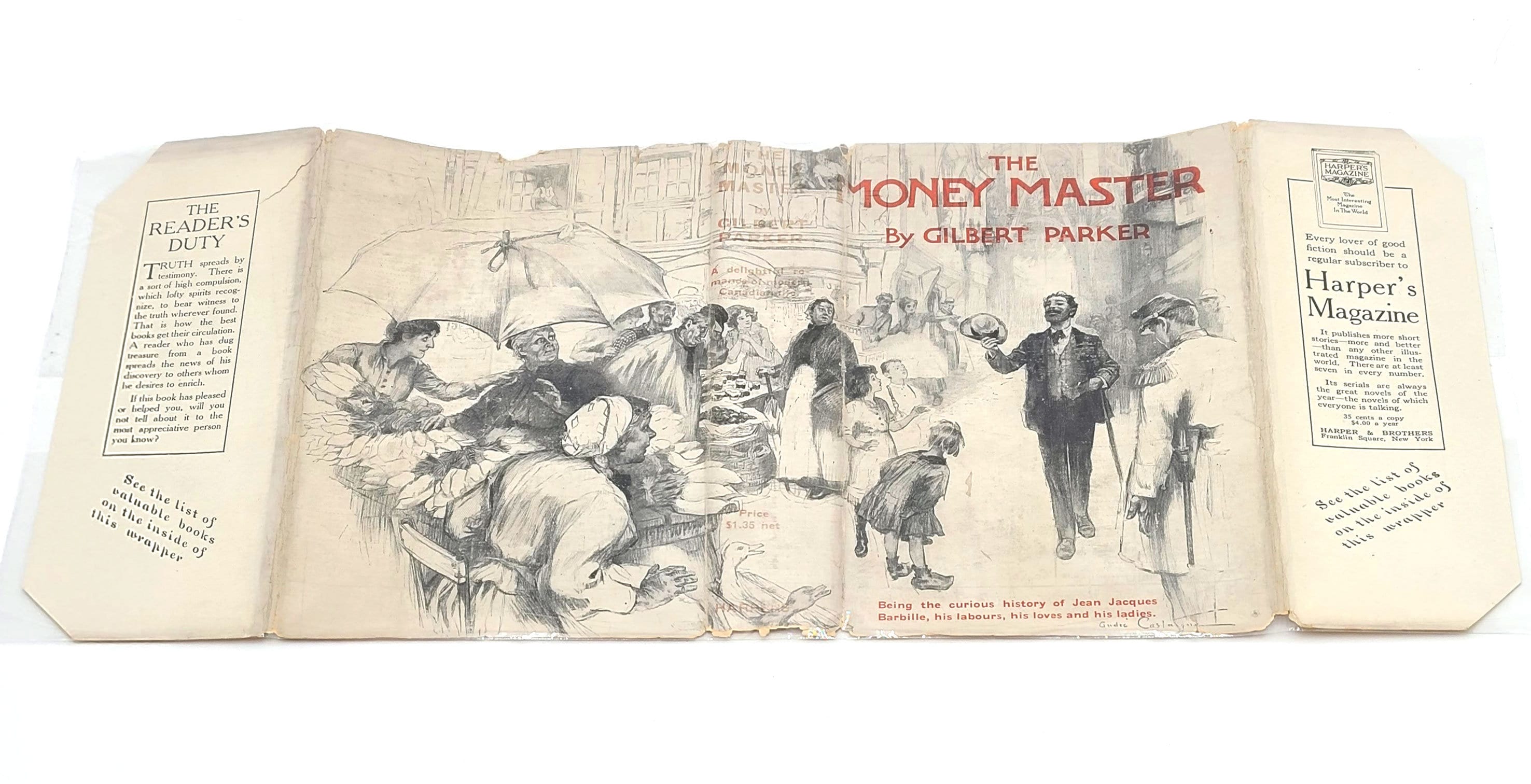 Title: The Money Master: Being the Curious History of Jean Jacques Barbille, His Labours His Love and His Ladies

Description: First edition. Copyright page states ''Published September, 1915'' and has a ''H-P'' code (indicating August 1915). Green cloth boards stamped in gilt. Spine ends pushed; short tear in the cloth at foot of spine. Interior is unmarked, bright and clean, with crisp pages. Dust jacket has some chipping at spine ends and to top edge of rear panel; lists other Harper titles on reverse side; in a clear archival sleeve. Illustrations on three plates plus frontispiece with tissue guard. 359, [1] pages. 7.2 x 4.8 inches.

The Money Master was the basis for the 1921 Paramount Pictures silent film A Wise Fool, starring James Kirkwood and directed by George Melford. It is a novel about a wealthy French-Canadian businessman, a Quebecois mill owner an philosopher, and his growing encounters with misfortune, both personal and professional.