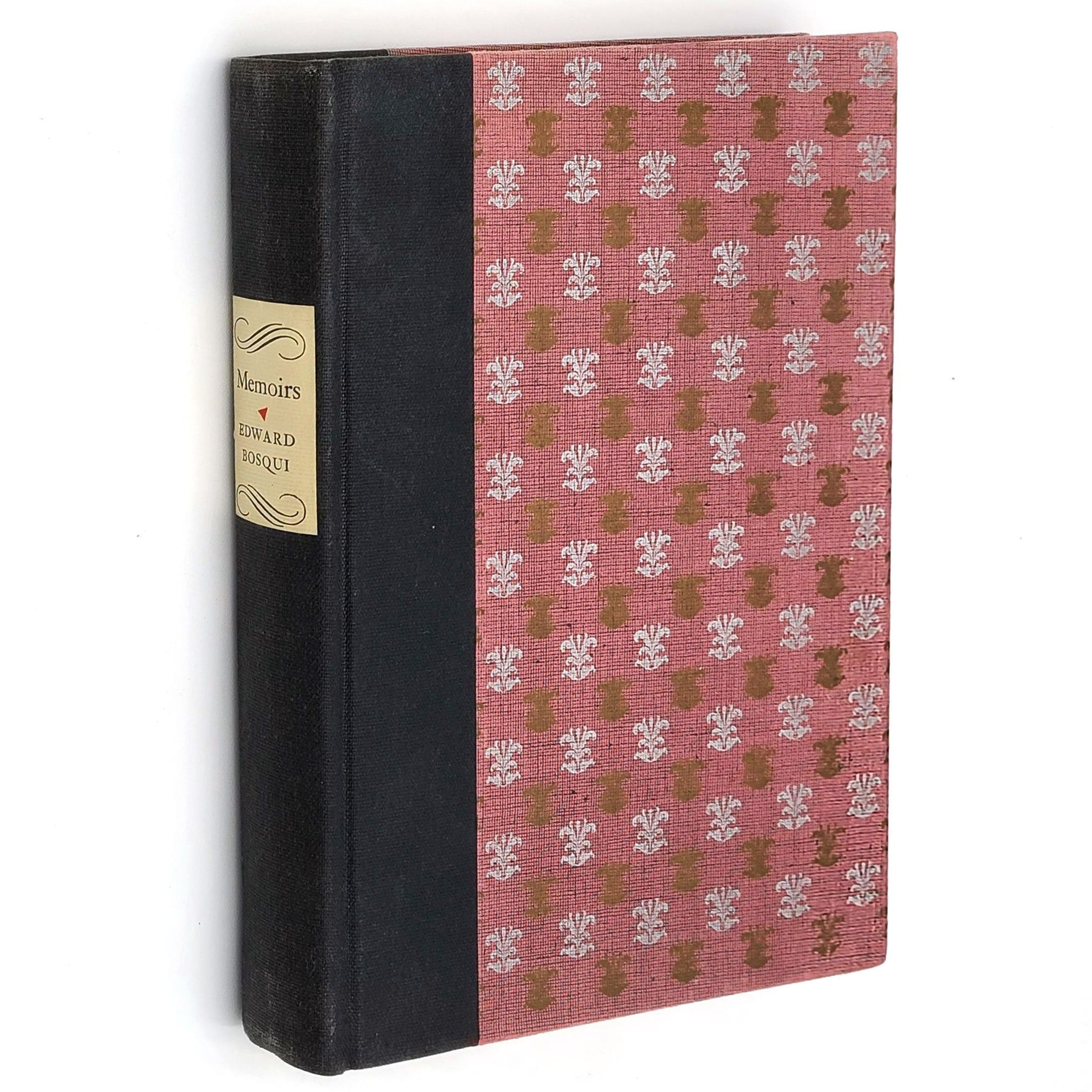 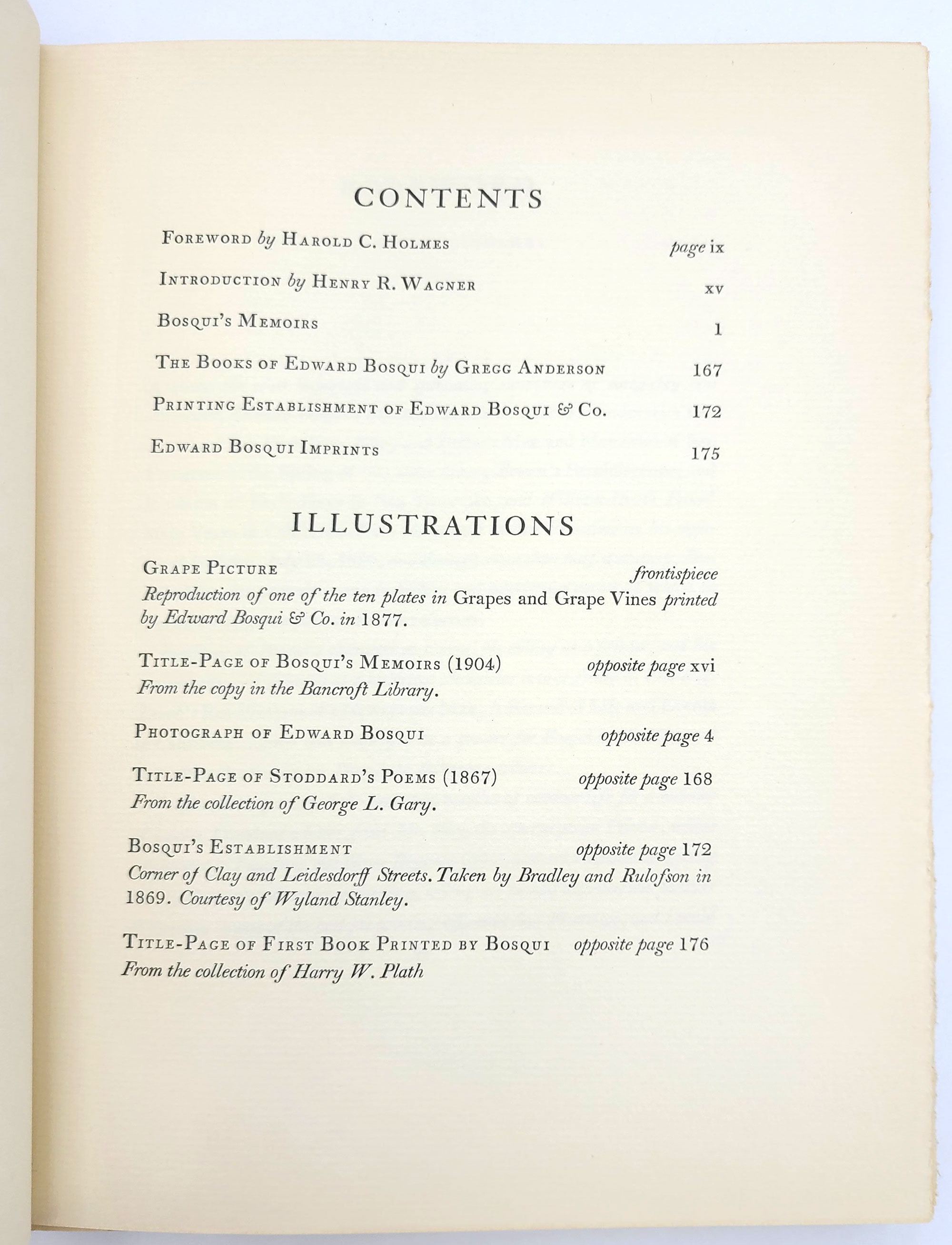 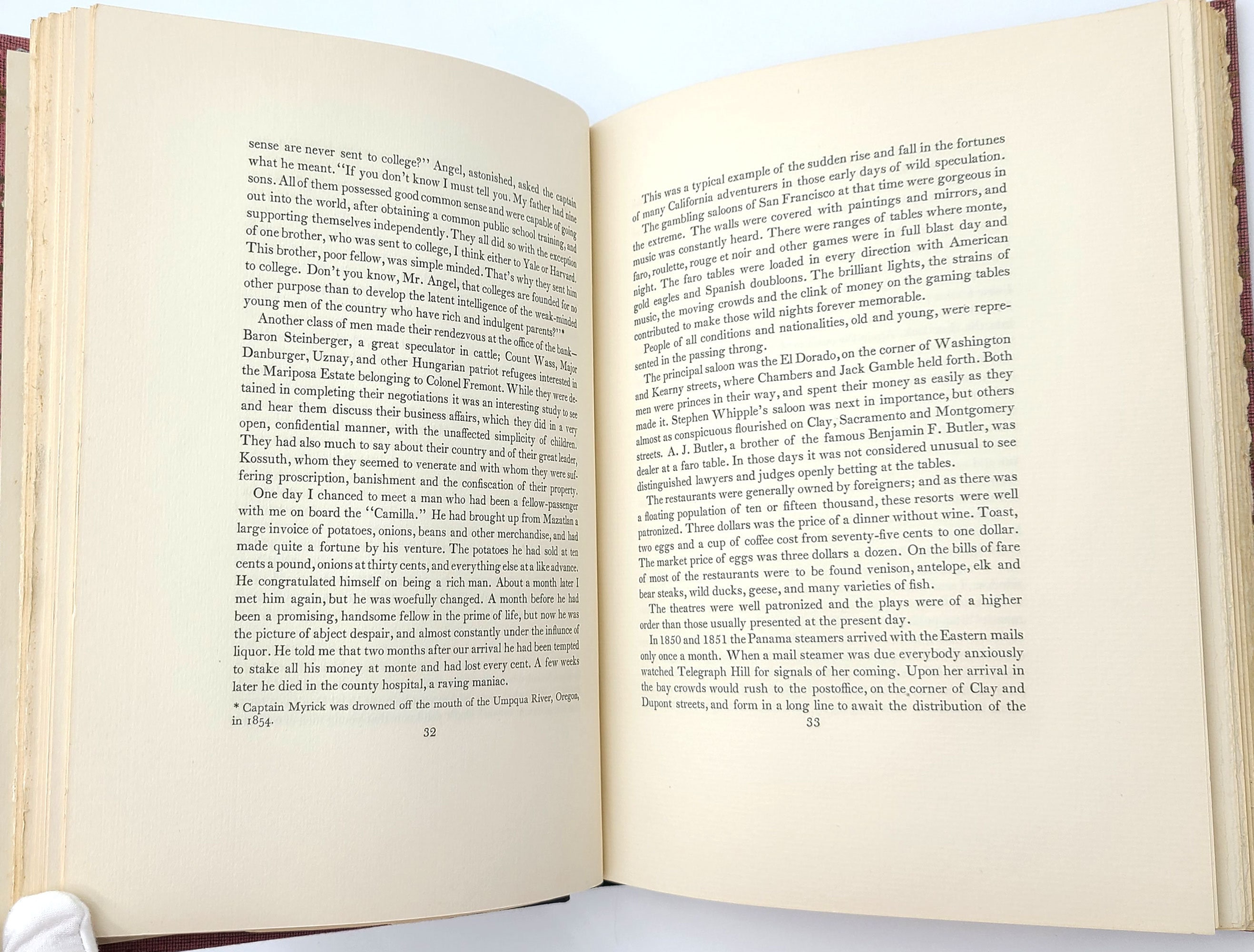 Description: One of 350 copies printed at the Grabhorn Press. Decorative paper boards with black cloth spine; paper title block on spine. Light wear to bottom fore-corners. Erased pencil in upper corner of ffep, else clean. Six illustrations (including frontispiece reproduction of one of the illustrations from Grapes and Grape Vines of California, which was printed by Bosqui & Co. in 1877). xvii, 180, [2] pages. 10 x 7.5 inches. Foreword by Harold C. Holmes. Introduction by Henry R. Wagner. Includes a checklist of the books and pamphlets known to have been printed by Bosqui.

Edward Bosqui (1832-1917) was the first to introduce the art of fine printing to California and whose memoirs is a faithful and important contribution to pioneer life in San Francisco. Bosqui came to California in 1850 and in 1863 founded the Bosqui Engraving and Printing Company. As he records, he was acquainted with a great many figures prominent in the early history of California. Among the wide-range of recollections are those of the Hayward Earthquake of 1868 and the early years of the Bohemian Club.