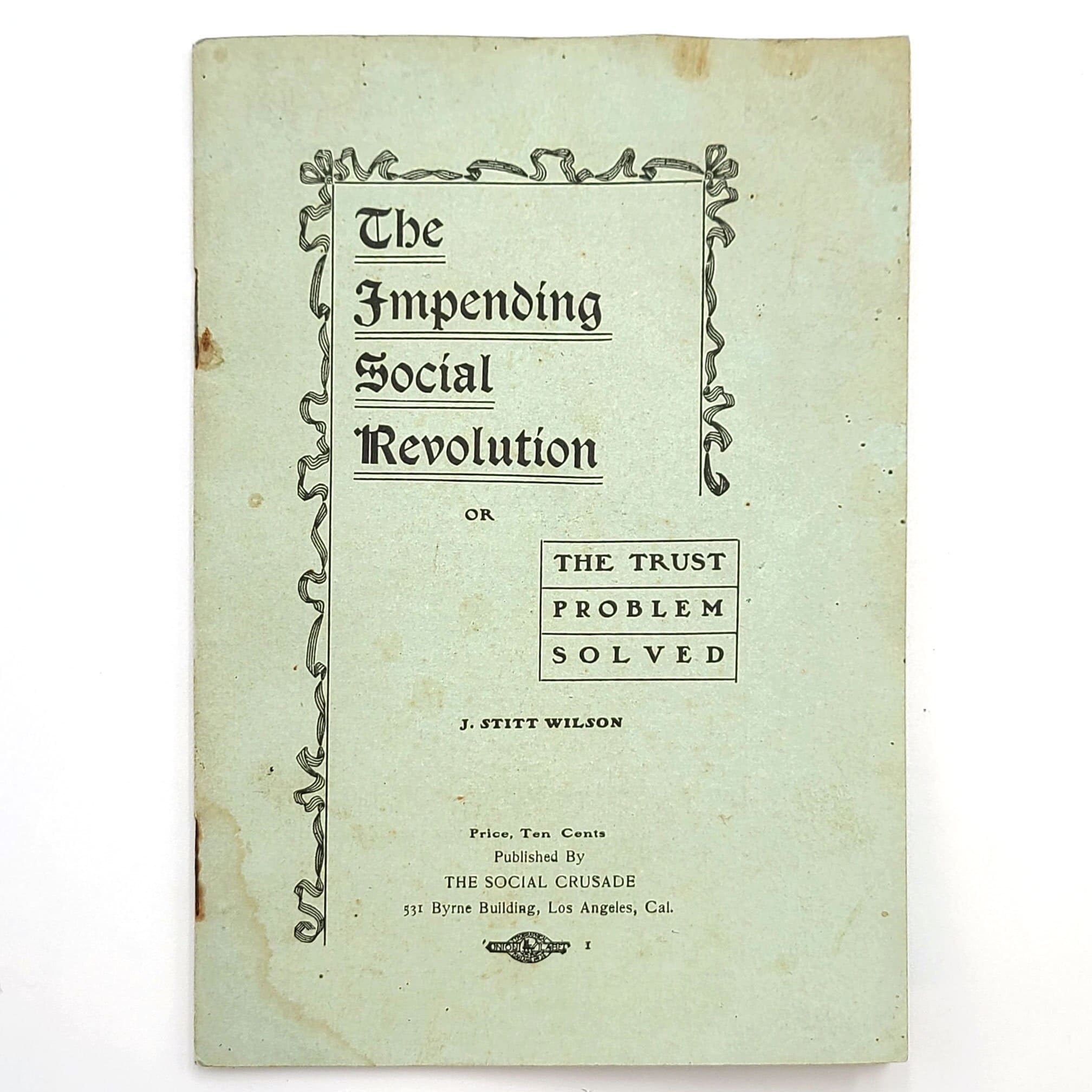 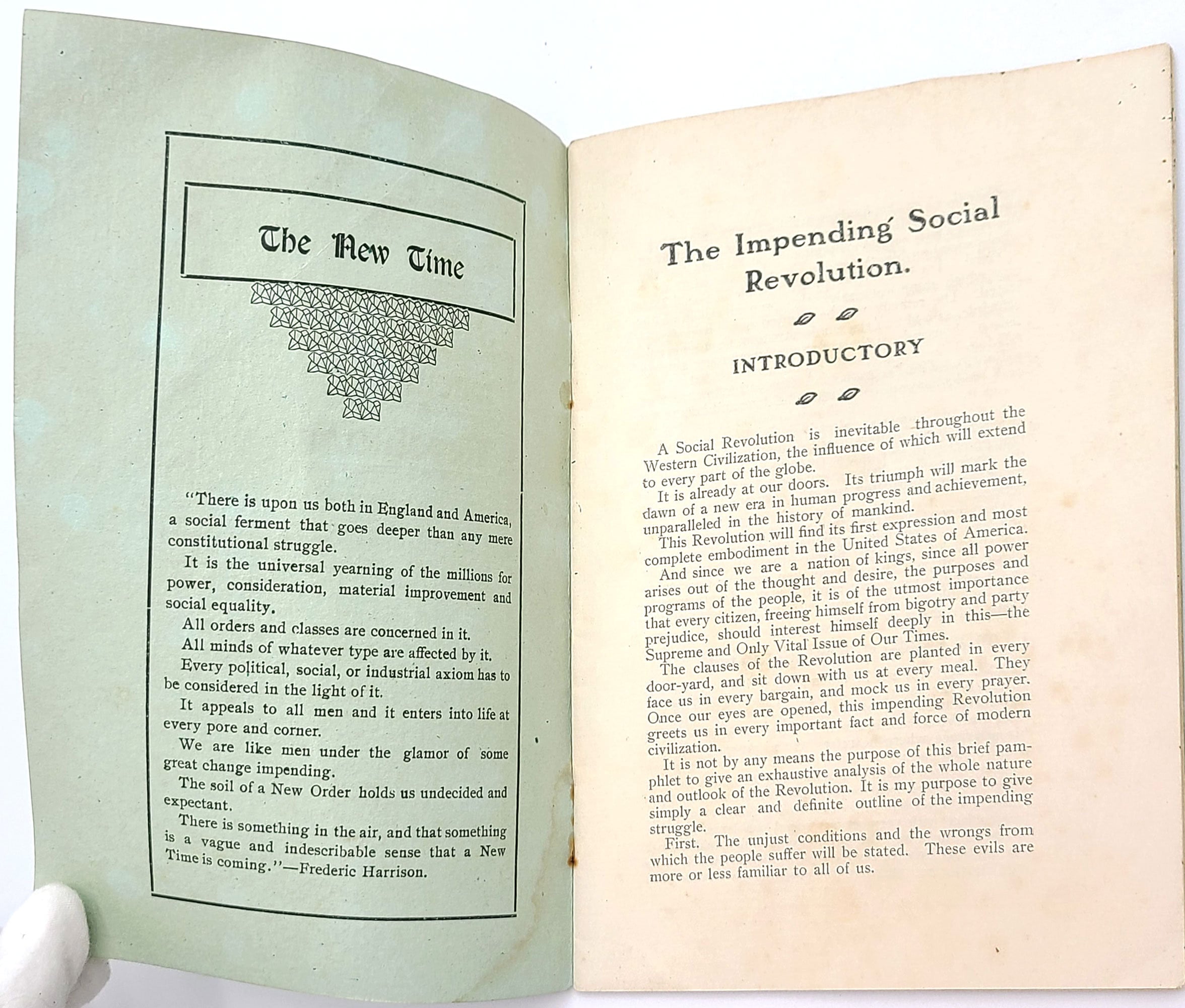 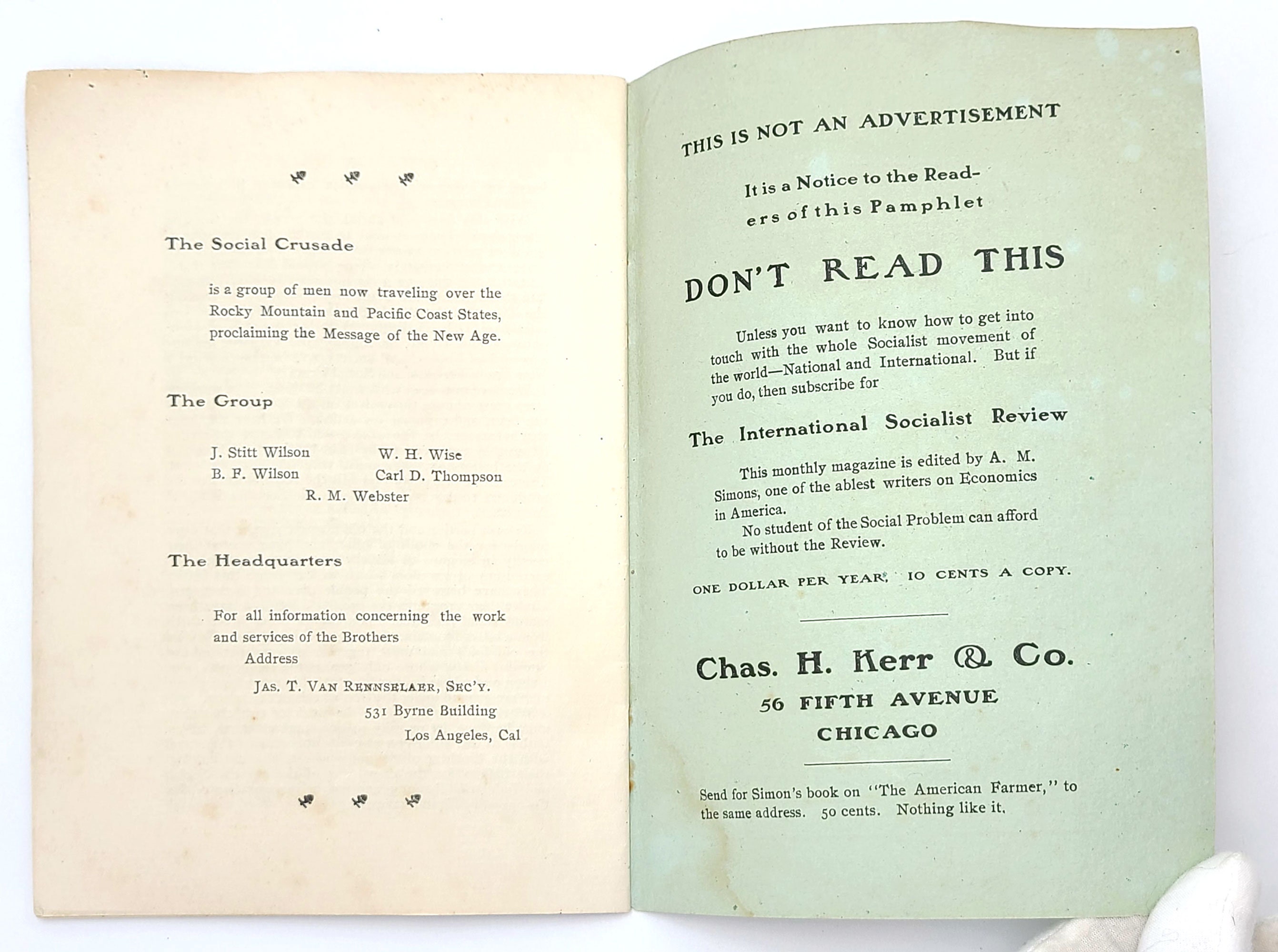 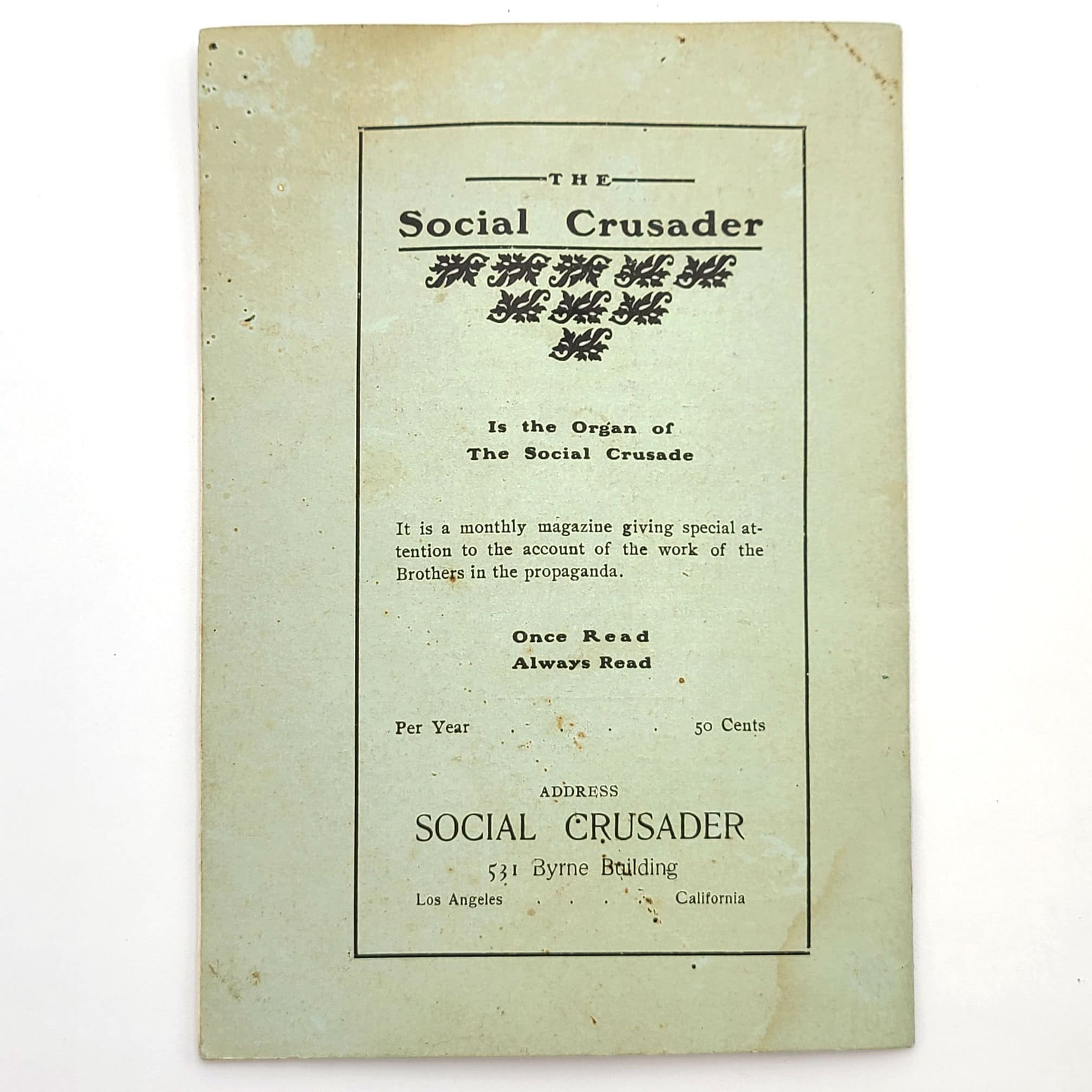 Title: The Impending Social Revolution or The Trust Problem Solved

The front cover states the price of ten cents. A book review in The International Socialist Review of August 1902 notes this item's price as ten cents.

This tract makes a case for Socialism in the United States, describes the state of affairs in the country that is making a shift away from capitalism possible, addresses class inequalities, poverty and other national ailments, and advocates for the collectivization of property.

The author, Jackson Stitt Wilson (1868-1942), was a Canadian-born American socialist, activist, and politician. In the 1890s, he was an active member of the Brotherhood of the Cooperative Commonwealth, which attempted to establish socialist colonies in Washington state. He was a member of the Socialist Party of America and was a delegate to its national conventions for California in 1904, 1910, and 1912. He was mayor of Berkeley, California between 1911 and 1913.