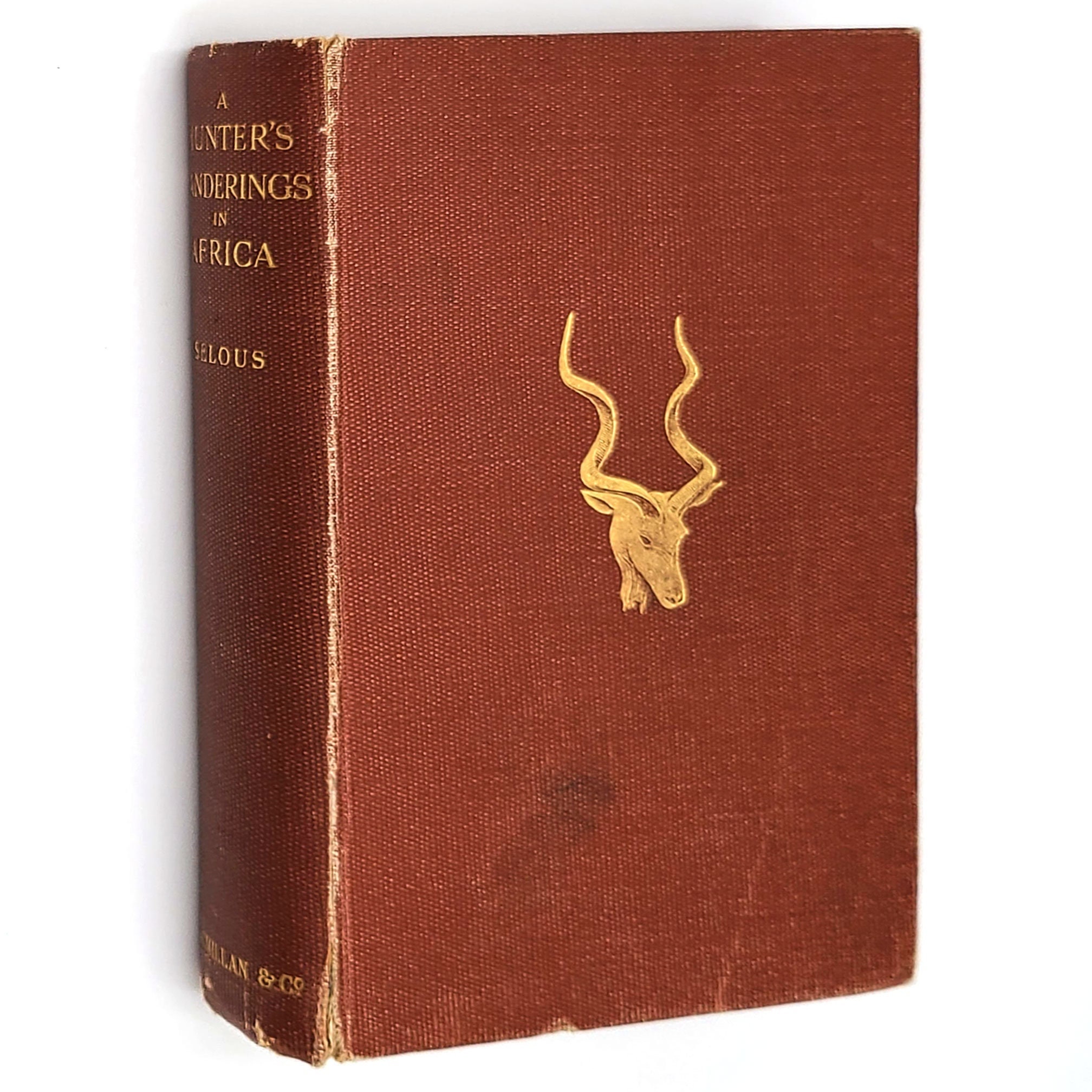 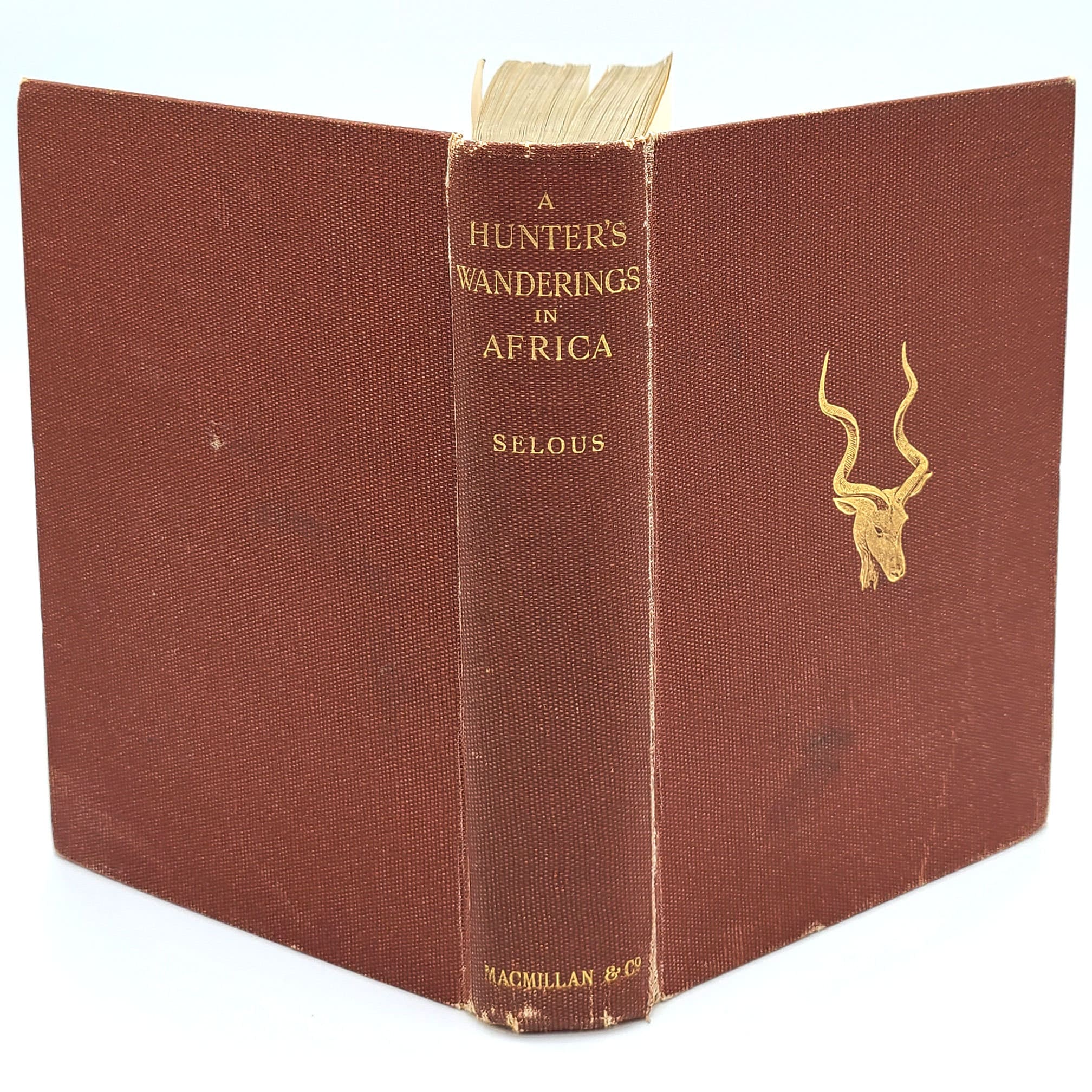 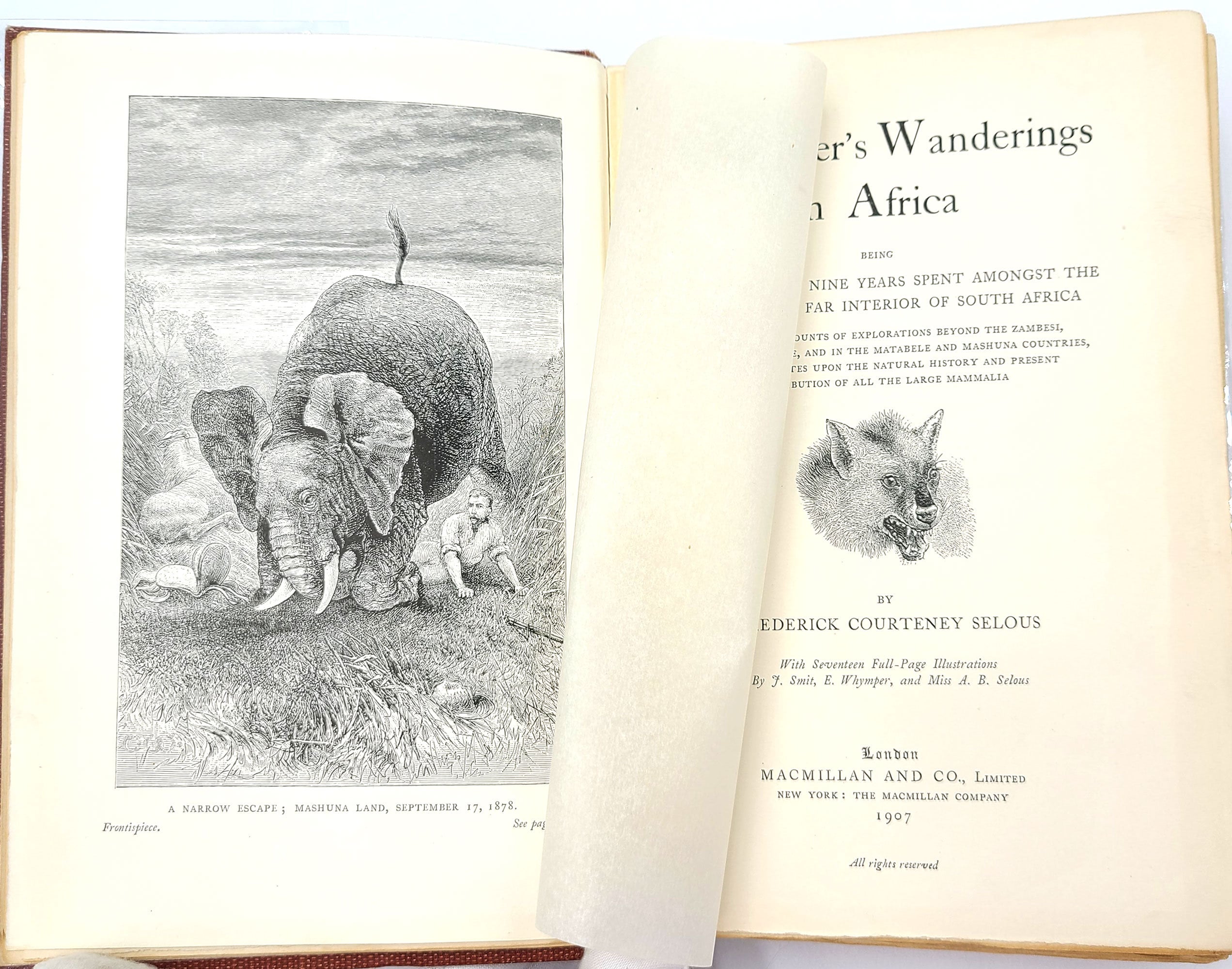 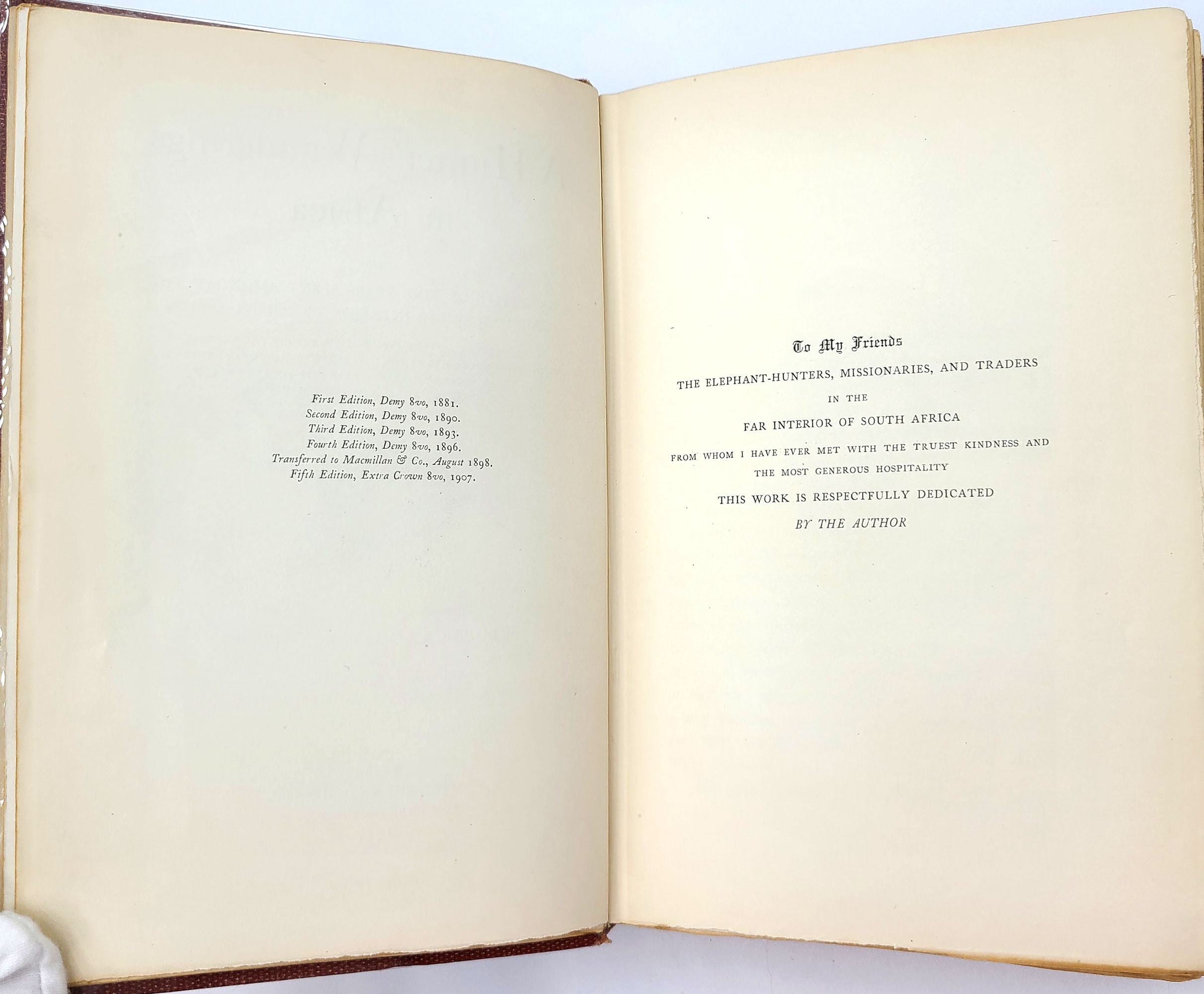 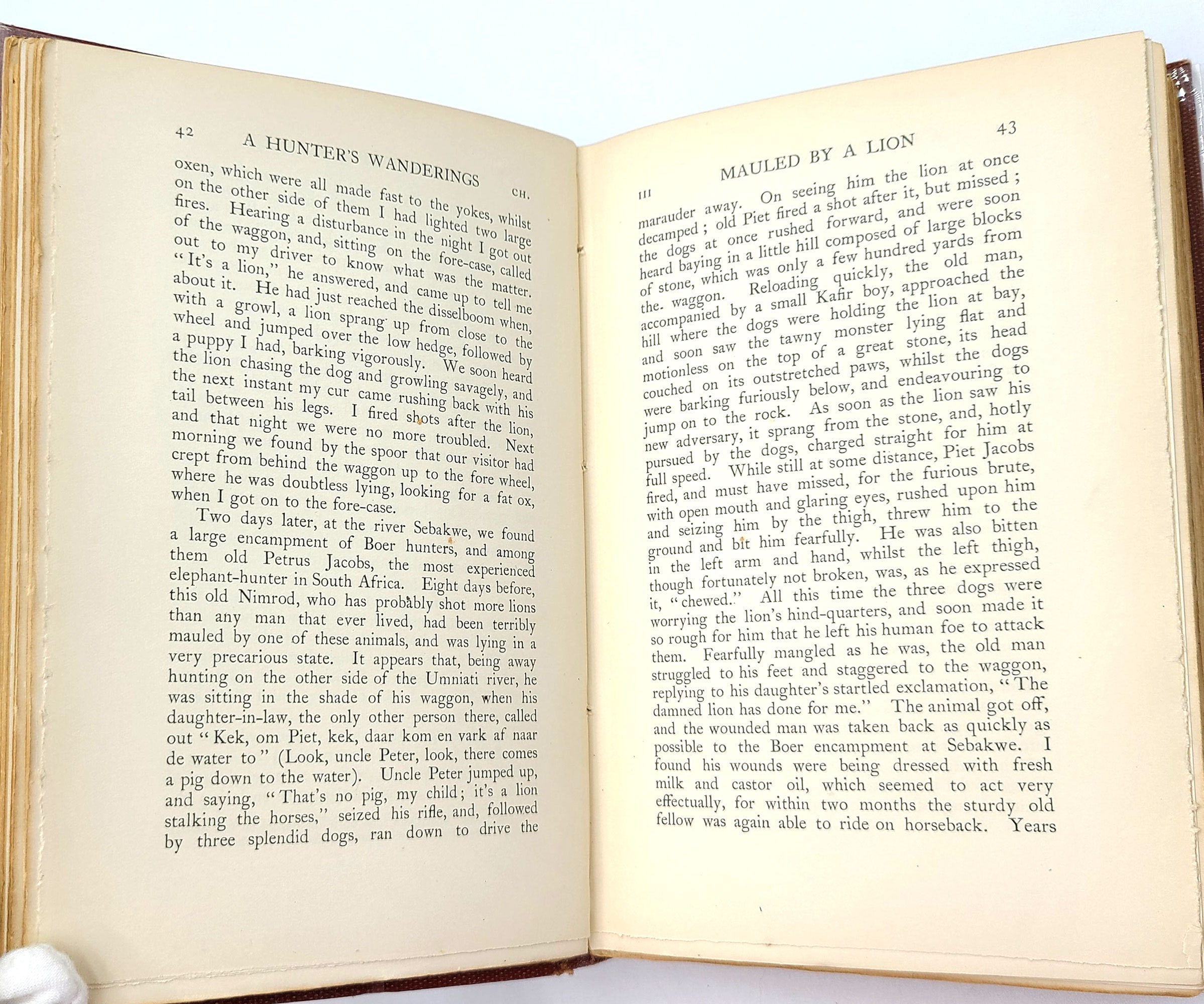 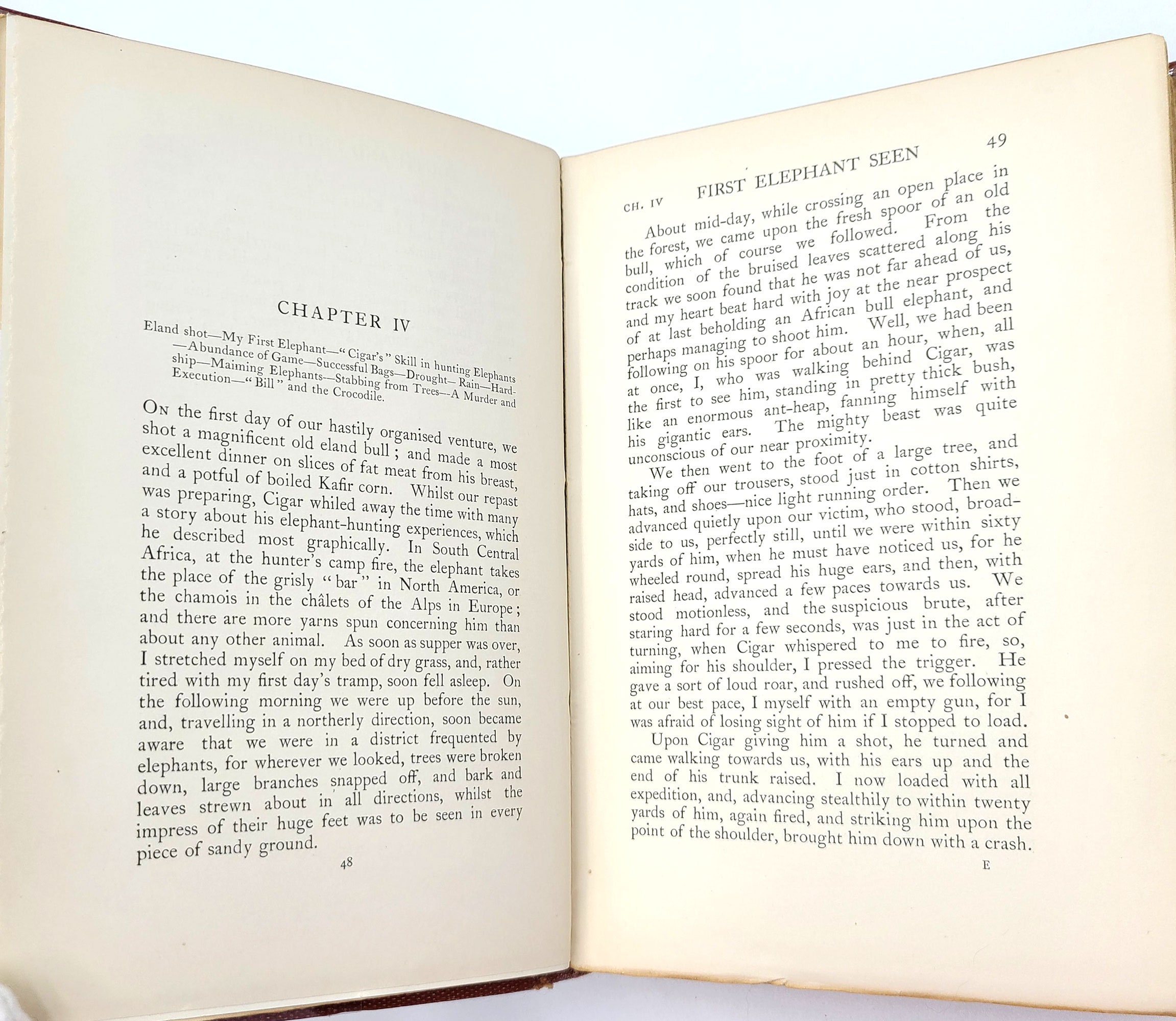 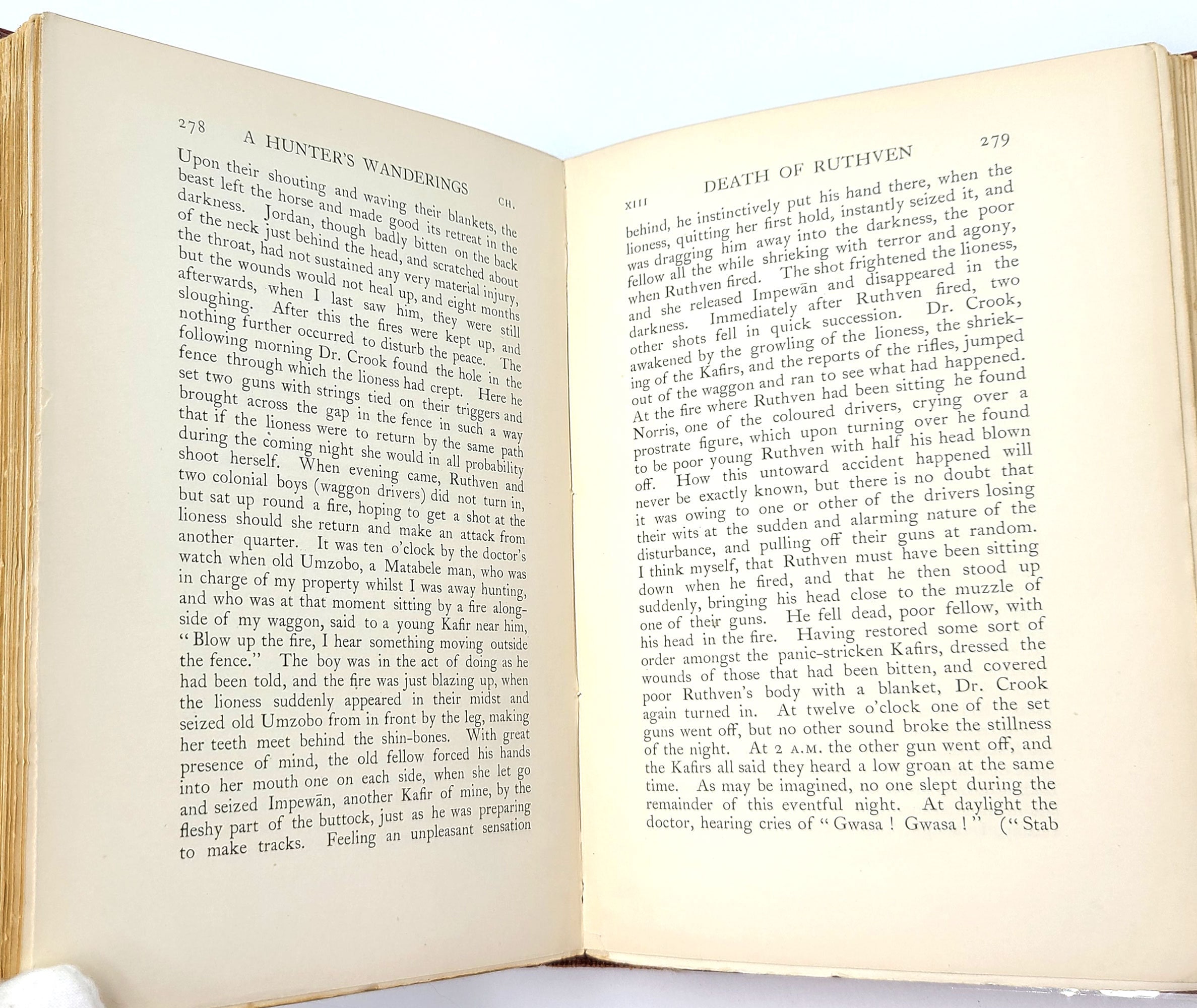 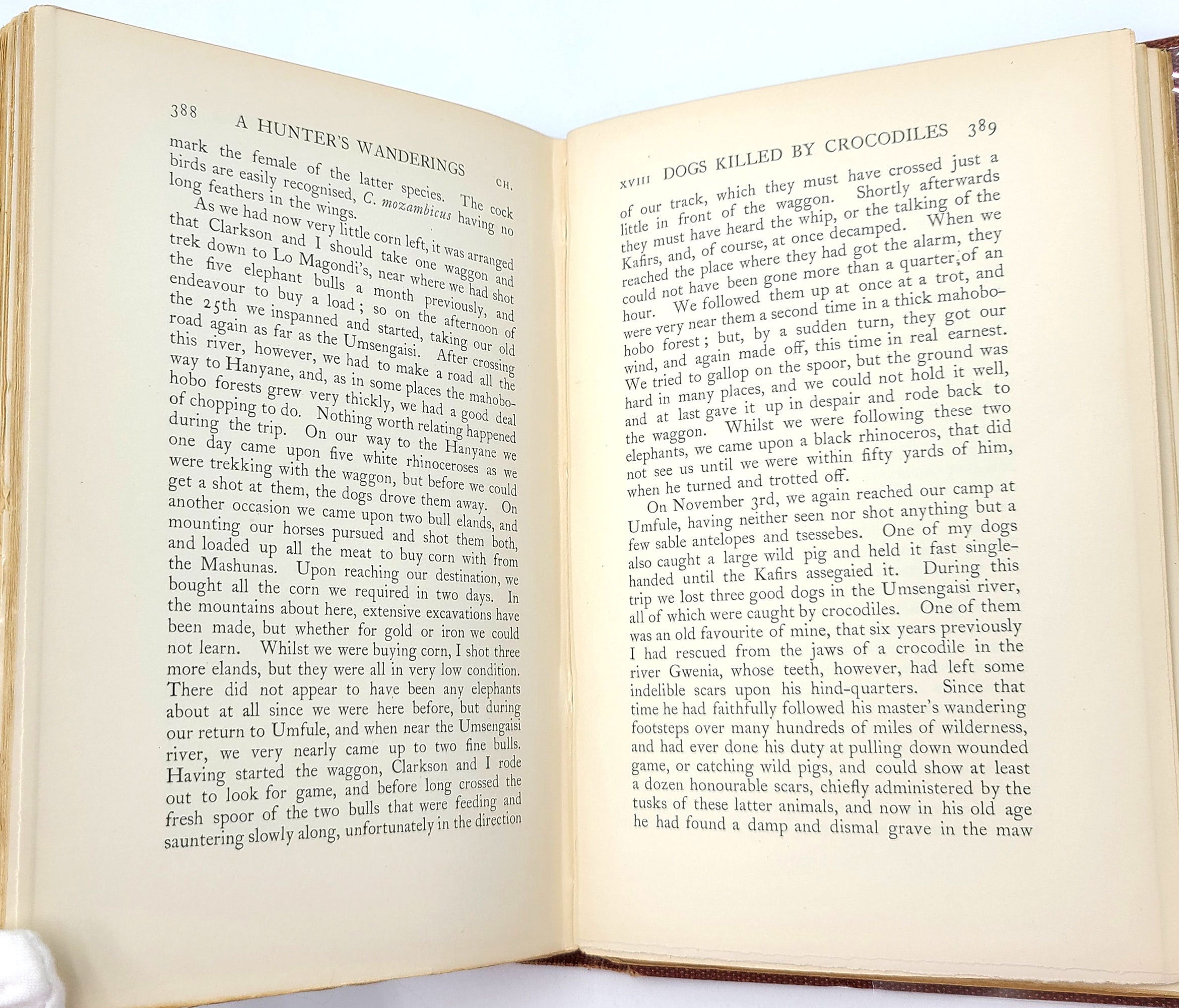 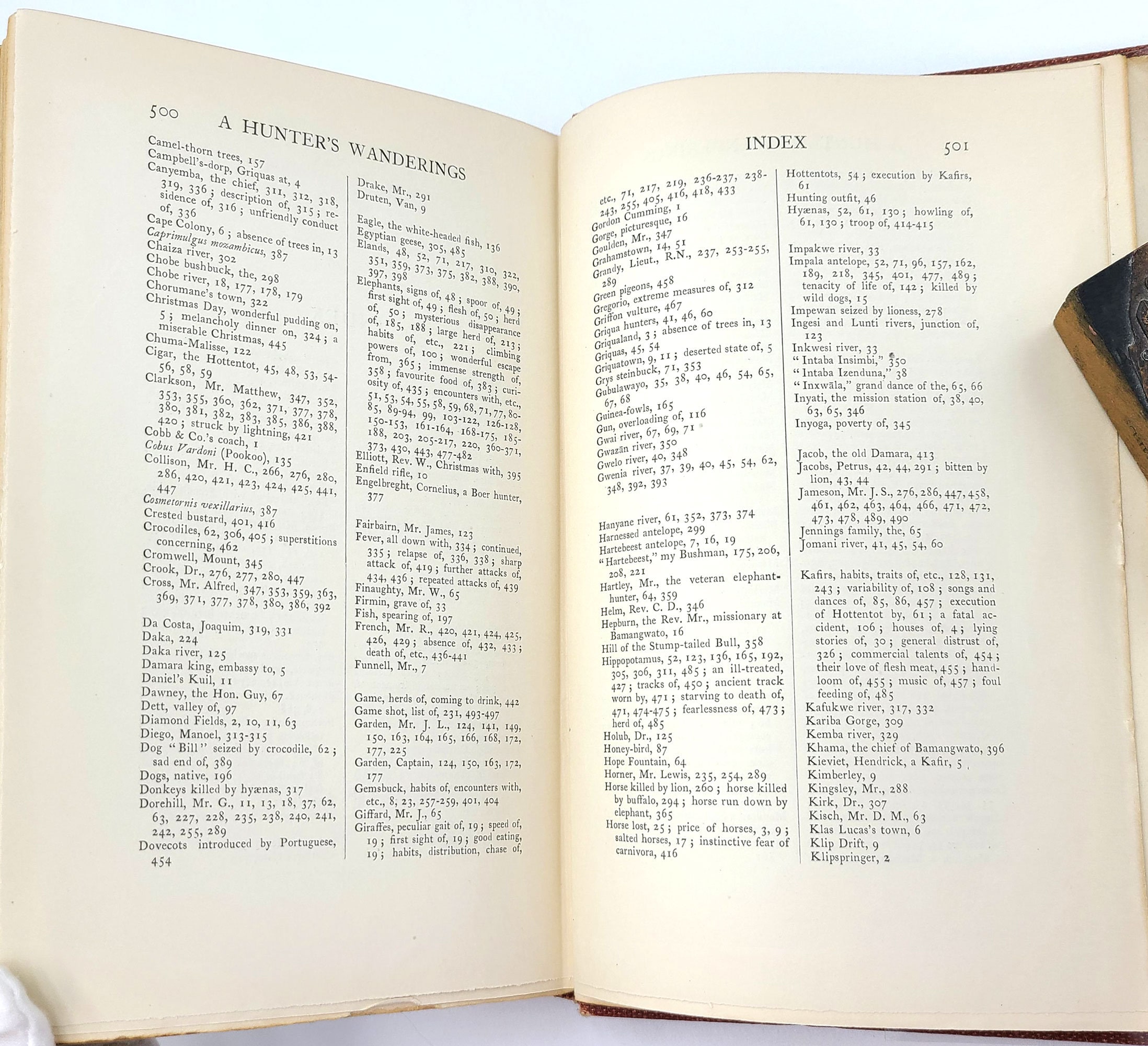 Title: A Hunter's Wanderings in Africa: being A Narrative of Nine Years Spent Amongst the Game of the Far Interior of South Africa containing accounts of explorations beyond the Zambesi, on the River Chobe, and in the Matabele and Mashuna countries, with full notes upon the natural history and present distribution of all the large mammalia

Detailed narrative of Selous's game hunting expeditions in Southeast Africa between 1871 and 1880, specifically in Matableland and Mashonaland (later Rhodesia, now Zimbabwe), being the region between the Zambezi and Limpopo Rivers. A lively account, with many dire events, interactions and observations of the native tribes, and extensive encounters with wide variety of game, including elephants, buffalo, lion, giraffe, wildebeest, rhinoceros, hippopotamus, zebra, wart hog, many species of antelope, and more. Includes a day-by-day list of all game shot (with general location) for the years 1879-1880.

Frederick Courteney Selous (1851-1917) was a British explorer, officer, professional hunter, conservationist, and friend of both Theodore Roosevelt and Cecil Rhodes. He was preeminent within a group of big game hunters that included Abel Chapman and Arthur Henry Neumann and was the older brother of the ornithologist and writer Edmund Selous.