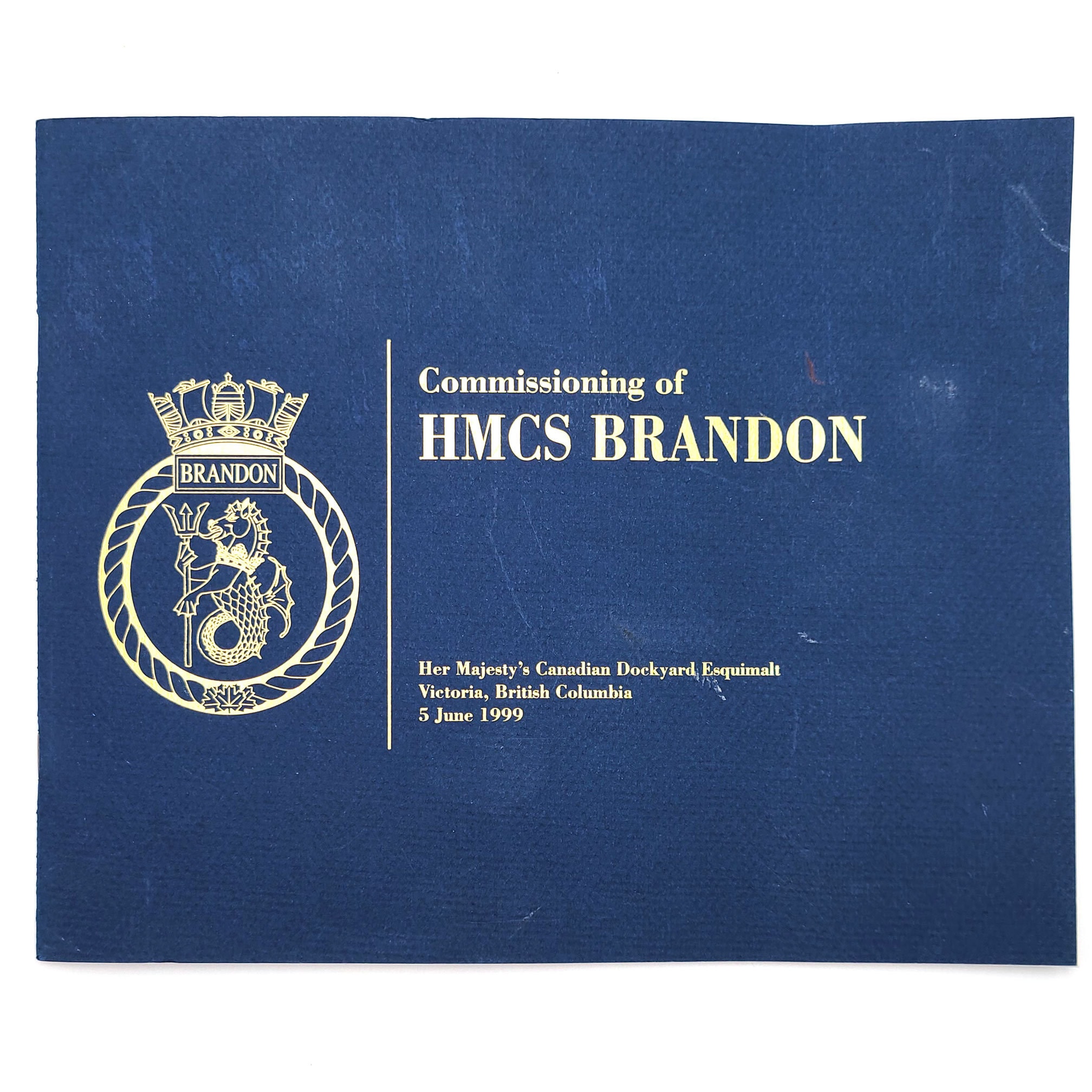 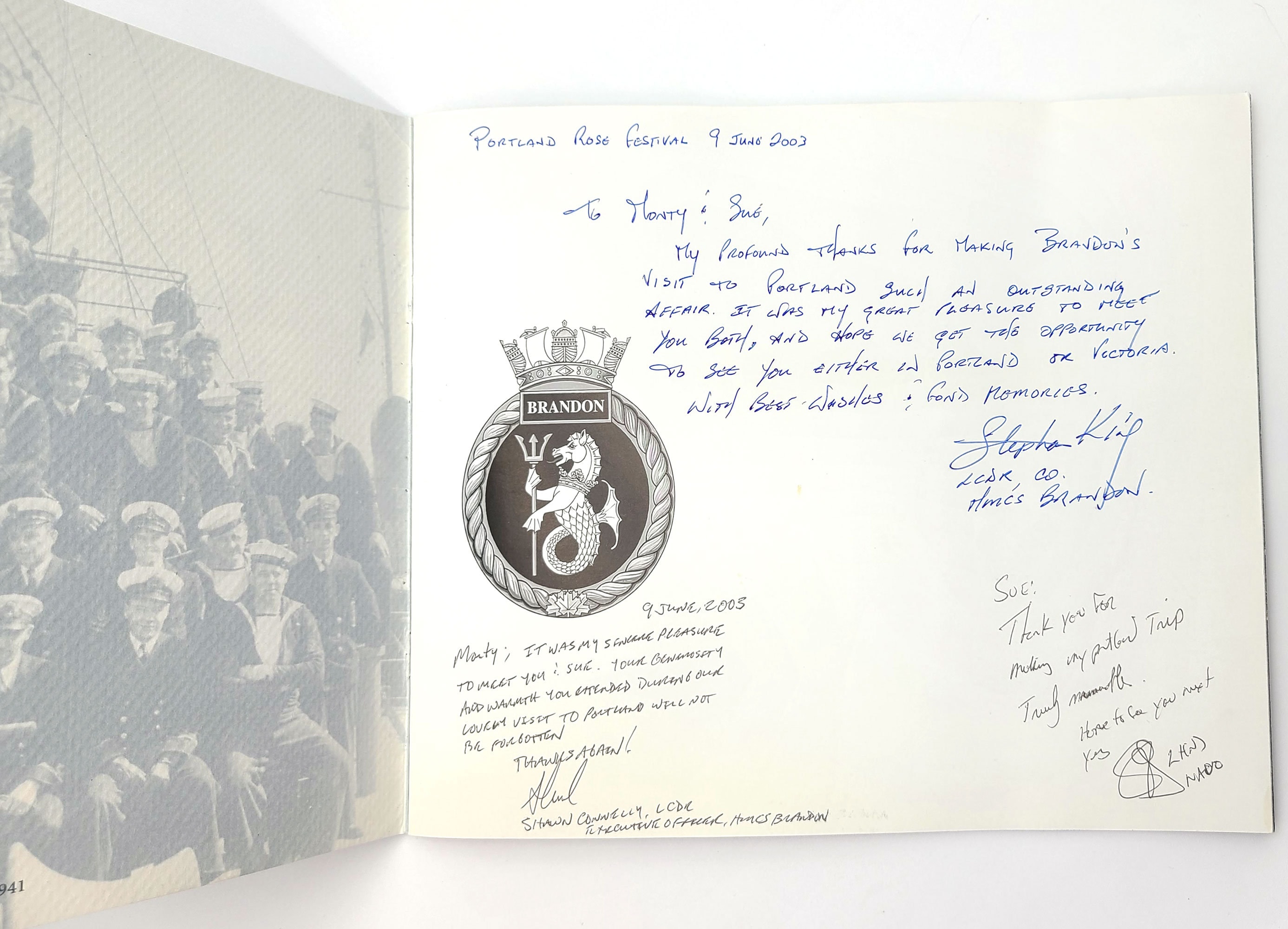 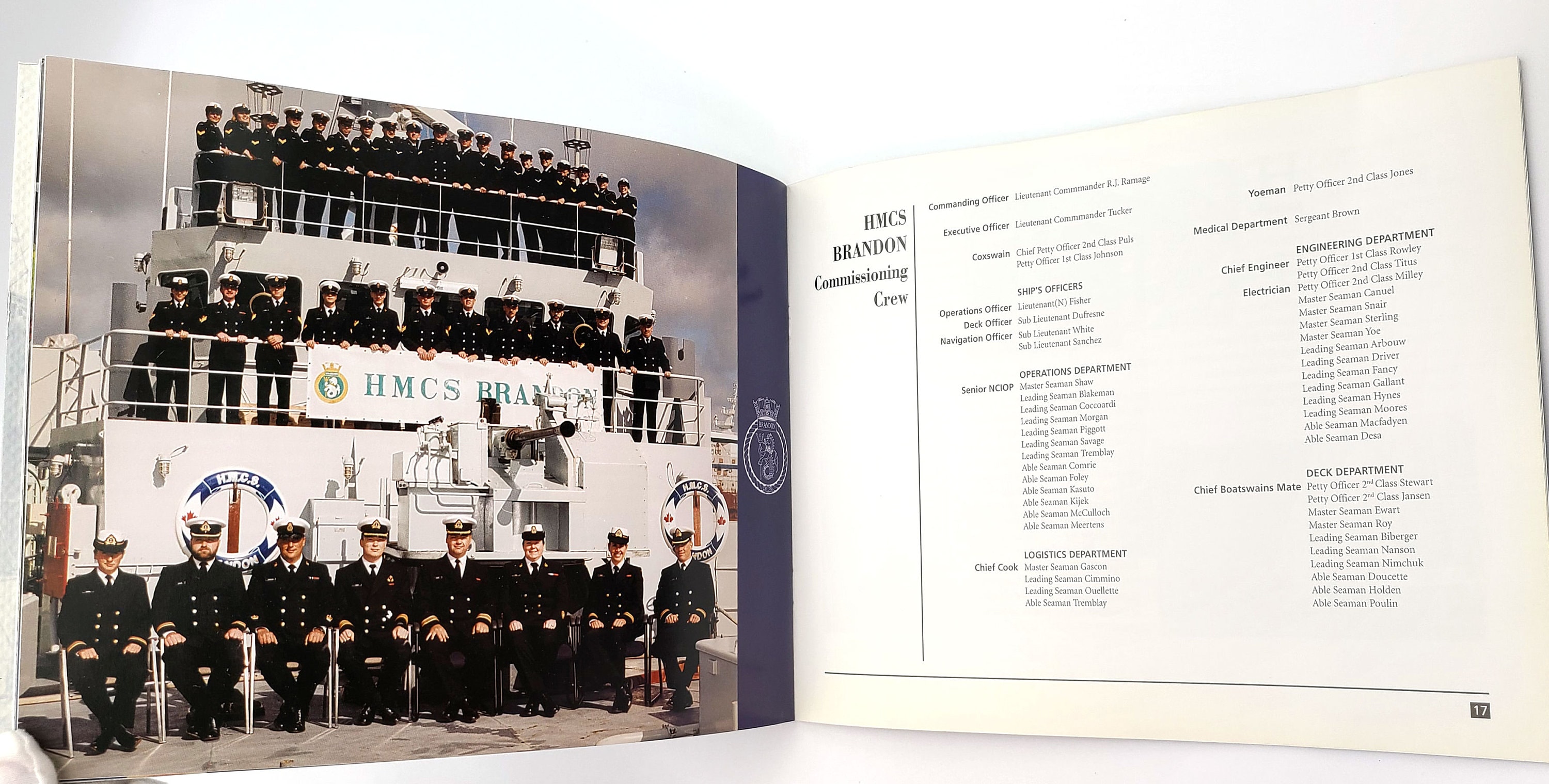 Description: Inscribed by three of the chief officers of the HMCS Brandon in 2003. Staple-bound in card covers. Covers show some scuffing and light soiling. Interior is clean. 24 pages. 21.5 x 28 cm.

The HMCS Brandon, one of the Royal Canadian Navy's Kingston-class Maritime Coastal Defence Vessels, was built by the Halifax Shipyards. Its keel was laid in December 1997, named in the summer of 1998, and commissioned 5 June 1999 at the dockyard at Esquimalt, British Columbia. She is assigned to the Maritime Forces Pacific (MARPAC).

Includes color photos, including that of the Commissioning Crew accompanied by names and position (or departement) of each crew member, and a diagram showing the features of the HMCS Brandon and other MCDV's. Includes a short account of the first HMCS Brandon (K149), her namesake which was decommissioned in 1945.