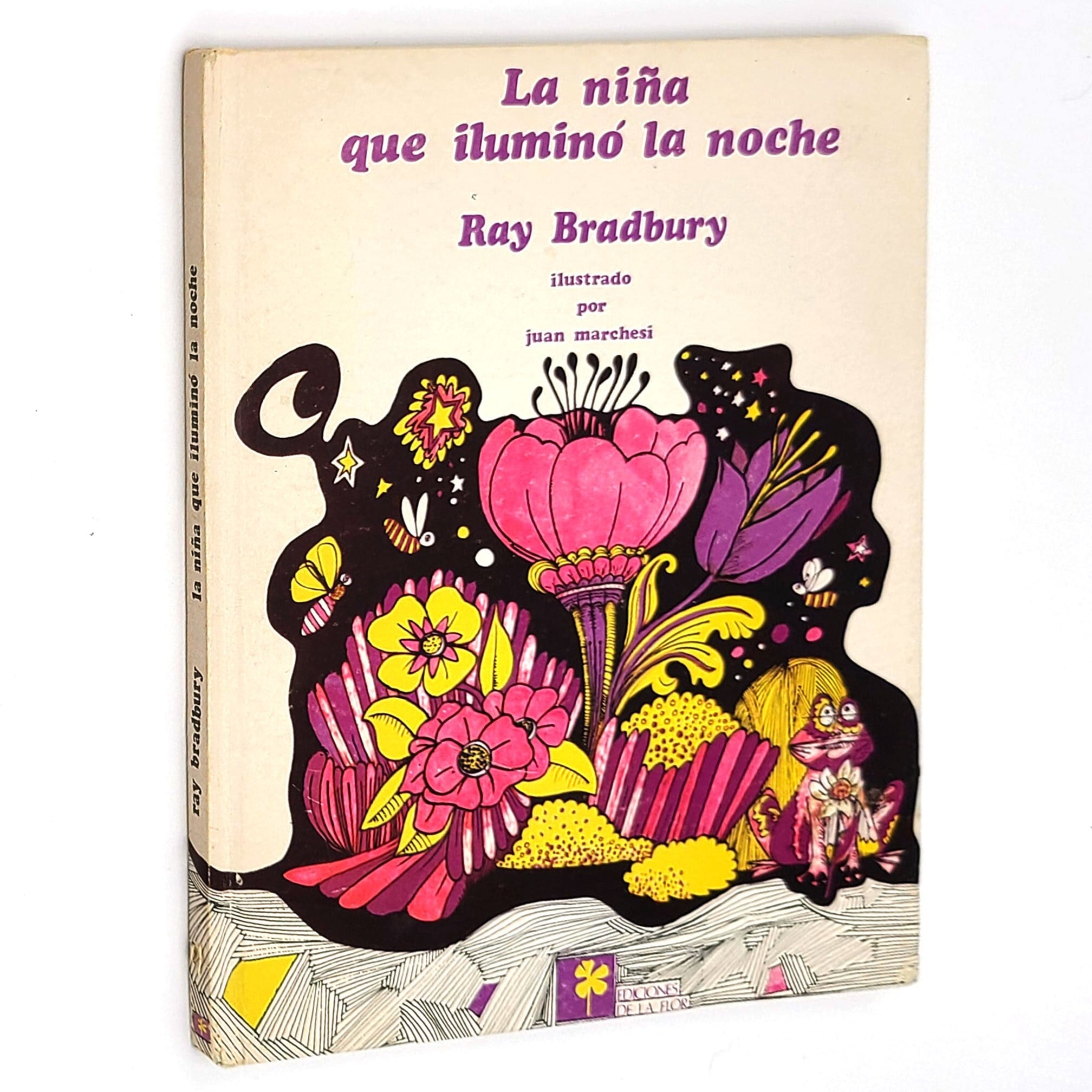 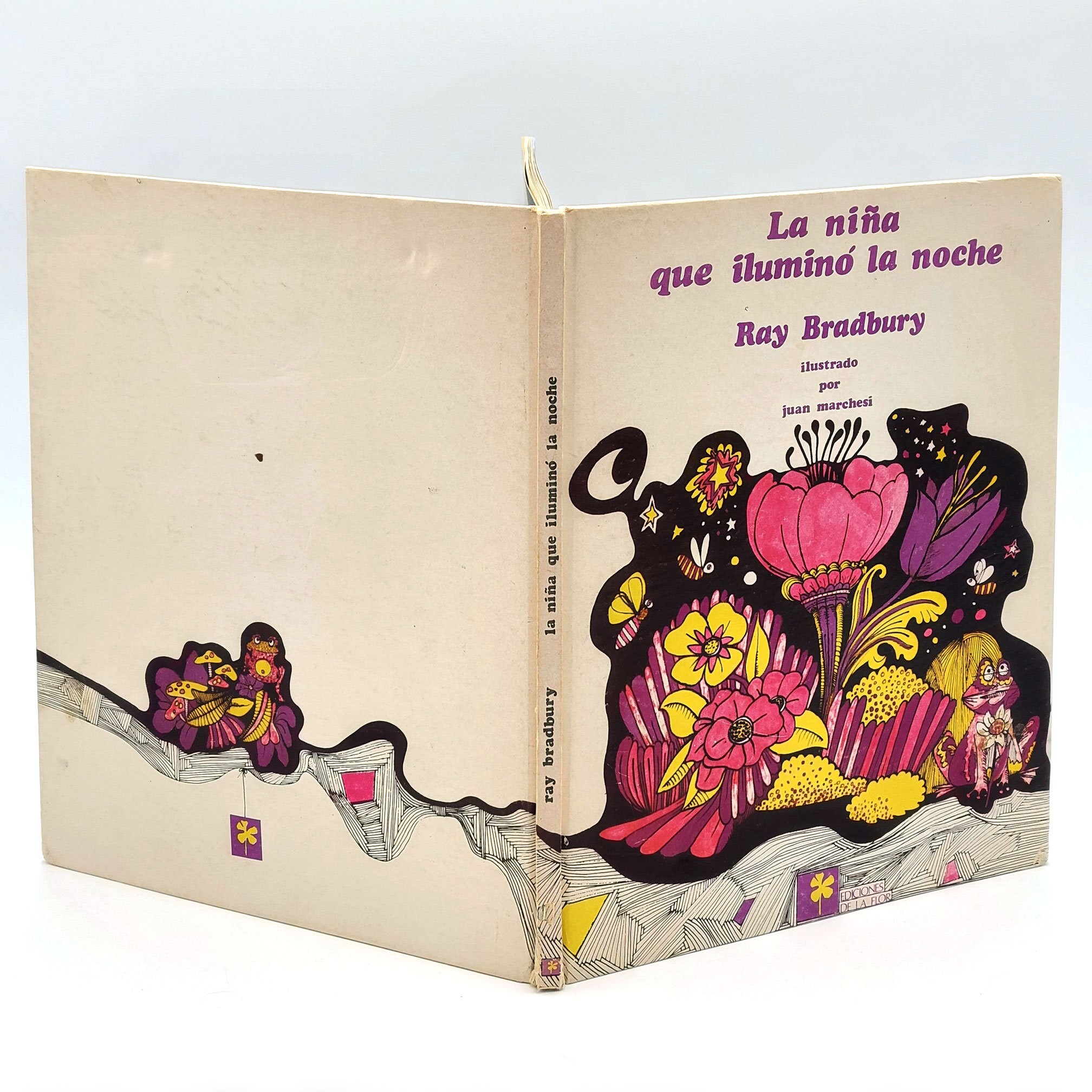 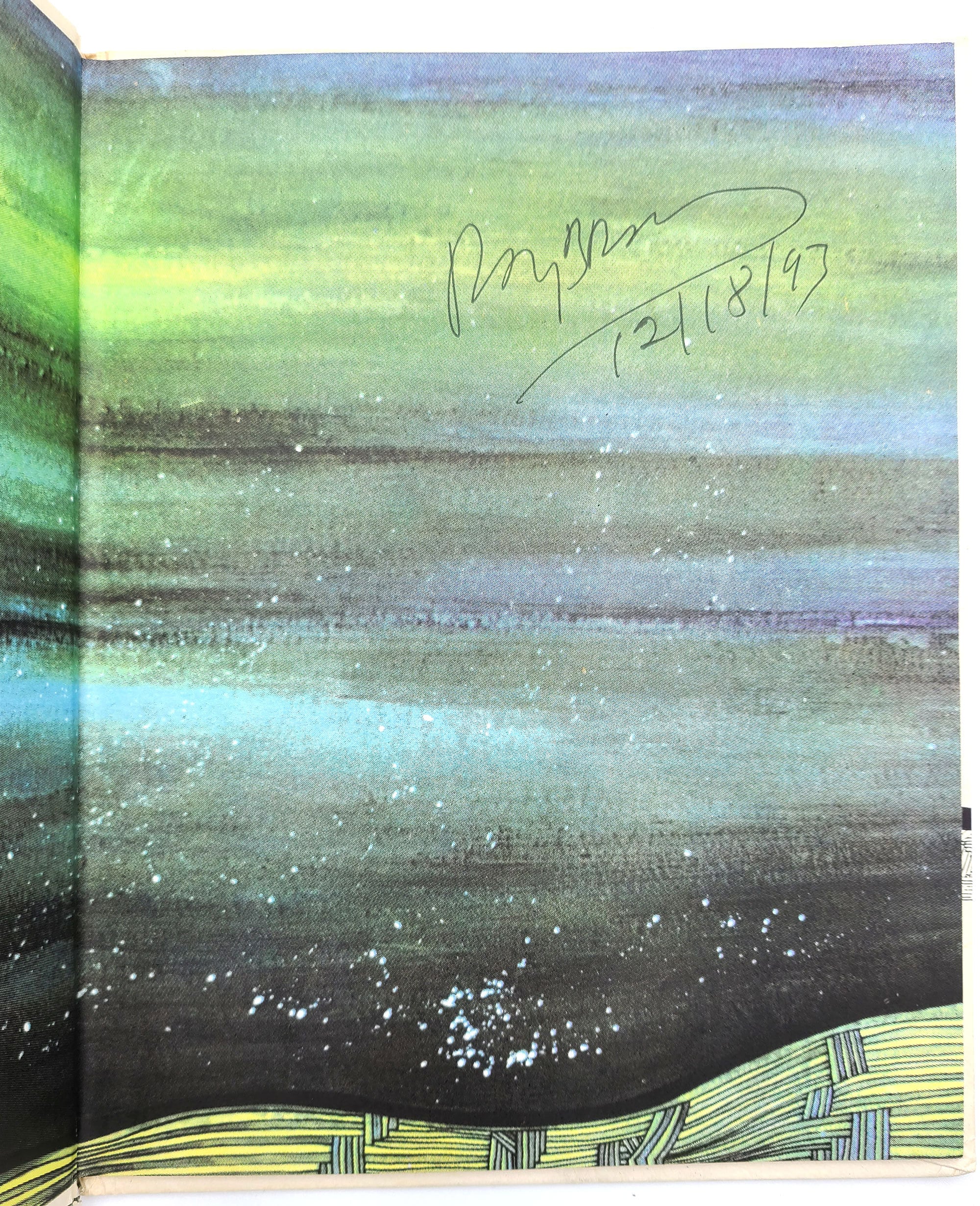 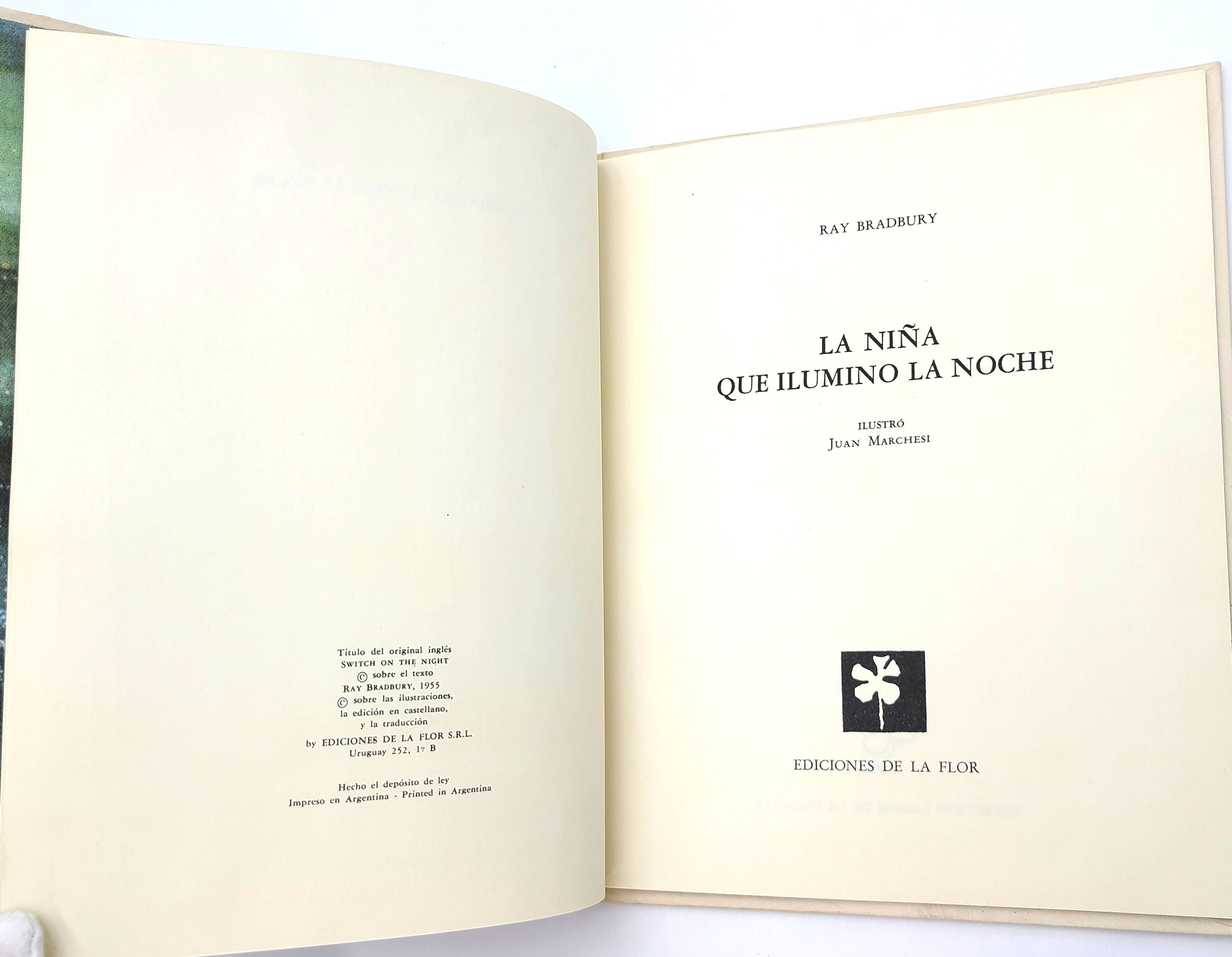 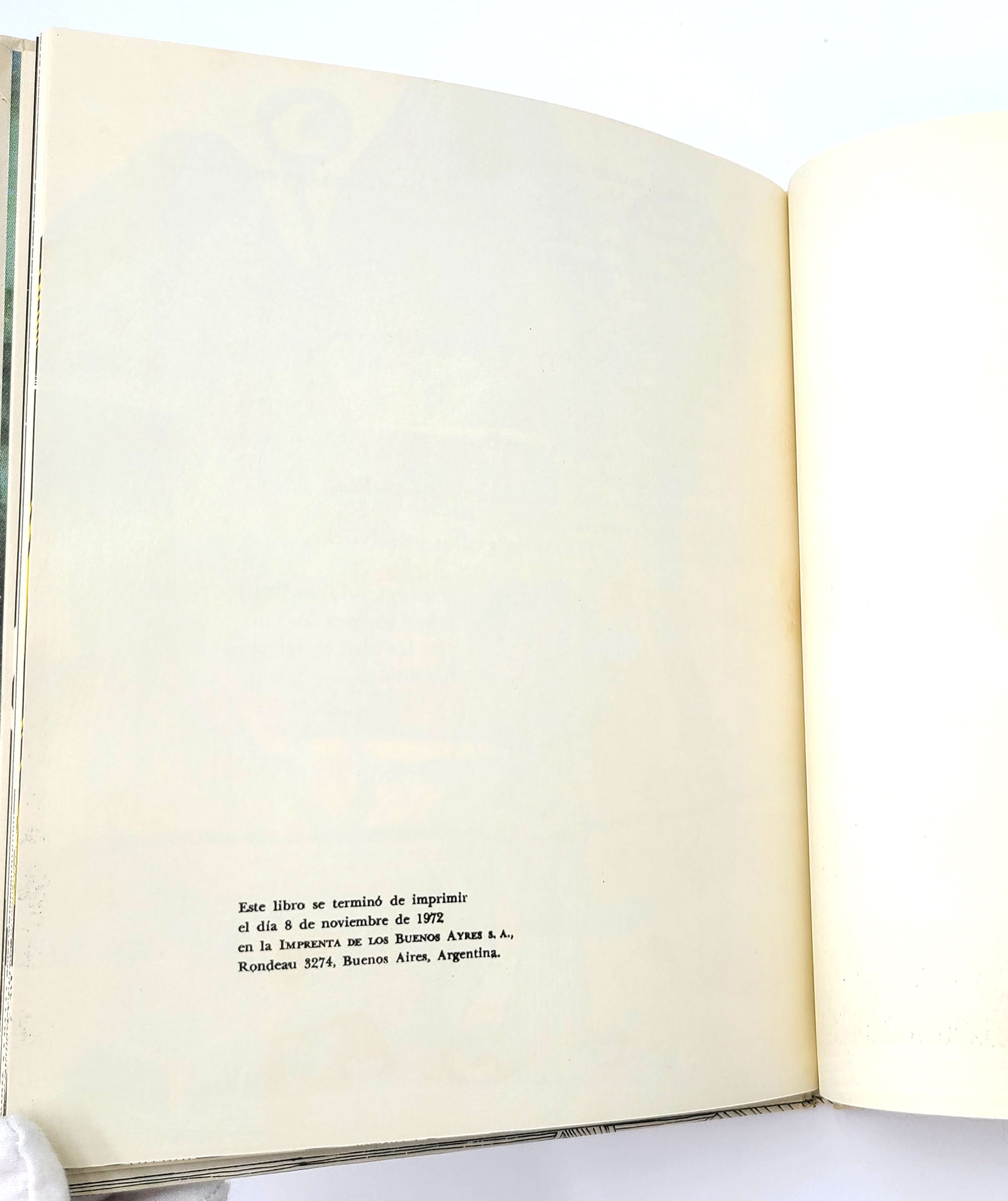 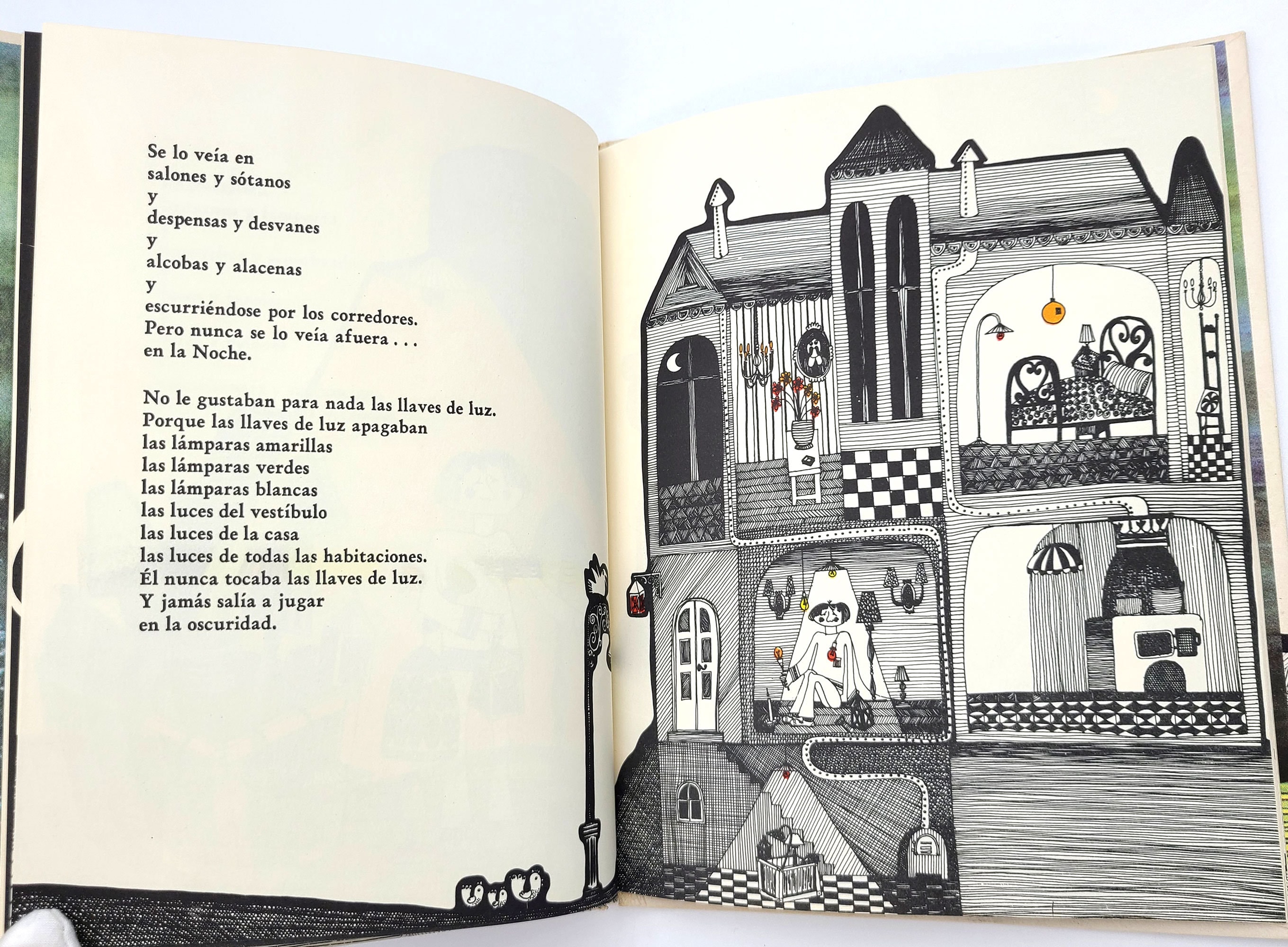 Description: Signed and dated by Bradbury on the ffep. White boards with purple, magenta, yellow and black illustrated covers. Covers have some surface dents/impressions; a couple spots of soiling on rear cover. Illustrated endpapers. Interior is clean and unmarked. Illustrations by Juan Marchesi in color and black & white. [32] pages. 22.5 x 18.5 cm.

Uruguayan Spanish-language edition of Ray Bradbury's 1955 children's book, Switch On the Night, which he originally wrote to help his own children overcome their fear of the dark. This edition published by Ediciones de La Flor, Uruguay, and printed in November 1972 in Buenos Aires, Argentina.