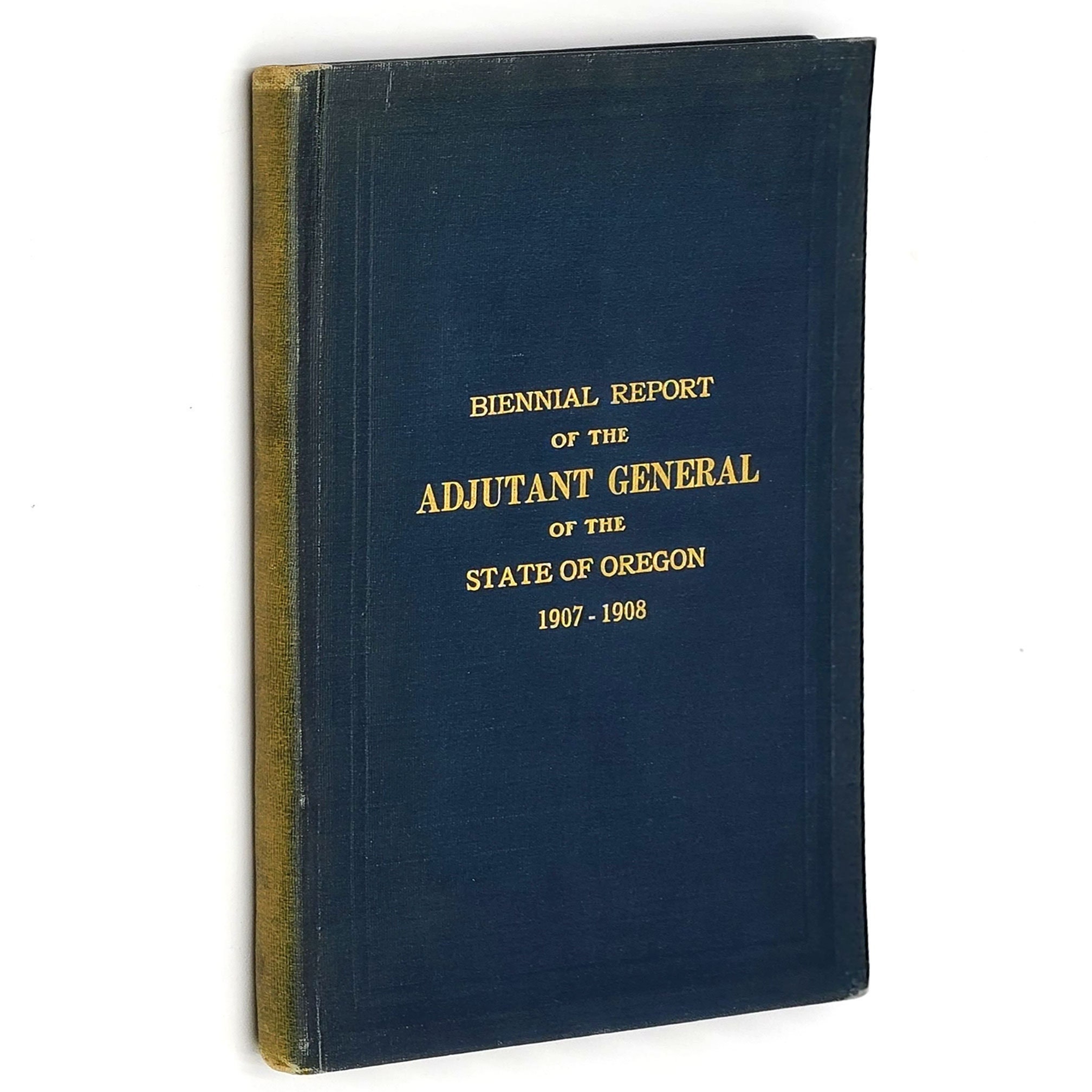 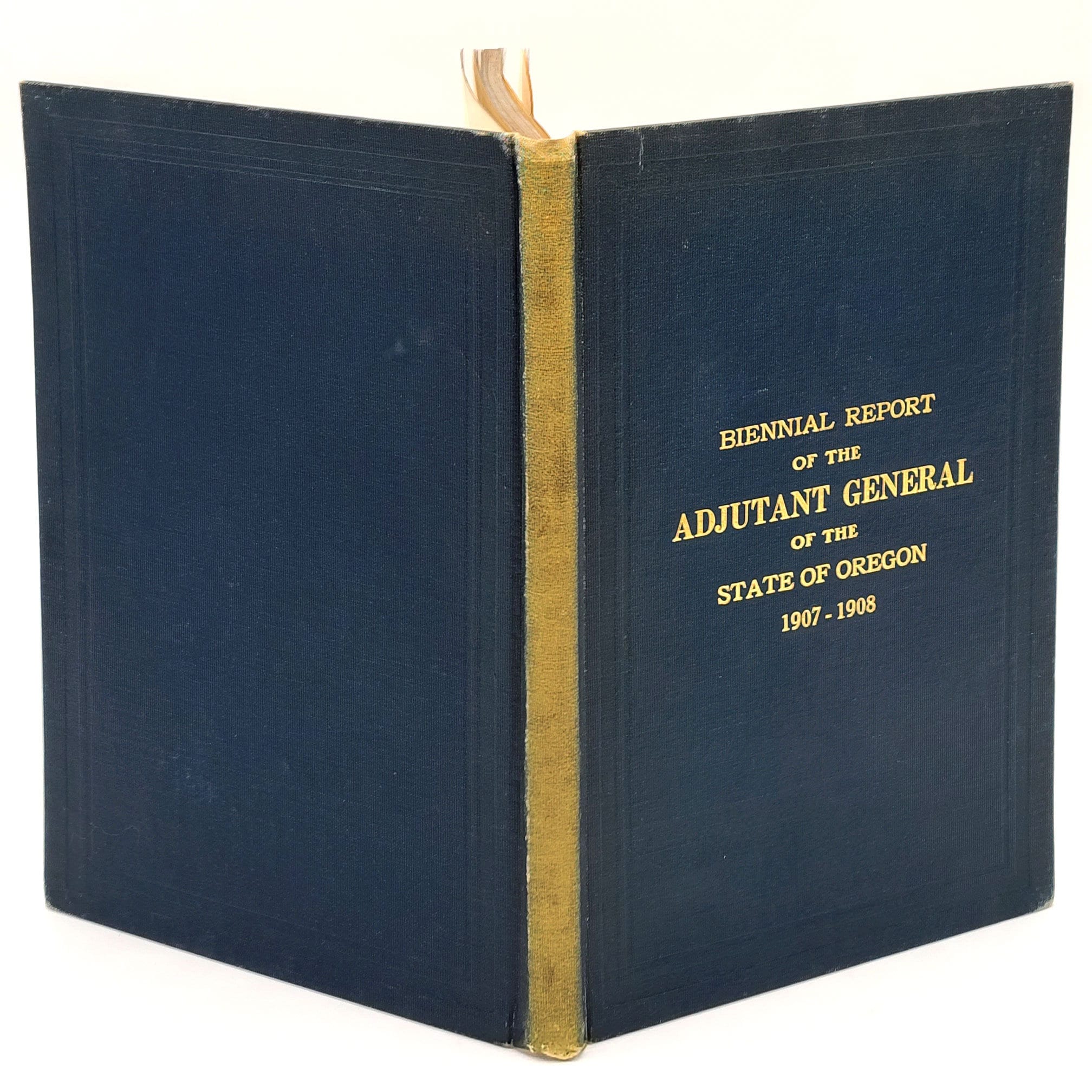 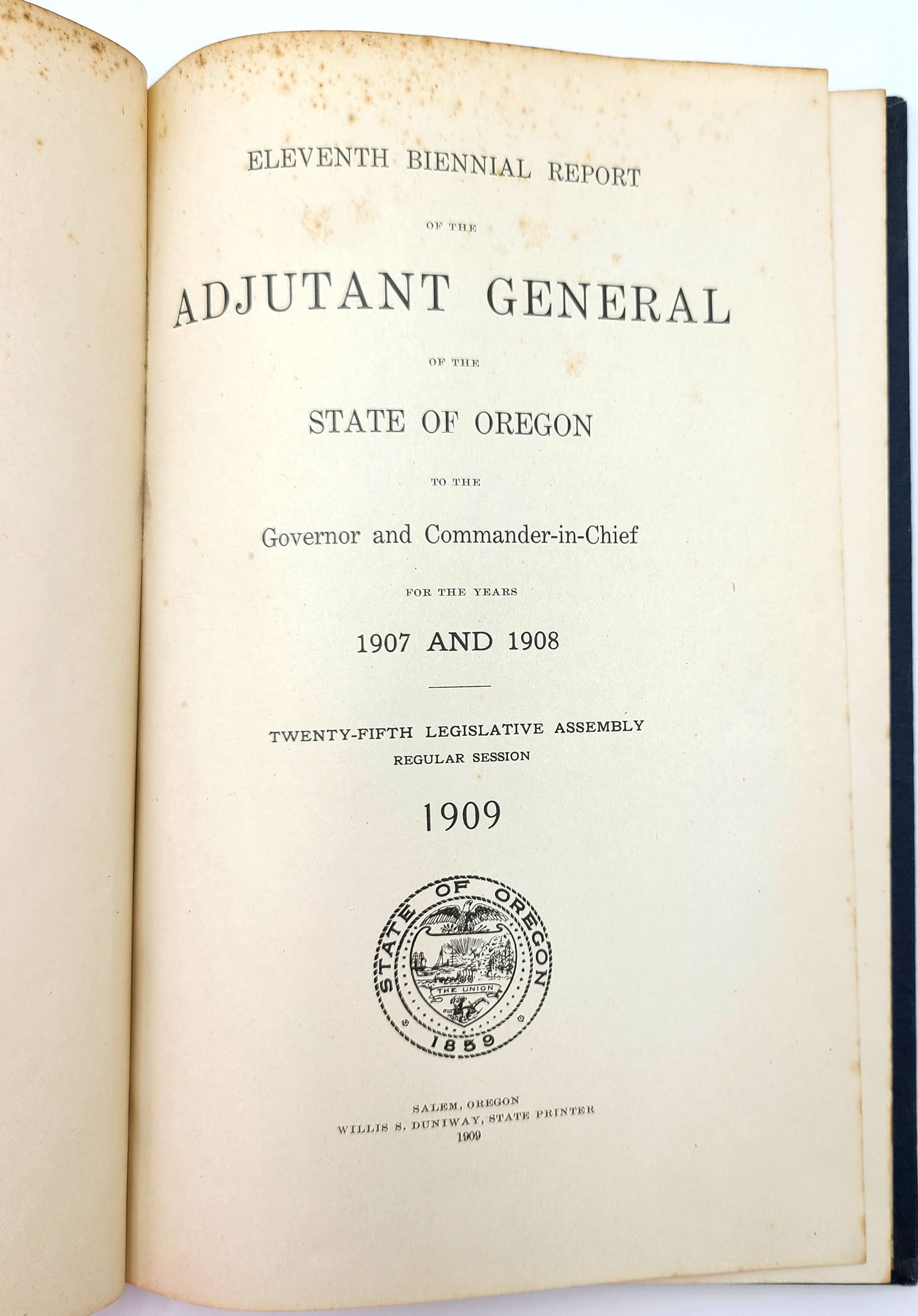 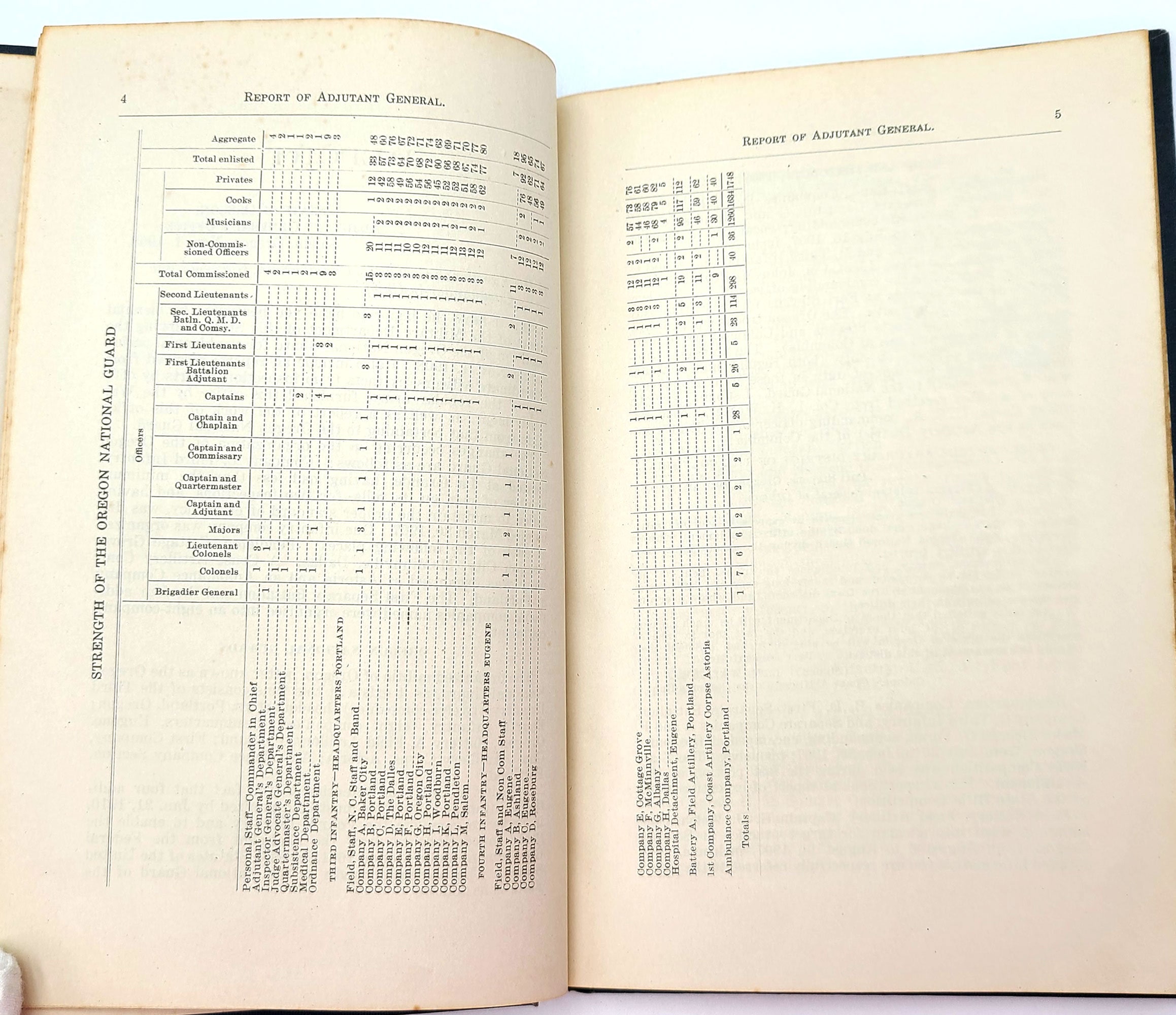 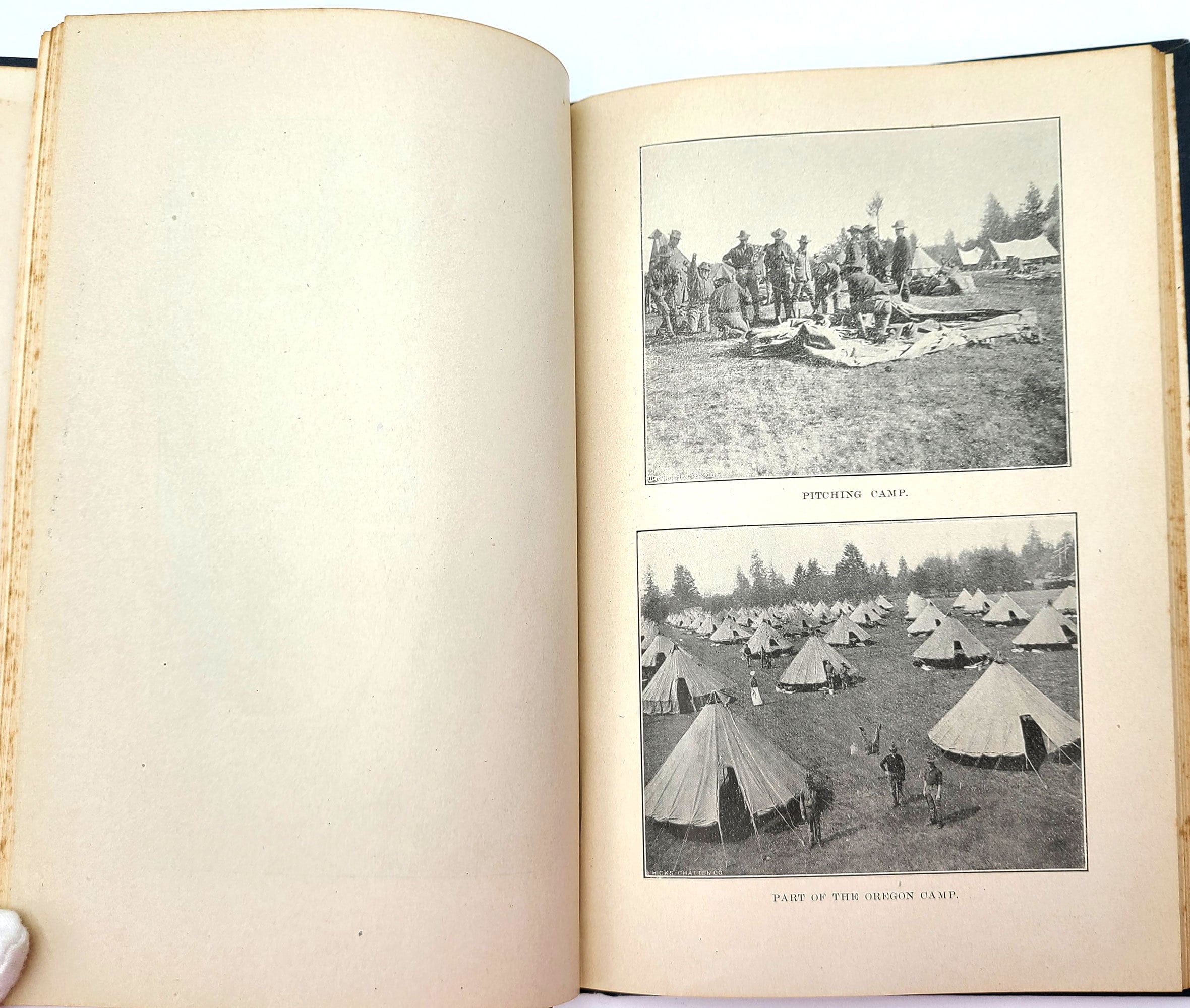 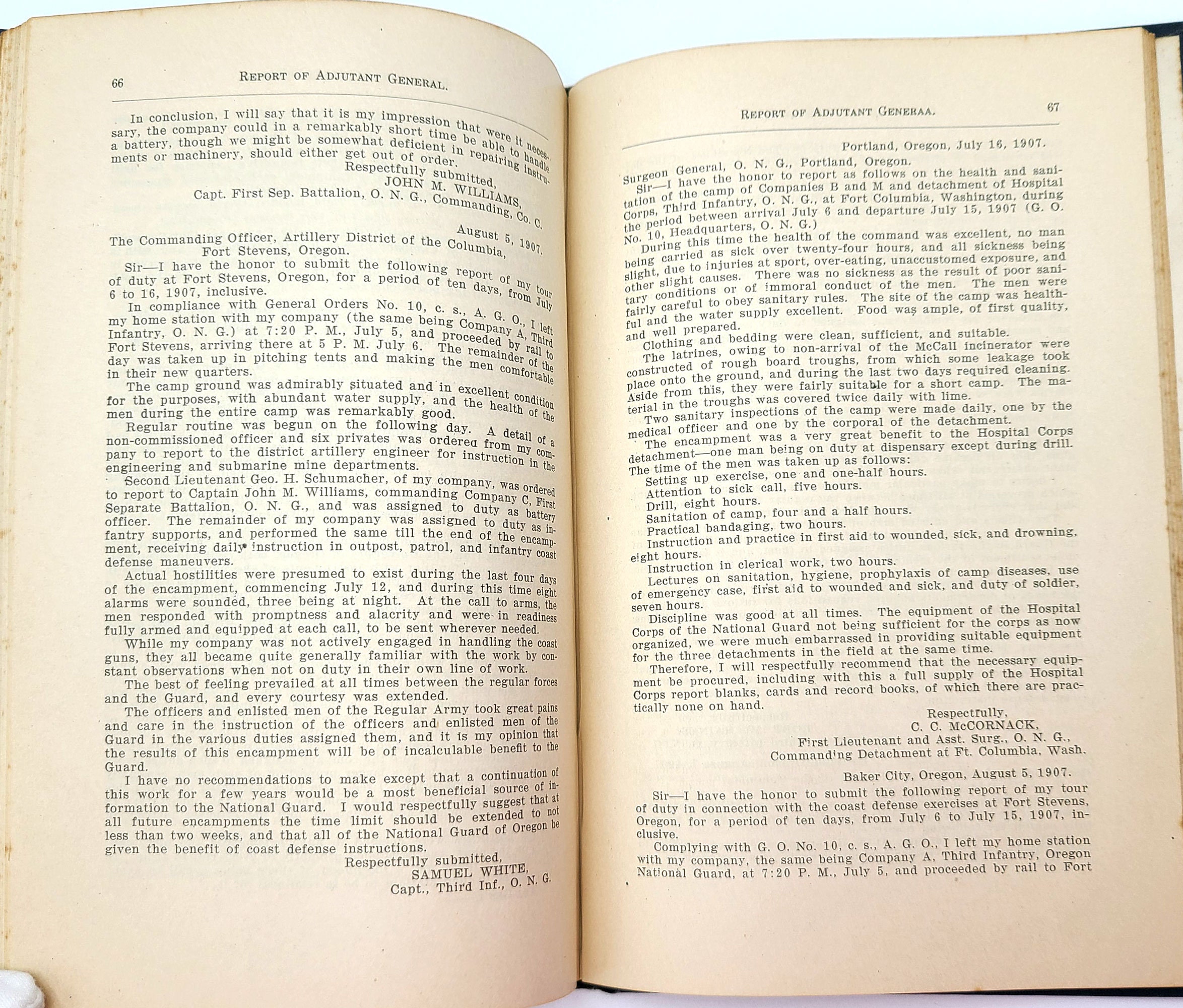 Title: Eleventh Biennial Report of the Adjutant General of the State of Oregon to the Governor and Commander-in-Chief for the Years 1907 and 1908

The 1907-1908 report on the condition of the Oregon National Guard. Rich in detail. Some of the items included in this report are charts for the number of personnel in the Third and Fourth Infantries (HQs in Portland and Eugene, respectively), broken down by each company; a list of Oregon volunteers who have not applied for medals and money (listed by company); a roster of commissioned officers; a roster of National Guard veterans (having served more than seven years); reviews of the condition/preparedness of each company, and reports on the conditions and discipline observed at Fort Stevens, Fort Columbia, and various camps/encampments; plus much more.