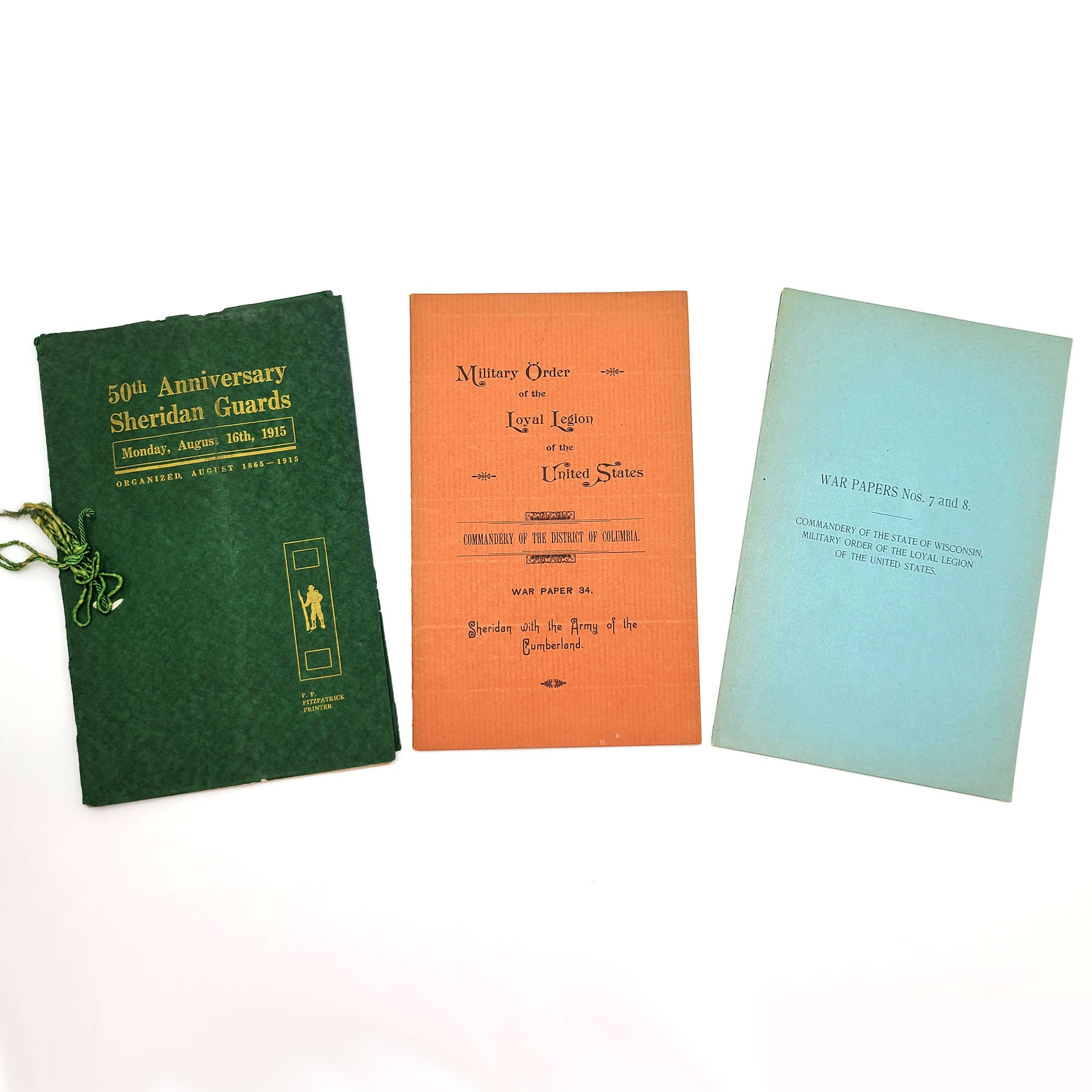 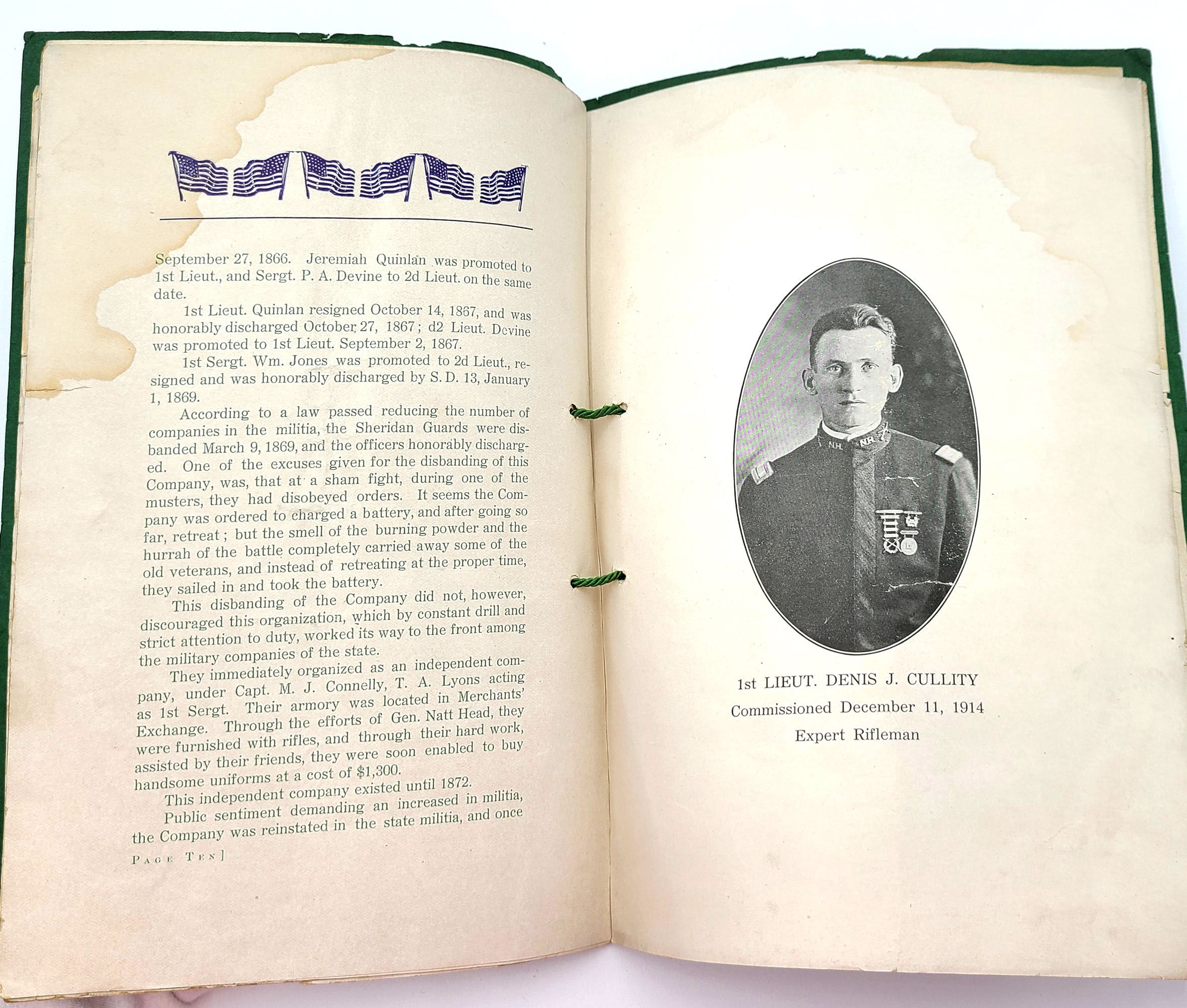 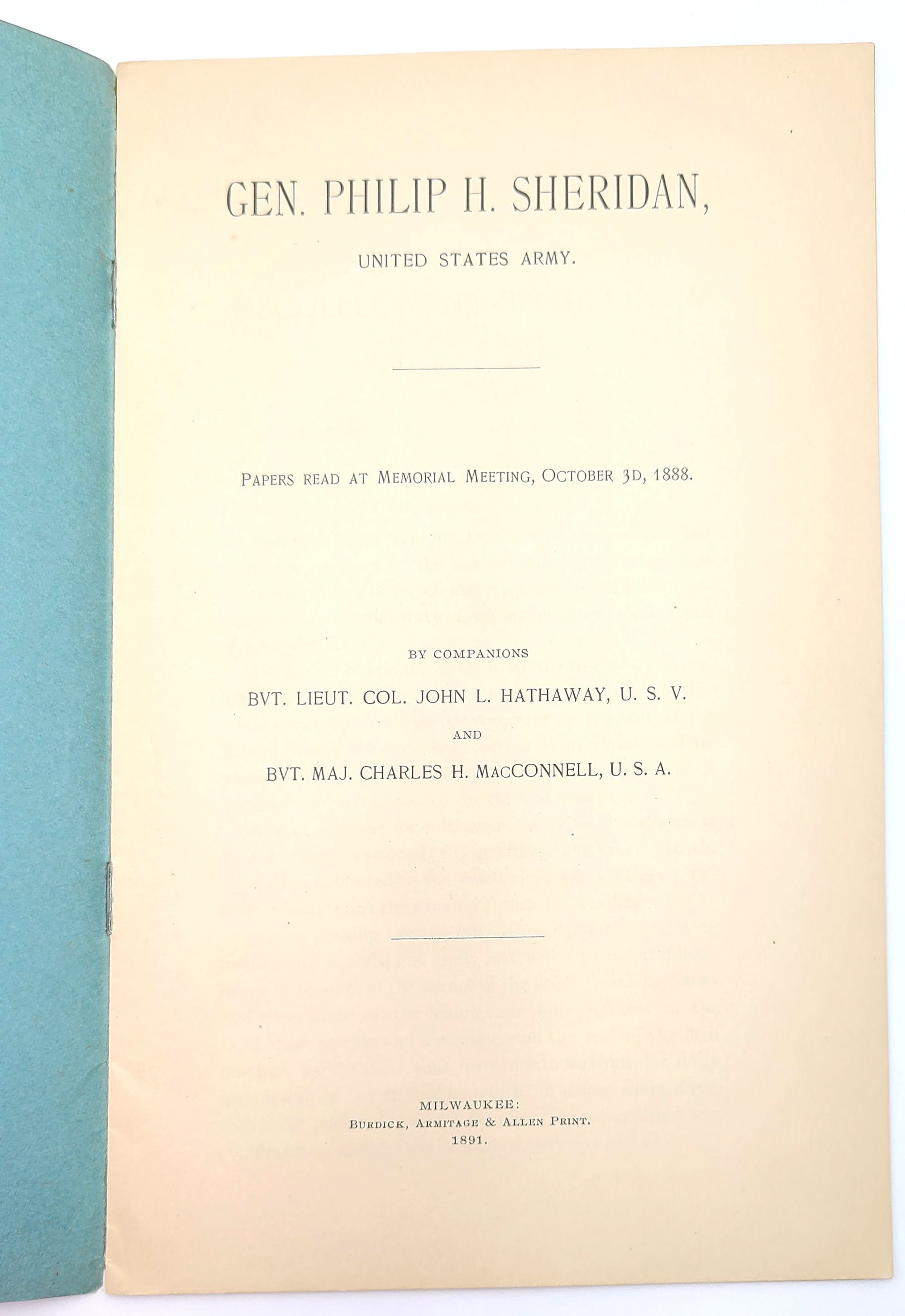 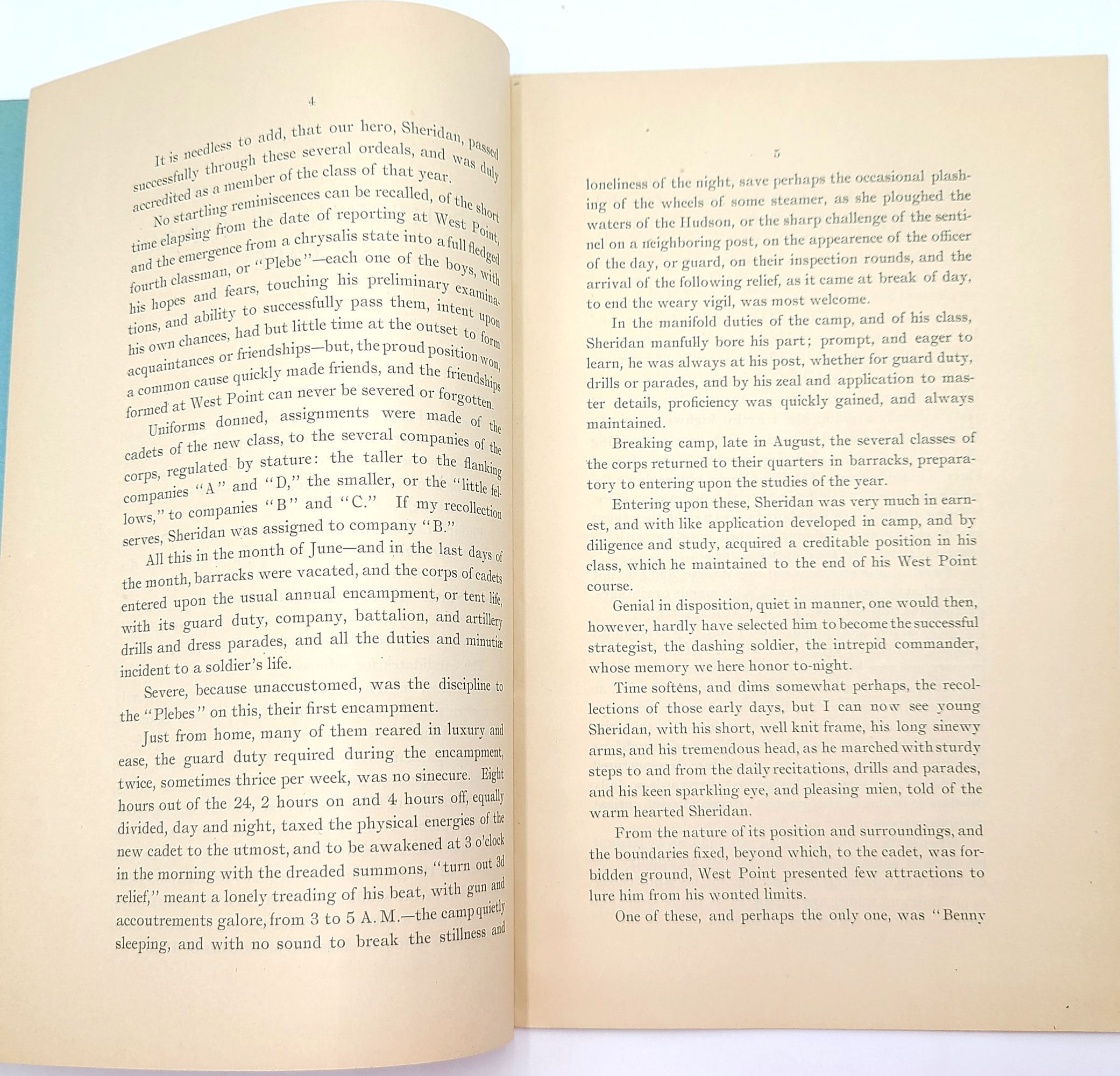 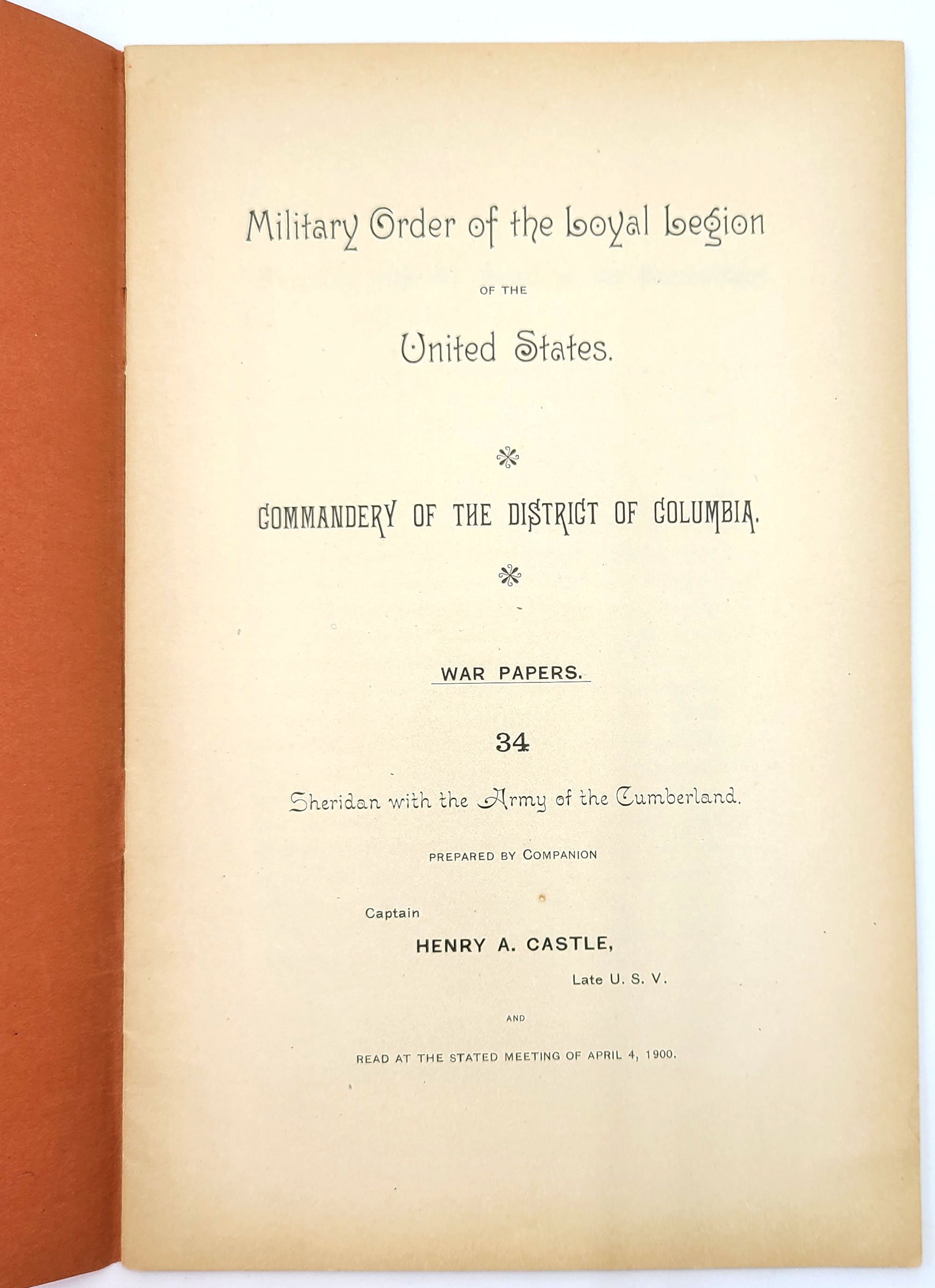 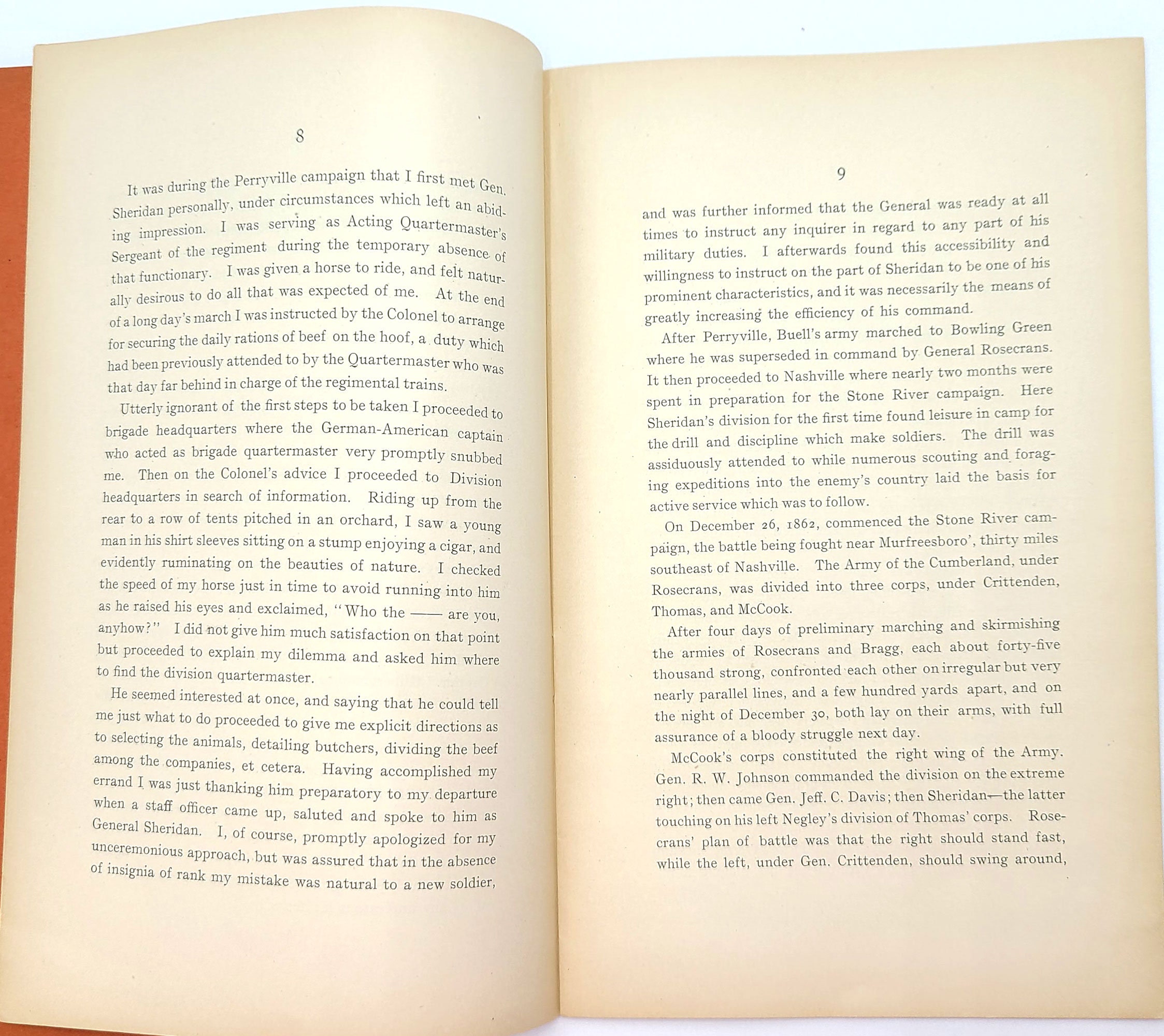 [3] War Paper 34 [''Sheridan with the Army of the Cumberland'' by Captain Henry A. Castle, Late U.S.V. Read at the stated meeting of April 4, 1900]. Condition: Fine. 25 pages. 9 x 5.75 inches. Issued by the Commandery of the District of Columbia, Military Order of the Loyal Legion of the United States.