The War in the Peninsula and Wellington's Campaigns in France and Belgium 1880 H.R CLINTON History of Peninsular War (1808-1814) Napoleonic 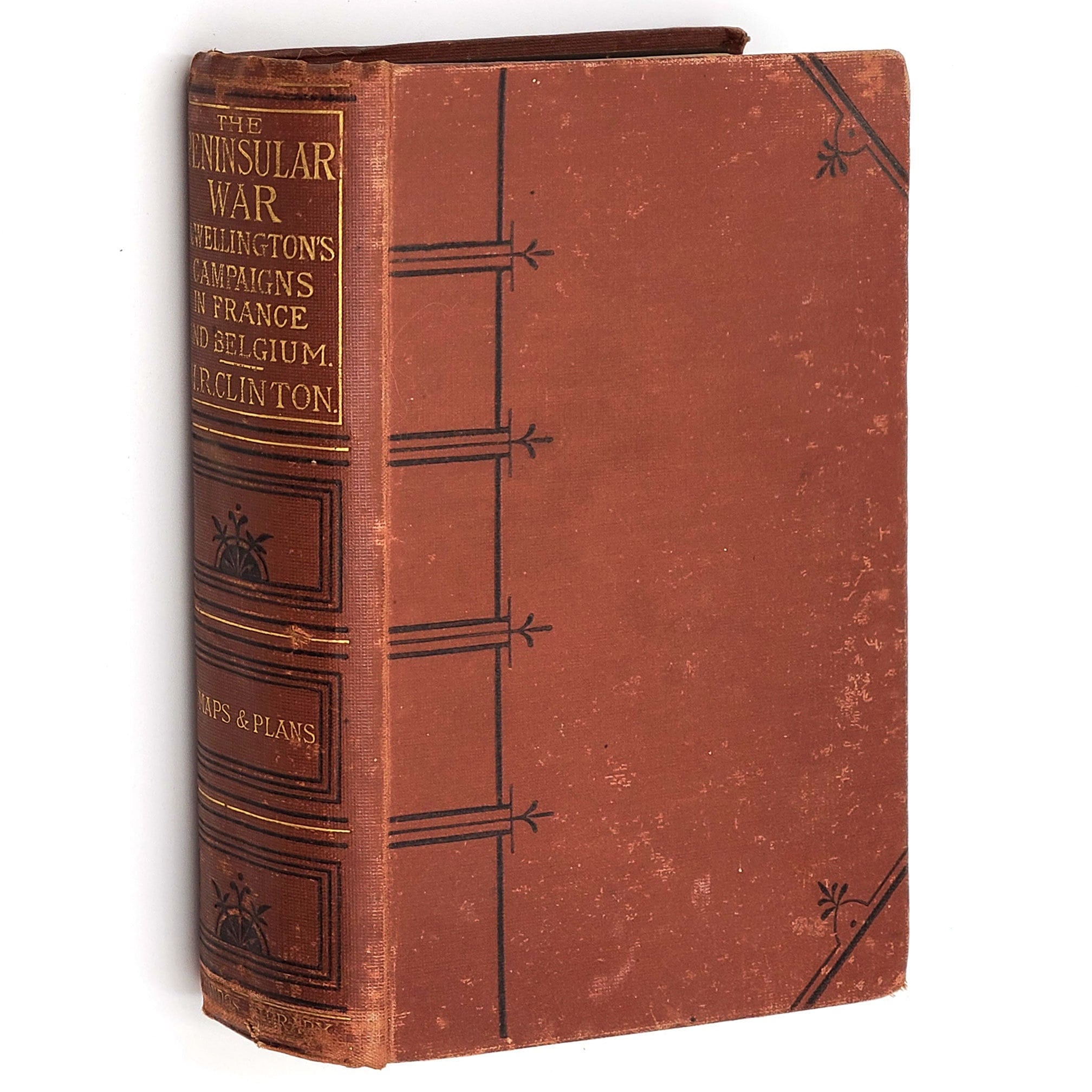 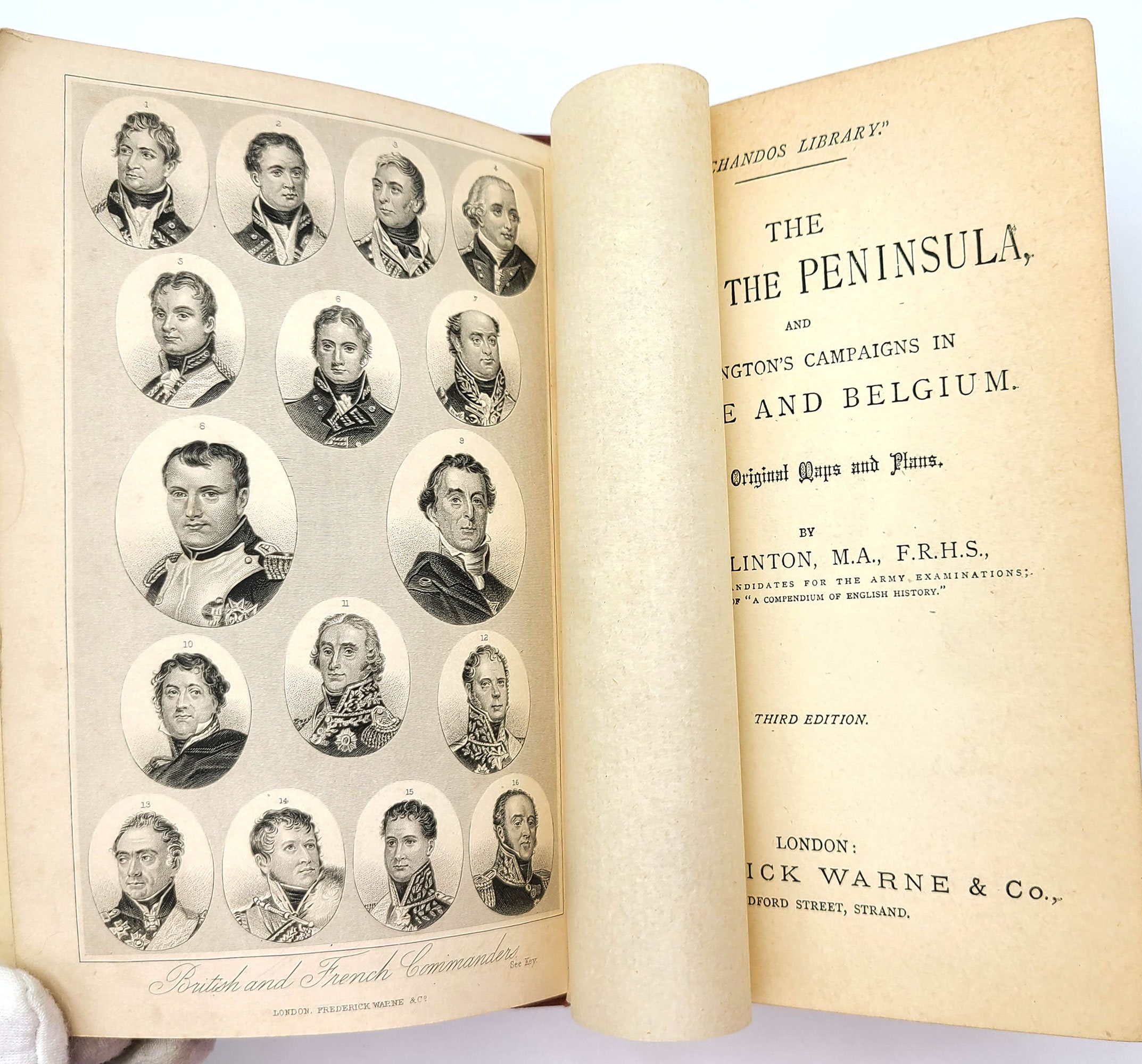 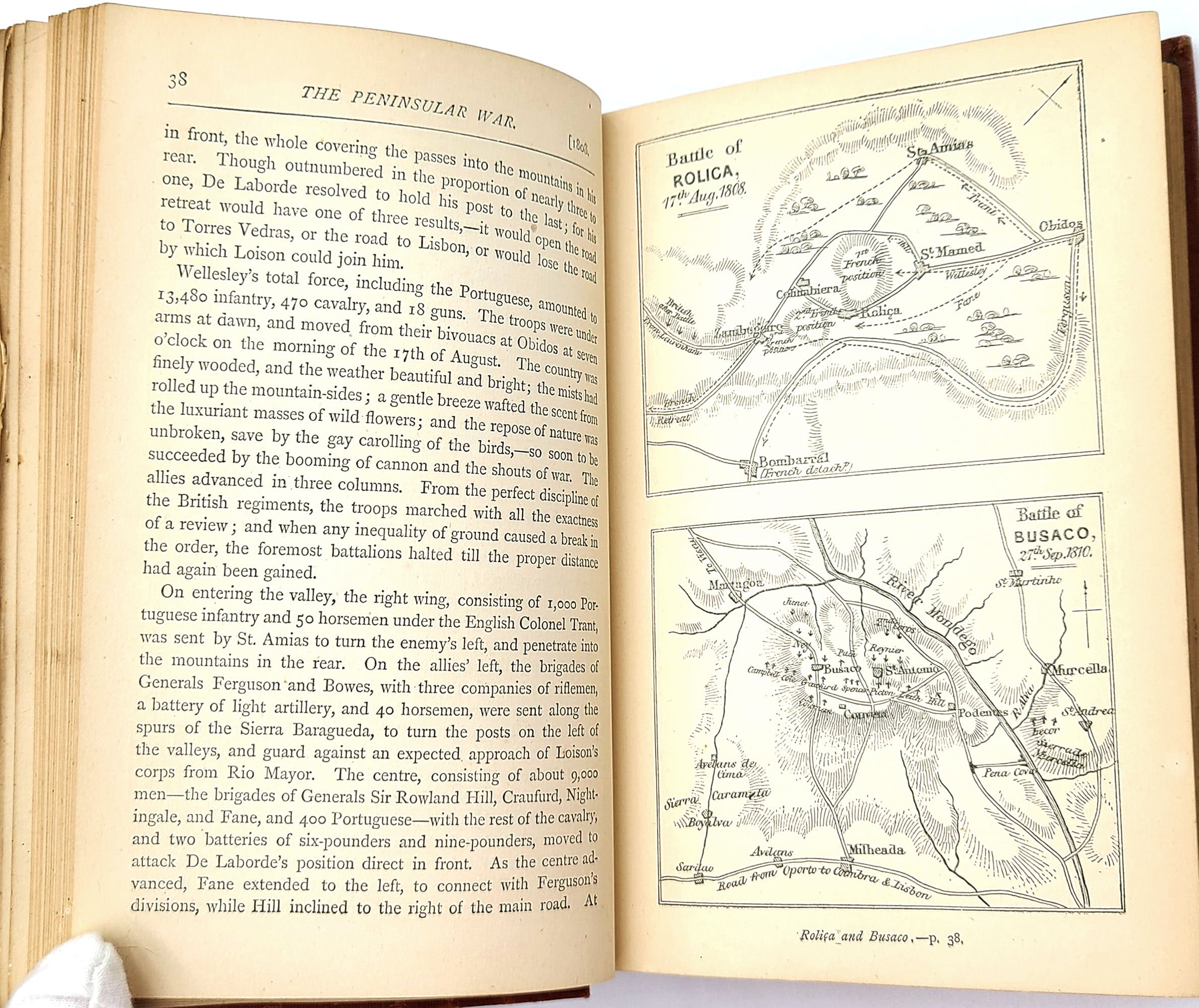 Title: The War in the Peninsula, and Wellington's Campaigns in France and Belgium. With Original Maps and Plans.

History of the Peninsular War (1808-1814), fought on the Iberian Peninsula by Spain, Portugal, and the United Kingdom against the invading forces of Napoleon and the French.

[I] The Origin of the Peninsular War.
[II] The Deliverance of Portugal--Rolica, Vimiera, Cintra.
[III] Moore's March into Spain--The Retreat to Coruna.
[IV] The Campaign on the Douro and the March to Talavera.
[V] Massena's Invasion of Portugal.
[VI] The Frontier Campaign of 1811--Fuentes D'Onoro and Albuera.
[VII] The Frontier Campaign of 1812--Storming of Ciudad Rodrigo and Madajos.
[VIII] The Salamanca Campaign, and the March to Madrid and Burgos.
[IX] The Deliverance of Spain.
[X] The Invasion of France--Bidassoa, Nivelle, Nive, before Bayonne.
[XI] The Invasion of France continued--Bayonne, Orthes, Toulouse.
[XII] The Waterloo Campaign. Chronological Summary.
Index.

The author, Herbert Russell Clinton (b. 1847), was a British army instructor living in London in 1880.

This volume was owned by Lieut. John Spry Parke (1853-1927), a native of Tennessee, who in 1880, after being stationed at Fort Klamath where he was in charge of military prisoners, was transferred to the Vancouver Barracks in the Washington Territory. He was a veteran of the Spanish-American War and served in the Philippines. He retired in 1915 with the rank of colonel and resided in St. Helens, Oregon.