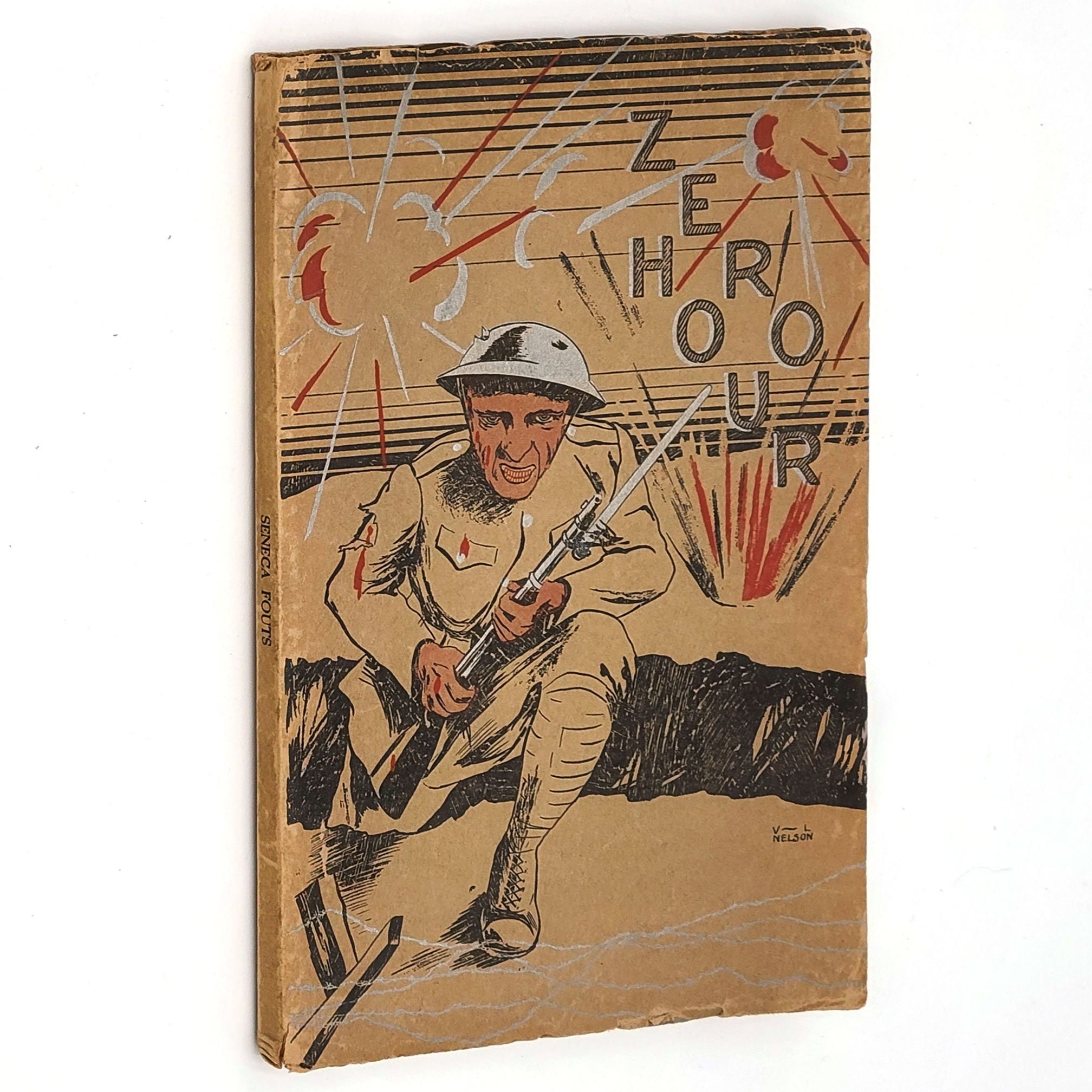 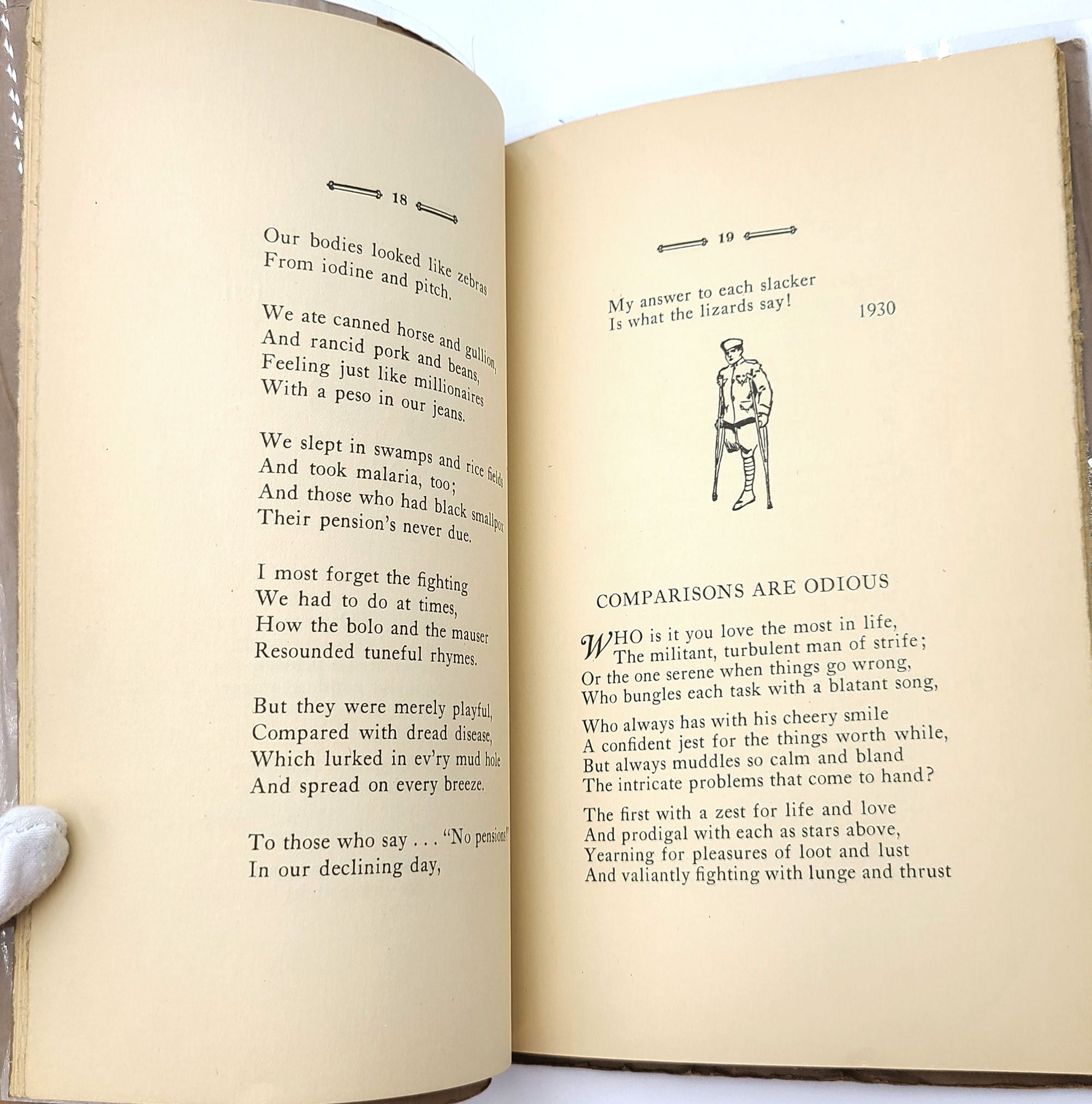 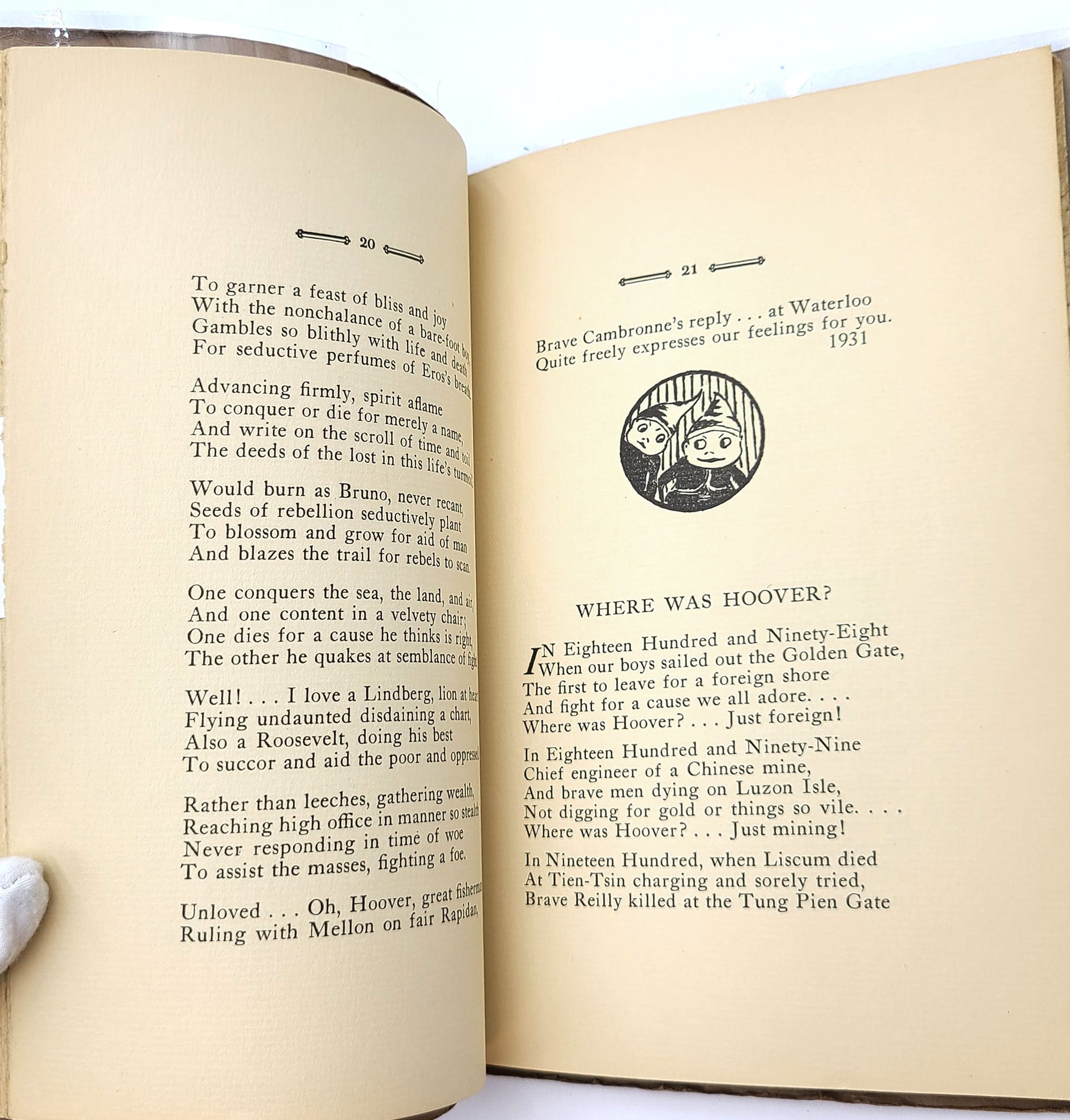 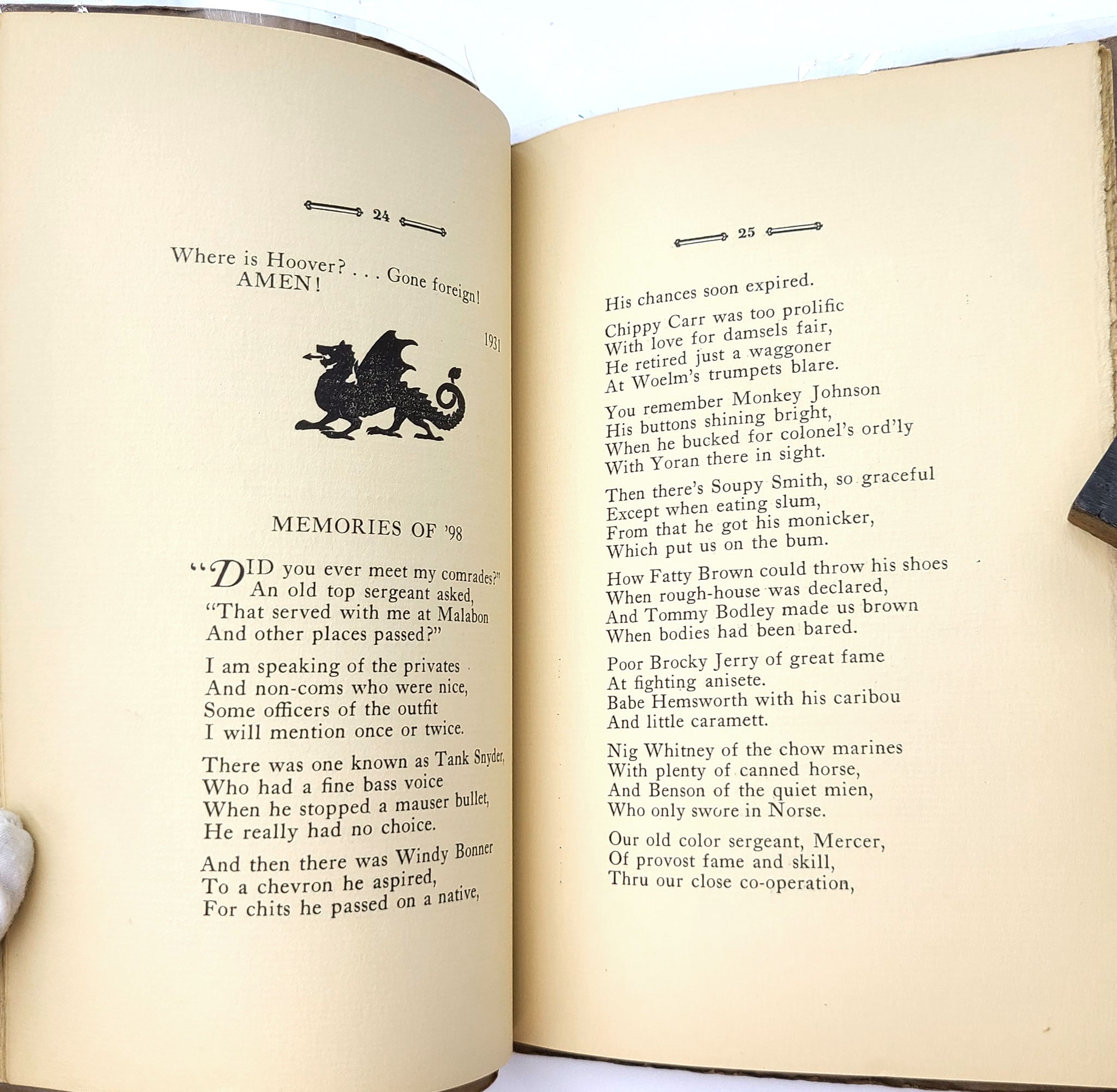 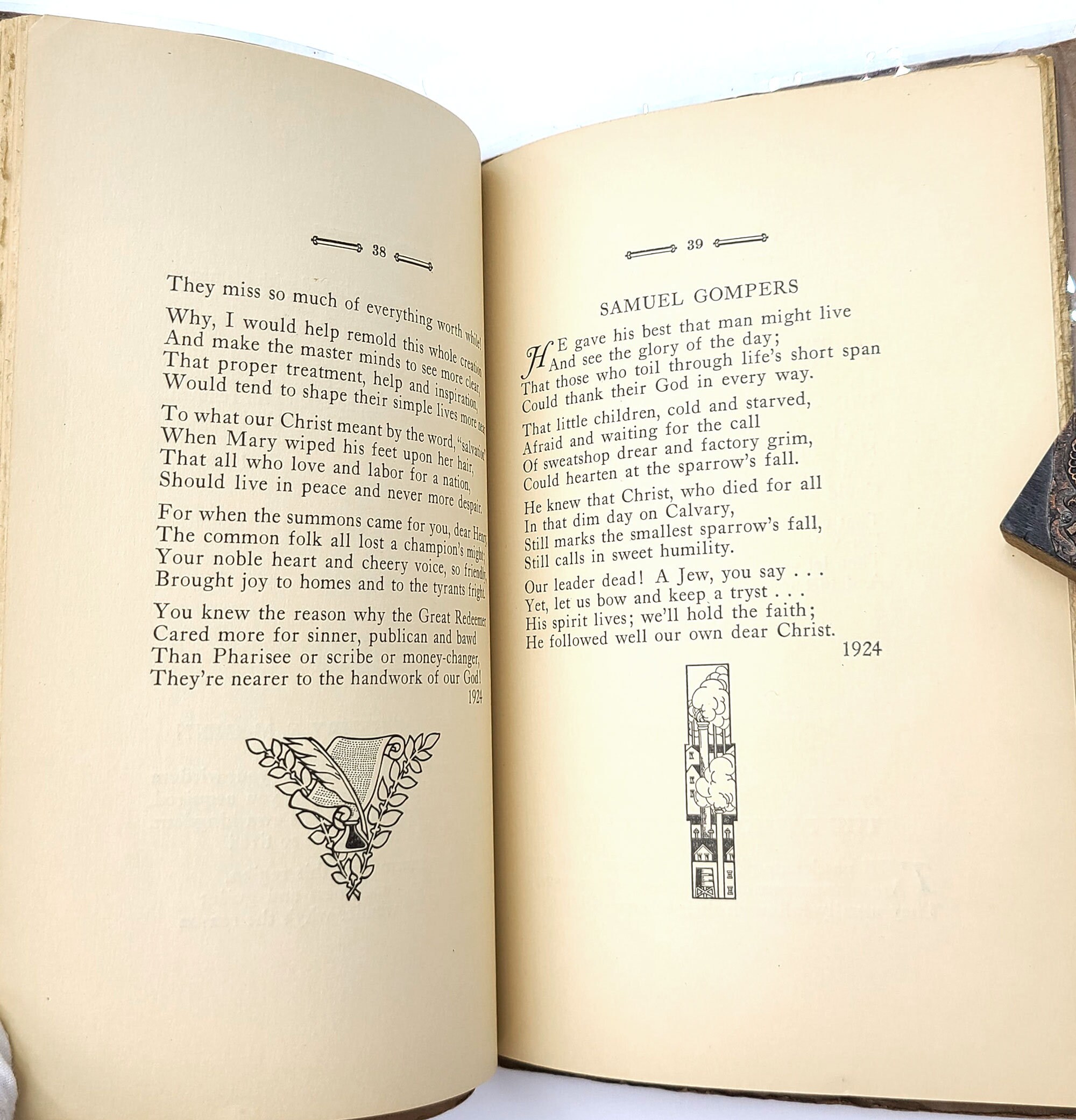 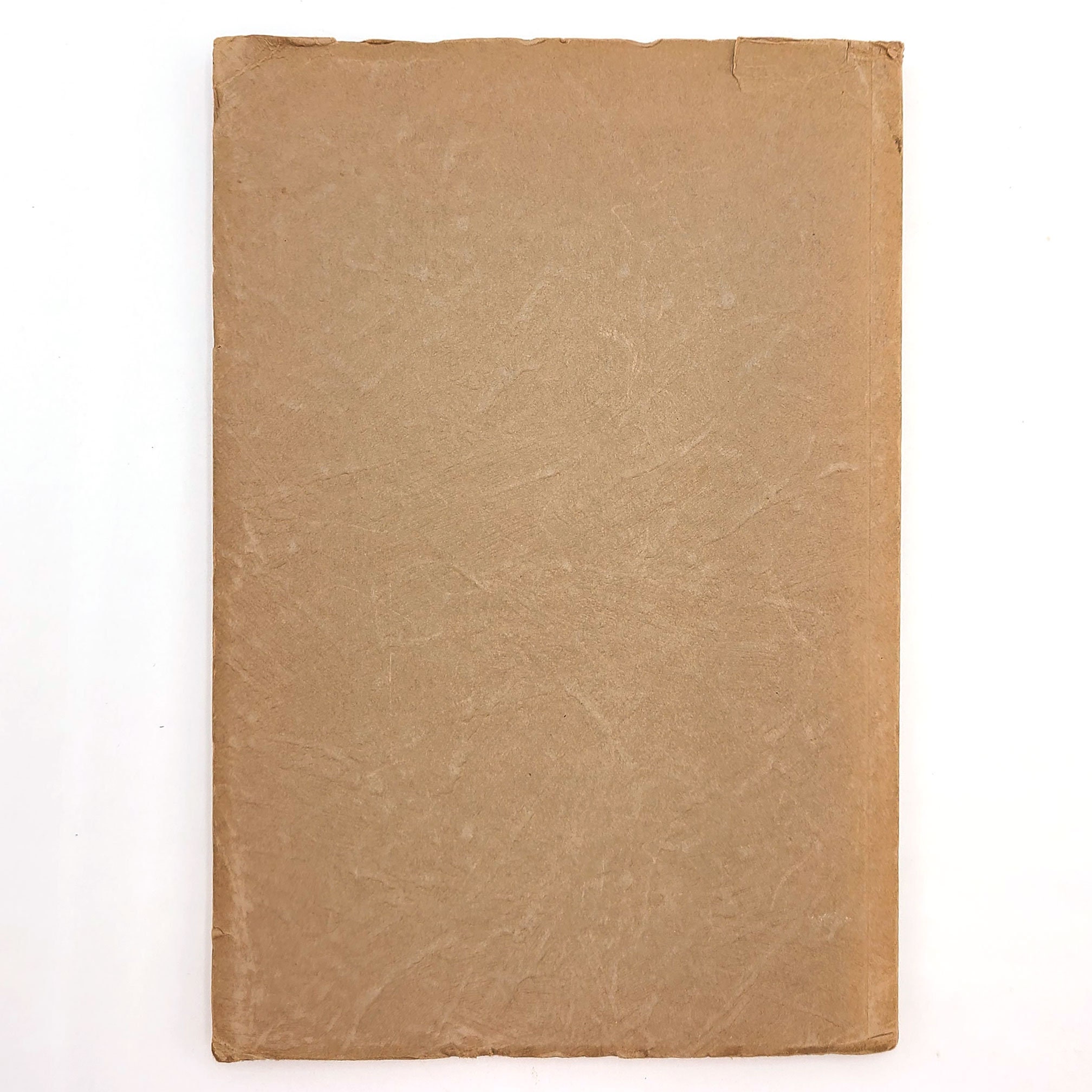 Poems by Seneca Foote Fouts (1876-1945), Oregon soldier, lawyer and politician. Several poems are topical to the Spanish-American War. Others praise labor-leader Samuel Gompers, condemn the use of alcohol (during prohibition), express his distaste for Herbert Hoover (including and his veto of the Spanish War Veterans' Pension Bill), lament the First World War, and express his more personal and interior sentiments.

Fouts served in the Philippines with the US Army during the Spanish-American War (in Company L, 2nd Oregon Volunteer Infantry Regiment). After graduating from the University of Oregon in 1905 he opened his law office in Hood River and after a few years, moved his practice to Portland. He was elected to the Oregon state legislature in November 1910, having campaigned on the issue of good roads. He later toured the state with John B. Yeon towards that end. The Seneca Fouts Memorial State Natural Area, located just west of Hood River on the Oregon side of the Columbia Gorge, is named for him. Fouts was remembered for his intense (and public) interest in politics and was particularly known as a champion of labor.

Inscribed ''To the Andersons with / Christmas greetings / Seneca Fouts''.