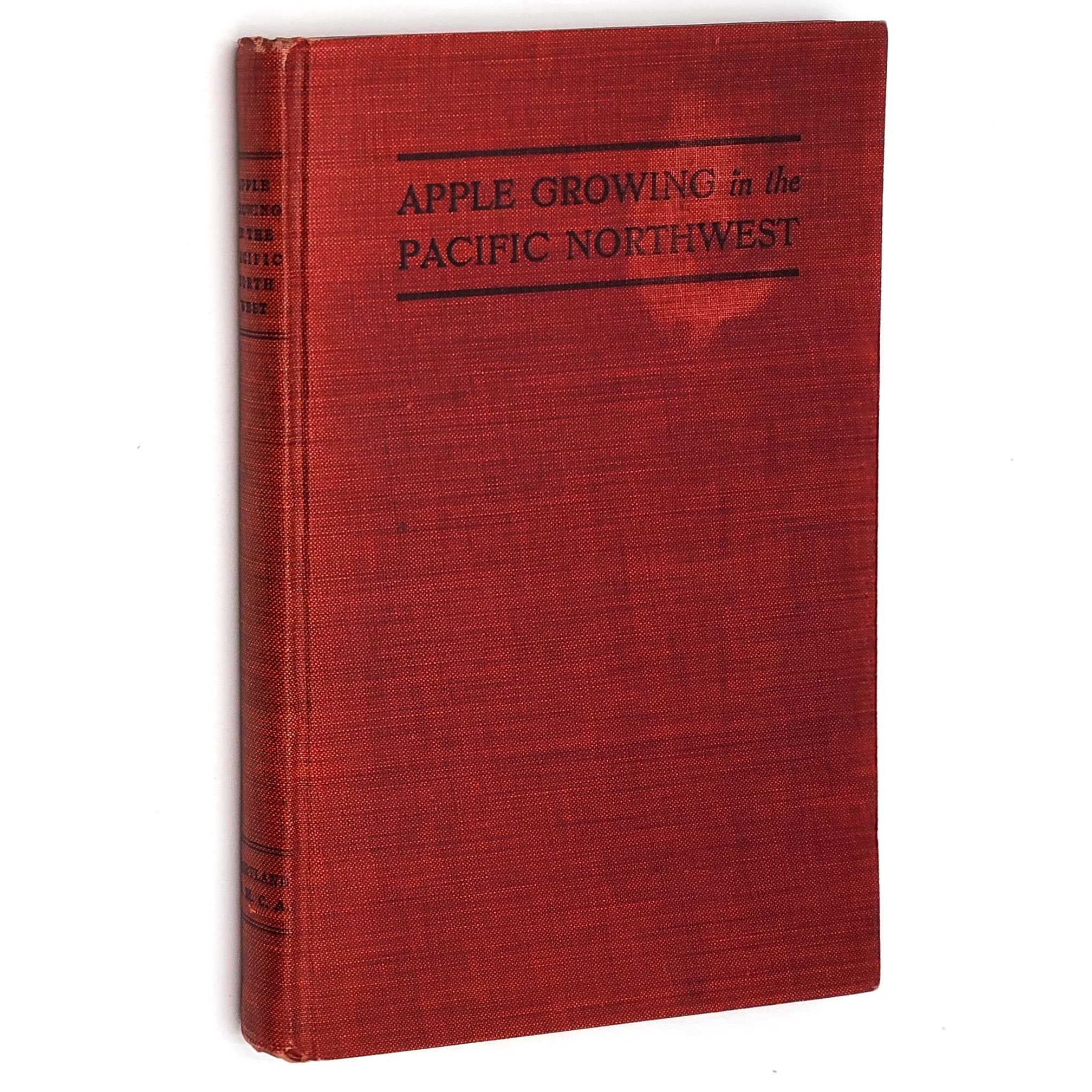 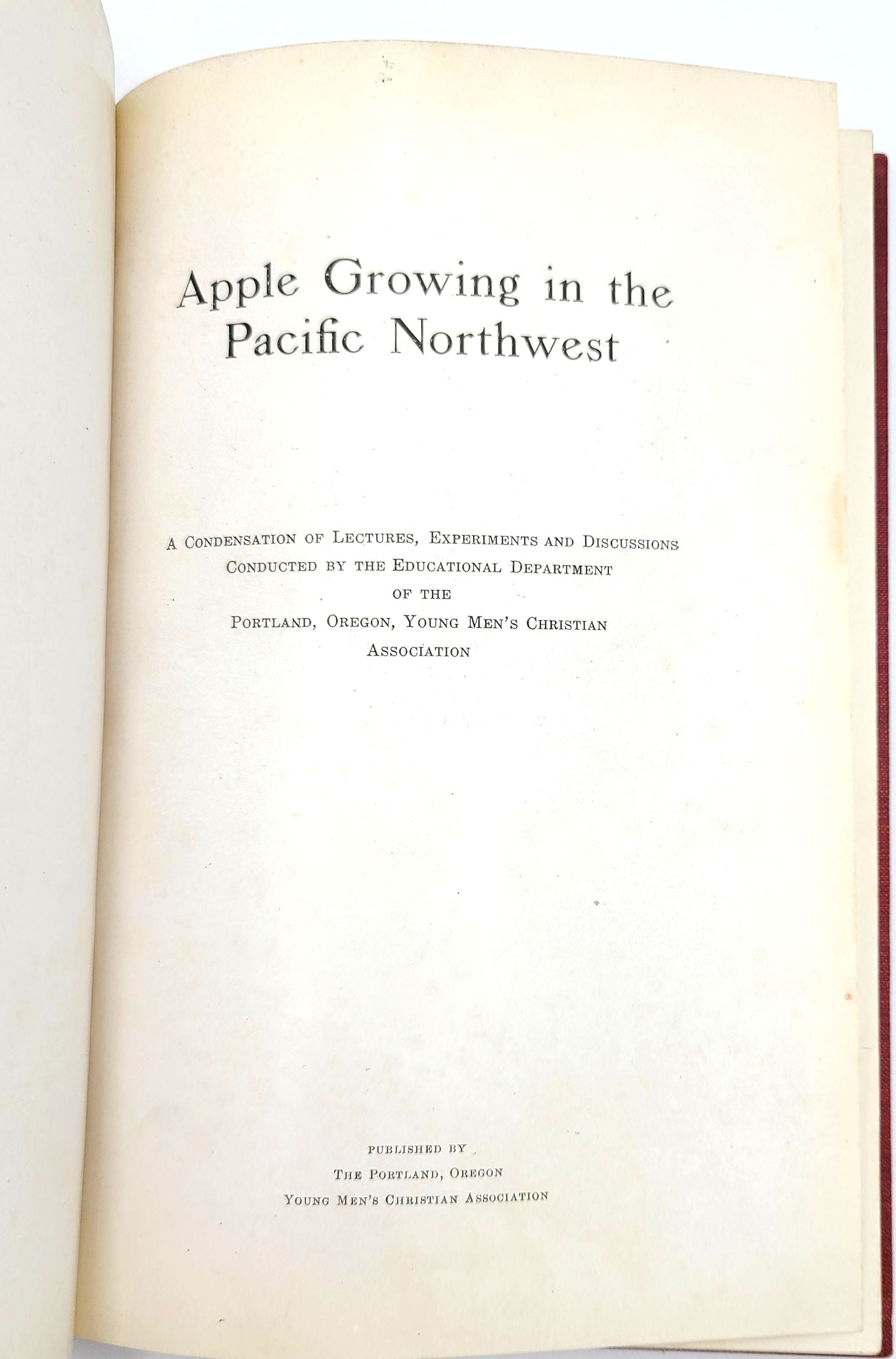 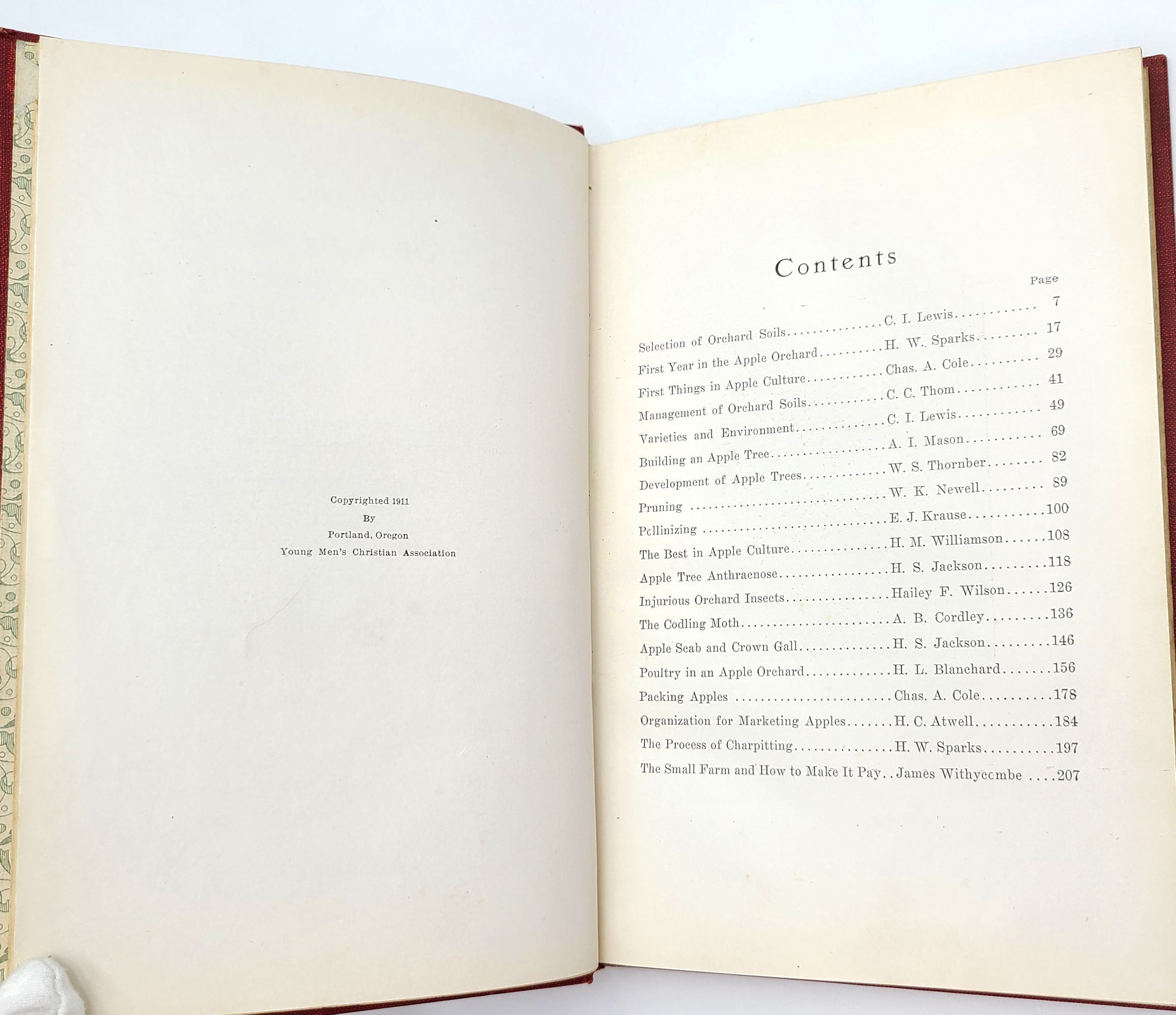 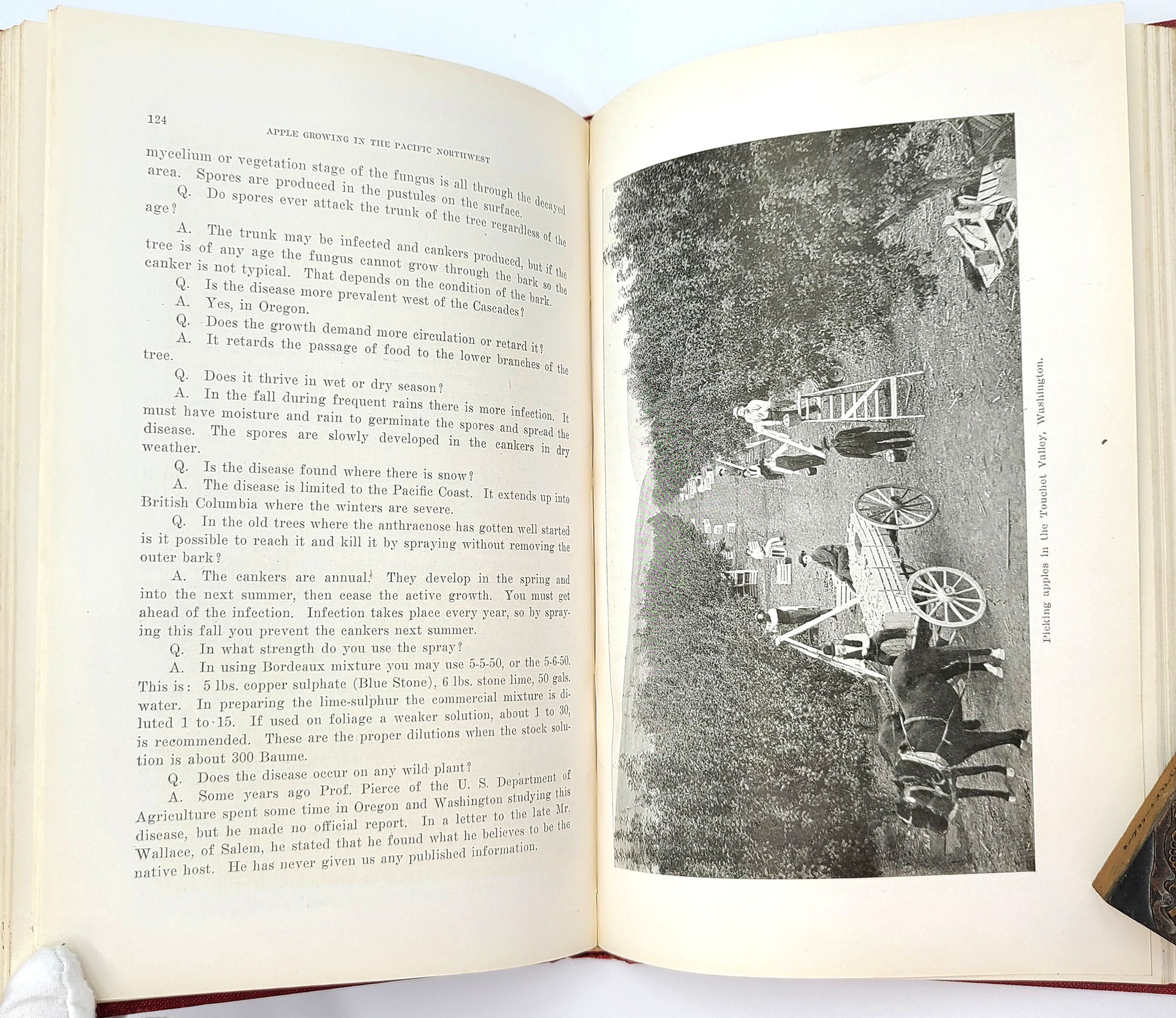 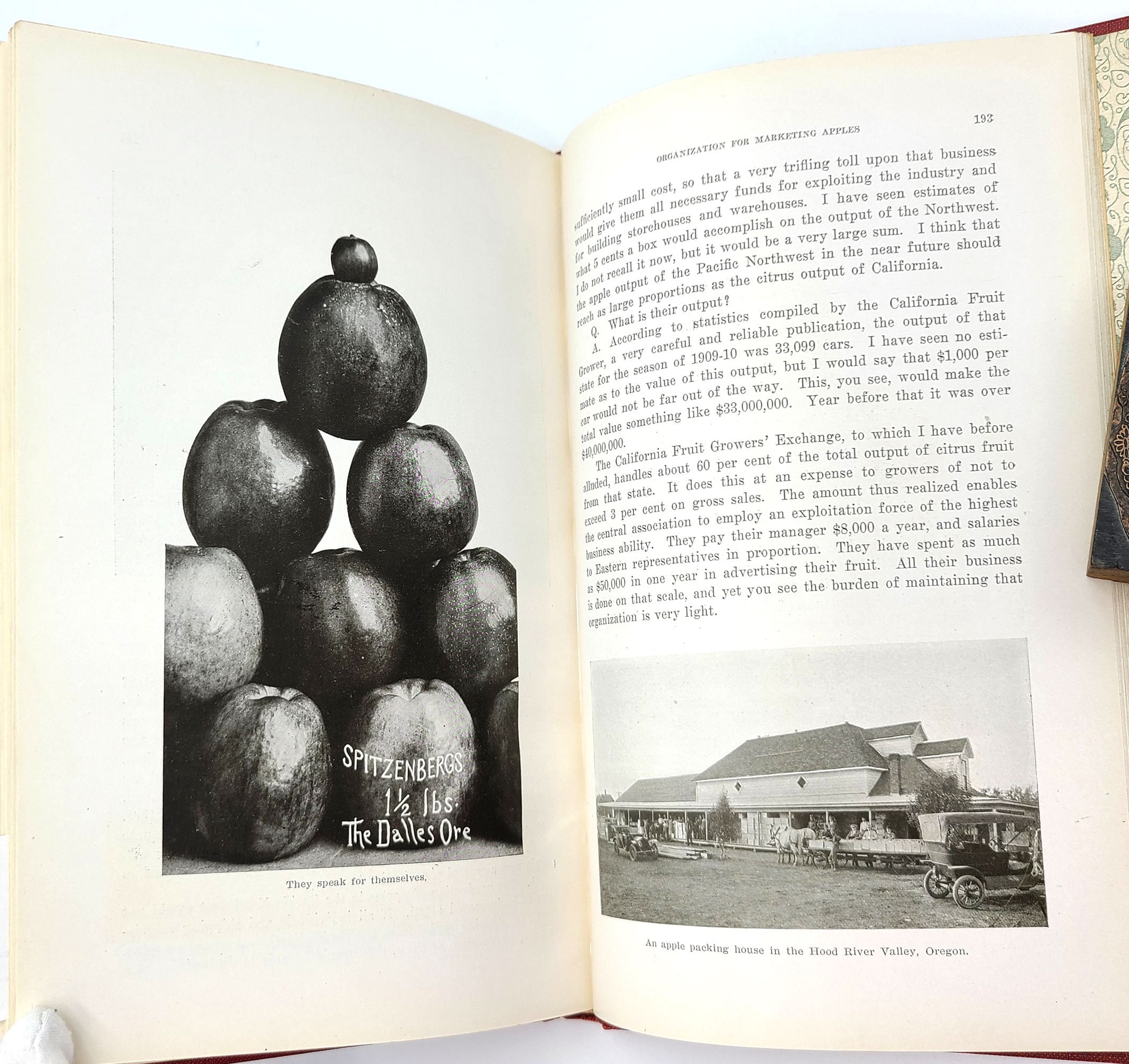 Title: Apple Growing in the Pacific Northwest: A Condensation of Lectures, Experiments and Discussions Conducted by the Educational Department of the Portland, Oregon, Young Men's Christian Association

Description: Red cloth boards with black lettering on spine and front cover. Blemish on front cover. Minor wear to edge of ffep, else interior near fine. Illustrated with many photographs. 215 pages. 9 x 6 inches.