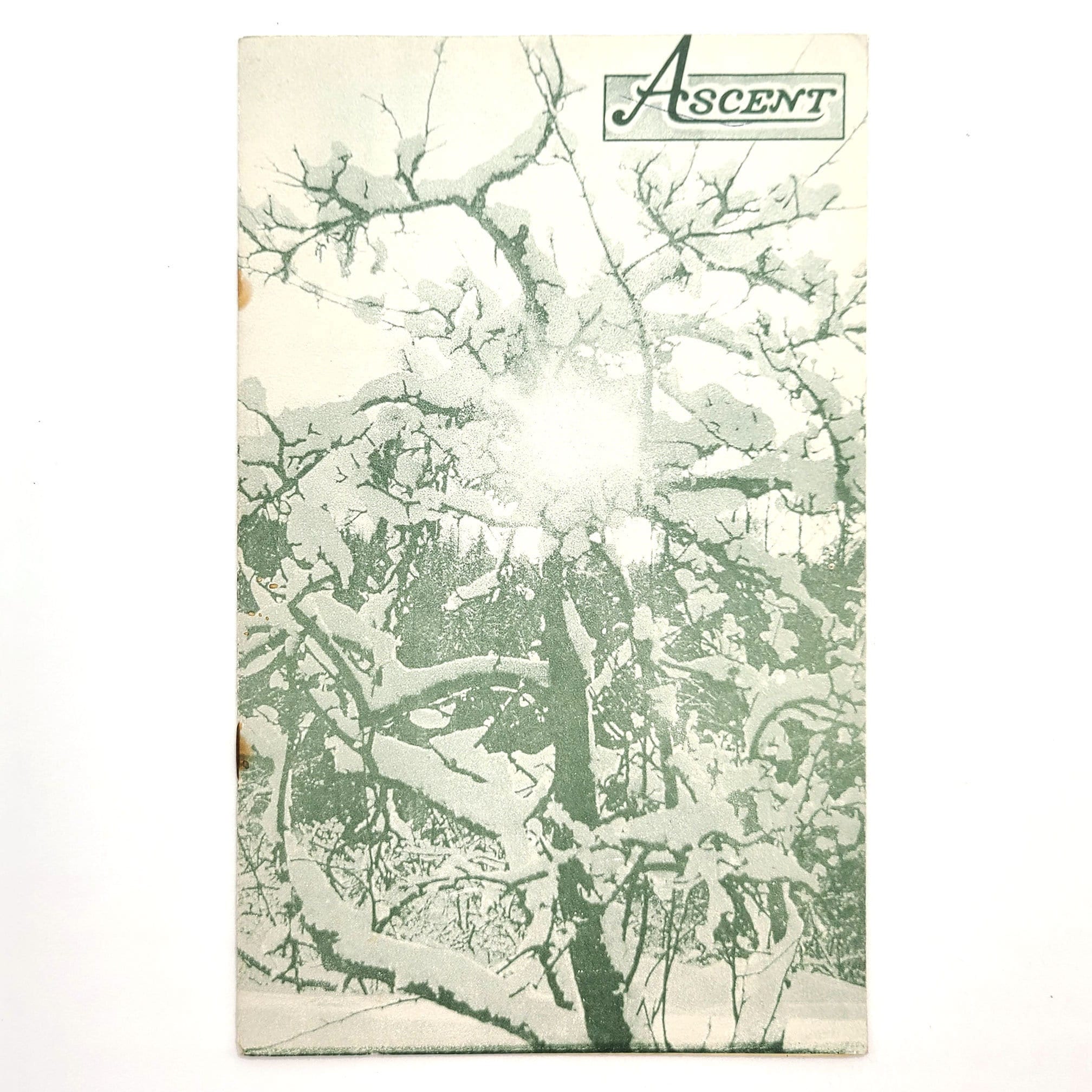 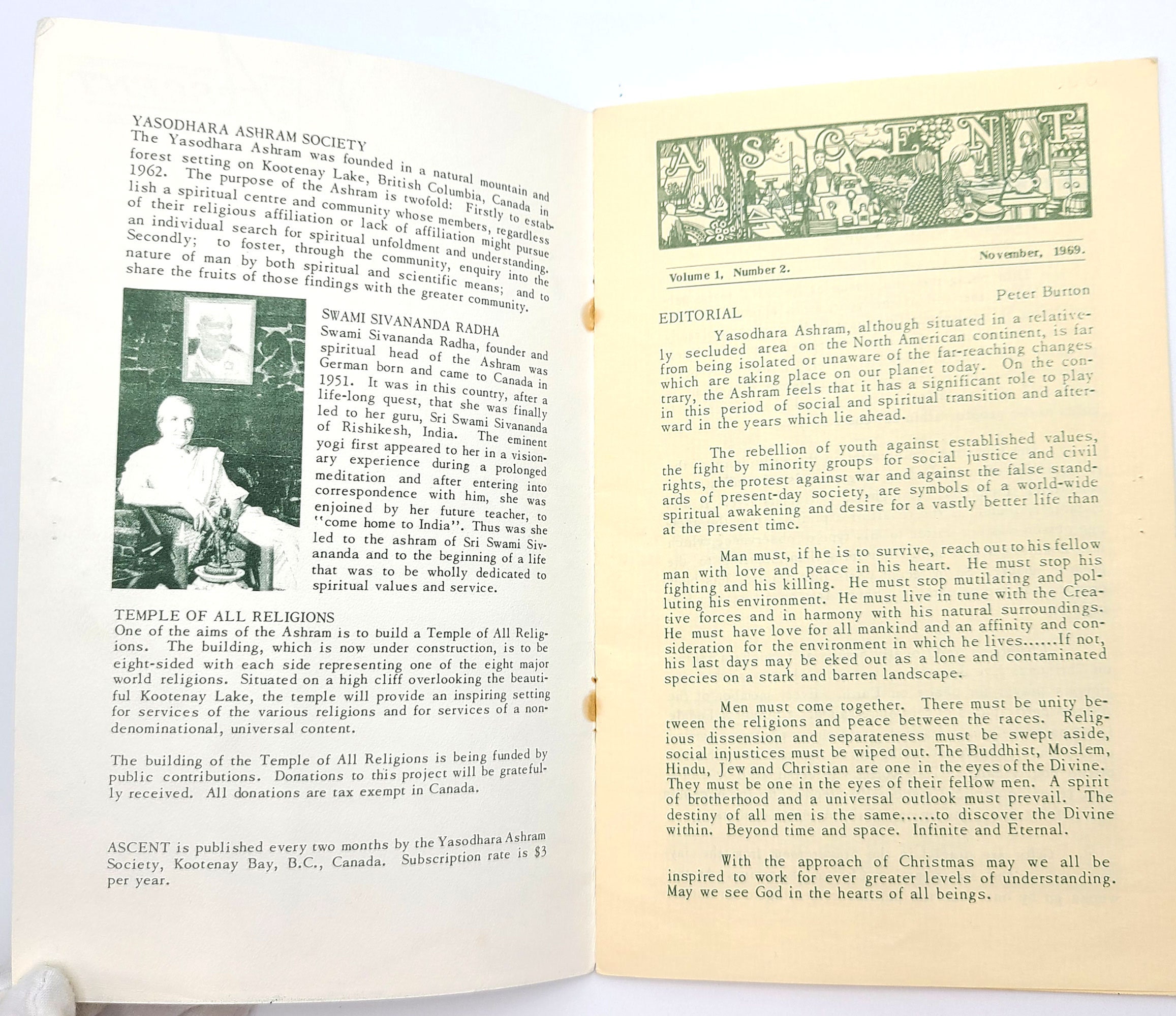 The second issue of Ascent (November 1969), the journal of the Yasodhara Ashram in Kootenay Bay, British Columbia, features a four-page article by Swami Sivananda describing how Christmas is celebrated at the ashram, a regular feature called "Ashram Day to Day" which here mostly describes the newest construction of ashram infrastructure, and an article by Gilbert Henry Gedge titled ''Why Christ?''.

A couple pieces of ephemera are laid-in: a slip of paper advertising a Housekeeper position at the ashram and the metaphysical books catalog from Ashram Books and Crafts, being ''Catalogue 69+1''.

Swami Sivananda Radha (1911-1995) established Canada's first ashram in 1957. It was located at Burnaby, British Columbia, and was named the Sivananda Ashram. In 1962 it relocated to Kootenay Lake and renamed Yasodhara Ashram.