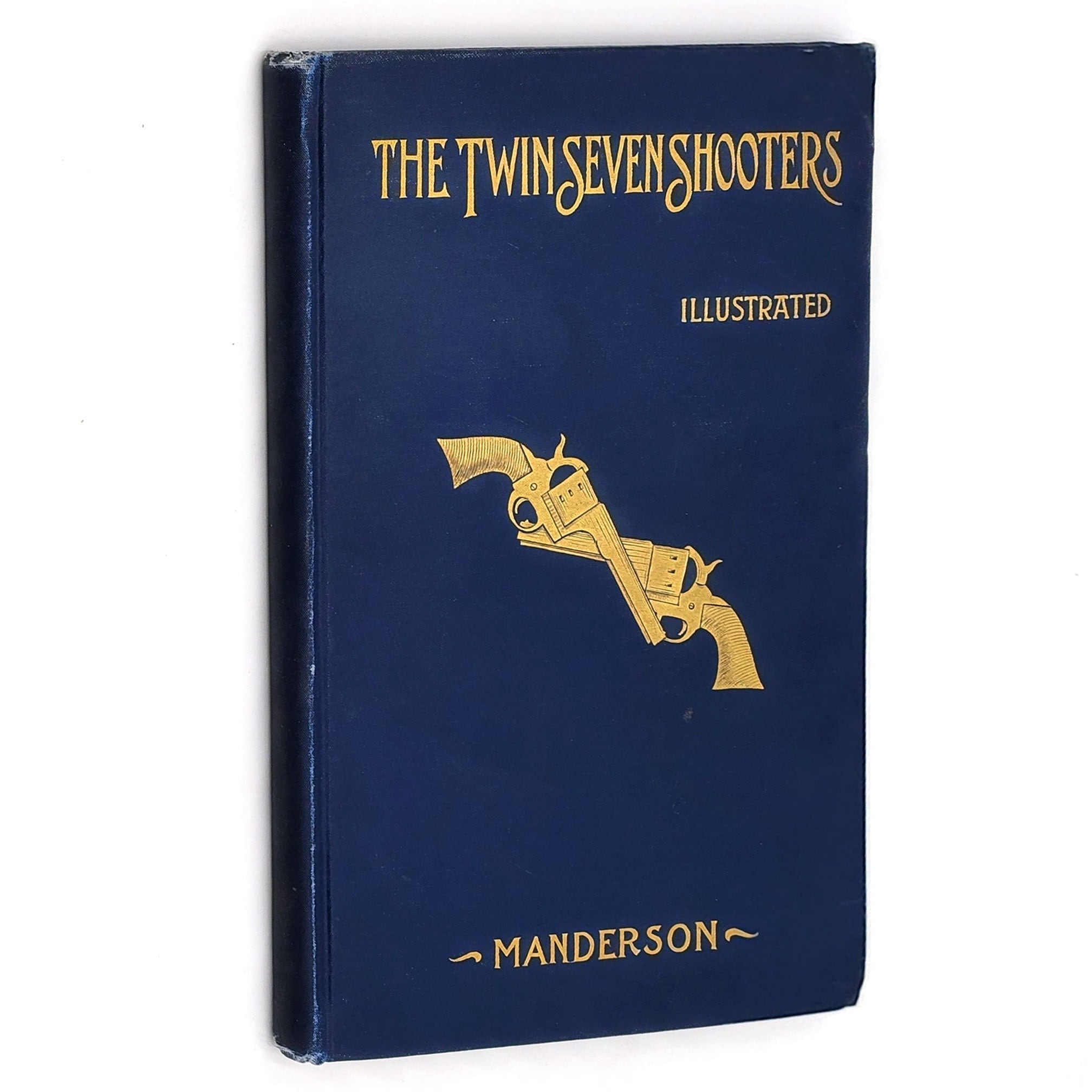 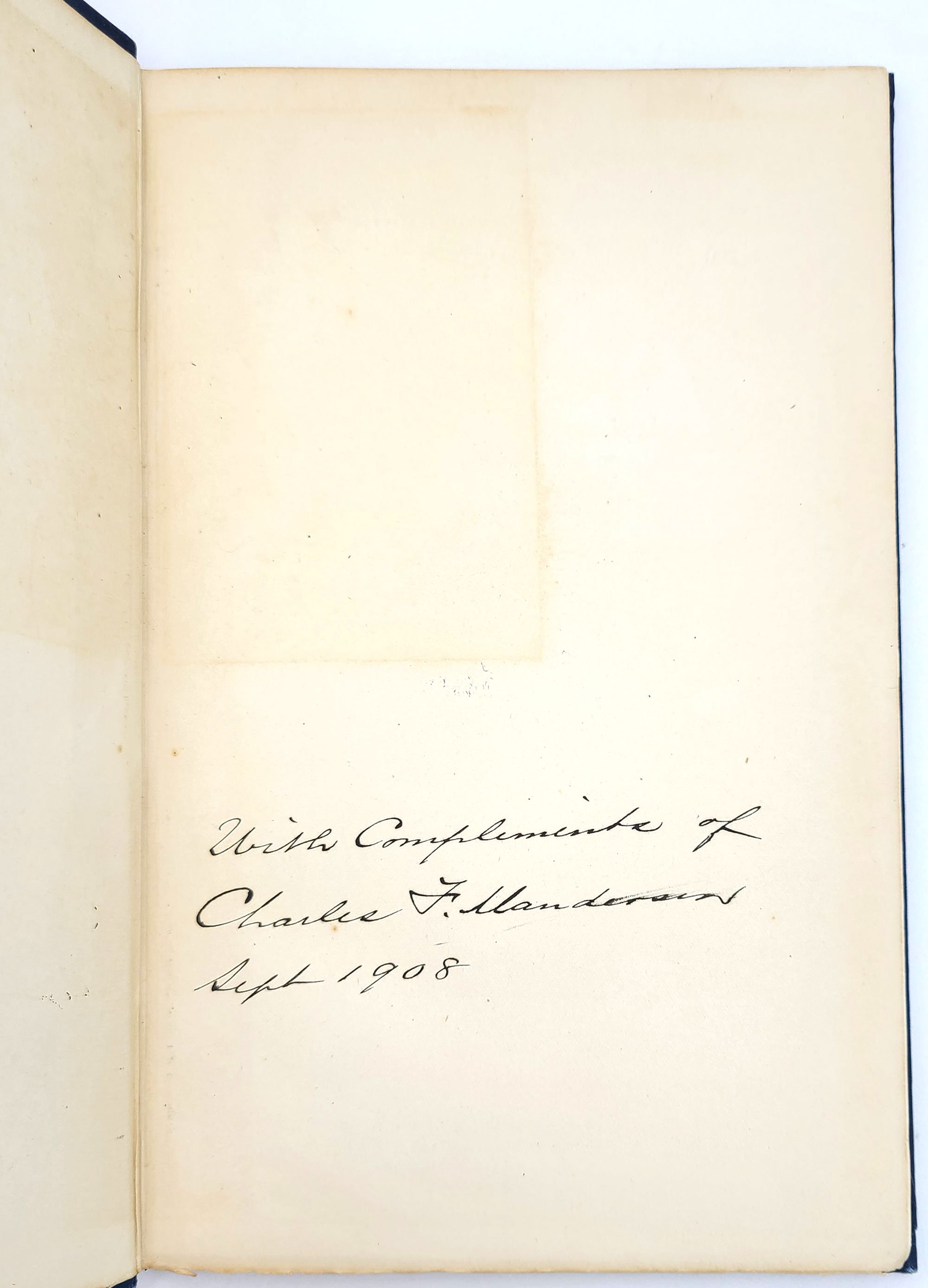 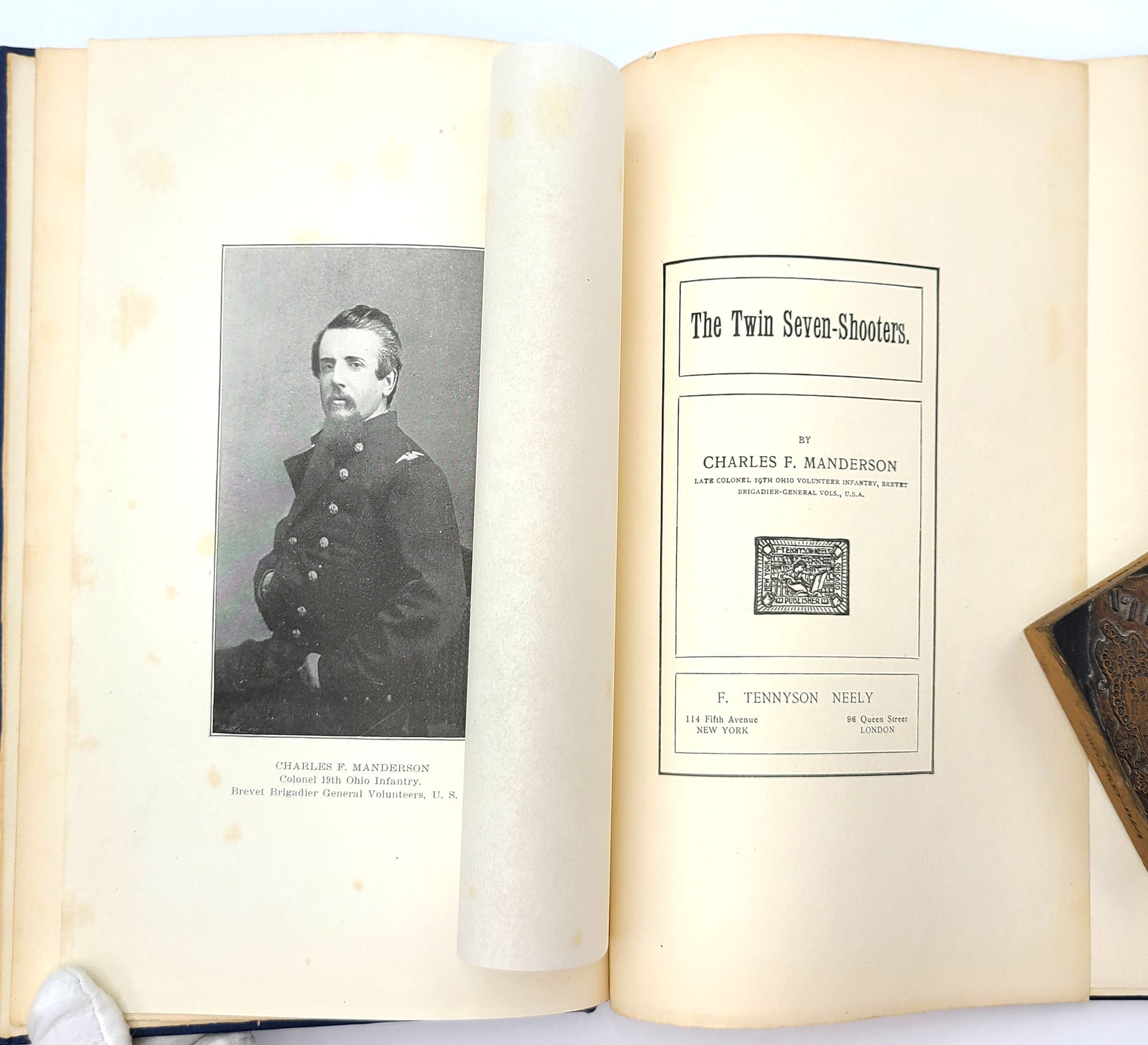 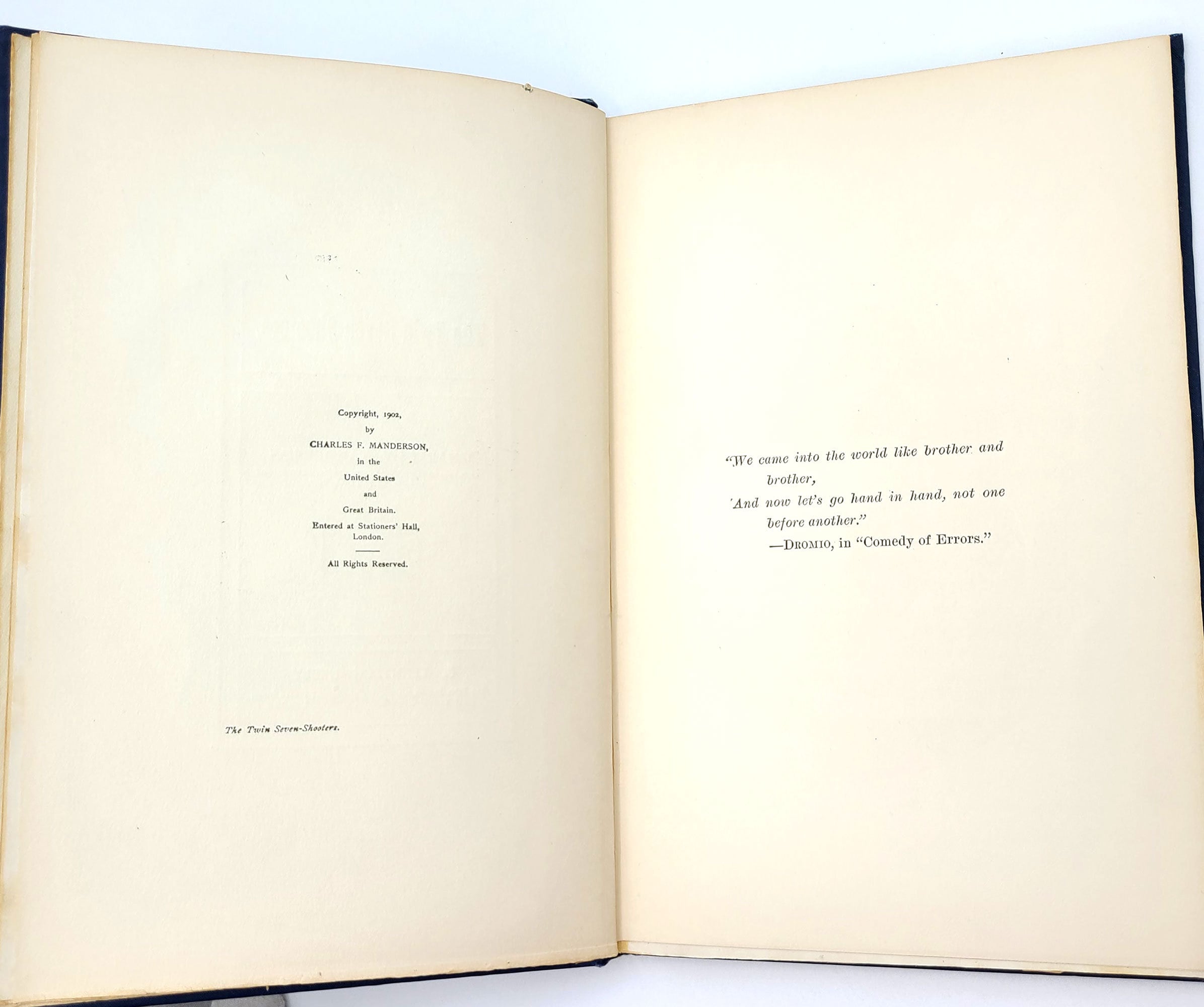 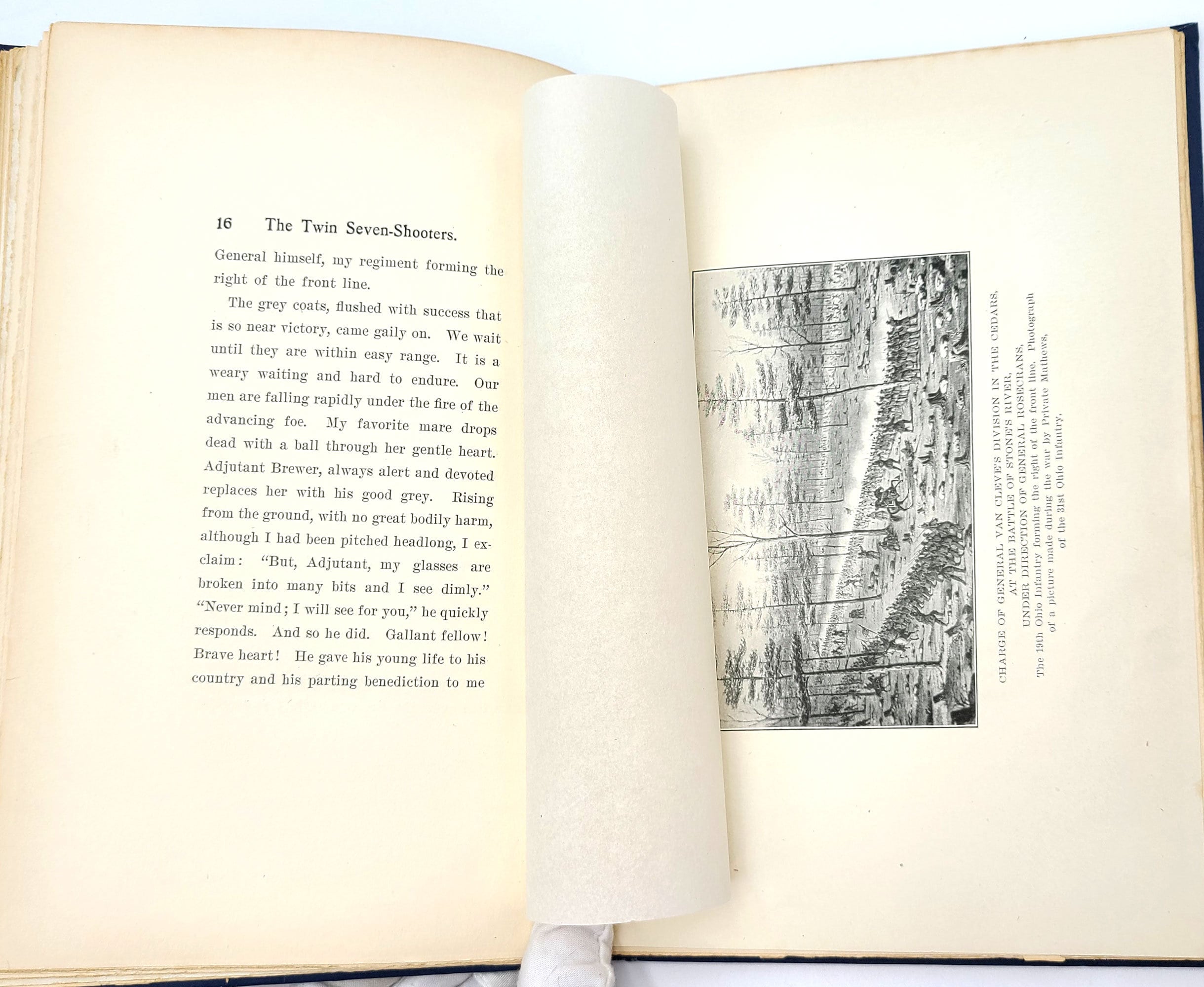 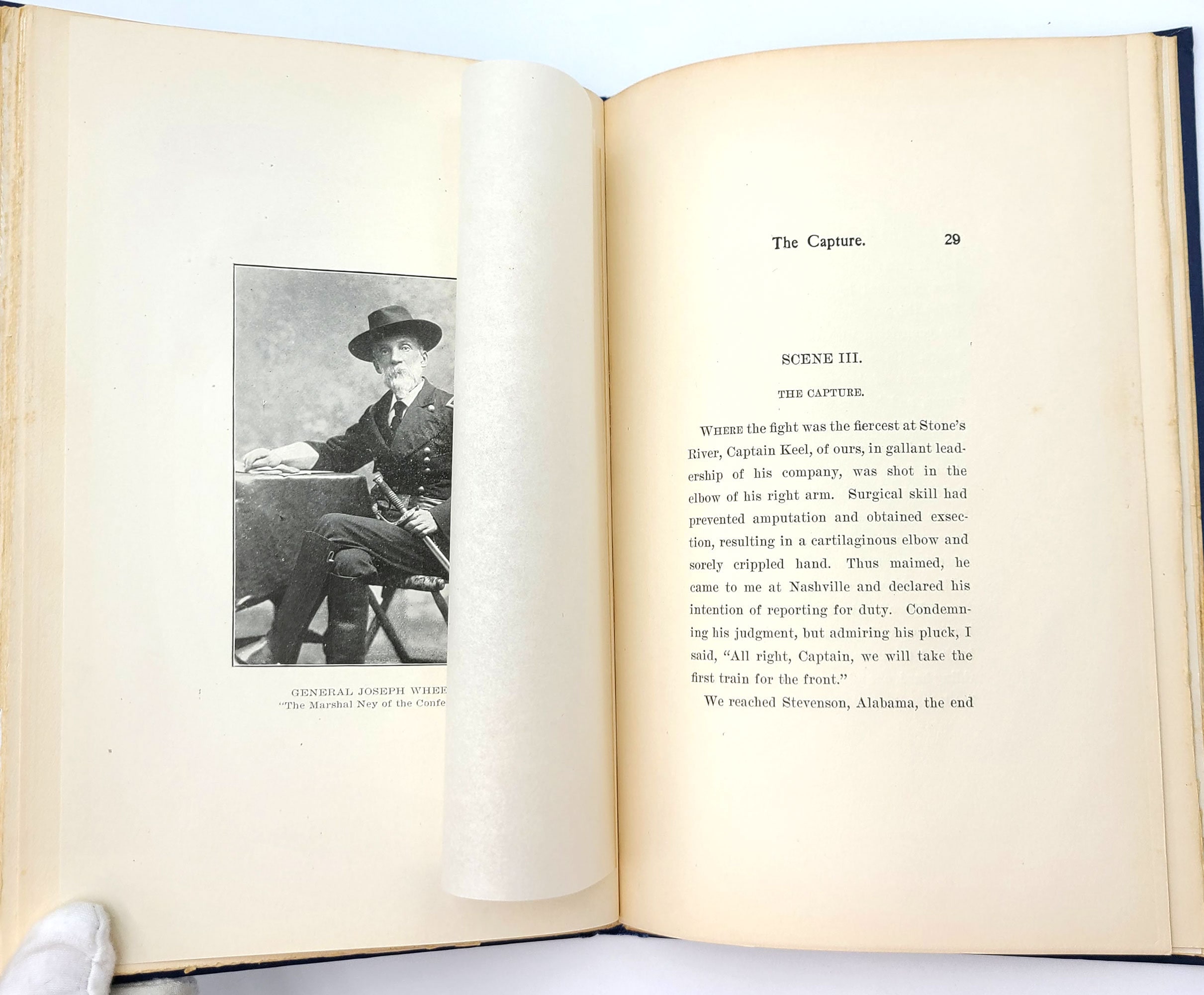 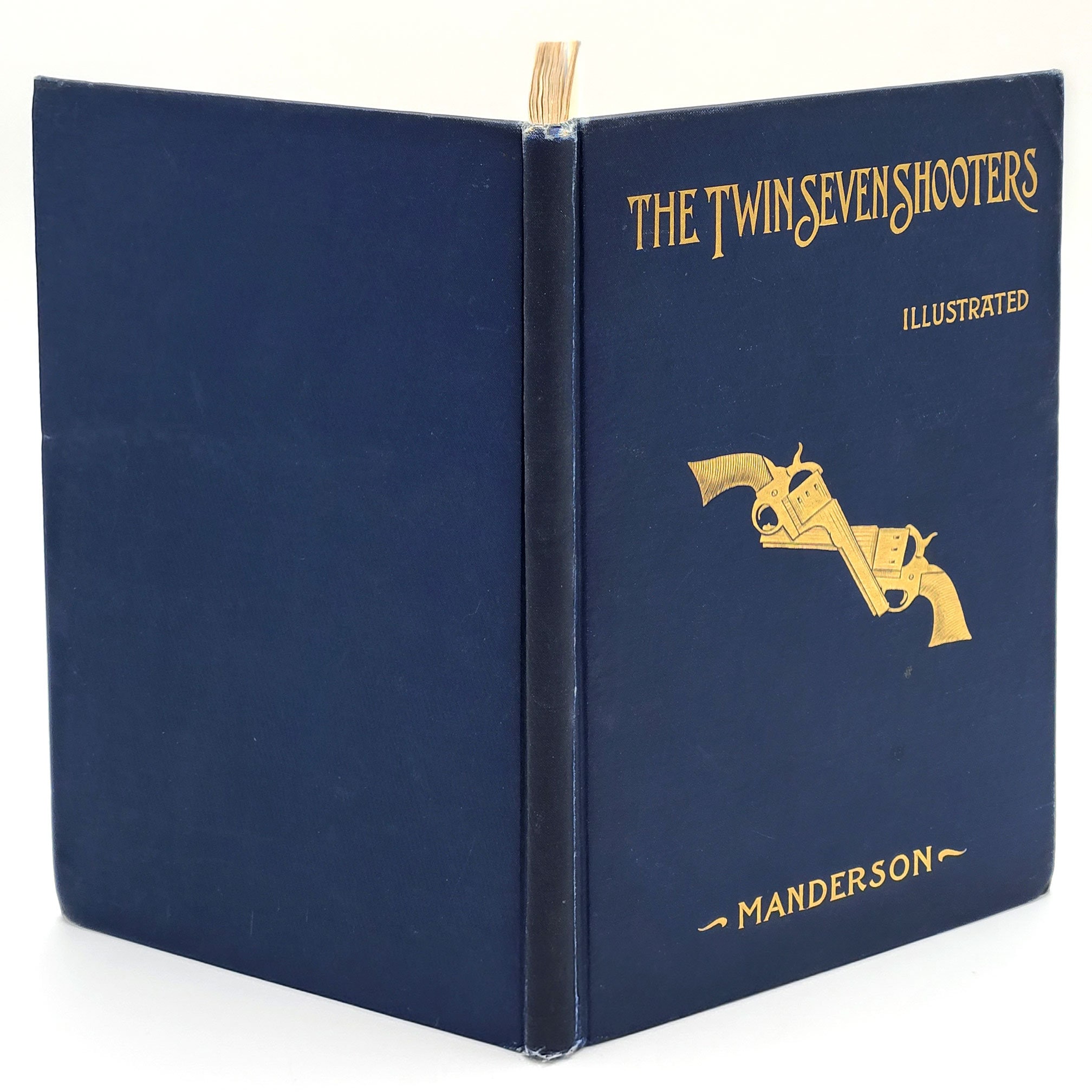 Description: Inscribed and dated by the author on ffep. Blue cloth boards with gilt lettering and pictorial on front cover. Light wear at spine ends and corners. Bit of foxing to a few pages, else interior clean. Eleven illustrated plates (including frontispiece), each with tissue guard. 54 pages. 9.5 x 6.25 inches.

The Civil War story of a pair of revolvers, of their presentation, their capture and the return, and their coming together after a quarter of a century of separation and after they had been carried and used under two flags. In context of the Battle of Stones River and the Battle of Missionary Ridge.

Charles Frederick Manderson (1837-1911) served in the 19th Ohio Volunteer Infantry during the Civil War and promoted to Brevet Brigadier-General. Ini 1869 he moved to Omaha, Nebraska, where he practiced law. He represented Nebraska as a United States senator from 1883 to 1895 and also served as the president pro tempore of the Senate.