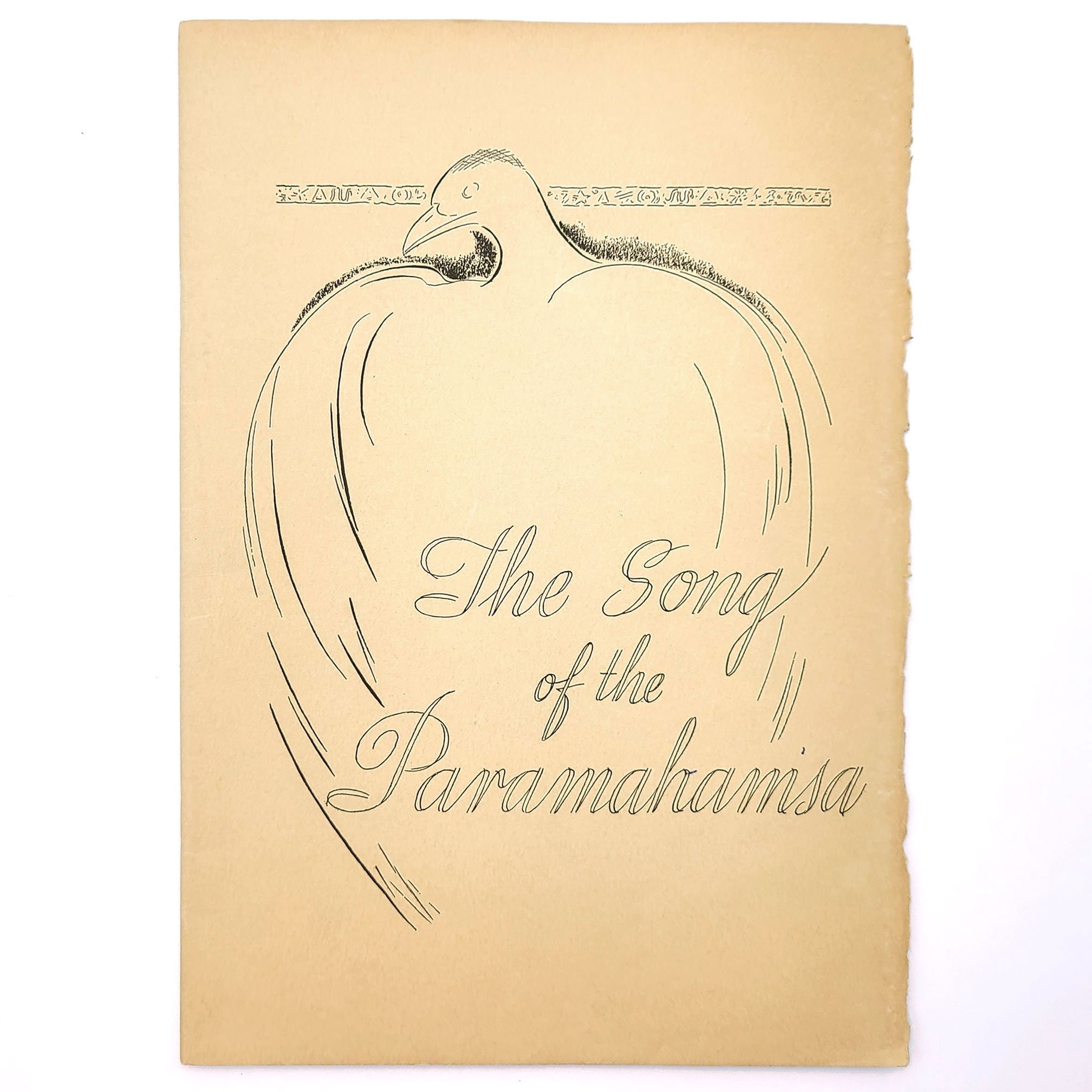 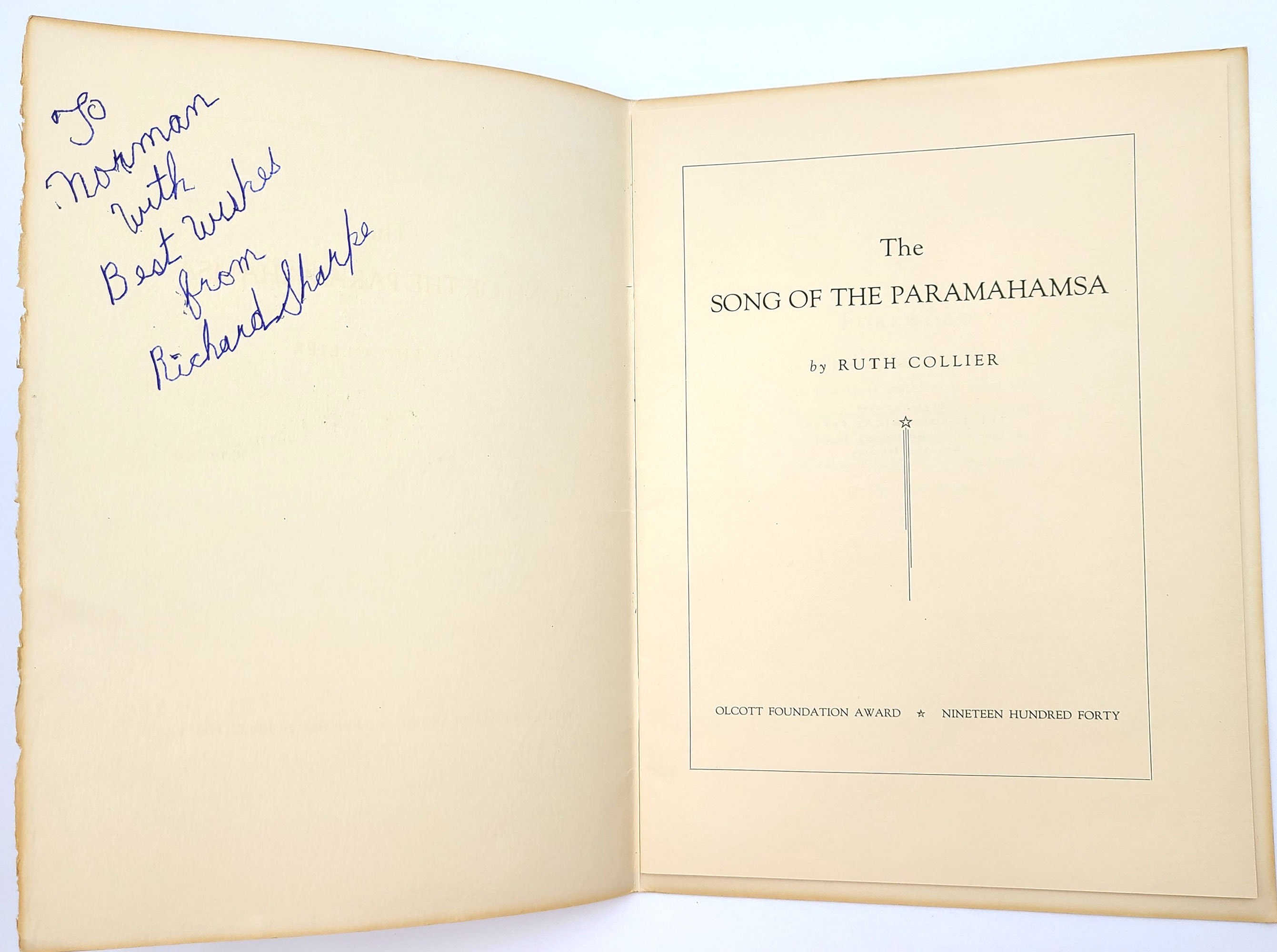 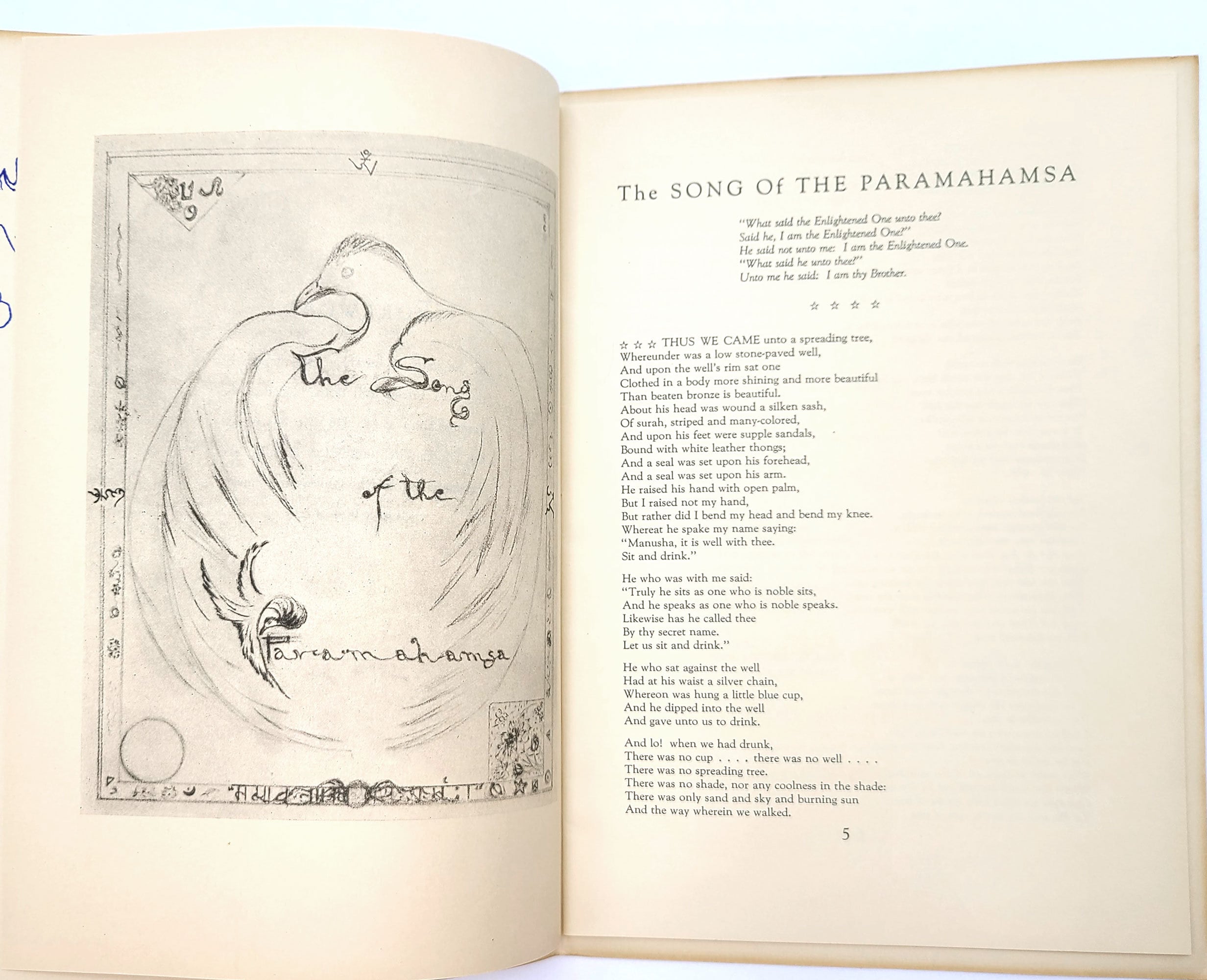 A scarce copy of The Song of the Paramahamsa, a long-form poem by Ruth Collier (1897-1975), for which she won an Olcott Foundation Award in 1940. The poem is accompanied by four of her original illustrations and was published by the Theosophical Press at the Olcott Campus.

Ruth Collier was a member of the Portland Lodge (Oregon) and married Richard Sharpe VI [aka Jr] of the New York Lodge on Sept. 9, 1940 [ref: November 1940 issue of The American Theosophist]. Mr. Sharpe was educated at the Parsons School of Design in New York and did the illustrations for two of his Ruth's books.