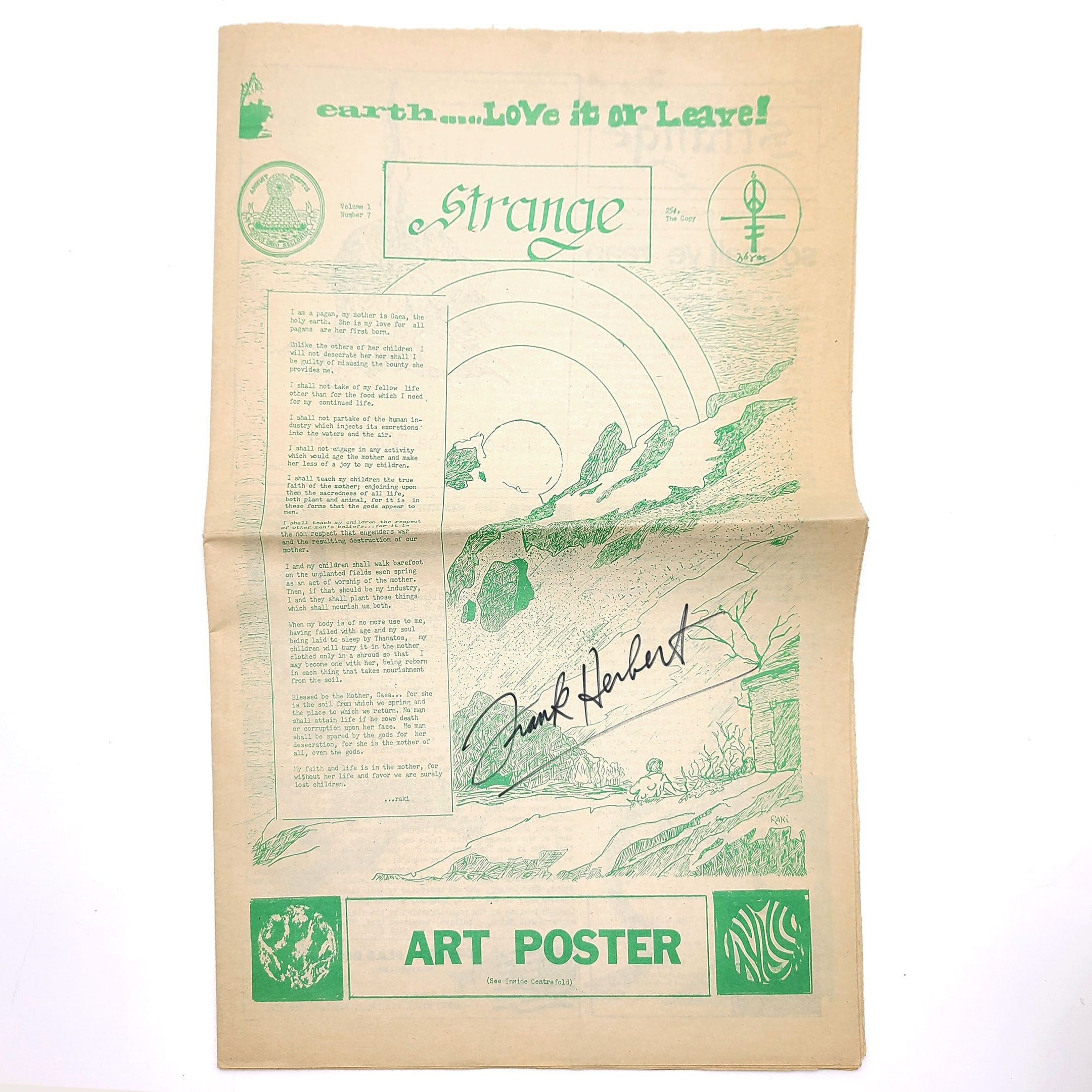 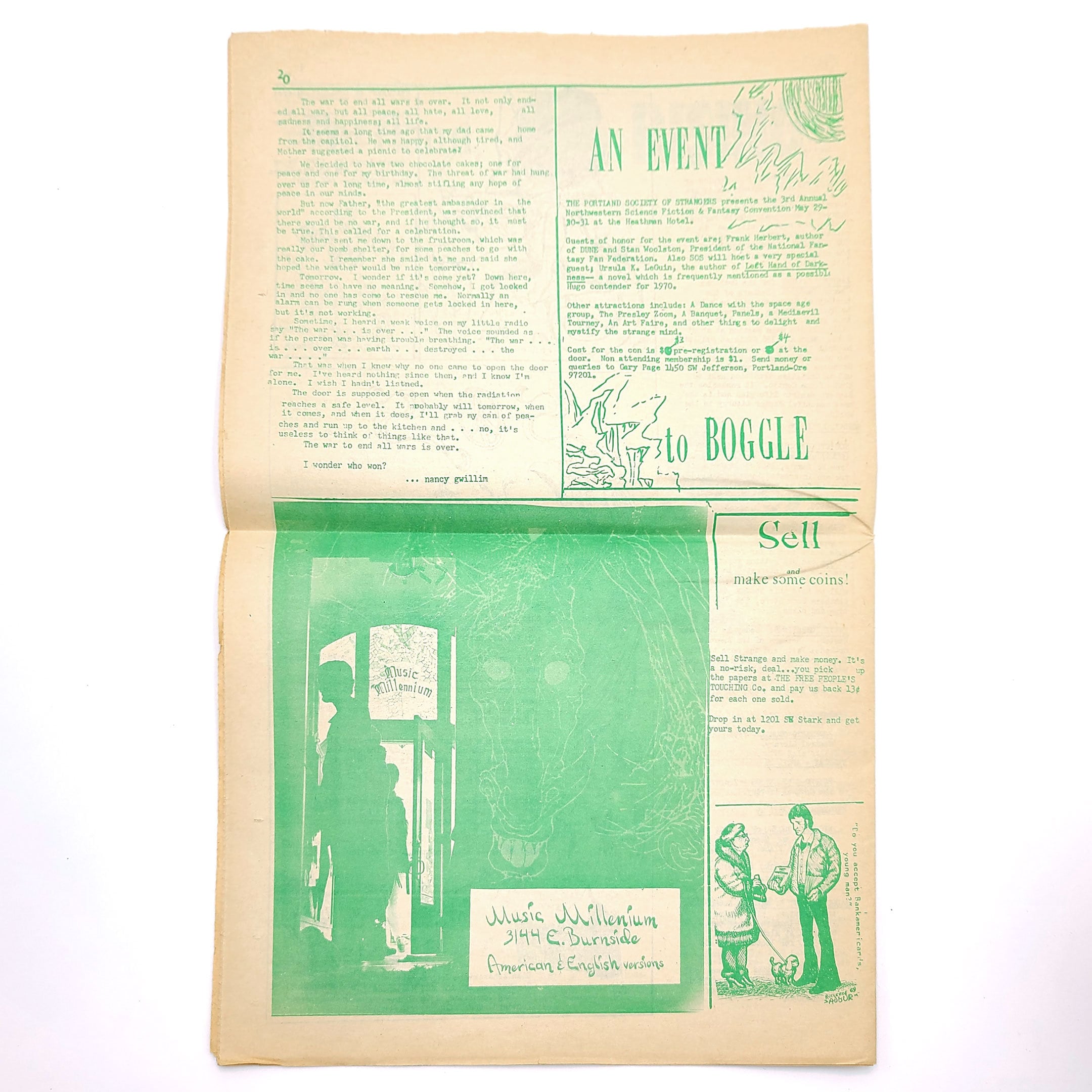 Description: Front page signed by Frank Herbert, presumably at the 1970 NorWesterCon (3rd Annual Northwestern Science Fiction and Fantasy Convention held May 29-31 at the Heathman Hotel in Portland, where both Herbert and Ursula K. Le Guin were the honored guests). A scarce and very well-preserved copy. 20 pages. 17.5 x 11.5 inches.

The ''Stranger'' was a Portland-area underground newspaper and the clubzine of the Portland Society of Strangers (SOS), a science fiction club. The SOS was founded by Mike Zaharakis (1947-1984) and his wife Dian. Mike was also a political activist, a representative for the IWW, the publicist for the Vortex Music Festival, and also published other small SF fanzines throughout the late-sixties and 1970s.

It was reported that about 130 people attended the May 1970 Norwestercon. Dune Messiah had just been published a few months earlier, in October 1969.

[The successor convention to Norwestercon, Norwescon had its inaugural year in 1978.]