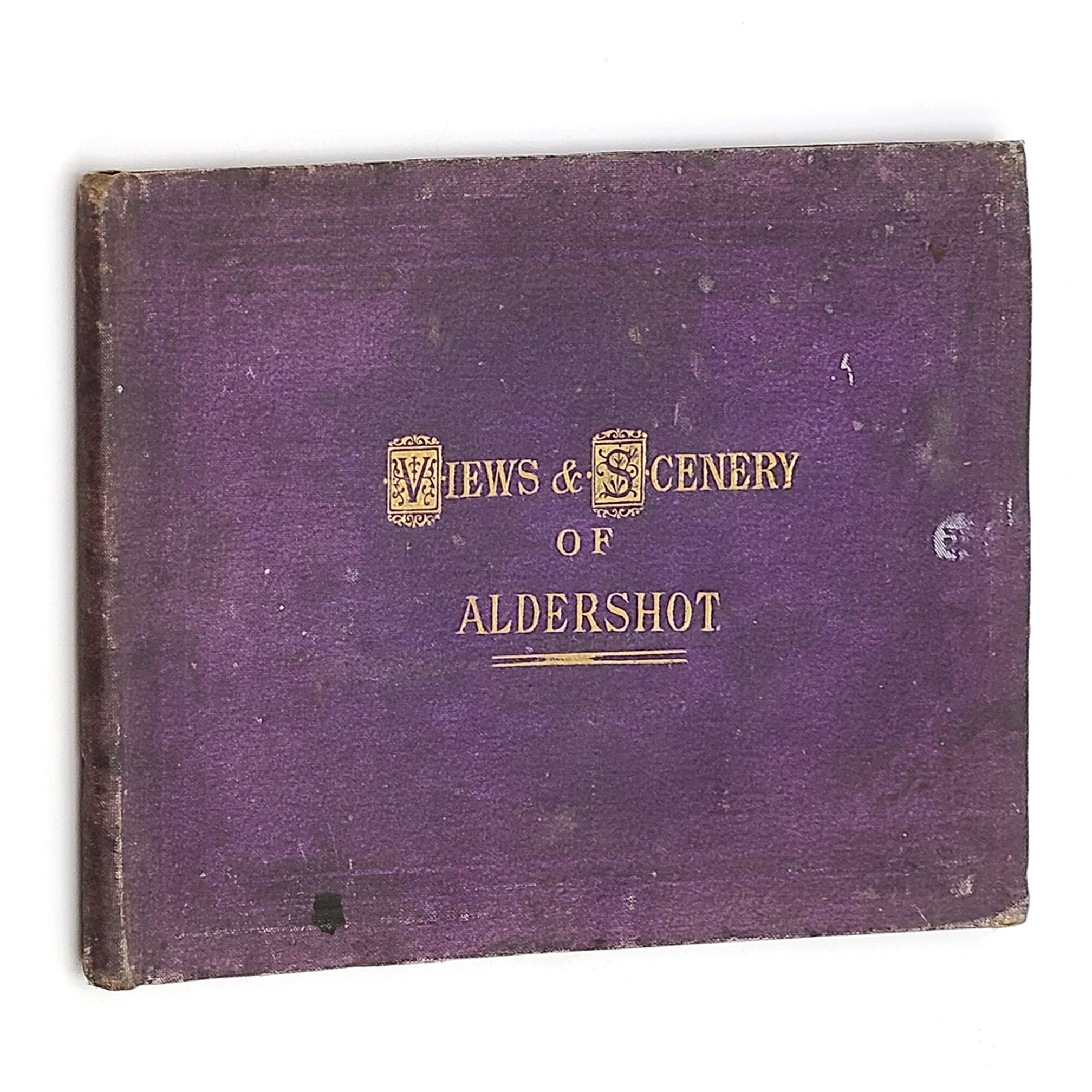 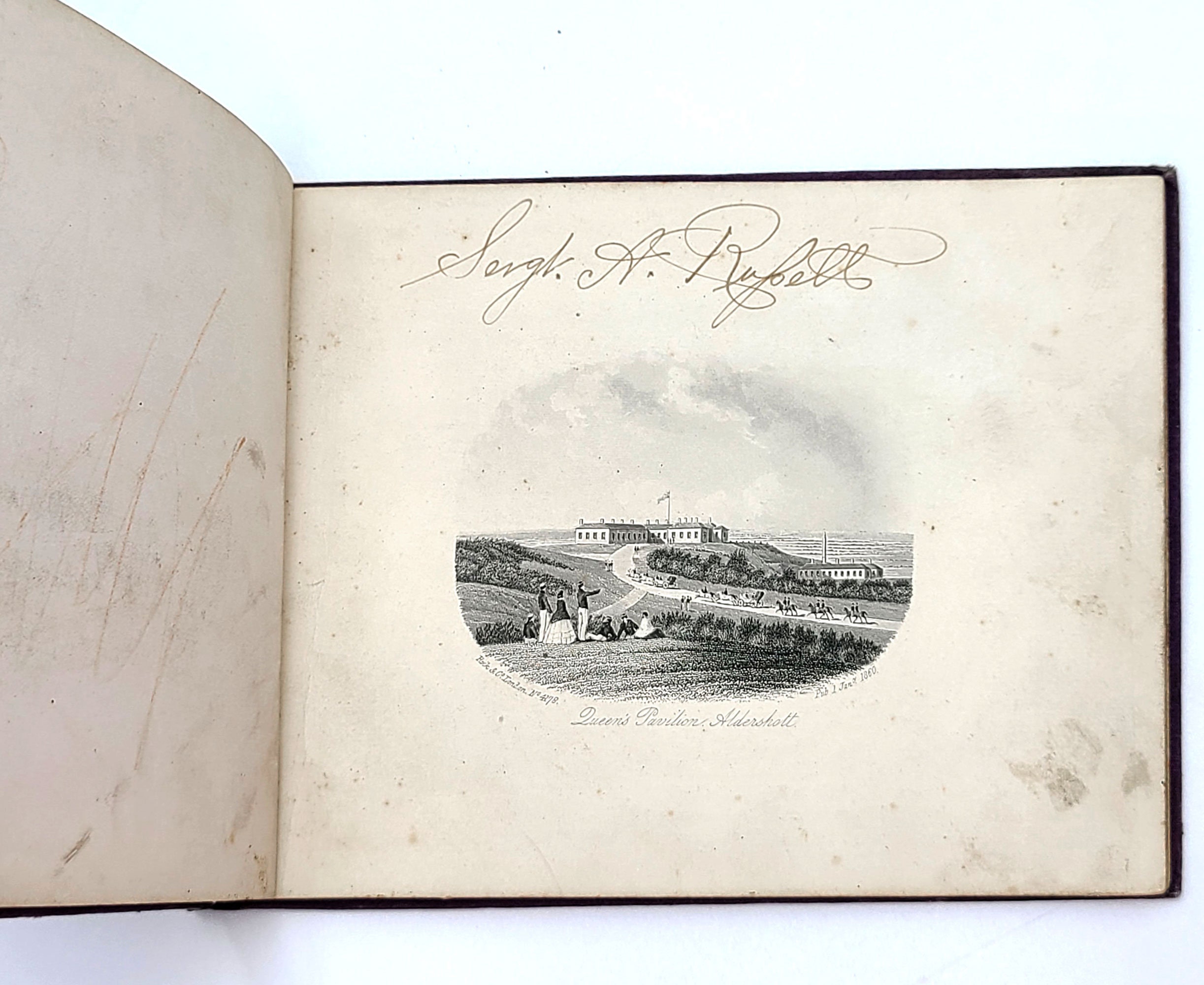 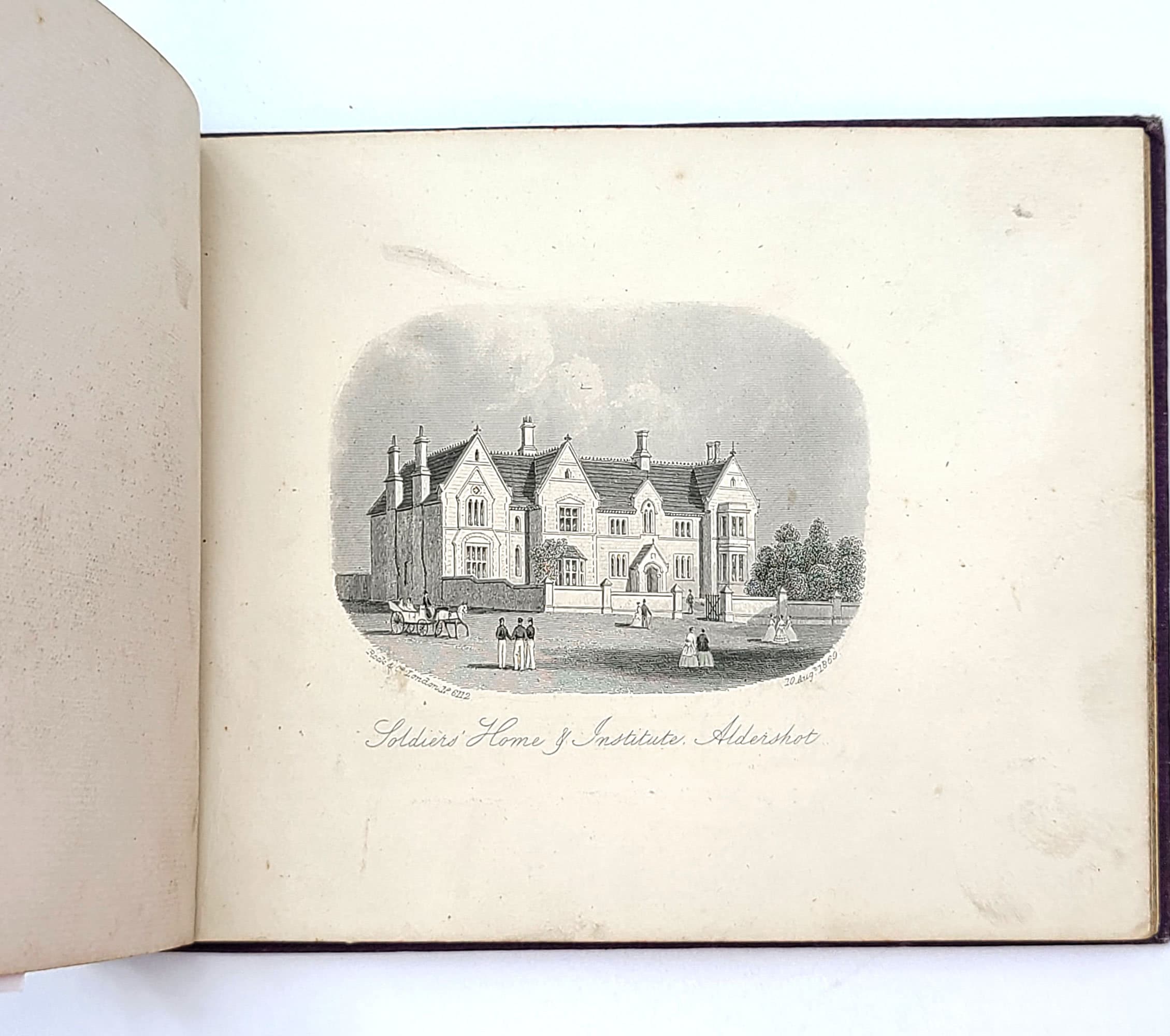 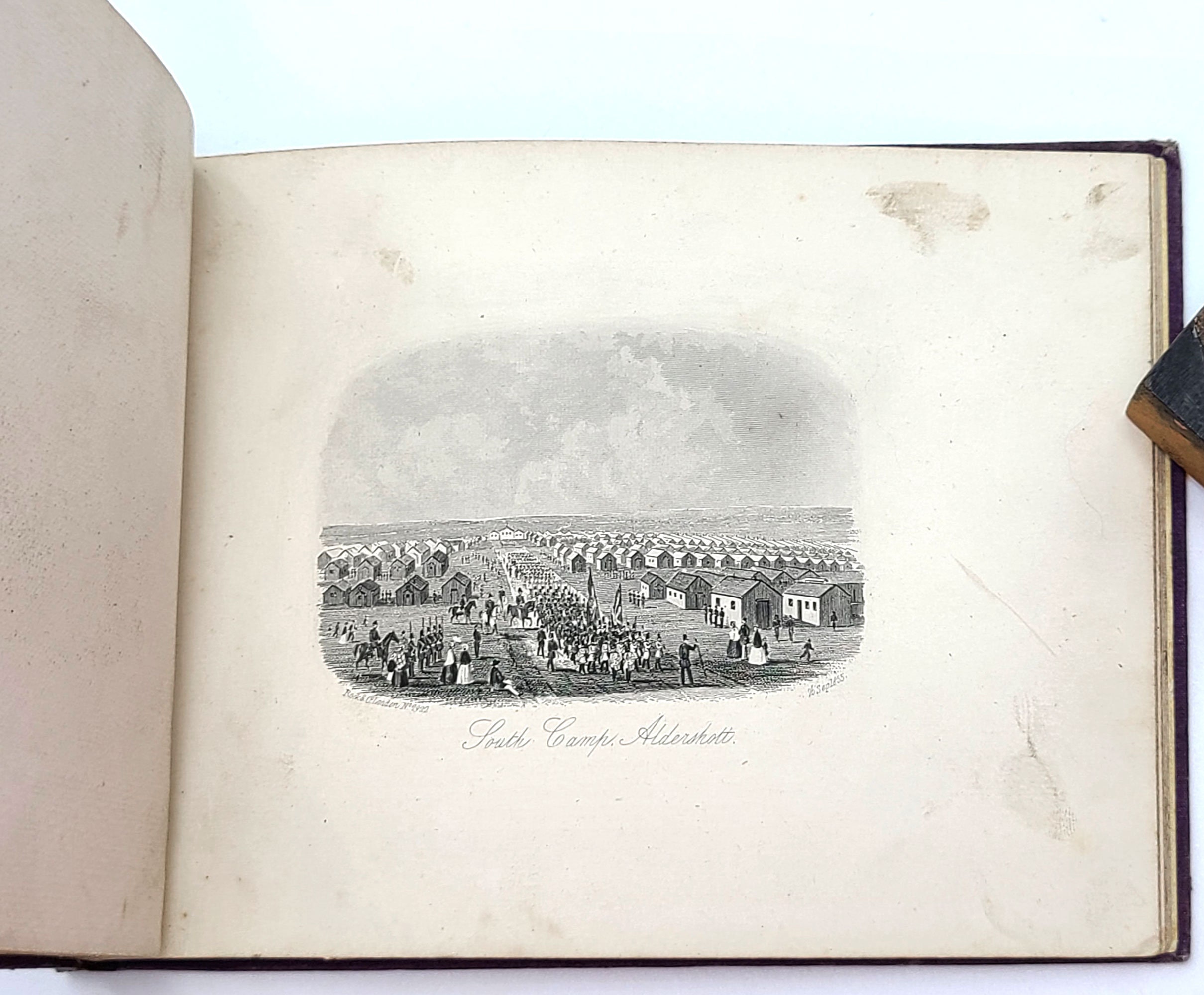 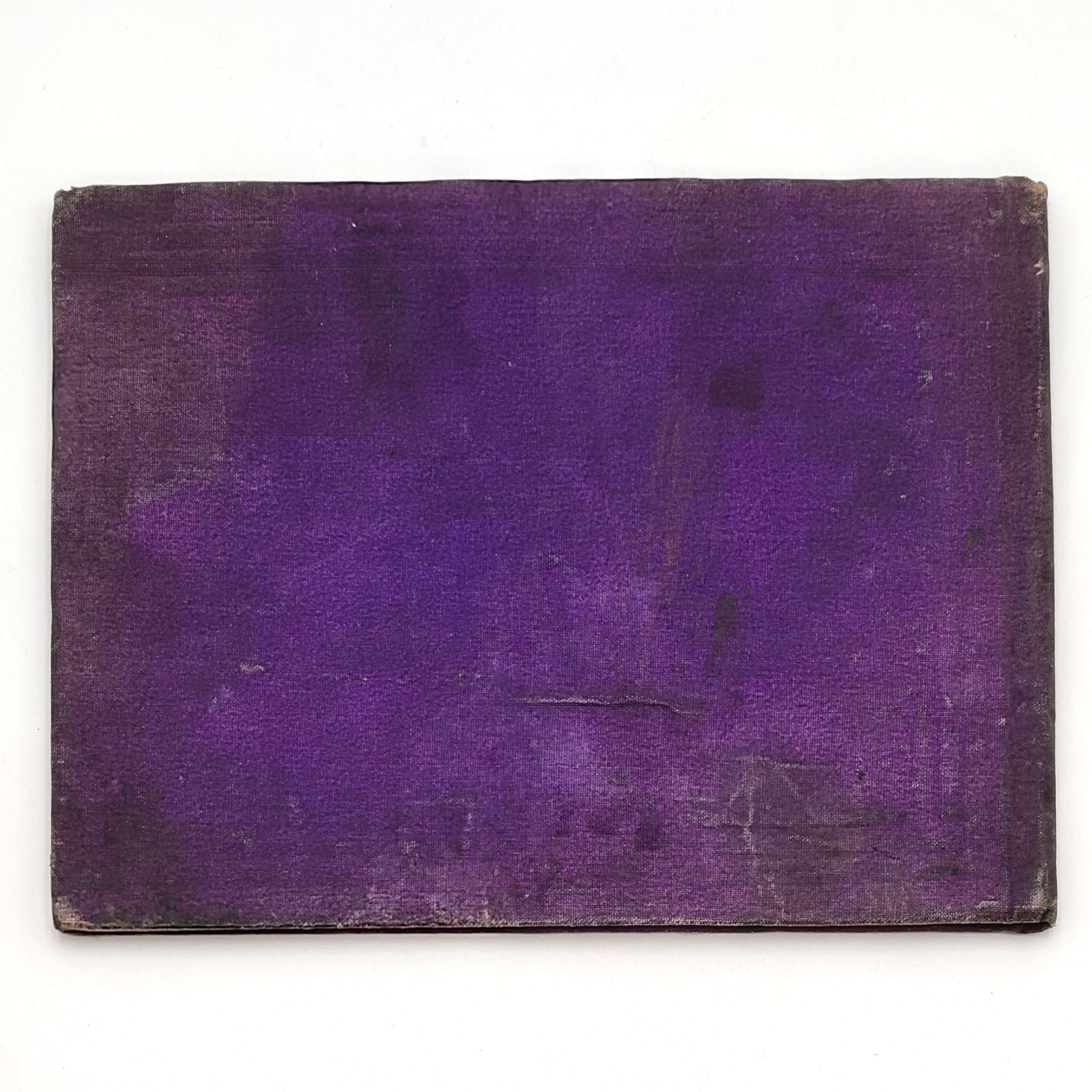 Title: Views and Scenery of Aldershot

Rare viewbook showing scenes of the Aldershot Garrison, Britain's first permanent camp for training troops on a large scale. Camp Aldershot was established in 1854 and became known as the Aldershot Military Town.

The views were published by Rock & Co. of London and feature their serial numbers and publication dates, most dating from the later 1860s, the earliest being 1855 and the latest 1869.

Signed by ''Sergt. A. Russell'' and dated by him ''15/8/77'' on the ffep and signed by him again on the first pictorial plate. The identity of this individual is uncertain, however, we did find a Farrier Quartermaster Sergeant Albert Russell (1853-1915) at Aldershot. According the website for the Teign Heritage Centre (Teignmouth, Devon), after enlisting in the spring of 1873 with the 5th Royal Irish Lancers, he was sent to Aldershot where he served as the shoeing smith and finally reached the rank of Farrier Quarter Master Sergeant. He then served in India between 1878-1897 with an interim eight month tour in Afghanistan in 1880.