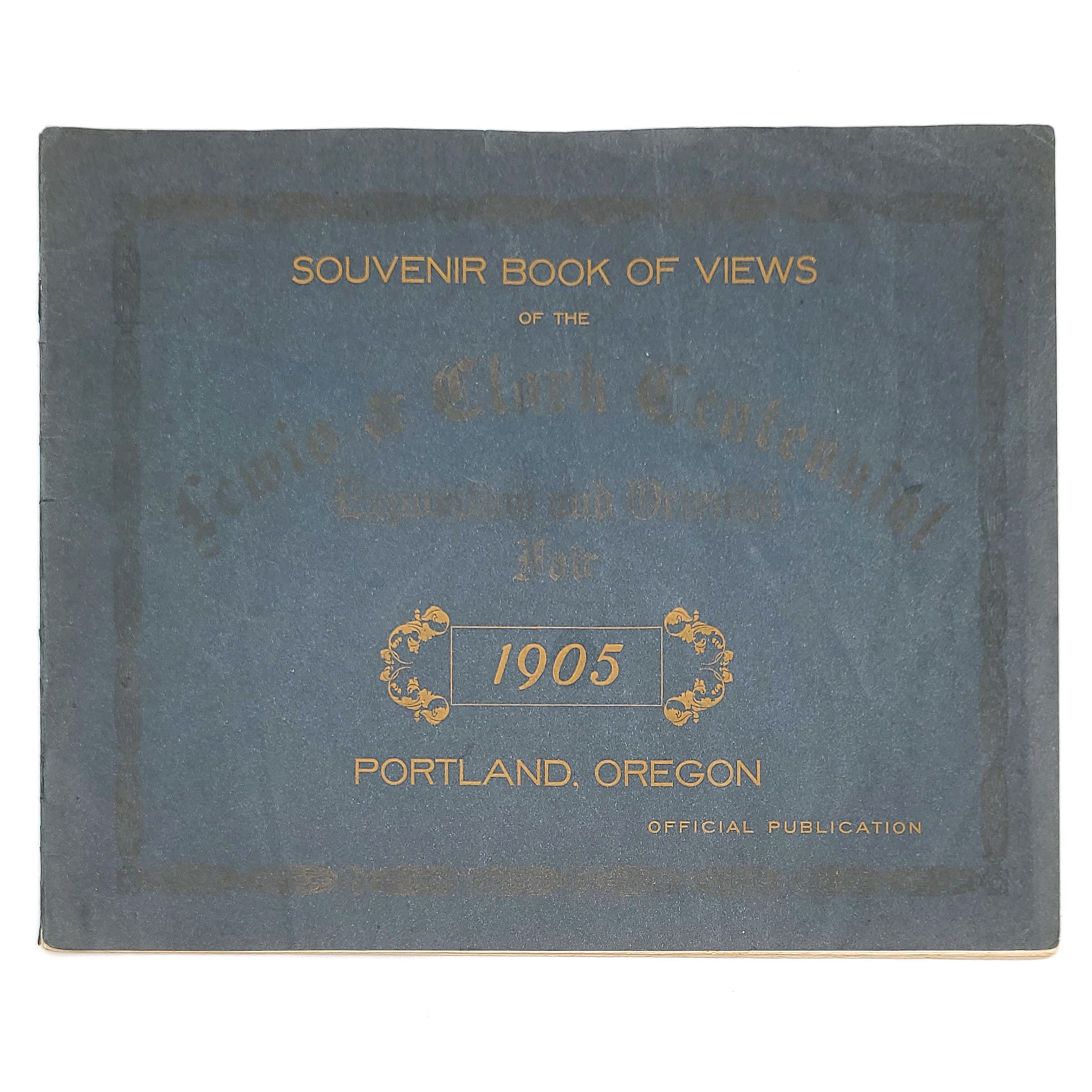 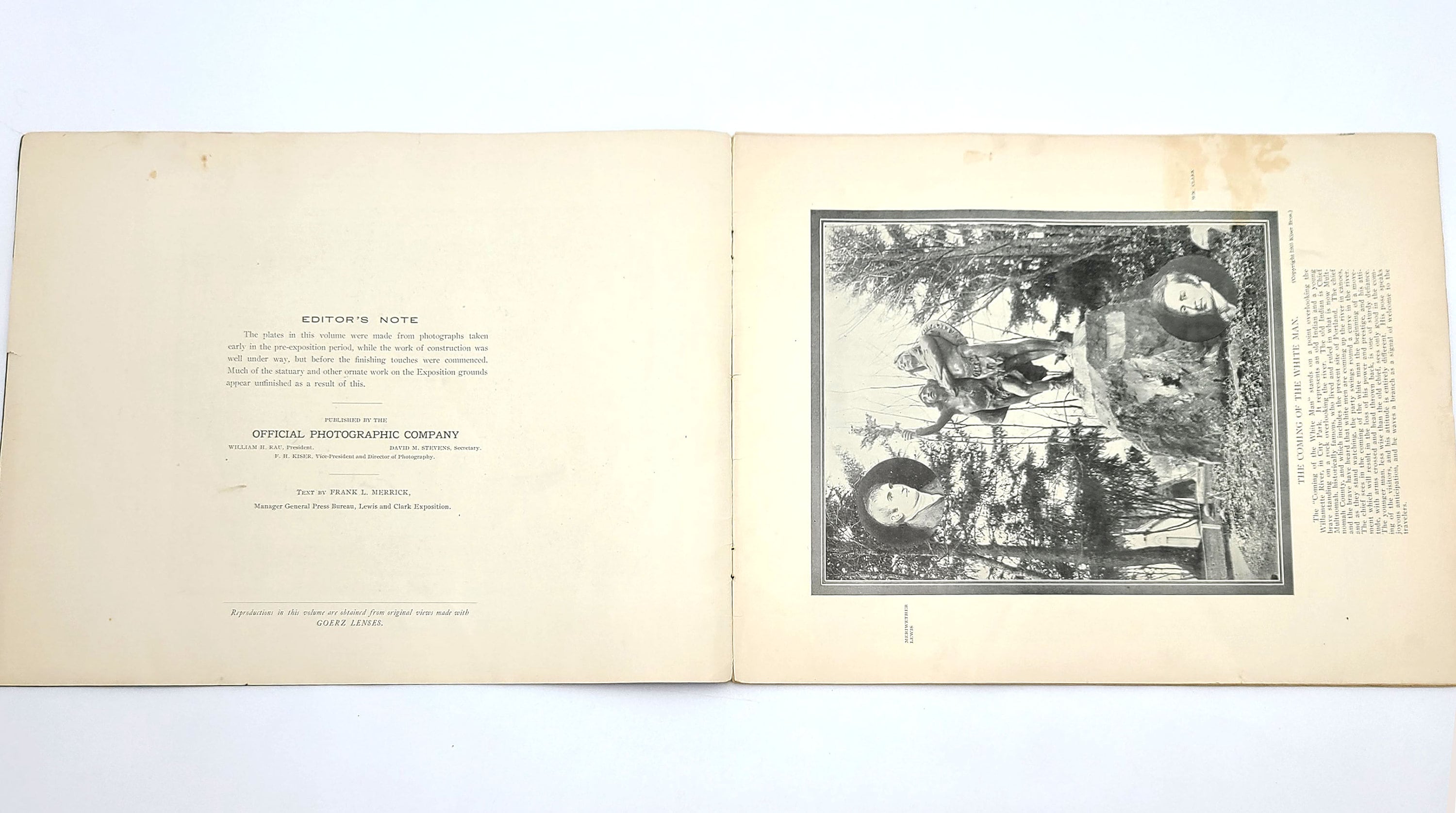 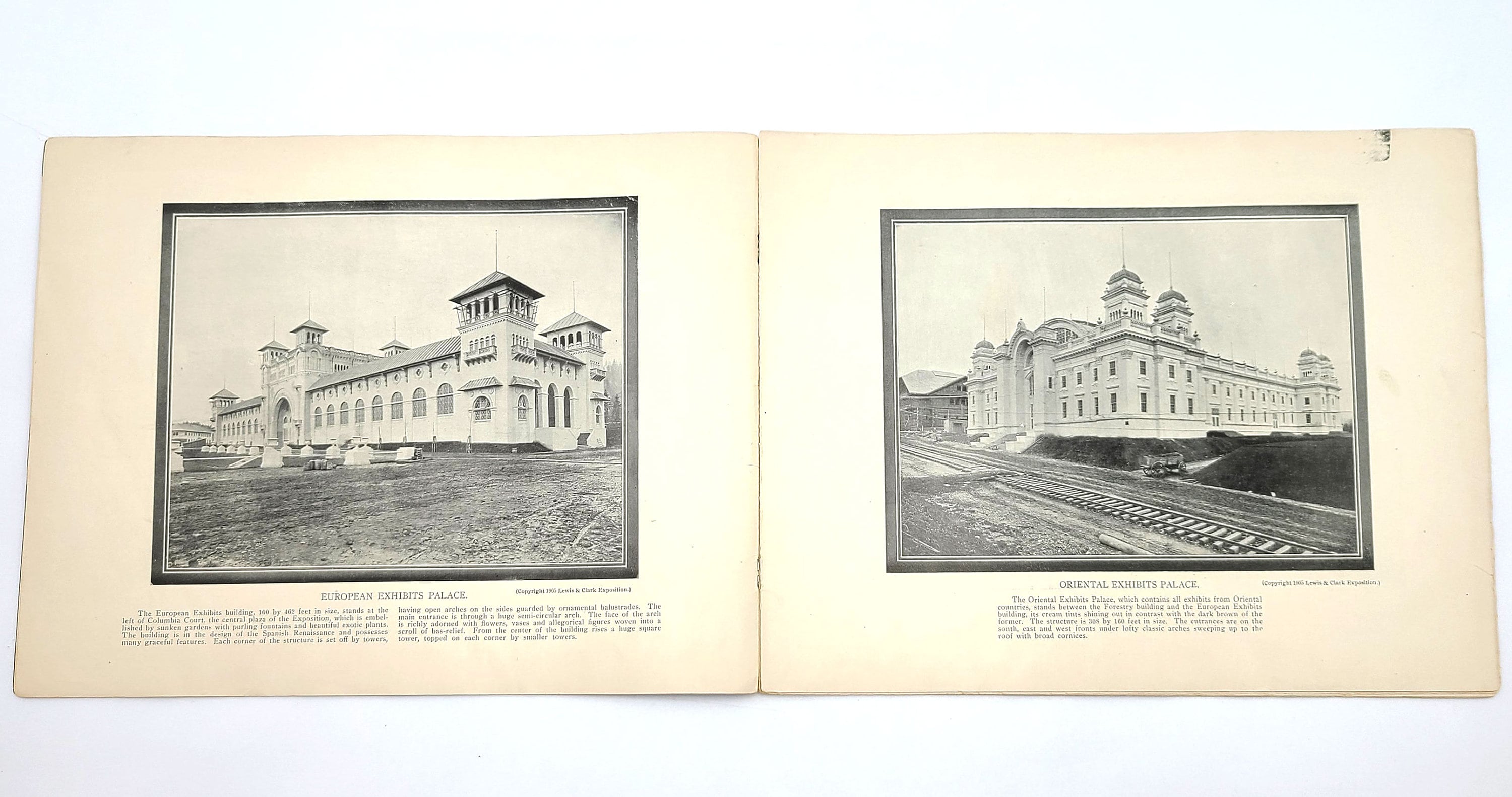 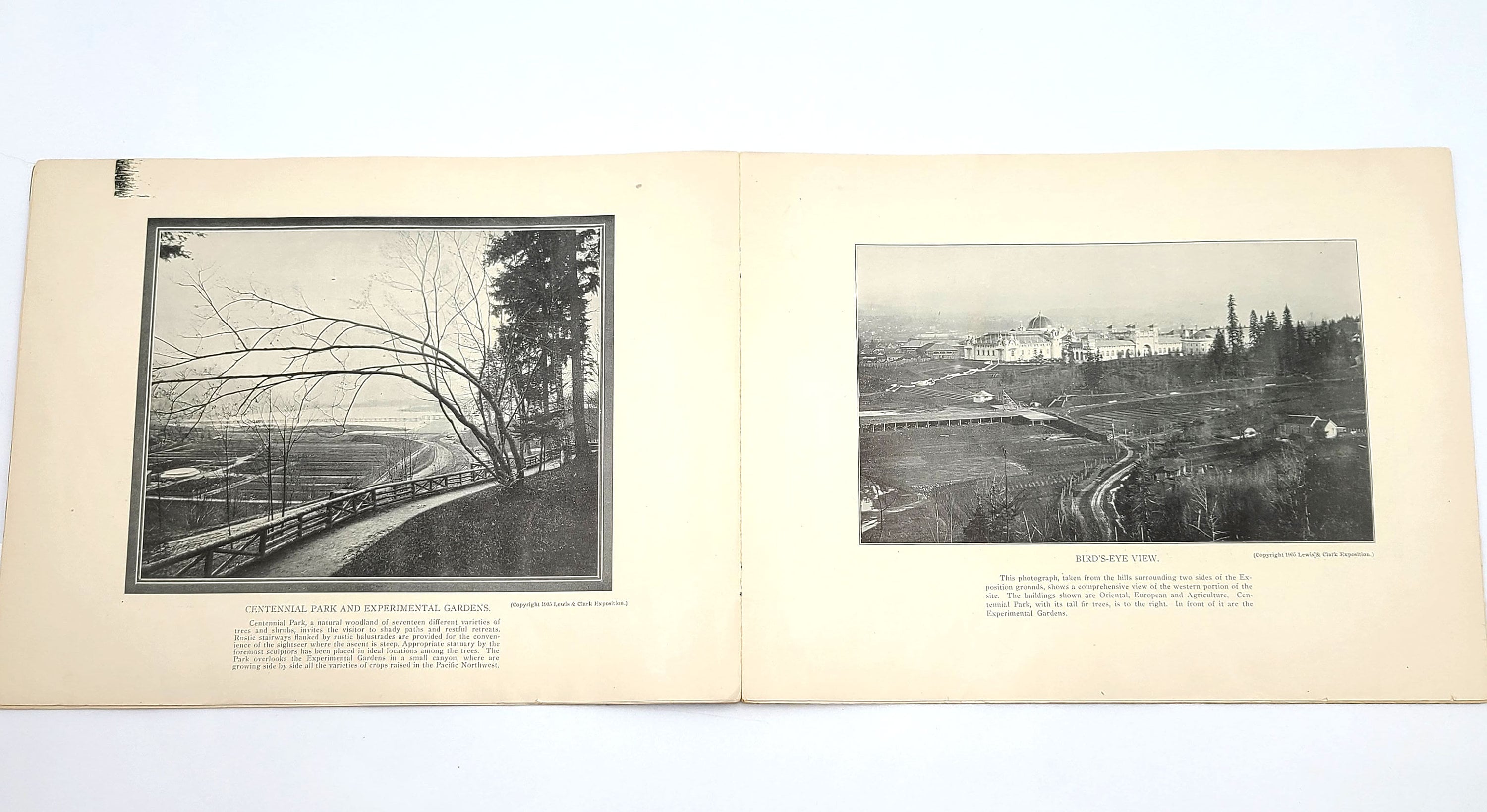 It appears that a few editions of this were produced. This one may be the earliest. The Editor's Note at the beginning states that "The plates in this volume were made from photographs taken early in the pre-exposition period, while the work of construction was well under way, but before the finishing touches were commenced. Much of the statuary and other ornate work on the Exposition grounds appear unfinished as a result of this."

Includes 22 illustrations showing the "Coming of the White Man" statue, a couple views of the Forestry Building, the Columbia Court building and the Agriculture Building, a panorama view of Guild Lake, European Exhibits Palace, Lakeview Terrace and the Grand Stairway taken from the Esplanade, Grand Stairway, bird's eye view from the west hills, separate images of the statues of Captain Merriwether Lewis and Captain William Clark, Centennial Park, Oriental Exhibits Palace, Entrance and Administration Building, Guild Lake at night, busy street scene at Third & Washington Streets (partially damaged), and an artistic rendition of the American Inn (the only hotel on the grounds).