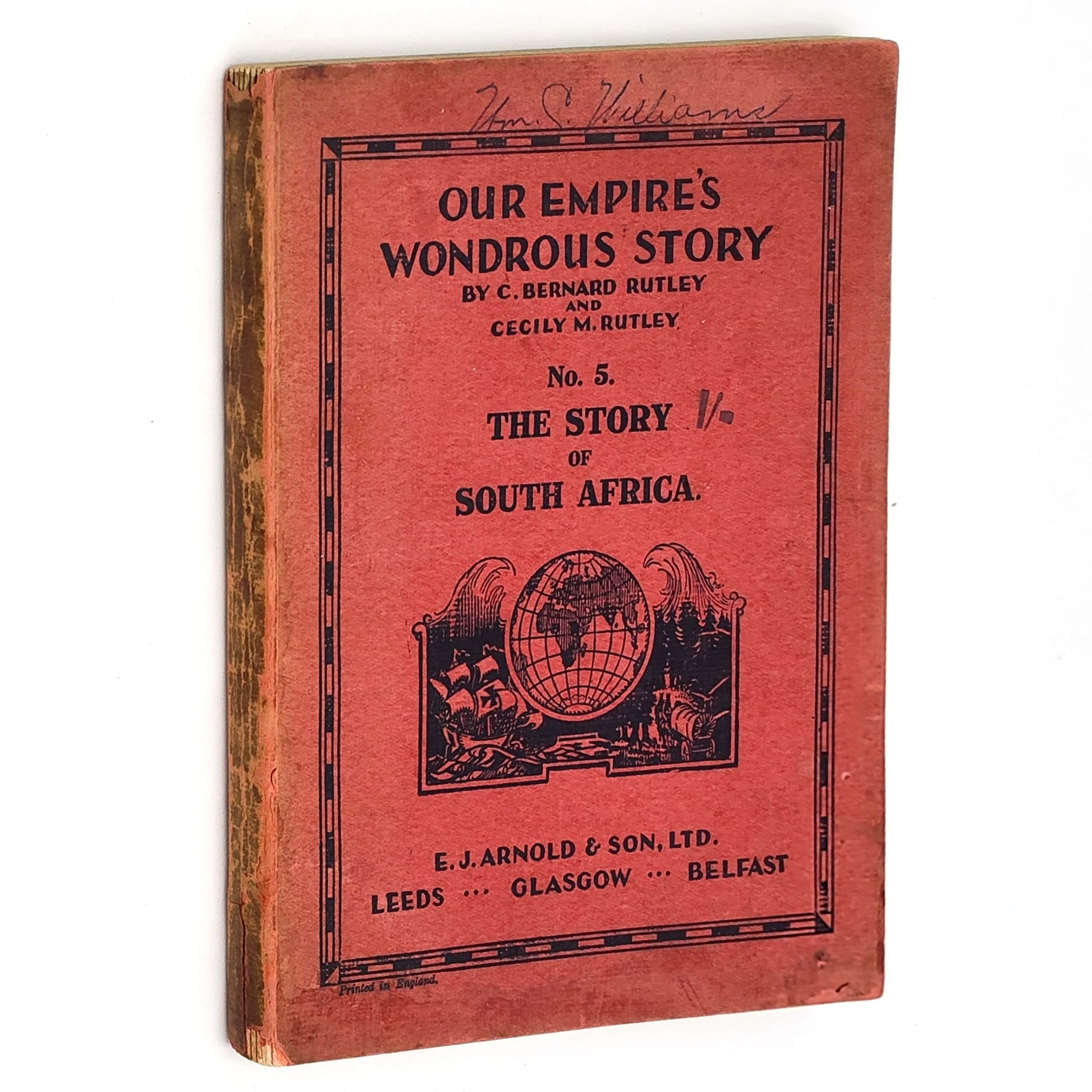 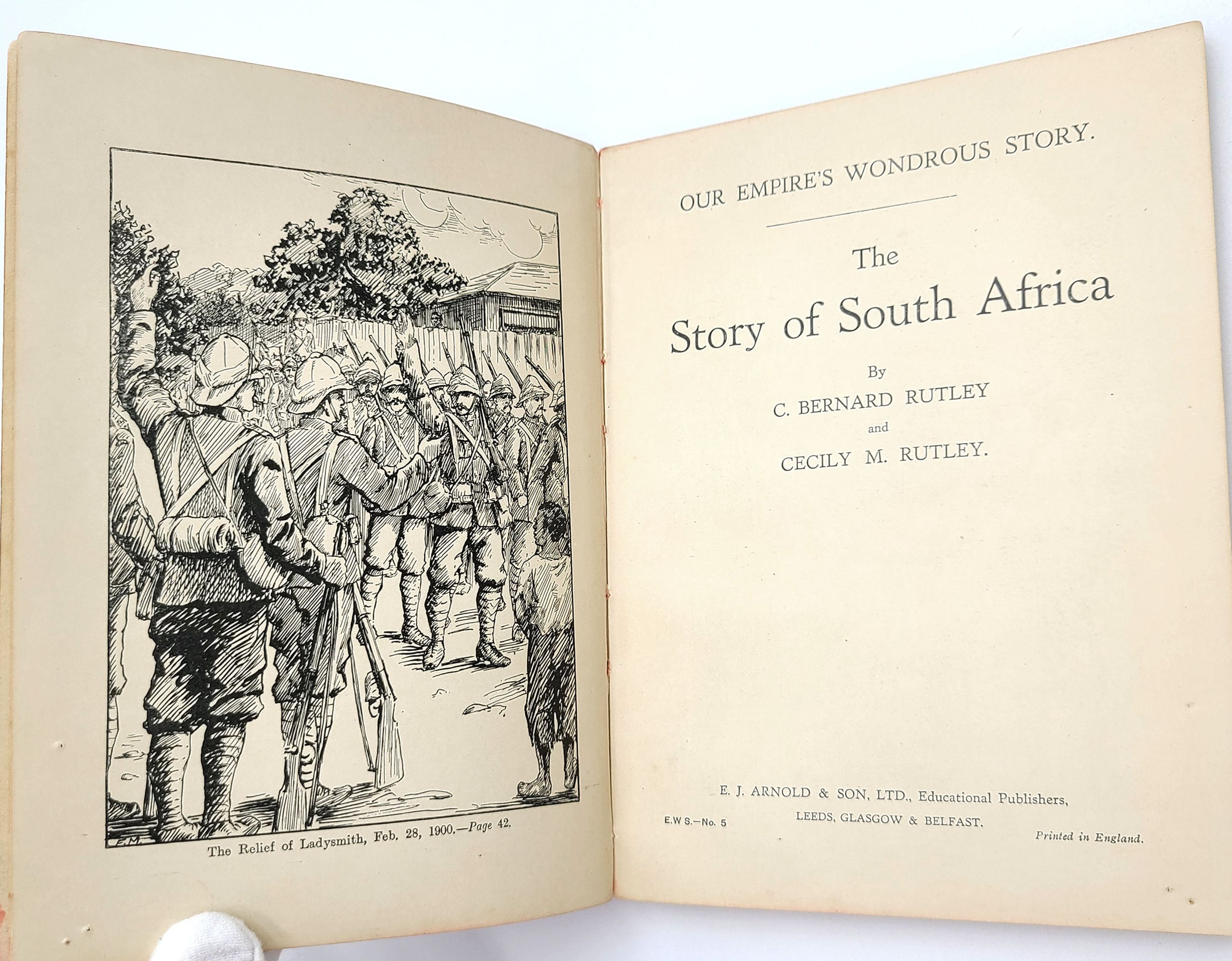 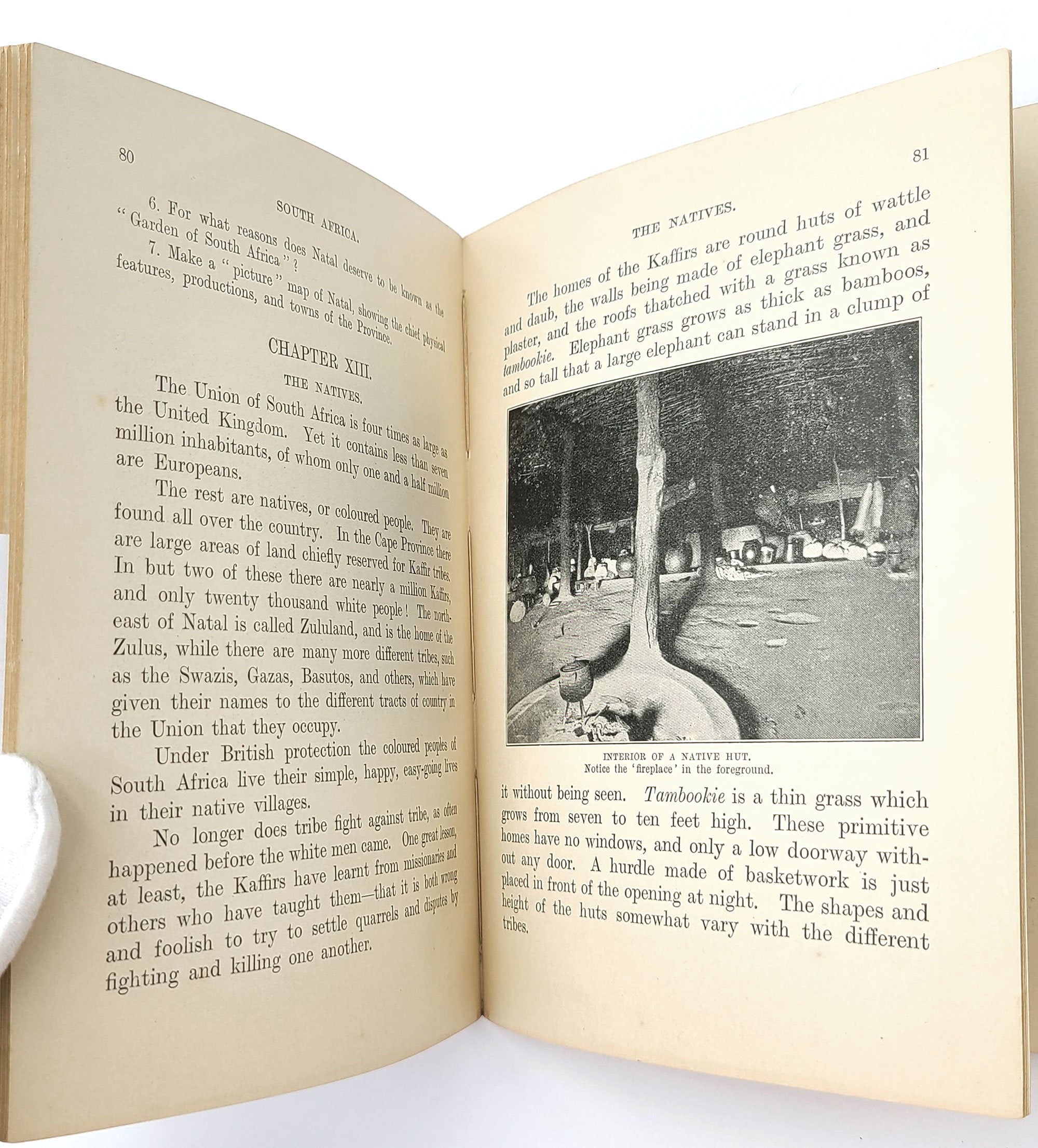 Title: The Story of South Africa [Our Empire's Wondrous Story series, No. 5]

Description: Original printed card covers. Covers are a bit worn; spine darkened and has a bit of chipping at ends. Previous owner's name on front cover and ffep. Pages show some underlining (mostly in the first half). Illustrations and maps. 110 pages. 18.4 x 13.5 cm. One copy noted on OCLC (Univ. of Alberta).

The fifth book in the Rutleys' seven-volume series on the possessions of the British Empire, which they wrote for the Upper Classes of Elementary Schools and the Middle Forms of Secondary Schools. The first half of the book, written by C. Bernard Rutley, is a historical survey and deals with the discovery, settlement, conquest and growth of South Africa and Rhodesia. The second half, written by Mr. Rutley's sister, Cecily, deals with South Africa from a contemporary geographical, social, and industrial standpoint.