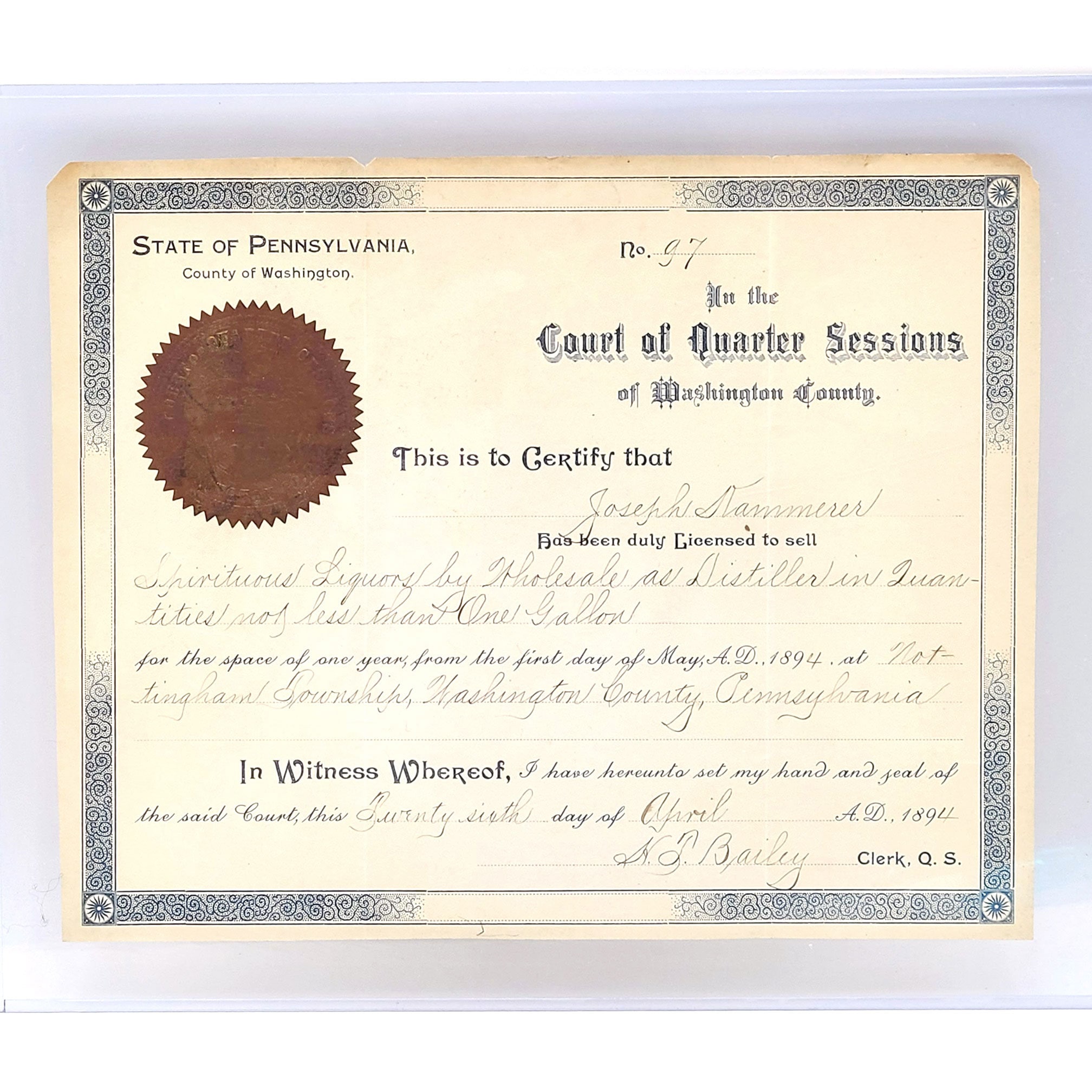 Description: 1894 liquor license certifying that Joseph Kammerer [who was known for his rye whiskey], Nottingham Township, Washington County, Pennsylvania, has been licensed to sell ''Spirituous Liquors by Wholesale as Distiller in Quantities not less than One Gallon,'' Signed by the clerk H. T. Bailey on April 26, 1894.

The certificate has some small chipping to top edge and top corners. Bronzed seal of the Court of Quarter Sessions. 7.5 x 9.4 inches.

The rye whiskey distiller Joseph Kammerer (1835-1915) was a native of Pennsylvania. His parents, John and Elizabeth, immigrated to Pennsylvania from Germany in the early 1830s. In 1859, after more than a decade of running a flour mill, Joseph Kammerer purchased a distillery and soon moved his operation to a new location on Mingo Creek. It was reported that Kammerer Pure Monongahela Rye Whiskey had a good reputation and was sold and shipped to almost every State east of the Mississippi. However, misfortune befell Joseph Kammerer in June 1897 when his still house burned down.