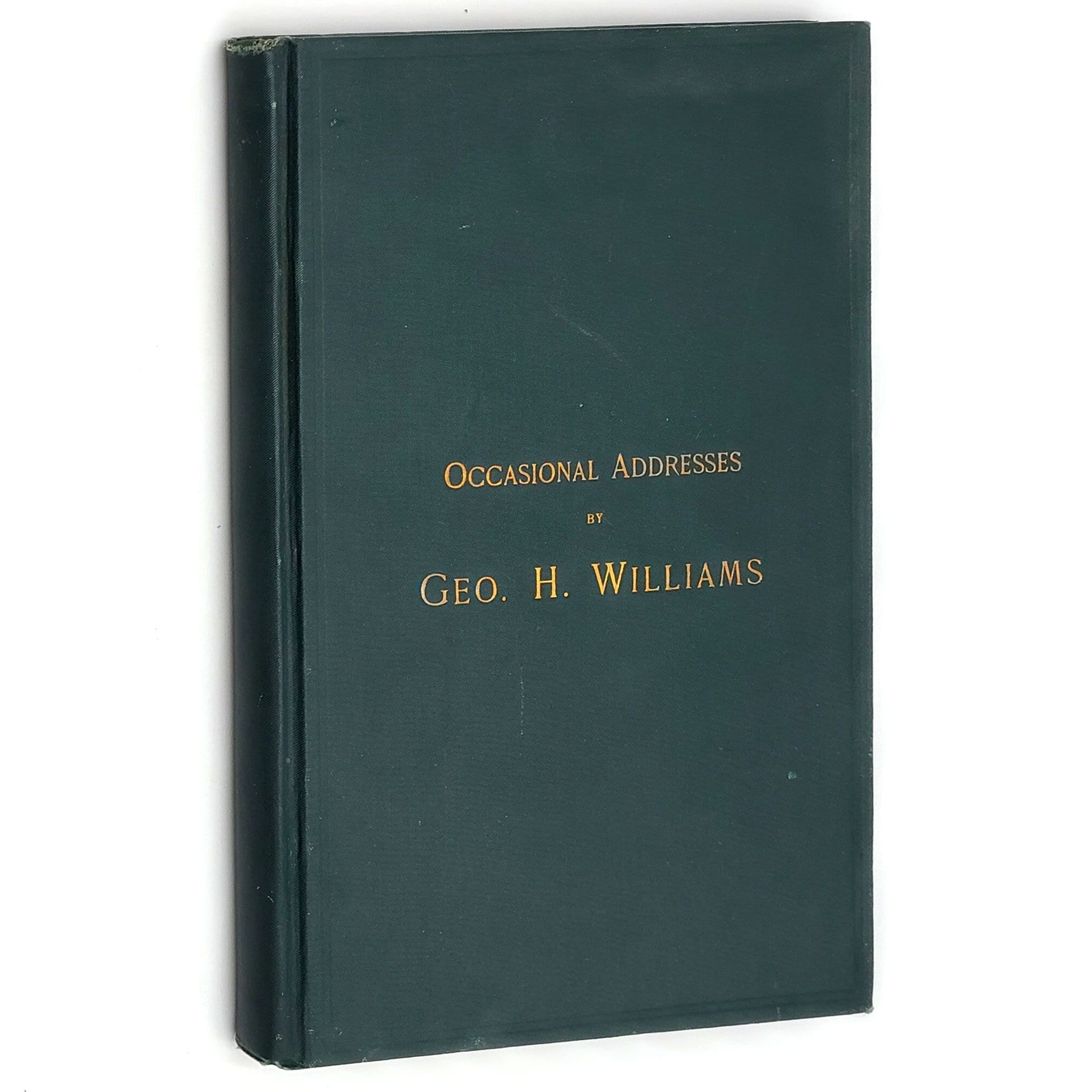 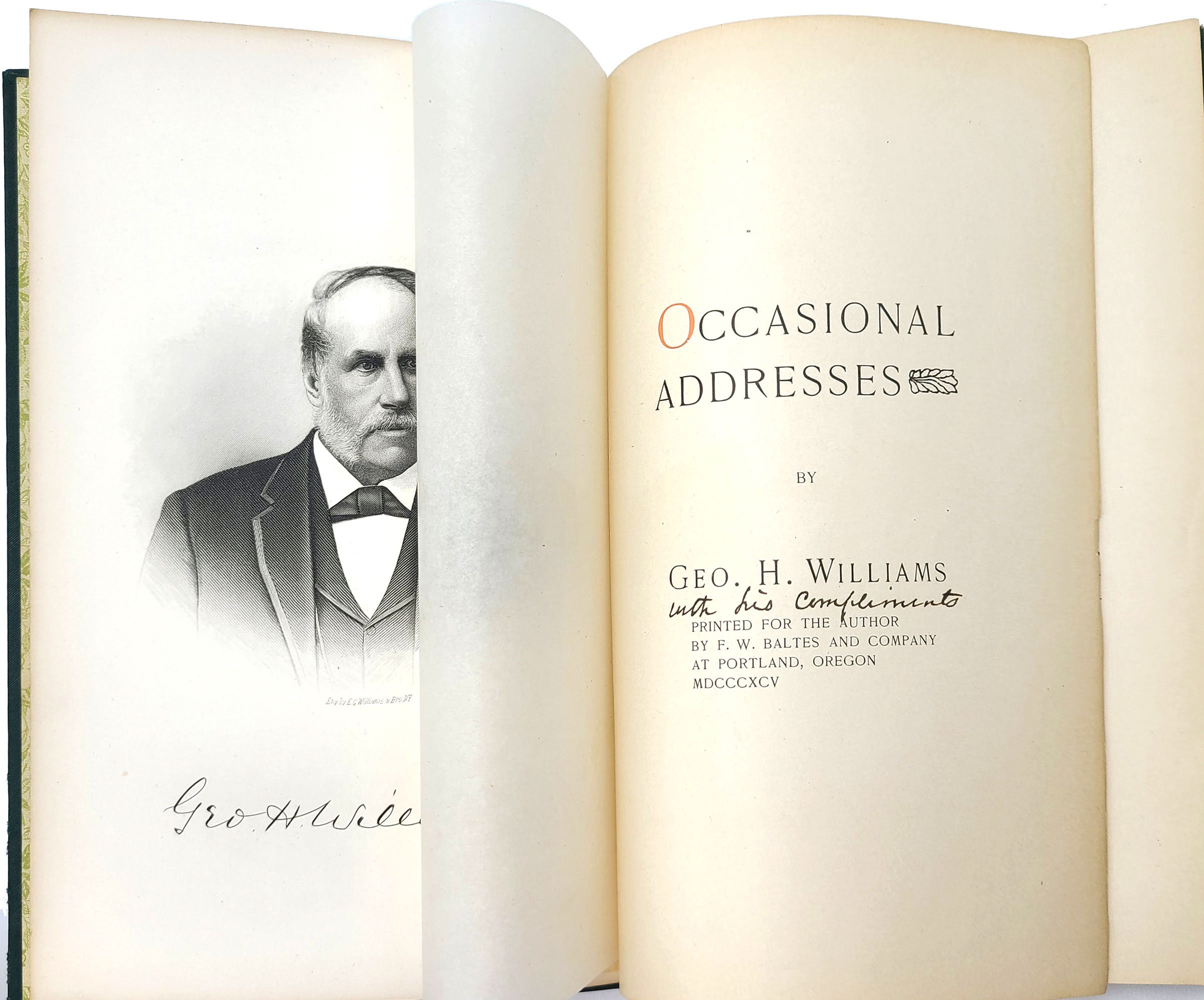 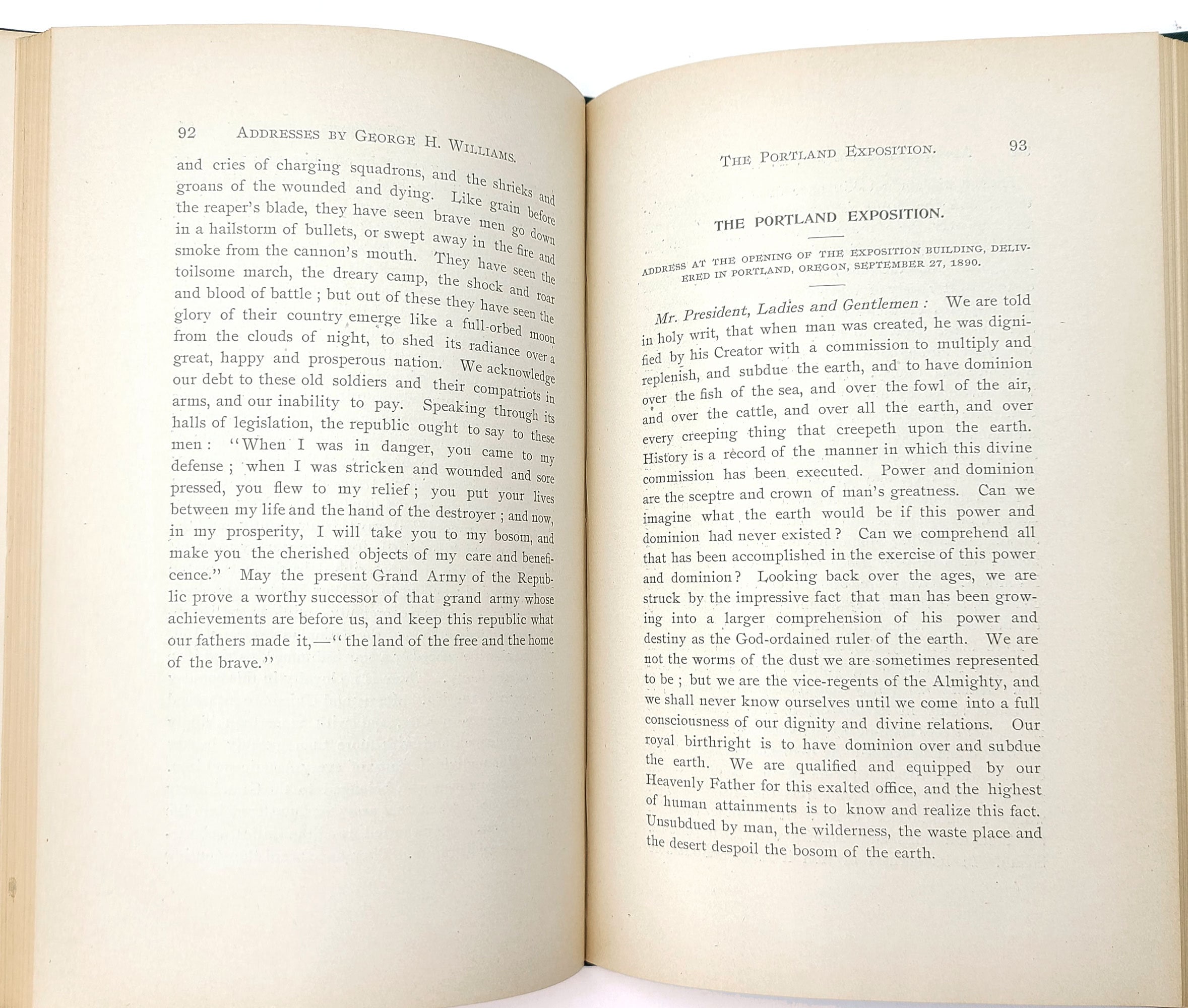 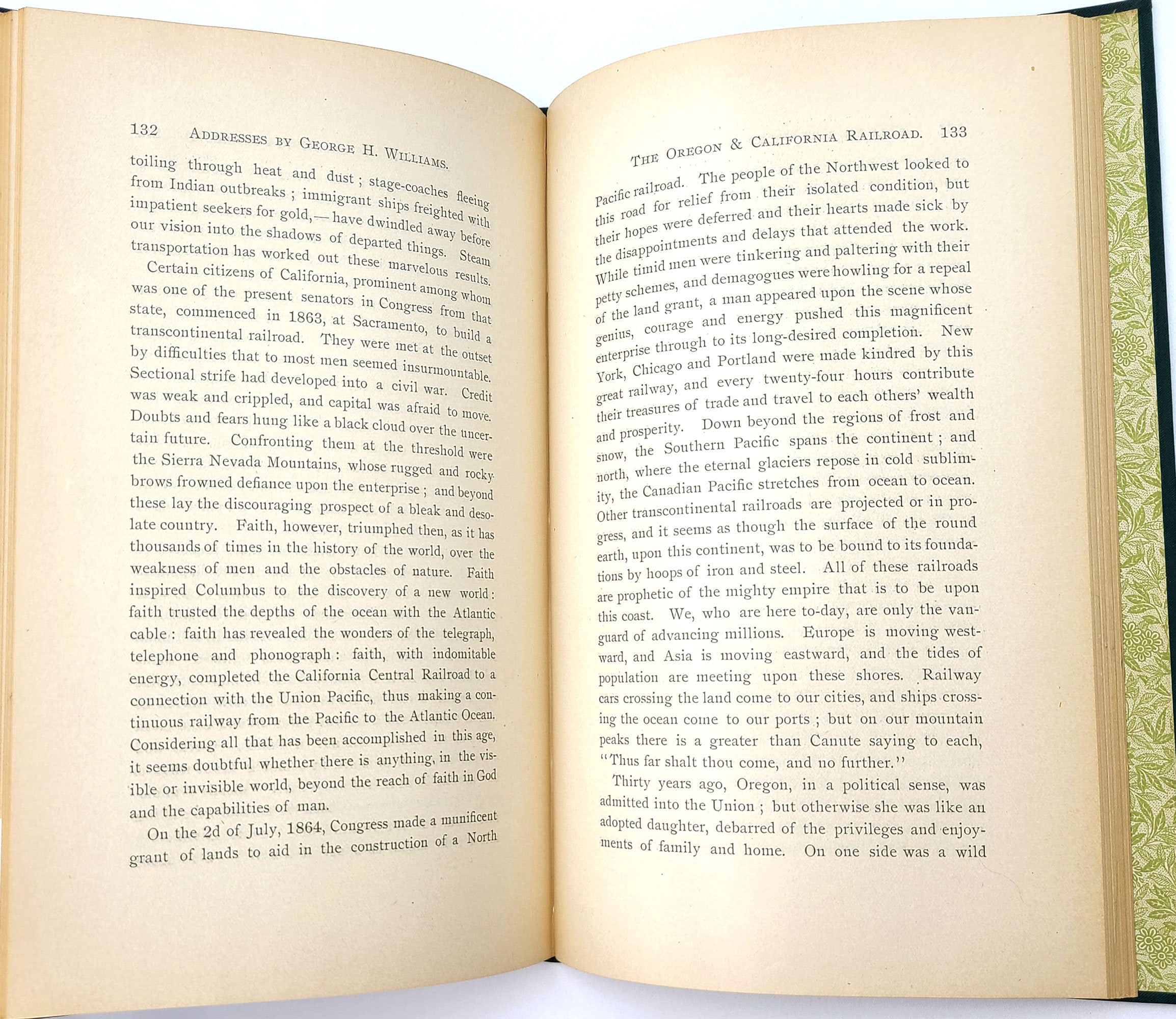 Description: Inscribed ''with his compliments'' by the author on the title page under his name. Green cloth boards with gilt lettering on front cover. Light scuffs on front cover; minor wear to corners and spine ends. Small surface blemish on ffep; else interior is fine. Frontispiece portrait of author with tissue-guard. 208 pages. 8.8 x 5.75 inches. Issued in the spring of 1895 by George H. Williams and primarily intended by him as a souvenir to be given to his friends, but with a limited number also set aside for sale.

His appointment by President Grant in 1871 to be the 32nd United States Attorney General made Williams the first presidential cabinet member to come from Oregon. As the Attorney General, he presided over the continuing roll-out of southern Reconstruction policies and continued the prosecution of the Ku Klux Klan.