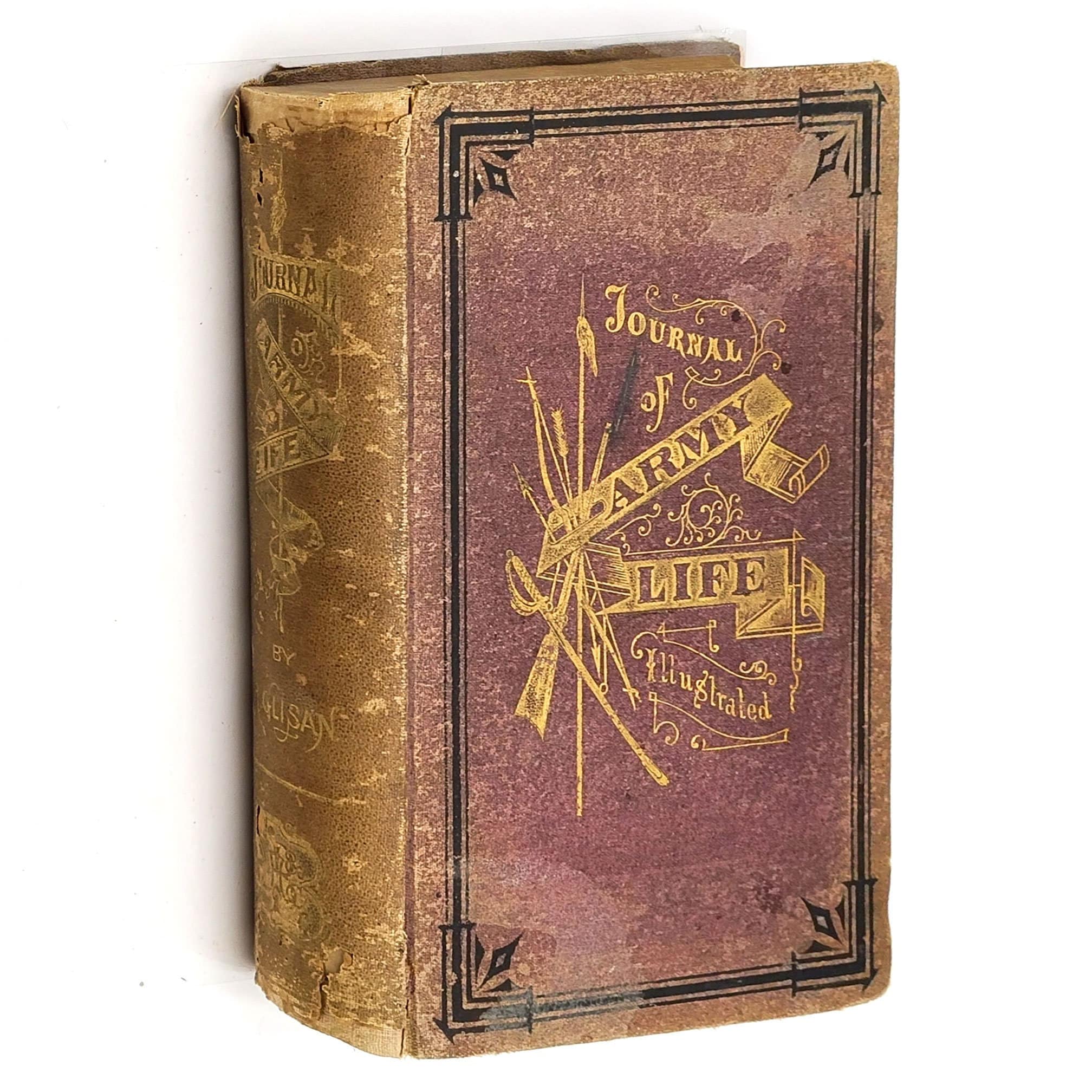 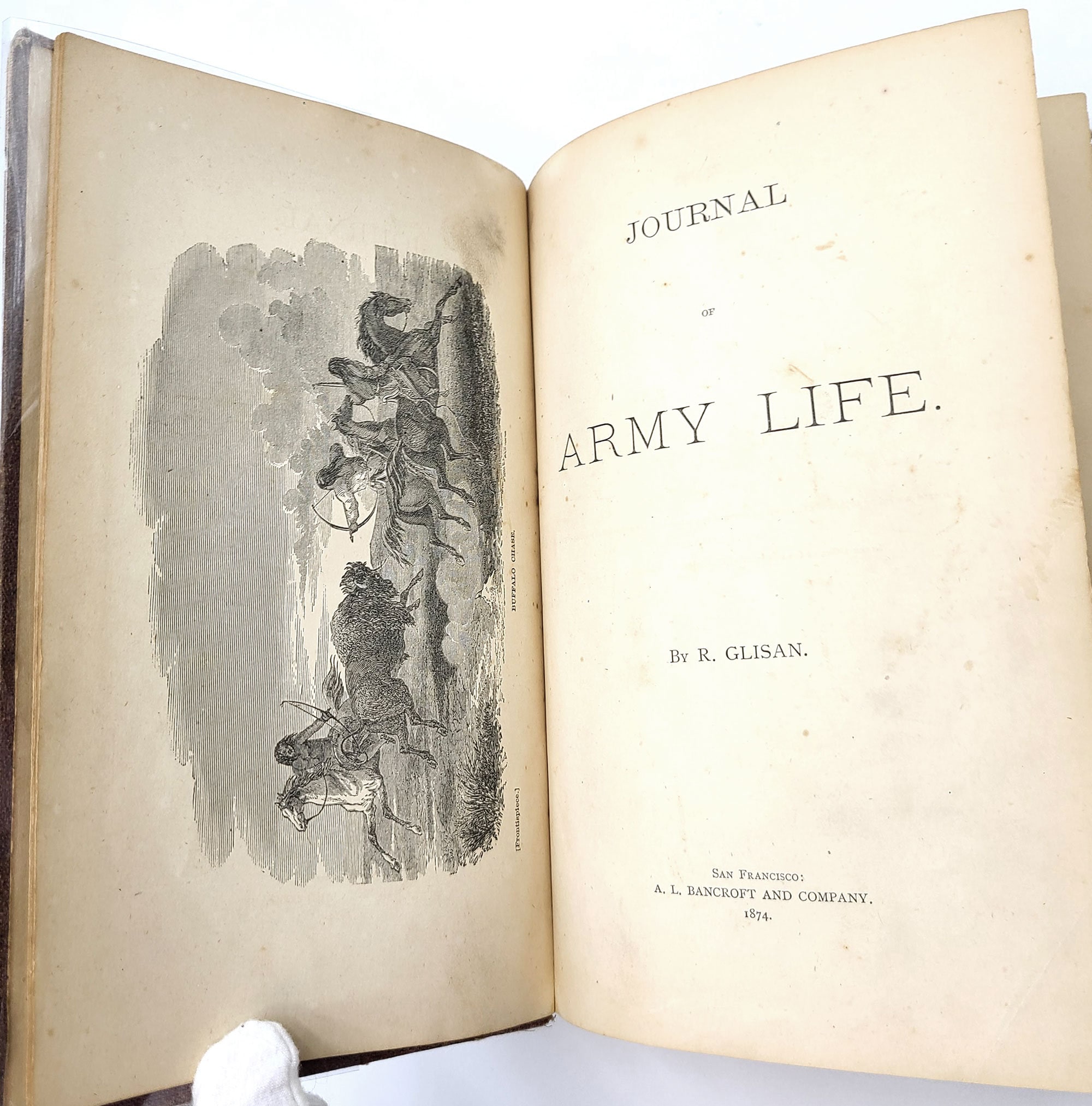 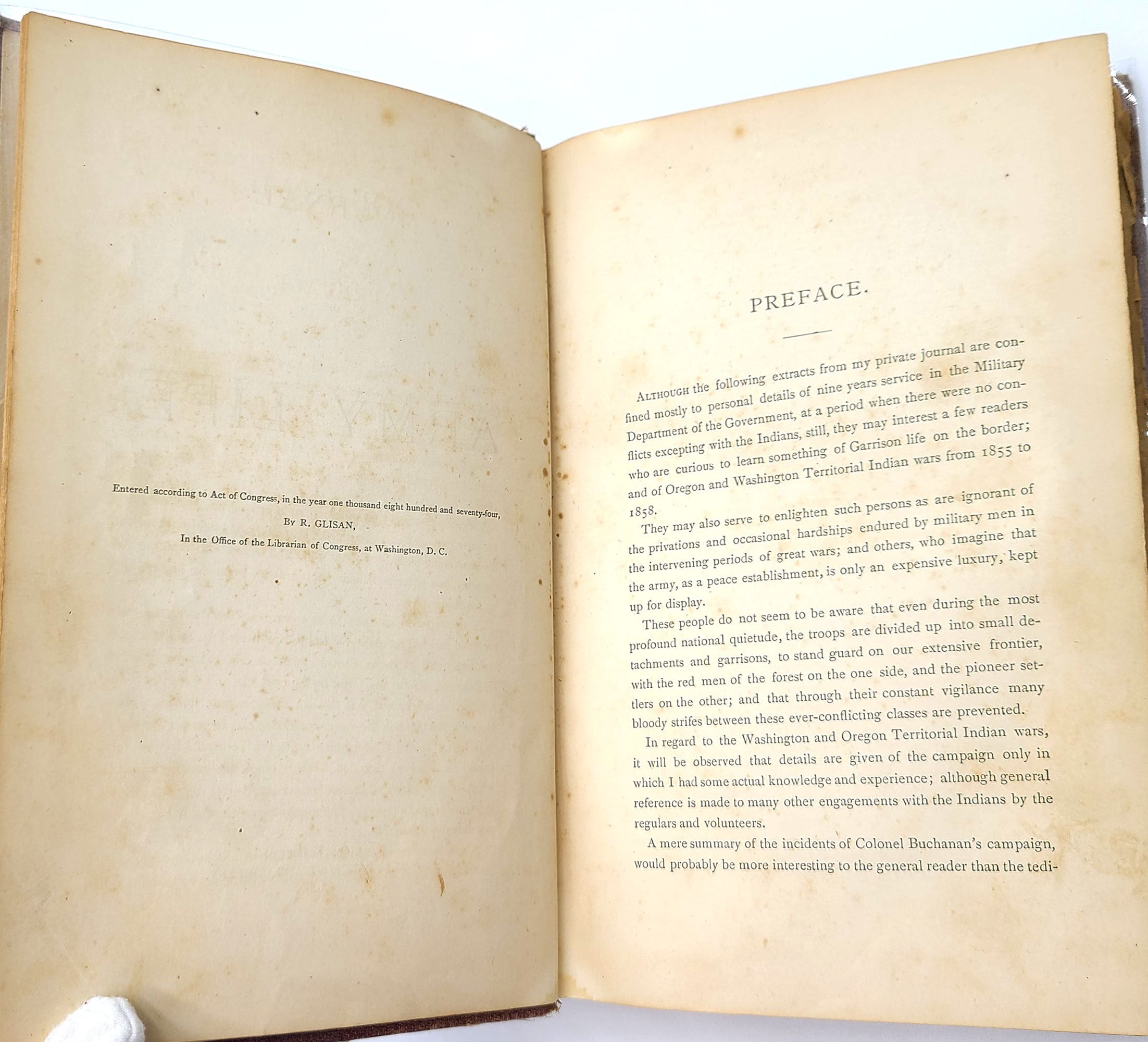 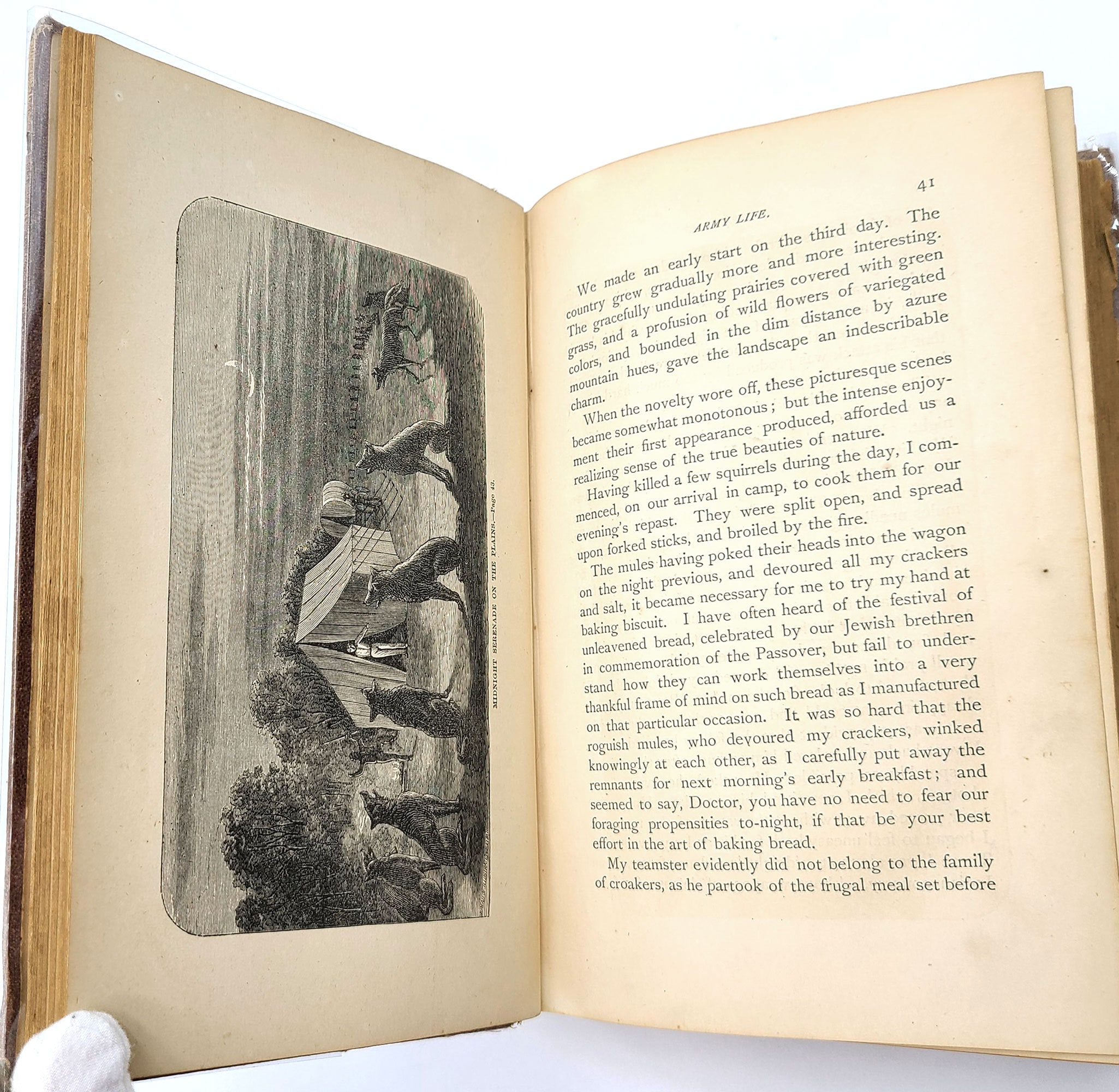 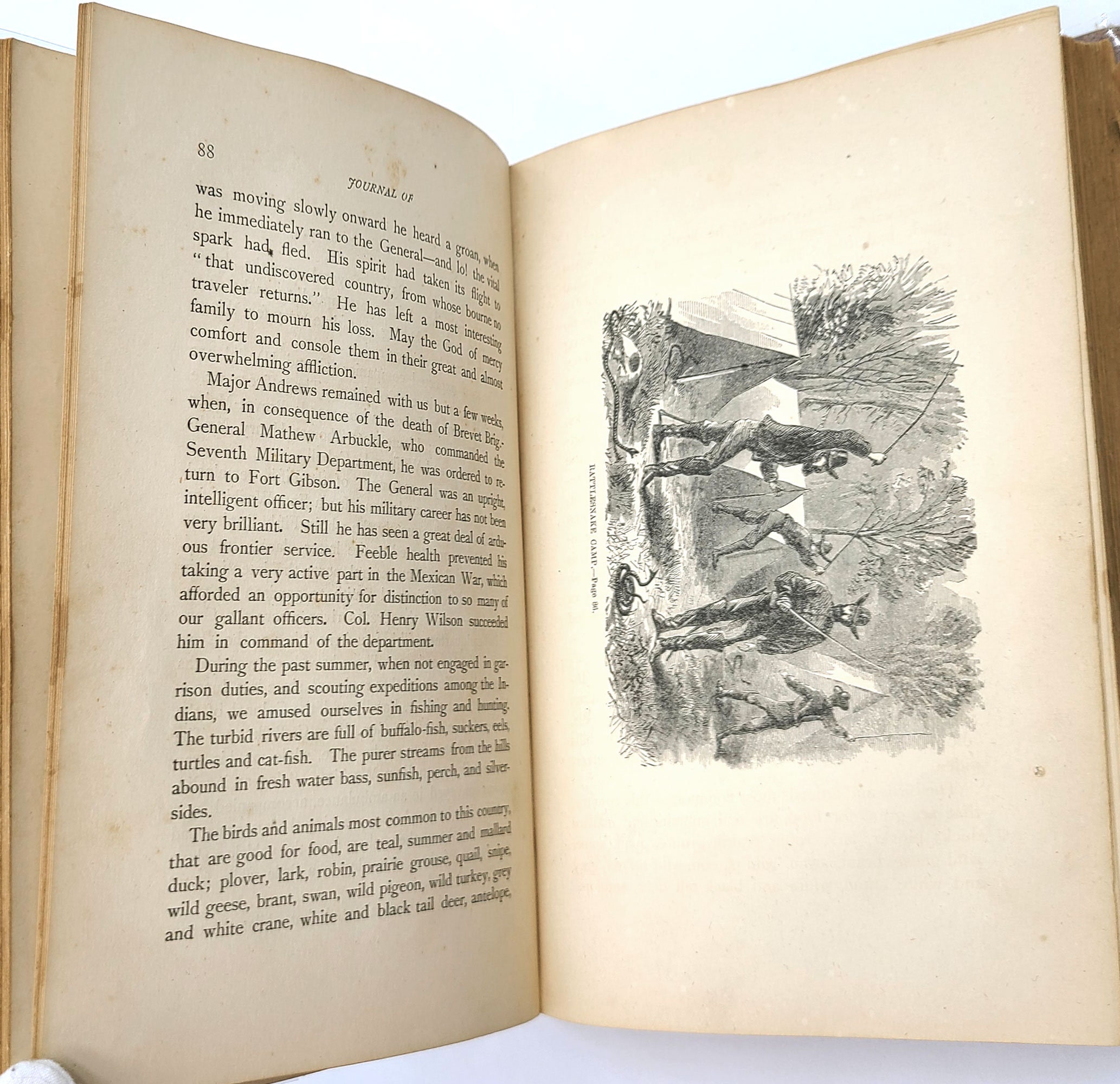 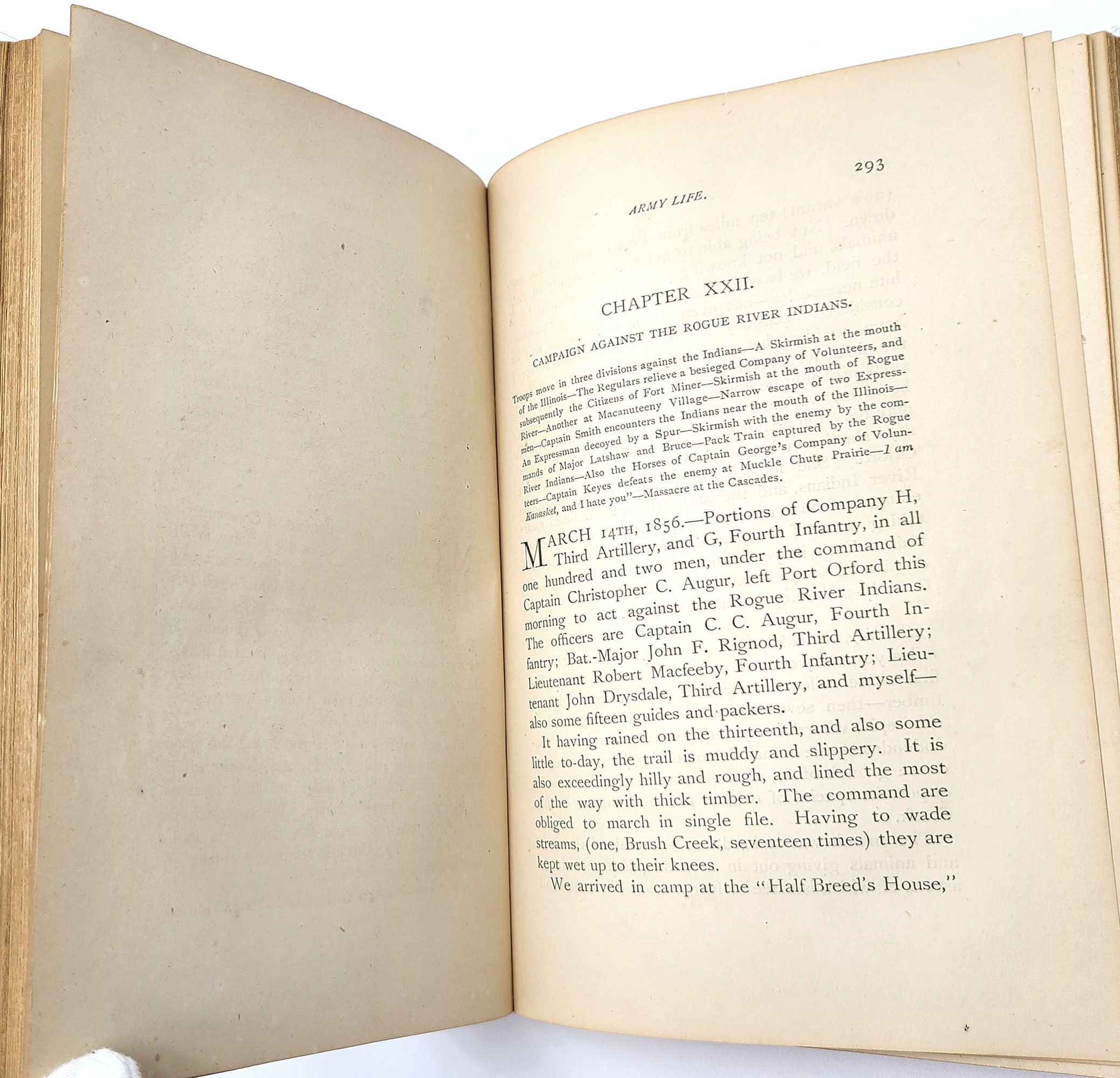 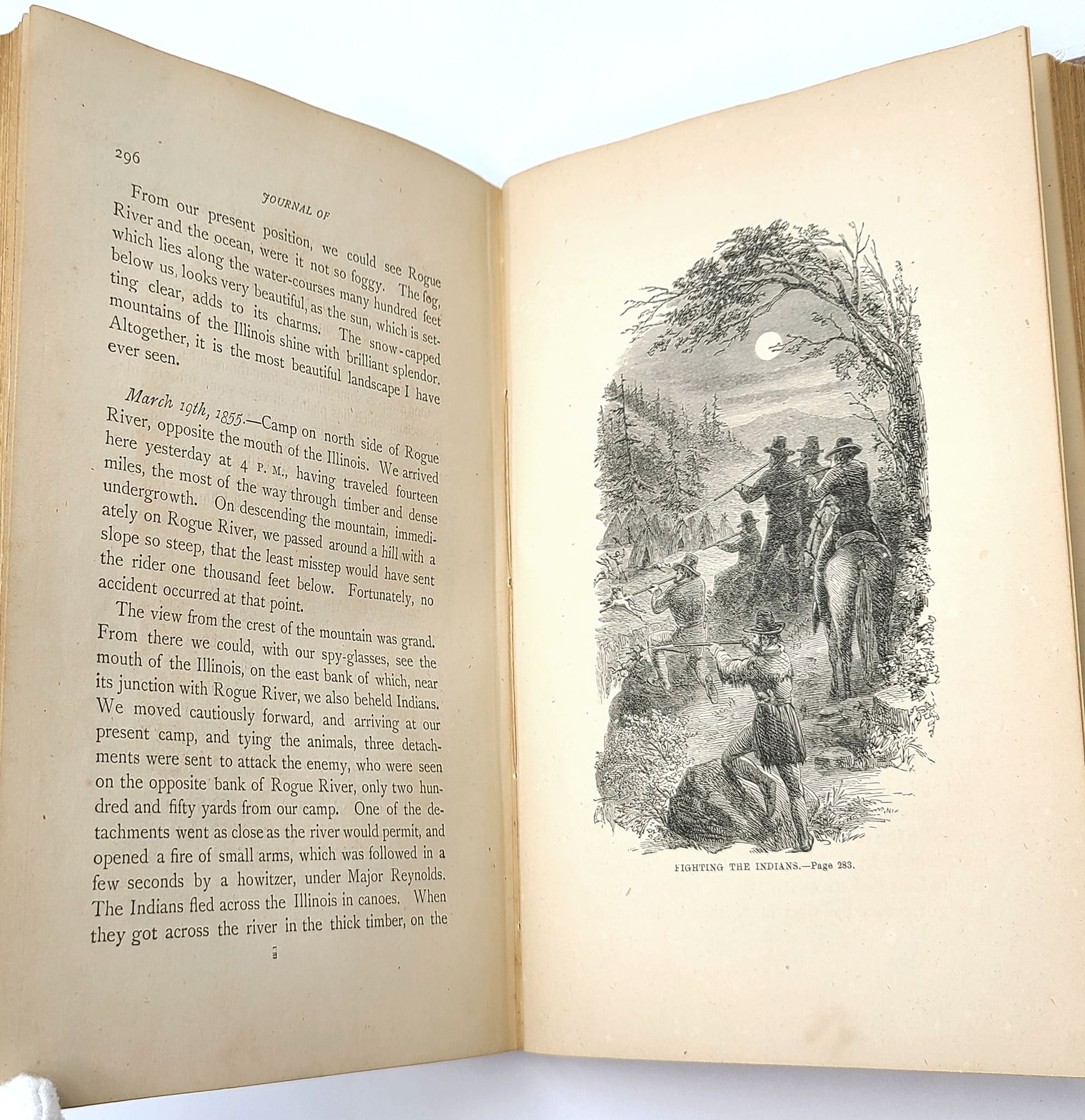 Description: First Edition. Boards are worn and soiled; some loss of material at spine ends. Twenty-one illustrations on plates, including frontispiece, plus a fold-out chart of meteorological data at the rear. xi, 511 pages. 8vo. Placed in an archival mylar sleeve.

Military and medical memoirs of Dr. Rodney Lawrence Glisan (1827-1890), who served on the frontier with the U.S. Army and was well known as a medical authority in the 19th century. The narrative, which is often drawn from his journals, mainly chronicles his eleven years of service (1849-1861) during the Indian Wars. Quite a bit of material from time in the Oregon Territory, California, and the Indian Territory (Oklahoma), as well as Arkansas and the Washington Territory.