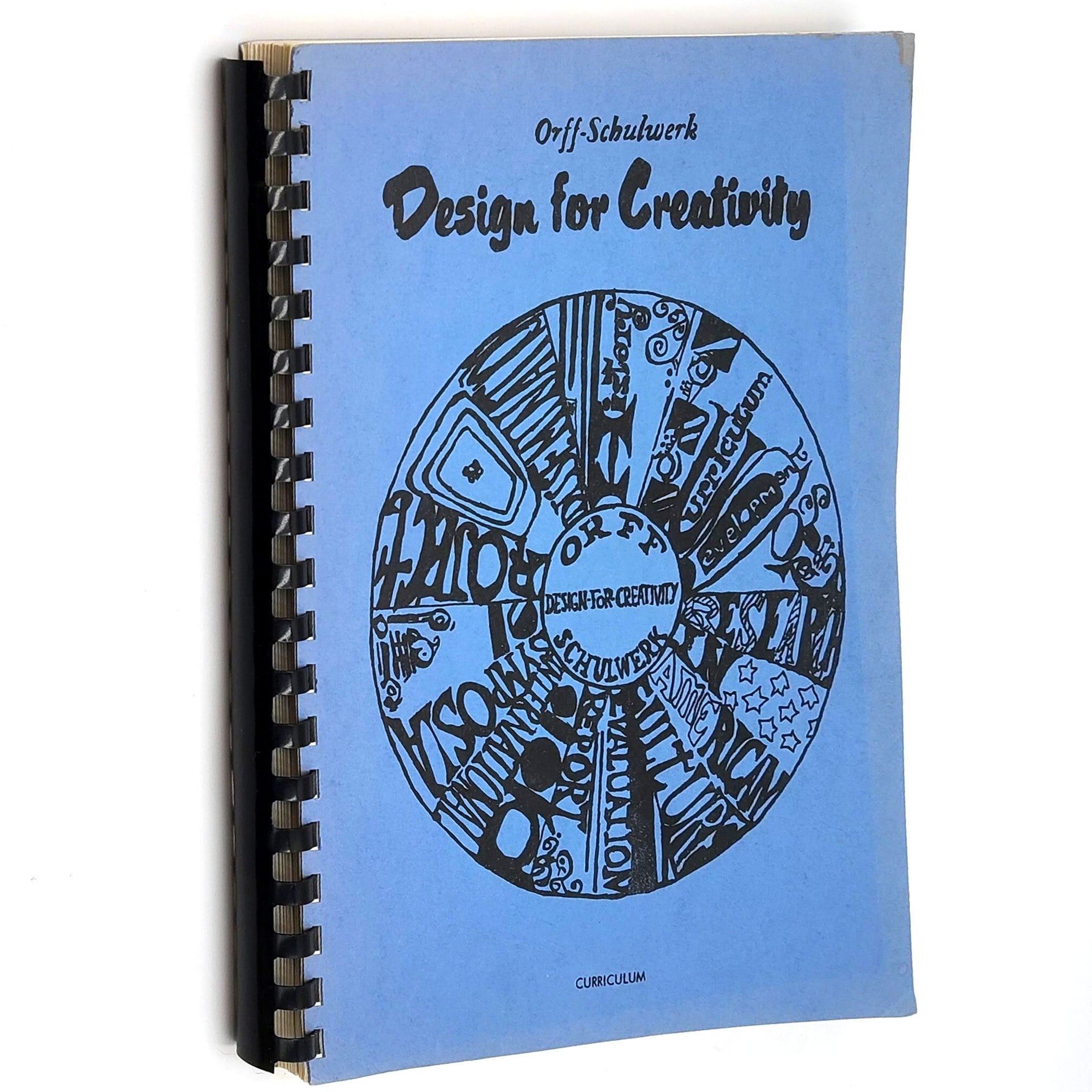 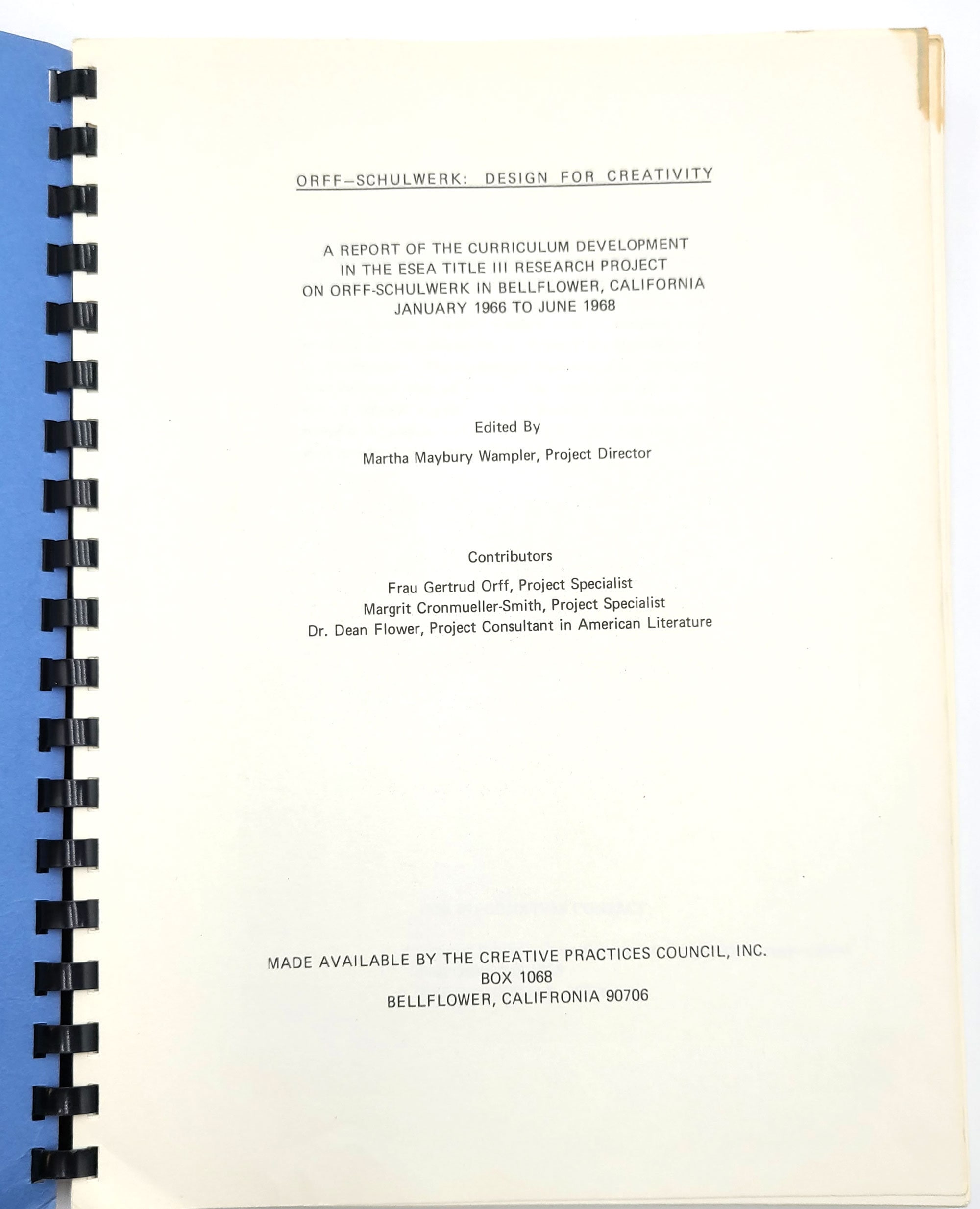 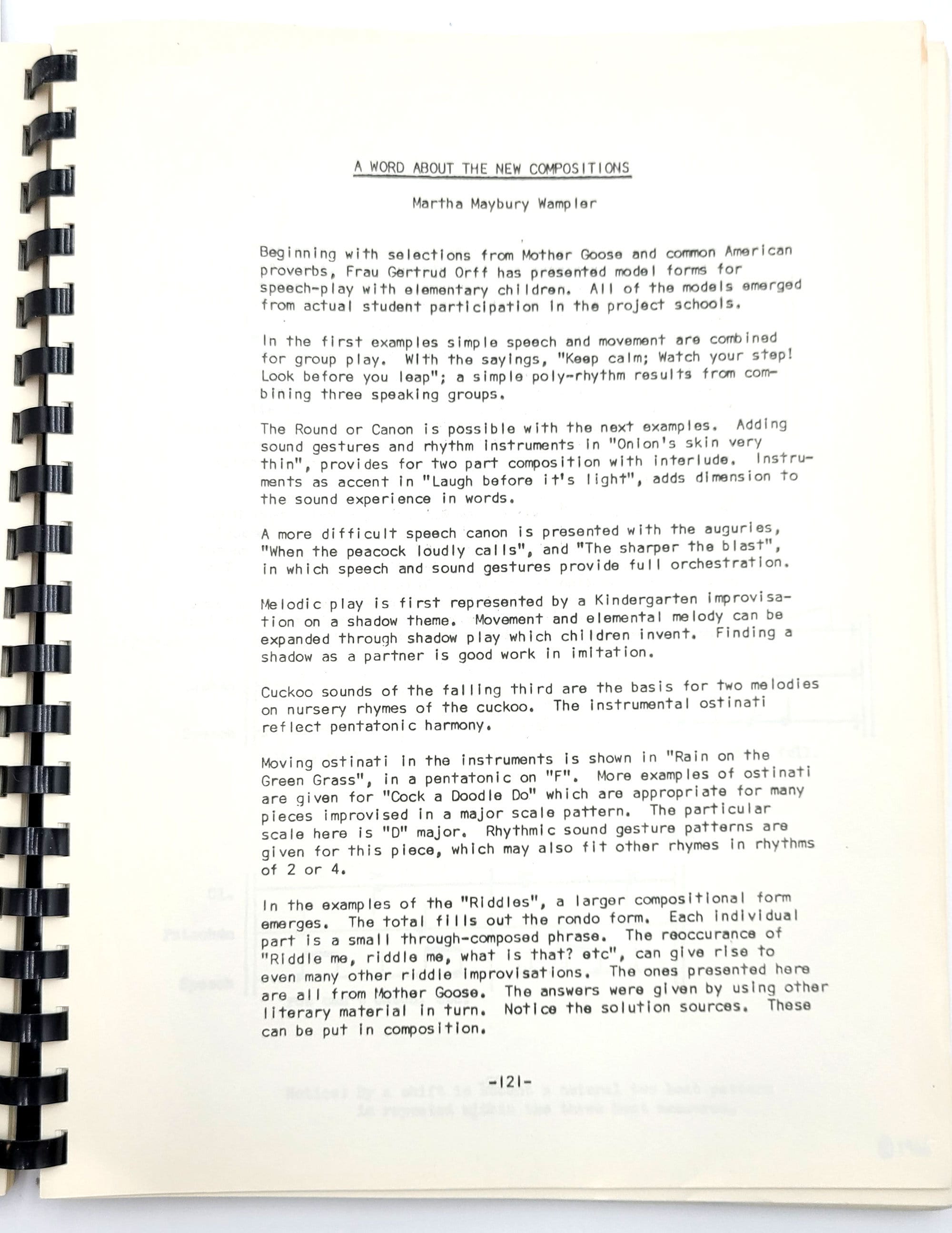 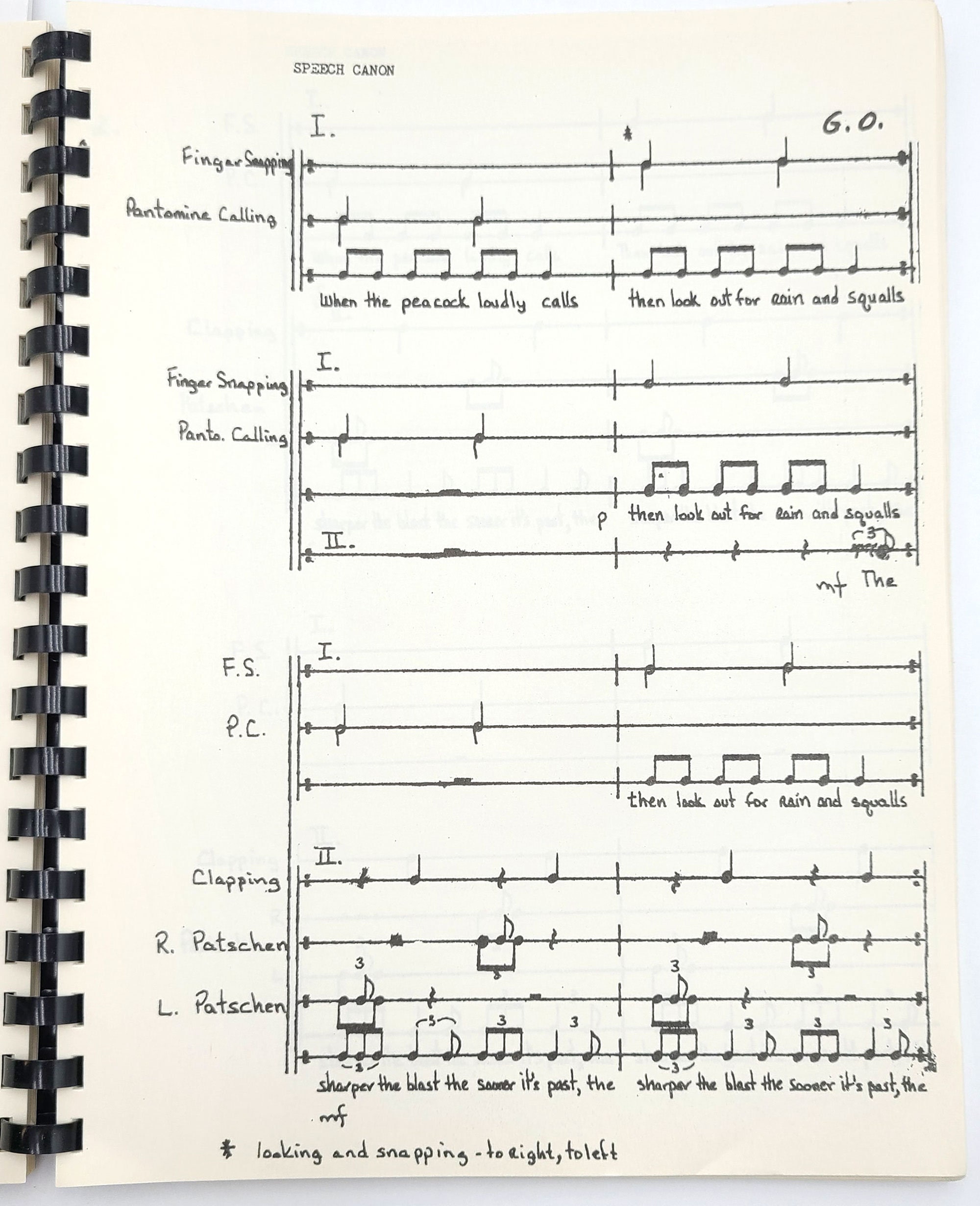 Description: Comb-bound in card covers. Shows a bit of soiling along the top edge of the covers, and top right corner of the text block. The interior is unmarked and, aside from the minor corner dampstains on the first two leaves, is clean. pp. [2], 49-177, [11]. 11 x 8.5 inches.

The curriculum portion of the ''Orff-Schulwerk: design for creativity'' federal research project in Bellflower, California, January 1966 to June 1968.

The preface states, ''In making this curriculum section available to parents and teachers, Creative Practices Council seeks to stimulate new practices of Orff-Schulwerk far beyond the boundaries of music education. The exploration represented in this report have indicated that all areas of the curriculum can be enhanced through a celebration of learning. Orff-Schulwerk provides the musical and poetic basis for extending facts and ideas into fresh and original expression.''

Gertrud Orff (1914-2000) was a German music therapist. She was Carl Orff's first student and his second wife, and faculty member at the original Gunther School Orff-Schulwerk in Munich. Martha Maybury Wampler (1928-2009) studied at the Orff-Institute, Mozarteum, Salzburg in 1963-1964 and at the Hochschule fur Musik in Munich in 1964-1965. She worked as an Elementary Instrumental Teacher in Bellflower and was instrumental in introducing the Orff-Schulwerk in the United States.

Margit Cronmueller-Smith (1940-2004) was trained in classical piano and cello at the Mozarteum School of Music in Salzburg and was a faculty member at the Orff-lnstitut. She later became an authority on the musical traditions of the West African kora. Dean Flower was a professor of literature at University of Southern California.