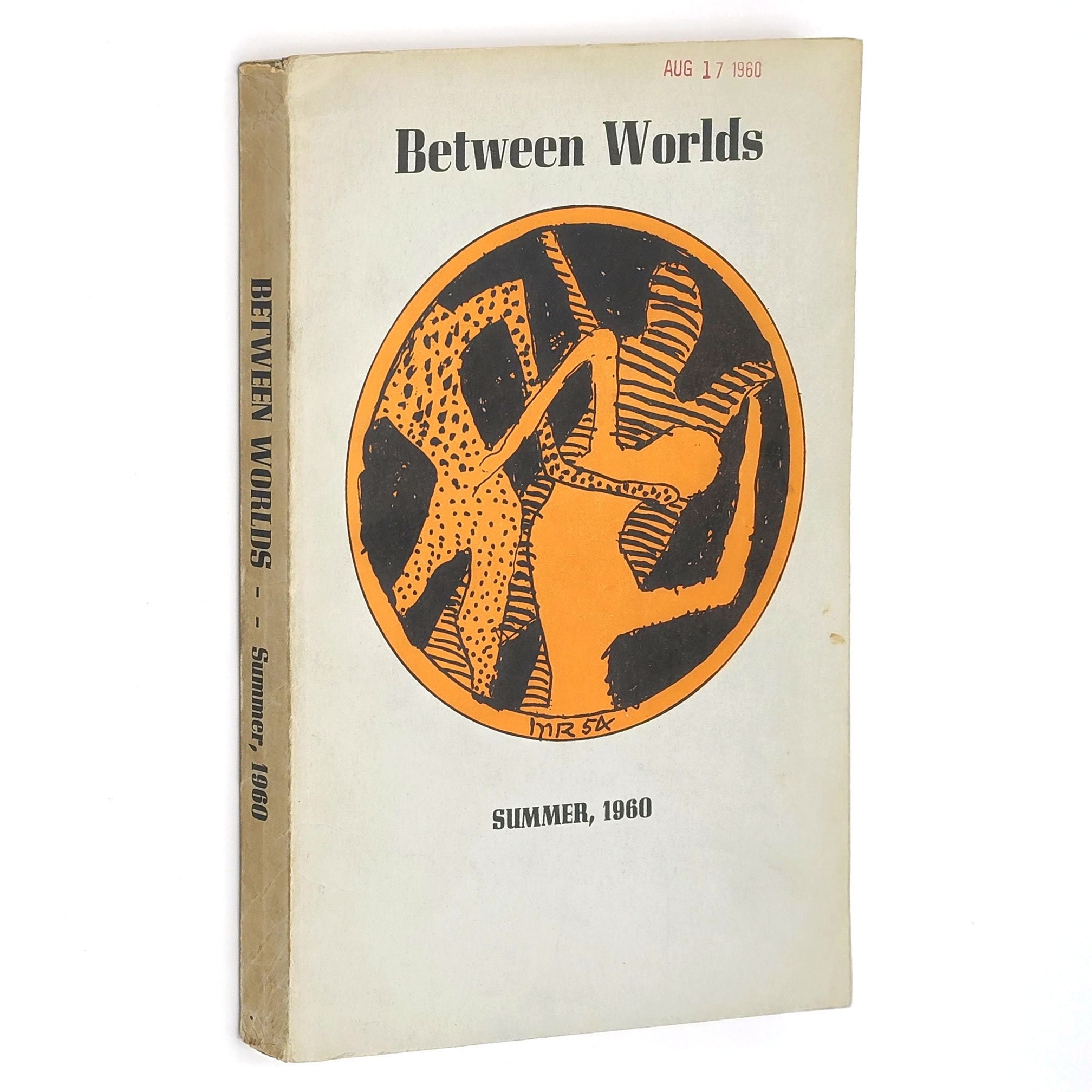 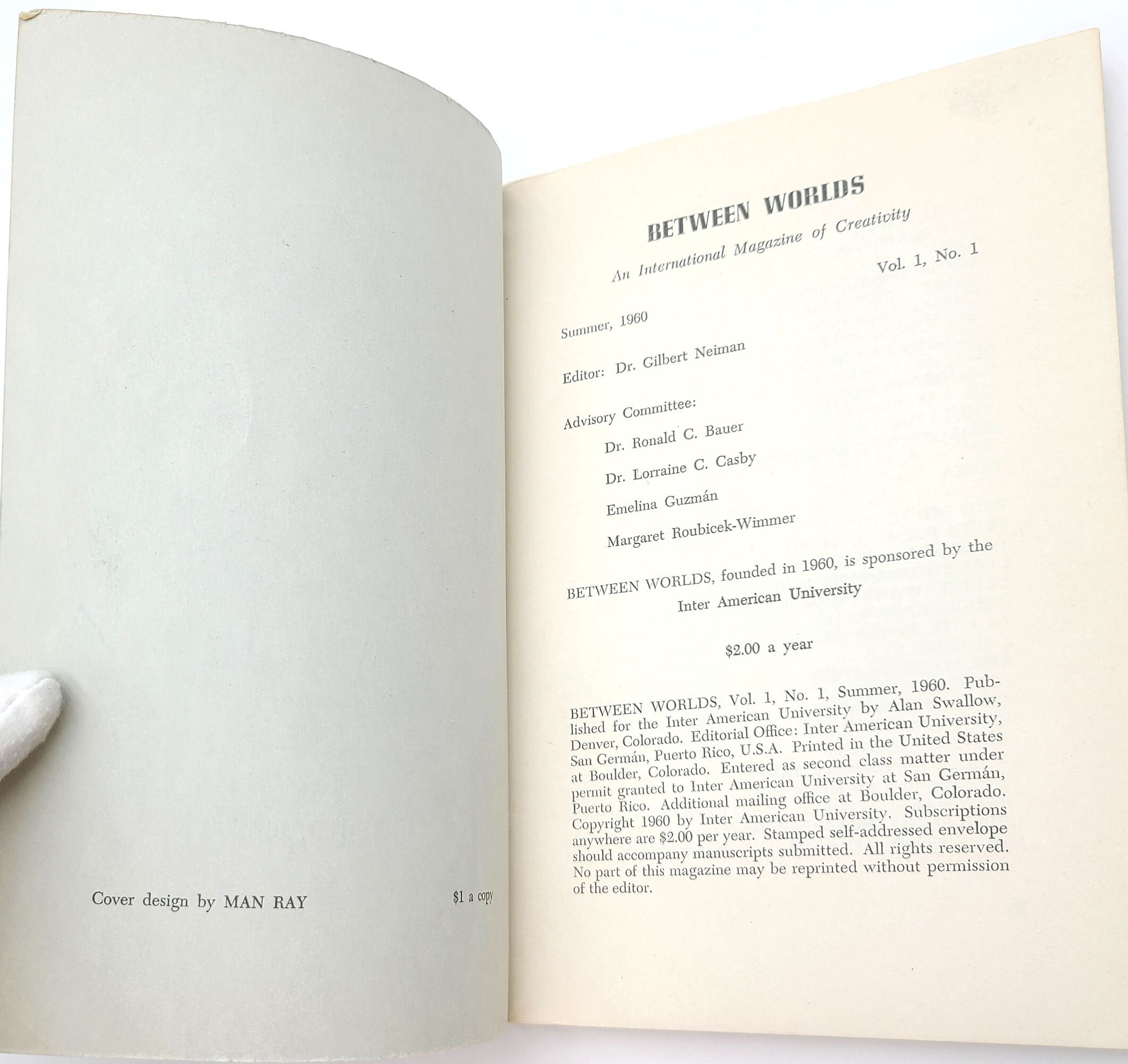 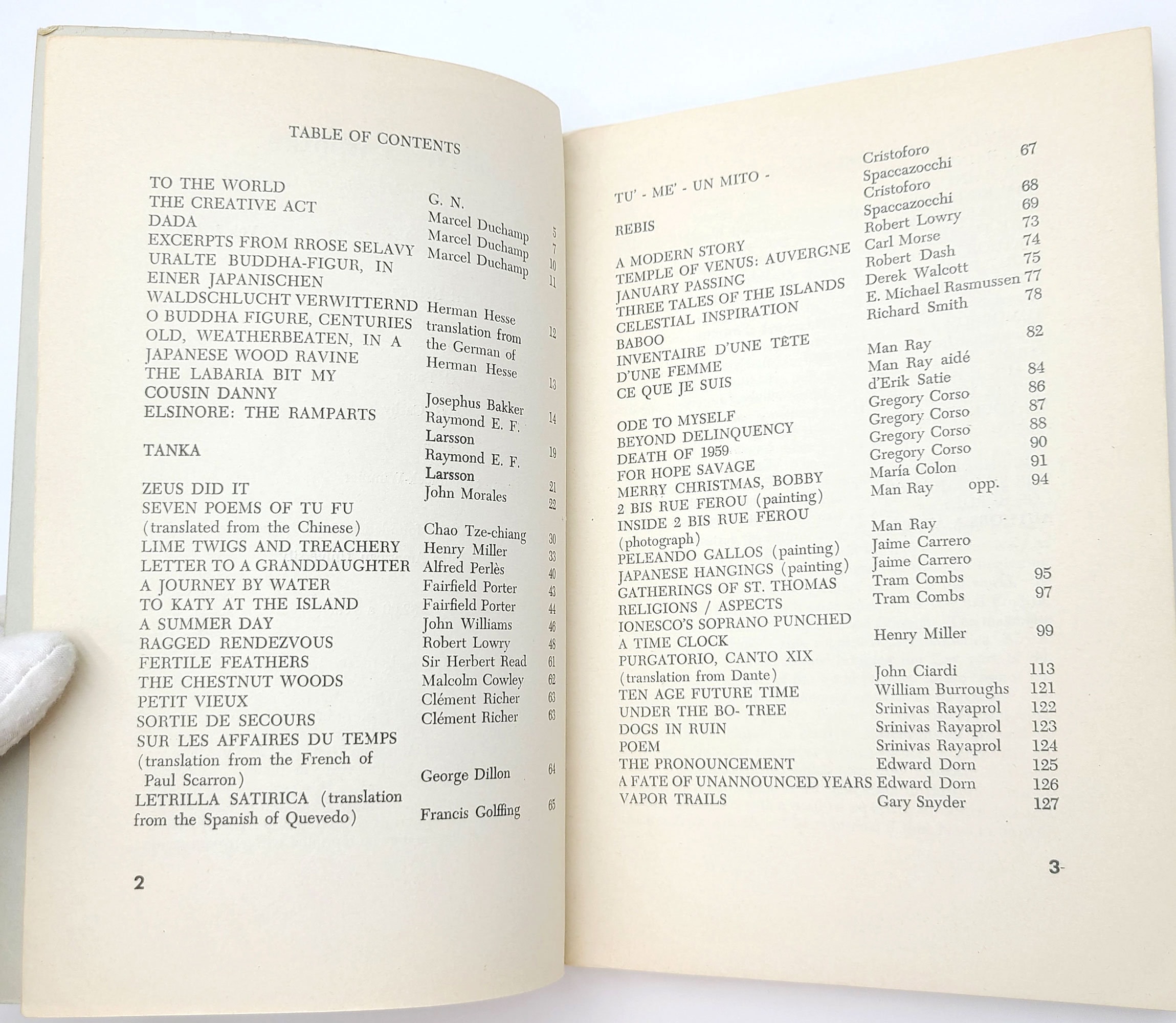 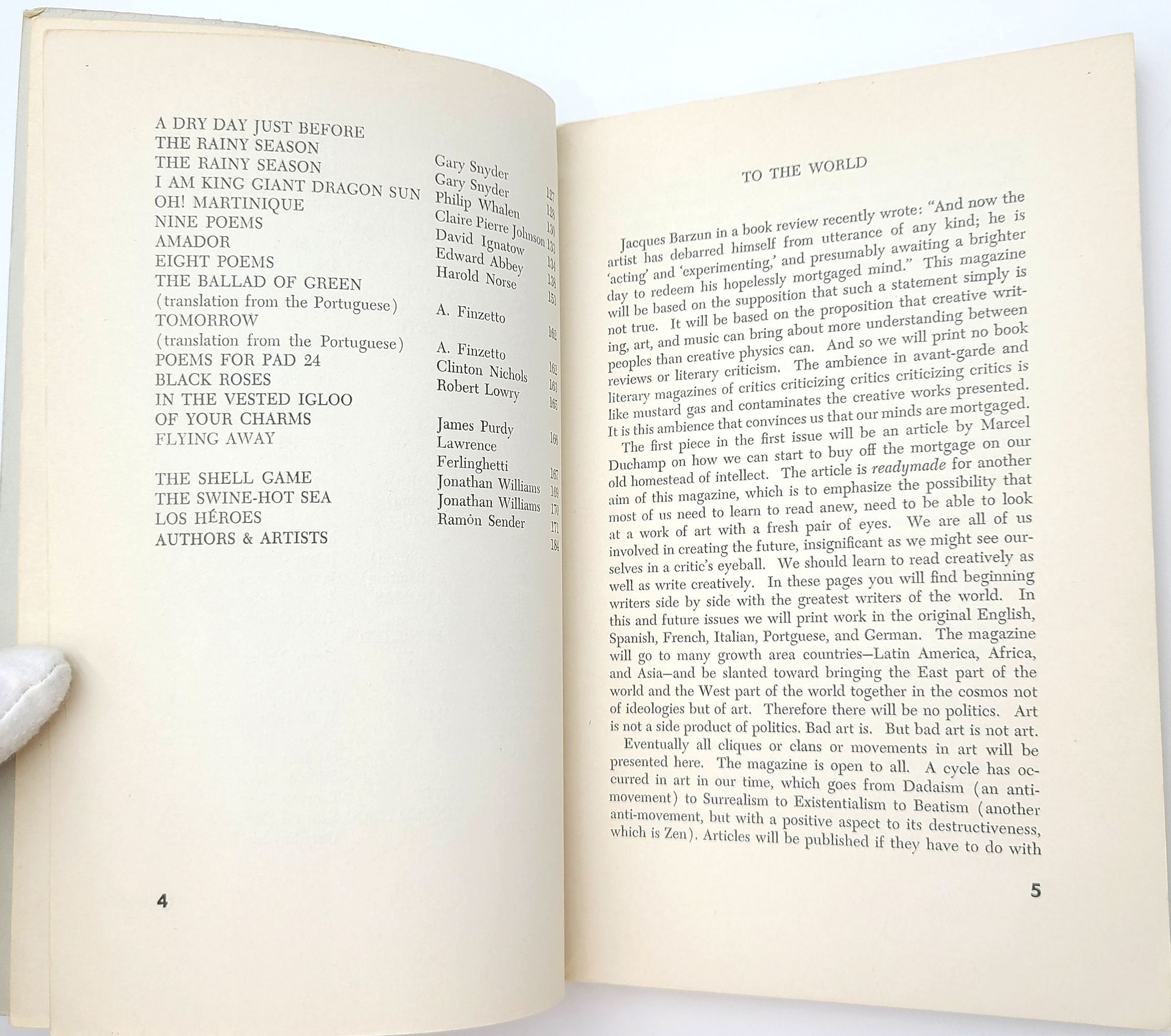 Description: Printed wraps. Covers show some light general age; a bit of wear at spine ends; front cover has a small spot of soiling near the fore-edge and a received date (Aug 17 1960) is rubber-stamped along the top edge. Interior is clean and unmarked. Original order form tipped in at rear. Cover art by Man Ray. Two plates with full-page illustrations of art by Man Ray and Jaime Carrero. 189 pages. Placed in an archival mylar sleeve.

Between Worlds was edited by Dr. Gilbert Neiman (1912-1977). Henry Miller lived with the Neimans in Los Angeles in 1942 and later, Neiman would write his doctoral dissertation on Miller, earning his Ph.D. at the University of New Mexico ('59). While at UNM, he befriended Edward Abbey, one of his classmates. In 1960, he became the Director of the Creative Writing Program at the Inter American University in Puerto Rico and from 1963 on, was Professor of English at Clarion State College, Clarion, Pennsylvania.