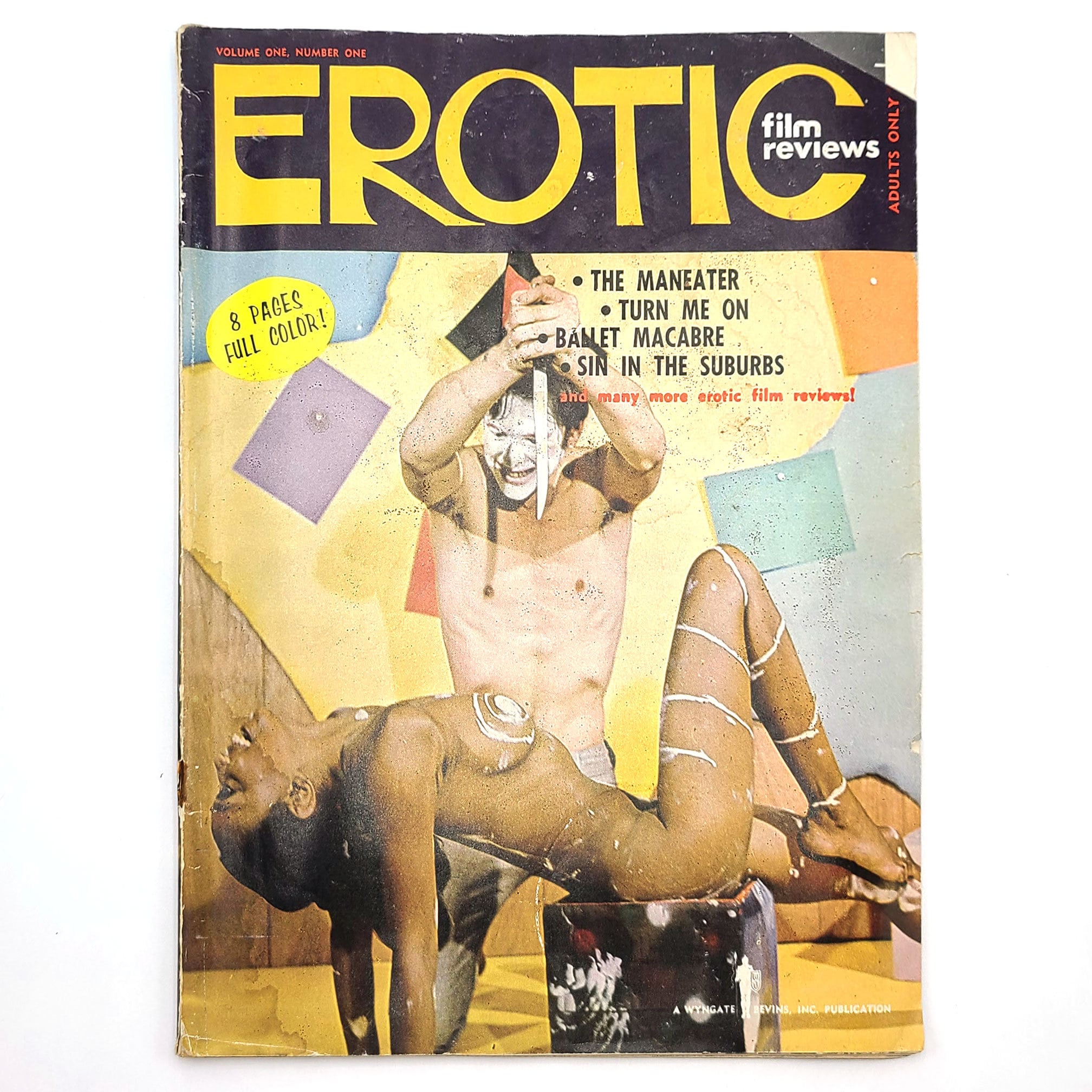 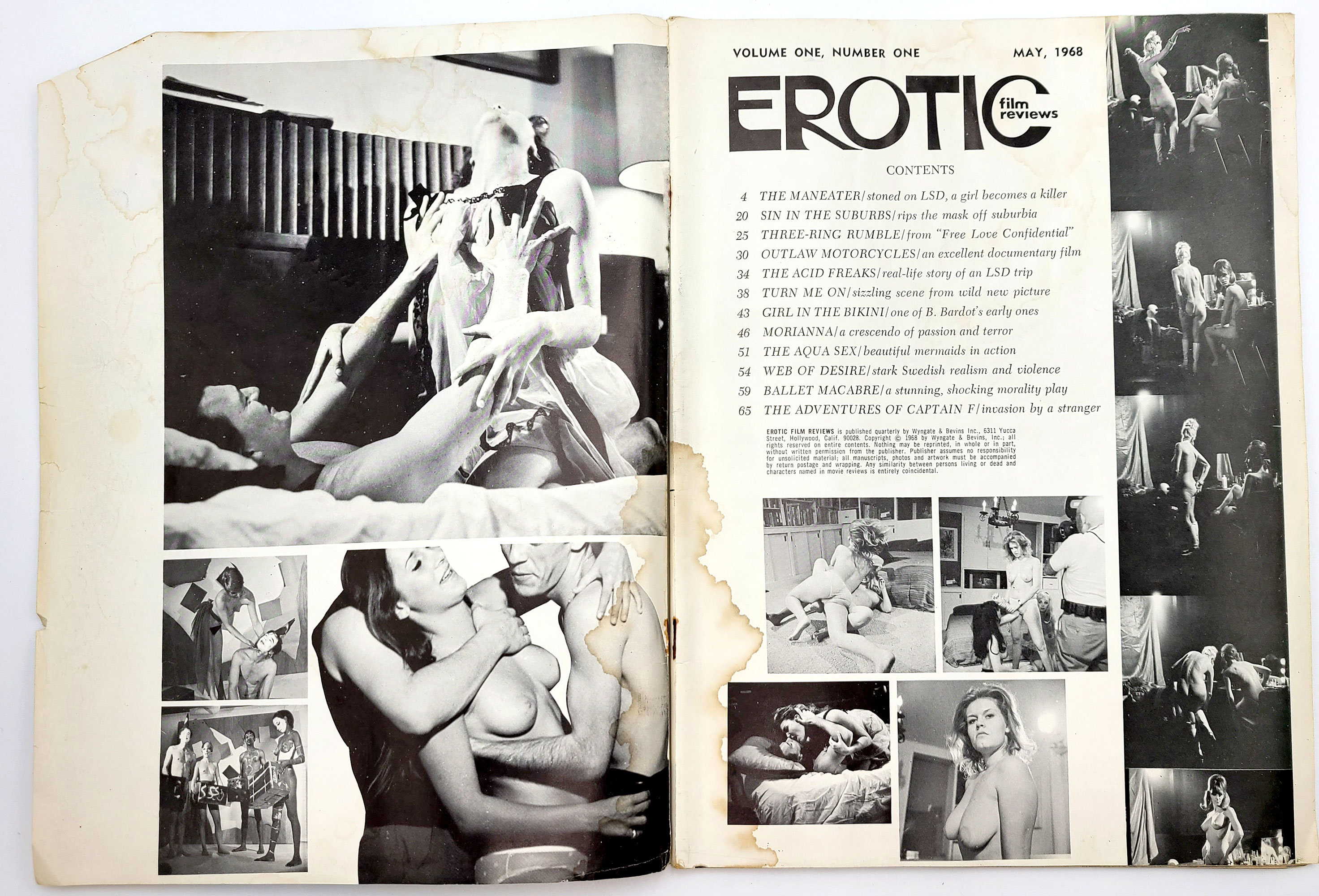 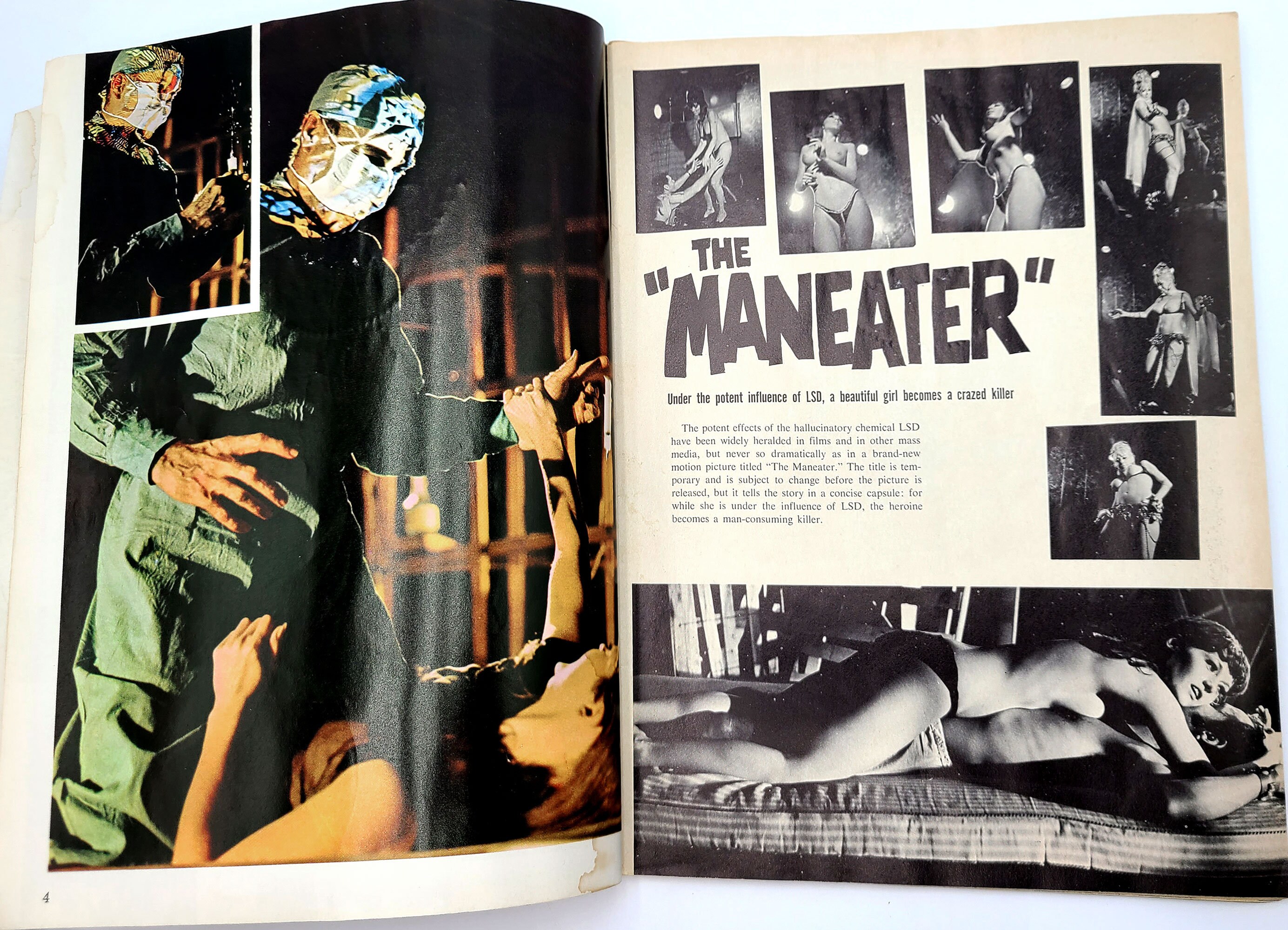 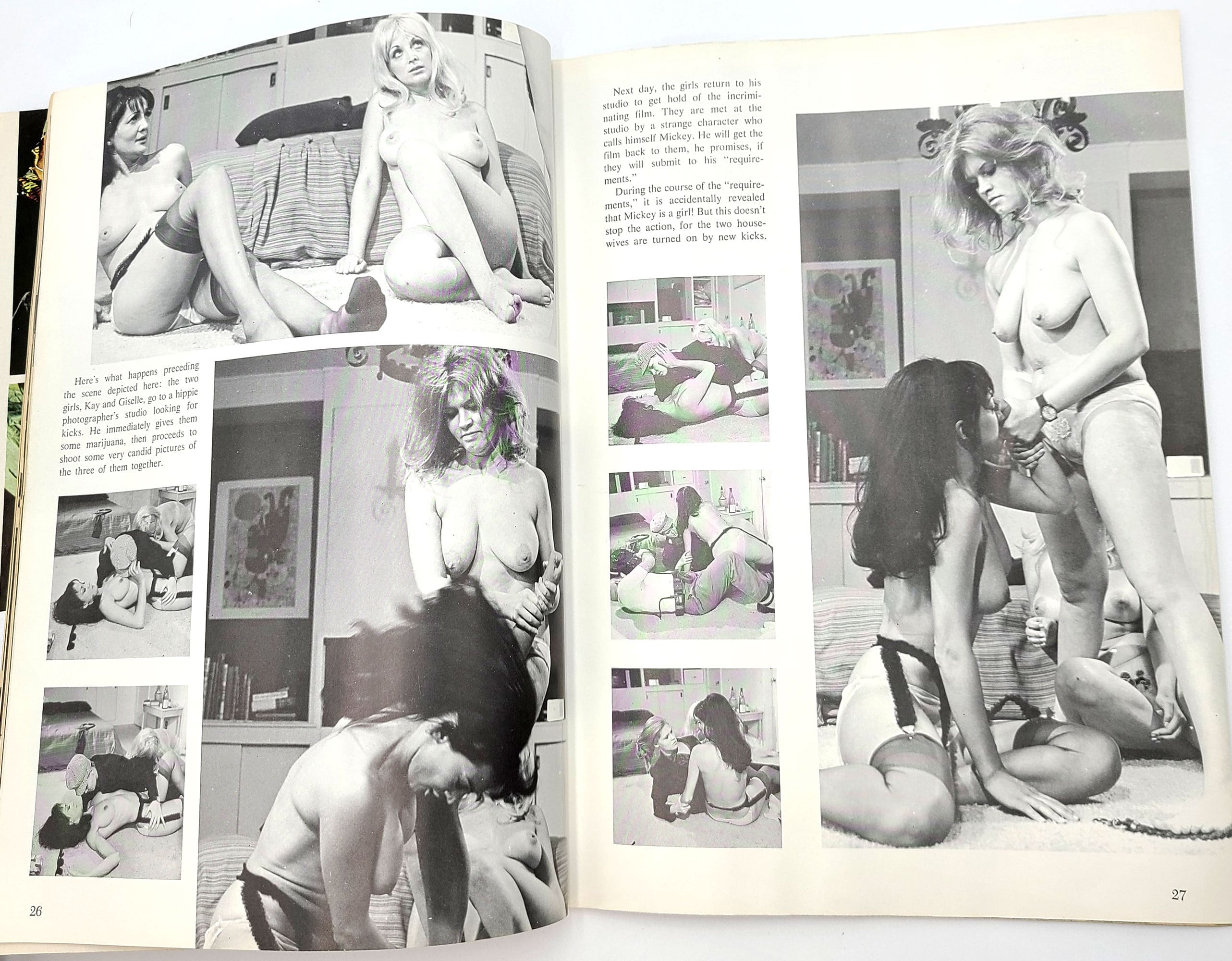 - The Maneater (stoned on LSD, a girl becomes a killer).
- Sin in the Suburbs (rips the mask off suburbia).
- Three-Ring Rumble (from ''Free Love Confidential'').
- Outlaw Motorcycles (an excellent documentary film).
- The Acid Freaks (real-life story of an LSD trip).
- Turn Me On (sizzling scene from wild new picture).
- Girl in the Bikini (one of B. Bardot's early ones).
- Morianna (a crescendo of passion and terror).
- The Aqua Sex (beautiful mermaids in action).
- Web of Desire (stark Swedish realism and violence).
- Ballet Macabre (a stunning, shocking morality play).
- The Adventures of Captain F (invasion by a stranger).