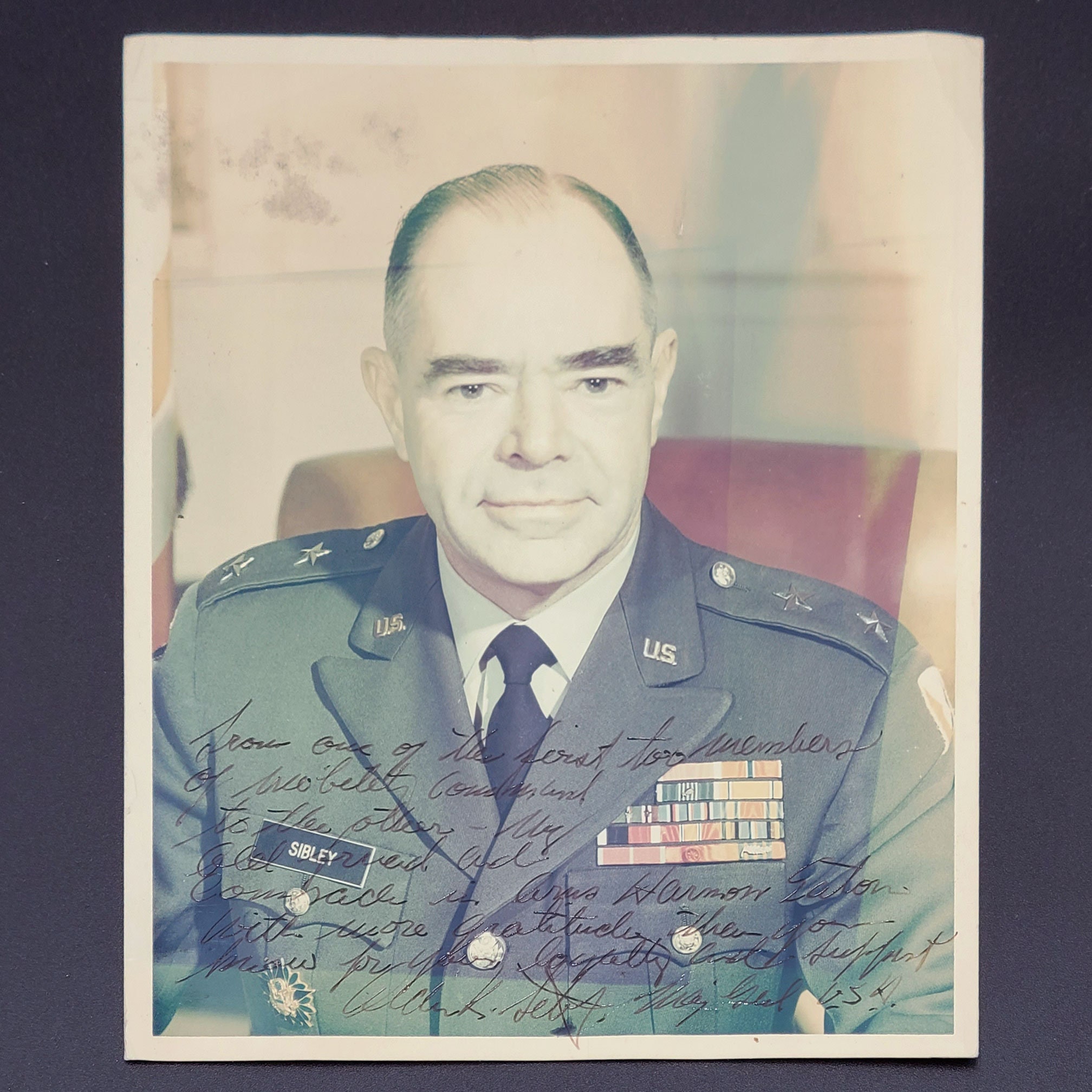 Description: Original, inscribed 10 x 8 inch color portrait photograph of U.S. Army Major General Alden K. Sibley. Some fading and discoloration, emulsion damage in the upper left corner. Warmly inscribed in black pen: ''From one of the first two members / of mobility command / to the other - My / good friend and / comrade in Arms Harmon Eaton. / With more gratitude than you / know for your loyalty and support / Alden K. Sibley, Maj Genl U.S.A.'' The inscription was likely made in the later 1960s.

The Army's Mobility Command was first instituted in August 1962 and charged with complete management responsibility for development and procurement of all Army mobility equipment for operations on land, water, and in the air.

Inscribed to Harmon Levern Eaton (1913-1988), who in the 1950s was in the Technical Services, serving as Special Assistant for Military Supply and Procurement. He retired in Banks, Oregon.