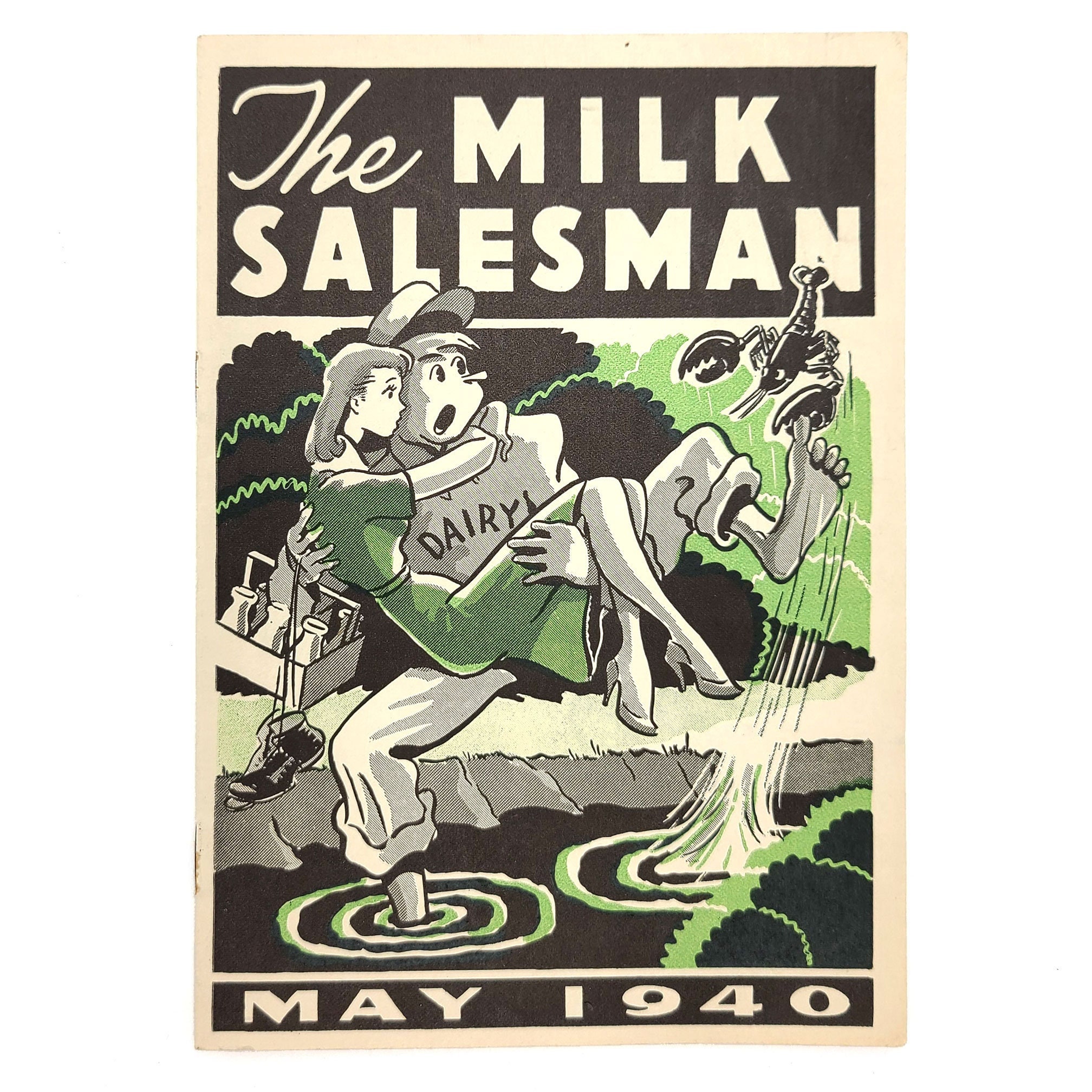 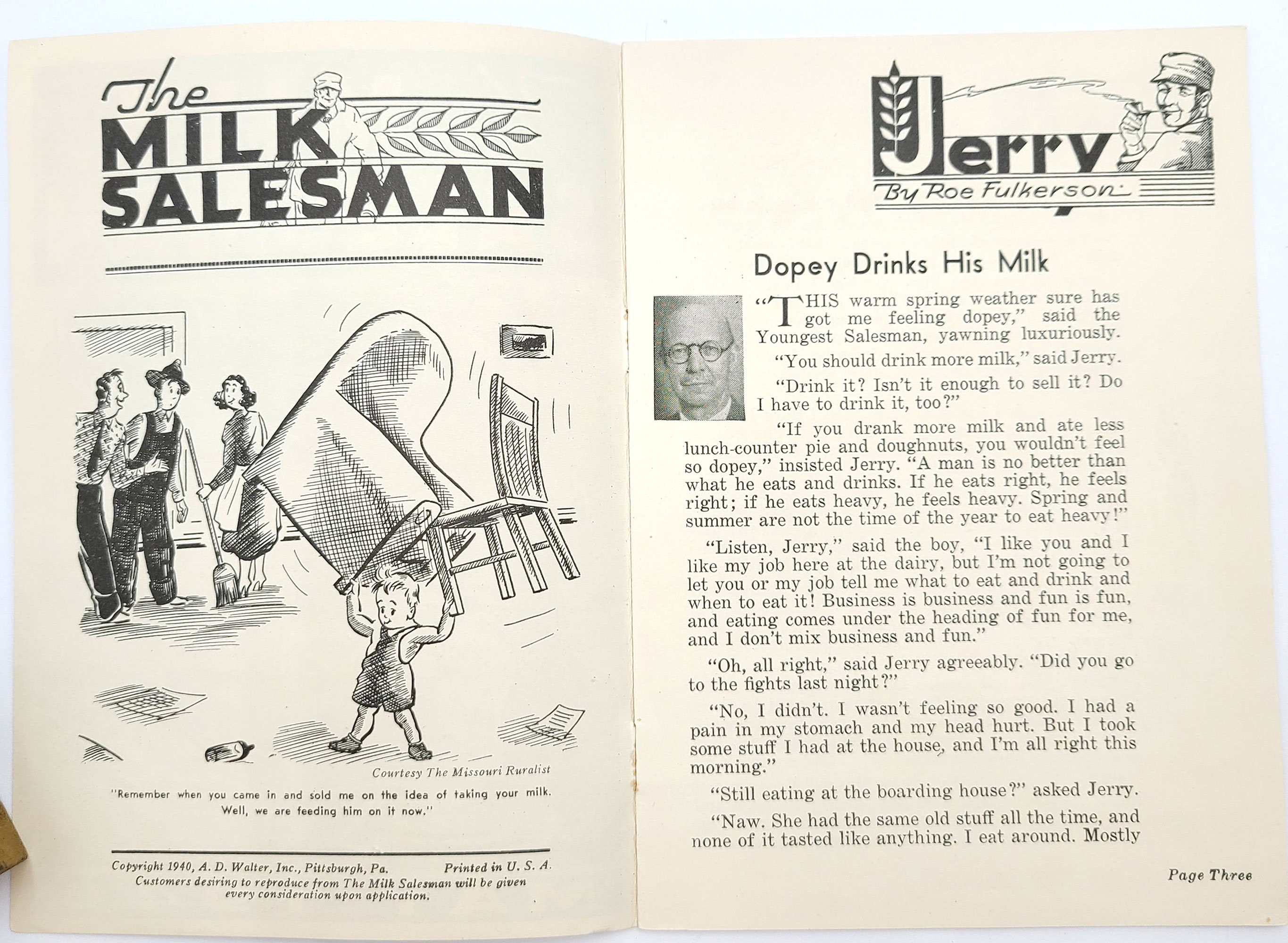 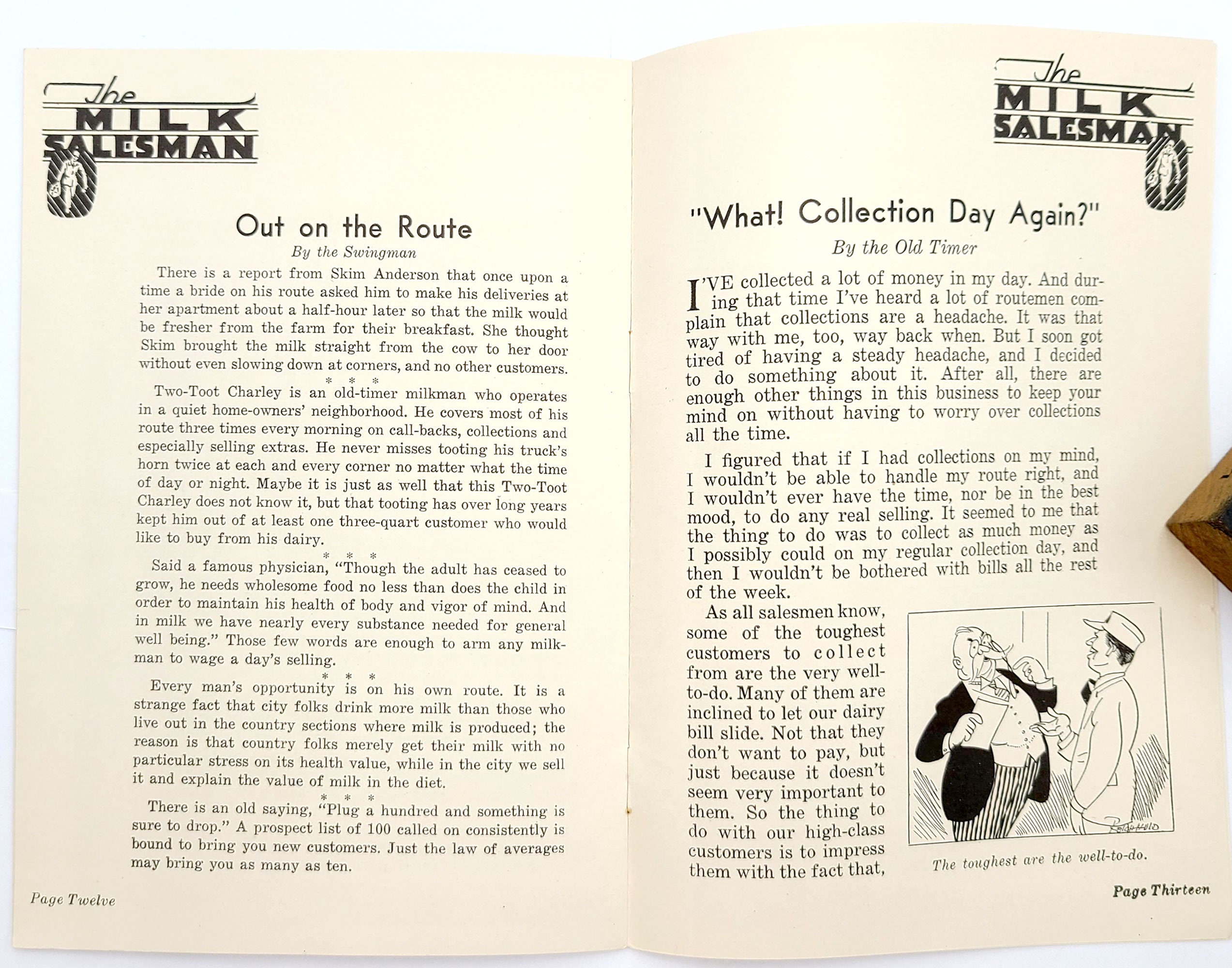 Description: Staple-bound booklet in printed covers. Mild rubbing and a rust mark from a staple on rear cover, else clean. 15, [1] pages. 7 x 5 inches.

A rare piece of trade literature, published for the edification and entertainment of retail milk salesmen. Includes cartoons and humor as well as advise for bill collection and safety while driving delivery routes, and features Roe Fulkerson's short story, ''Dopey Drinks His Milk'' ('If you drank more milk and ate less lunch-counter pie and doughnuts, you wouldn't feel so dopey...').

No copies noted on OCLC. (Only one issue of The Milk Salesman appears to have been preserved in library holdings: Duke University's John W. Hartman Center for Sales, Advertising & Marketing History has the February 1940 issue.)

The Milk Salesman was published by A. D. Walter, Incorporated, of Pittsburgh. According to a 1937 issue of Postage and the Mailbag, The Milk Salesman had been in existence since November 1918. It's publisher, Alexander Dean ''Alex'' Walter (1882-1962), had worked in advertising in Pittsburgh since about 1910 and was for many years the head of his own agency.