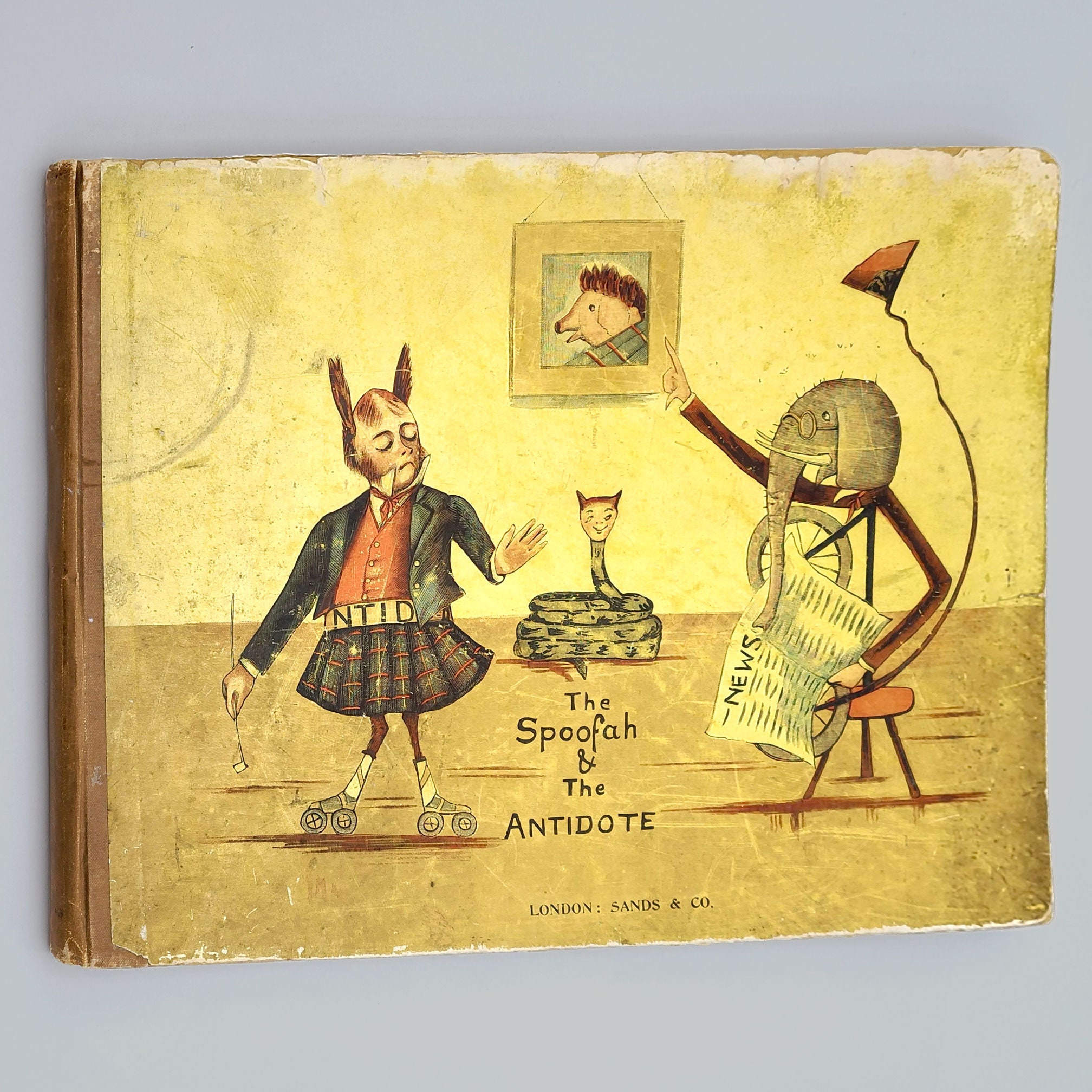 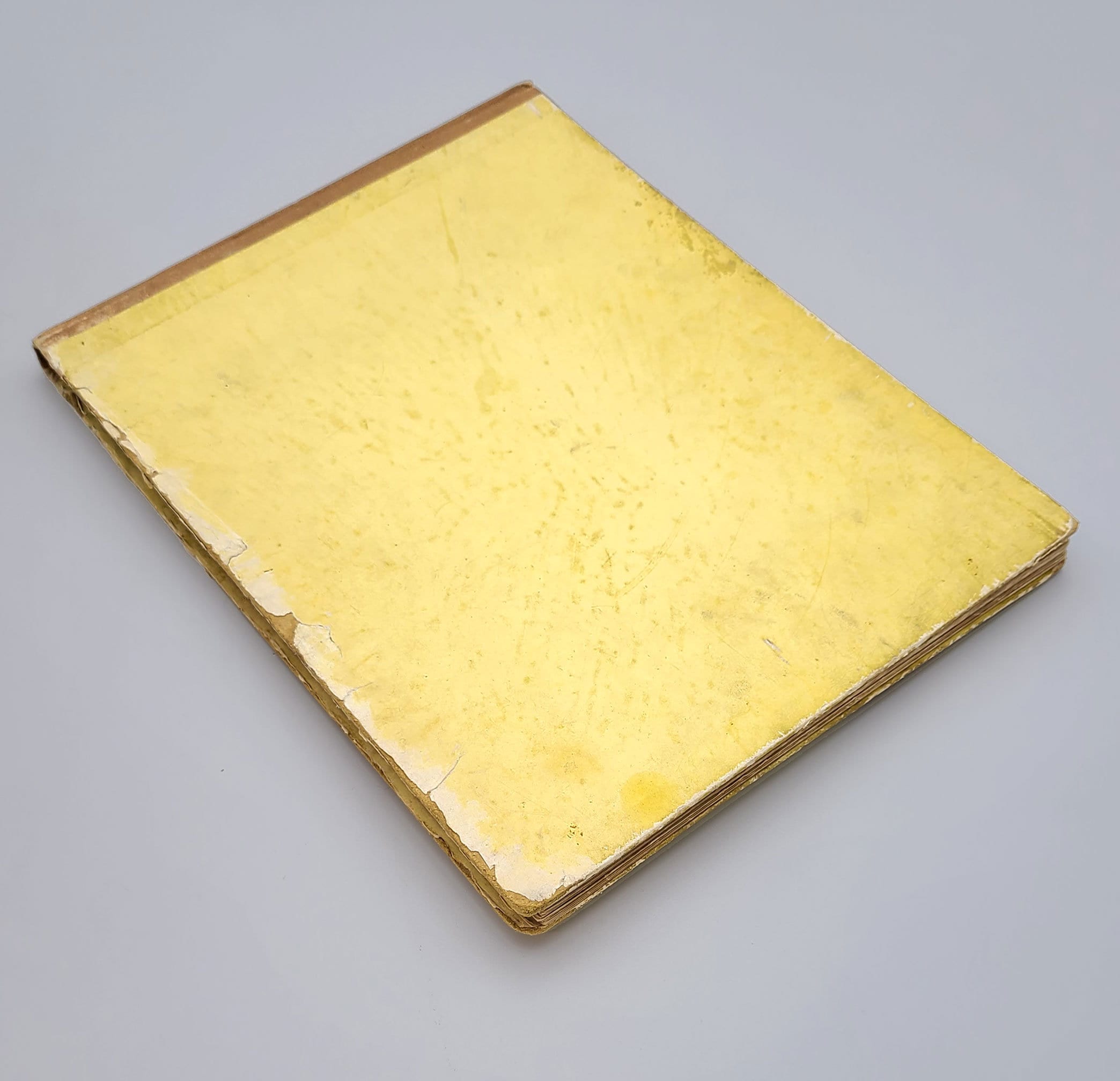 Title: The Spoofah & The Antidote

An unusual and rare, late Victorian children's book. This illustrated fable, told in rhyme, features multiple eccentrically conceived characters. One imagines that the author was very likely raised on the works of Edward Lear and Lewis Carroll. The two main characters, named the Spoofah and the Antidote, are kindly old men who are the best of friends (the Spoofah, although a man in actuality, has the head of an elephant and the body of a bicycle; the Antidote has very long ears and wears roller skates in order to keep up with his wheeled-friend). Together they go on an adventure in order to prove the existence of the Barking Serpent, a creature once encountered by Antidote's Scotch Grandmother.

The Spoofah & The Antidote was briefly reviewed in the British literary magazine Black & White, in its December 1898 supplement as ''nonsense run mad... The creatures conceived and presented here are not funny; they are merely hideous, and will, we should say, terrify more children than they will amuse.'' Despite this review, the story is both amusing and clever. Both the story and illustrations are skillfully executed and hold a unique and quirky charm.

The author Leila Trapmann (1871-1957) was born in Sunbury-on-Thames to German-American plantation owners from Charleston, South Carolina. She married a German diplomat and politician in 1900 and they lived in Bad Homburg and Berlin. The German Emperor, Kaiser Wilhelm II was the godfather of their first child.