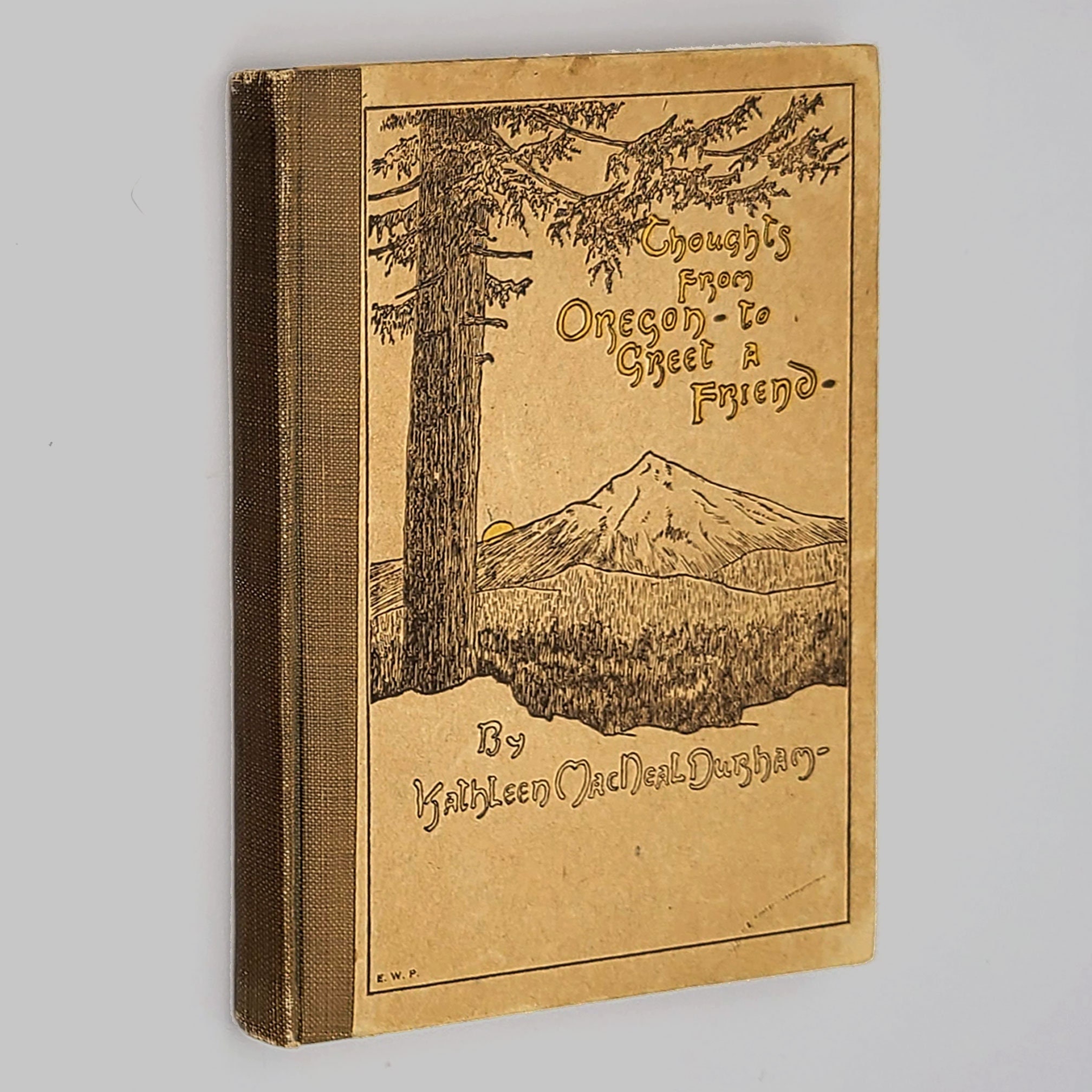 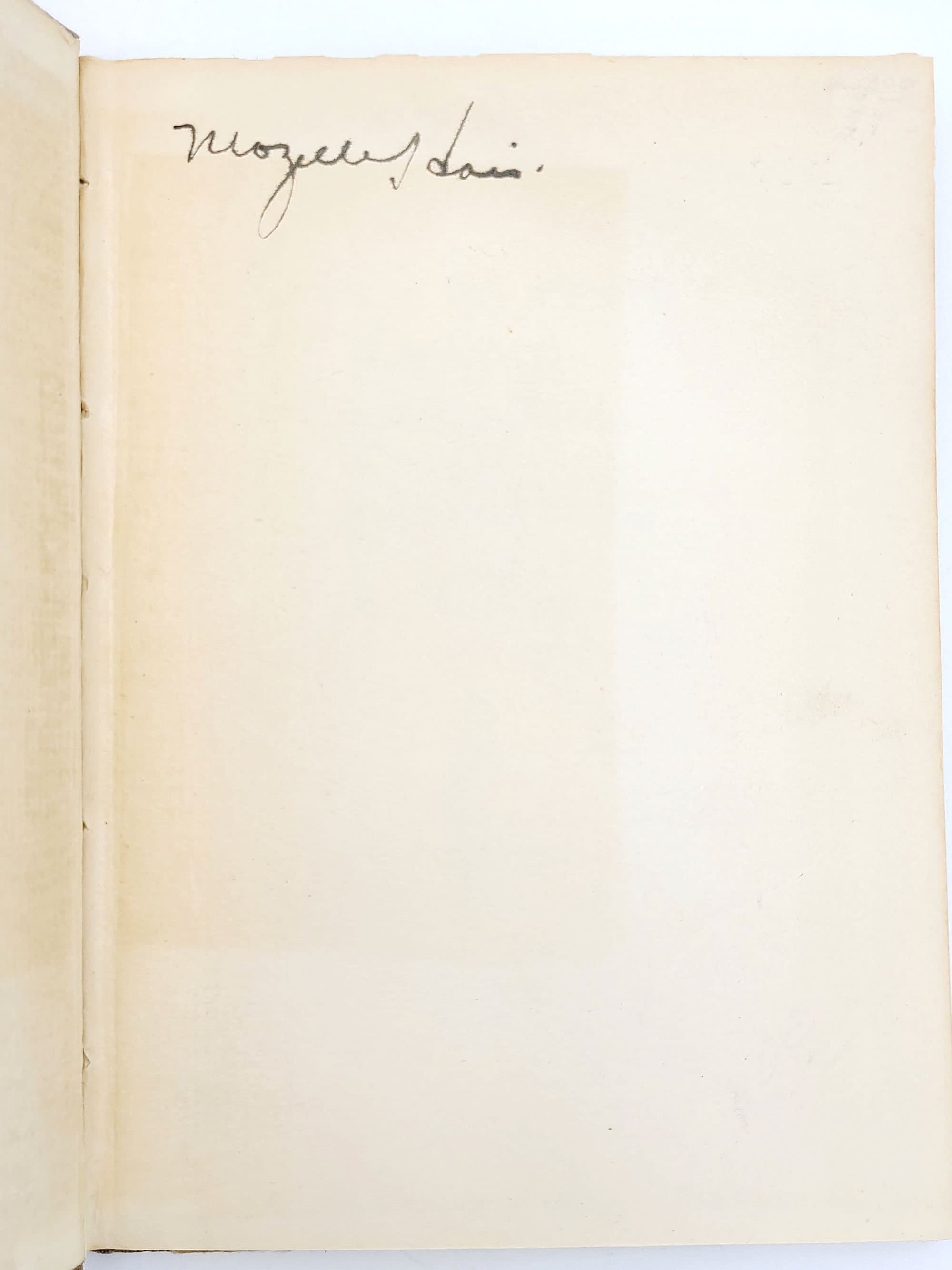 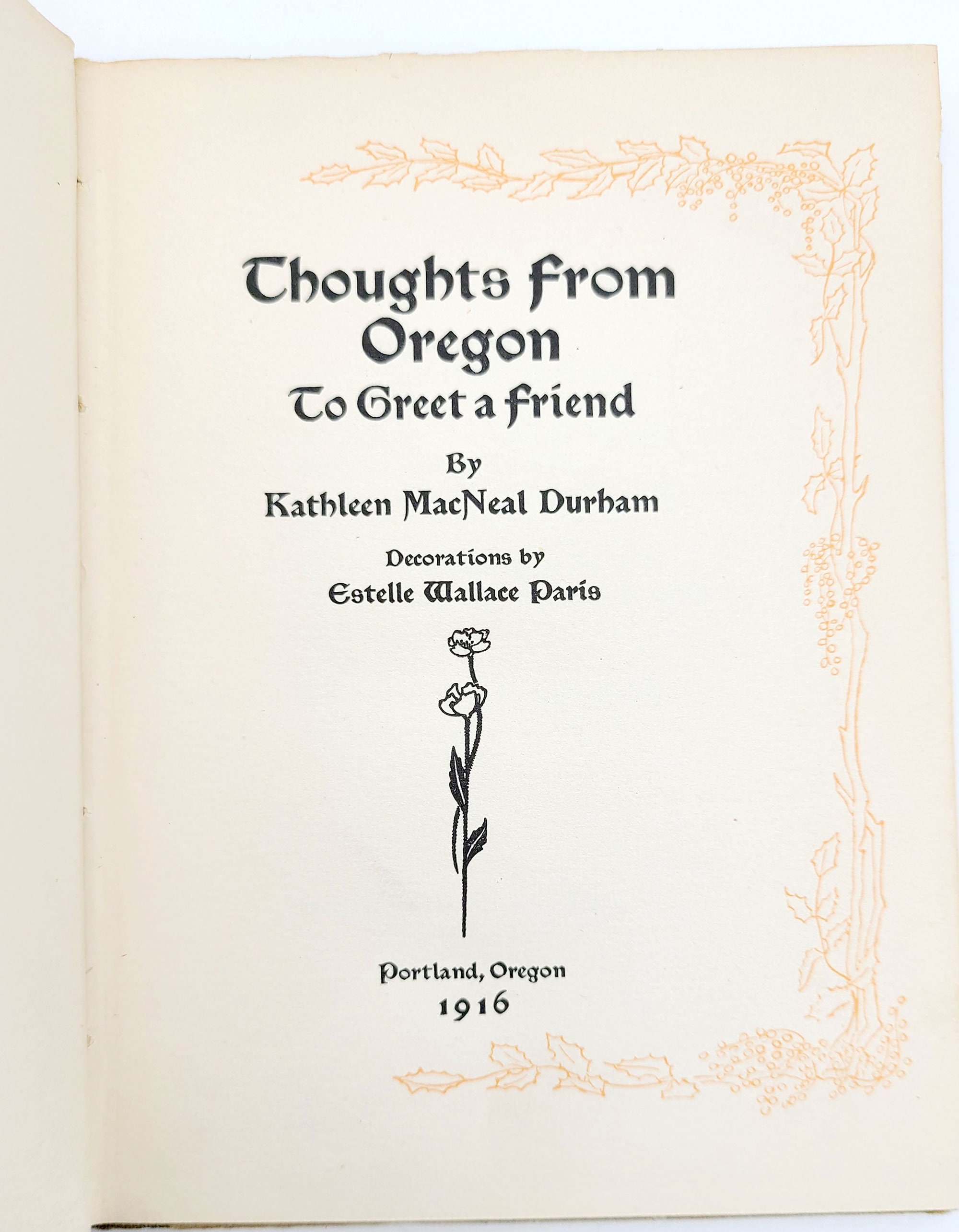 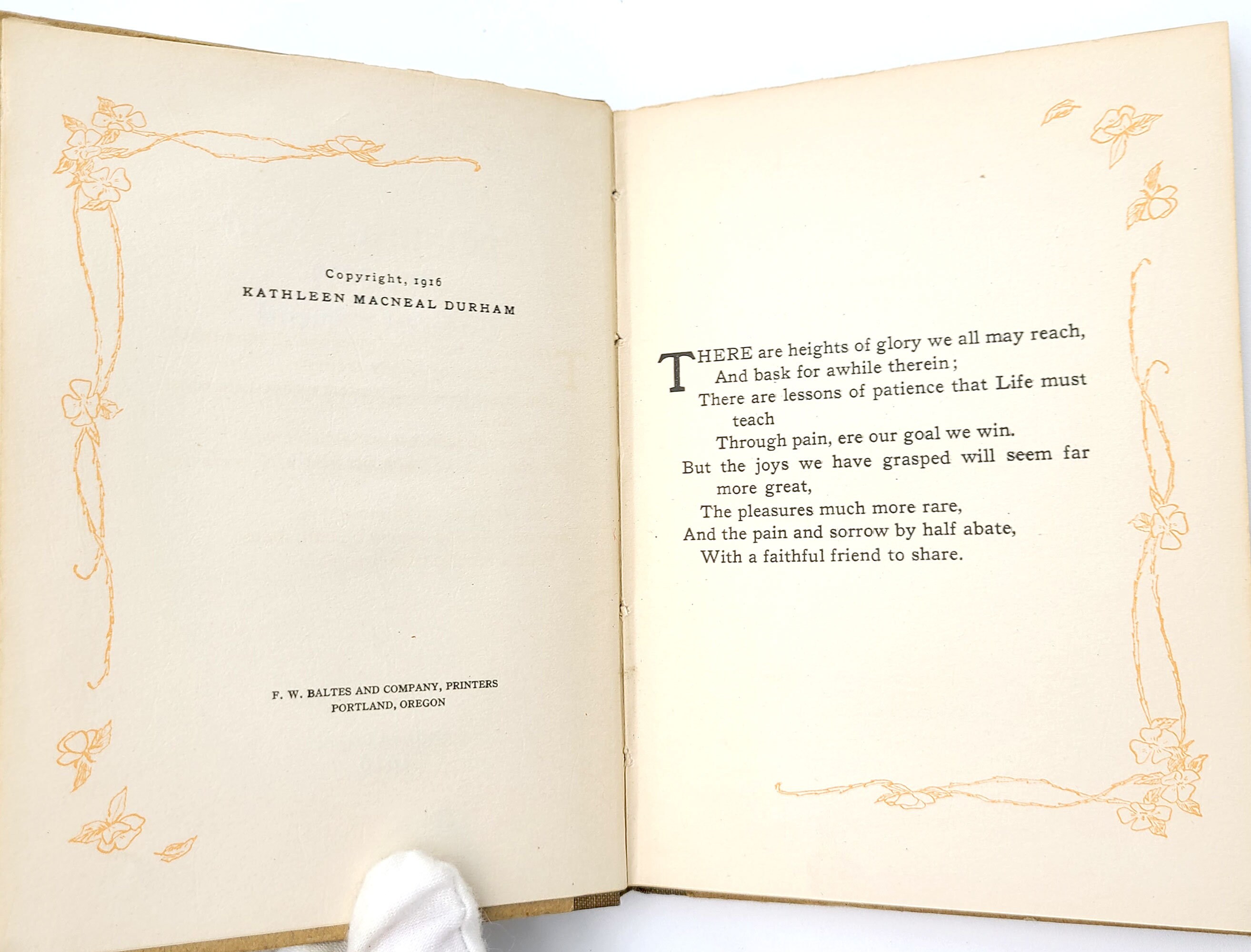 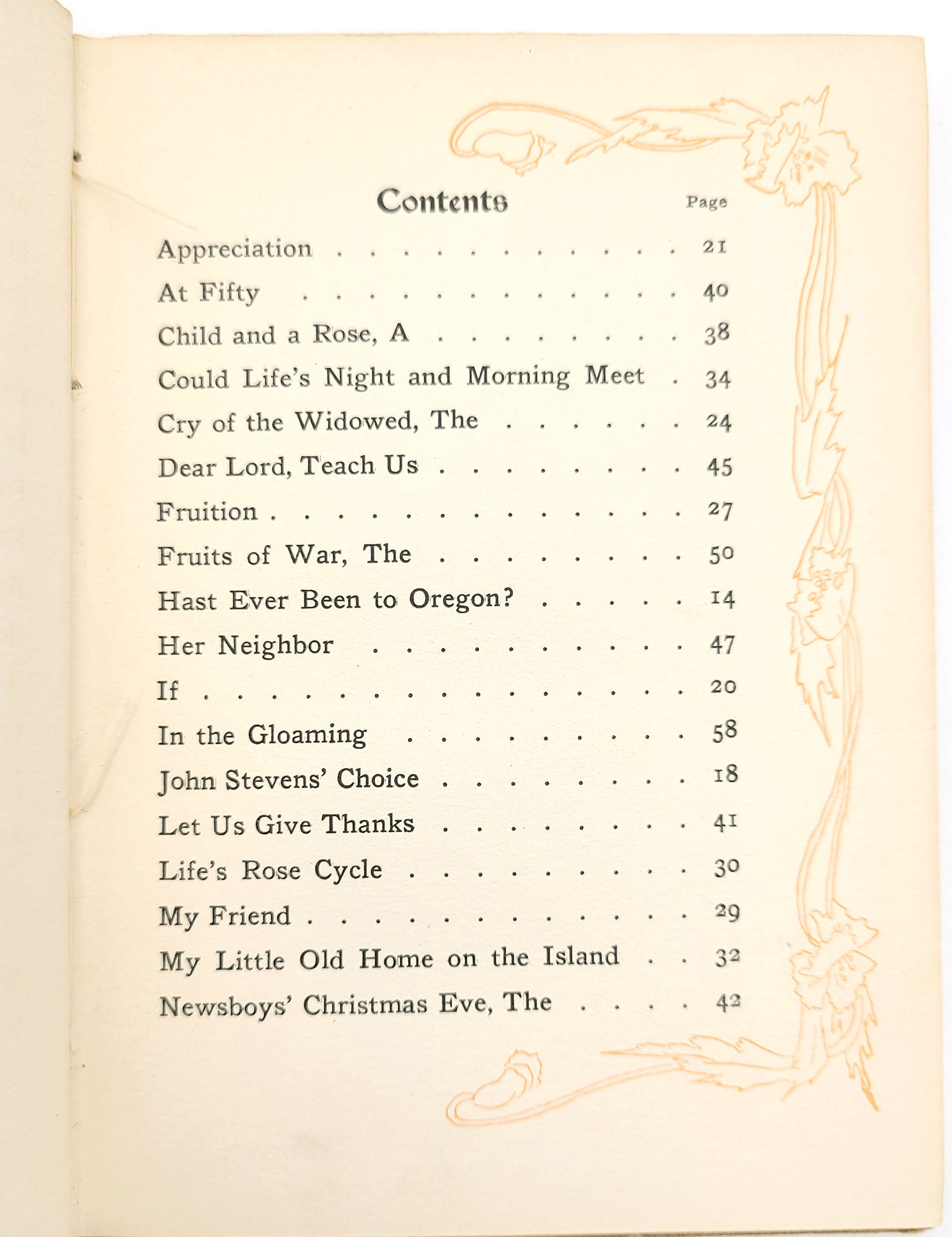 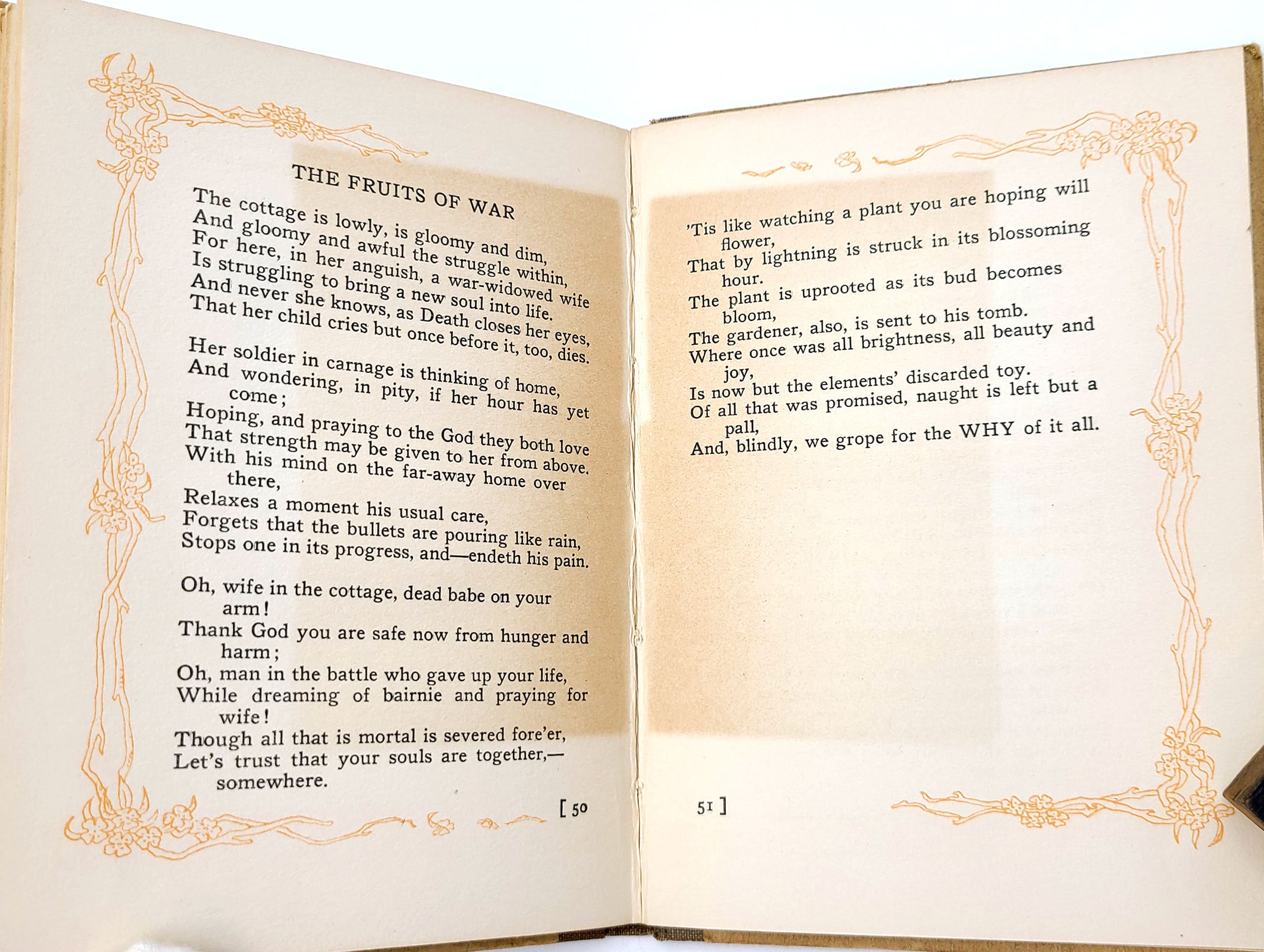 Title: Thoughts from Oregon To Greet a Friend

Description: Signed on ffep by University of Oregon educator Mozelle Hair. Brown cloth spine with buff-colored papered boards. Illustration of Mt. Hood on front cover. Interior is clean. Toned pages at two openings in the book where newspaper clippings had been laid in. Page decorations by Estelle Wallace Paris. 59 pages.

Poems by Kathleen MacNeal Durham Clarke (1871-1967). Durham came to Oregon after completing her teacher's education in Michigan and served as assistant principal at Portland's Couch School for three years before becoming the superintendent of schools at Bay City (Tillamook). She pursued her college education while continuing to teach, largely through the University of Oregon's correspondence courses, and earned her degree in 1925. It is almost certain that she and Mozelle Hair would have known each other through the school's programs.

Zena Mozelle Hair (1884-1984) was born in Nebraska, migrated with her family to Grants Pass in 1899, and graduated from the University of Oregon in 1908 (her thesis was ''The attitude of the Oregon people toward slavery and the Civil War''). Following graduation she taught English literature at the university from 1908 to 1910 and continued working with the school for nearly four decades, serving as the head of the school's correspondence and extension teaching divisions. She also continued to lecture on English literature. During the 1920s worked closely in these classes with many notable Oregon authors, including Edison Marshall, Ethel Romig Fuller, Anne Shannon Monroe, Ada Hastings Hedges, Queene B. Lister, and Anthony Euwer. Hair was also deeply involved in the Oregon division of the American Association of University Women, served as its first president, and was for many years its historian. She retired from the University of Oregon in 1949.