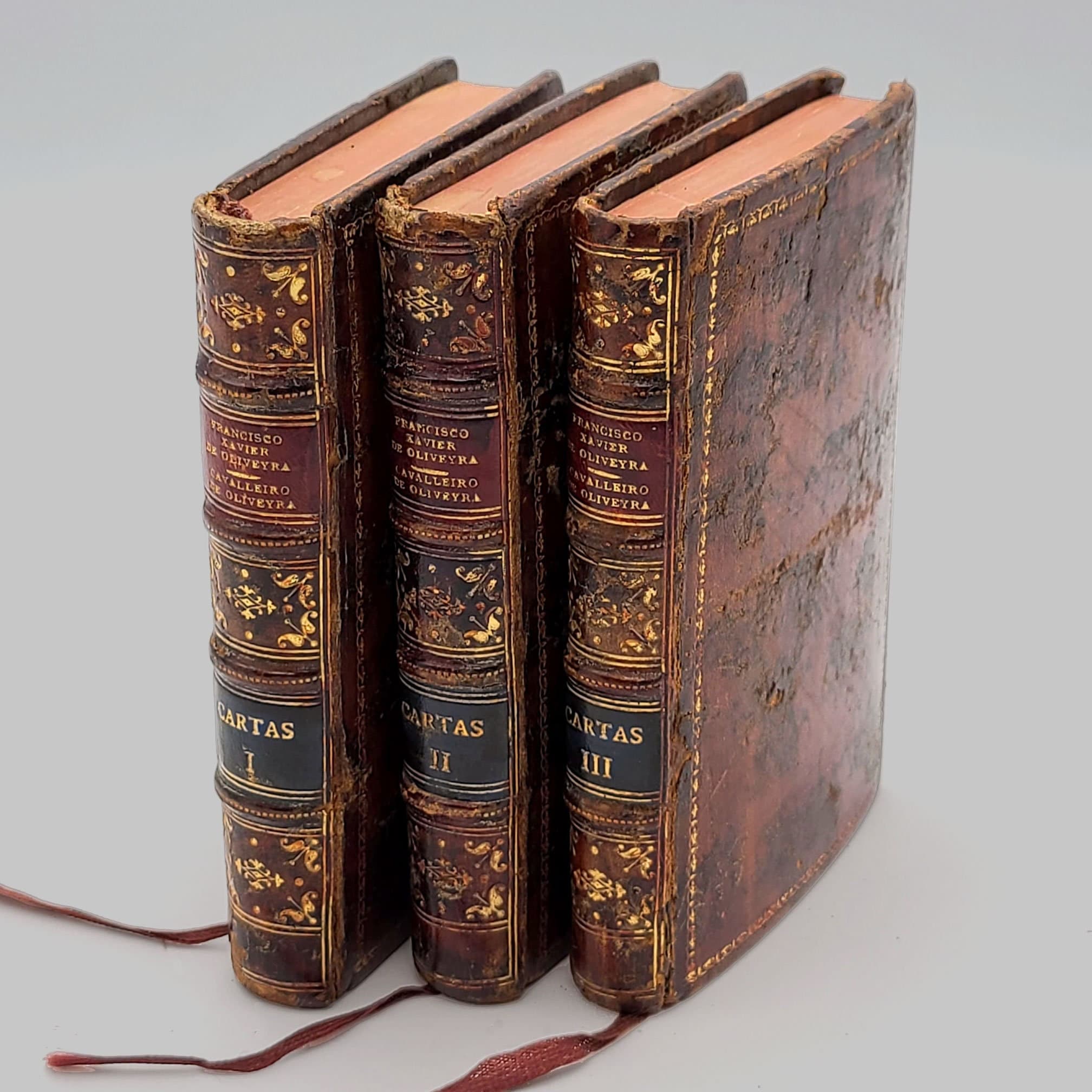 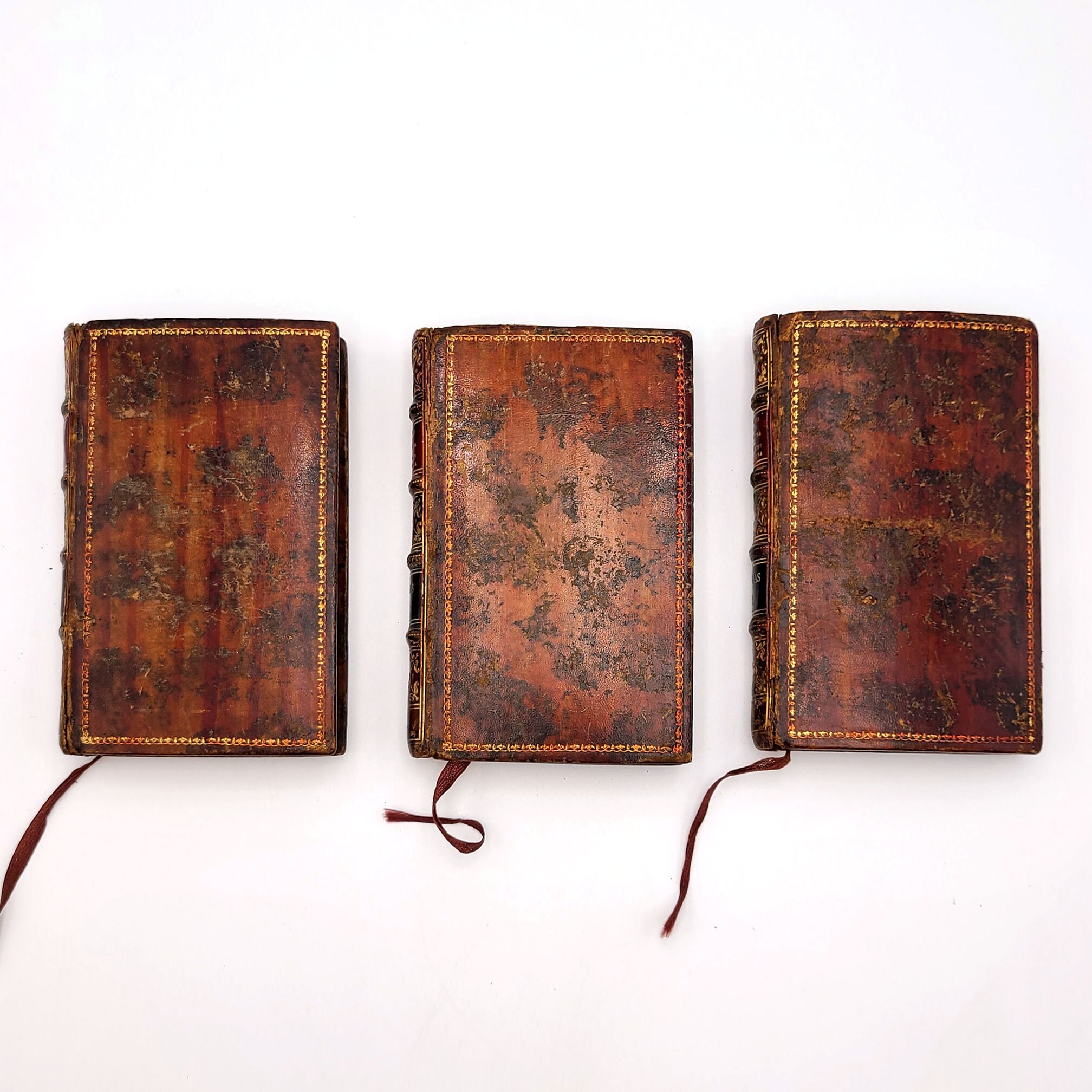 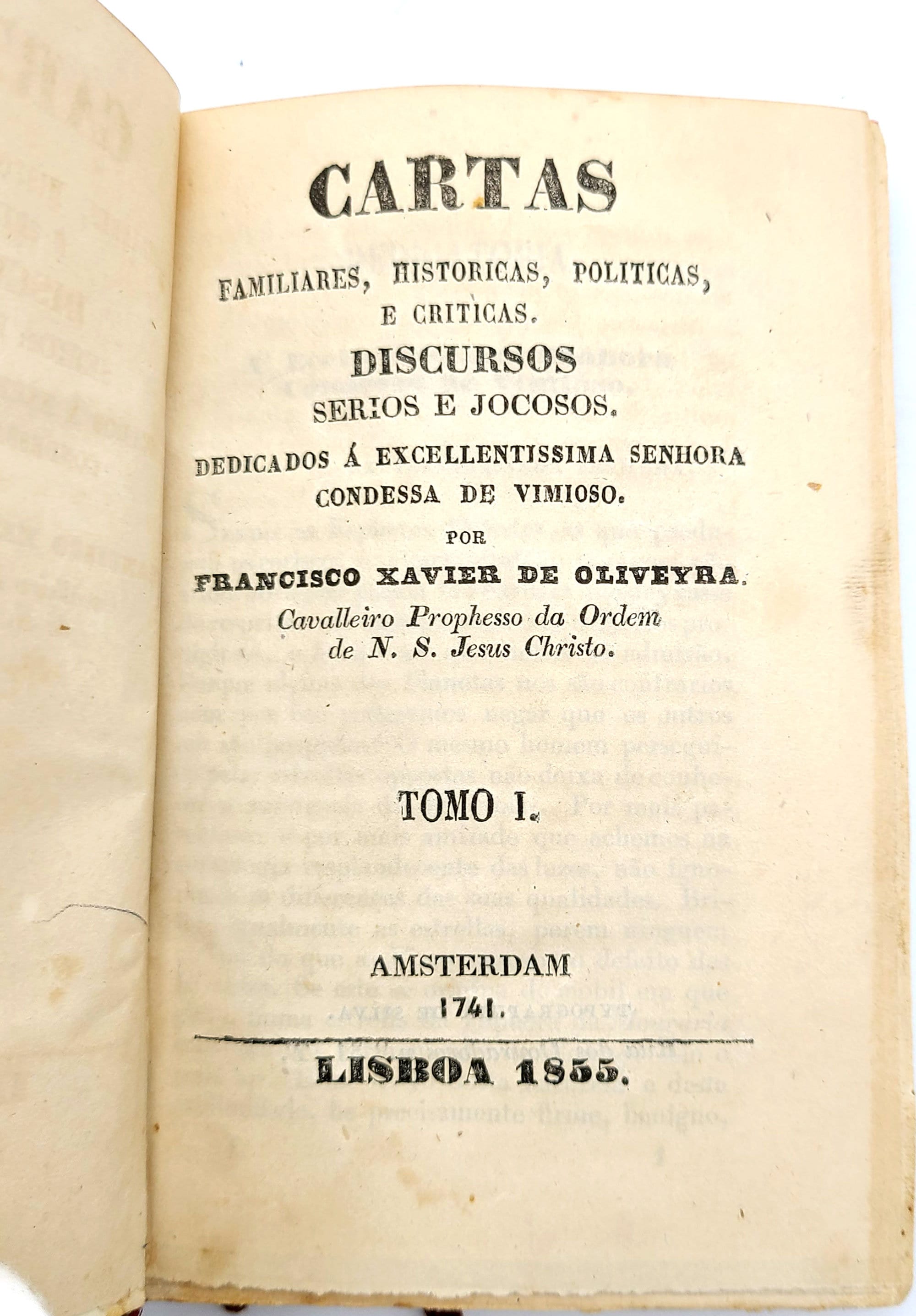 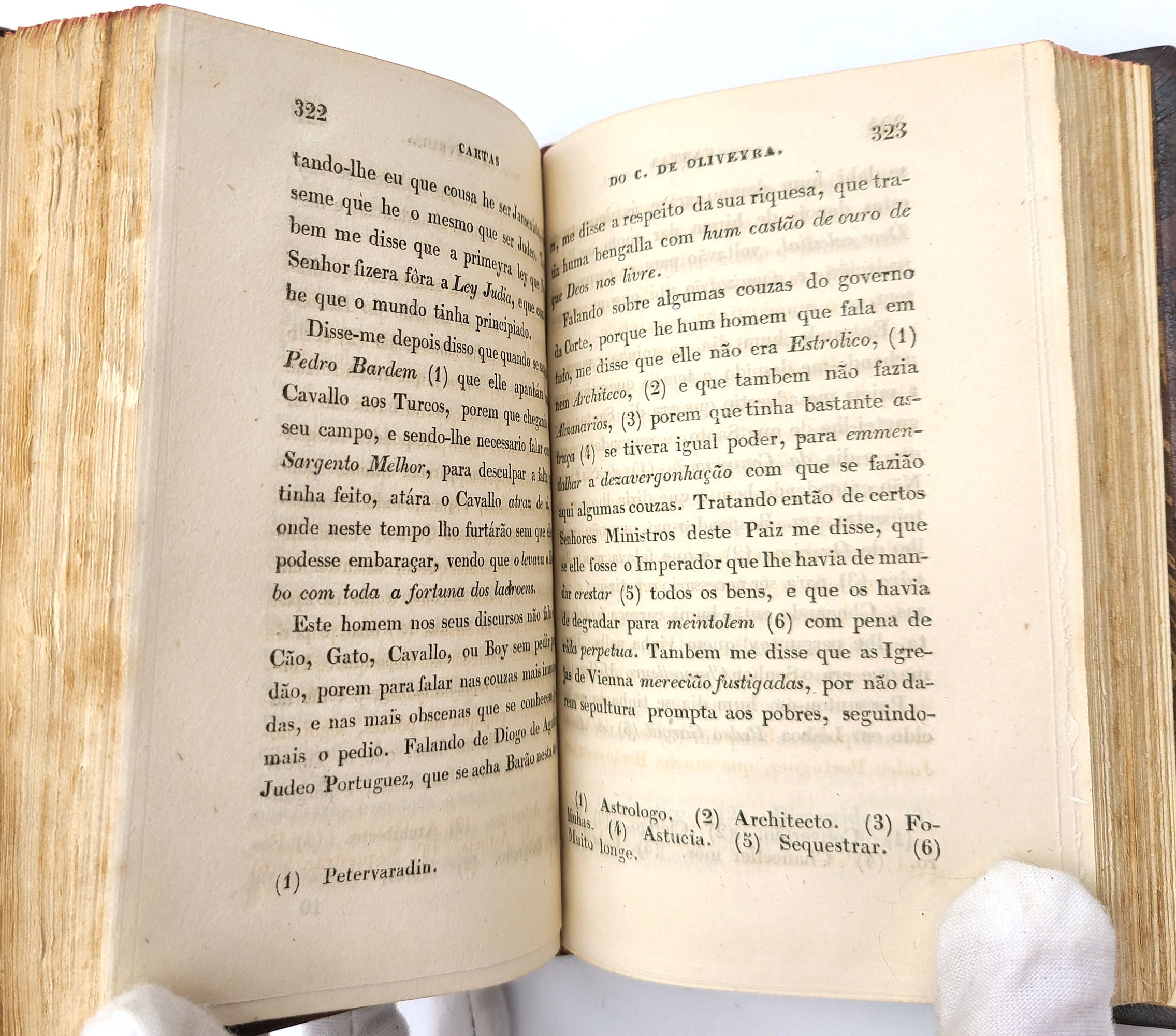 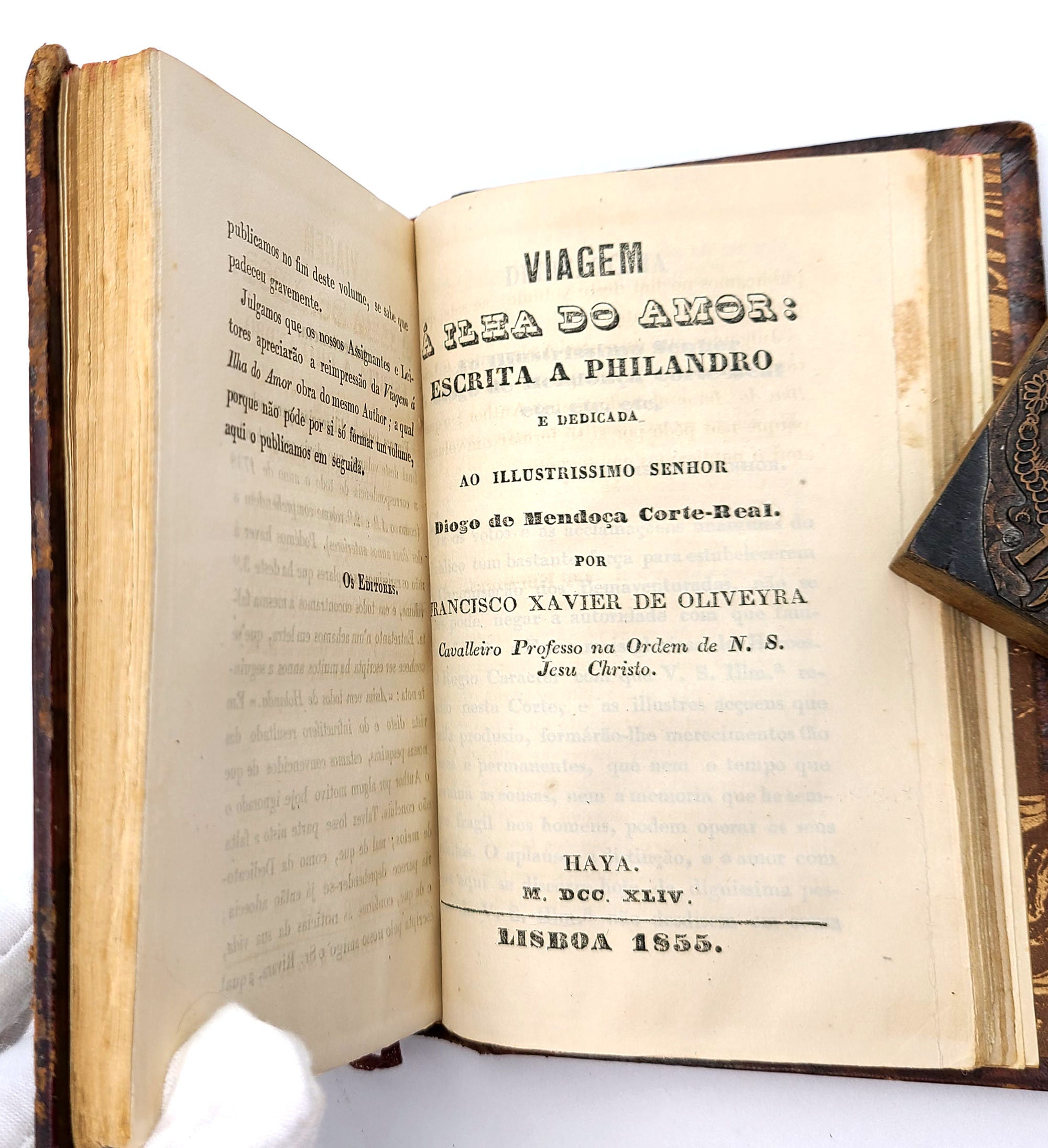 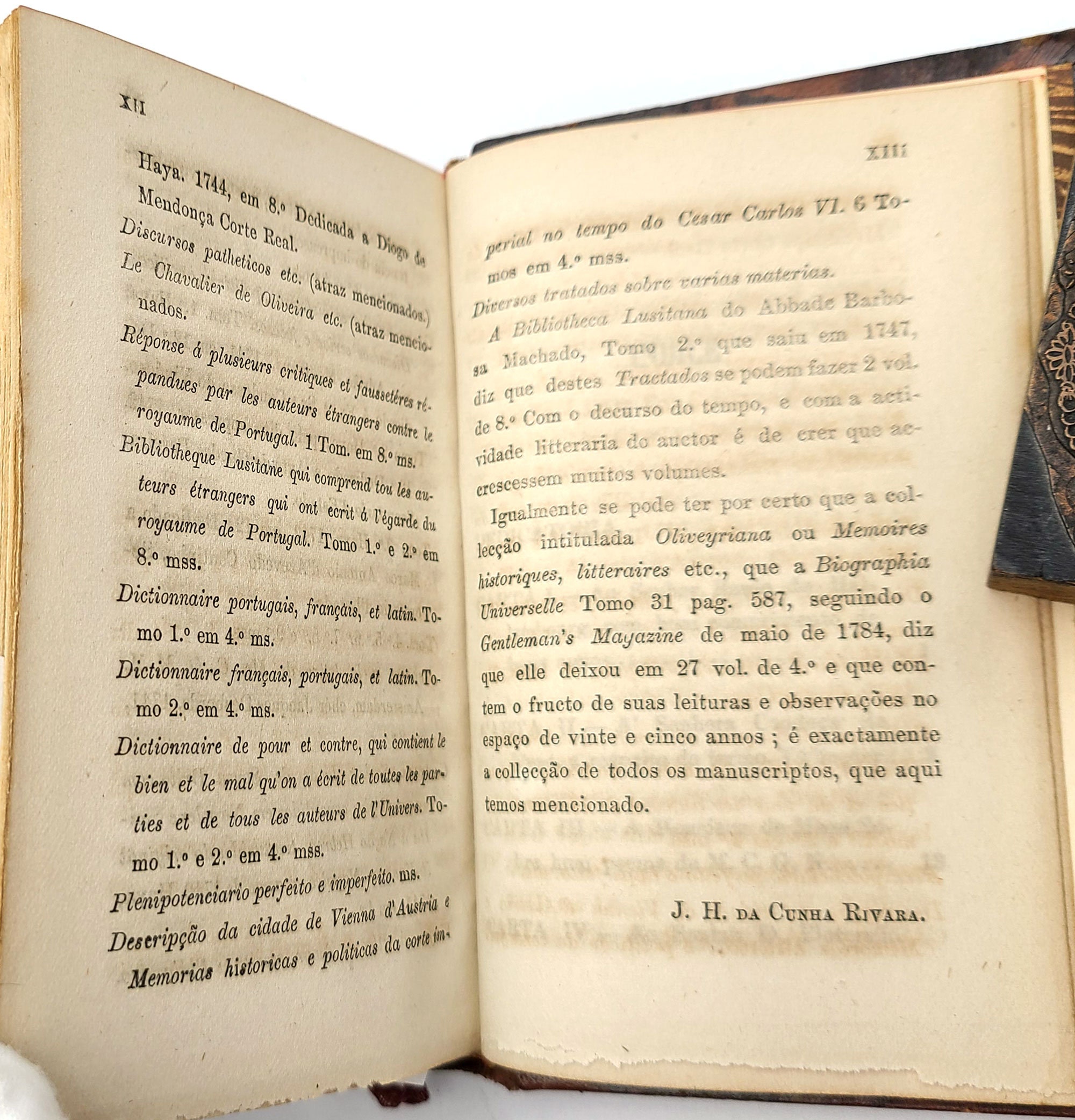 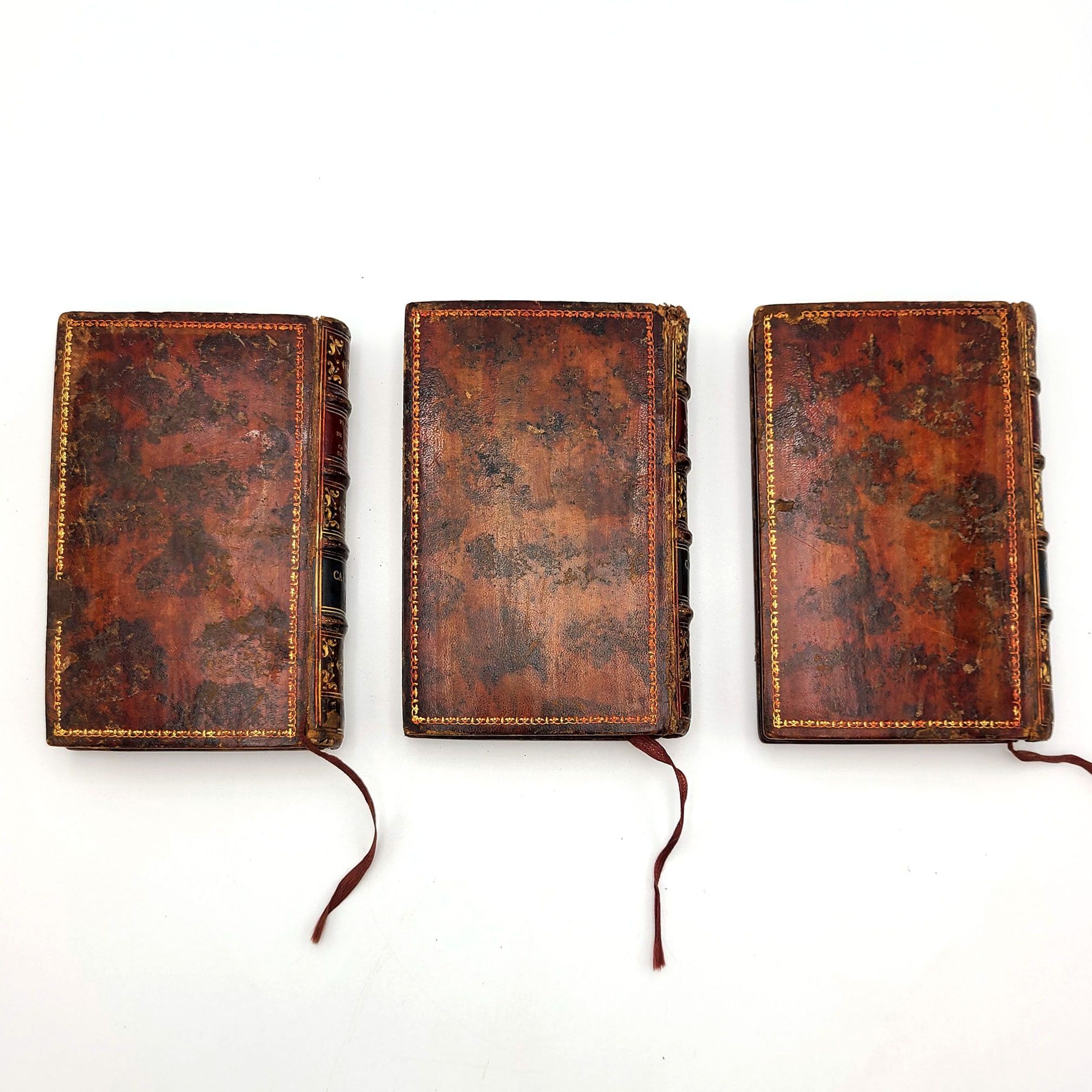 As noted on title pages, Cartas familiares had been previously published in 1741 and 1742 at Amsterdam and Haya, respectively; Viagem a ilha do amor at Haya in 1744.

Aubrey Bell's work, Portuguese Literature (1922), notes of Cartas familiares that ''their objects are various: love, literature, witchcraft, and even the relation of a man's character to the ribbon on his hat.''

Francisco Xavier de Oliveira (1702-1783), was a Portuguese diplomat and writer who came into conflict with the Inquisition. He gave up his diplomatic career, likely due to his Protestant inclinations, and moved to Holland in 1740. Around the time of the publication of Cartas familares, the Inquisition prohibited the publication of his writings in Portugal. He relocated to England in 1744. The Inquisition finally condemned him in 1761 and burned him in effigy in Lisbon. Following his condemnation, he issued a number of works contra the Inquisition and the Catholic church. He died in Hackney in 1783.