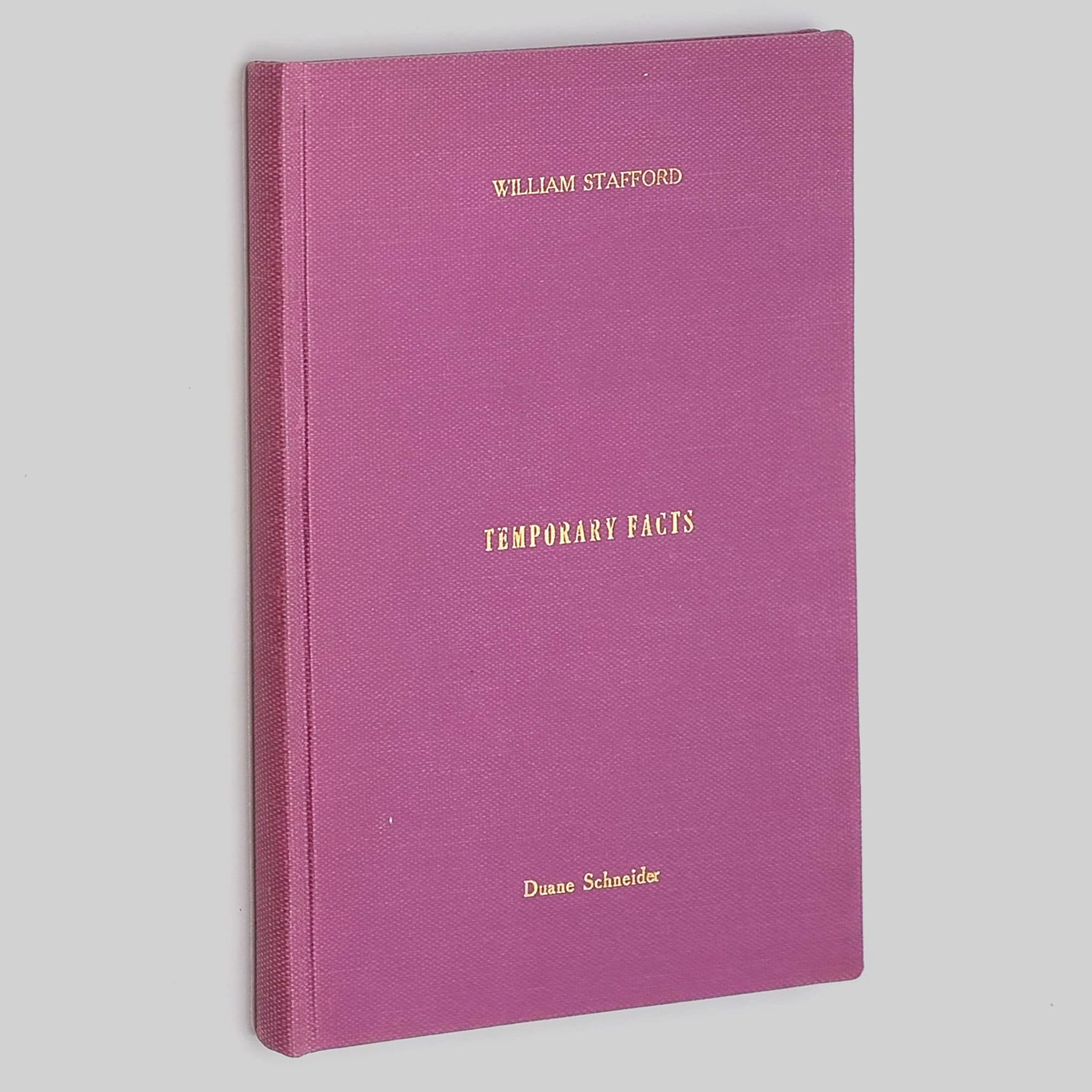 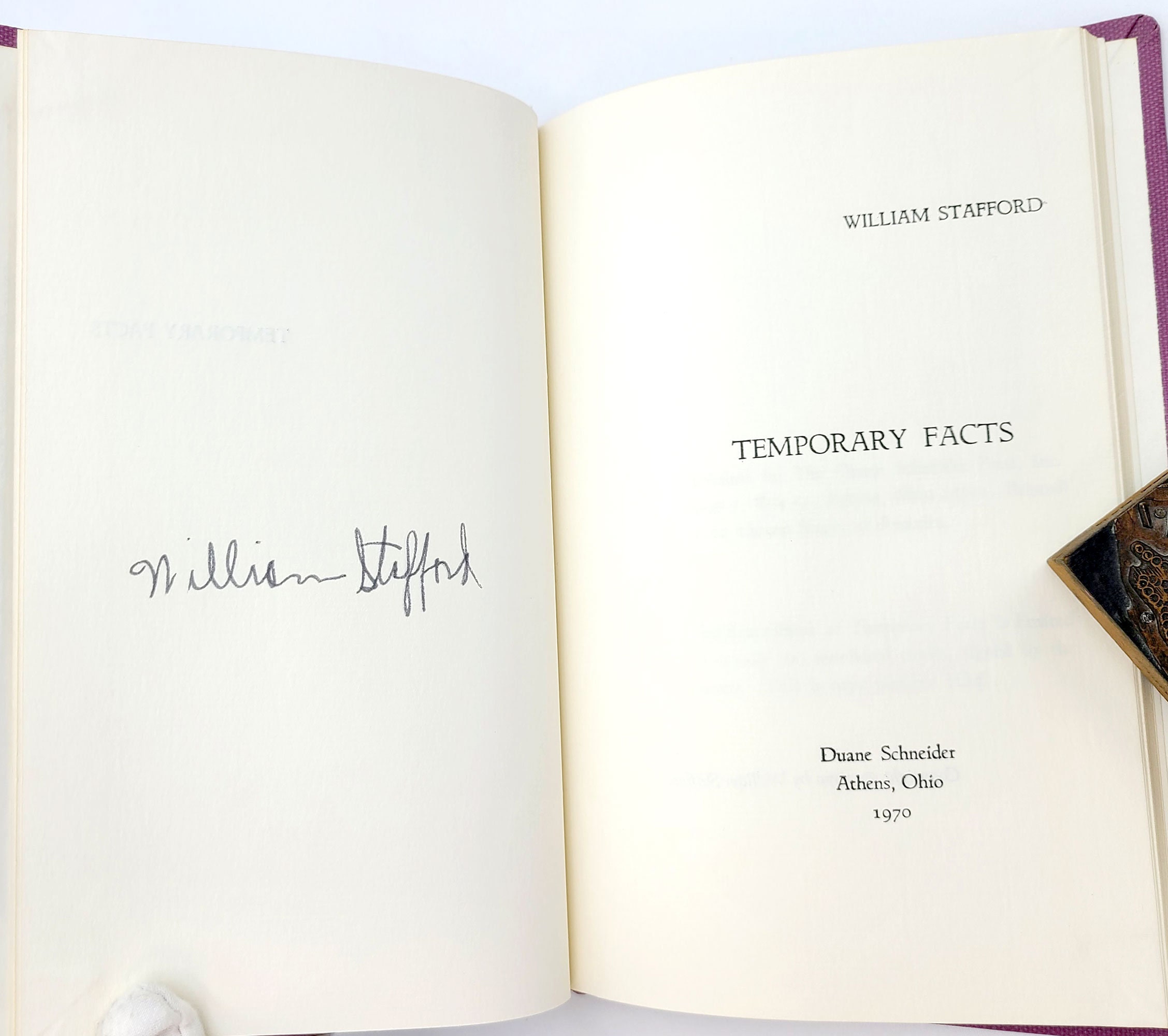 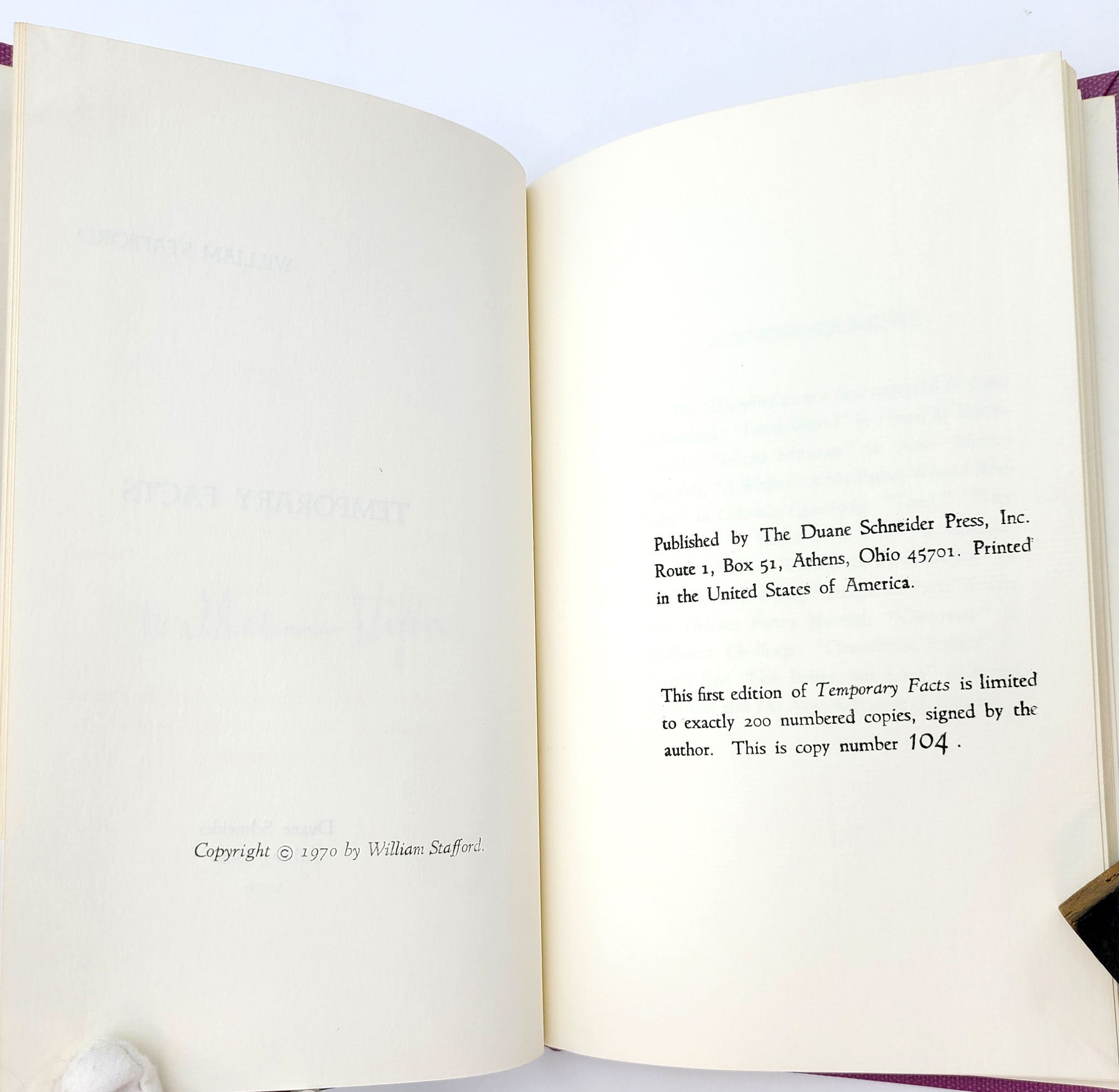 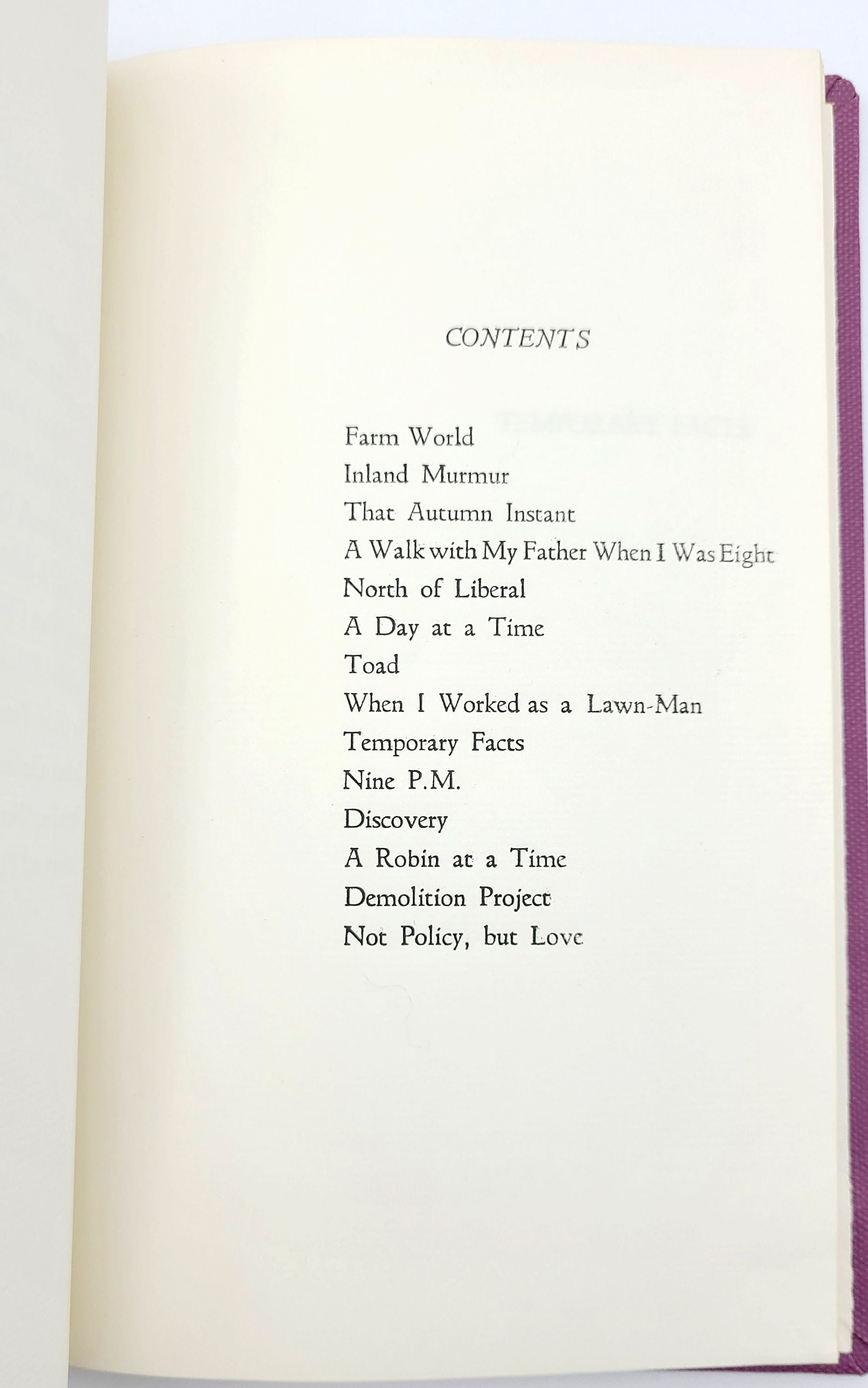 Description: Signed and numbered [104/200]. Bound in purplish-mauve cloth with gilt lettering on the front cover. Clean and unmarked. 22 ff. printed on one side.

Published by the Duane Schneider Press of Athens, Ohio. Schneider (1937-2012) taught English at Ohio University from 1965 to 2007 and began his own publishing enterprise in 1968. In 1985 he became the director of the Ohio University Press.