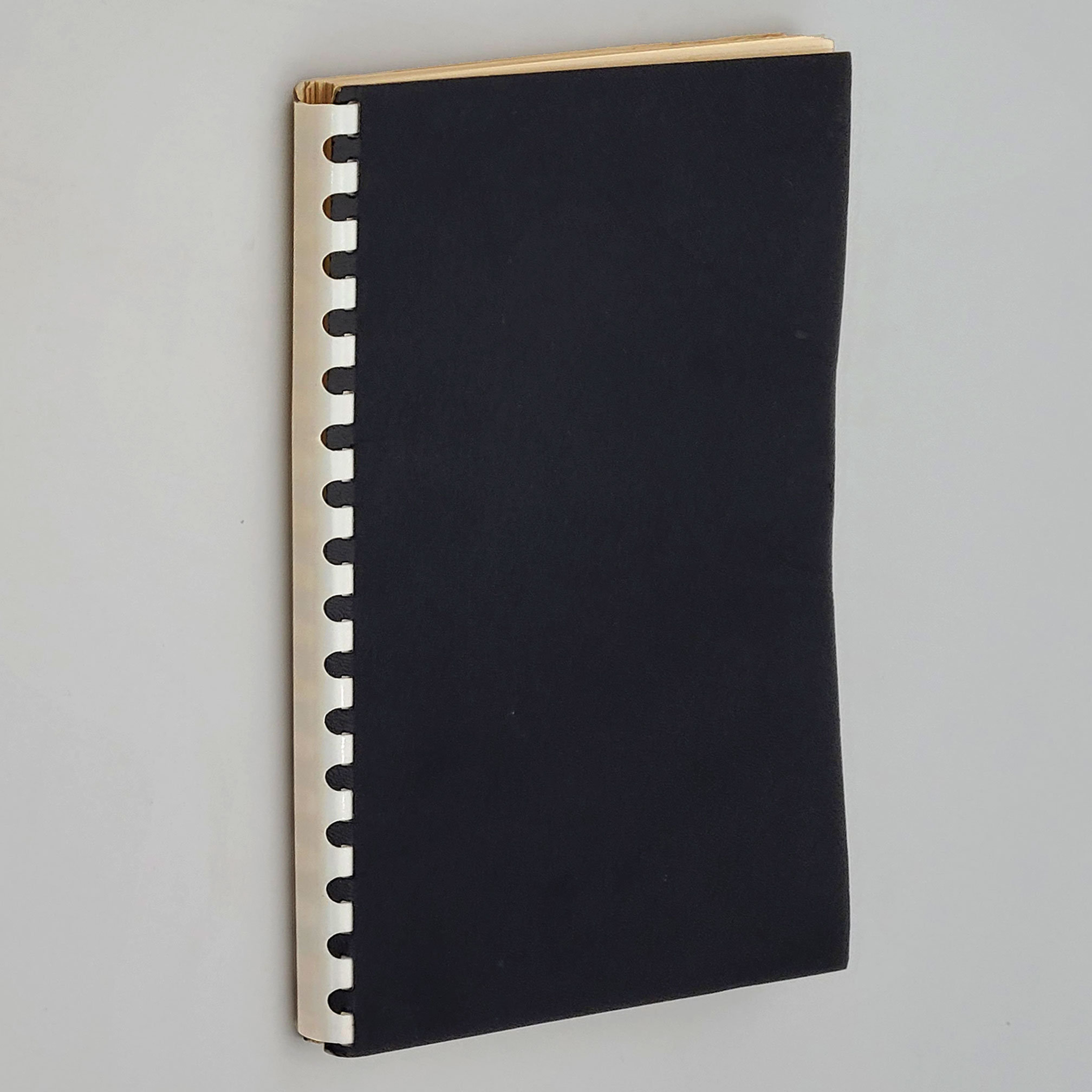 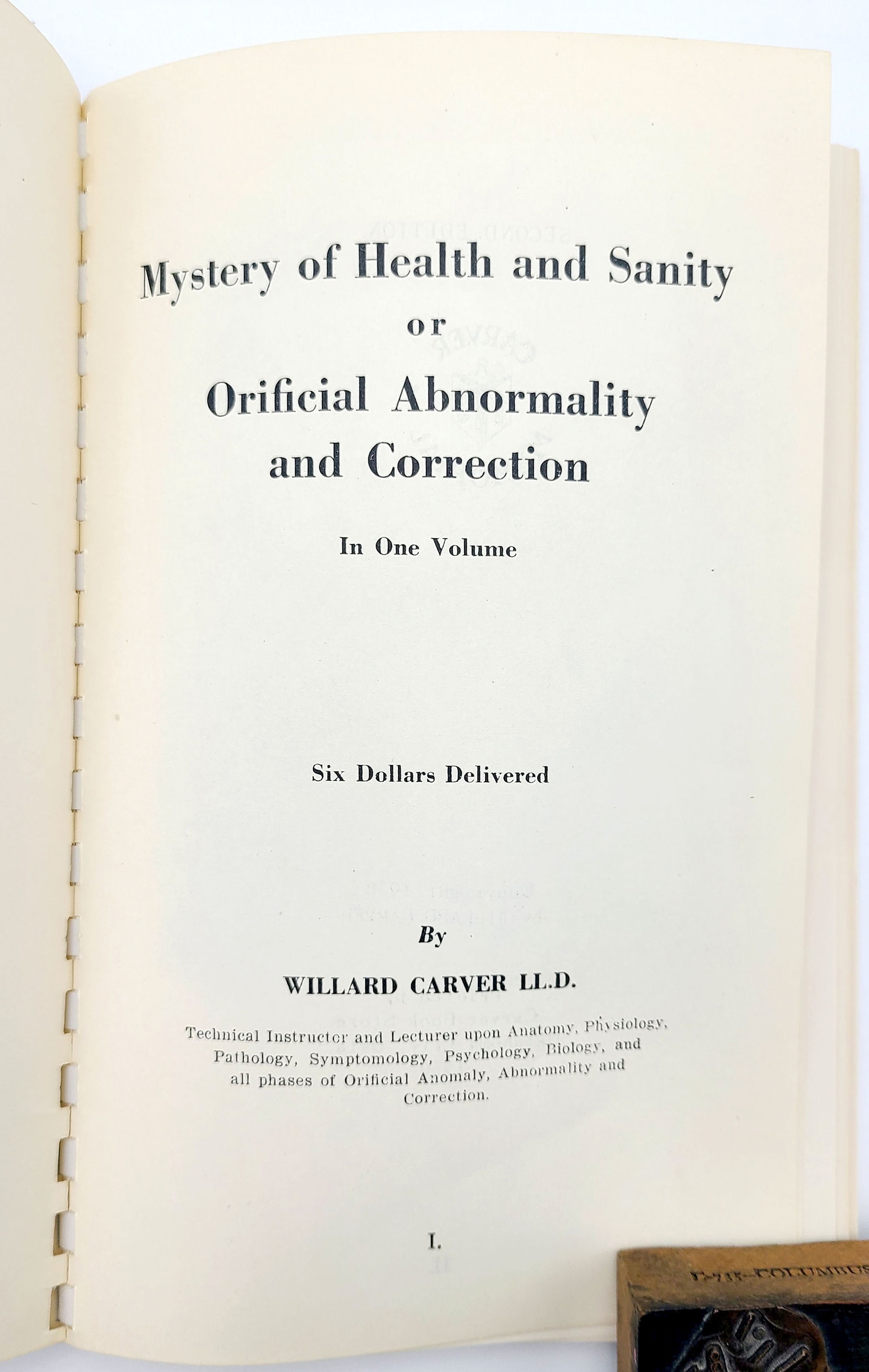 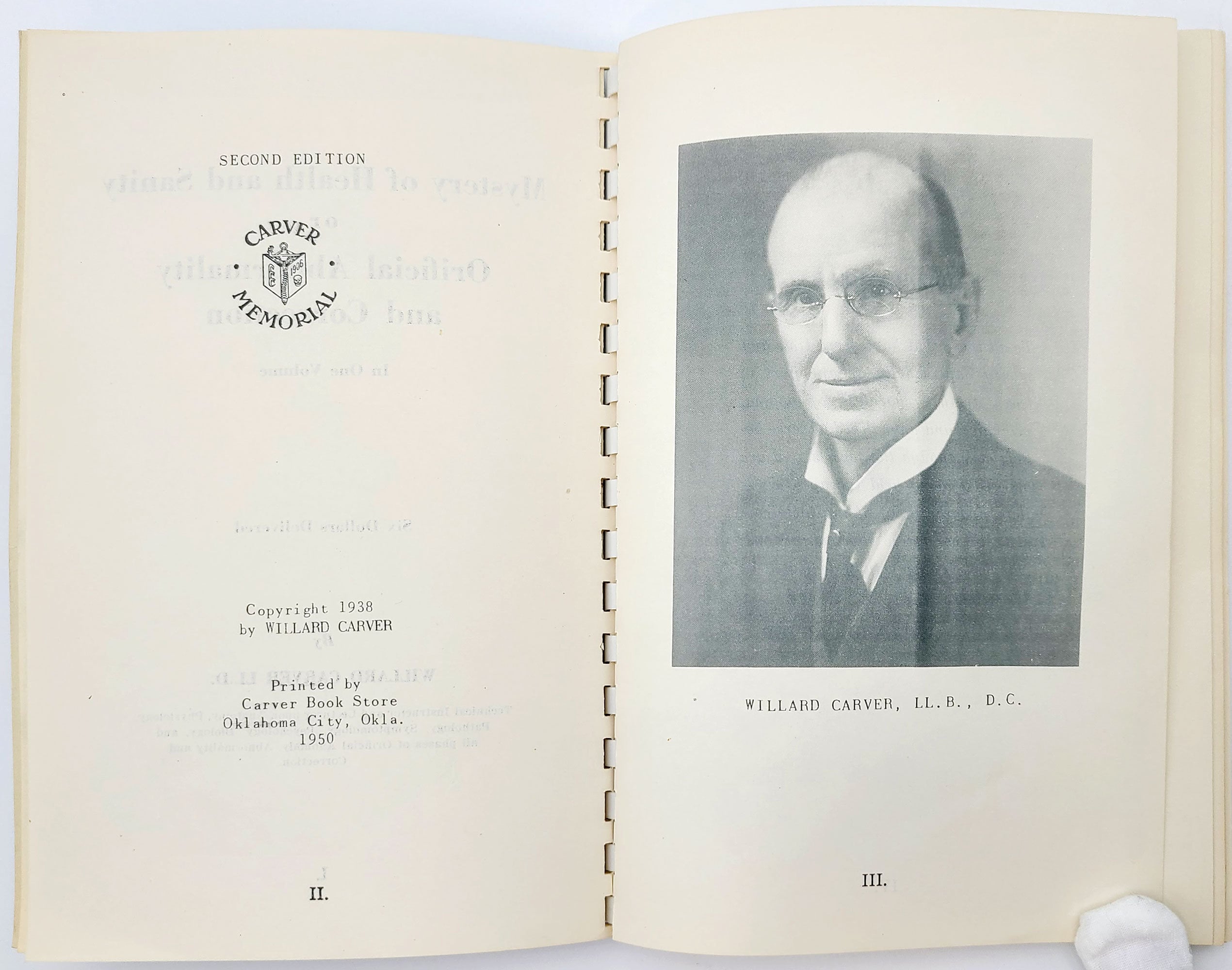 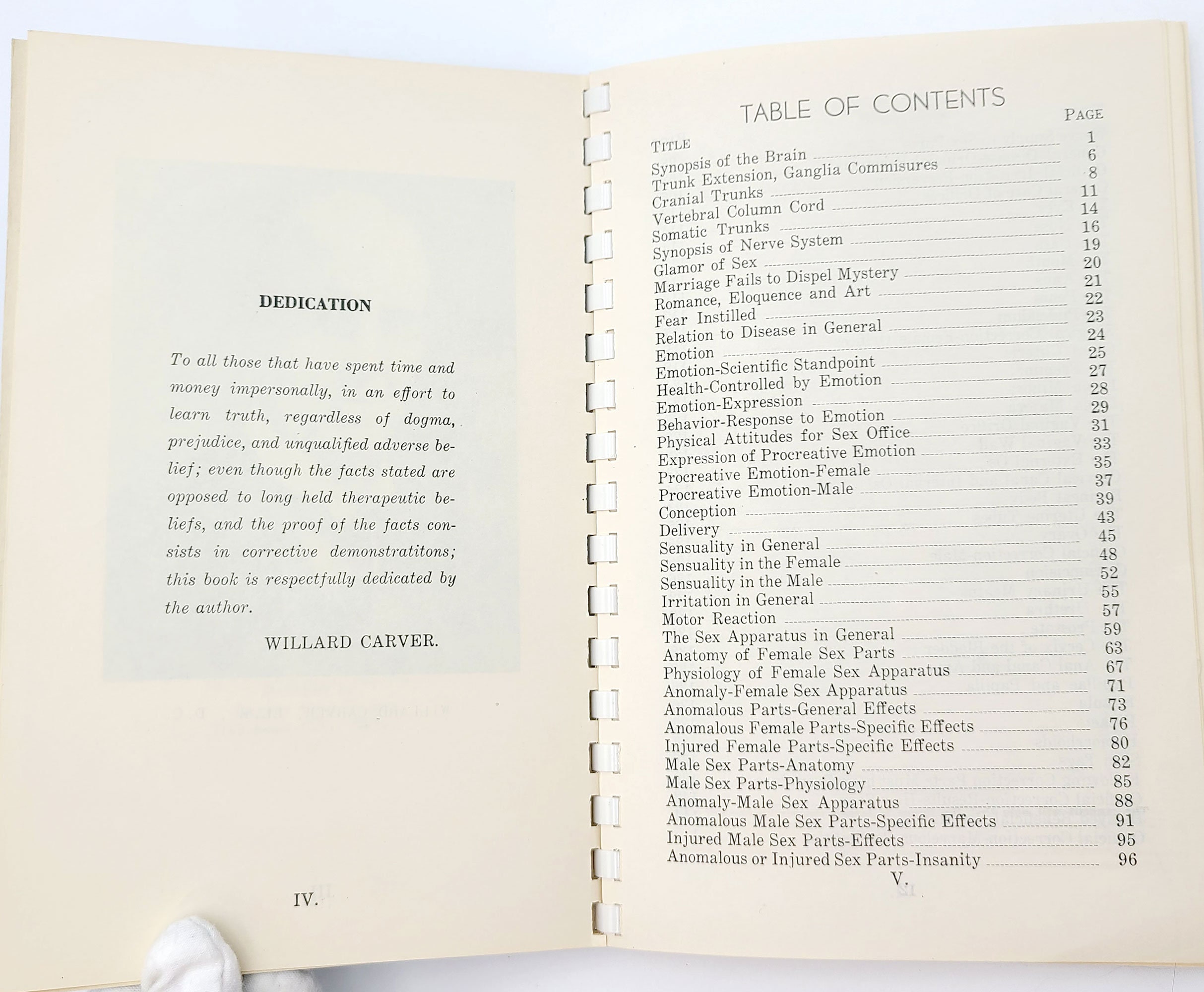 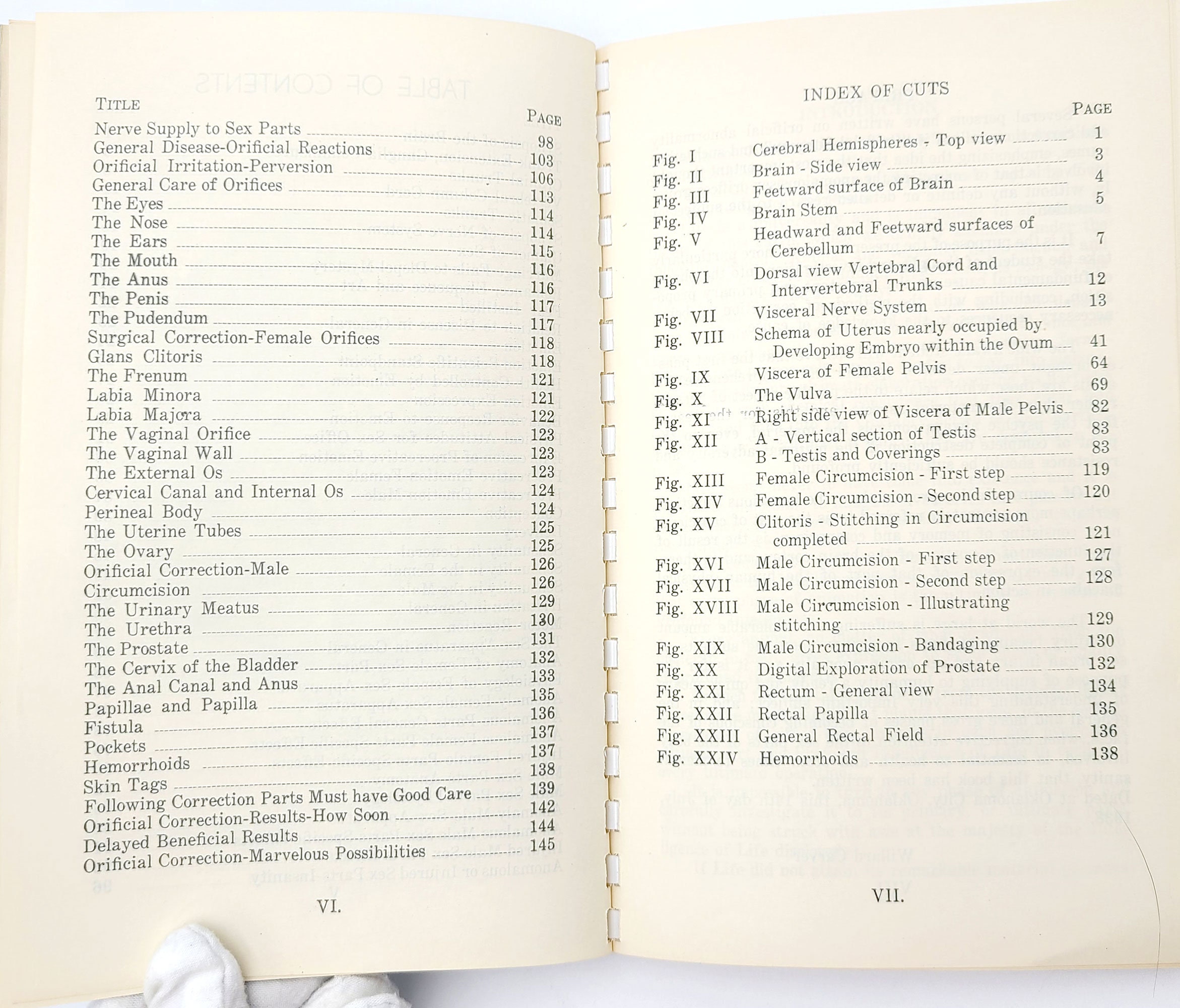 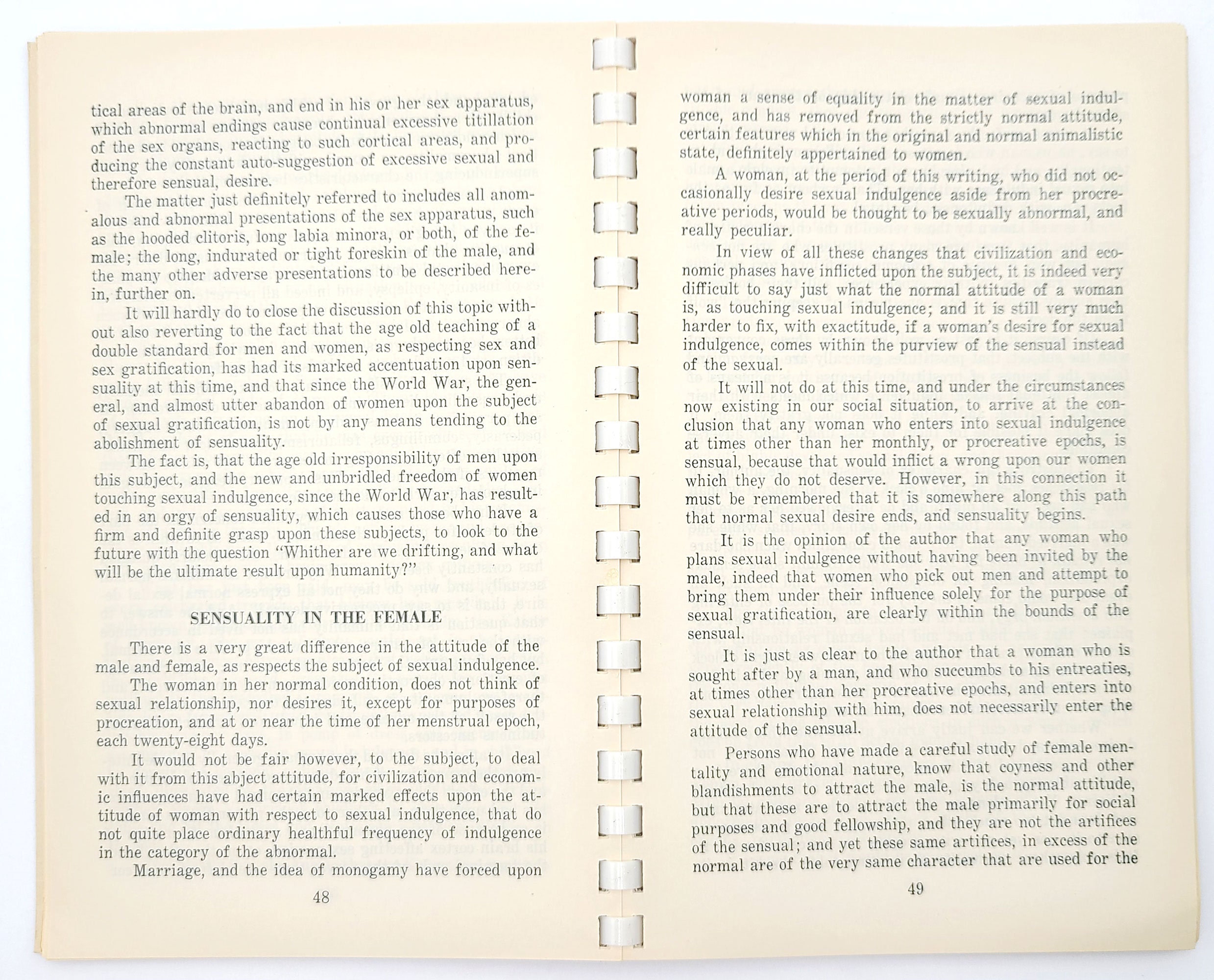 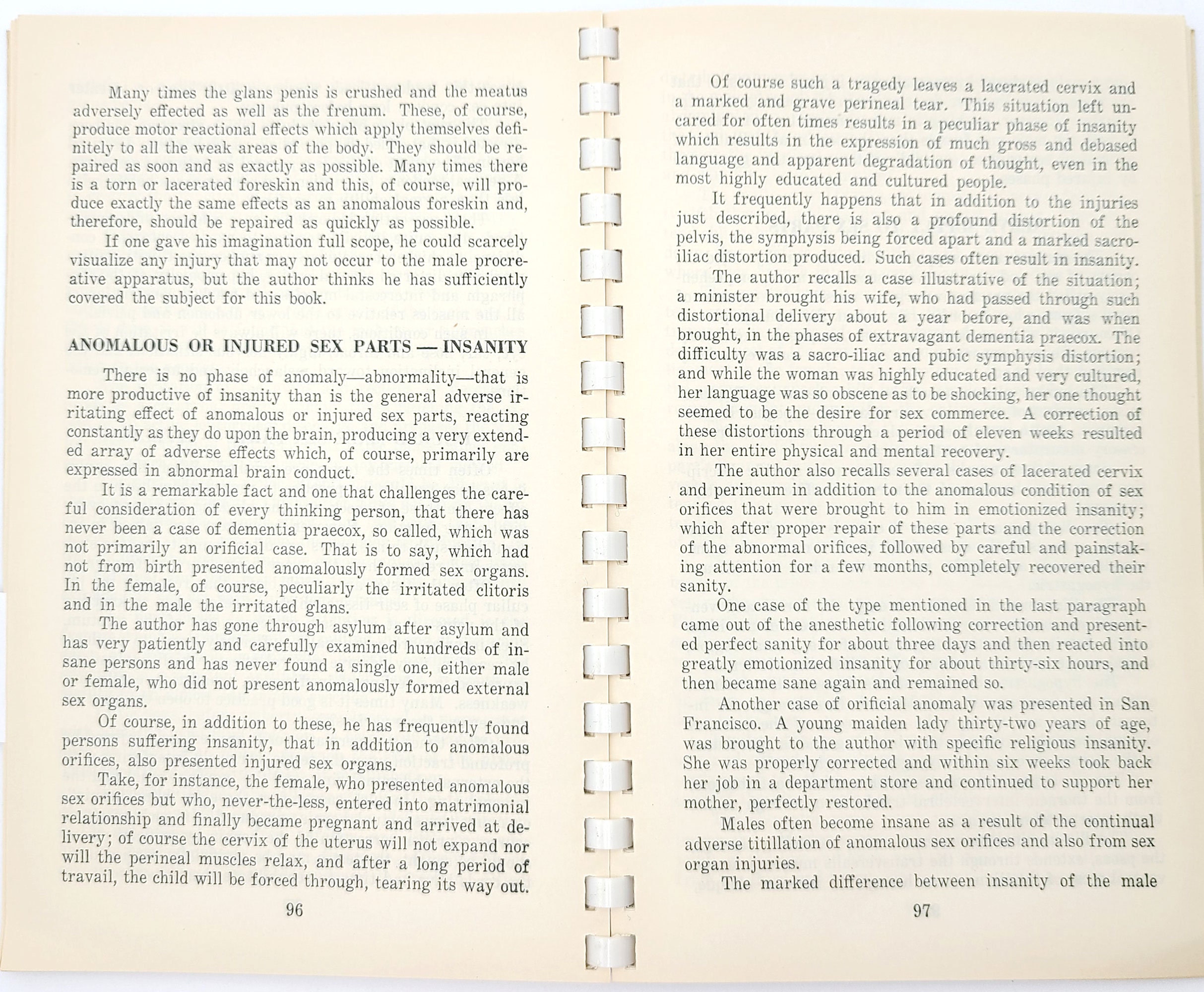 Title: Mystery of Health and Sanity or Orificial Abnormality and Correction. In One Volume

A study of sex function and sexual anatomy, which also addresses the psychological and emotional expressions of sexuality, sensuality, hygiene, perversions, and various possible abnormalities or injuries to sex organs and their corrective surgery.

Willard Carver (1866-1943) was a pioneering chiropractic educator, credited with developing the "structural school" of chiropractic. After his graduation from the Parker College of Chiropractic in 1905, he co-founded of the Carver-Denney Chiropractic College in Oklahoma City, which became the first to introduce minor surgery into its education. He was the author of influential textbooks and also went on to found other chiropractic institutes in Colorado, New York, and Washington, D.C.