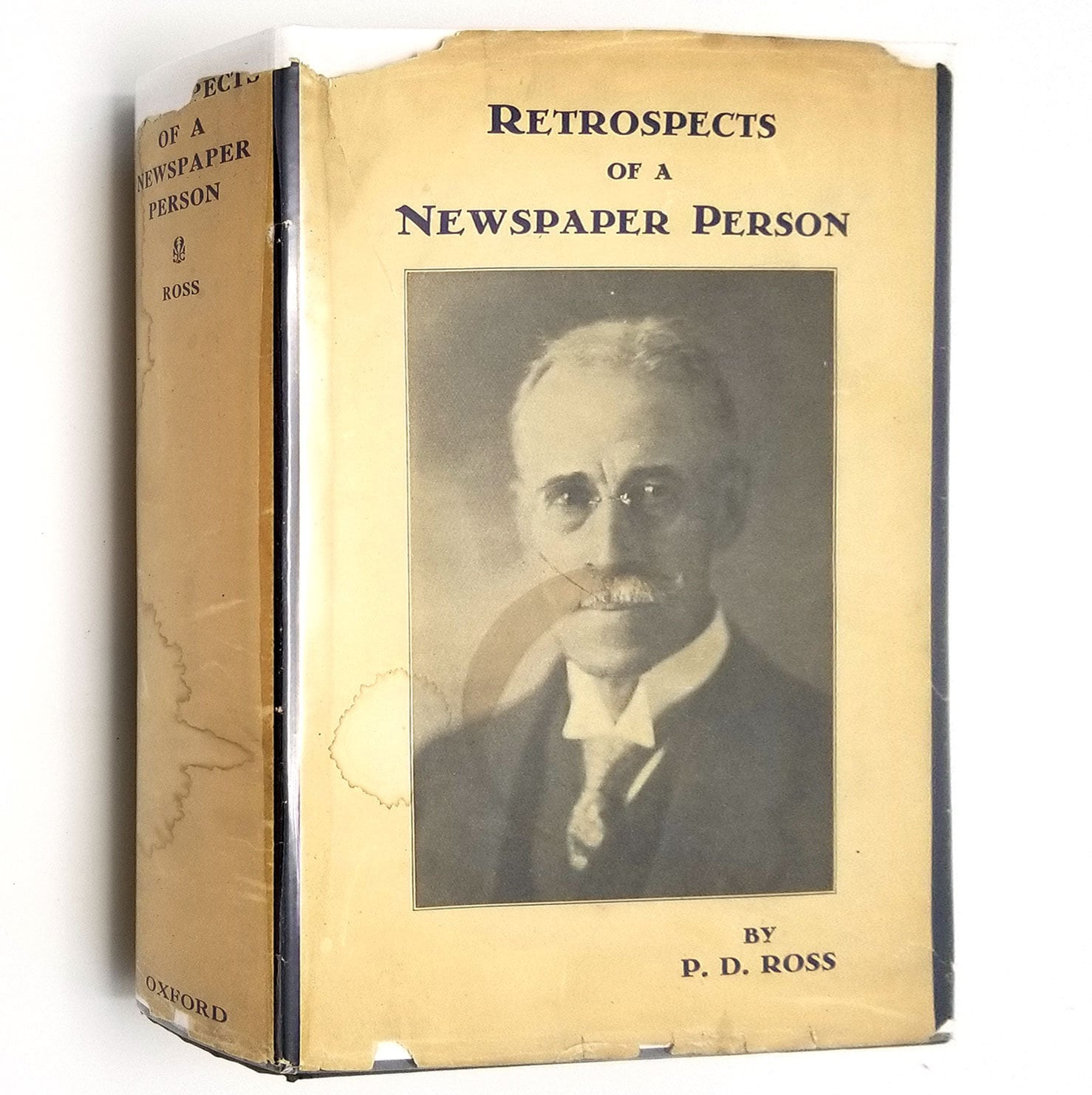 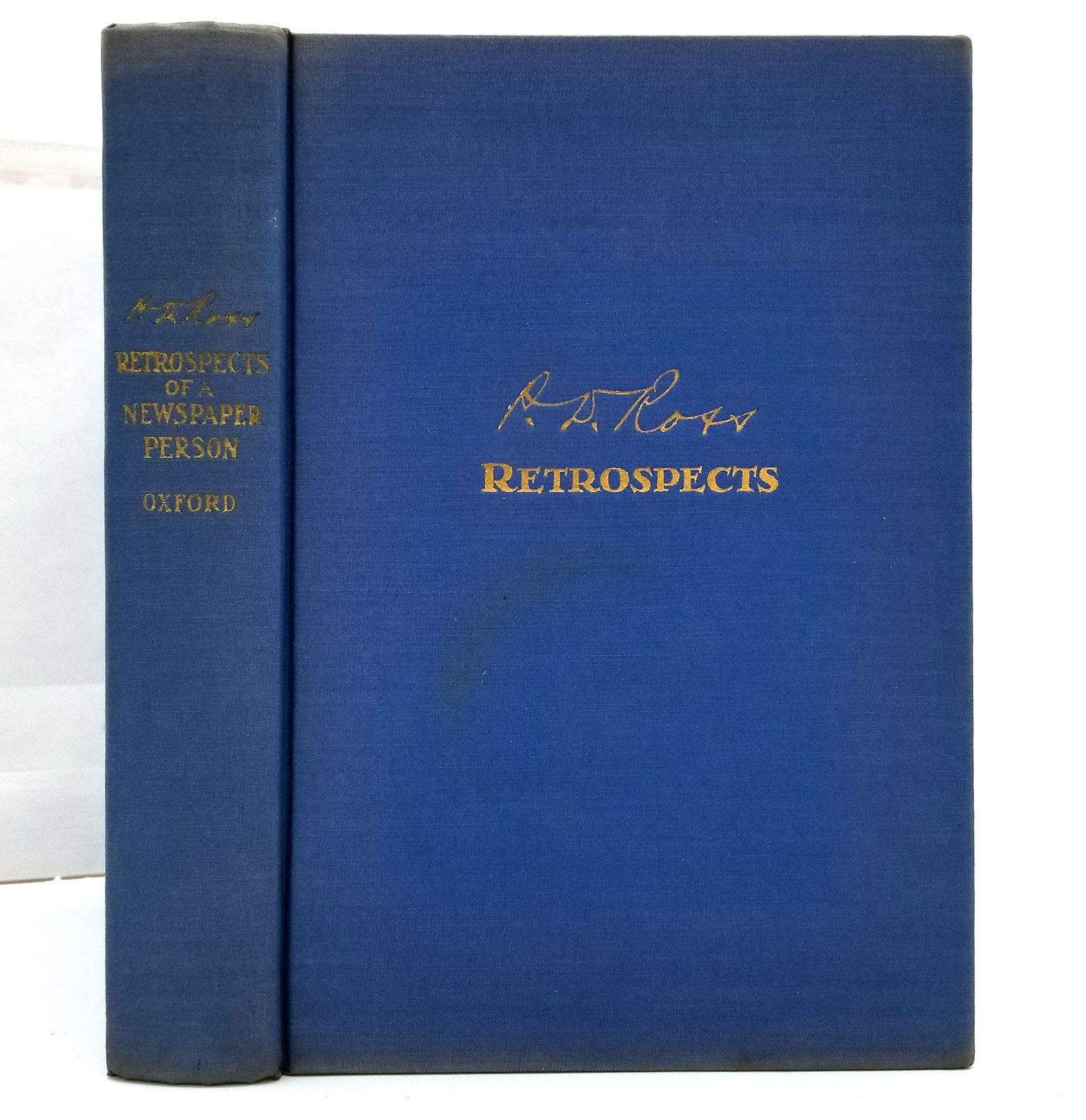 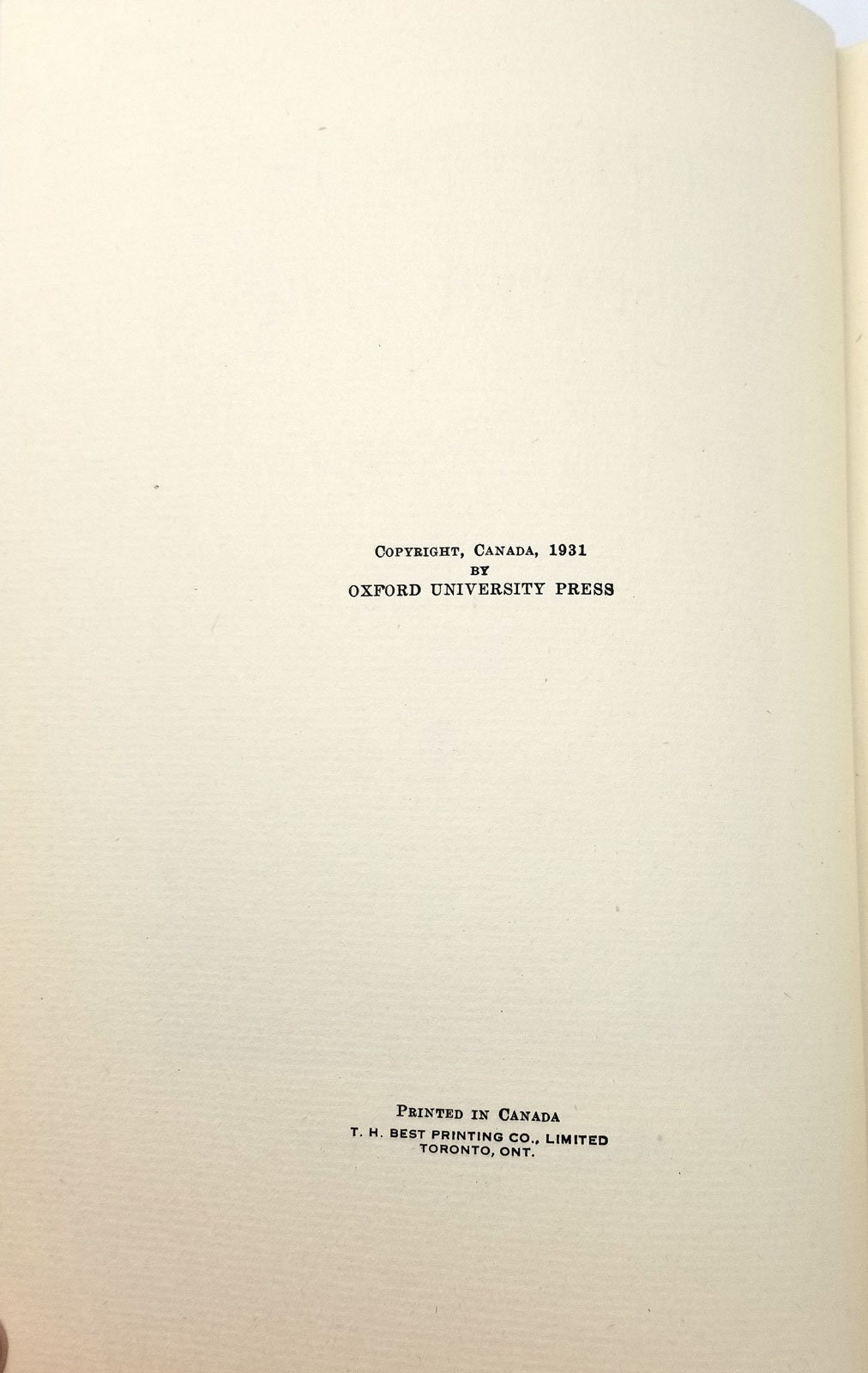 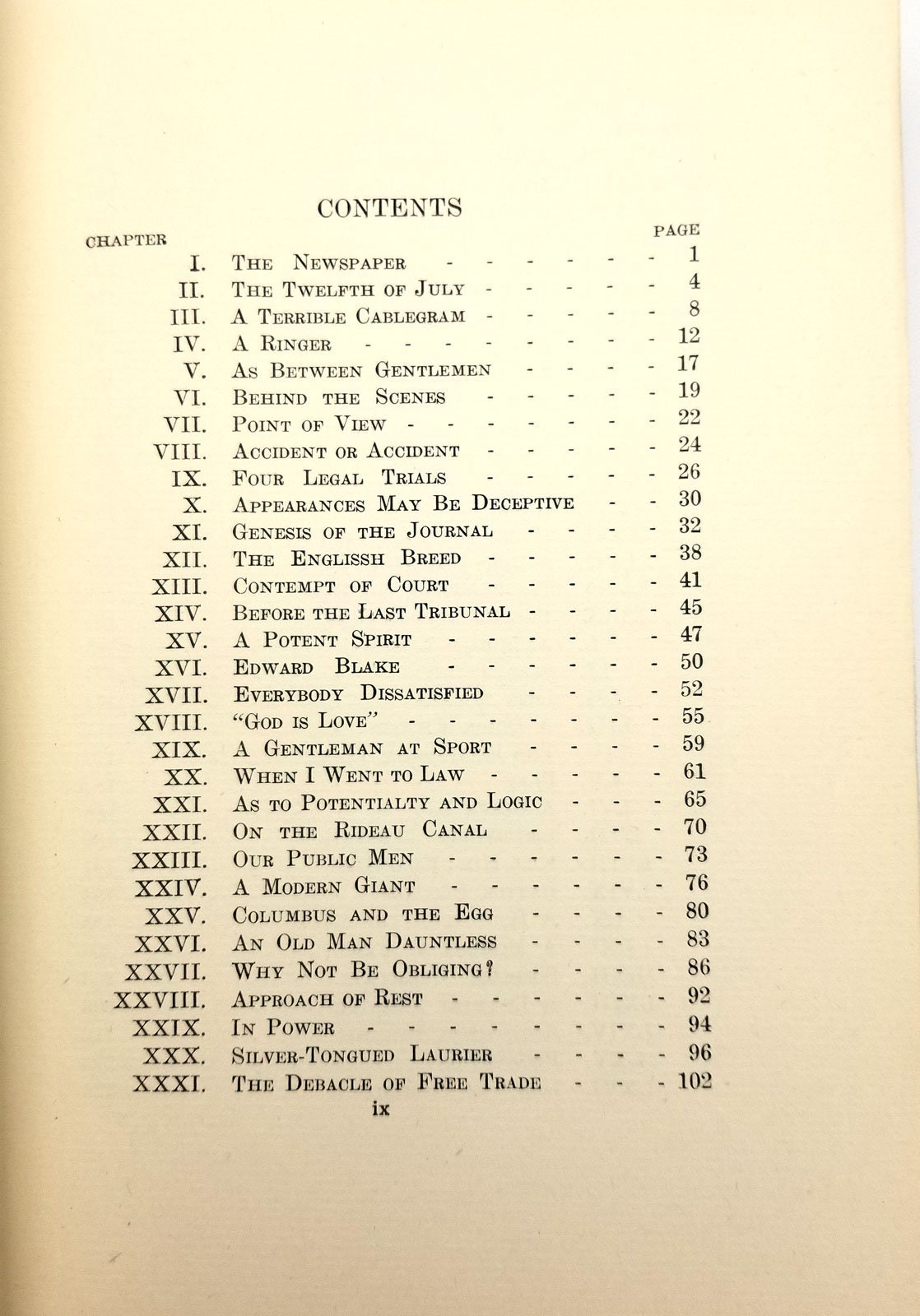 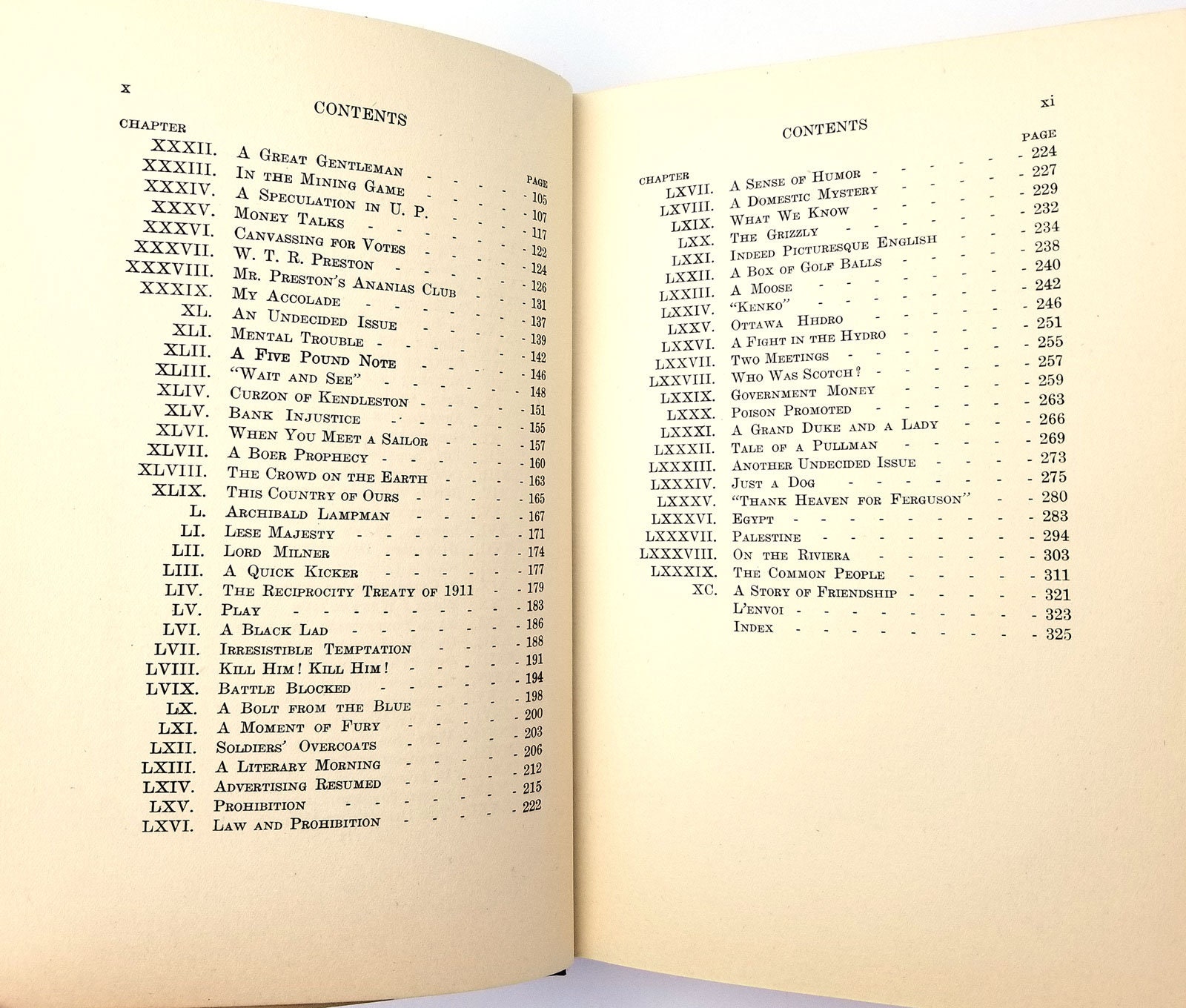 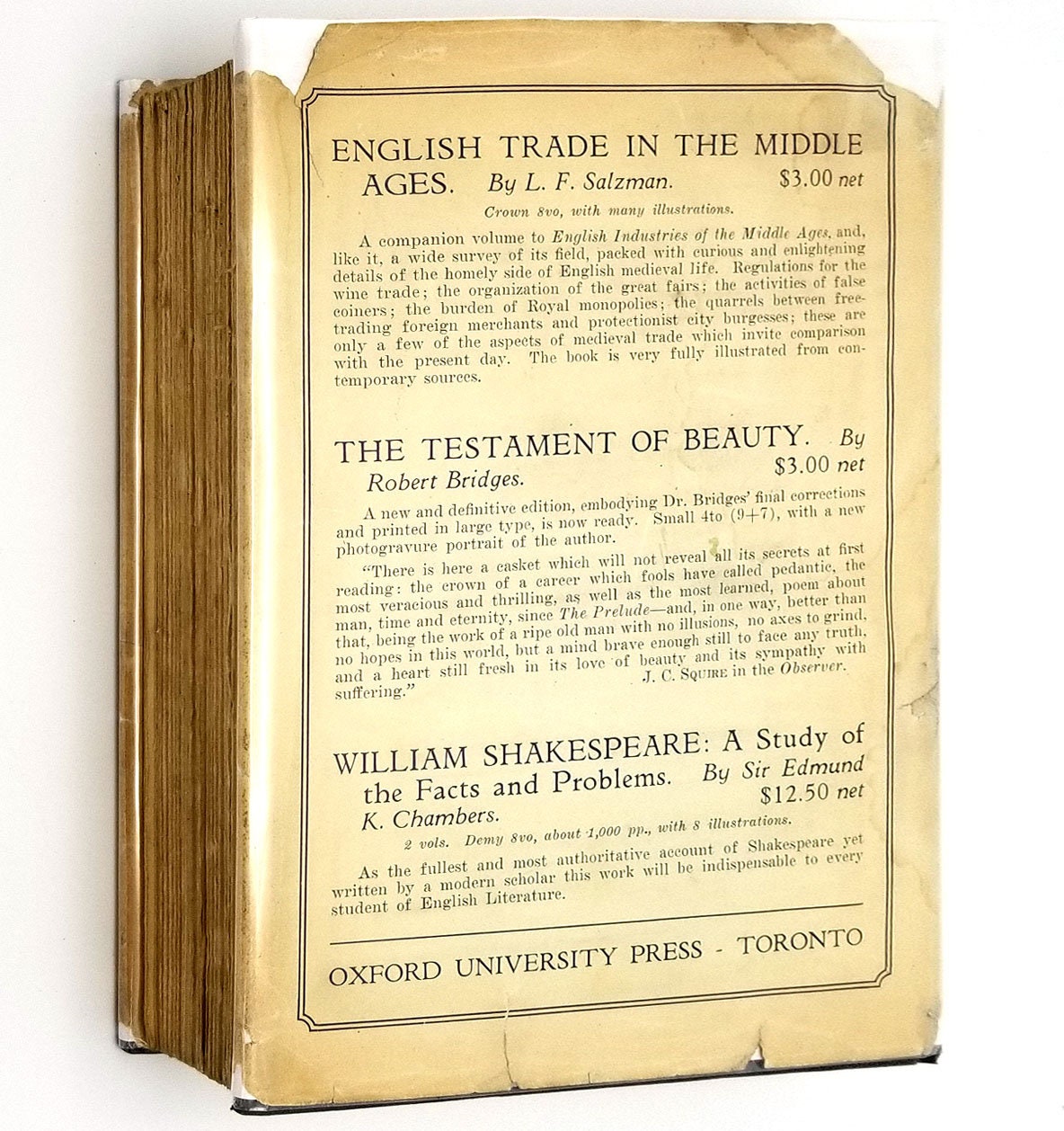 Title: Retrospects of a Newspaper Person

Description: Book has fading/soiling to the top and bottom edges. Light bumping to head and tail of spine. Name & address on ffep. No other marks. Binding is sound. Dust jacket has several water stains and a glass moisture ring on the front. Chipping and closed tears to top and bottom edges. Age toning; heaviest on spine and edges. DJ has been placed in an archival Brodart cover. First edition (SD/NAP), 1931. Rare dust jacketed copy.

P.D. Ross was a Canadian journalist, newspaper publisher, sportsman and ice hockey pioneer builder. In 1886, Ross became co-owner of the near-bankrupt Ottawa Evening Journal newspaper. In 1891 he bought out his partner and made it into a highly successful and respected paper. He served as its president for 60 years during which time he helped found the Canadian Press newspaper association. He was a builder and sometimes player of the Ottawa Hockey Club, later to be known as the Ottawa Senators. With this club, he befriended the sons of Lord Stanley, the Governor-General of Canada. In 1892, Lord Stanley appointed him to be a trustee for his championship ice hockey trophy, known today as the Stanley Cup. He helped found the Ontario Hockey Association in 1890. He played in the first Ontario championship game in 1891 at the Rideau Rink in Ottawa, helping Ottawa win 5-0 over Toronto St. George's.