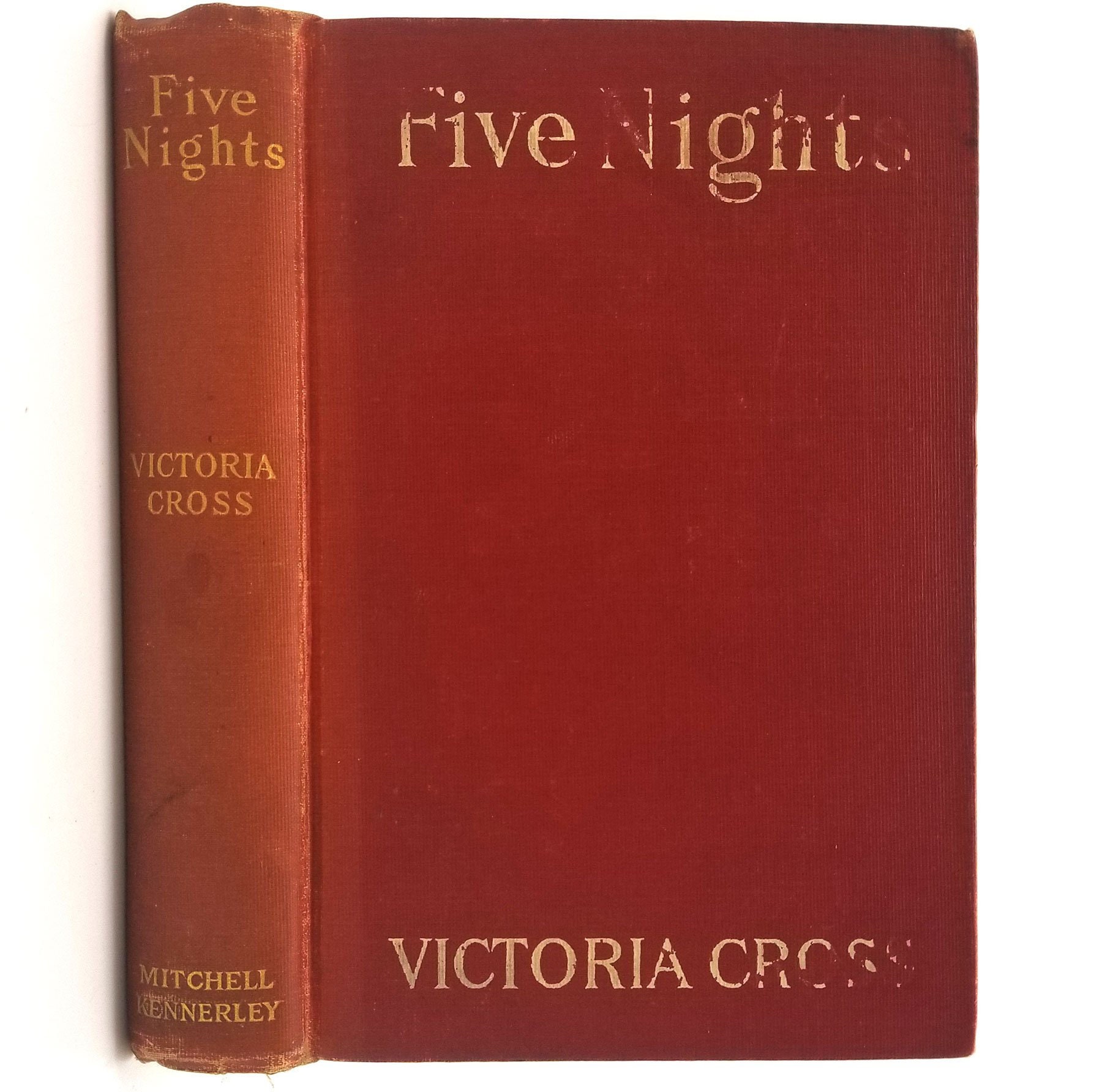 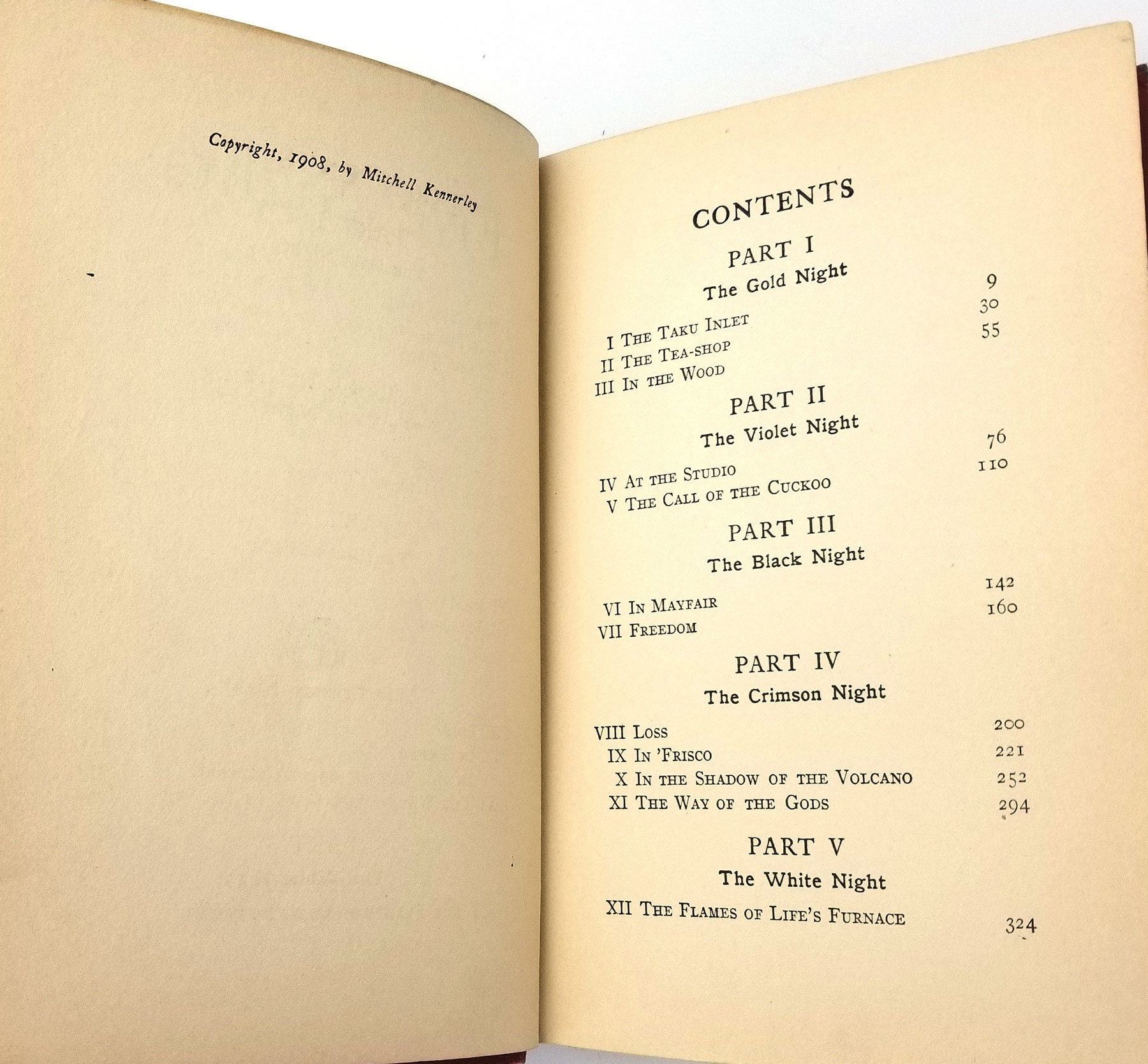 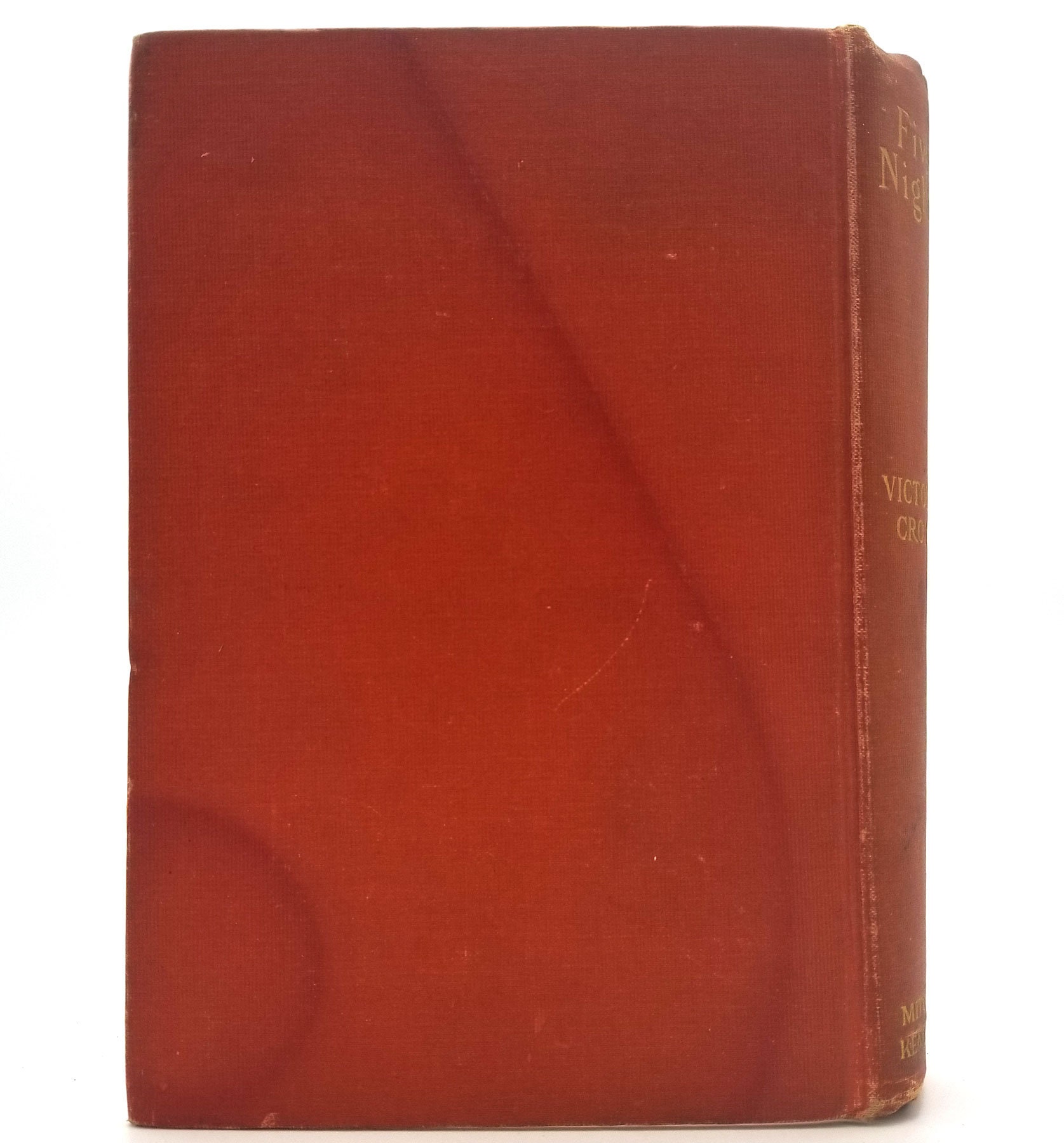 Description: Book is bumped and worn at head and tail of spine. Fore edge corners are worn with a tiny bit of exposed board. Tide marks on rear board. Titles on front are chipped. Slight cracking at front hinge. Pages are free of marks. Binding is firm. 1908, no additional printings indicated.

Written under a pseudonym by Annie Sophie Cory (who also used the pseudonyms Victoria Crosse, Vivian Cory, and V. C. Griffin). Under these names, this British author published several popular, racy, and exotic novels. Cory (1868-1952) was born in and grew up in India and completed her education in England.

In 1915 Five Nights was made into a British silent film, directed by Bert Haldane, which starred Eve Balfour, Thomas H. MacDonald and Sybil de Bray. In 1909, Victoria Cross's "spicy pen," though well regarded in the Review of Reviews, was thought "too vivid" in Omaha, Nebraska and encountered a legal challenge to one of her works and its distribution in that city, it being considered "unfit for general circulation."