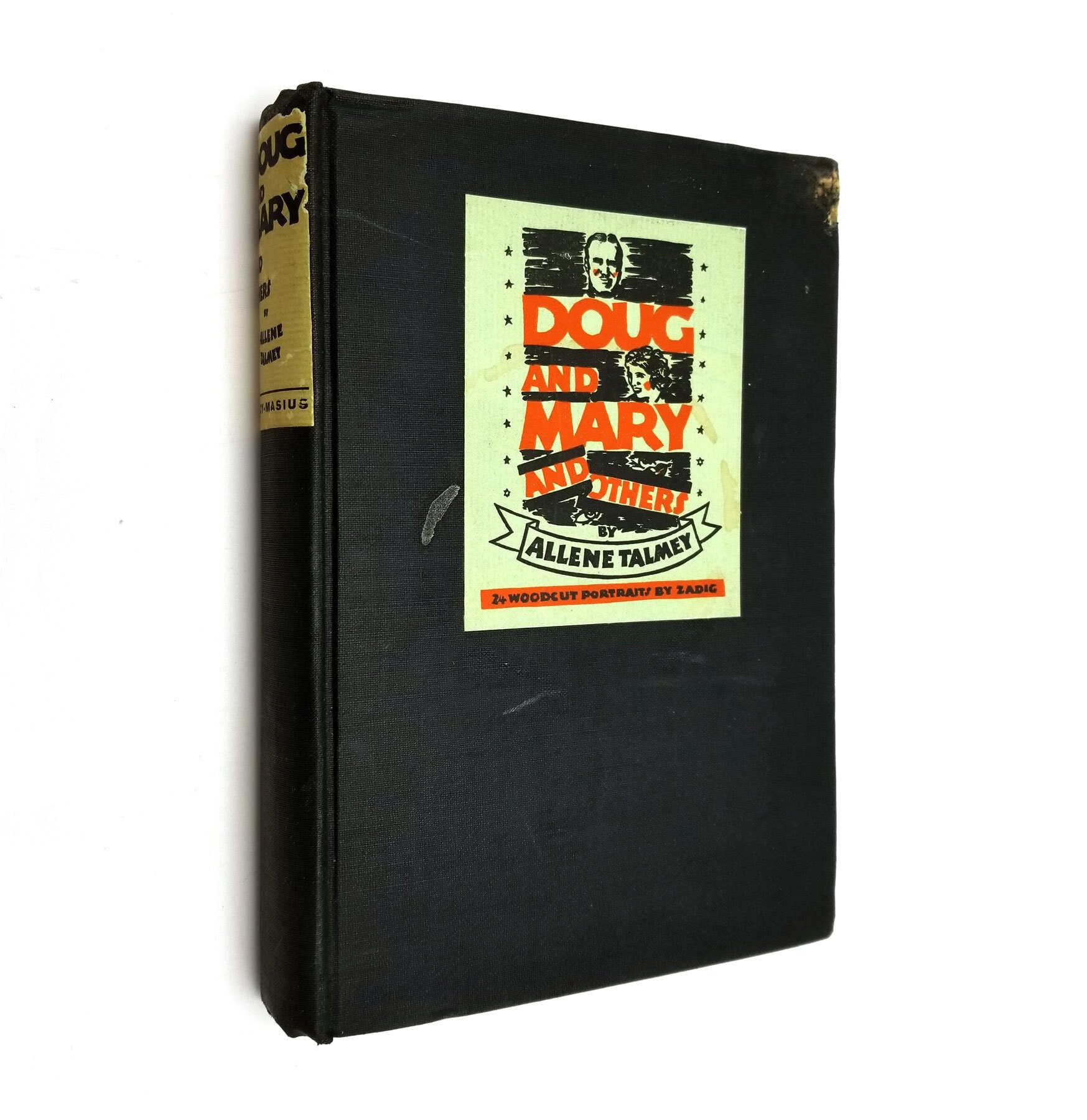 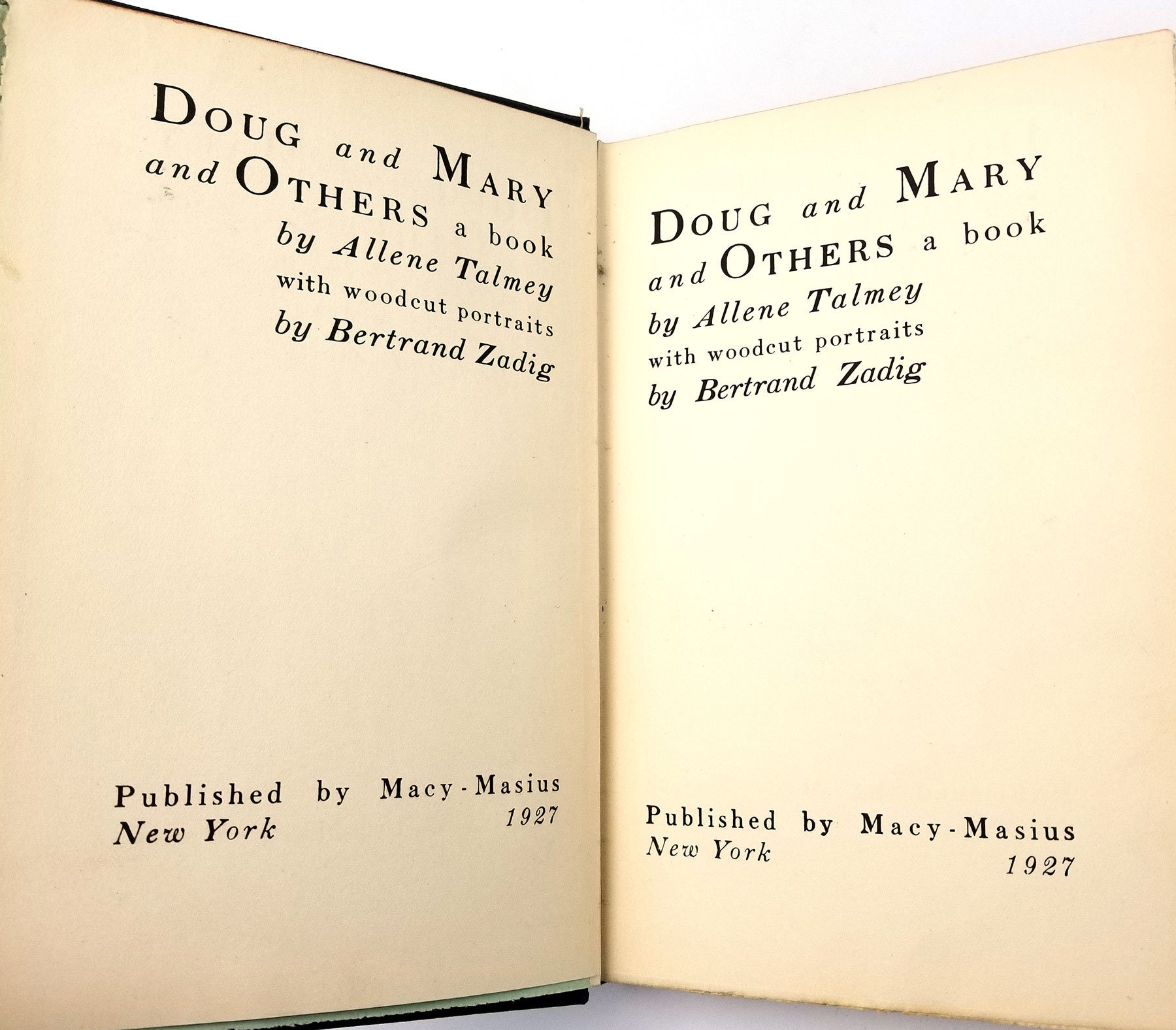 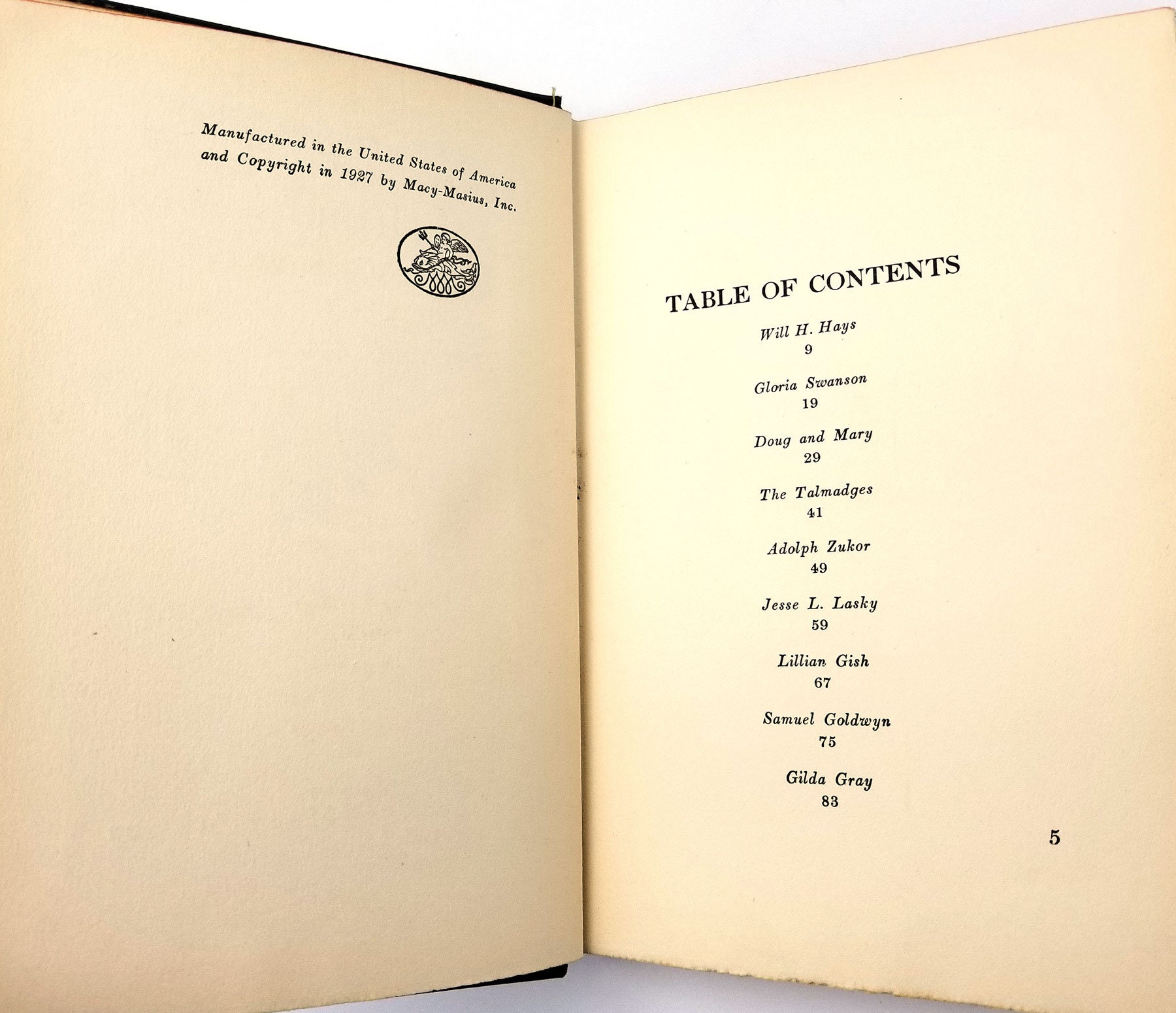 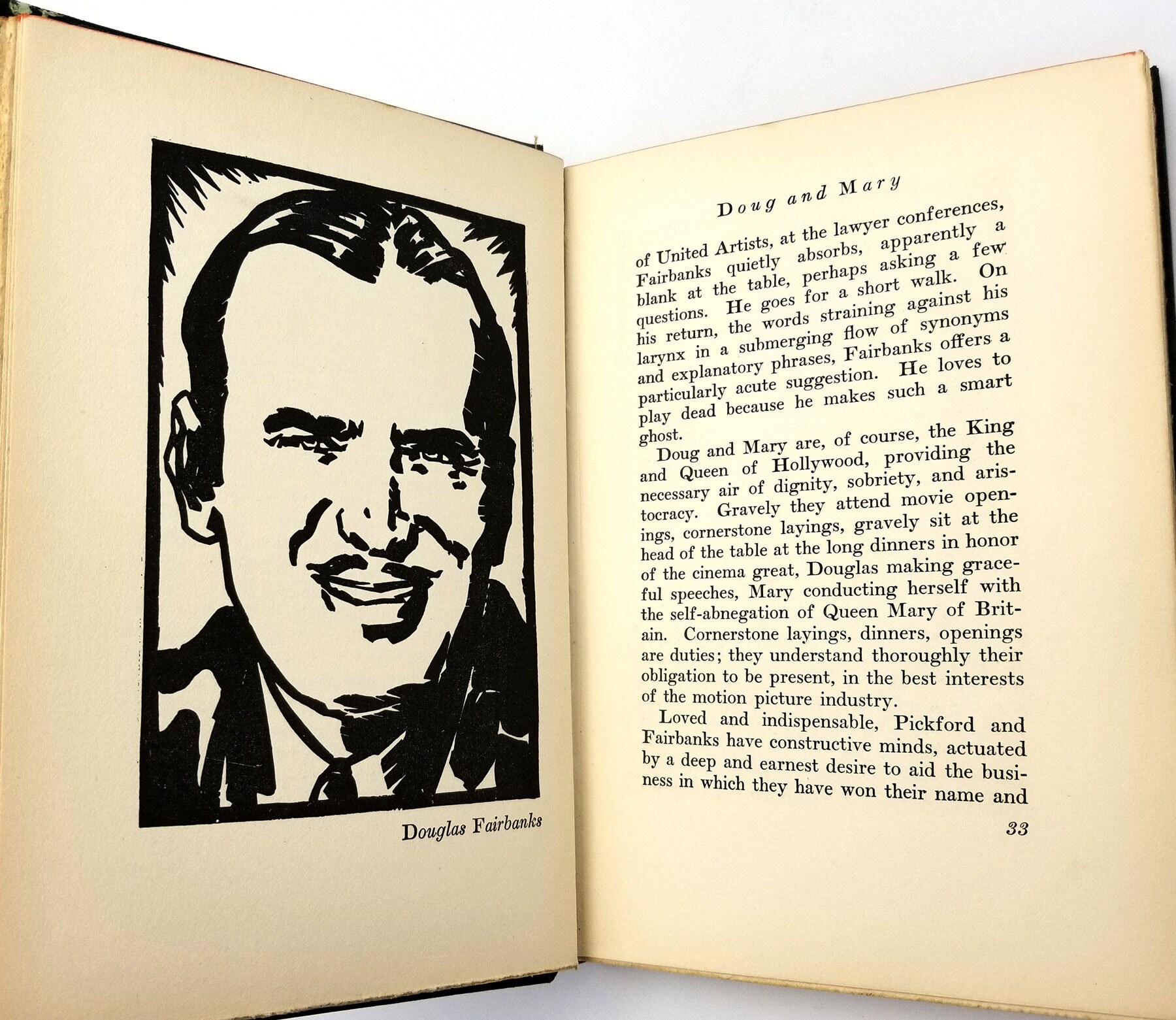 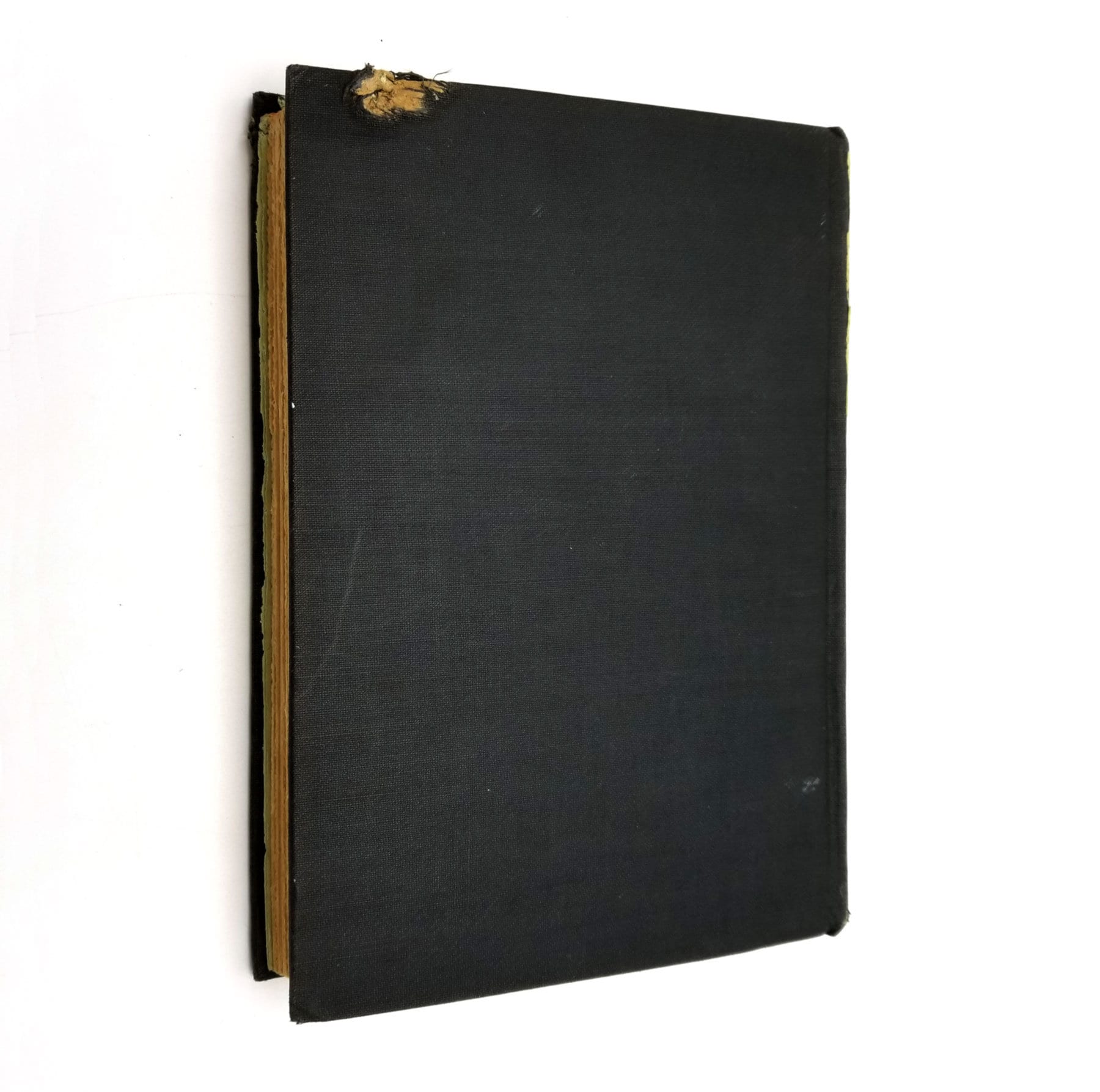 Title: Doug and Mary and Others

Description: Bio-predation to front and rear boards at upper fore edge corners; heavier to rear board. Both boards have small holes in the cloth with areas of exposed board. What looks to be a partial damp-ring stain on front board/paste-on title block. Name of previous owner on ffep. Woodcut portraits by Bertrand Zadig. Paste-on on front is still bright and full intact. Paste-on title block on spine is slightly soiled and chipped along edges. First edition, 1927 (SD).

Allene Talmey (1903-1986) later had a very long career with Vogue magazine, working for them between 1936 and 1971 as a columnist and later as an associate editor. Prior to that she had worked for Vanity Fair, been a newspaper reporter, and also had been a film reviewer for Time magazine.