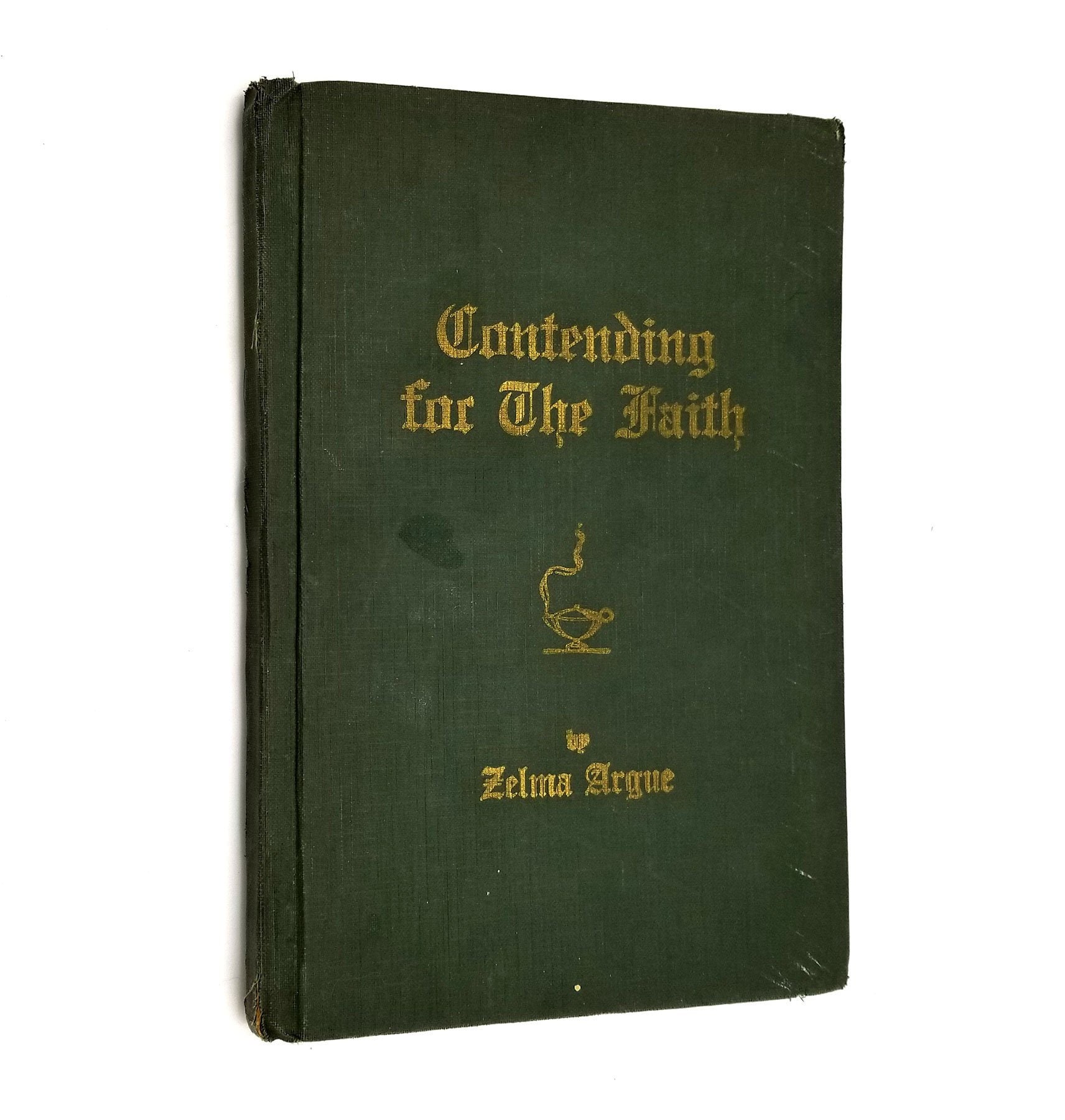 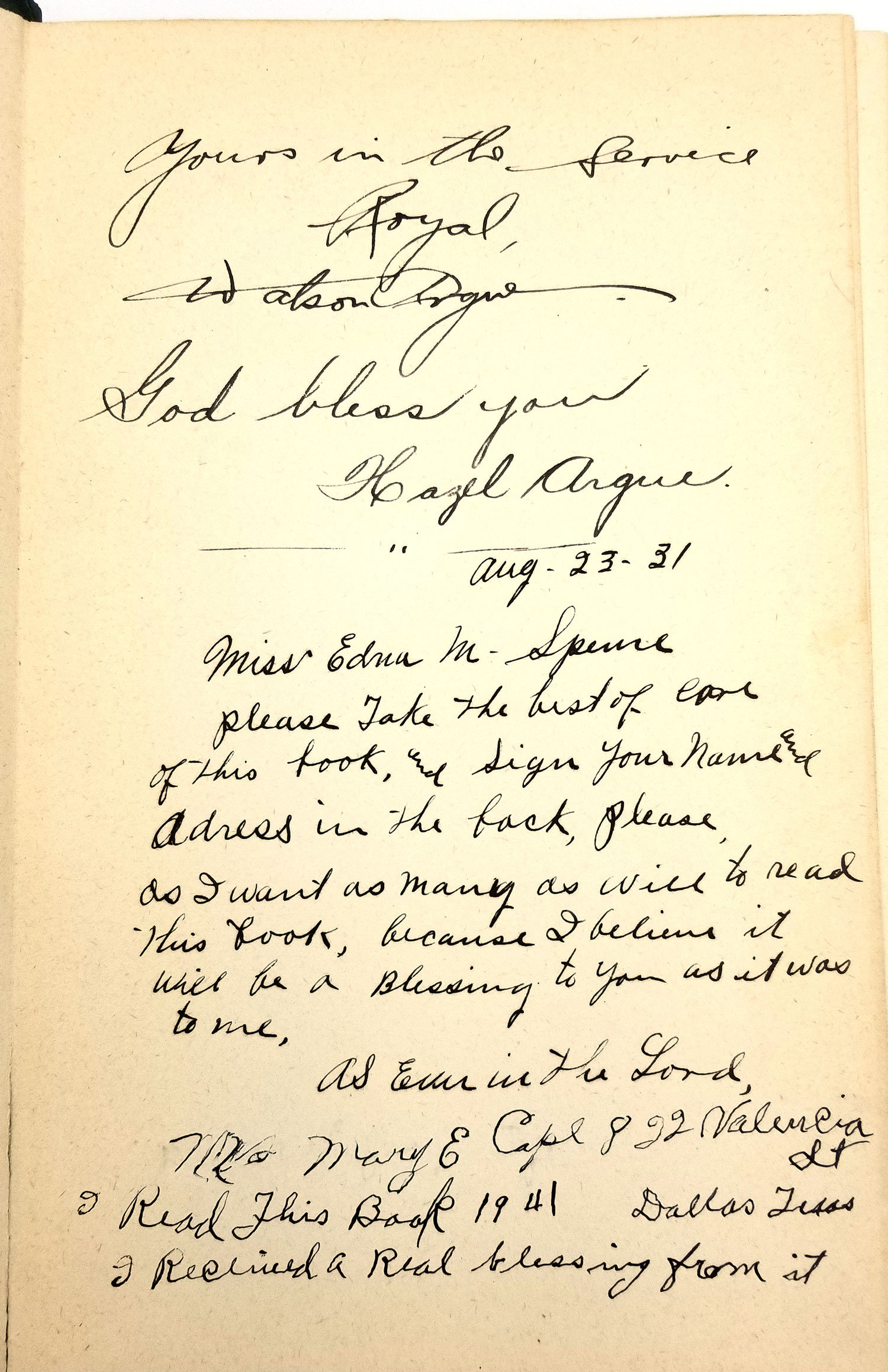 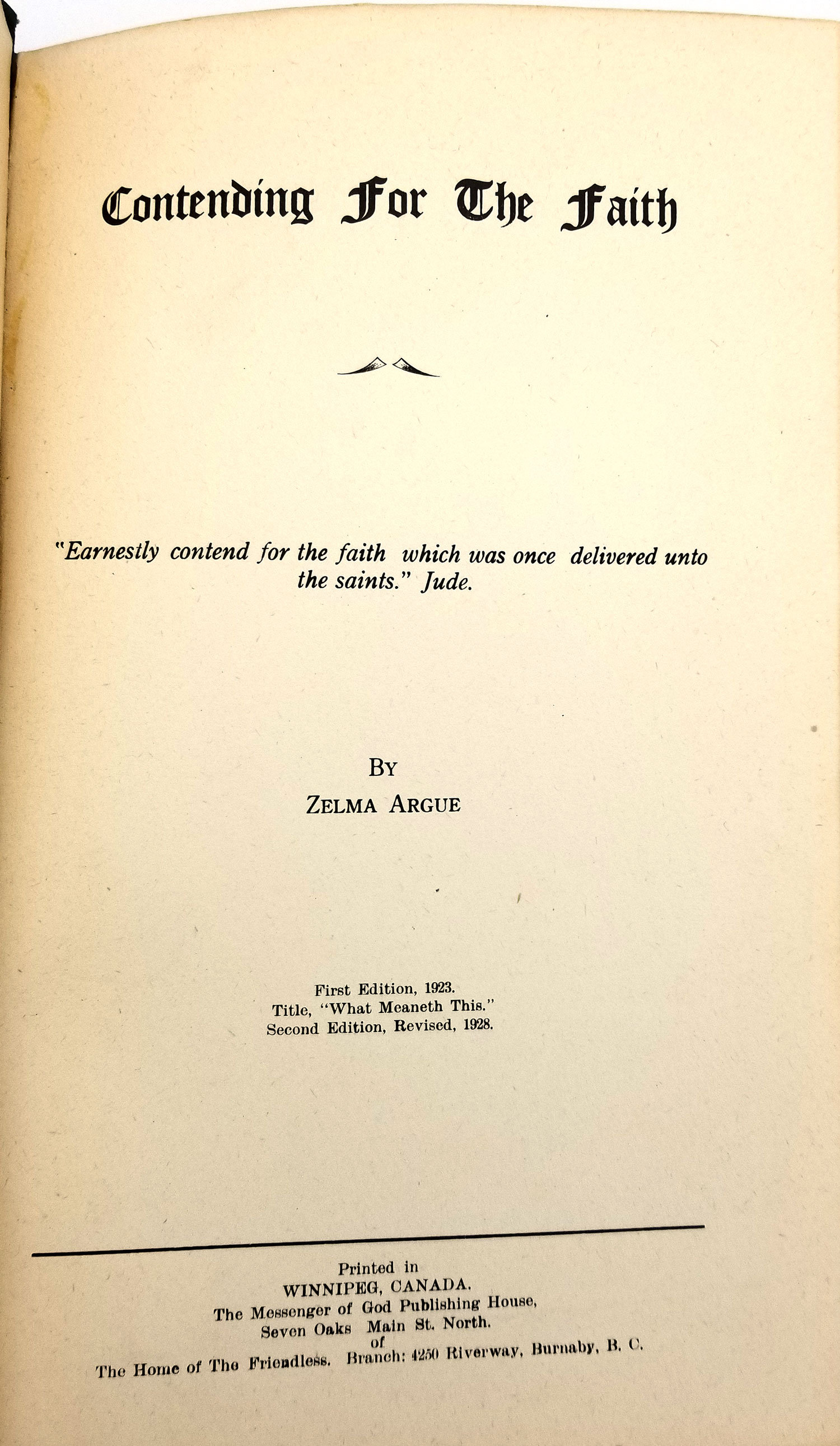 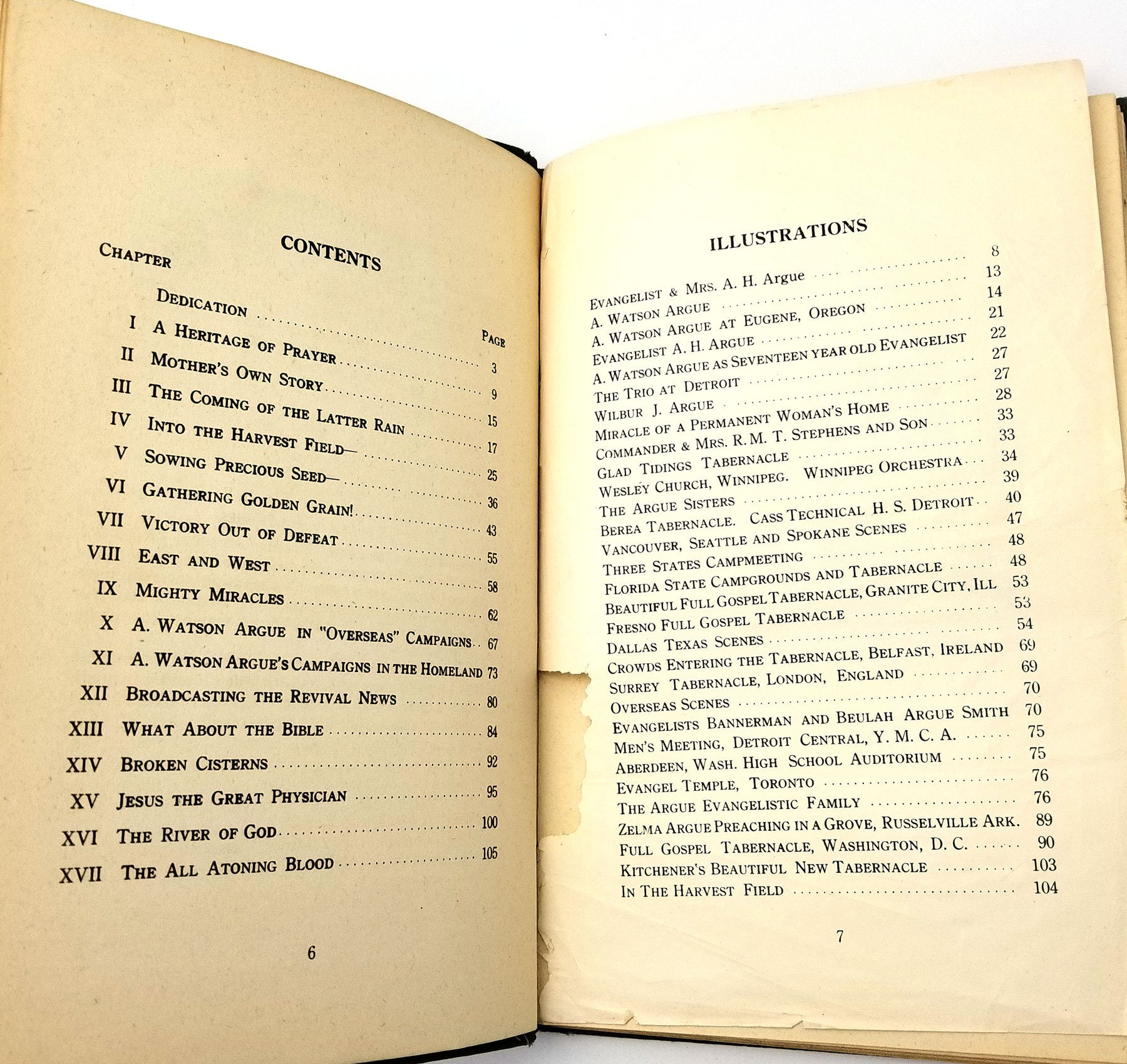 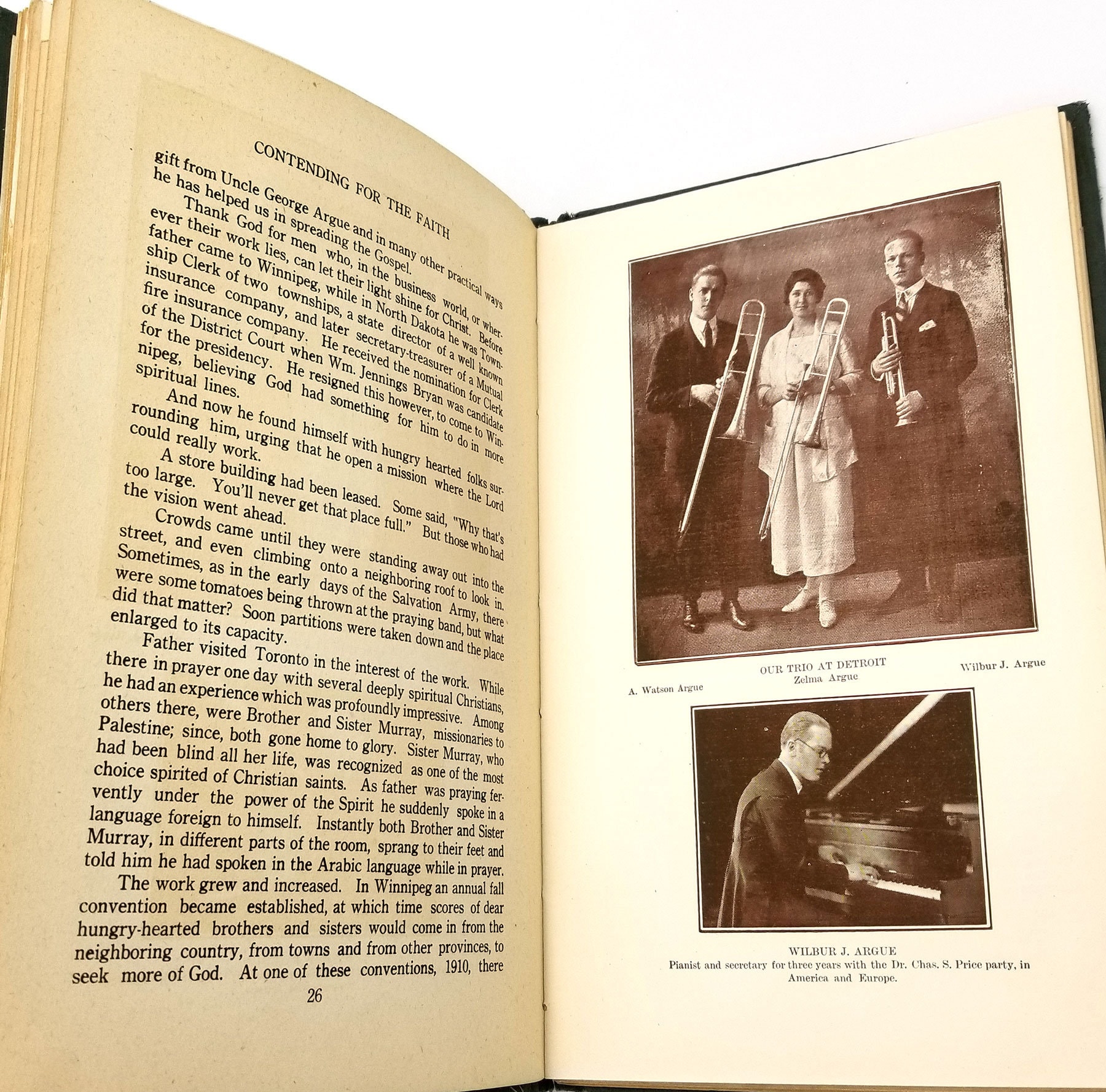 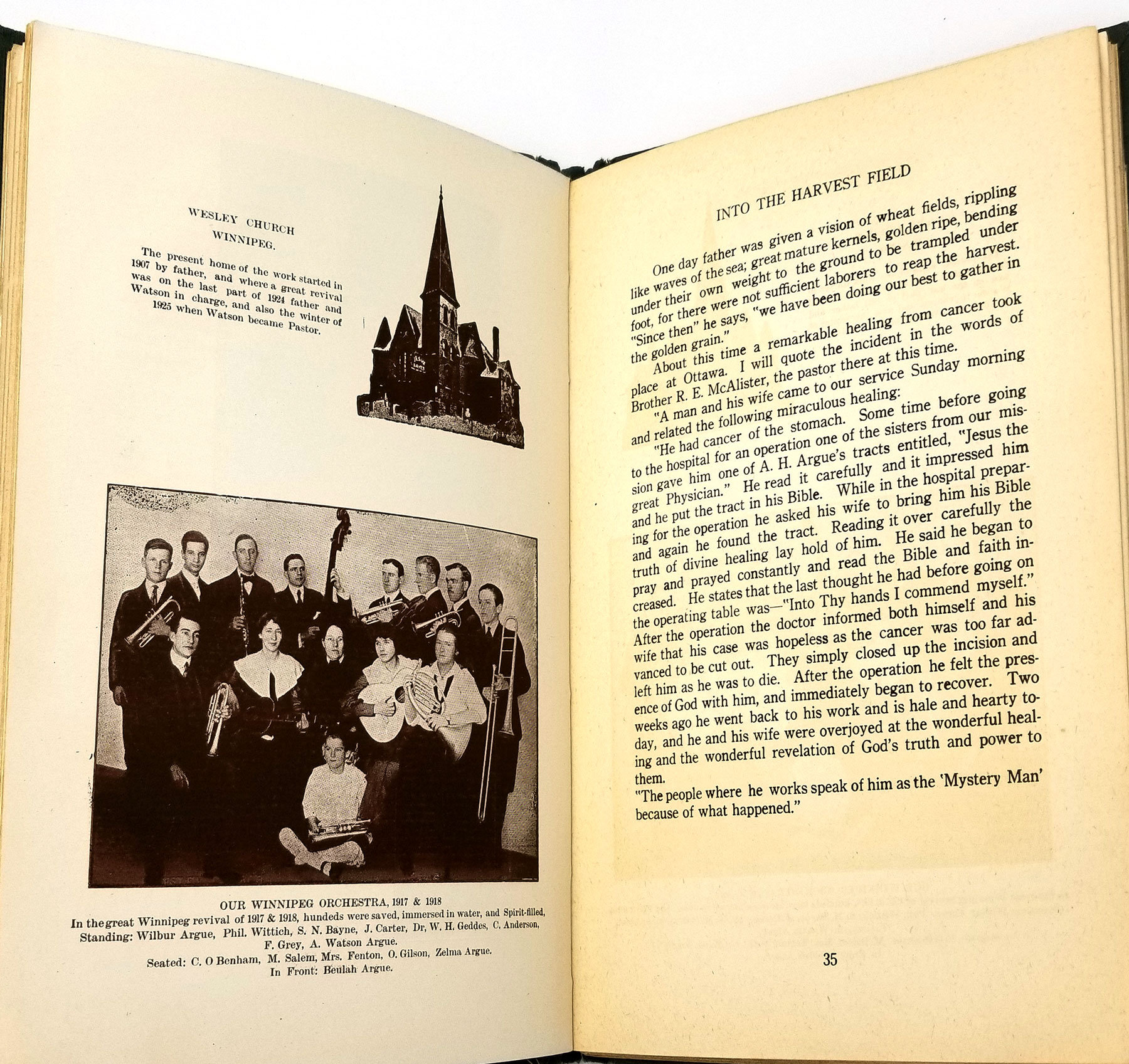 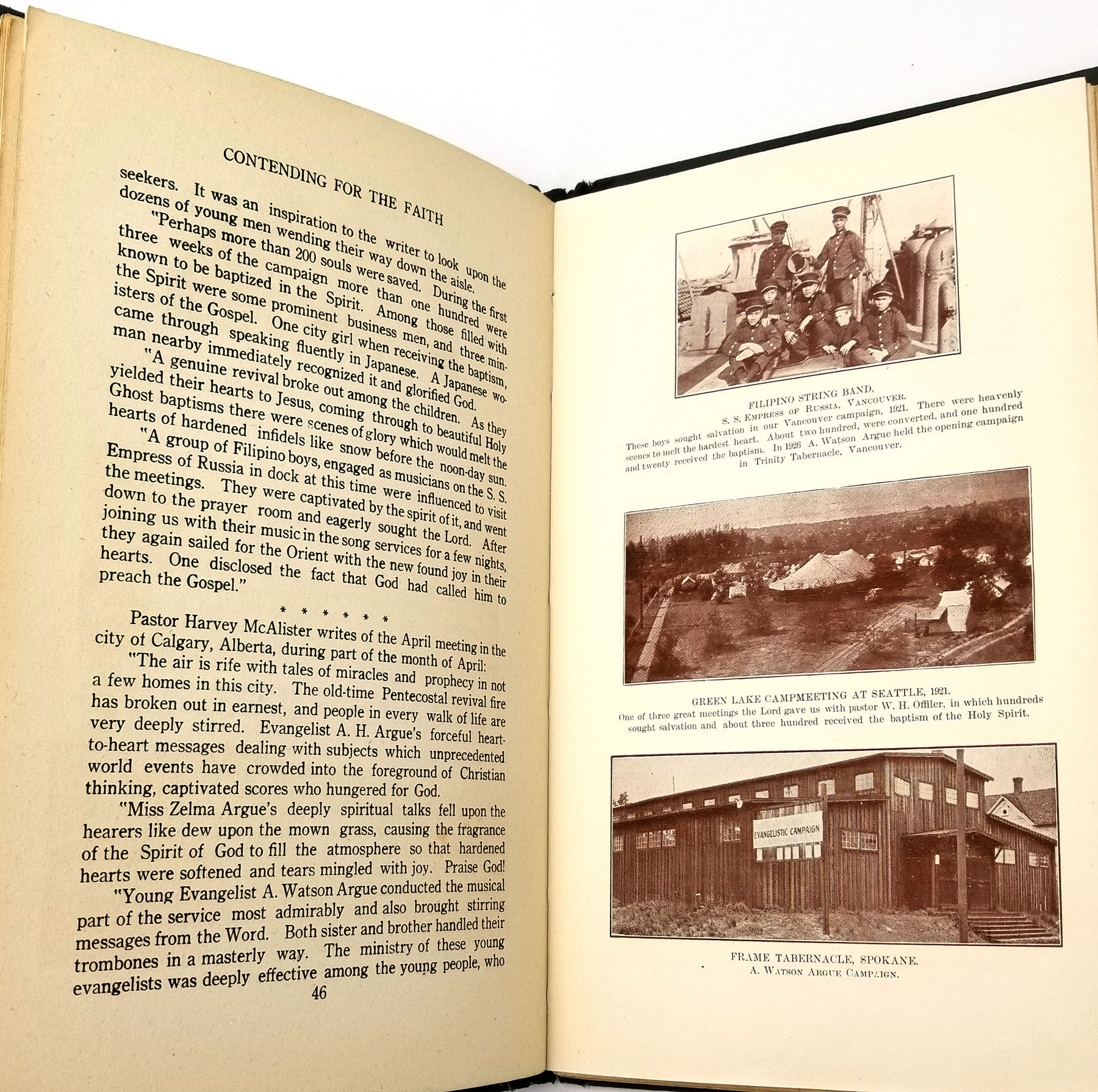 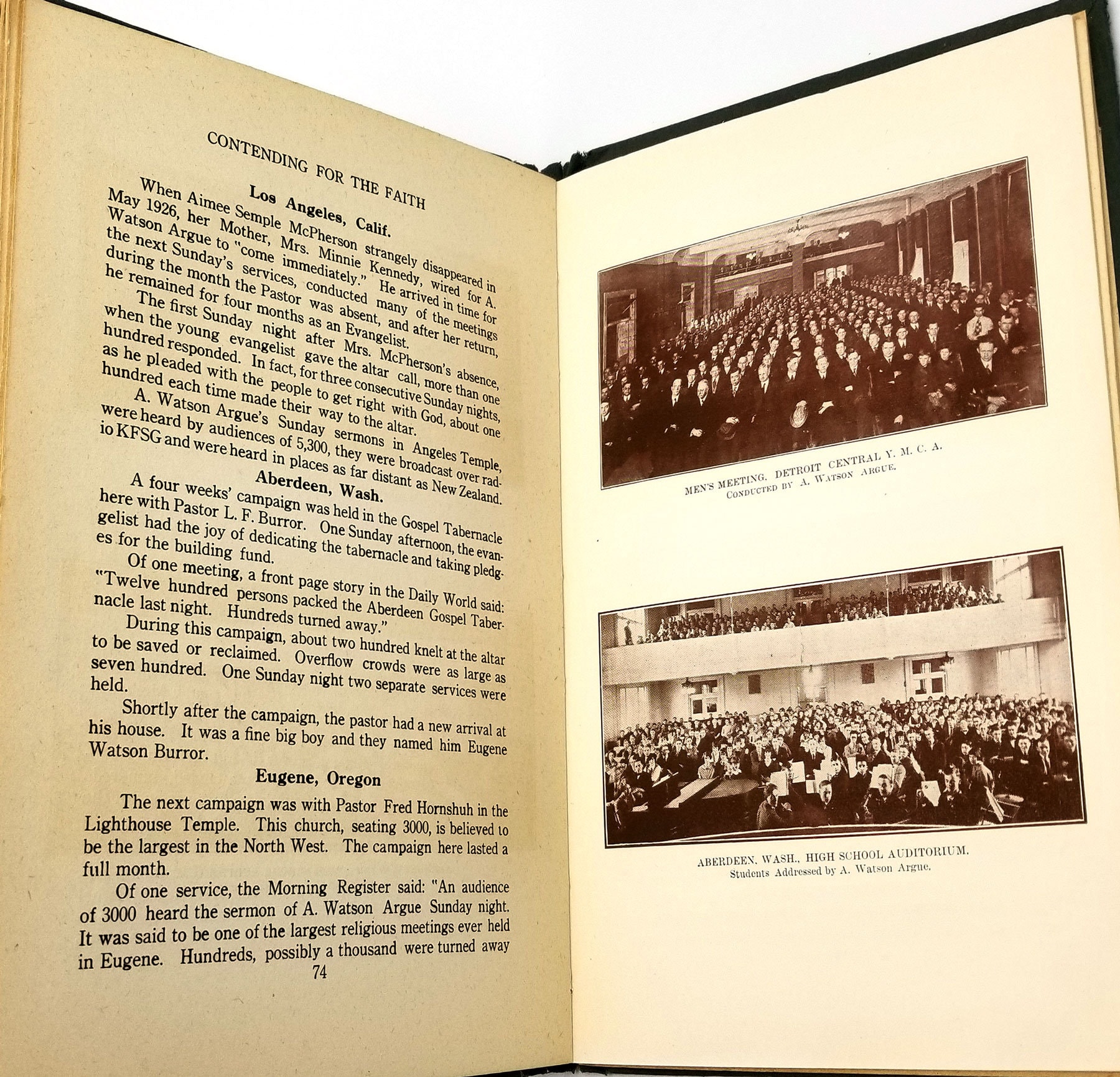 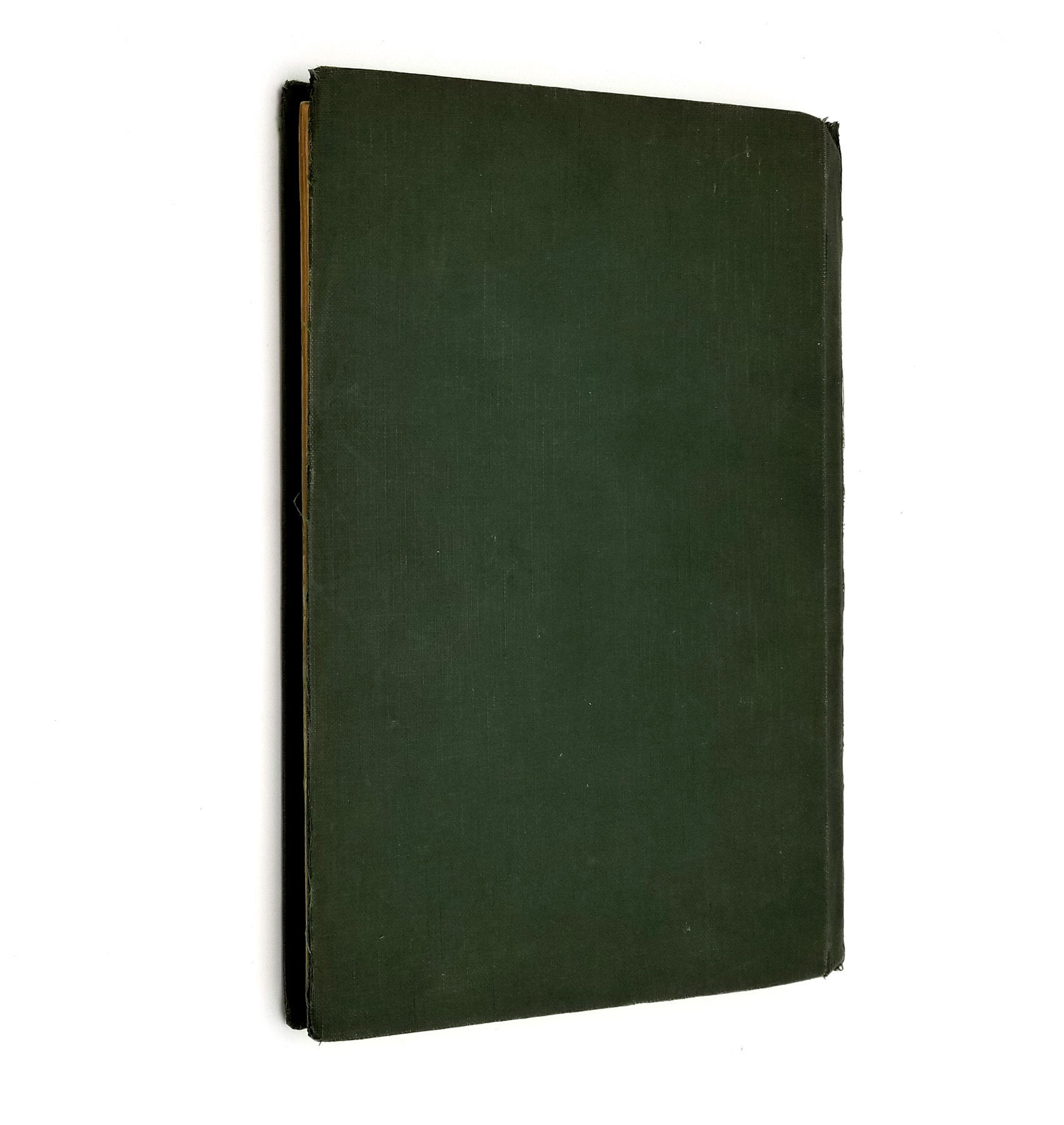 Title: Contending for the Faith (formerly What Meaneth This?)

Description: Book is worn at head and tail of spine; splitting to cloth along spine edges; corners are a little worn and frayed; a few small soil spots; "List of Illustrations" page is chipped at spine edge and creased. Additional note from owner as well as a list of names that continues on the rear fep. Second revised edition, 1928.

An account of the A. H. (Andrew Harvey) Argue (1868-1959) and his mission's work. He is considered to be "the greatest Pentecostal evangelist Canada produced" and as a Methodist "ranter." The revival work documented here was also accomplished alongside his children, among them the most notably referenced is Watson (this volume happens to be inscribed by Hazel Argue, Watson's wife). A. H. Argue was born near Ottawa (Ontario) at Fitzroy Harbor. The ministry was based for a considerable time in Winnipeg at the Wesley Church. He was inspired by the Latter Rain Movement and an advocate of the Holiness Movement.

The book documents a lot of traveling to revivals and campmeetings all across both Canada and the United States. One chapter documents Watson's campaign in Europe with stops in Bangor and Belfast, Ireland, and at the Surrey Temple in London; another chapter covers his North American tour with specific notes for the stops in Nampa & Gooding (ID), Vancouver (BC), Ottawa, Los Angeles, Aberdeen (WA), Eugene, Quincy & Alton (IL), Kitchener, Toronto, Sherburn (MN), Washington DC, Concord (NC), and Detroit.

Features 31 photographs, including Argue family members and associates, campmeetings, various churches and tabernacles, and the audiences of revivals and speaking engagements, etc..