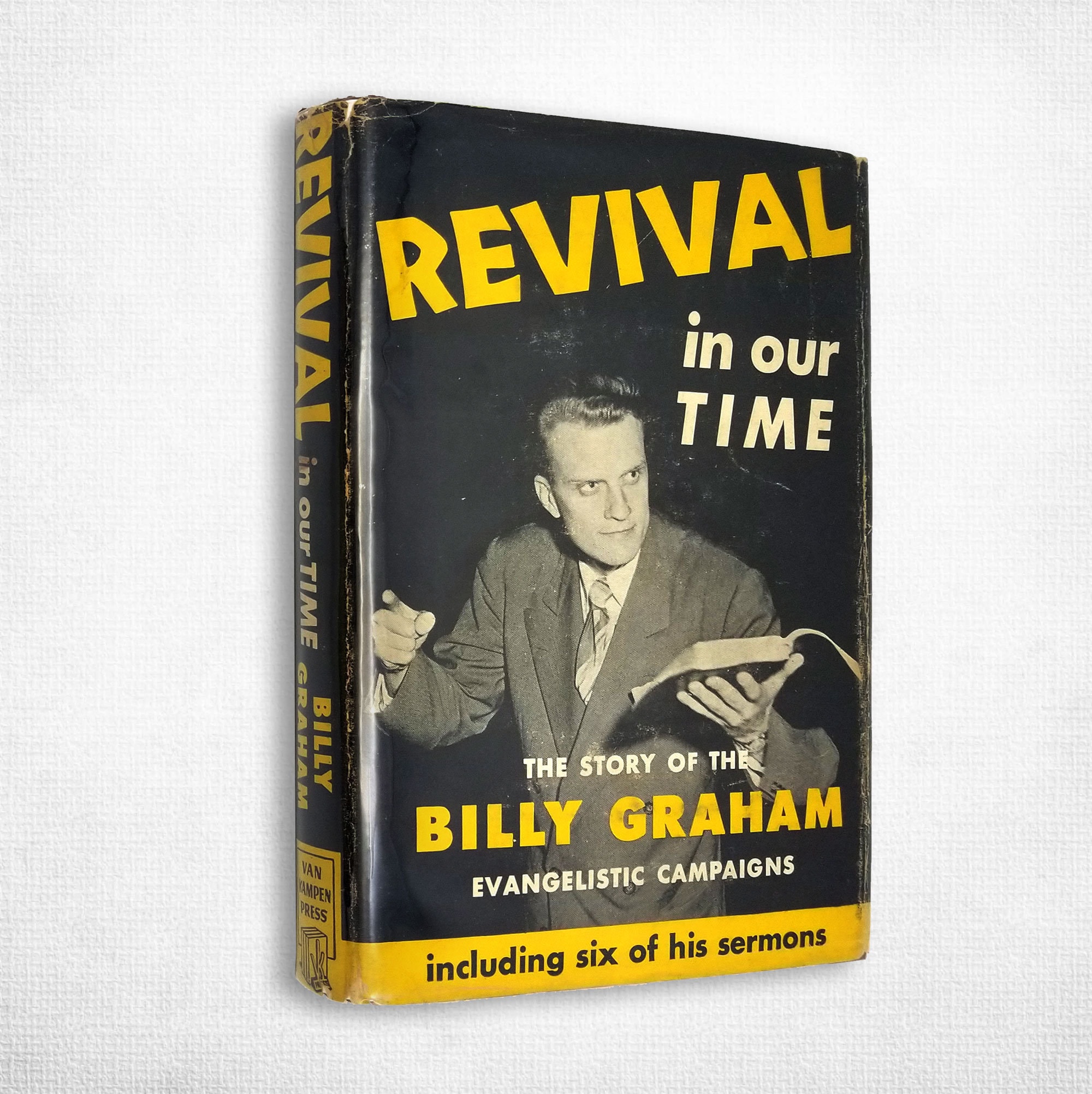 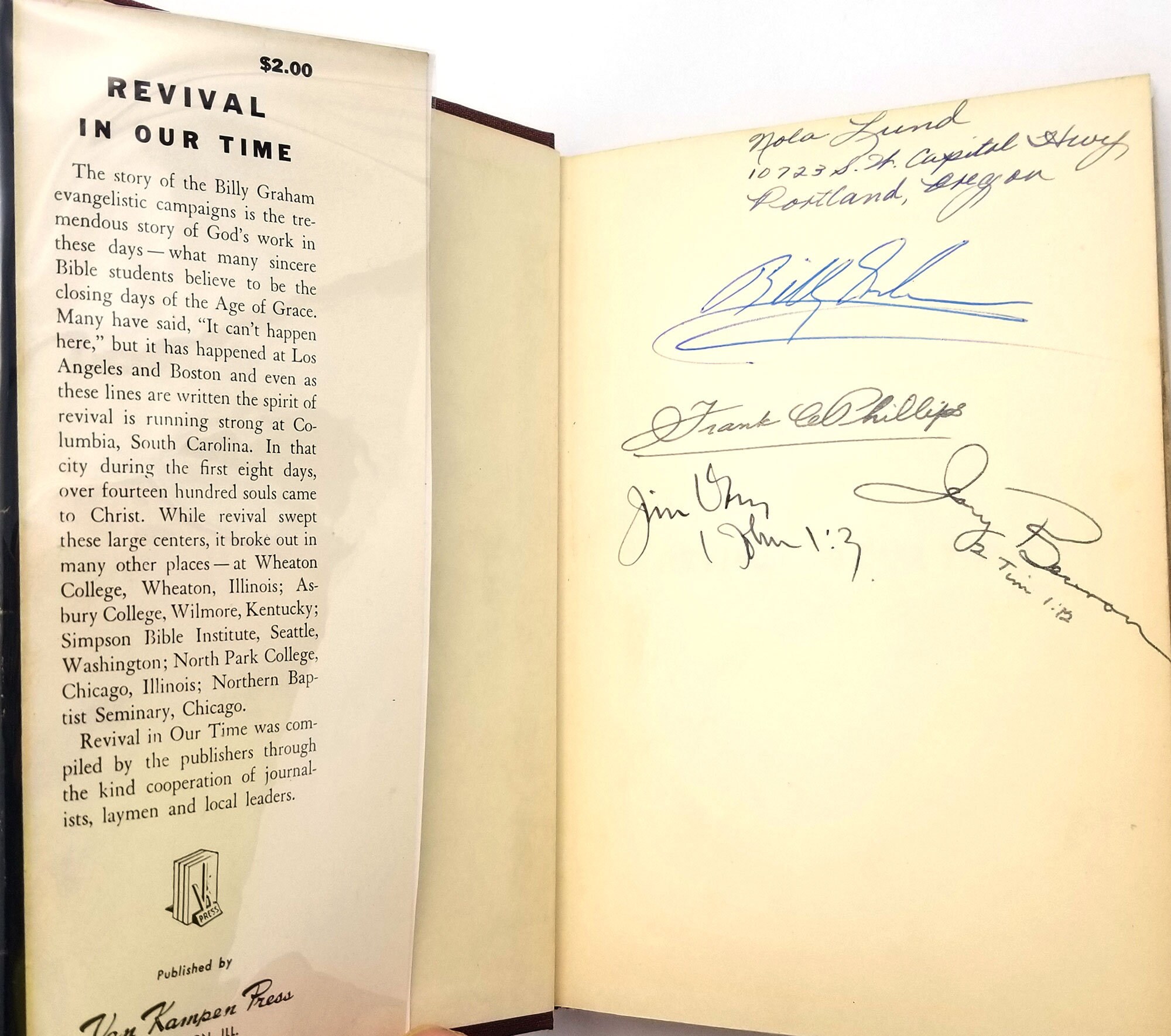 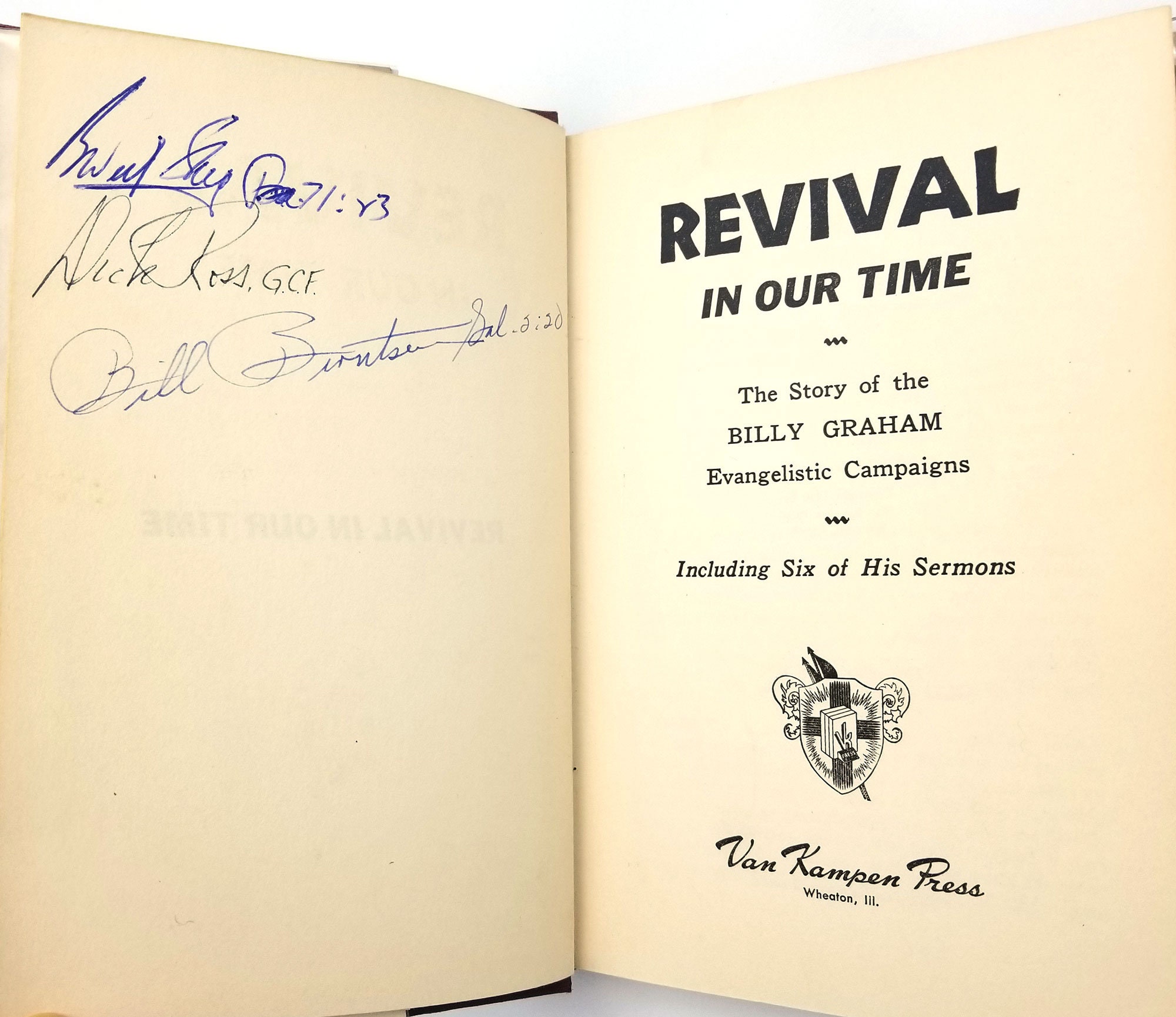 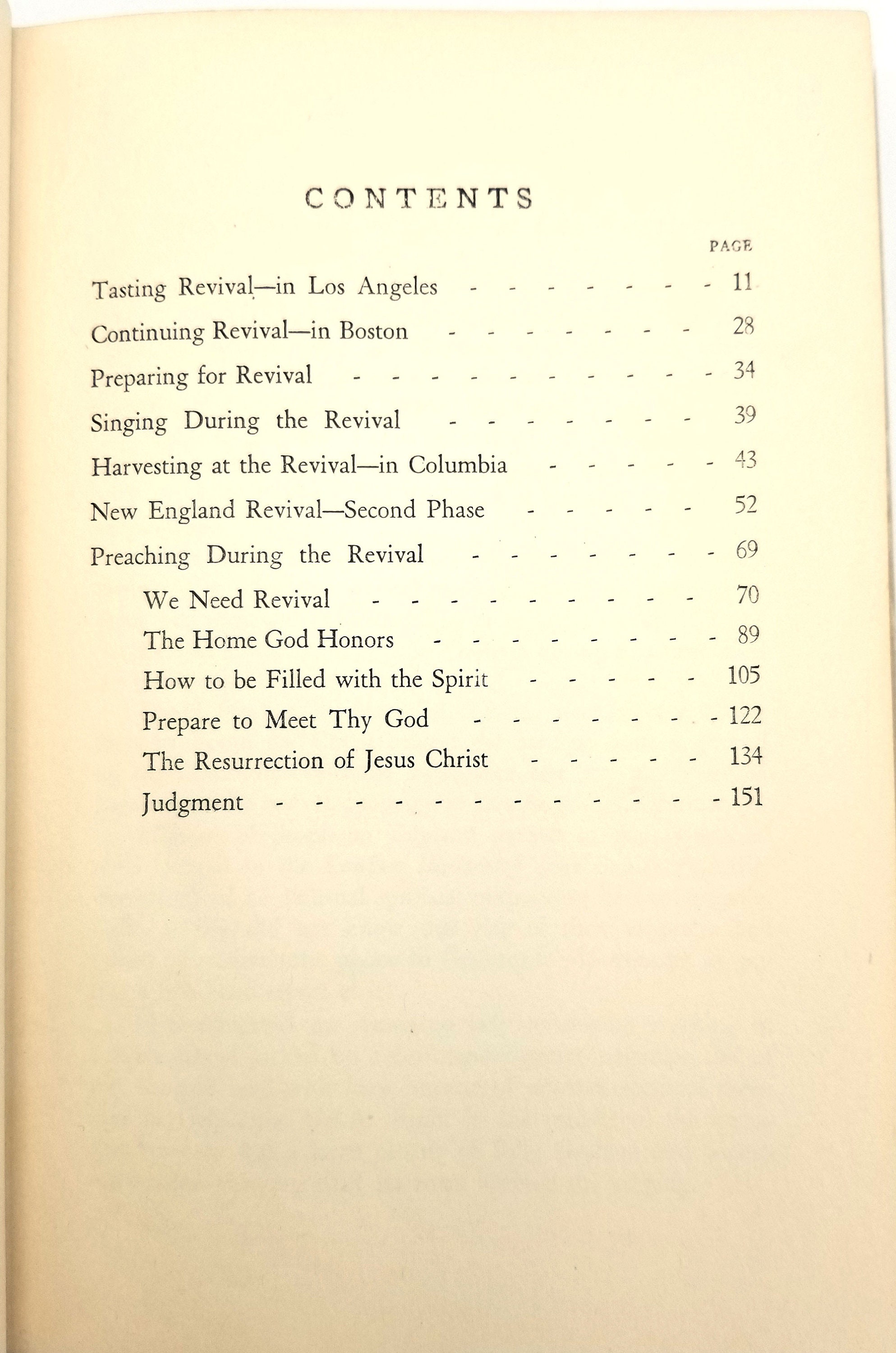 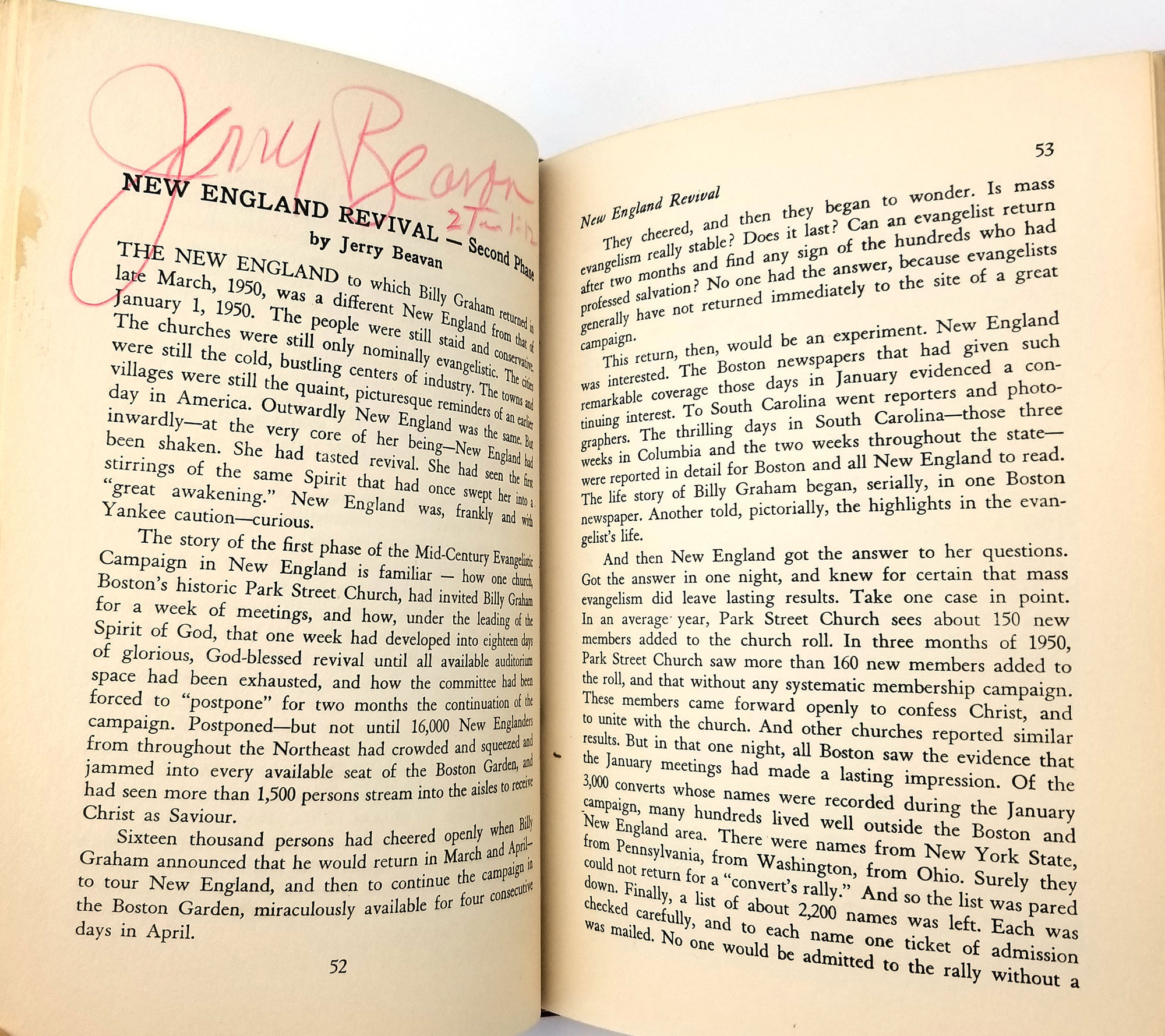 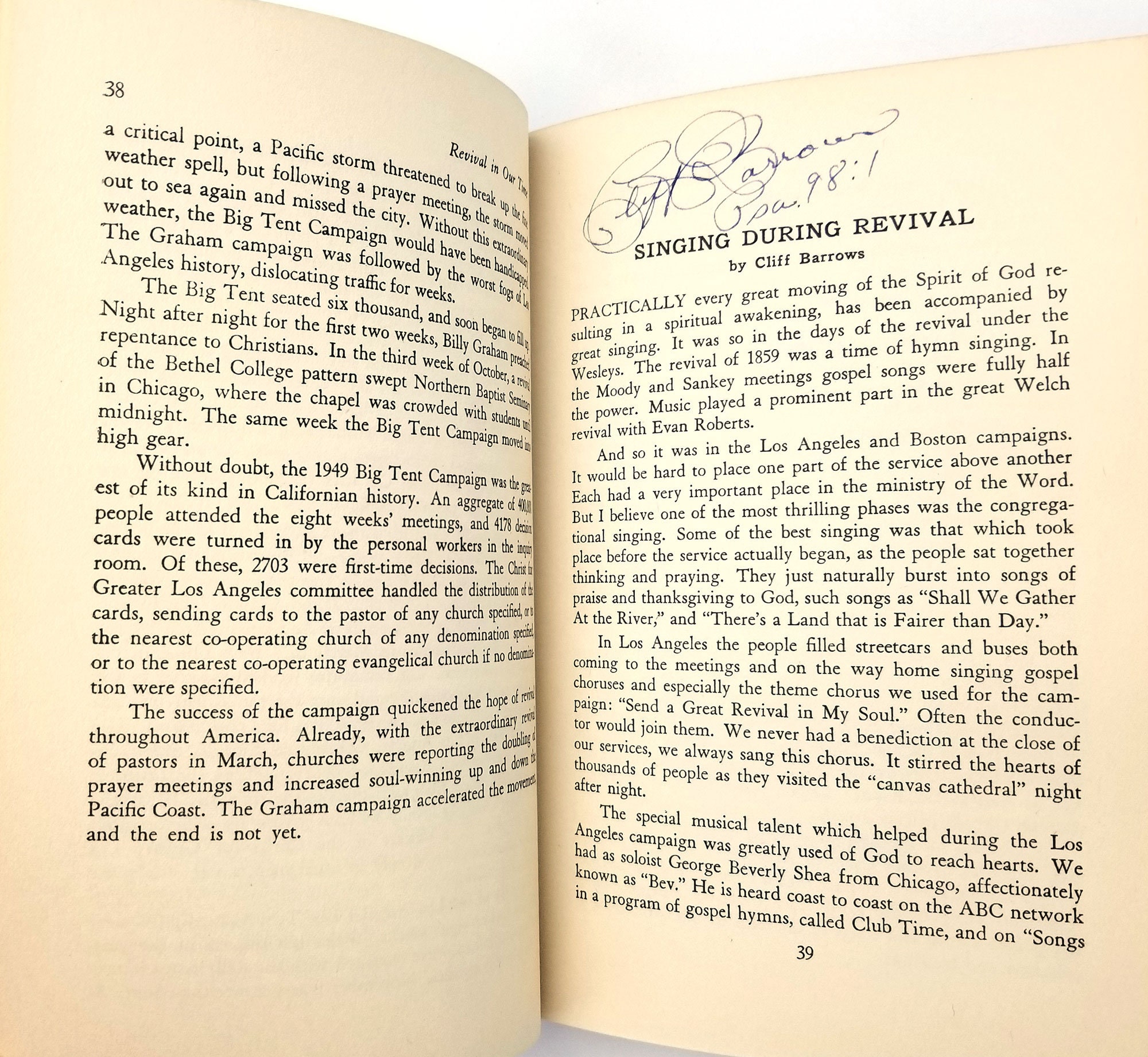 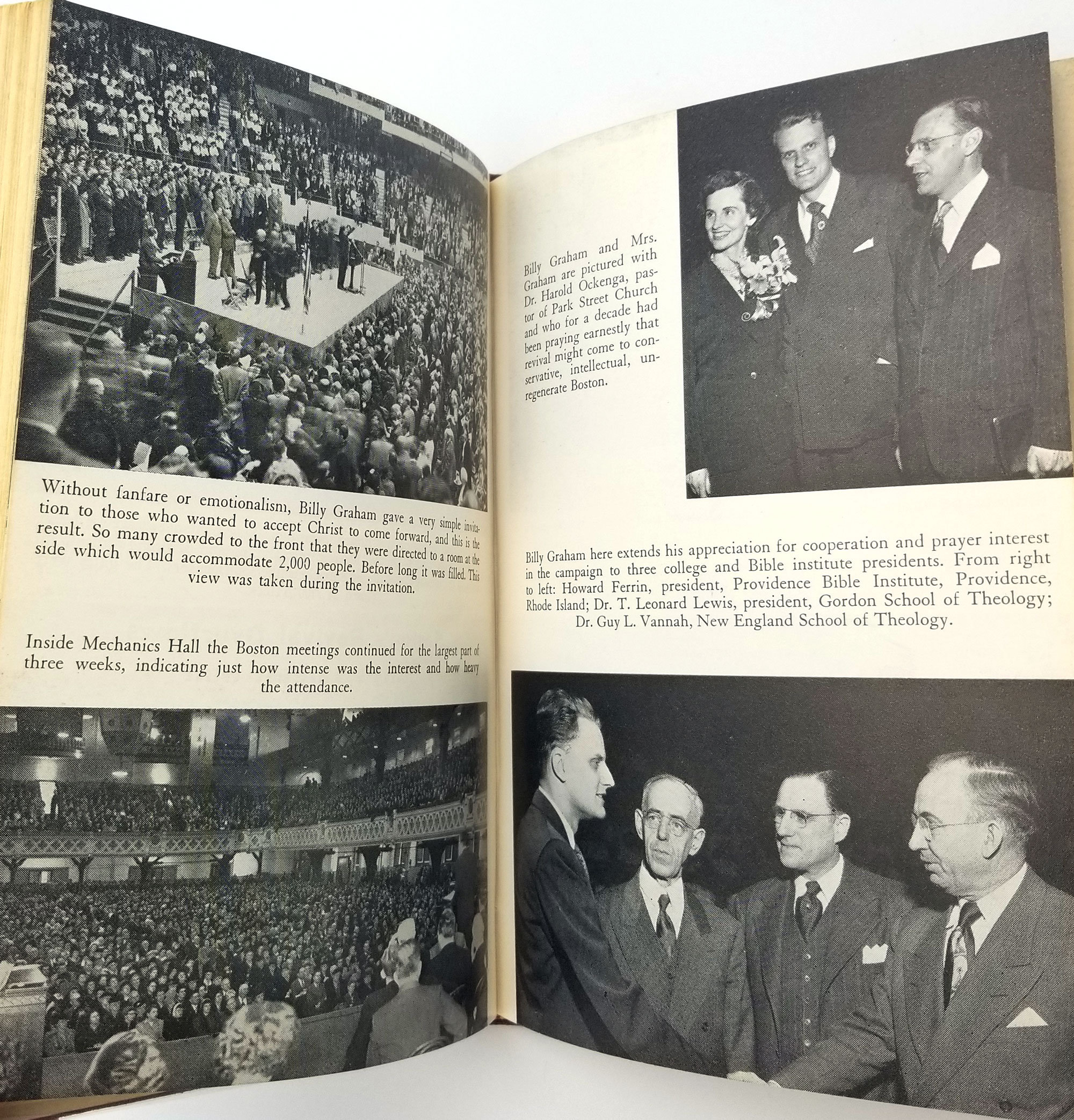 Title: Revival in Our Time: The Story of the Billy Graham Evangelistic Campaigns

Description: A rare signed and jacketed copy of one of Graham's earliest books. Second (Enlarged) Edition, May 1950. Featuring multiple signatures from many prominent members of the Billy Graham team who were present at the Portland Crusade, as well as Frank Phillips, the Director of the Greater Portland Gospel Crusade.

Signatures of Billy Graham, Frank C. Phillips (Director of the Greater Portland Gospel Crusade), Jerry Beavan (Graham's Executive Secretary at the time), Beverly Shea (song leader and hymn composer), Bill Berntsen (Graham's organist), Cliff Barrows (song leader/choir director), and Dick Ross G.C.F. (Great Commission Films) (Ross directed the movie about the historic Portland crusade called "The Portland Story" which was later renamed "Mid-Century Crusade." G.C.F. soon after was acquired by the Billy Graham Evangelistic Association and was then renamed the Billy Graham Evangelistic Film Ministry.) There is another signature, which although we are not certain, may be that of Jim Vaus, the notable criminal underworld wiretapper and convert of Billy Graham, who was a publicly promoted and featured guest during the Portland Crusade.

The Portland Crusade of 1950 (July 23 - Sep 4) was the second largest revival in American history up to that point, having only been surpassed by Billy Sunday's New York revival of the early 1920's. The six-week Portland crusade had a recorded attendance of 652,000. Brown cloth boards with gilt titles. Some sunning to the boards. A few pages have spots of soiling. Dust jacket shows a little bit of edge wear, rubbing, and has some very small chips; not price clipped. DJ is in an archival mylar sleeve. B/w photos.