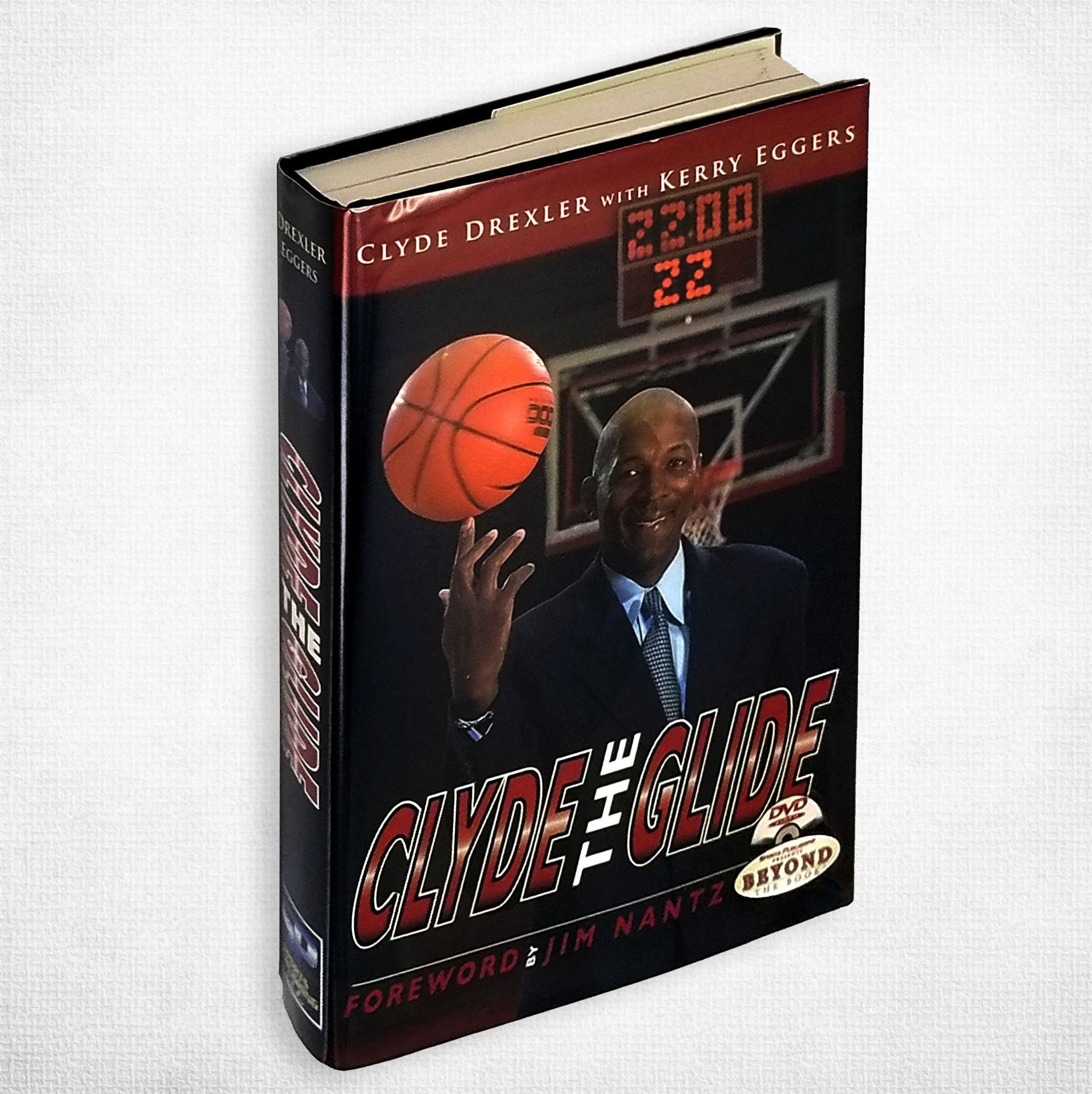 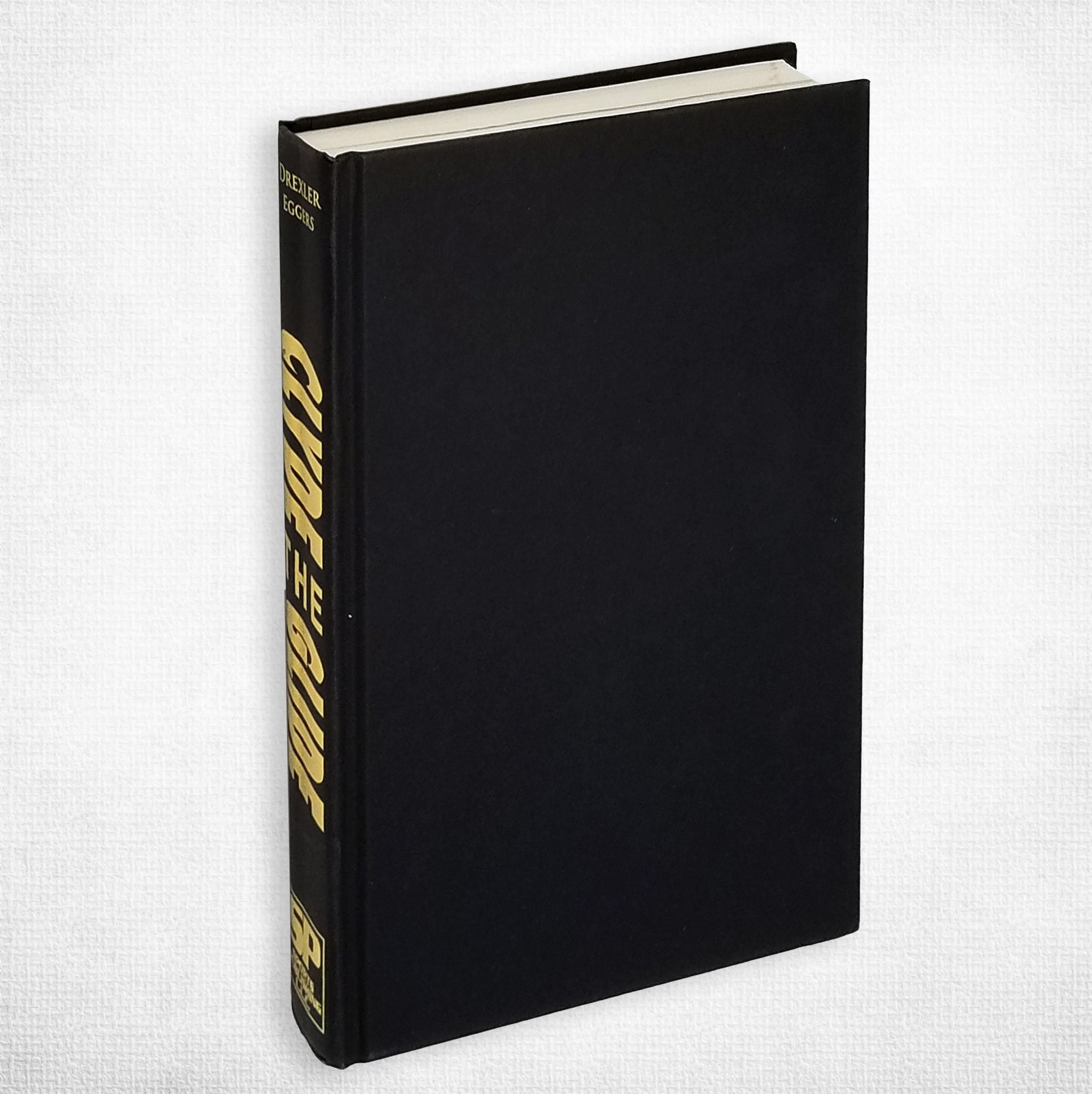 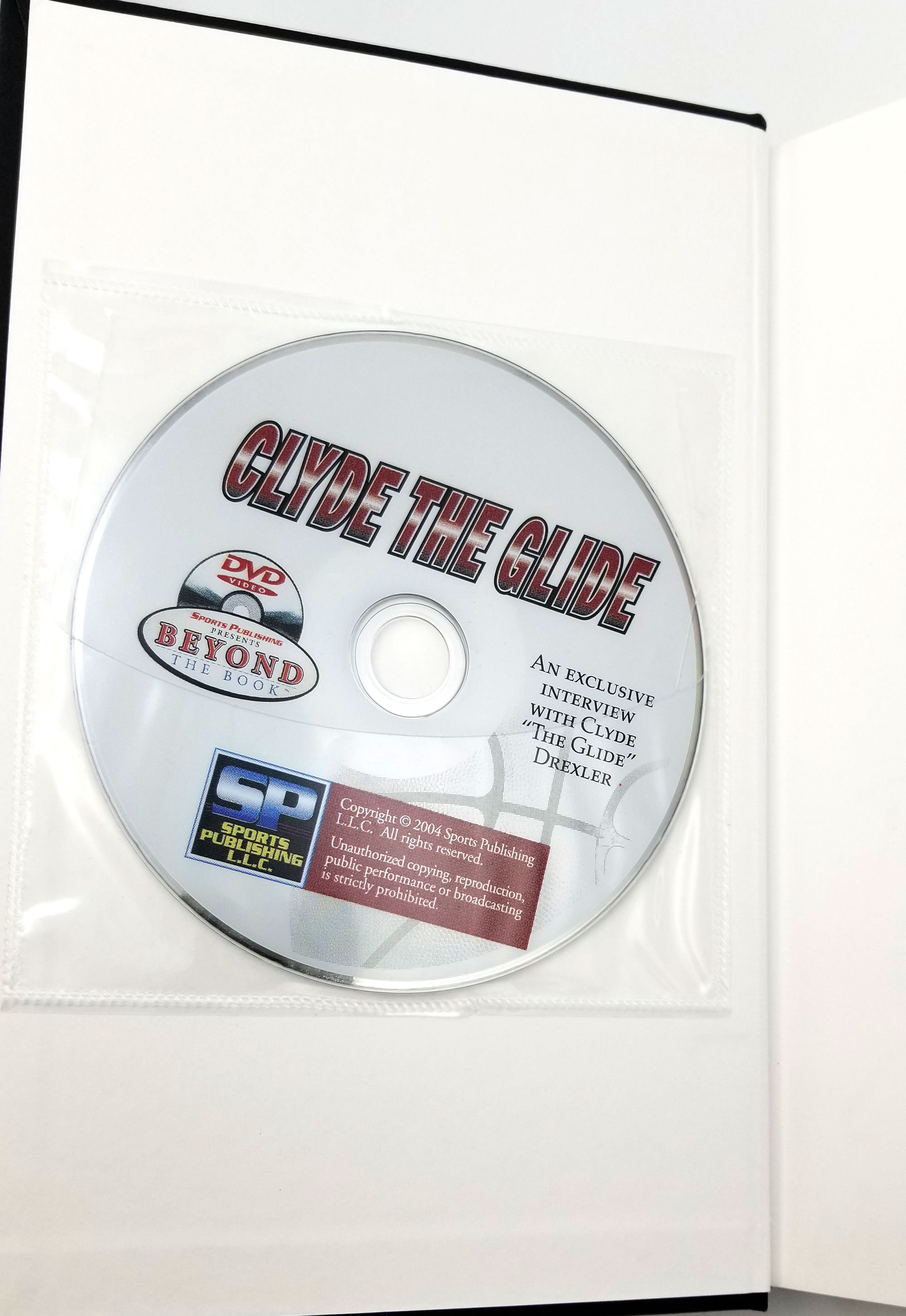 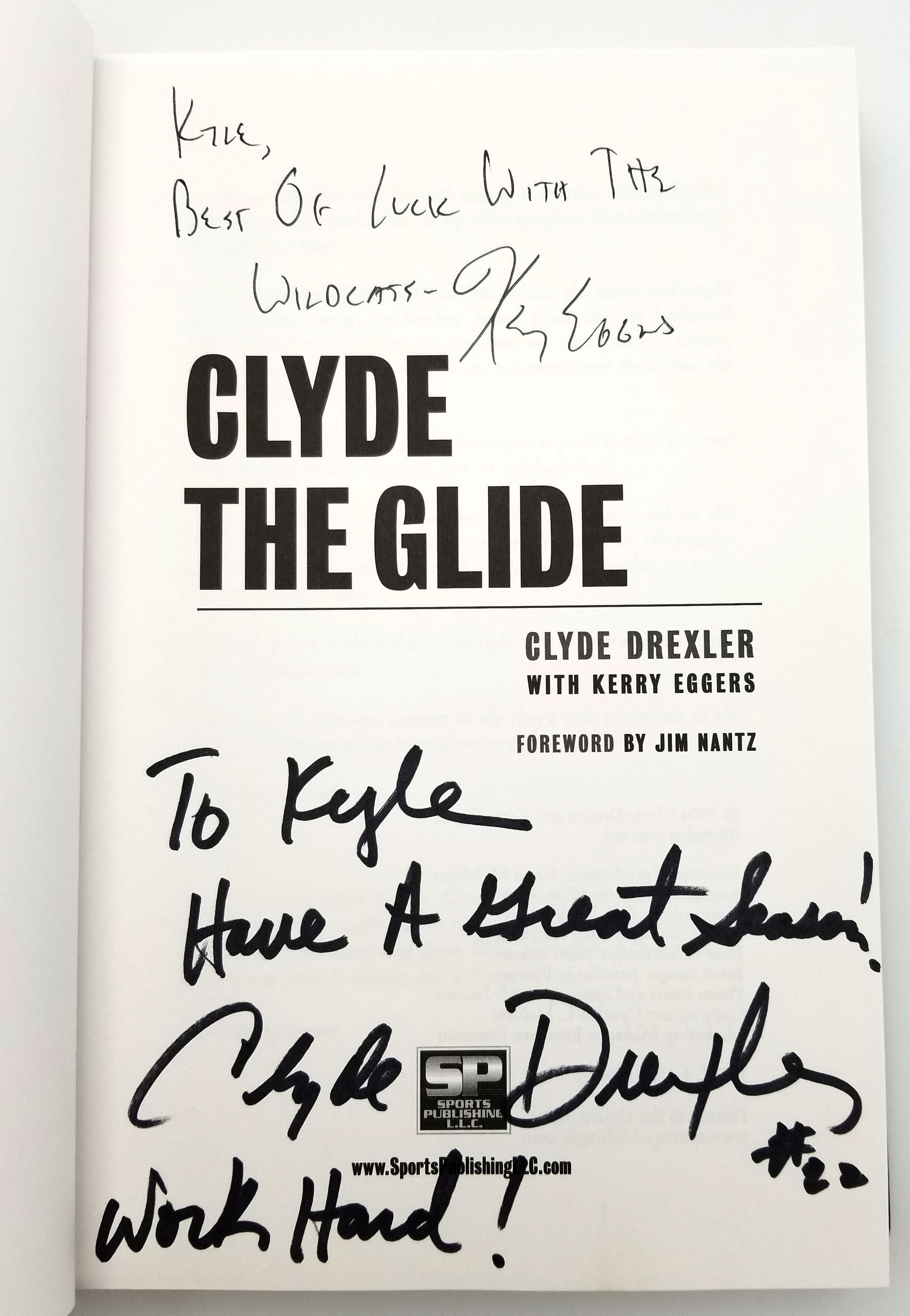 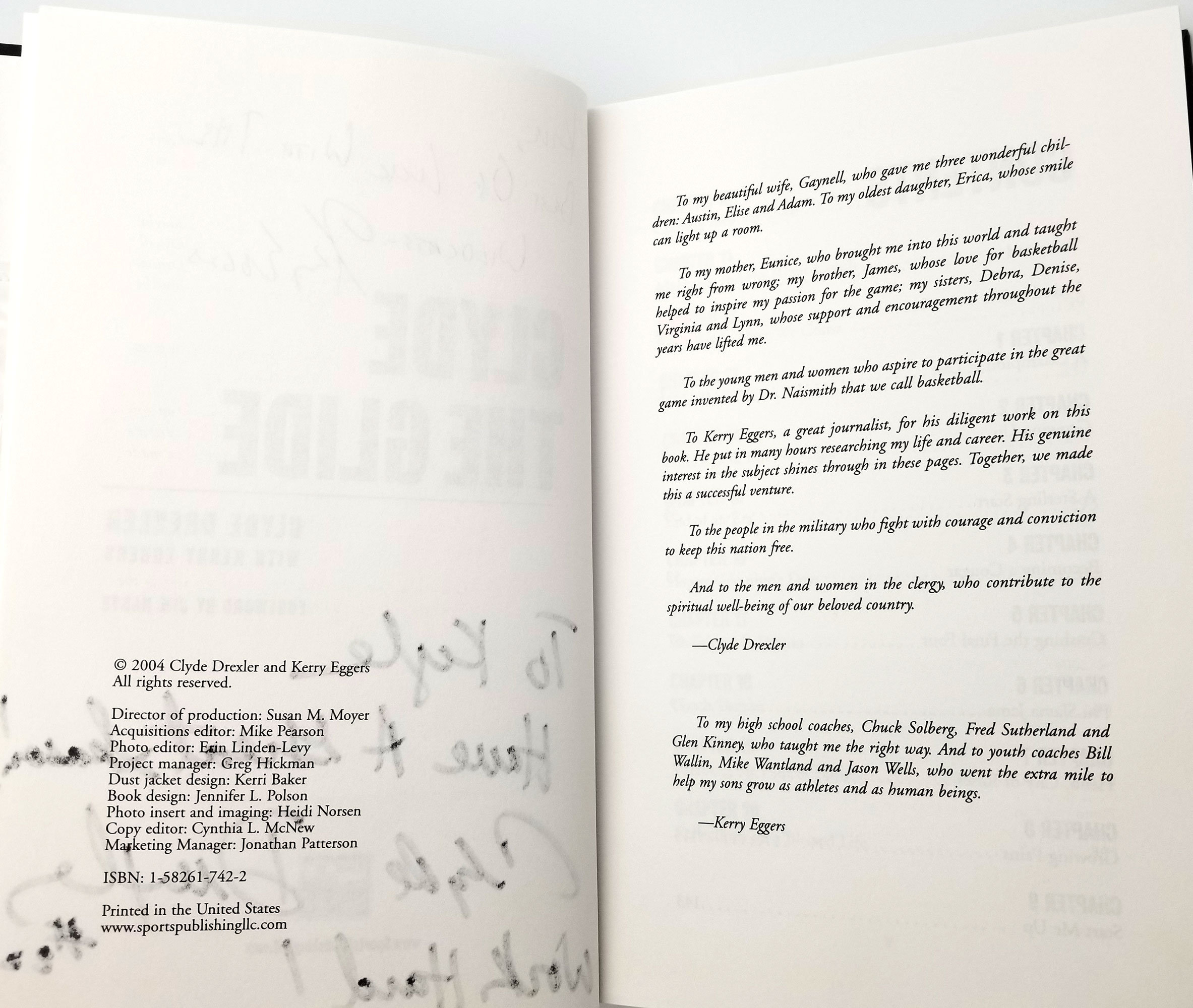 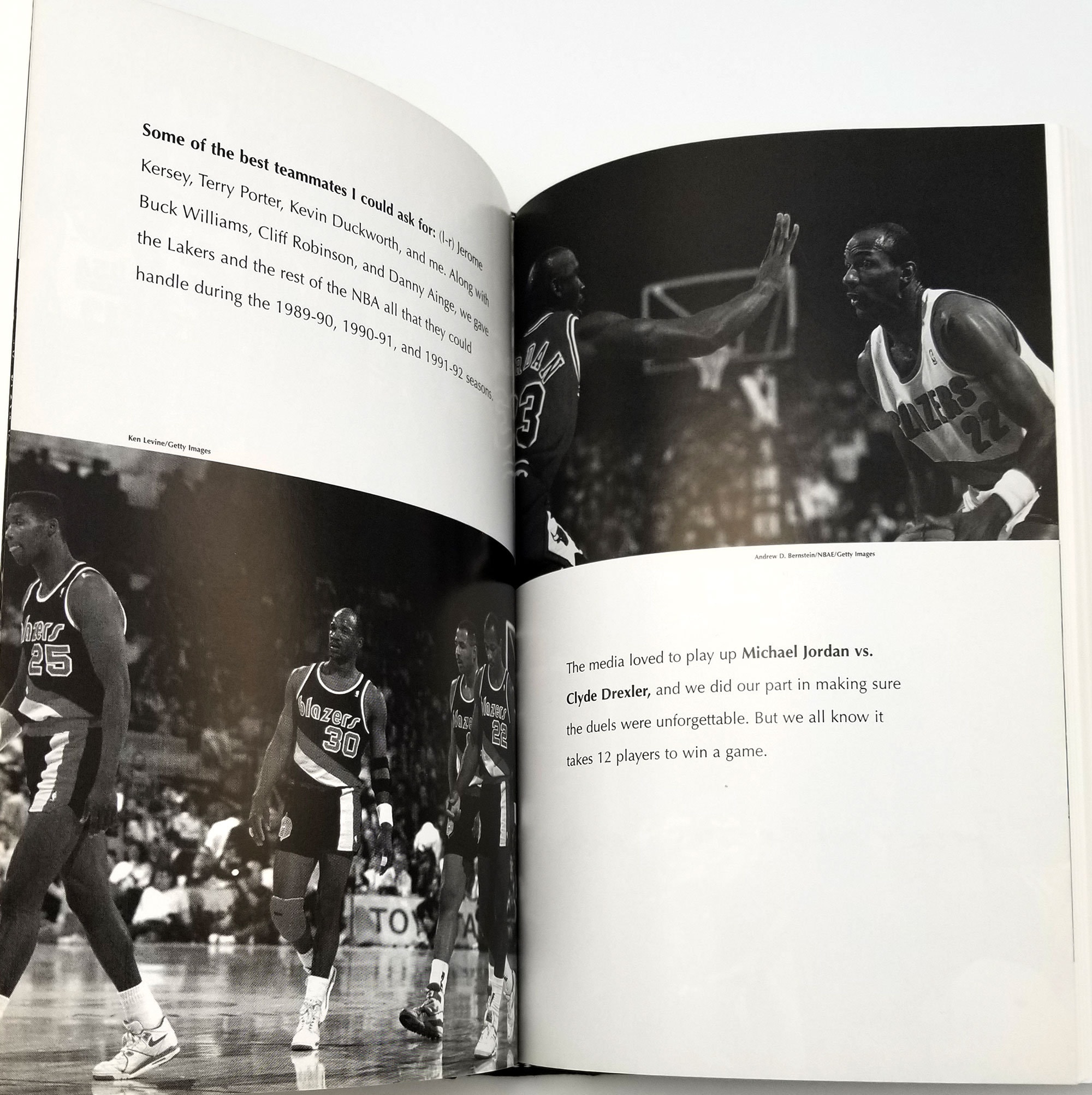 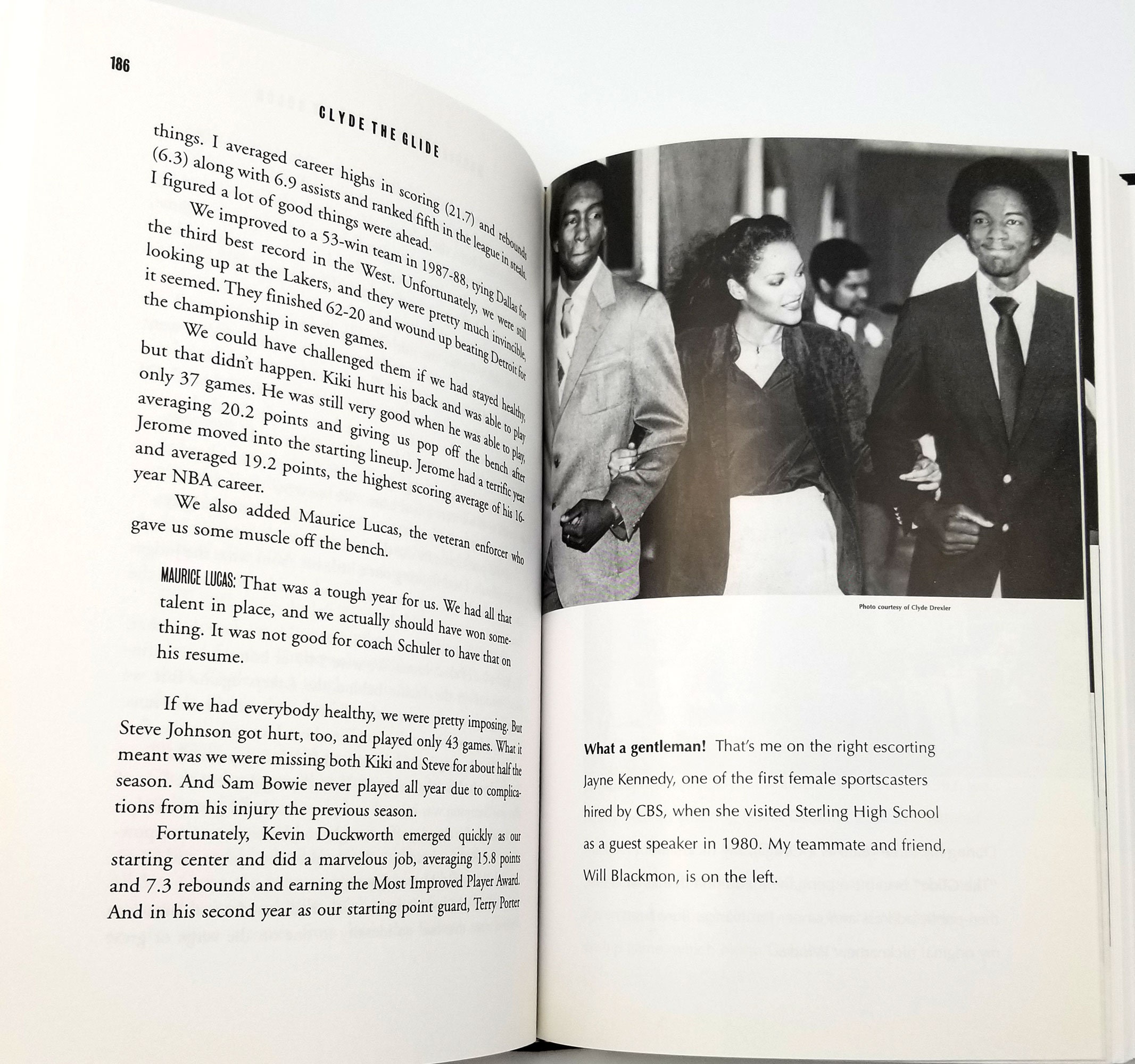 Description: Inscribed by both Drexler and Eggers on the title page. Faint wear to spine. Interior clean and crisp. Dust jacket has a hint of rubbing; not price clipped. DJ in clear archival sleeve. Includes the interview with Clyde DVD.

Drexler played for the Portland Trail Blazers (1983-1995) and the Houston Rockets (1995-1998), participating in their 1995 championship, and also played on the 1992 U.S. Olympic team. He has been inducted twice into the Naismith Memorial Basketball Hall of Fame and in 1996 was voted as one of the 50 Greatest Players in NBA History. He is an alumn of the University of Houston for whom he also coached after retiring from the NBA.