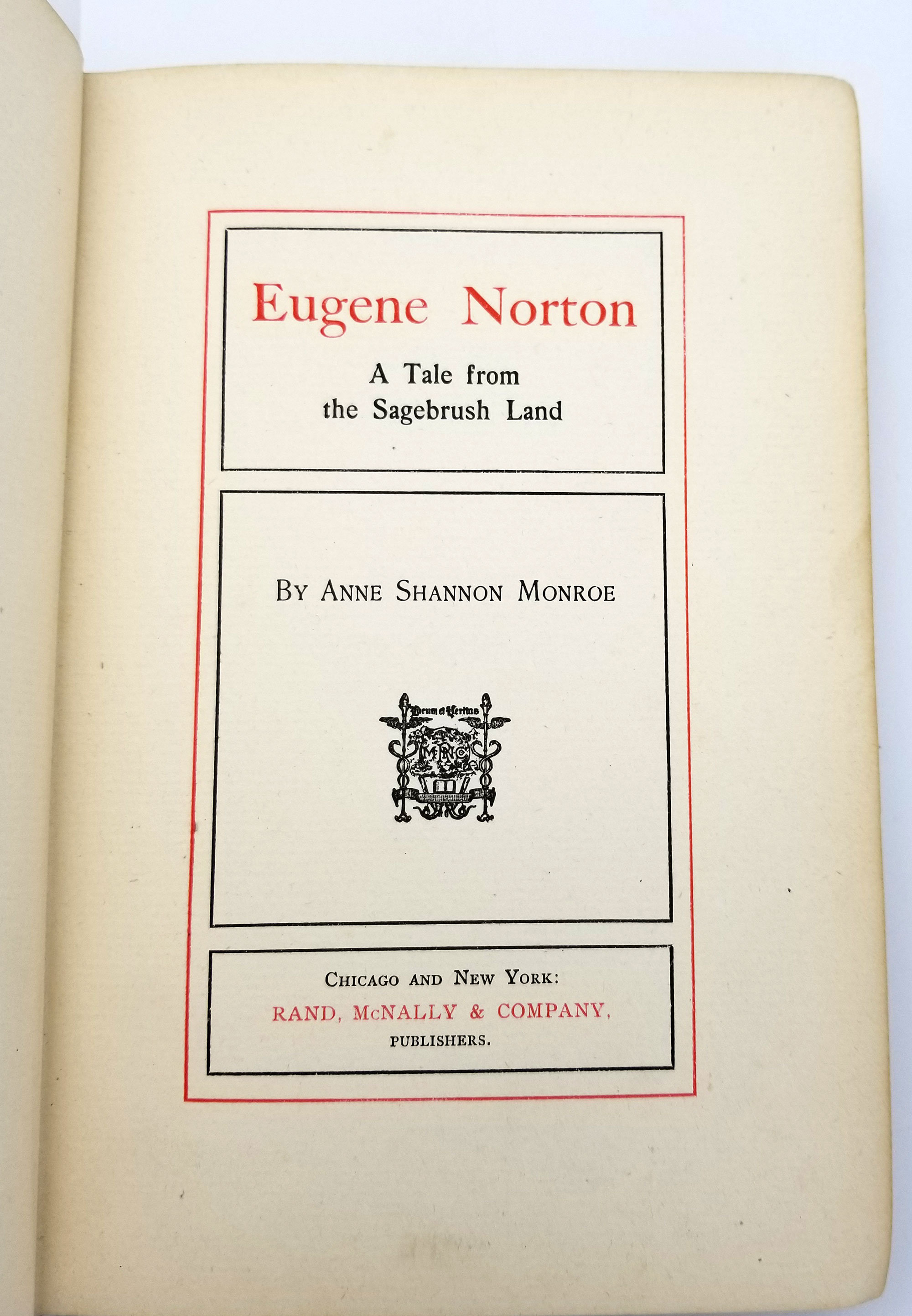 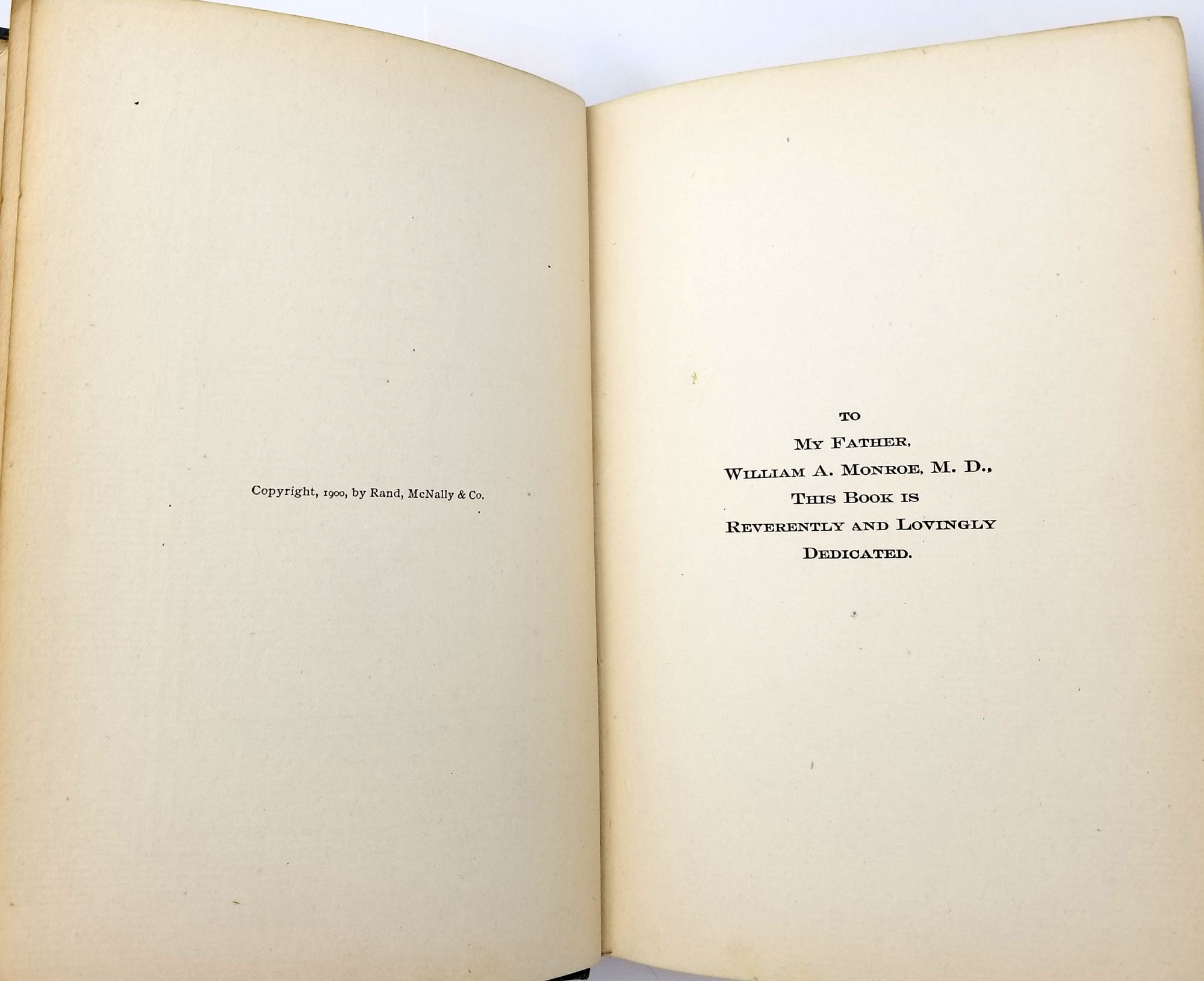 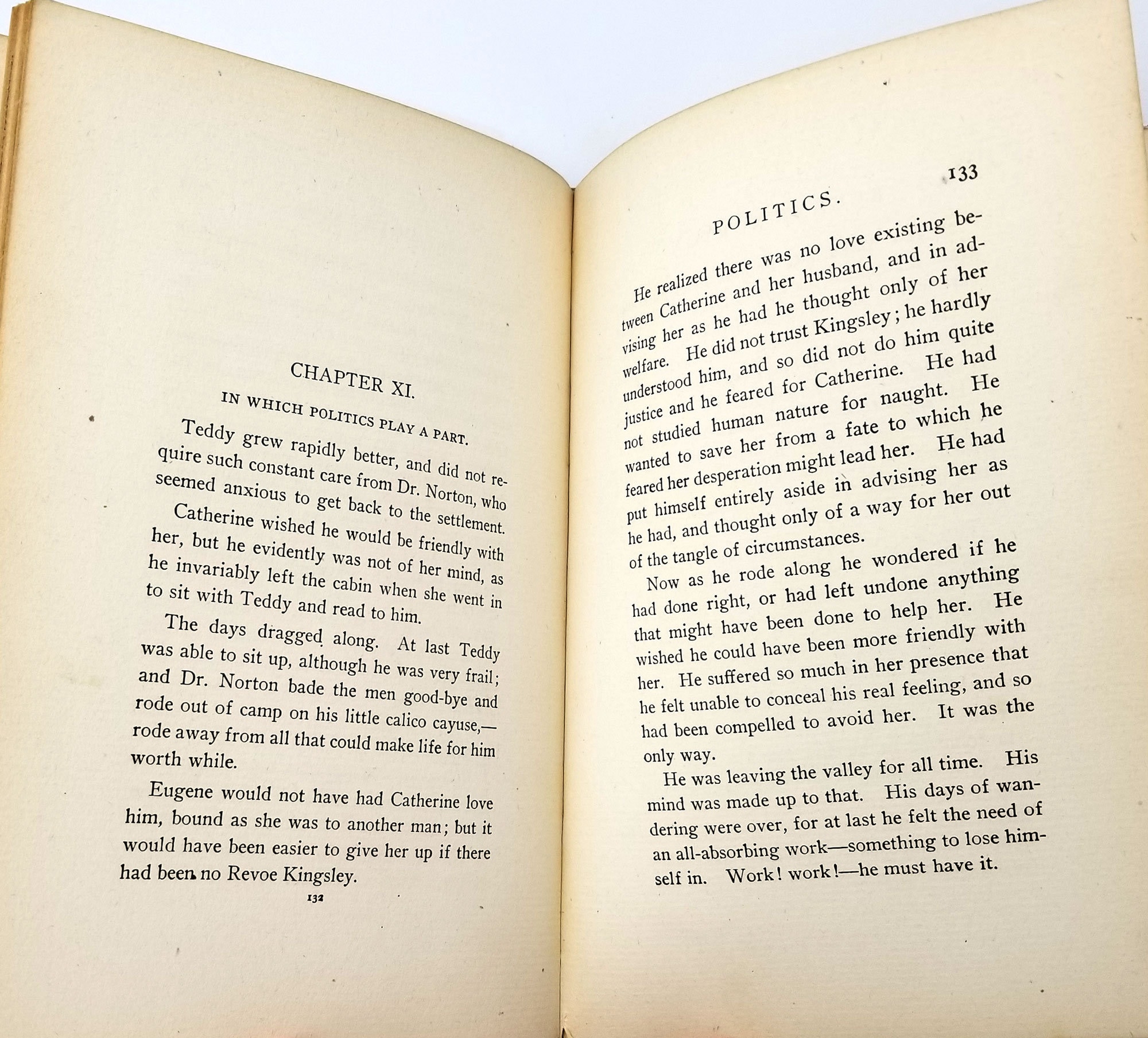 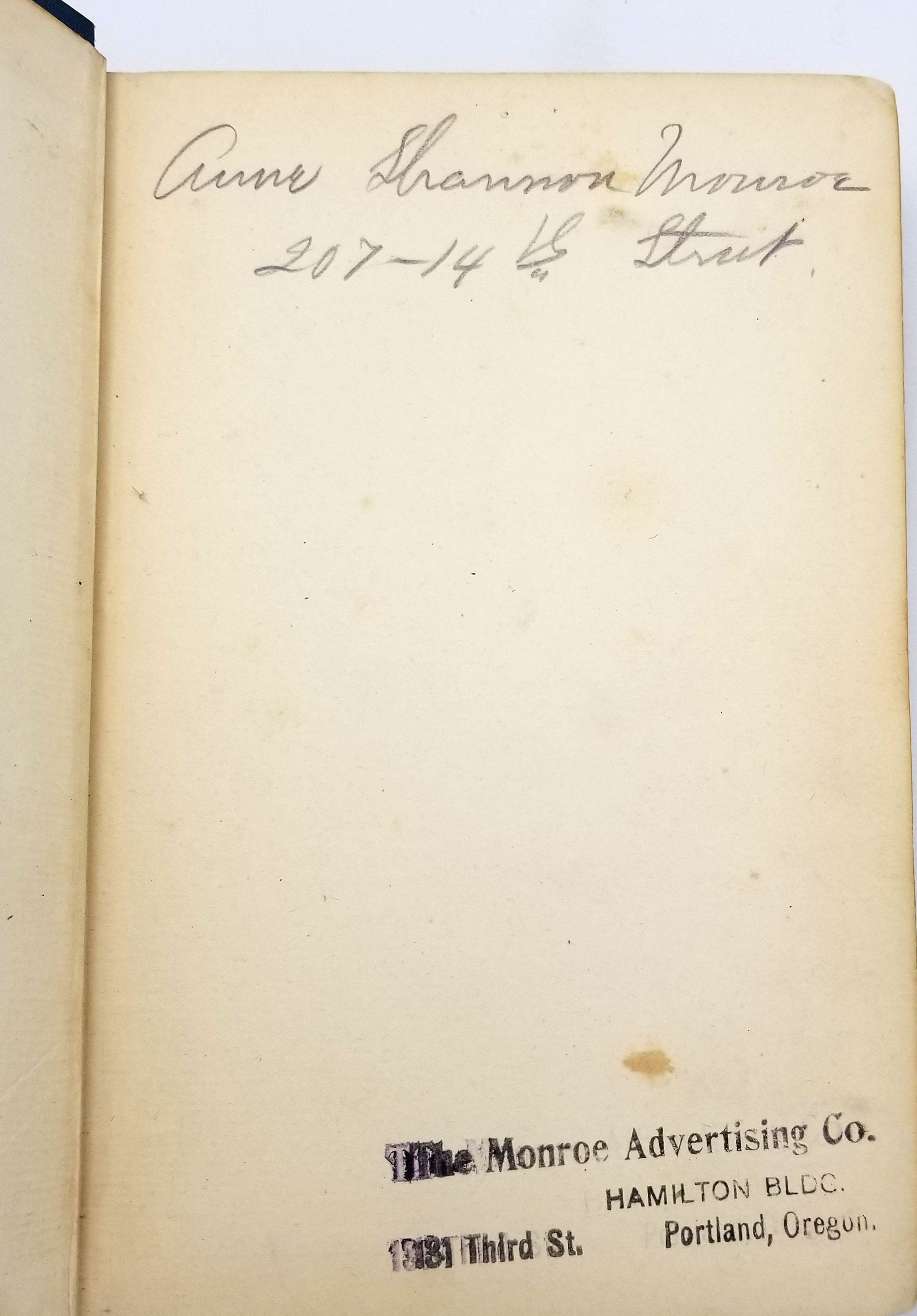 Title: Eugene Norton: A Tale from the Sagebrush Land

Description: First Edition, 1900 (no other printings indicated). Blue cloth boards with white lettering and red ruling. Little bit of wear to the head and foot of spine; corners bumped and a bit worn; spine rubbed.

This appears to have been the author's own copy. On the ffep are found her name and street address as well as a rubber stamp for the Monroe Advertising Co., the company she founded and operated between 1907 and 1911. Anne Shannon Monroe (1873-1942) was an american writer and novelist. Though born in Missouri, she resided in Washington state throughout her youth and early adulthood (Yakima and Tacoma), and moved to Chicago about the time that Eugene Norton, her first novel, was written. She then moved to Portland, Oregon, in 1907 and established her own business, the Monroe Advertising Company, which she operated until about 1911.

In addition to writing several novels she was also a contributor to several magazines including the Saturday Evening Post, Good Housekeeping, and the Ladies' Home Journal. Eugene Norton tells the story of Catherine Musgrave, a young woman studying music at a conservatory in Berlin, who is suddenly called back to America. The story tells of an unhappy marriage, moving to the Cascades in the Pacific Northwest, her emotional struggles, but also of her compatriot Dr. Eugene Norton and her relationship with him.