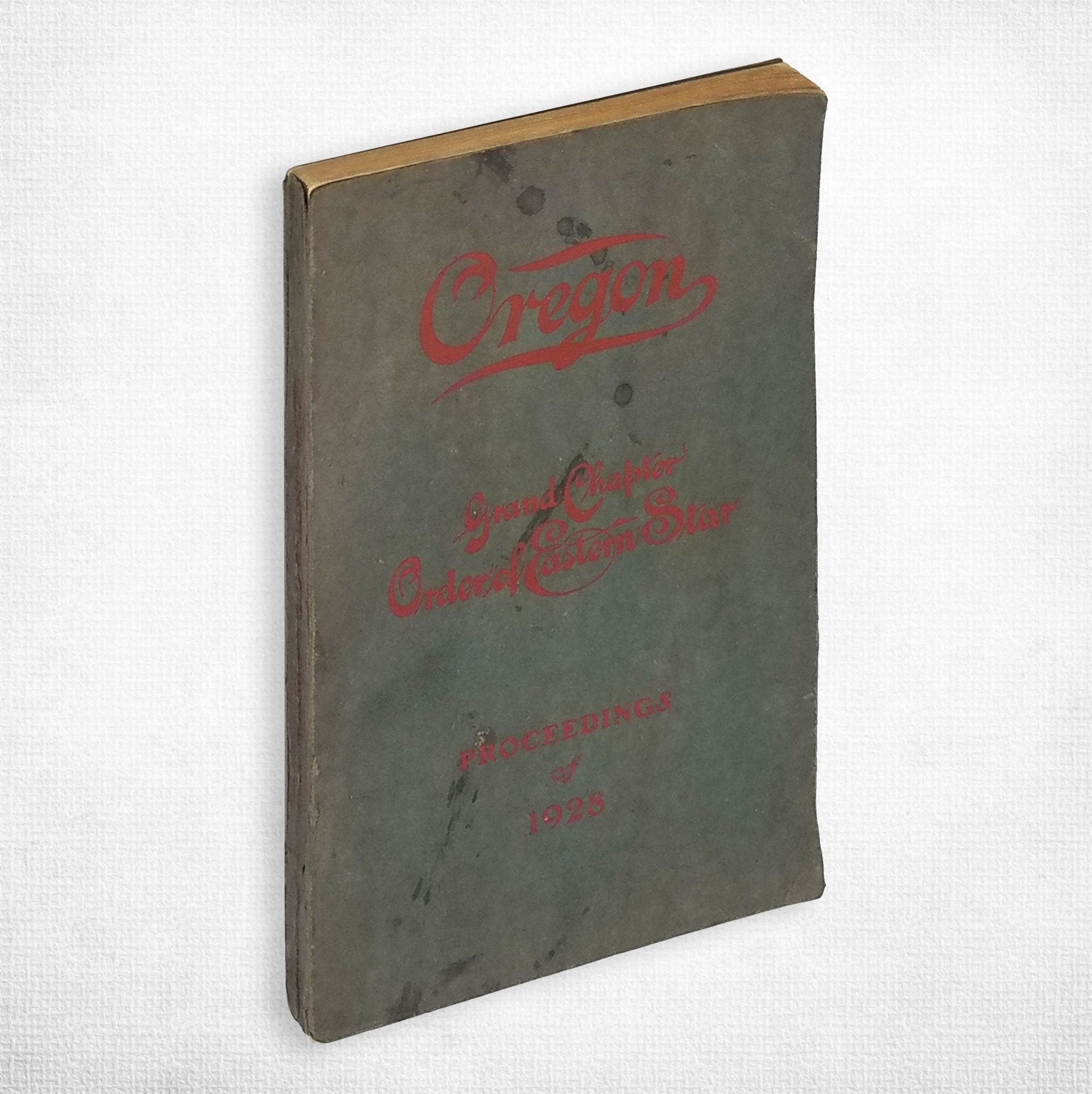 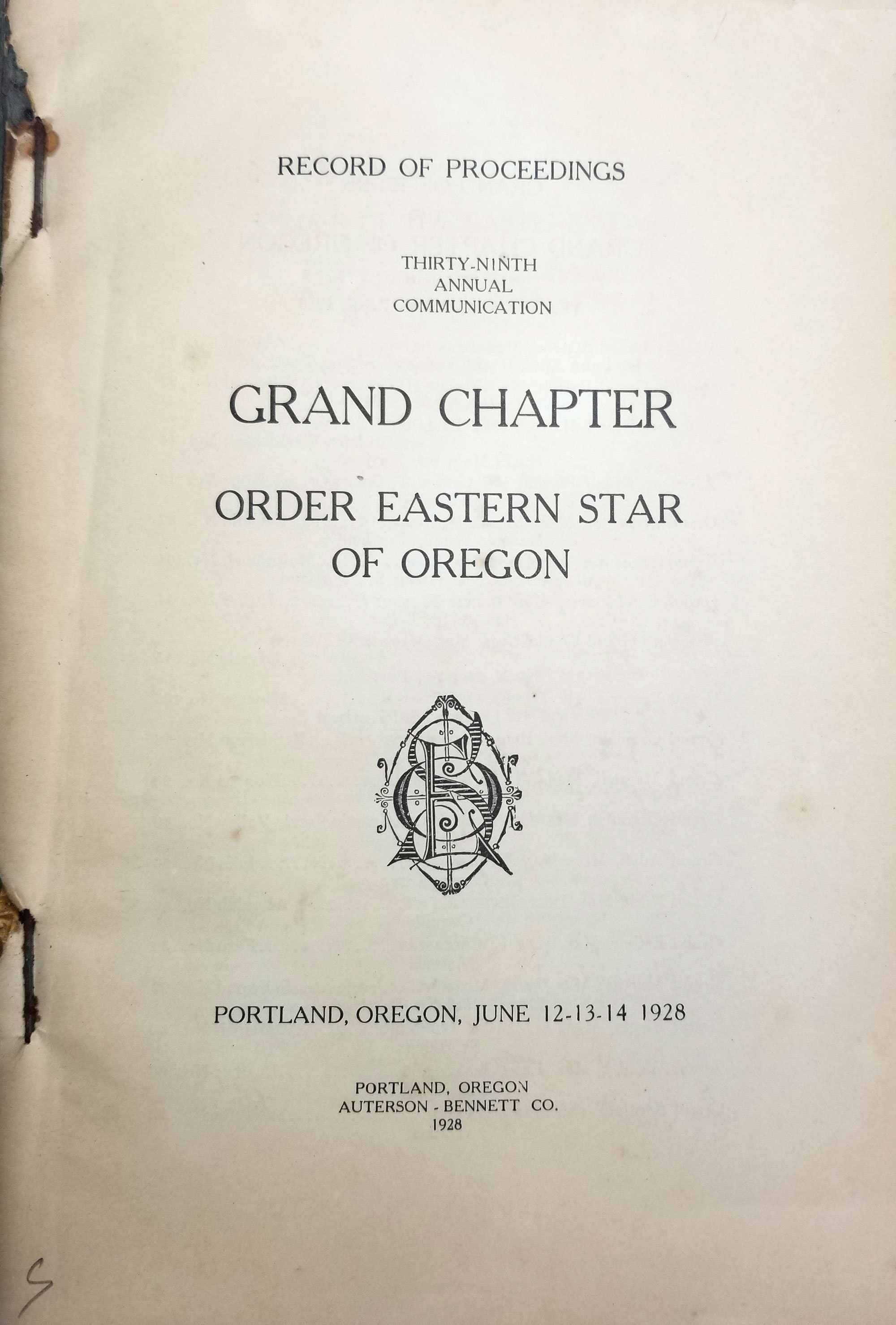 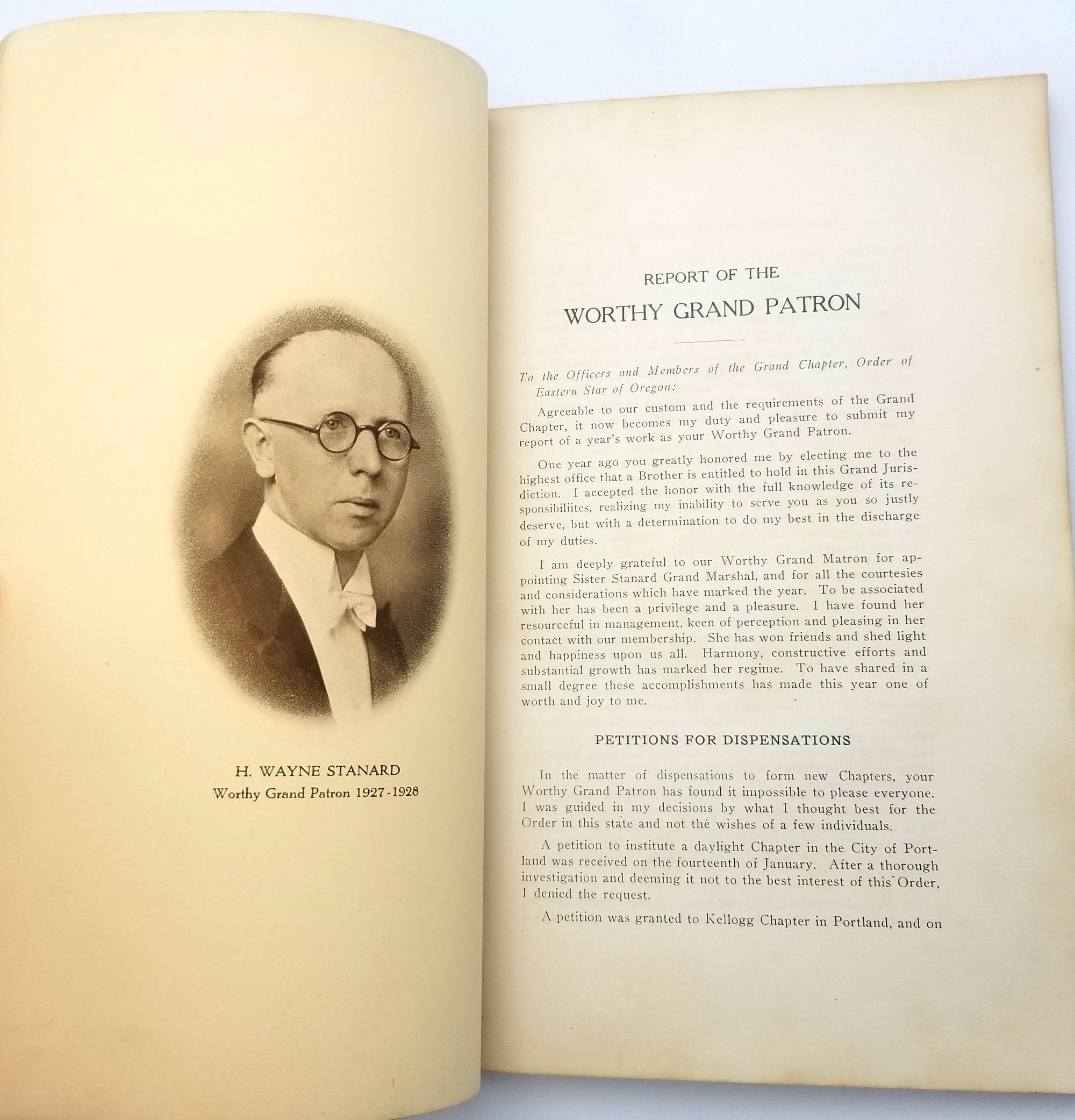 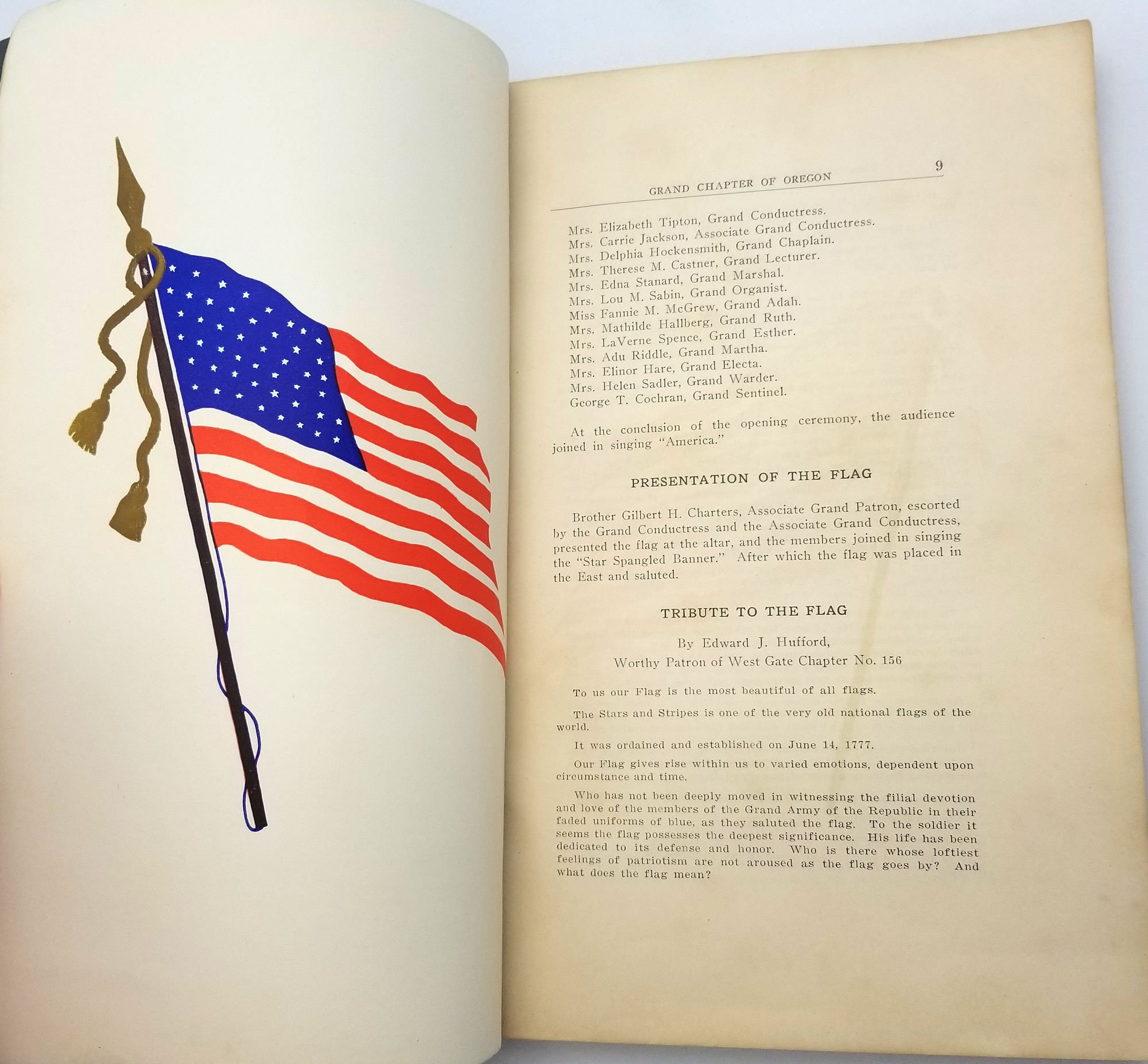 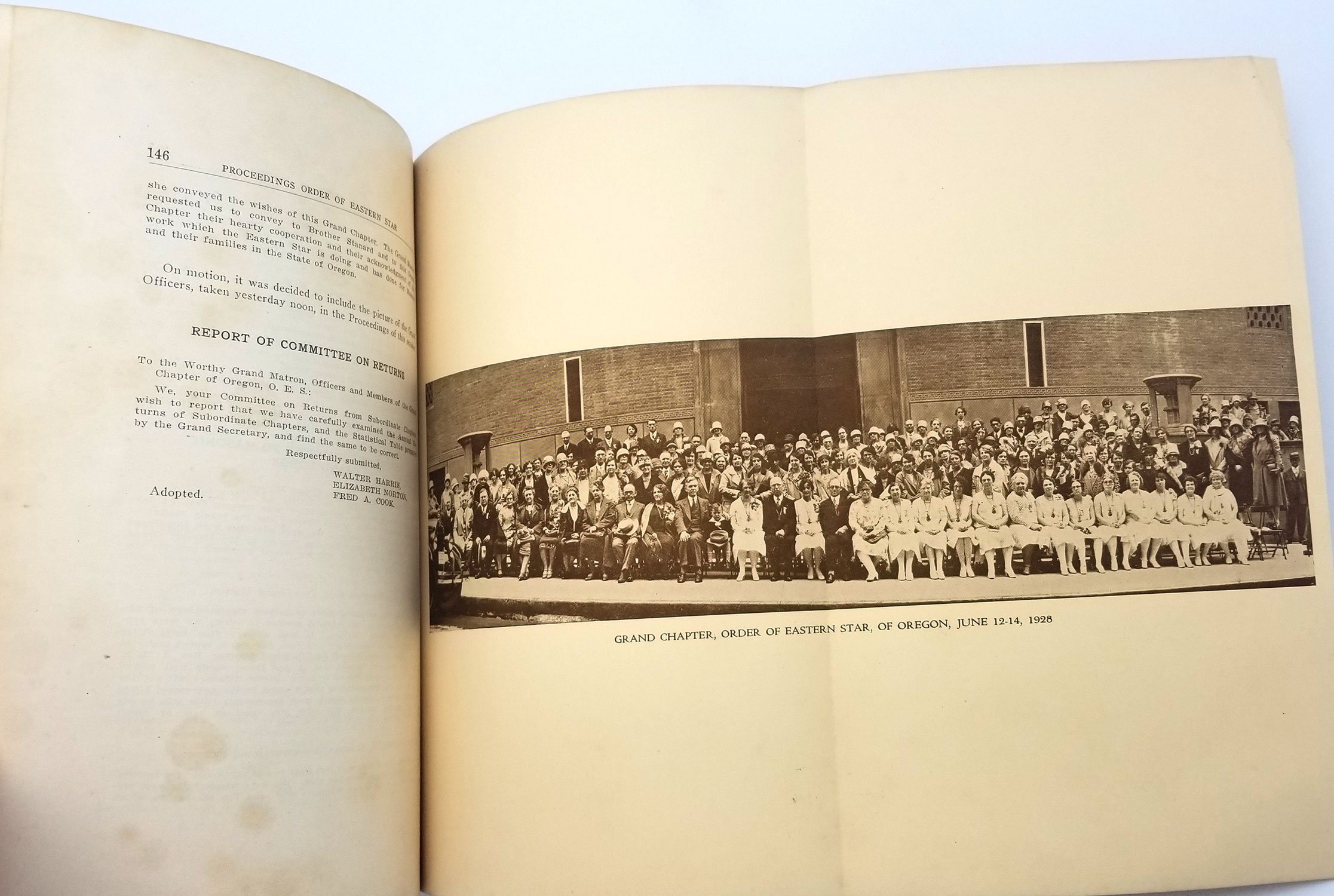 Description: Wraps soiled and worn. Various reports, statistics, and lists for the Oregon Eastern Star (lists for the deceased of 1927, all the Grand Matrons and Patrons going back to 1889, subordinate chapters, names of the representatives from the subordinate chapters, budgets, financial disbursements, and much more.) Includes a fold out plate featuring a photograph of the attendees of the June 1928 assembly. Five plates illustrated with portraits of Grand Matrons and Grand Patrons, including the two in office. The last 78 pages is an appendix with reports from other the other states' and Canadian Provinces' grand chapters. (288 pp.) 210,