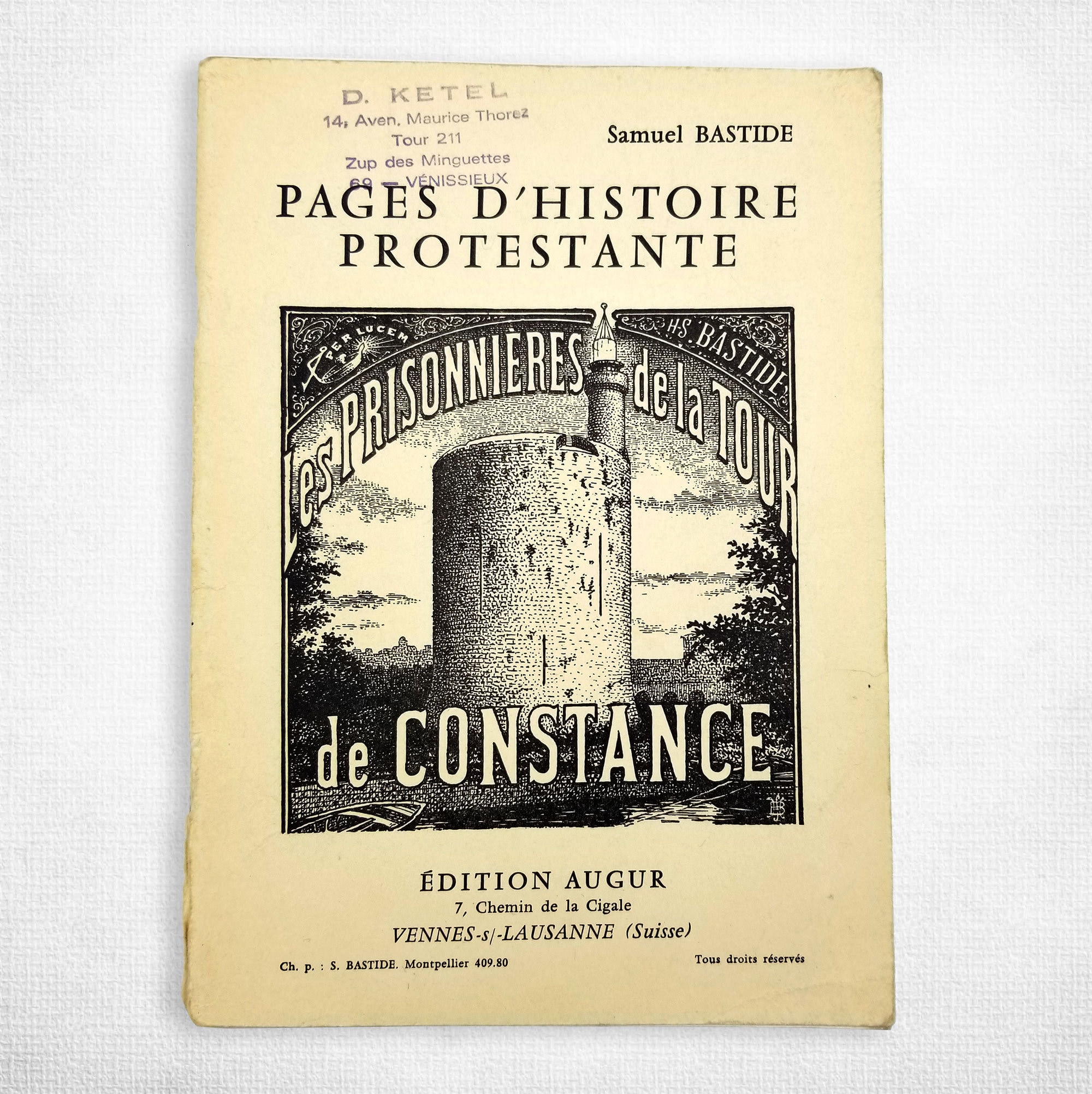 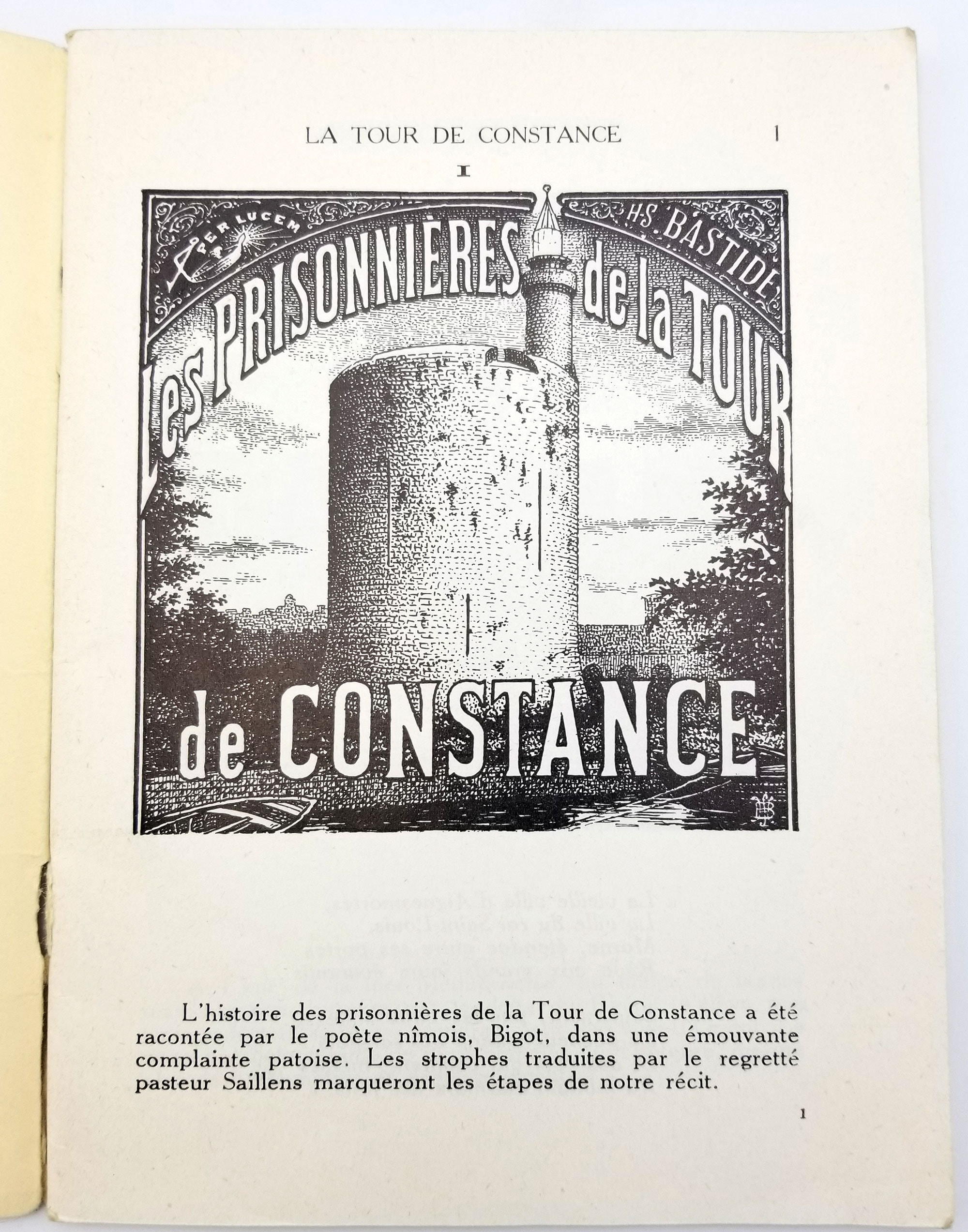 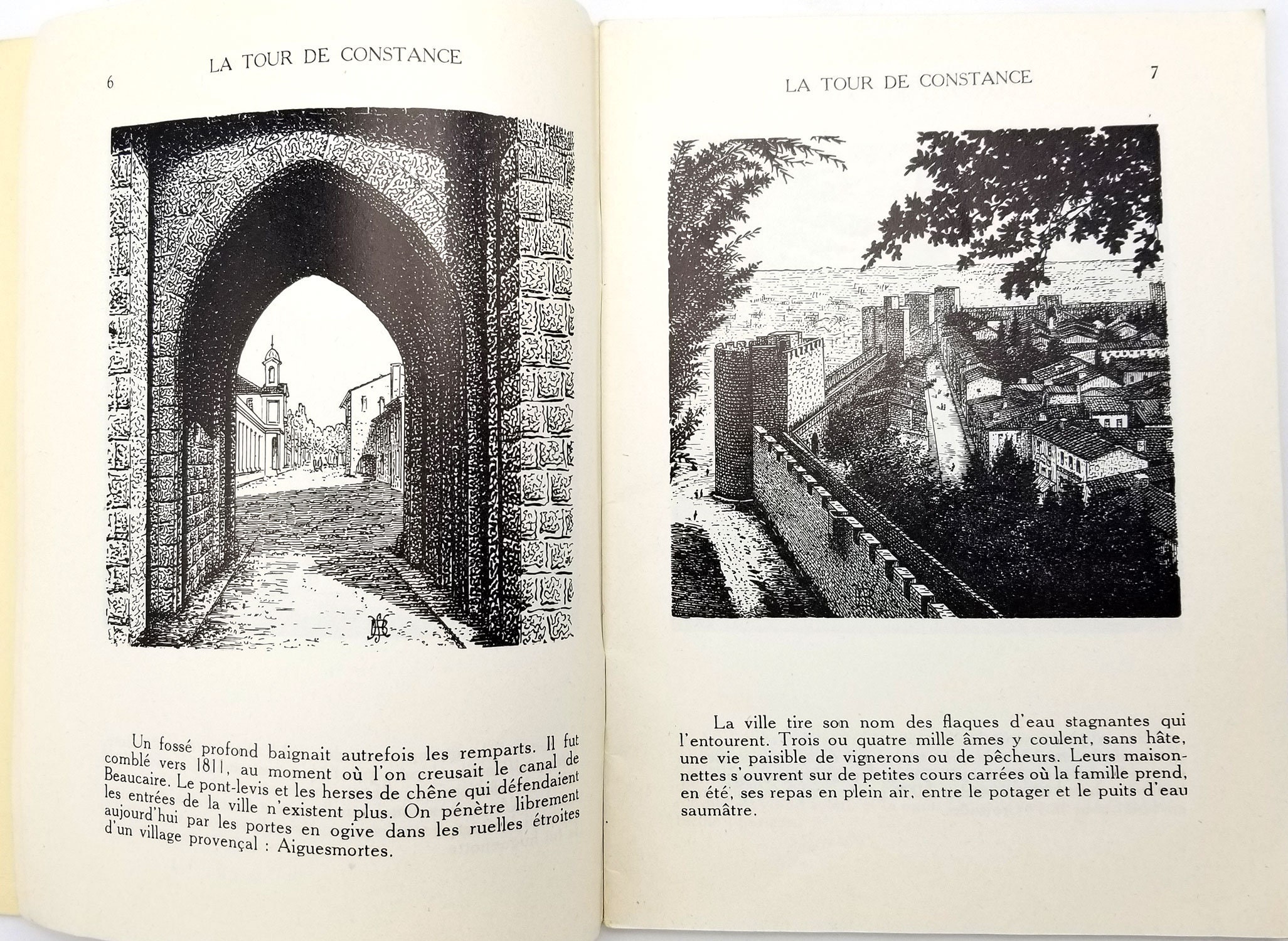 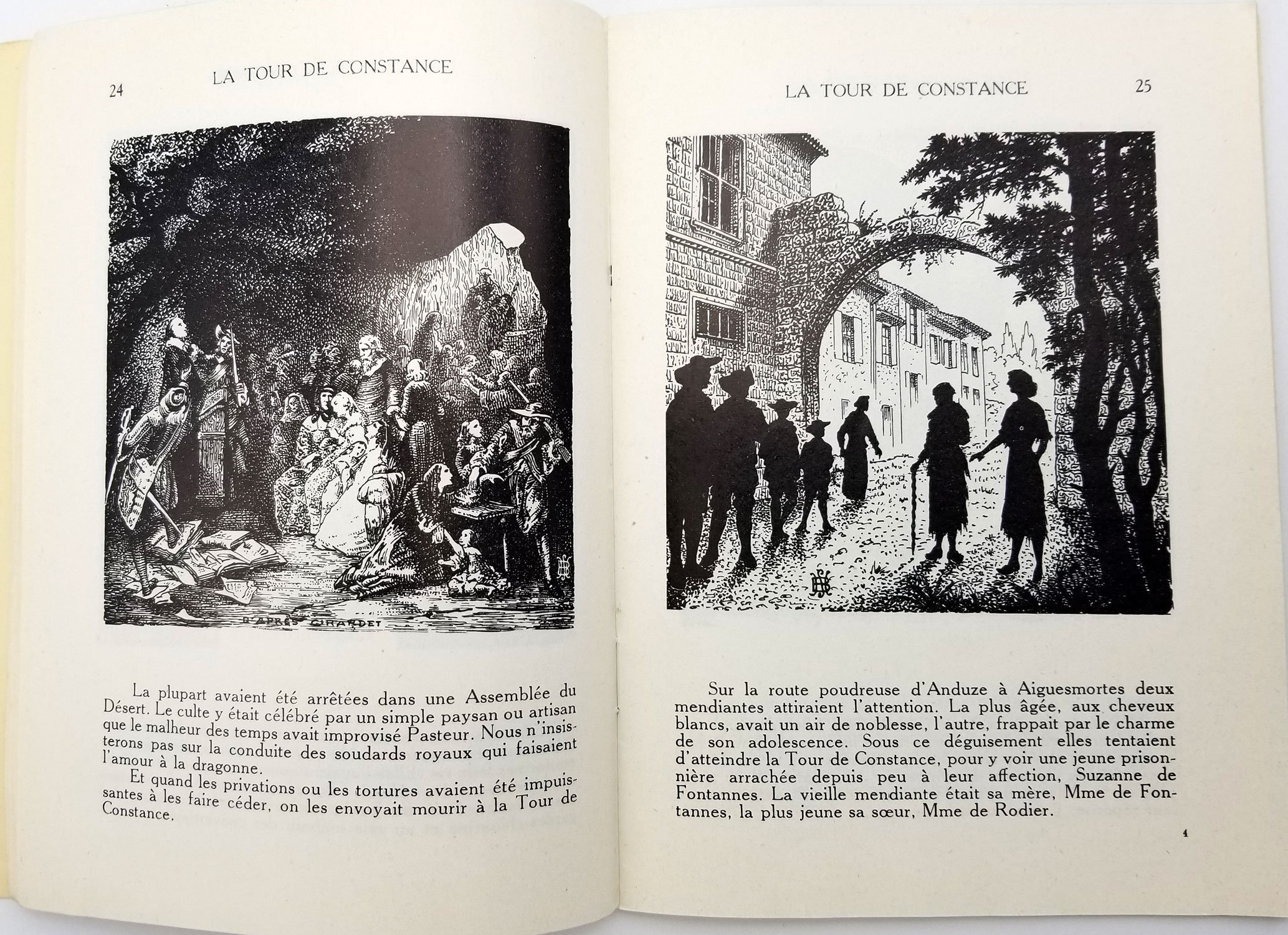 Samuel Bastide (1879-1962) was a French illustrator known for his work depicting the cause of temperance, New Testament scenes, and Protestant history. These 64 captioned illustrations constitute part of his history of Protestantism. This volume tells the story of the prisoners held at the Tour de Constance (Tower of Constance) in Aigues-Mortes in southern France. After the Revocation of the Edict of Nantes in 1585 it became illegal for the Reformed Church to practice in France and the Tower of Constance was where the government locked up many women and their children. One notable imprisoned woman was Marie Durand, captive for attending a Huguenot meeting at the age of 15 and finally released at the age of 53, 38 years later (she was confined from 1730 to1768).