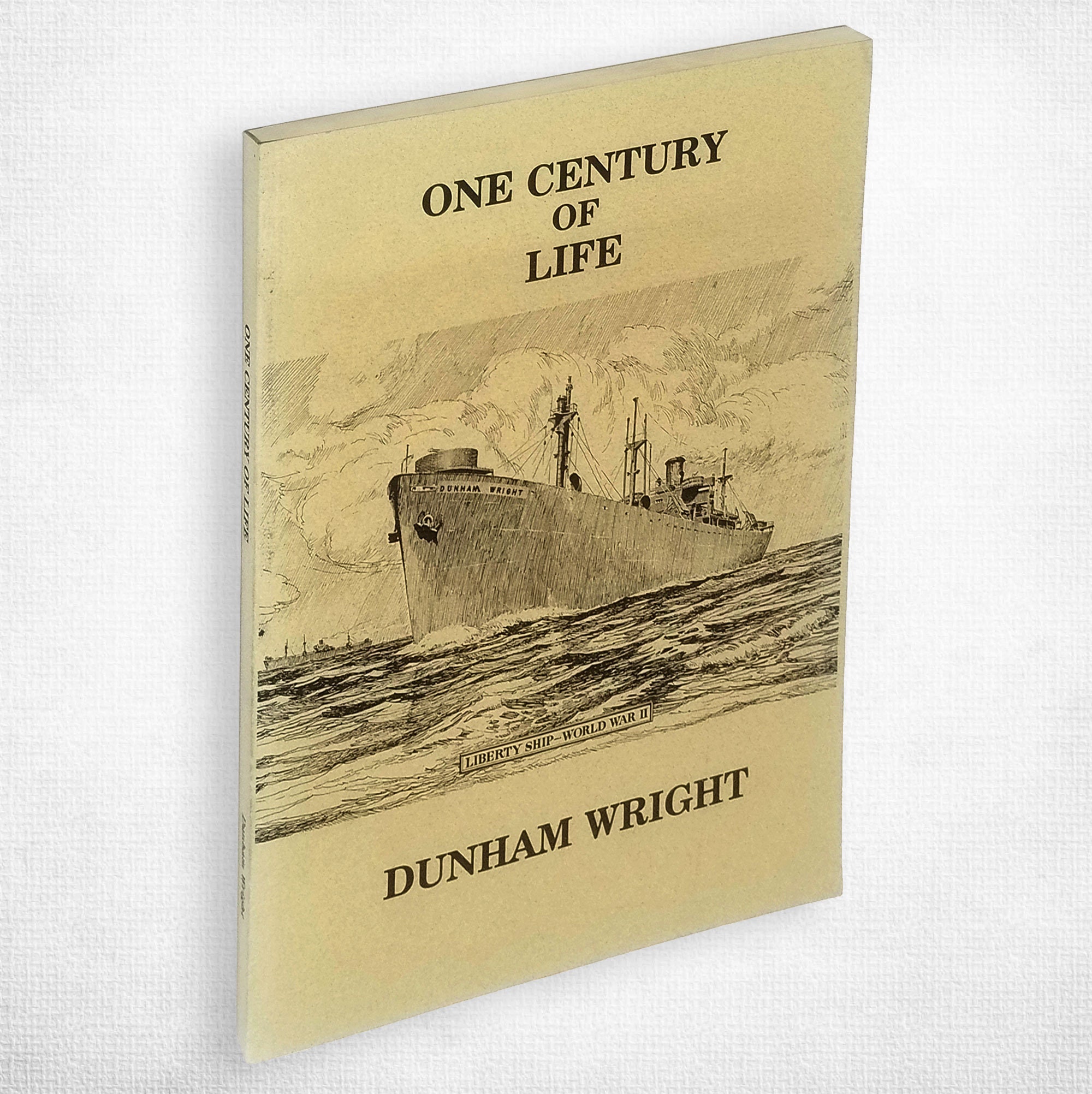 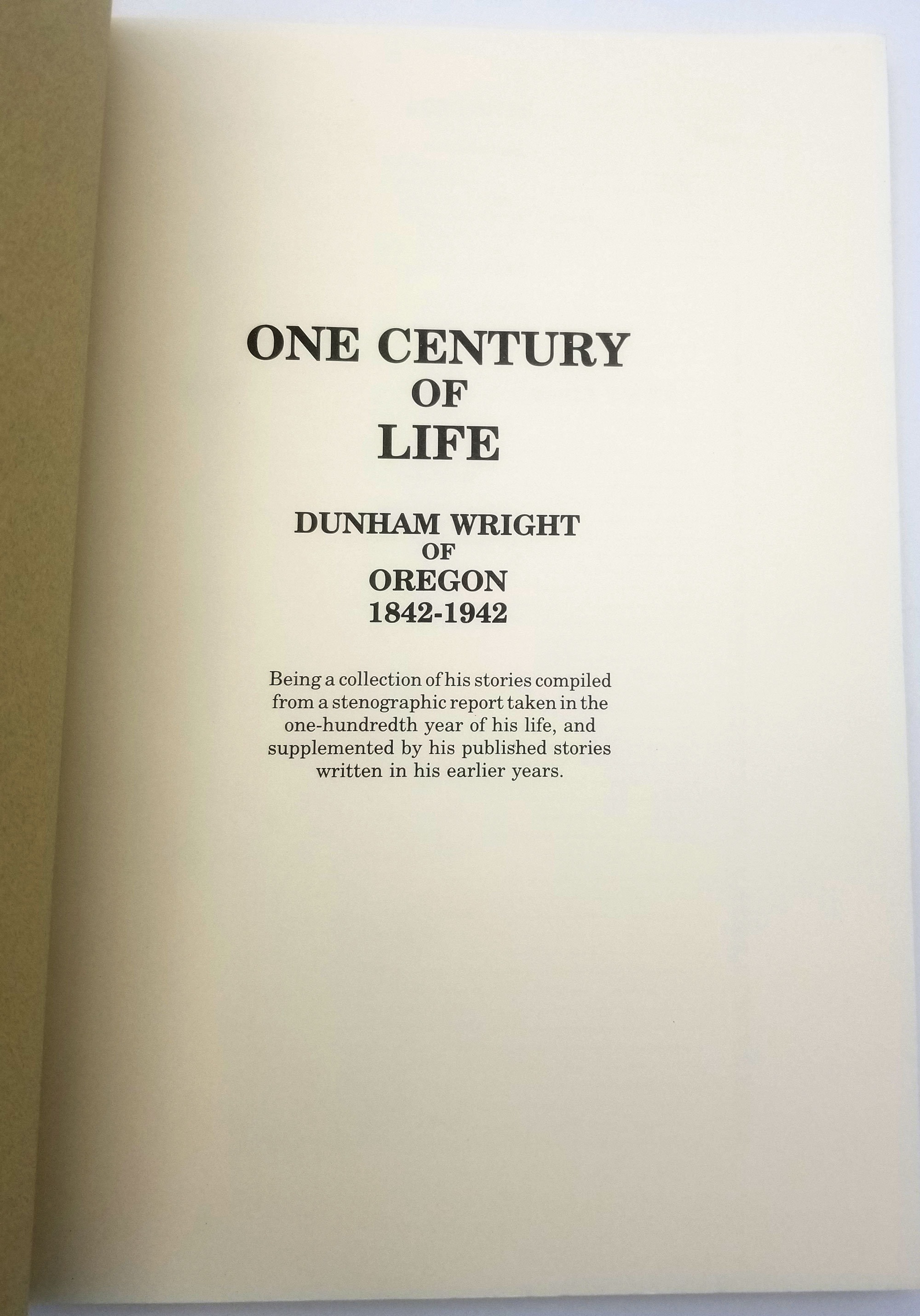 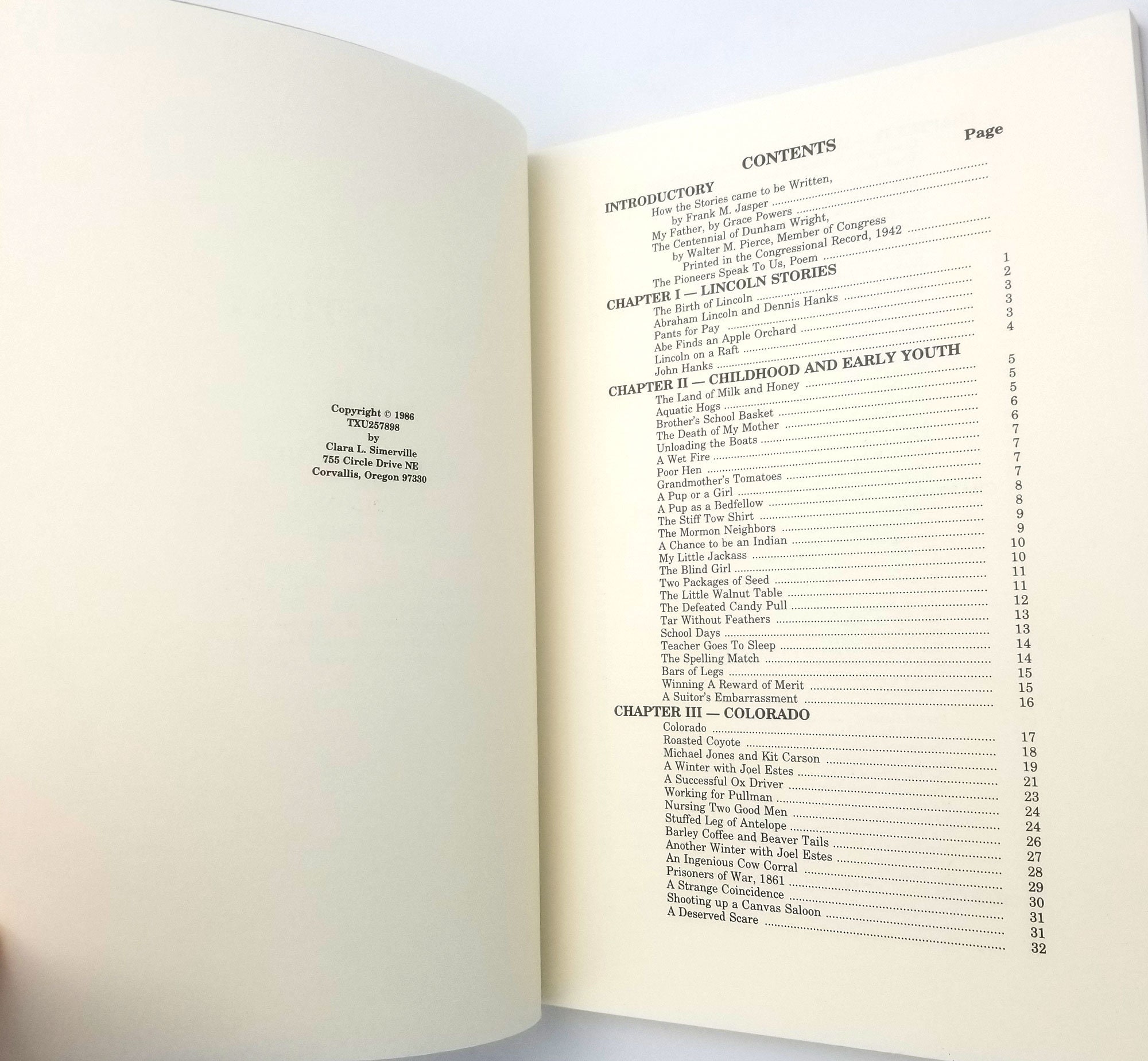 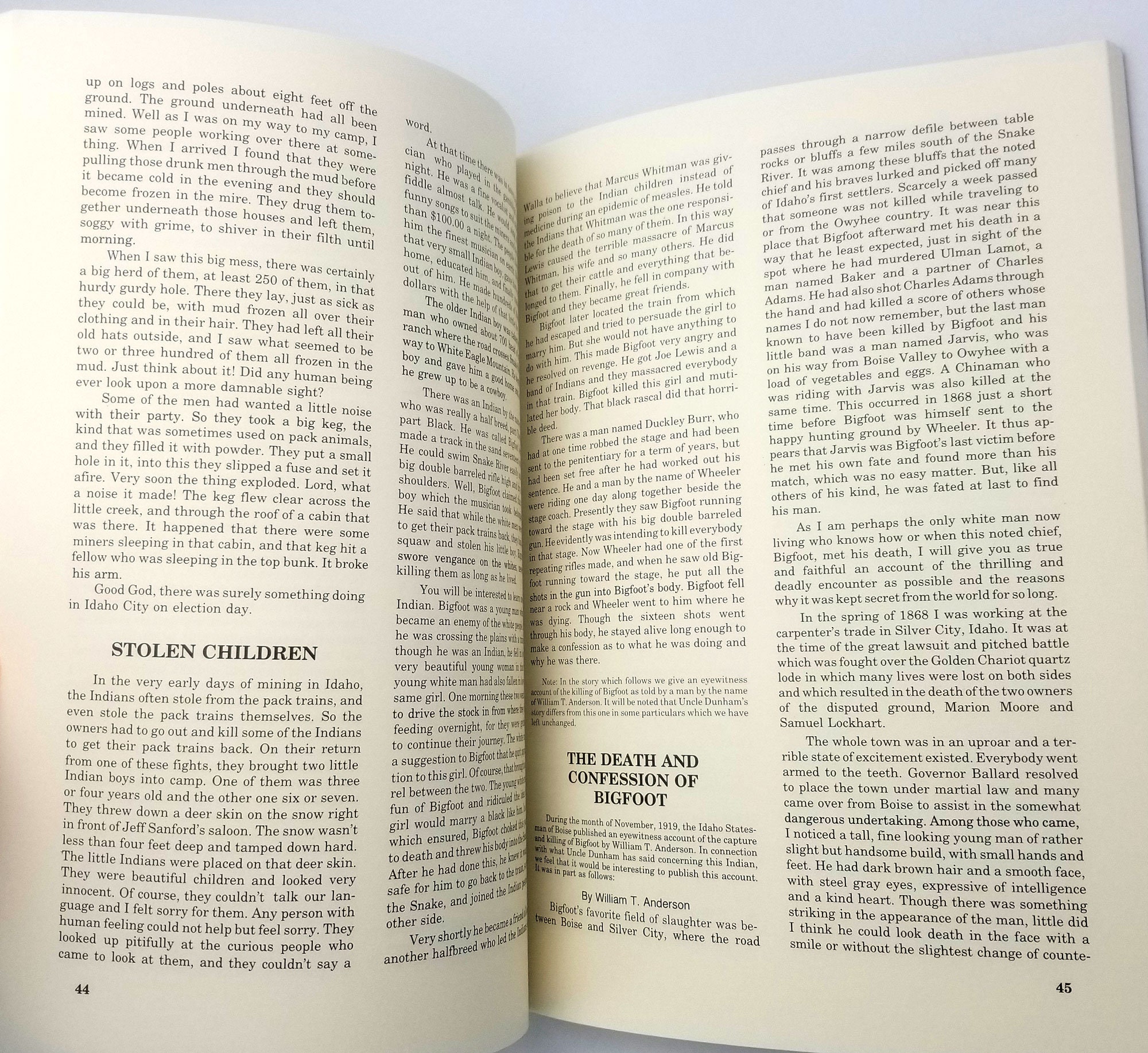 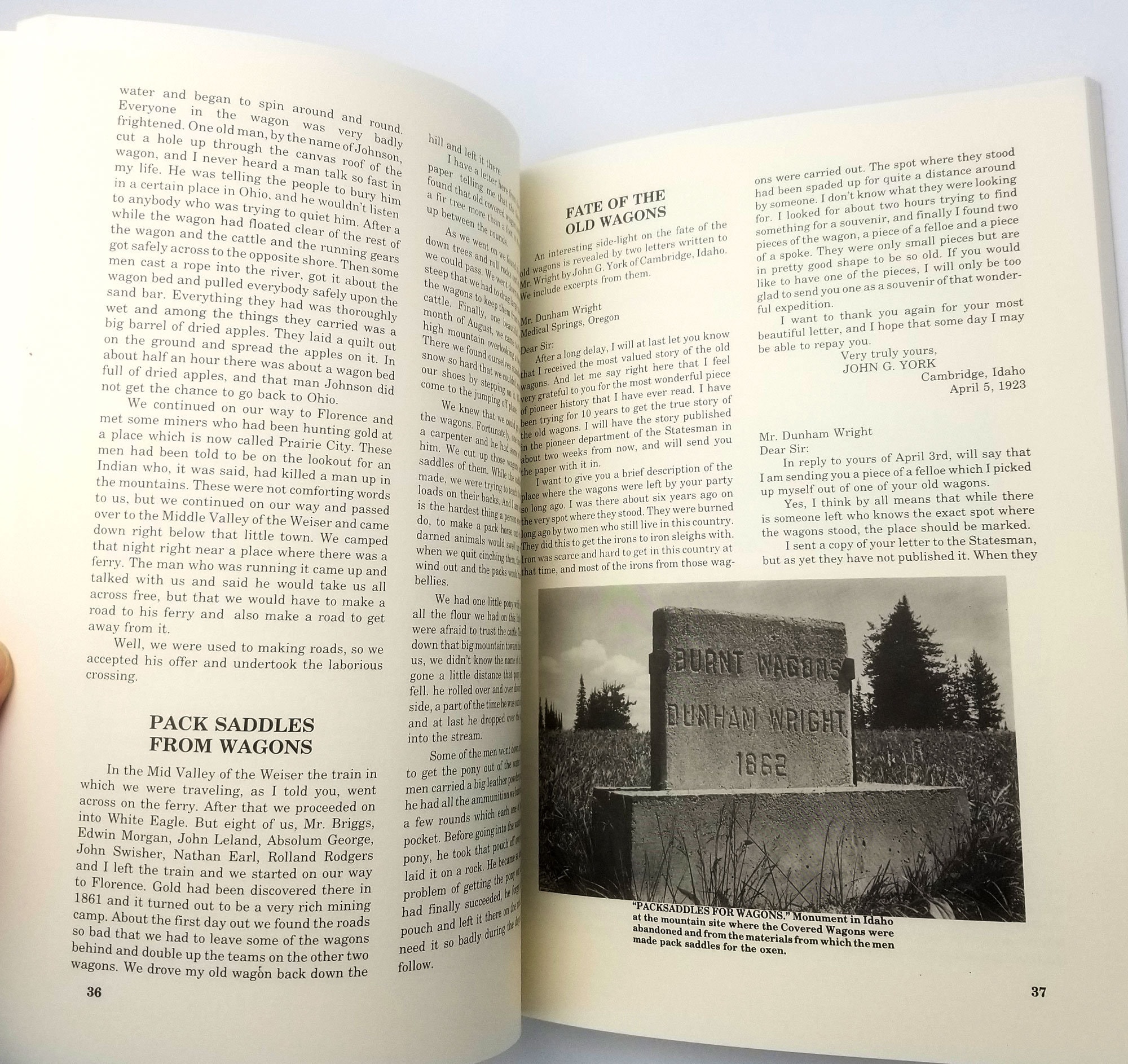 Dunham Wright was an Oregon pioneer and legislator. He was also the cousin (first cousin once removed) of Abraham Lincoln. Originally from Iowa, he settled near Medical Springs in Union County in 1867 and homesteaded there. He served as a representative for Union and Baker Counties in the Oregon state legislature of 1872. This is a collection of Wright's stories compiled from a stenographic report taken in the one-hundredth year of his life and supplemented by his published stories written in his earlier years. Includes a six page speech given by Walter M. Pierce (previously the Oregon Governor and member of the Oregon State Senate and, at the time, a serving member of the U.S. House of Representatives) on the occasion of Wright's one-hundredth birthday. The cover features an illustration of the SS Dunham Wright, the Liberty Ship named after him and which was launched in 1943.