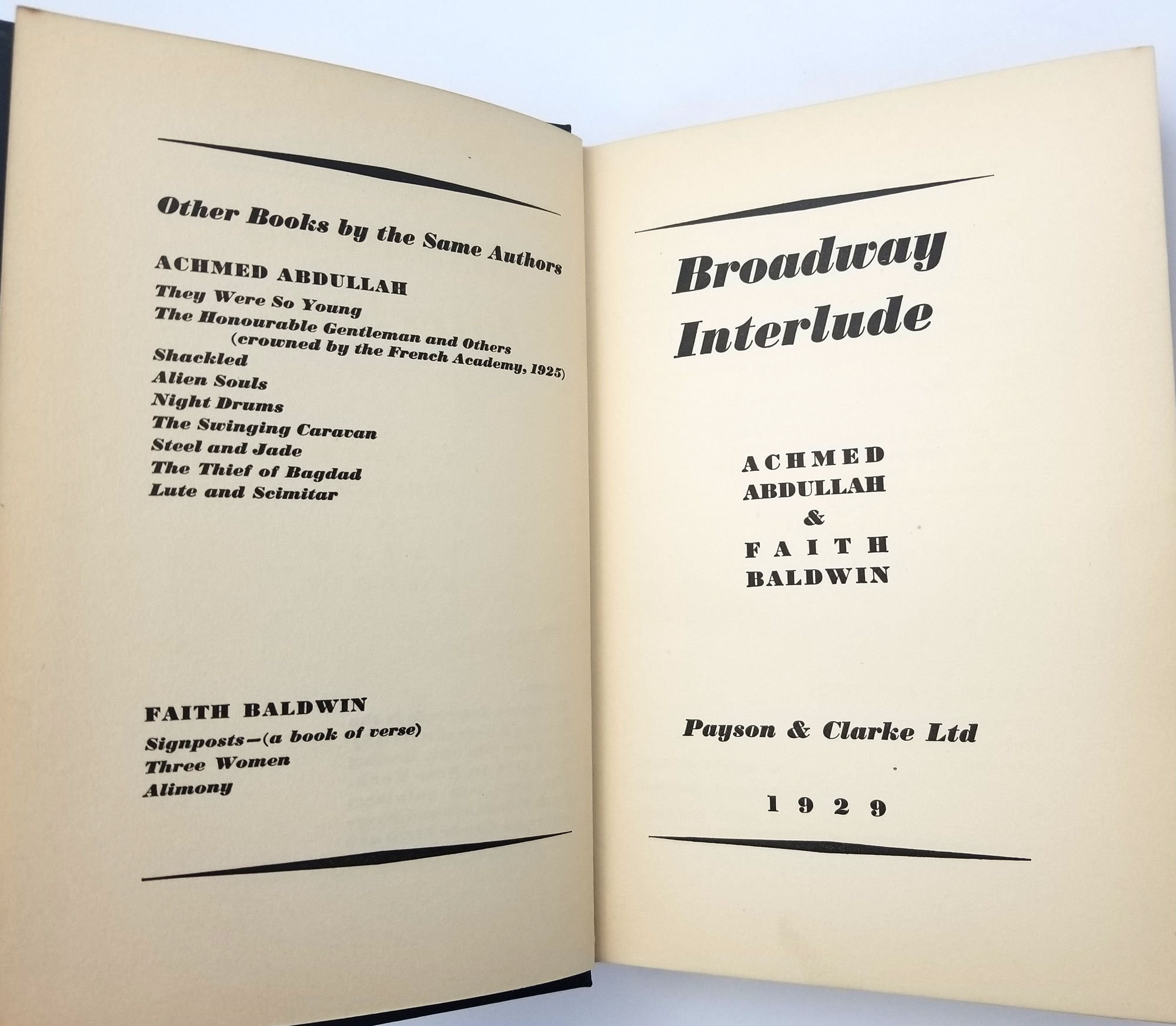 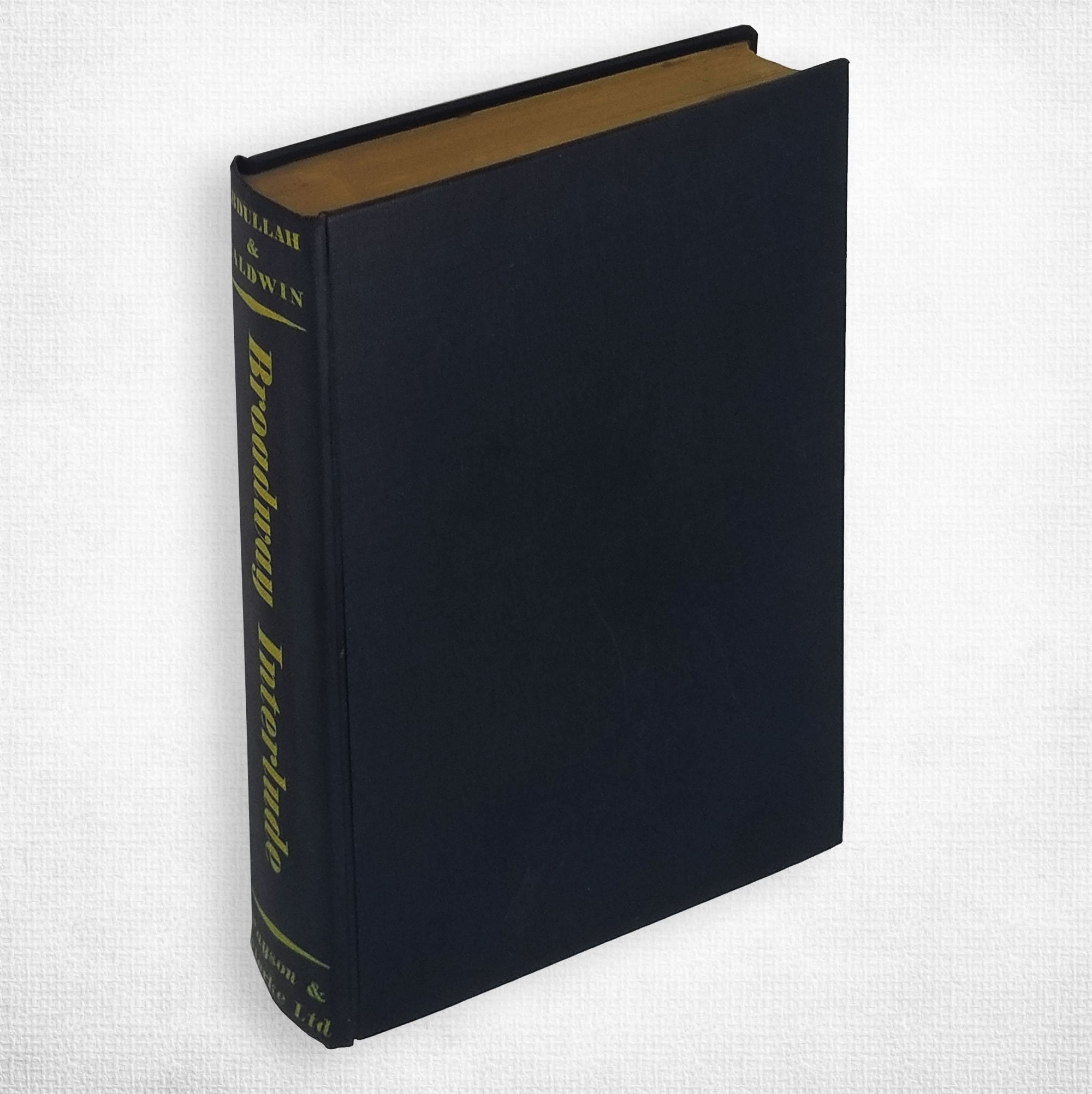 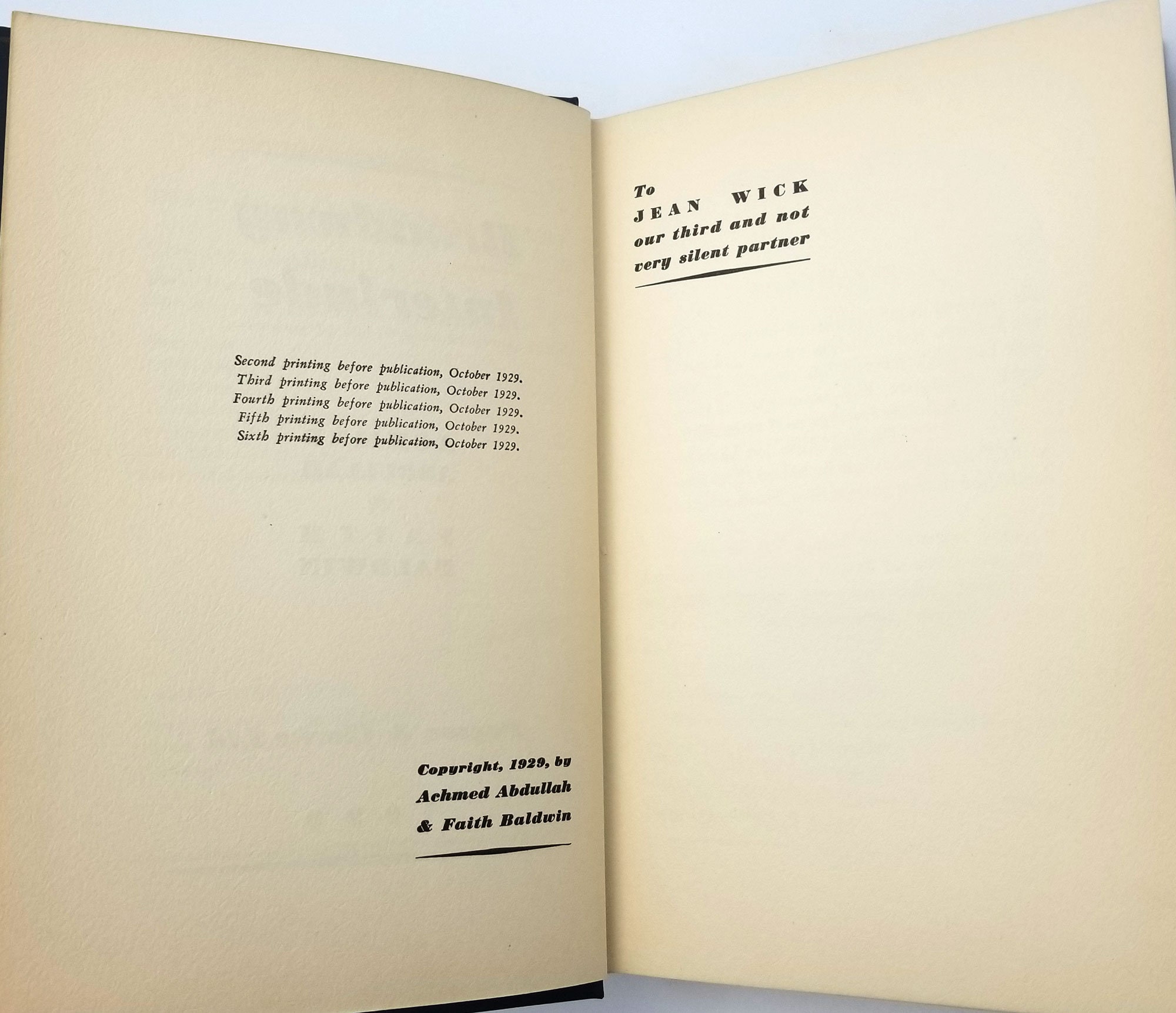 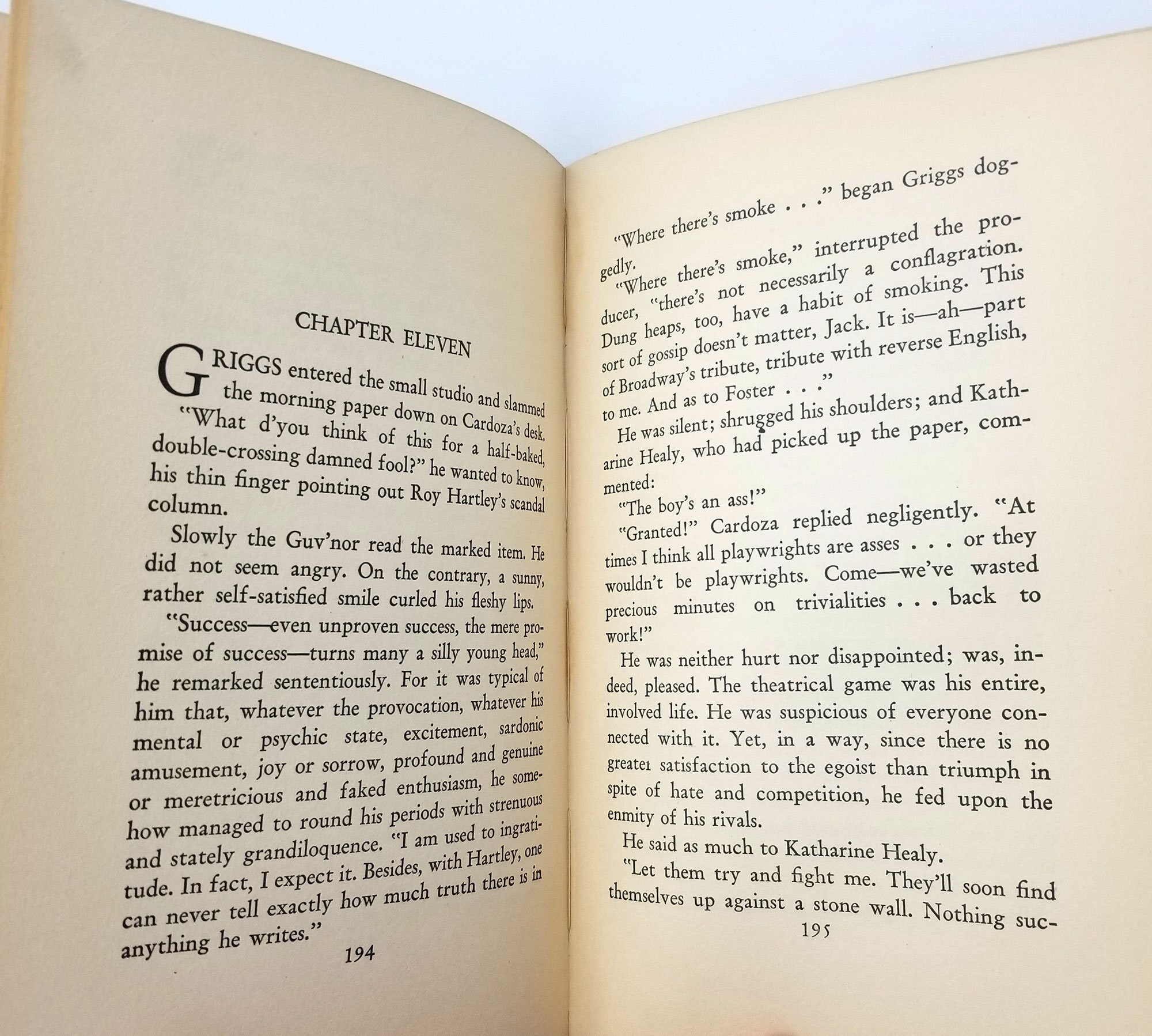 A novel about Broadway and an aspiring young actress and an equally aspiring young playwright who come to New York and encounter a self-serving theatrical producer.

Achmed Abdullah (1881-1945) was an American writer, noted for his crime, mystery and adventure stories. He also co-wrote the screenplay for The Thief of Baghdad (1924) which starred Douglas Fairbanks and he earned an Academy Award nomination for his work on the screenplay The Lives of a Bengal Lancer (1935). Faith Baldwin (1893-1978) was a prolific American author of romance and fiction.