Round the World with Train. A Typhoon: Confessions of a Private Secretary Concerning a Tour of World in 67 Days by S. W. Hall Hardcover 1891 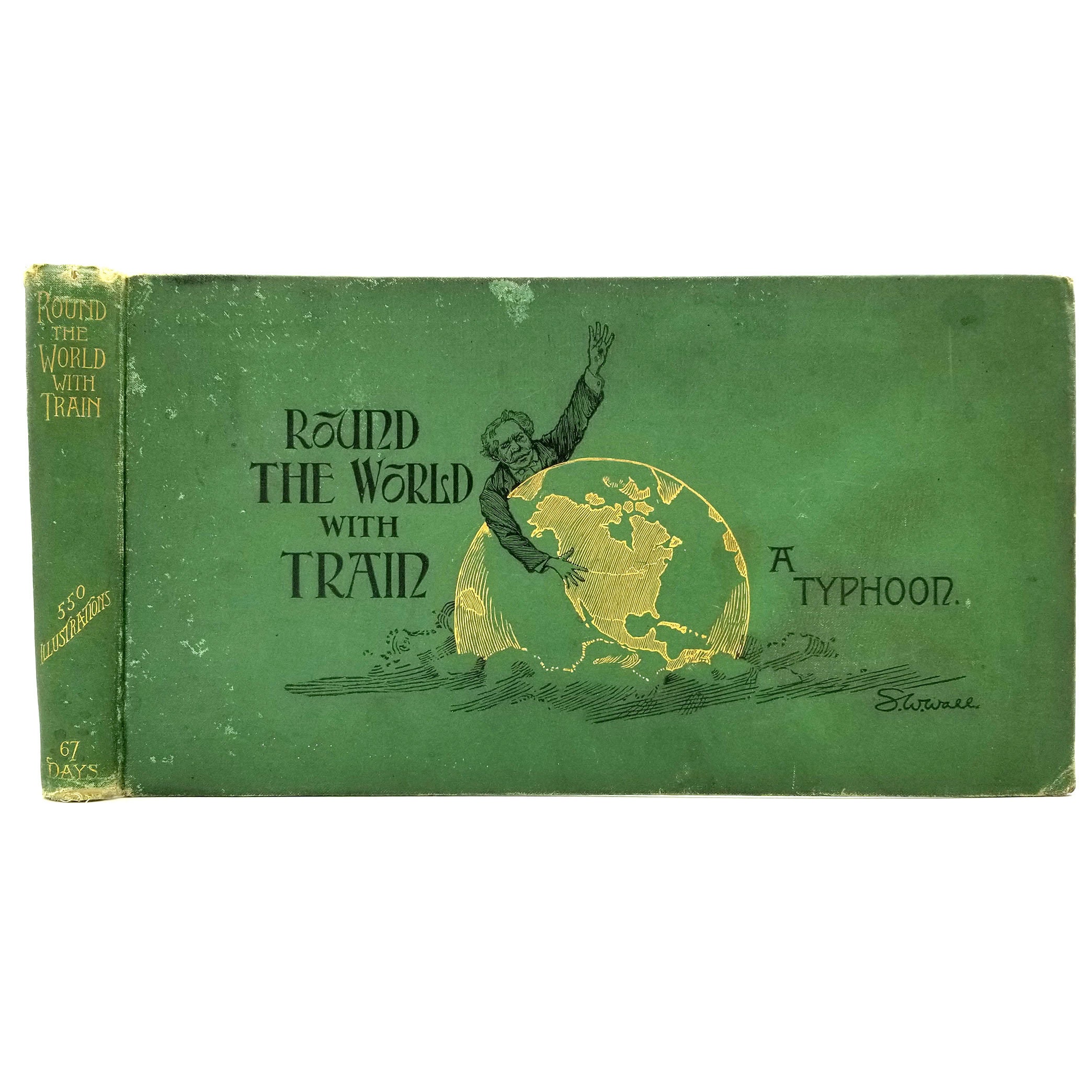 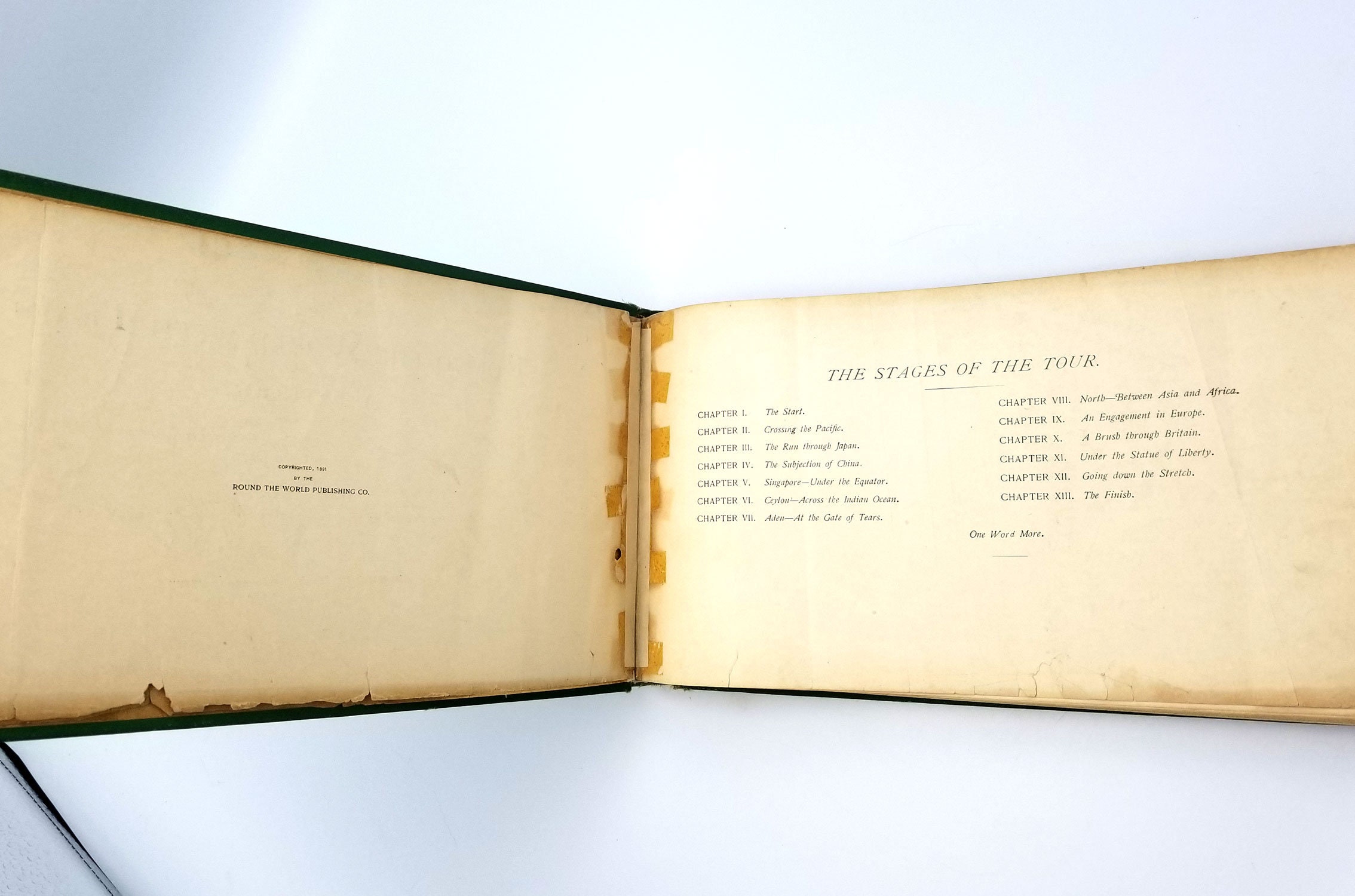 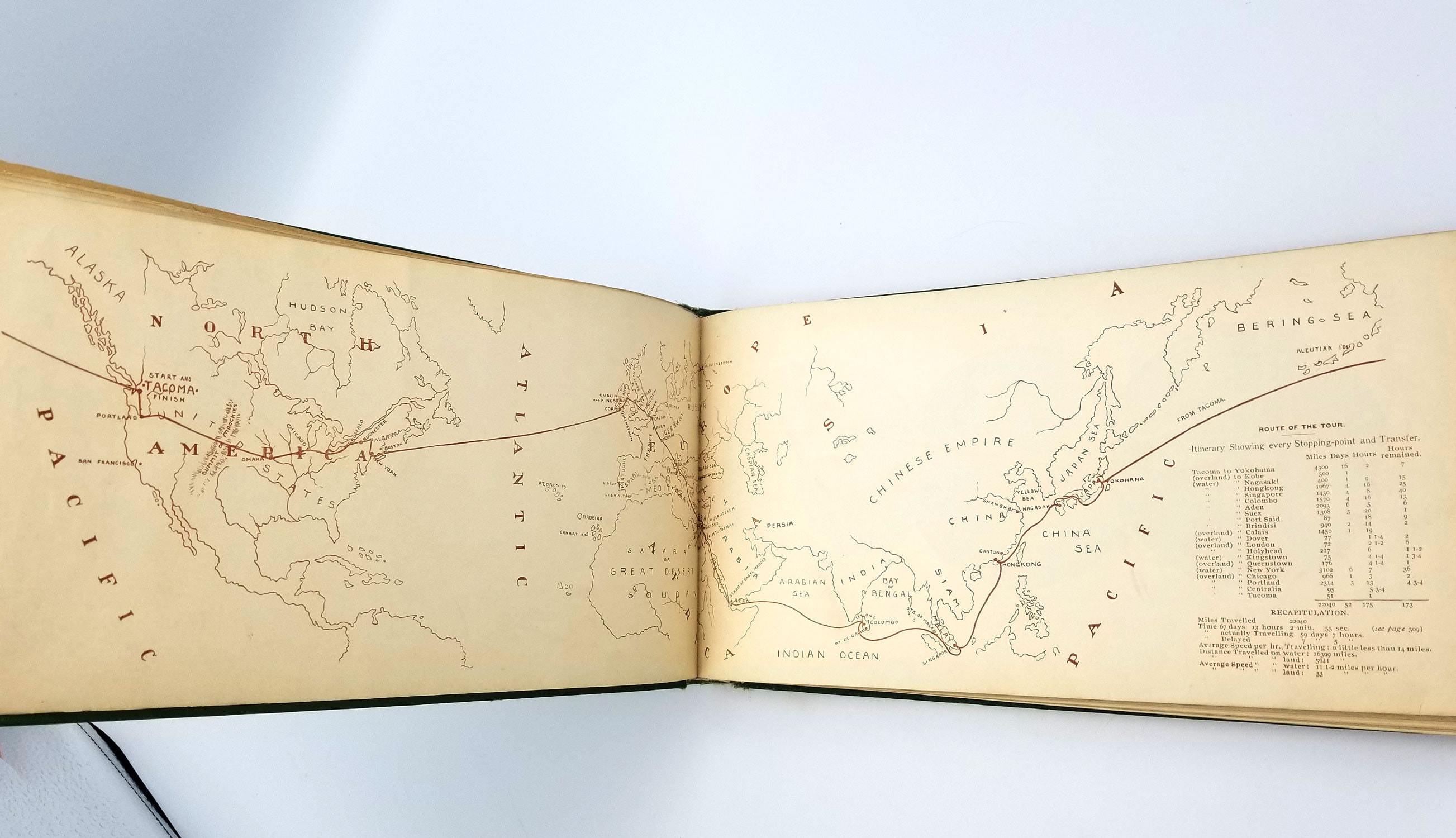 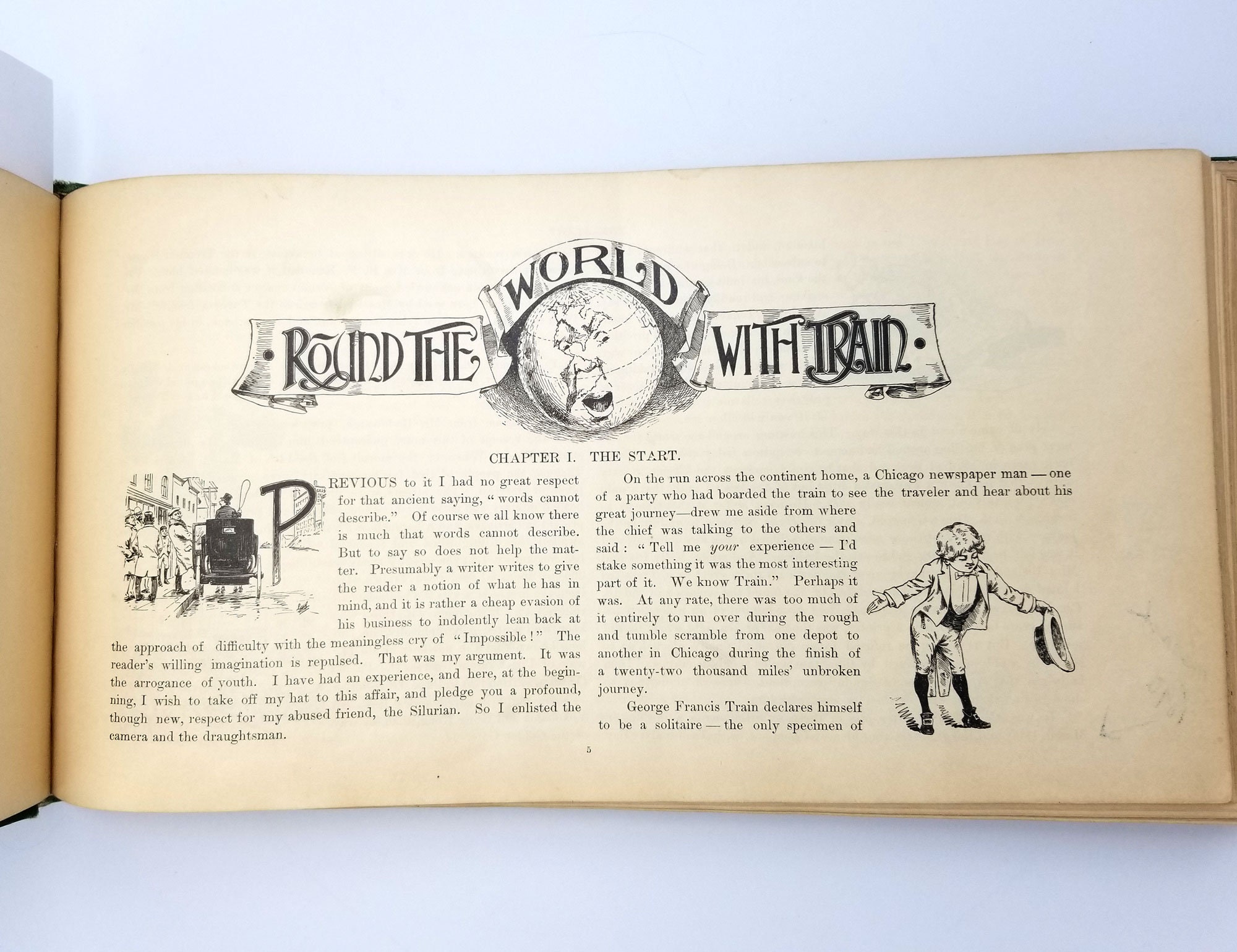 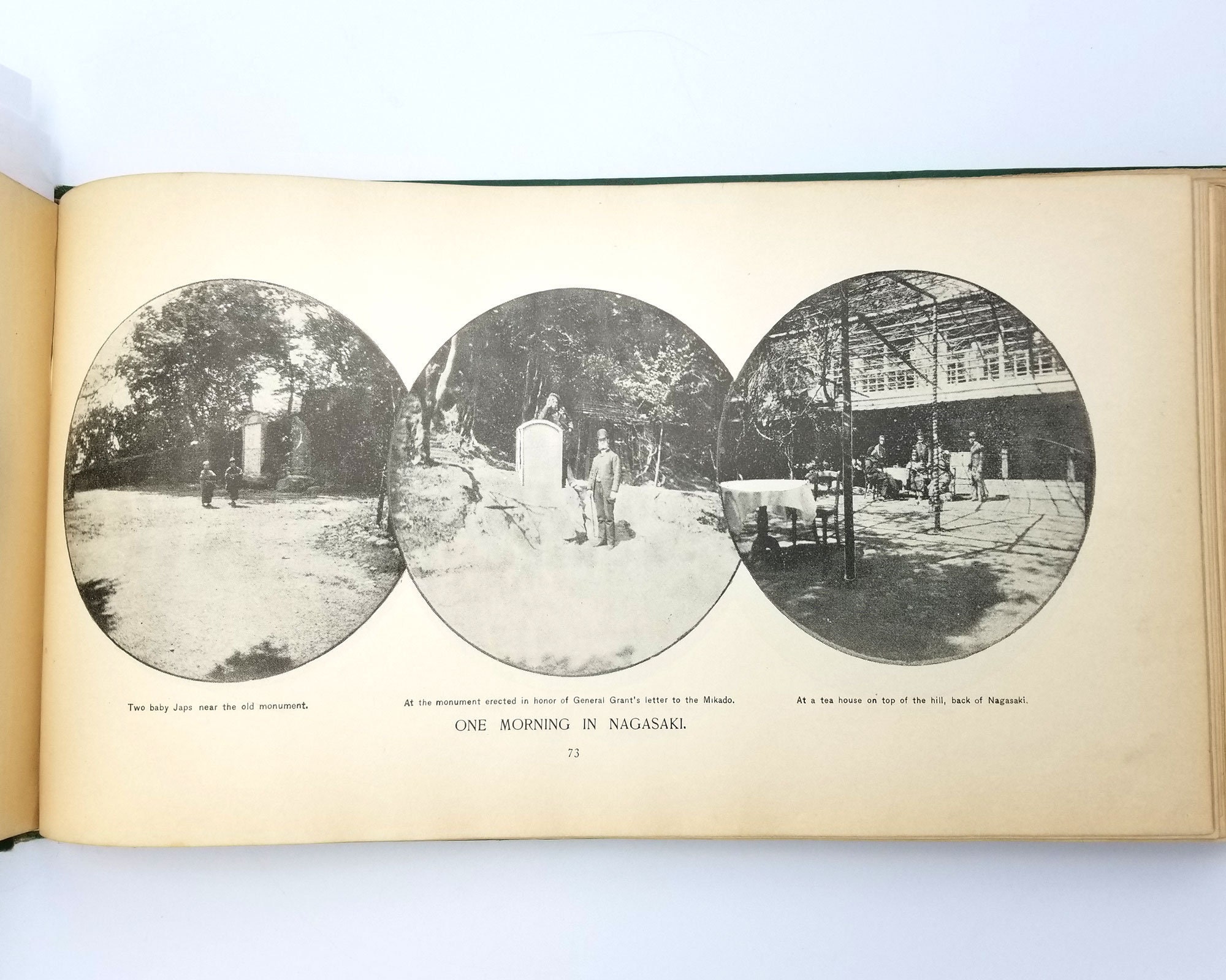 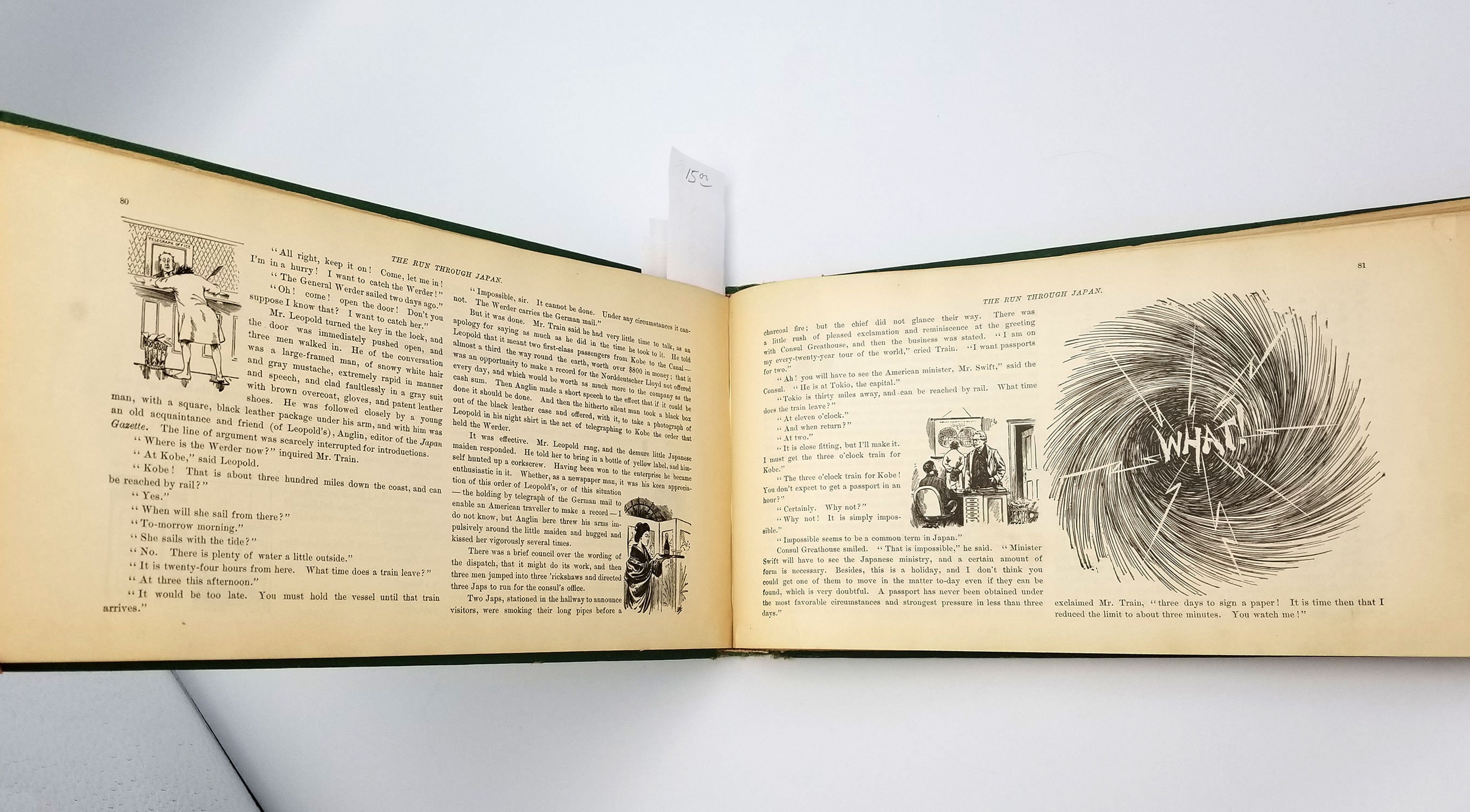 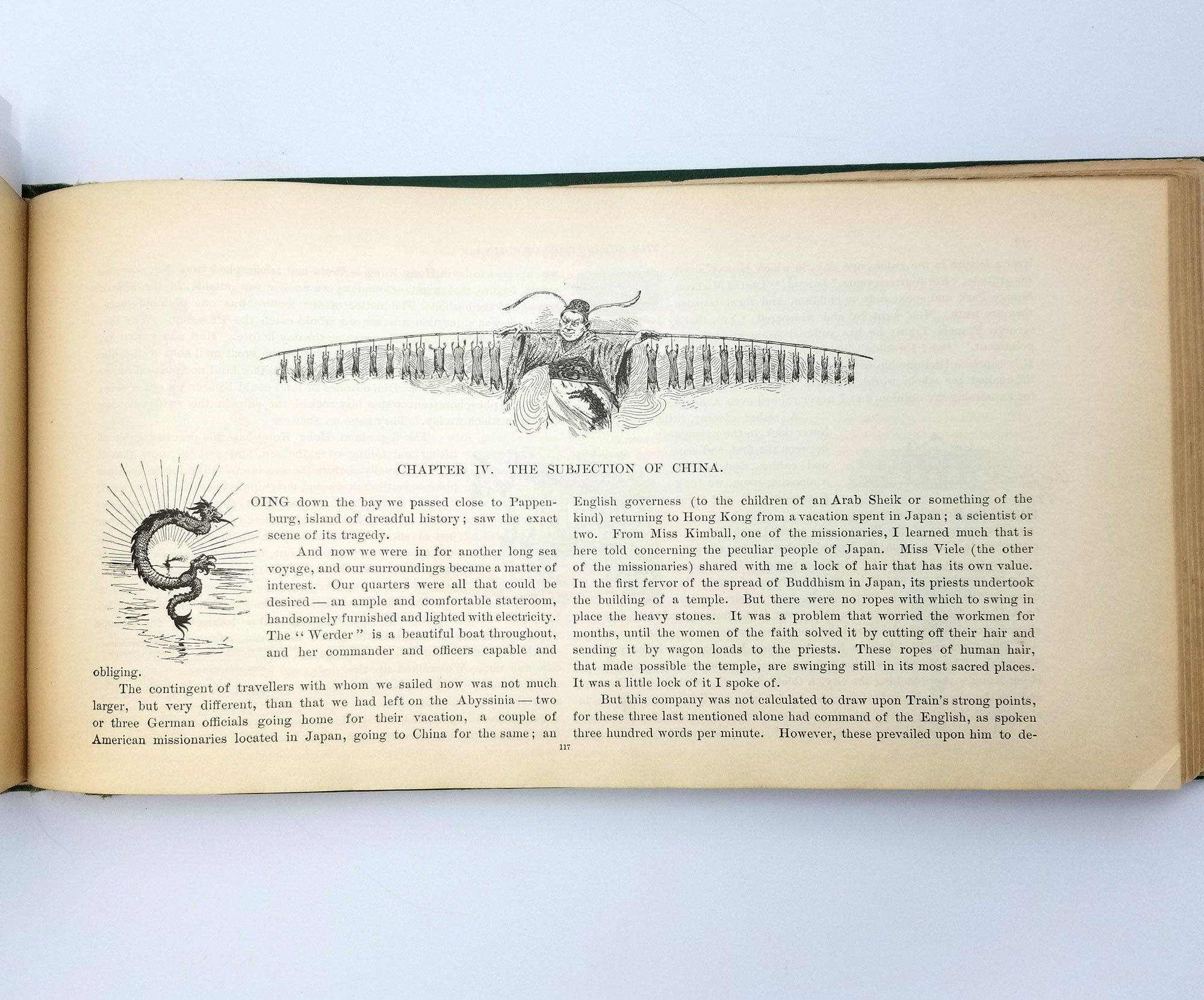 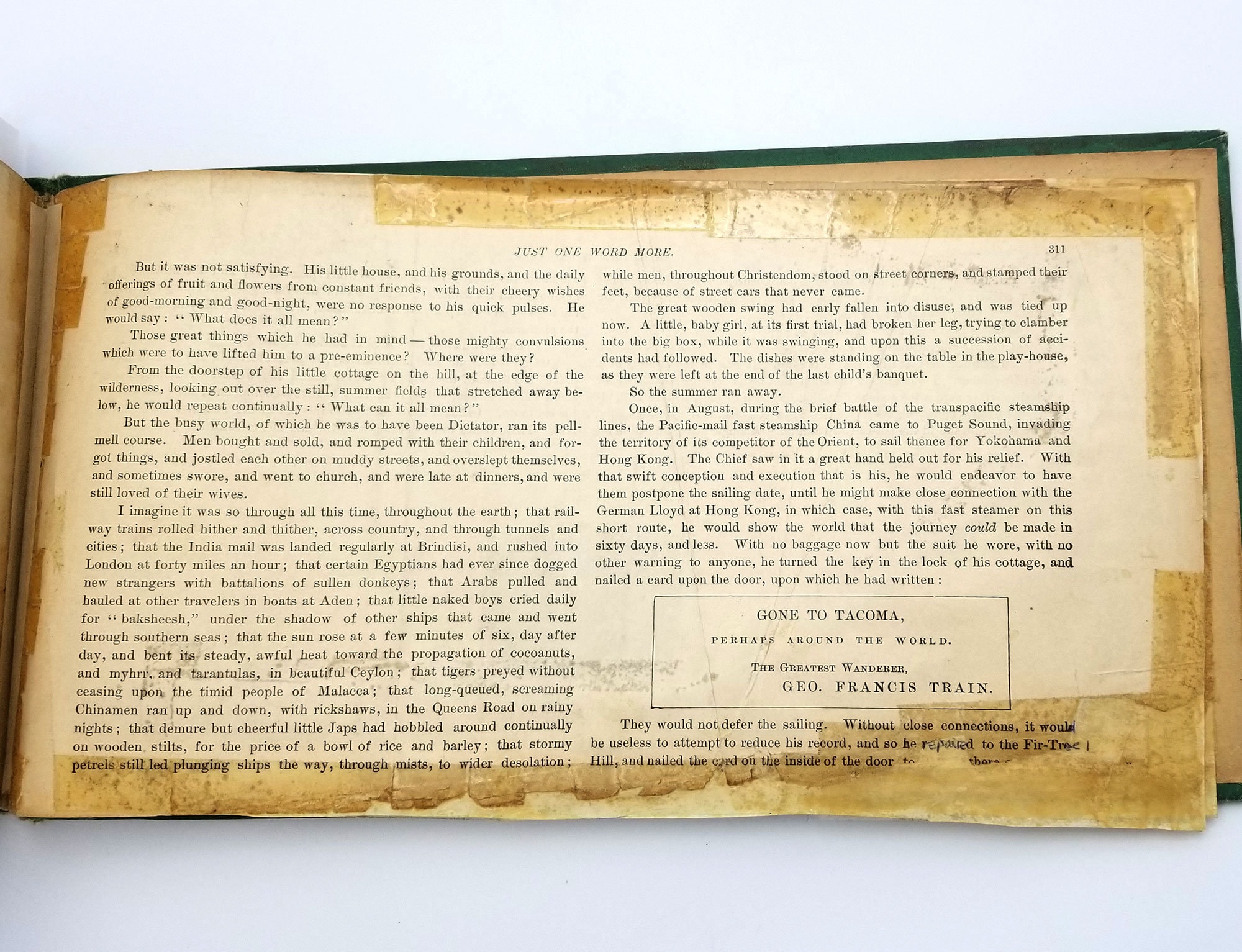 Title: Round the World with Train. A Typhoon: Being the Confessions of a Private Secretary Concerning a Tour of the World in Sixty-Seven Days

Description: Green cloth boards pictorially stamped in black and gilt. Worn at head and foot of spine and corners; general wear with a little heavier soiling on the rear board. Front and rear matter have been archivally rehinged; scotch tape stains from previous repairs. Previous owner's name on ffep; marginalia on a couple pages. Some chipping to page edges (mostly to those pages at the very front and rear); the rear fep and the preceding leaf have very heavy edge wear and were repaired with scotch tape long ago; a few words in the bottom line of text are lost on one page. 550 illustrations (300+ from reproductions from photographs taken with a Kodak, and 200+ line drawings by G. H. Blair). 6.5 x 12 inches (oblong).

A travelogue documenting George Francis Train's 1890 trip around the globe (from Tacoma to Tacoma) in record time and presented here by his secretary Samuel W. Wall. The journey is vividly and entertainingly described, from steaming across the Pacific Ocean to time spent in Nagasaki and Hong Kong, Ceylon, the Suez, through Italy and Europe, to Britain and across the Atlantic, and finally back over the North American continent. Various natives and fellow travelers are described, including hotel clerks and managers, waiters, train conductors, ship captains and telegraph operators; occurrences on ships and trains and many conversations are recounted. Local ways and travelers customs are brought to light. All in all, a fascinating look at world travel as it was in the 1890's.

George Francis Train (1829-1904) was a colorful, eccentric and adventurous American entrepreneur. He helped finance the Union Pacific Railroad by starting Credit Mobilier, organized global shipping lines, sponsored railways in Australia and the United States, was a one-time presidential candidate (1872), campaigned to be the Dictator of the United States, was imprisoned many times and in multiple countries (including once by the French government for colluding with the Communards--he was released after his personal friend, Alexandre Dumas, lobbied for his release), and made three highly publicized trips around the world. His first trip was in 1870, which he made in 80 days, and was the inspiration for Jules Verne's Around the World in Eighty Days and the character Phileas Fogg.

Publisher: Round the World Publishing Company